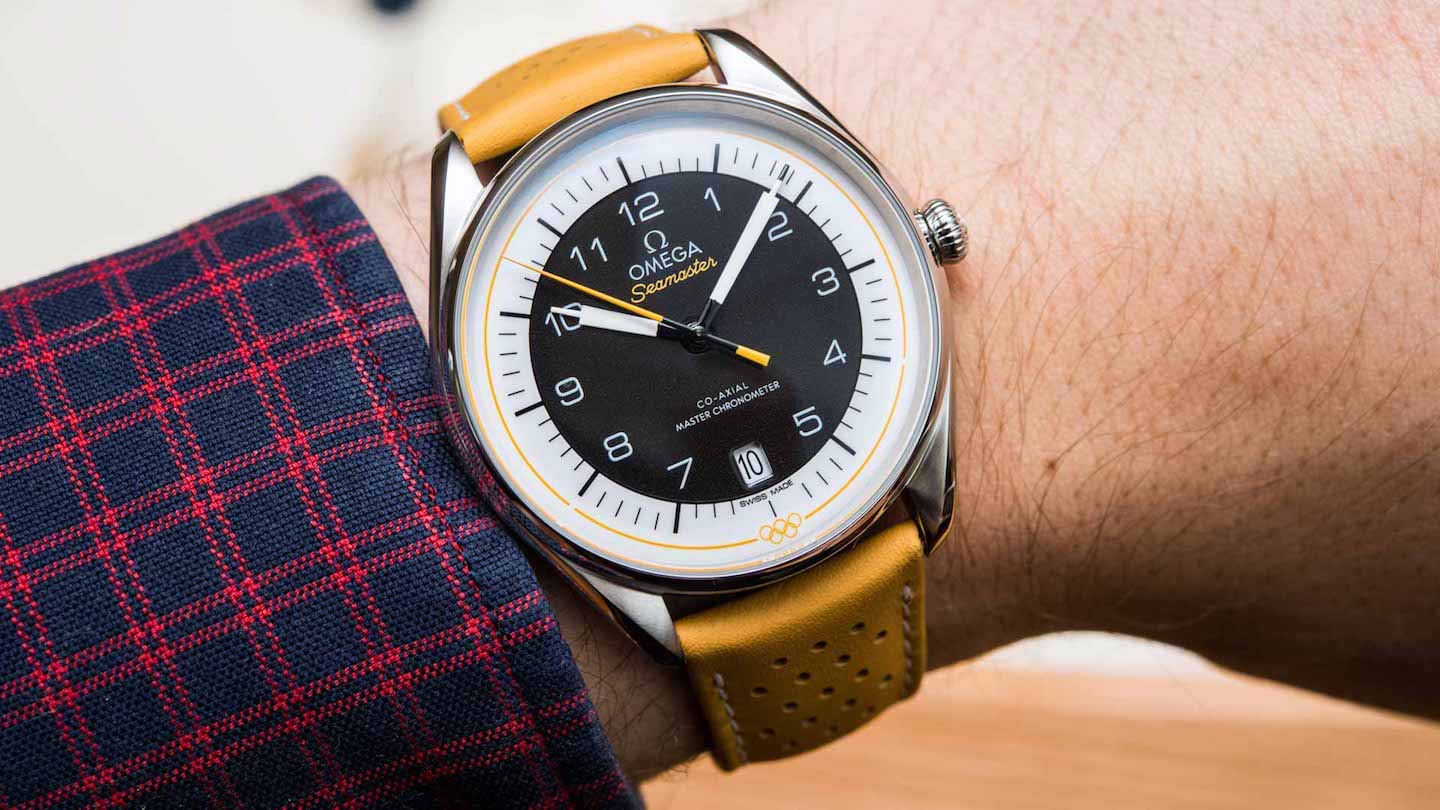 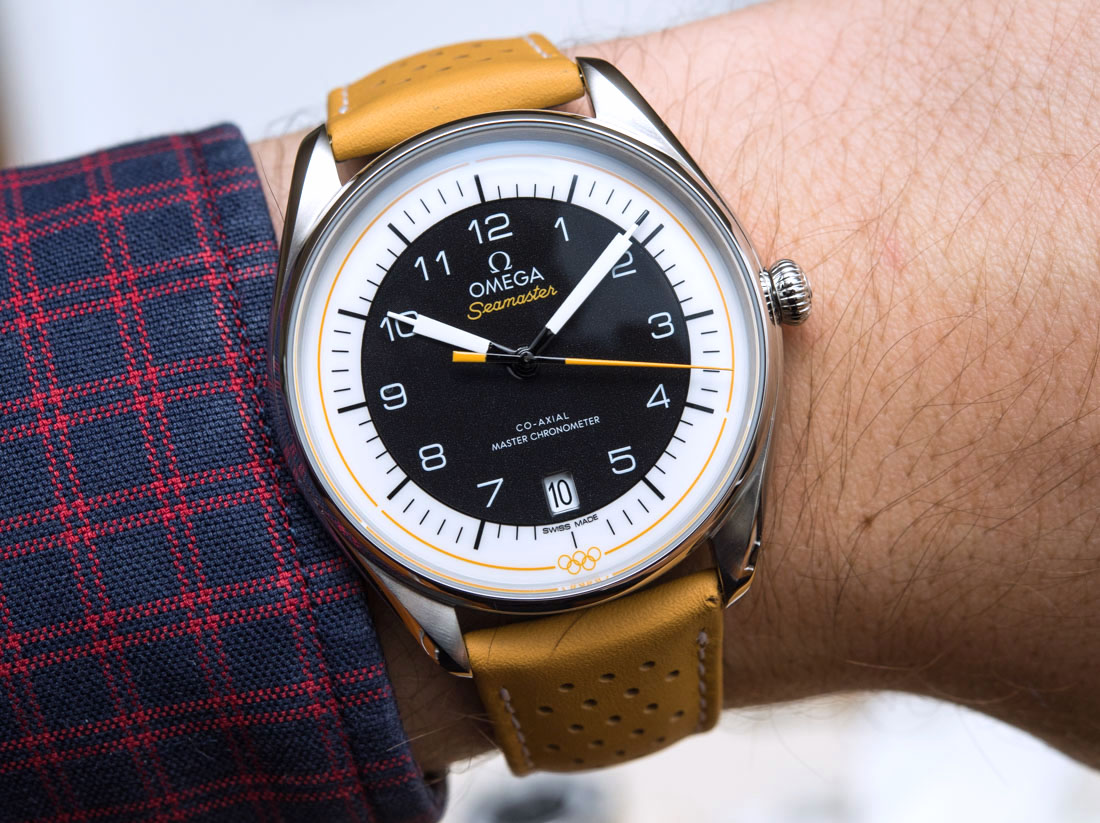 As official timekeeper for the Olympic games on 27 occasions since 1932, Omega certainly has earned the right to get a little carried away with its commemorative, Olympiad-themed limited editions. Coming once every two years, these colorful offerings have typically been re-skinned versions of Omega’s most popular sport watch collections, with details paying tribute to the host cities of the current games; like the maple leaf-inspired Seamaster Professional for Vancouver, an Aqua Terra with a Copacabana beach motif for Rio de Janeiro, and most recently, a Planet Ocean in the bold red-on-blue livery of South Korea, of course designed for Pyeongchang. But there’s a second, slightly newer, and lesser-known collection of Olympic watches that eschew the aforementioned visual codes and dates tied to specific games. These are known as the Olympic Official Timekeeper Collection watches, which pay homage to the many different original analog stopwatches used to time the games, and today, we’re looking at the latest addition: the Seamaster Olympic Official Timekeeper. 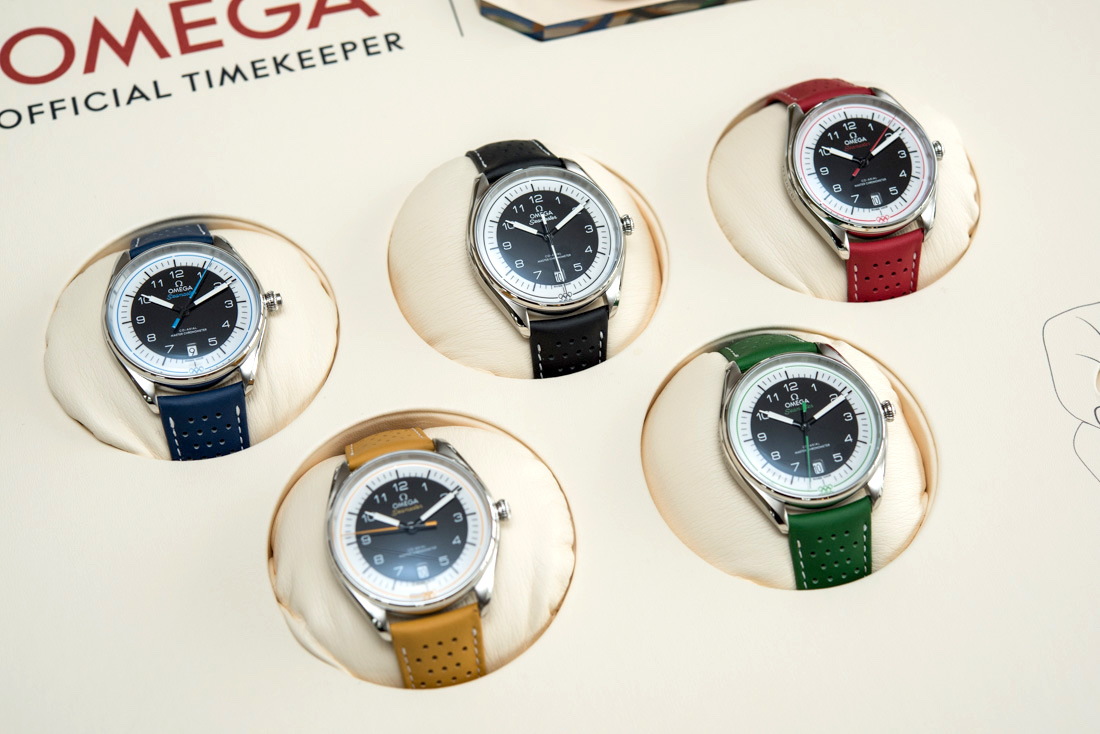 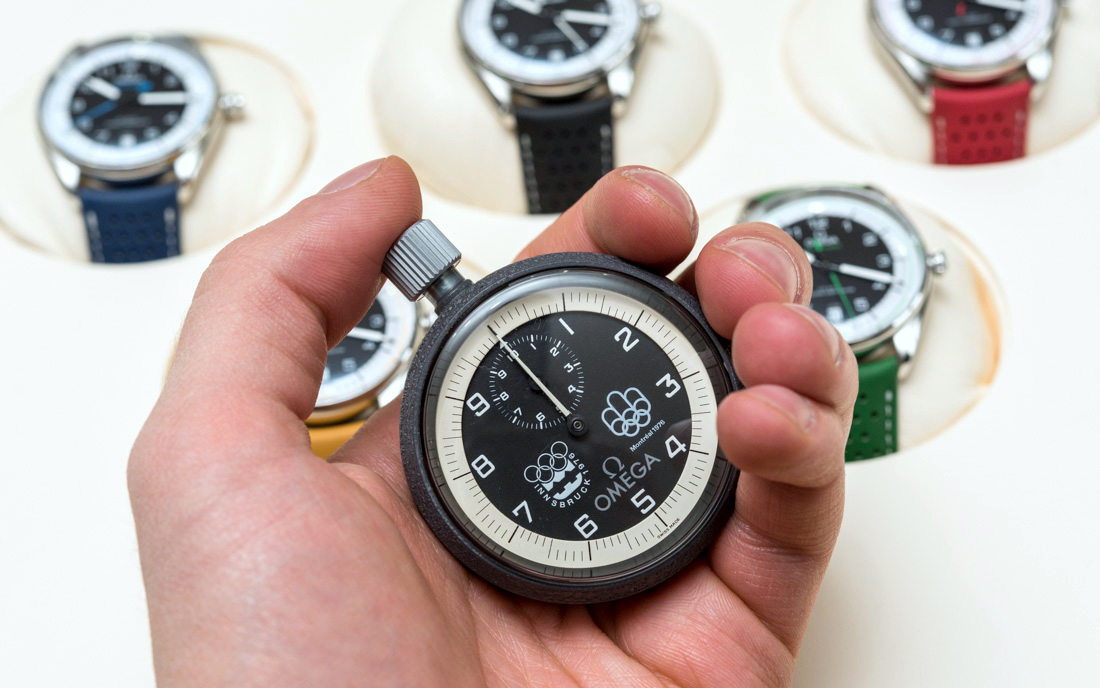 As mentioned, the Olympic Official Timekeeper doesn’t leverage any of Omega’s existing collections or design language, which has been the modus operandi for pretty much every prior Olympic edition, save for the actual watches and instruments developed by Omega for use by game officials. It’s these timekeeping instruments – the same ones used to measure the rise and fall of world records – upon which the collection is based. The last addition to this collection was inspired by the pocket watches built by Omega to time the 1932 games in Los Angeles. This time around, this new Seamaster took design cues from the dials of stopwatches deployed at both the 1976 Innsbruck winter games, and the summer Olympiad in Montreal of the same year. 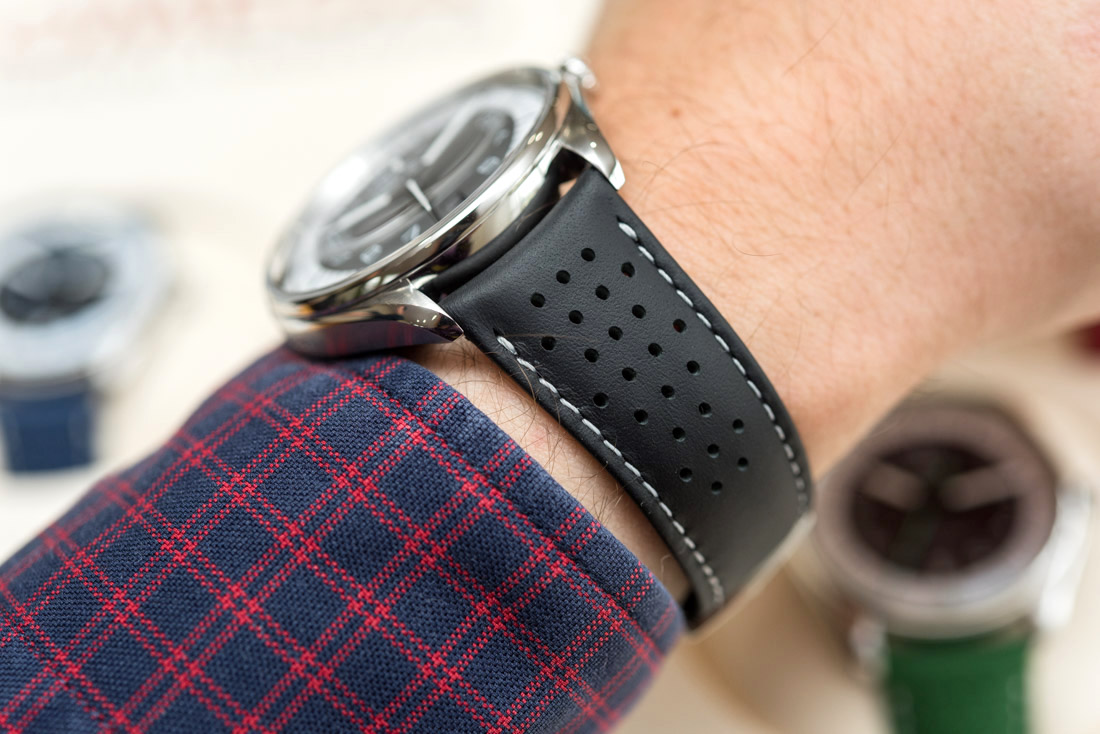 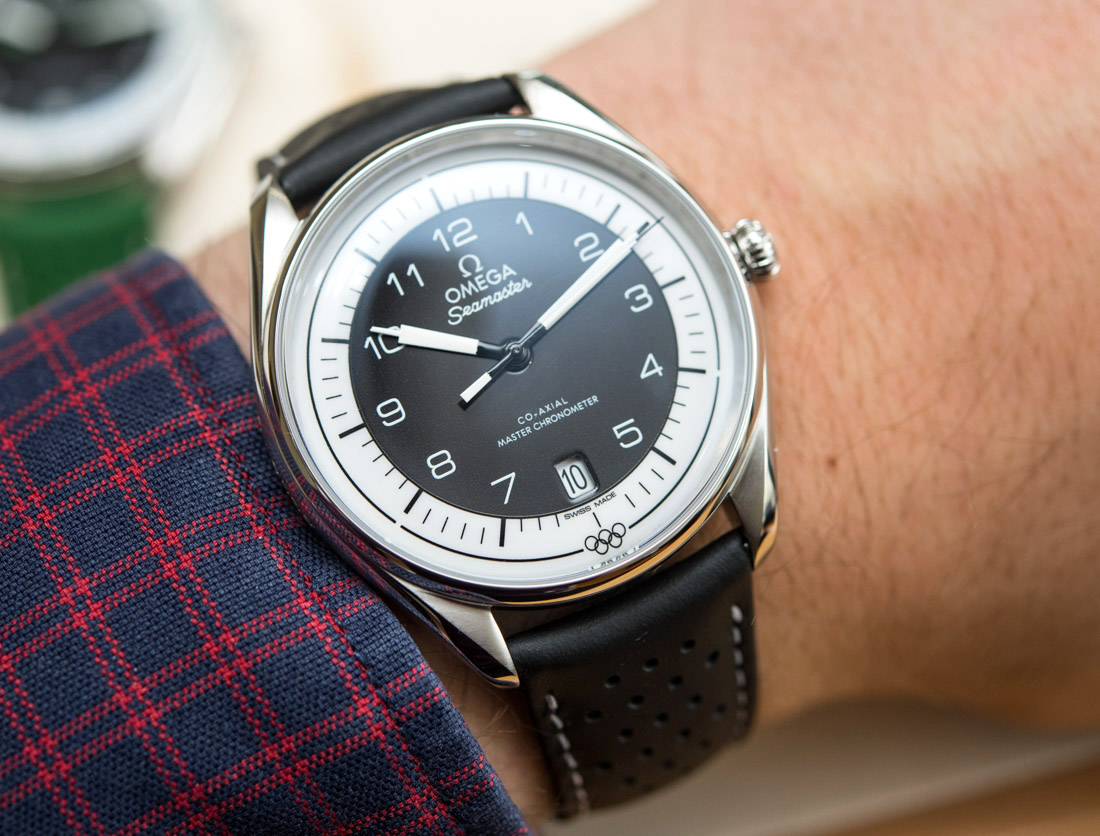 Compared to the original 1932 pocket watch, it’s a decidedly racier, albeit slightly austere and modern aesthetic that seems to have more in common with speedometers of sports cars in the early eighties than timekeeping for the global Olympiad. Hell, if it weren’t for the Olympic ring motif at 6:00 on the dial, the black-on-white variant could be mistaken for a vintage auto racing watch, or perhaps the spiritual successor to the original Speedmaster Racing in 3-hand form. Either way, the source material for this particular watch was significant in that those stopwatches were among the last analog timing instruments used at the games before the full advent of digital timekeeping. 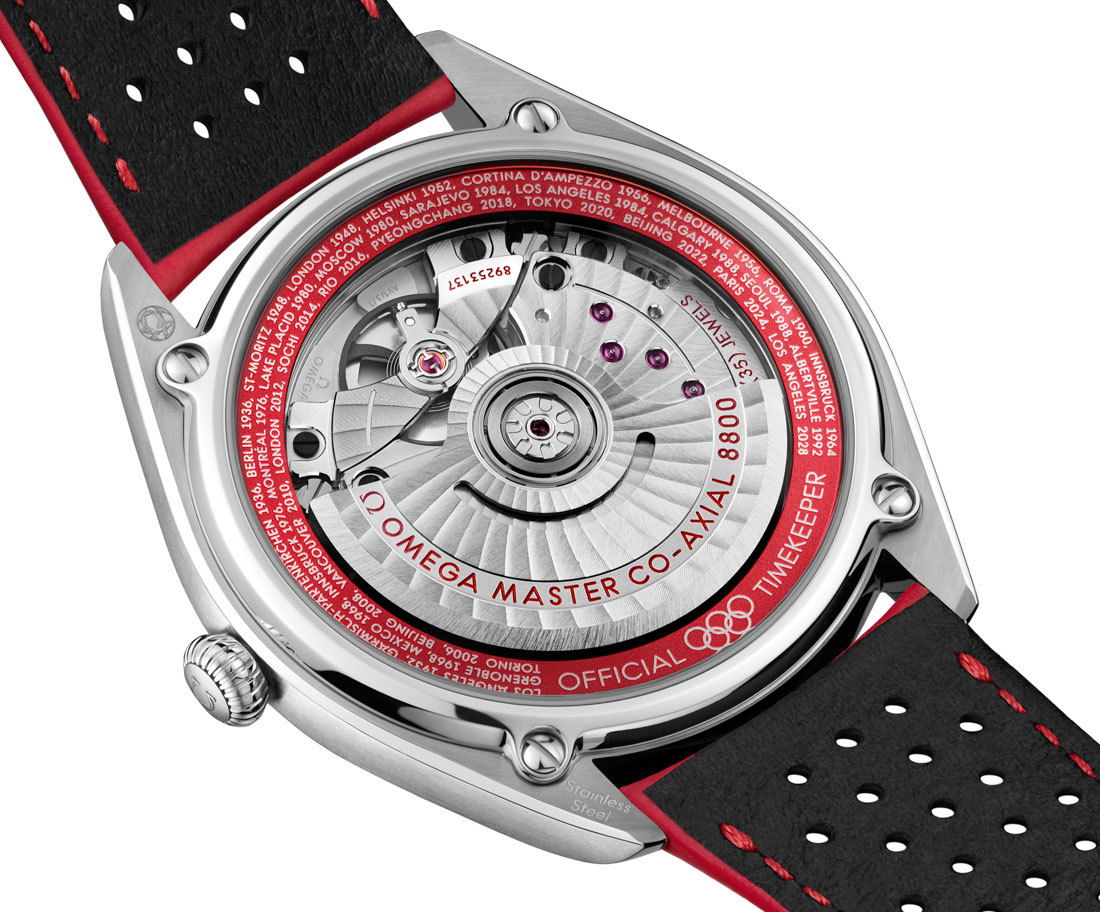 Inspiration aside, it’s a design that Omega has transferred exceptionally well to wrist form – particularly in the case’s restrained 39.5mm proportions and compact lug-to-lug length. Par for Omega’s modern mid-sized watches, the 8800 Co-Axial Master Chronometer movement is deployed (visible through the sapphire exhibition caseback), which has a date and 55 hours of power reserve, but lacks the independently adjustable hour hand, characterized by the 8900 series movements. Only after flipping the watch over is the Olympic tie-in most apparent. Each of the five editions is fitted with a matching anodized ring (colored, of course to represent each of the five Olympic rings) upon which the names of all the games Omega has timed since 1932 are displayed. 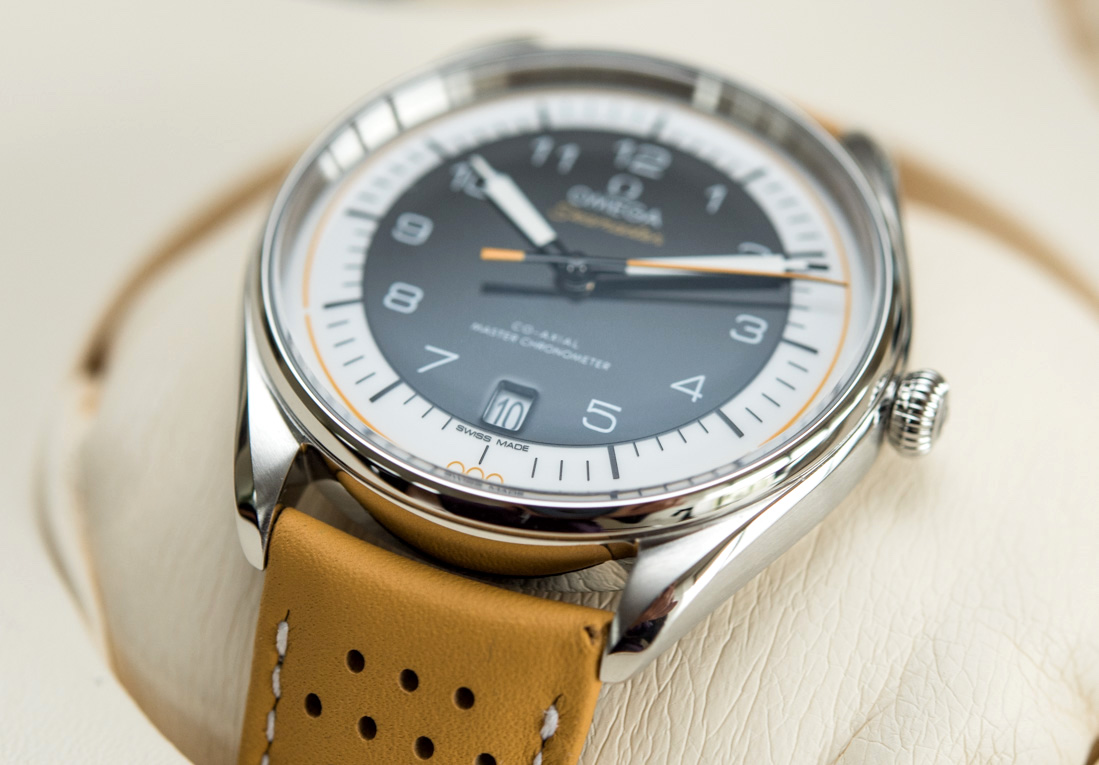 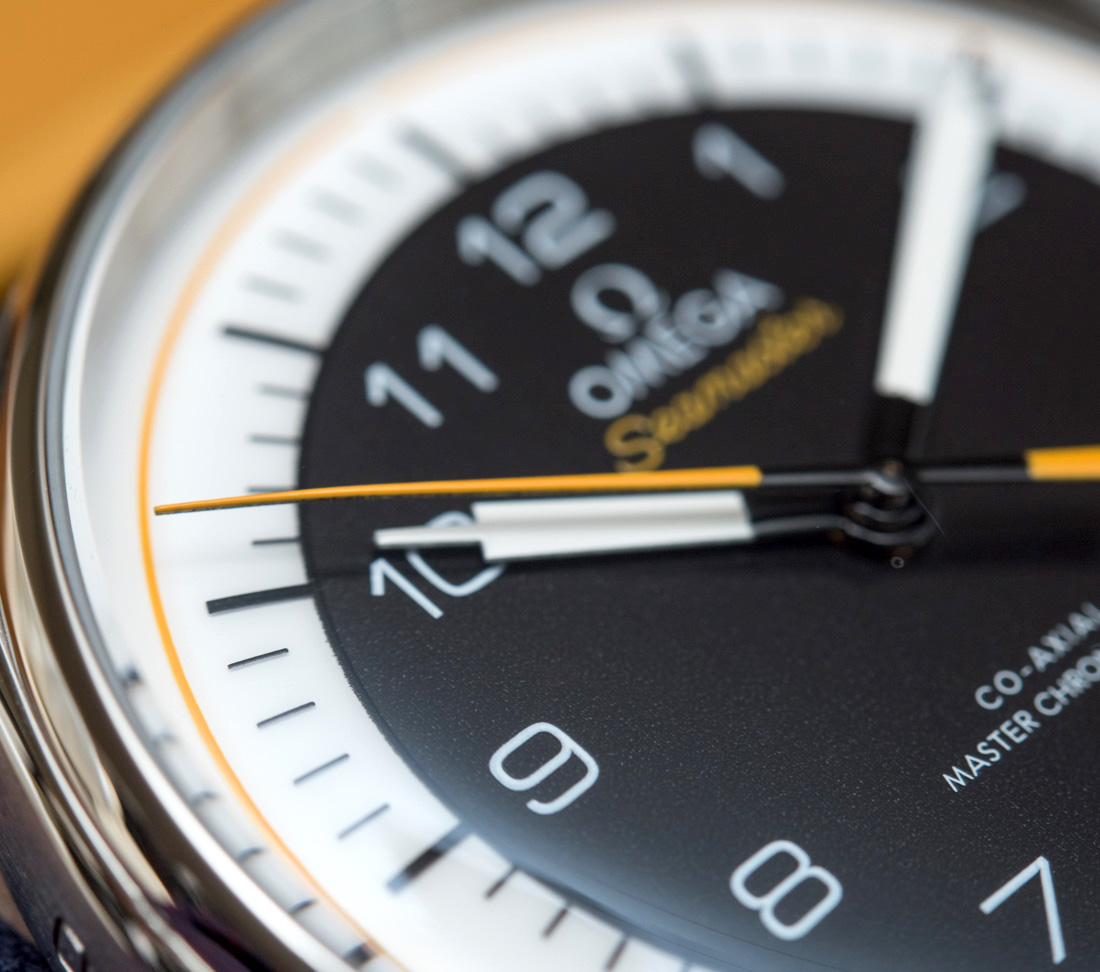 Legibility is excellent, thanks to the high-contrast layout of the black dial center, white outer minute track, and flat paddle hands. You might notice how the black tip of the minute hand extends ever so slightly into the white minute track – a particularly nice touch that brings balance between the two contrasting dial regions. Running the very outer edge of the dial is a pulse reader color-matched to the seconds hand, and separated by three 20-second timing intervals, enabling the wearer to roughly gauge their fitness by calculating their heart rate. 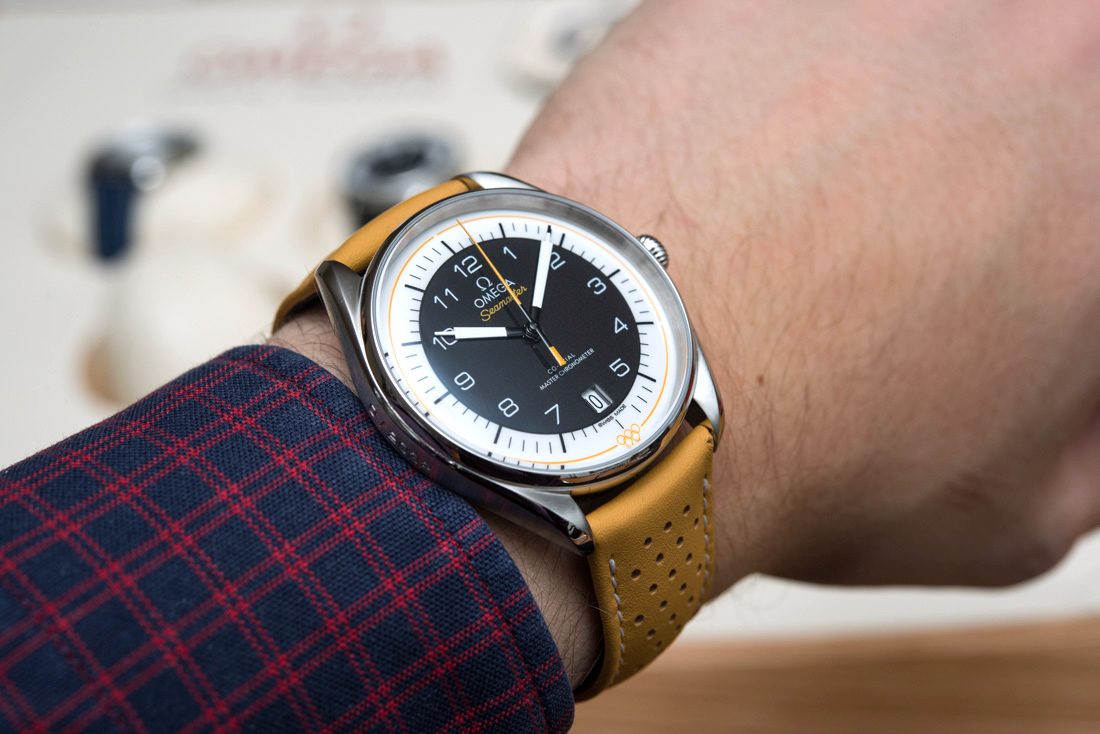 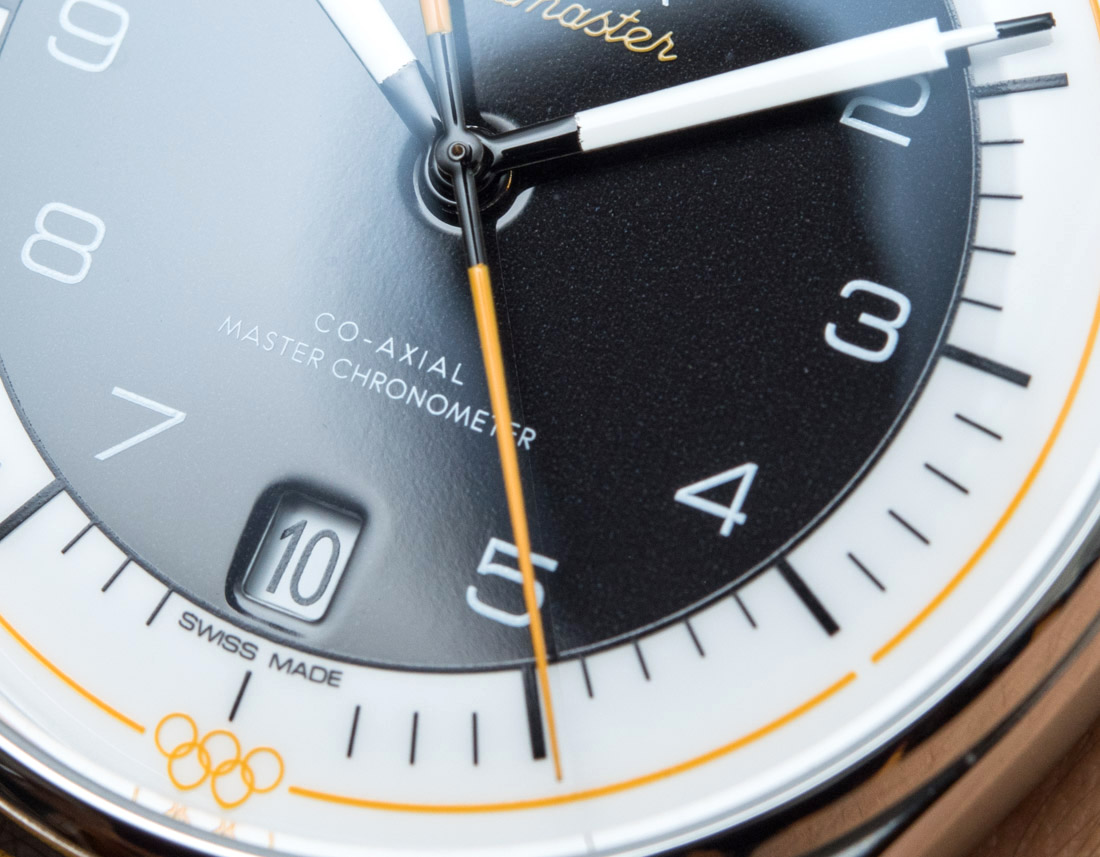 Now, it’s probably worth mentioning that this is a Seamaster in name only – aside from the signature twisted lugs, there’s nothing about the new Olympic Collection that would suggest any carry-over from Omega’s current Seamaster offerings (particularly as it’s only water-resistant to 60m). Hell, being based on a stopwatch used to measure speed nearly defaults it to being a Speedmaster, but that’s an argument for another day. It’s hardly a knock against the collection though, as this is ultimately a sporty and handsome watch in its own right, and one that should age with a little more grace than the more thematic Olympic editions. 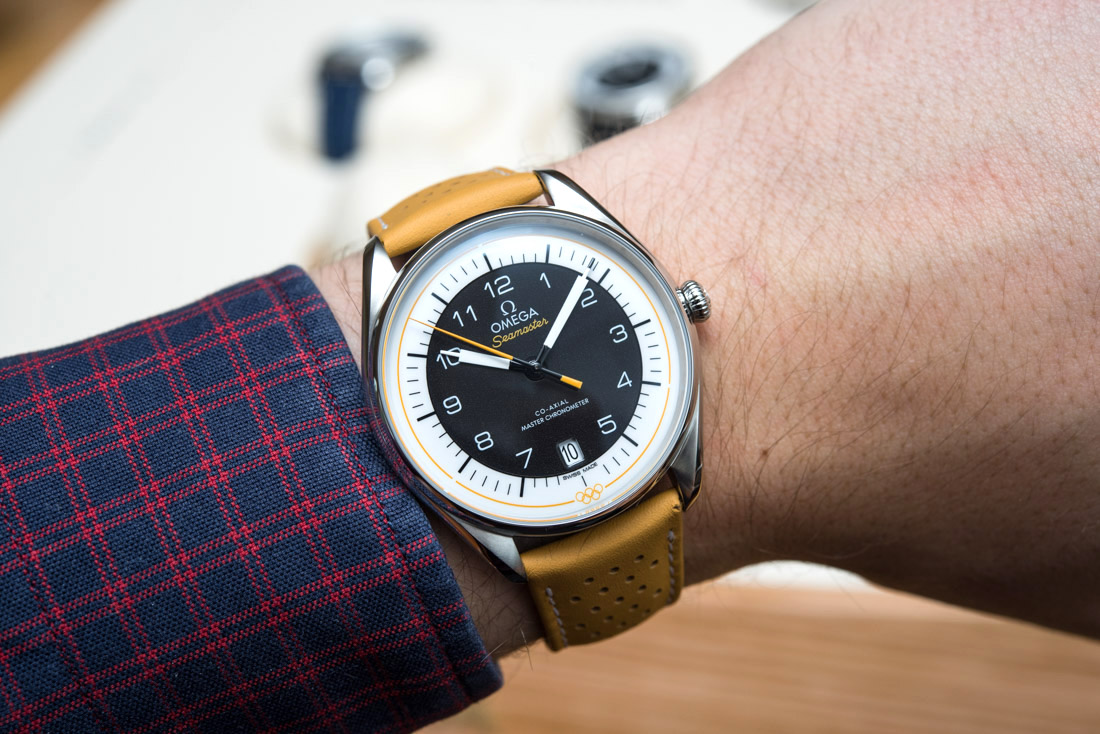 As it stands, 2,032 pieces in each of the five colors will be produced, each individually numbered and carrying a price of $5,400. This is of course in reference to the year 2032, which, despite being 14 years from now, will be Omega’s 100th year as official timekeeper to the games, making this something of a preemptive celebration. But in the traditions of the Official Timekeeper watches, at least it’s a consistently good looking celebration indeed. omegawatches.com