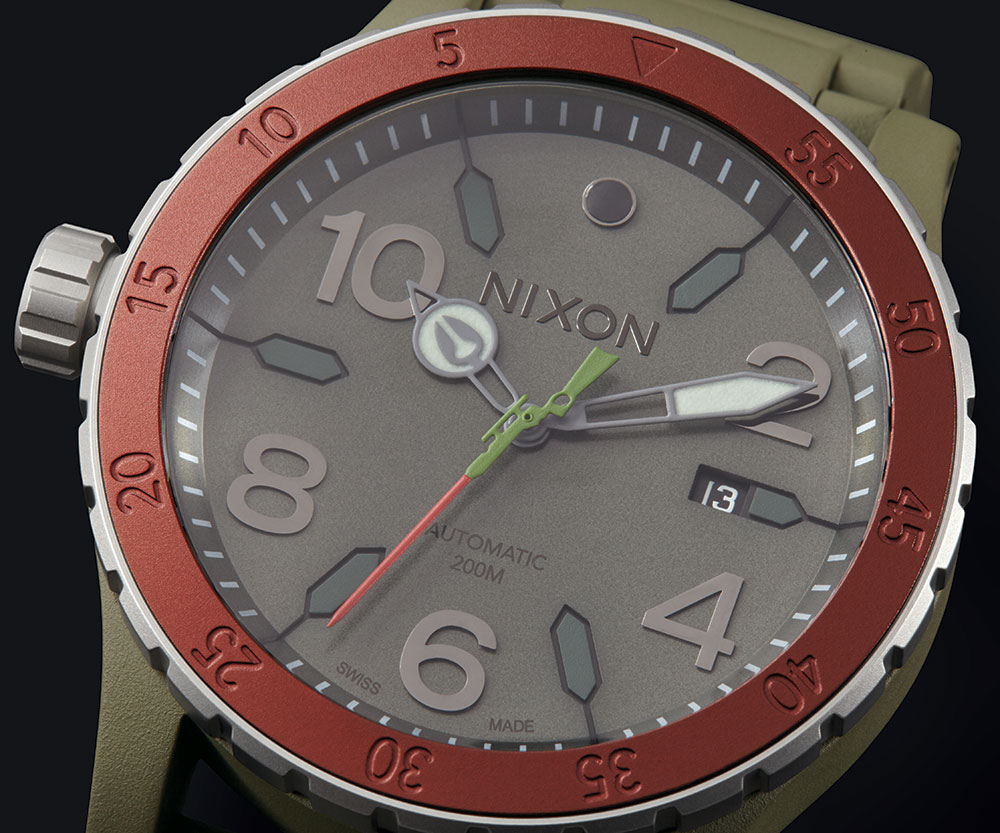 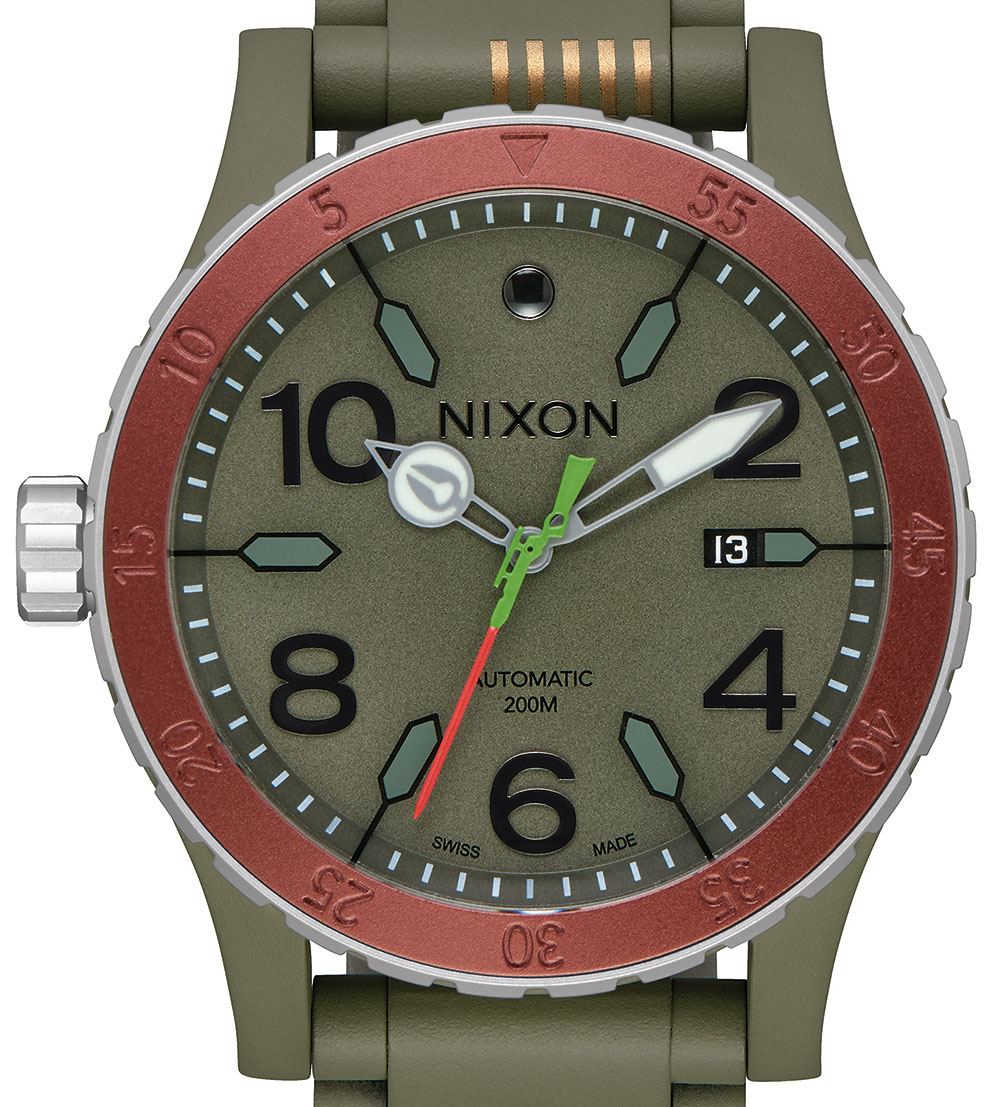 Have you ever looked at a watch and said, “You know what? This needs more Boba Fett.” If you’re among the (small) minority who has, then you’re in luck. Nixon‘s latest release in their growing Star Wars-themed collection of watches brings the iconic Jedi-stalking bounty hunter to your wrist. In celebration of May the 4th, otherwise known as Star Wars Day, the Nixon Boba Fett Diplomatic watch is exactly what you would expect a Boba Fett-themed watch to look like, down to the EE-3 carbine rifle for a seconds hand and unconventionally green case and bracelet. With a Swiss automatic movement, $2,500 price tag, and limited production, Nixon is aiming for a very select group of serious sci-fi fans. 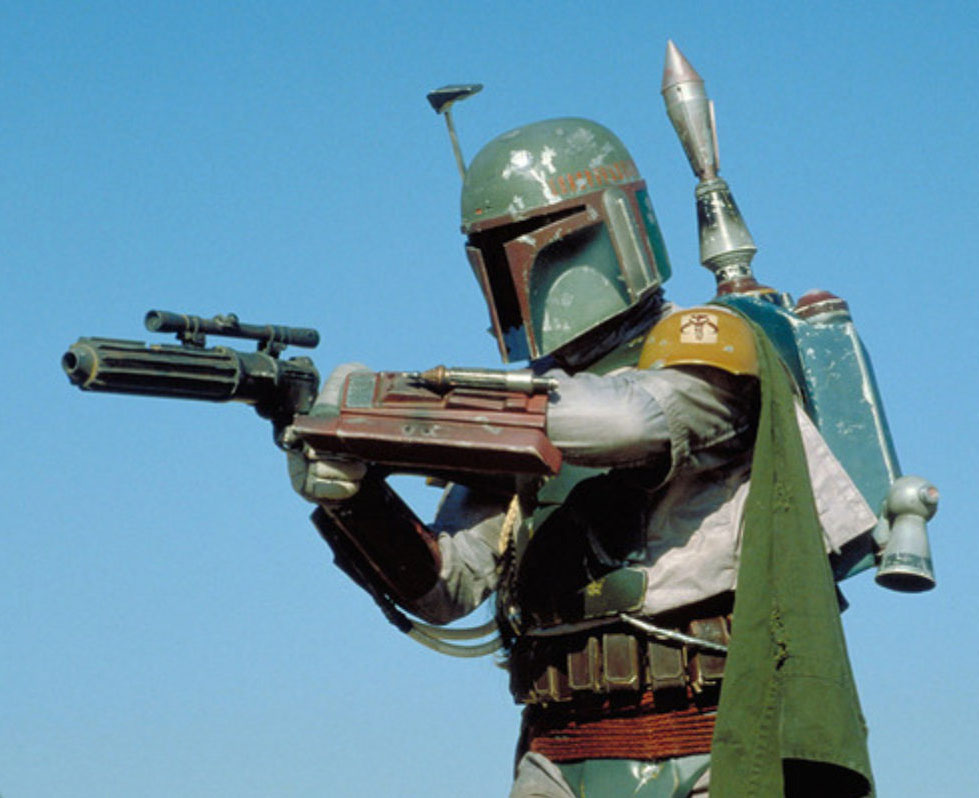 There’s no doubt Star Wars-themed watches have exploded with the “re-launch” of the franchise since Disney’s purchase of LucasFilm in 2012. We’ve seen some great pieces from Seiko with their Star Wars collections as well as some killer music box inspirations from MB&F – and that’s not even getting into the $30,000 Devon Star Wars watch. While people can fairly draw the parallels between watch enthusiasts and, say, car enthusiasts, I think it’s fair to add science fiction enthusiasts into that mix. While I’m sure a lot of people find these sorts of out-of-the-ordinary collections gimmicky (and rightfully so), it’s hard to blame Nixon for trying to appeal to avid fans of the largest science fiction property in history. Because there are a lot of them. 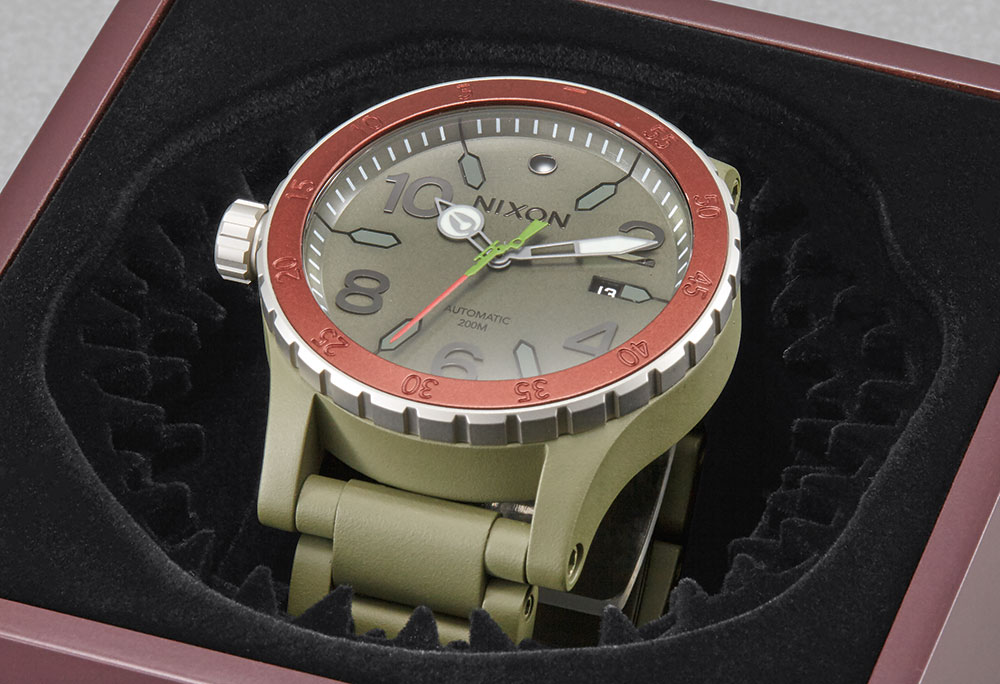 Let’s get to the watch. The Nixon Boba Fett Diplomatic watch measures in at 46mm and is made to be seen – and recognized. It doesn’t just take the size, as the entire stainless steel case is coated with a green PVD coating that almost gives it a military (or rugged bounty hunter) look and feel. The unidirectional maroon bezel with steel grip adds a nice pop of color to a majority green-colored watch, while also providing a countdown timer. Which may be useful for timing things, but probably won’t help with having your jet-pack accidentally activated by a metal rod (I’m not bitter). 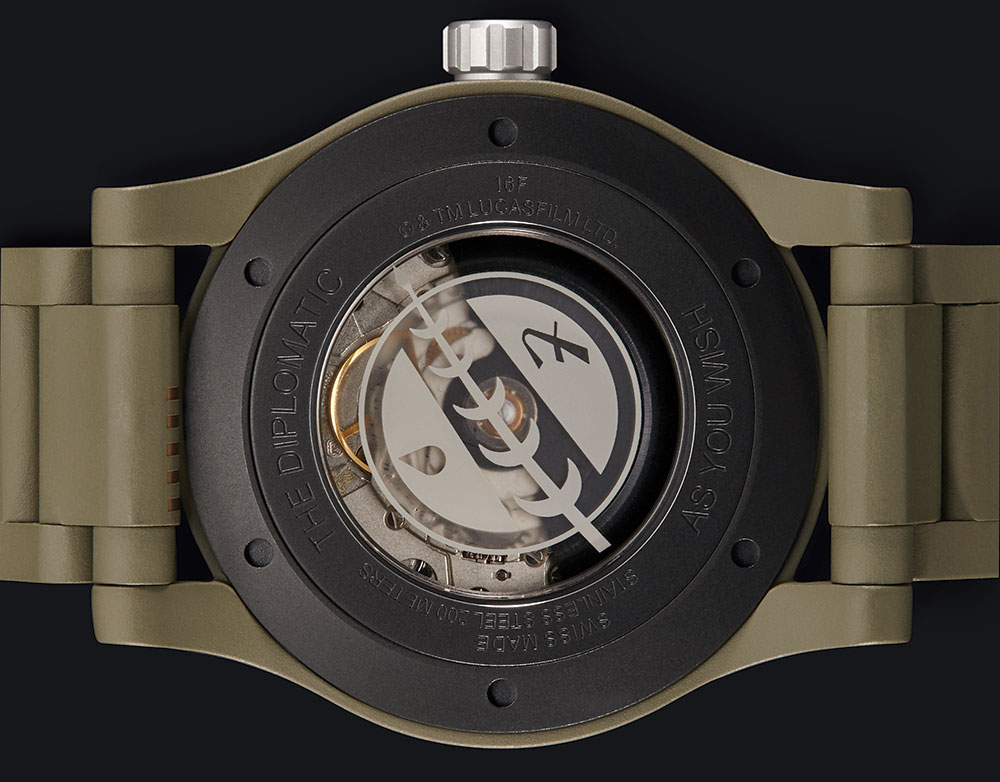 Domed sapphires are fitted to the front and back of the case. The back is adorned with a Jaster Mereels insignia that’s going to be a bit obscure for passing fans. However, avid fans of Star Wars lore will recognize it as the sigil of the man who saved Jango Fett, who later passed it on to his son Boba Fett (I know, I should get out more). It’s a testament to Nixon’s attention to detail when creating a watch for such specific fans. 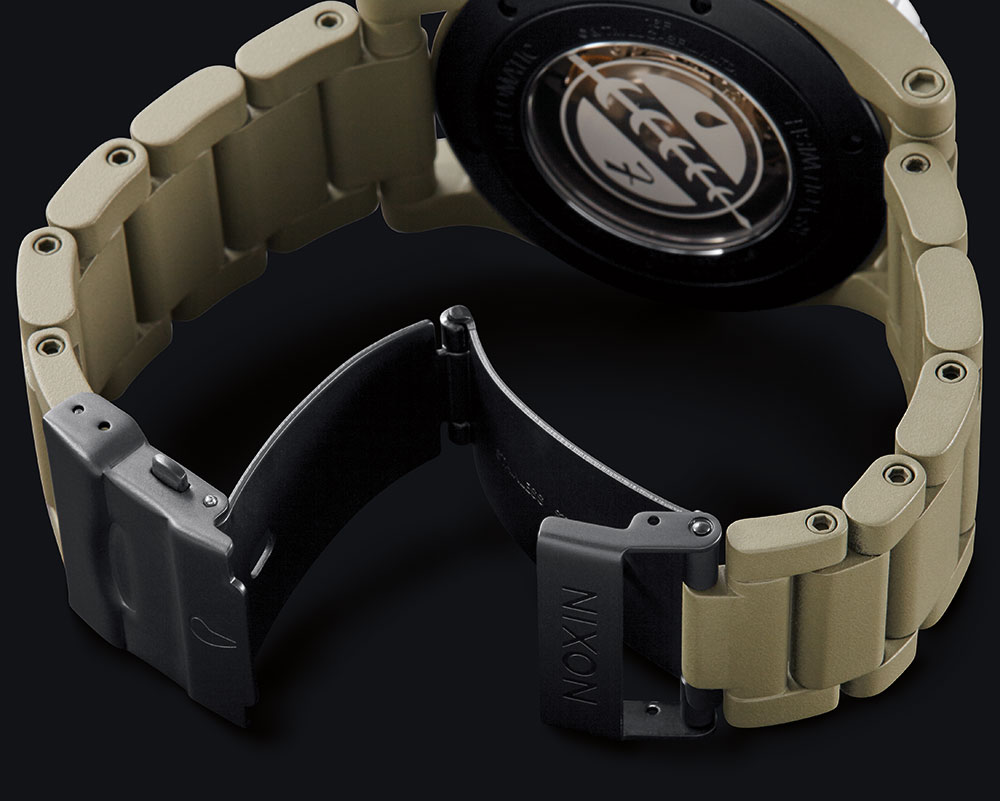 The Nixon Boba Fett Diplomatic watch is fitted with an ETA 2824-2 movement featuring three-hand timetelling, date, and a custom-engraved rotor. And speaking of seconds, the dial doesn’t disappoint when it comes to not-so-subtle Star Wars swag. The hour hand features the Nixon logo (which seems to neatly fit into a sci-fi universe), while the seconds hand is literally shaped like his carbine rifle shooting a red laser – a step further than the lightsaber-themed seconds hands throughout the Nixon Star Wars collection. The green and black applied indices feature a date display at 3 o’clock, and the watch is water resistant to 200m.

The Nixon Boba Fett Diplomatic watch only comes on a green PVD-coated stainless bracelet, a missed mark, in my opinion, as I think this would look awesome on brown leather or the same brown cloth that its quartz little brother, the Nixon Boba Fett Ranger, has. However, the black double clasp and sporty “quick-adjust” pins should make adjustments easy. An added Star Wars feature is the golden “kill stripes” adorning the top link above the lugs that fans will immediately recognize from Boba Fett’s helmet. 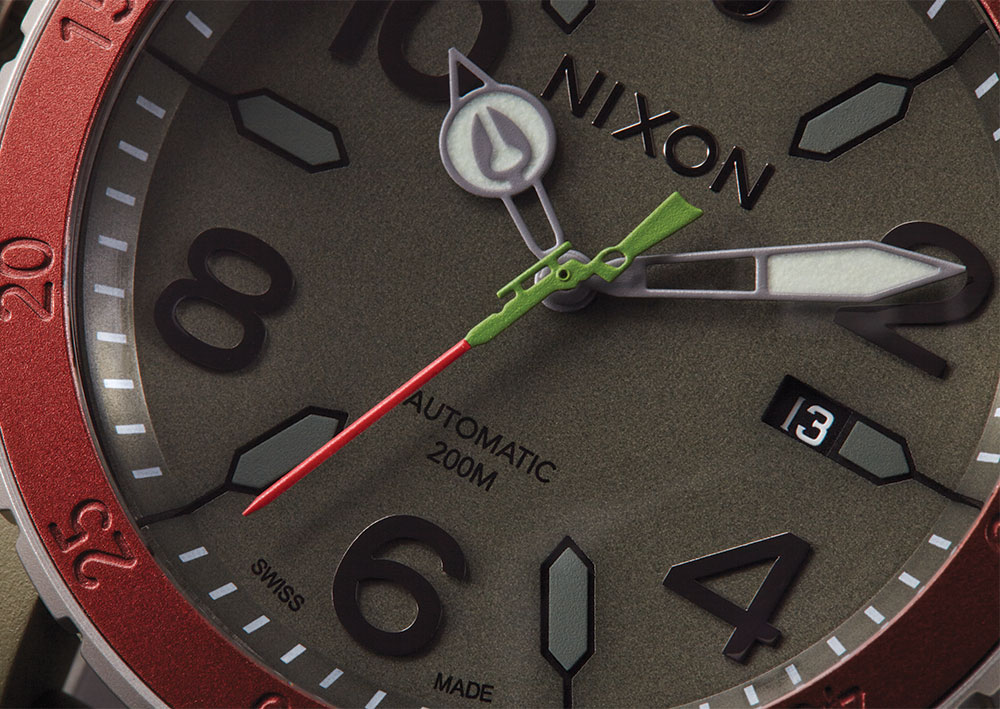 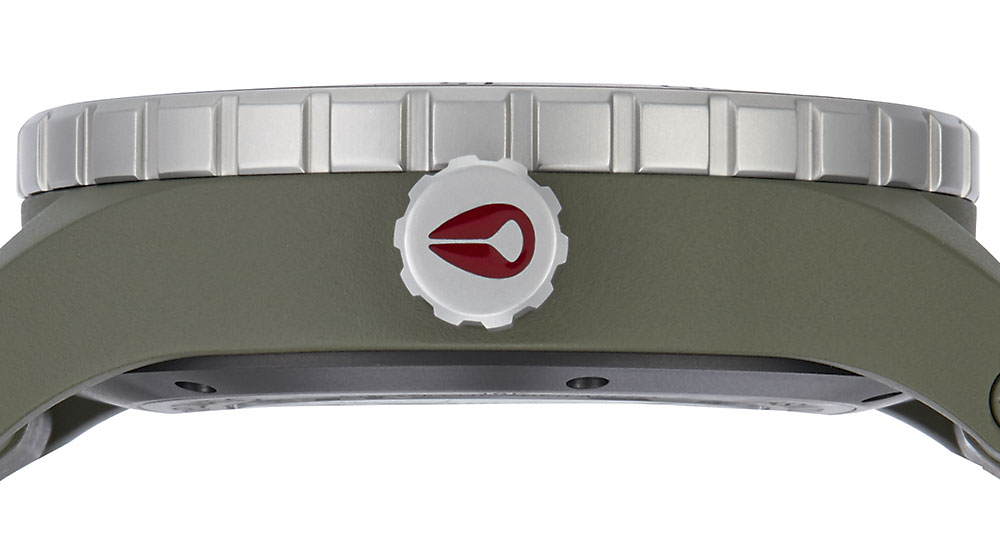 The last factor that you may not have noticed comes in the form of the crown. It’s on the left side of the watch. While there are some Nixon models with this feature, the majority are on the standard righthand side of the case. Is this just a coincidence, or is it perhaps a subtle nod to the popular left-handed Boba Fett debate?

Overall, the Nixon Boba Fett Diplomatic watch is pretty cool, and will definitely get some traction with avid fans of the character. With the pairing of its limited availability and arguably steep price tag for the brand, I probably won’t be seeing these around, but would be interested in knowing who ends up owning and wearing these watches. It may not be the most versatile daily beater, but it would be very difficult not to readily identify as quintessentially Boba Fett.