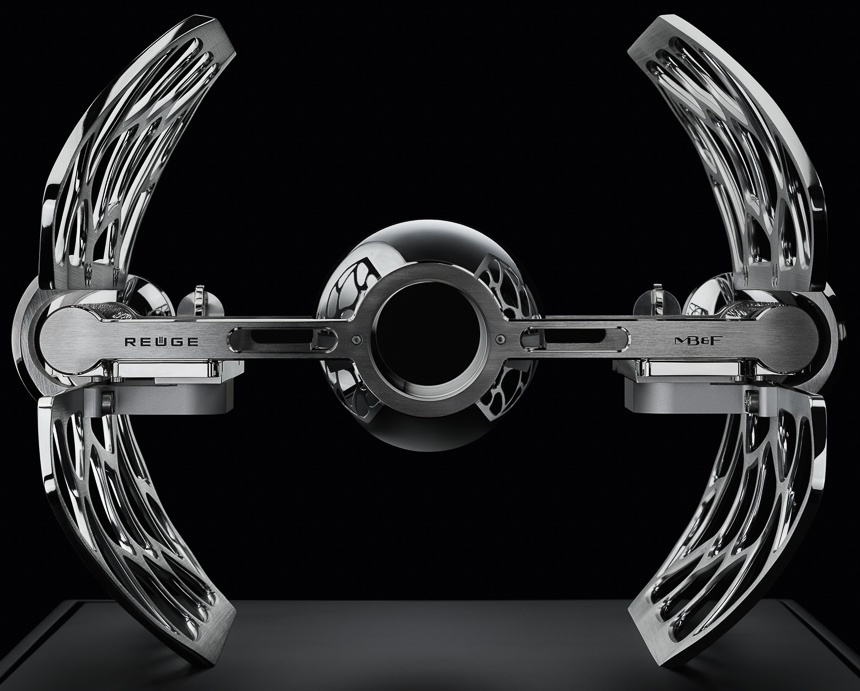 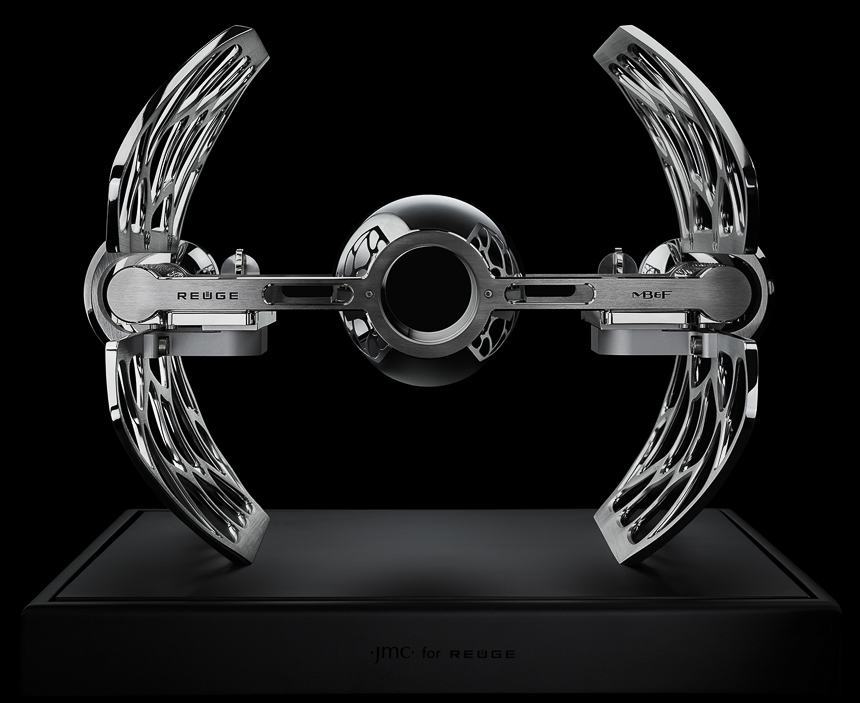 MB&F should probably just become an official Star Trek and Star Wars universe licensee, given all the science fiction related items the brand is selling (especially in terms of those character universes). For its third MusicMachine music box created in collaboration with the music box maker Reuge, MB&F produces a musical TIE Fighter craft for your desk. Does this high-end Swiss artistic music box play the Star Wars theme? You bet your ass it does.

The MB&F MusicMachine 3 (now known as MM3) doesn’t play any full songs, but it does play snippets from the Star Wars theme, Mission Impossible theme, James Bond theme, The Godfather theme, Merry Christmas Mr. Lawrence, and The Persuaders. These tunes are each played on one of two rollers-with-pins-style music box systems. So while the entire device looks very modern, at its heart, this music box uses age-old technology. Welcome to watch making country at its best (even though this isn’t a watch). 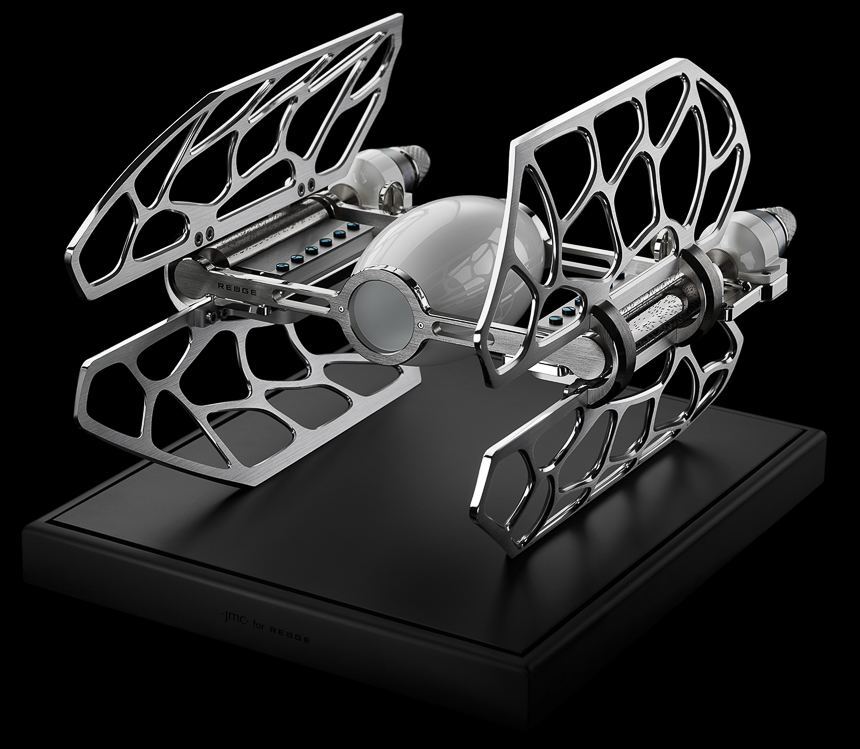 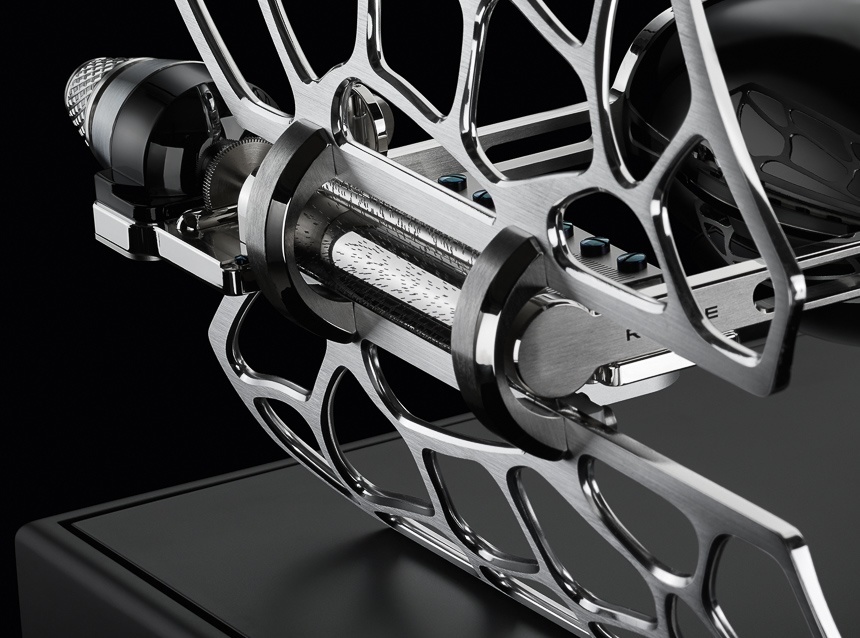 From a structural perspective, the MB&F MM3 TIE Fighter basically has two music boxes in one. Each roller bar has its own main spring and winding system. The entire MB&F MM3 sits on a 350-year-old wooden “resonance base” which is designed to amplify the sound so that you can smile with glee each time your Empire fighter spaceship plays the theme of The Godfather in your office when you are trying to impress guests.

Weighing about 6 kilograms, and about 400mm long by 340mm wide (and 280mm high), the MB&F MusicMachine 3 is produced from mostly aluminum with bits of steel and brass in the mechanical elements. There will be three limited edition versions of the MB&F MM3, each having a different colored “hull” section which is either lacquered black or white, or “chrome finished.” 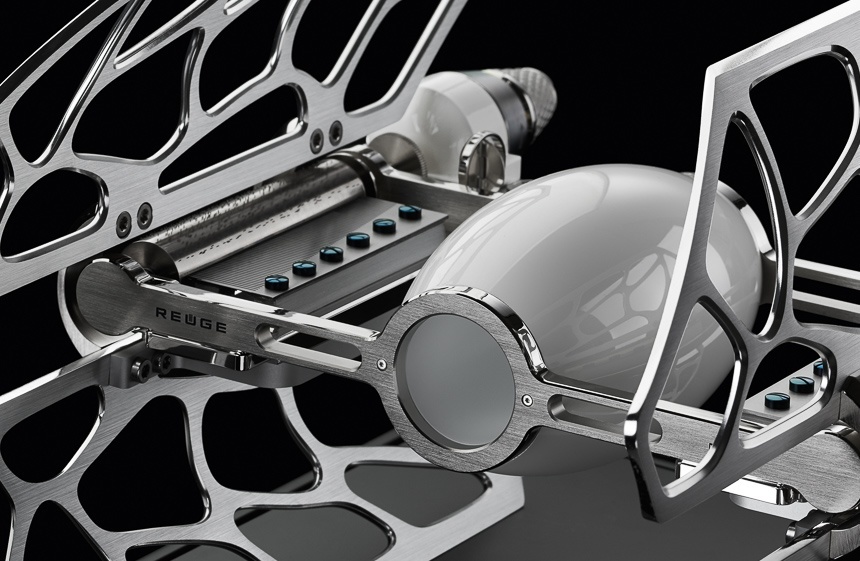 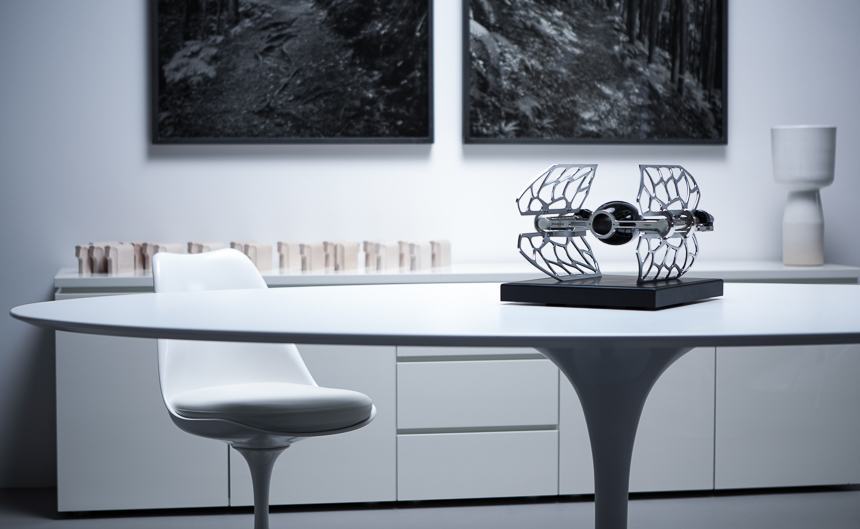 MB&F began its relationship with Reuge, branching out from producing simply timepieces, back in 2013 when they released the original MB&F MusicMachine (hands-on here). In 2014, MB&F and Reuge debuted the MusicMachine 2 that looked like the Starship Enterprise from Star Trek. It is only fitting that the MB&F MusicMachine 3 pay strict homage to Star Wars, as well as a fighter craft – something that MB&F founder Max Busser is very much into. MB&F has done very well with its non-watch products because they are cool, make amazing gifts, are very limited in their production, and even though they are expensive, they are still less expensive than MB&F timepieces.