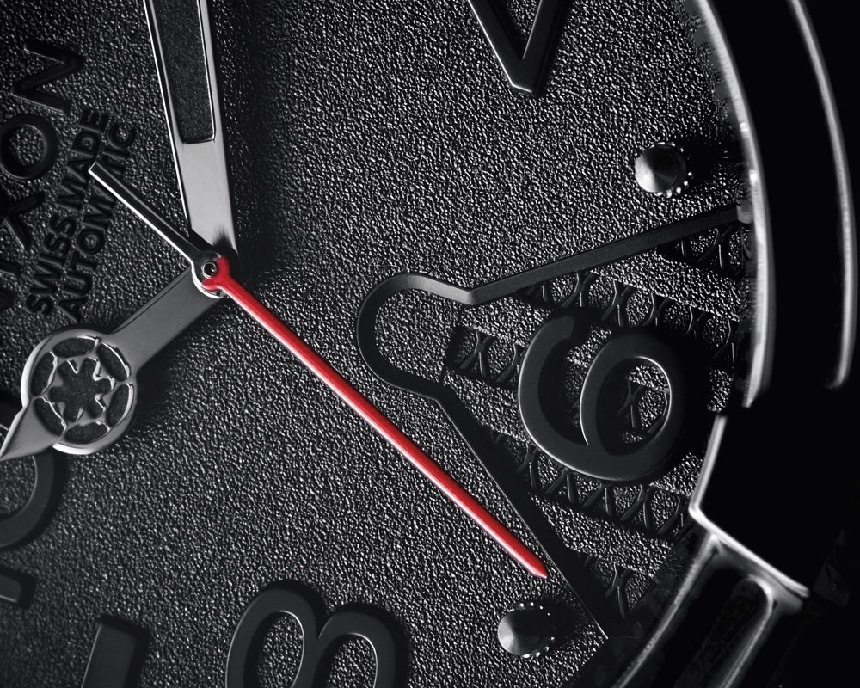 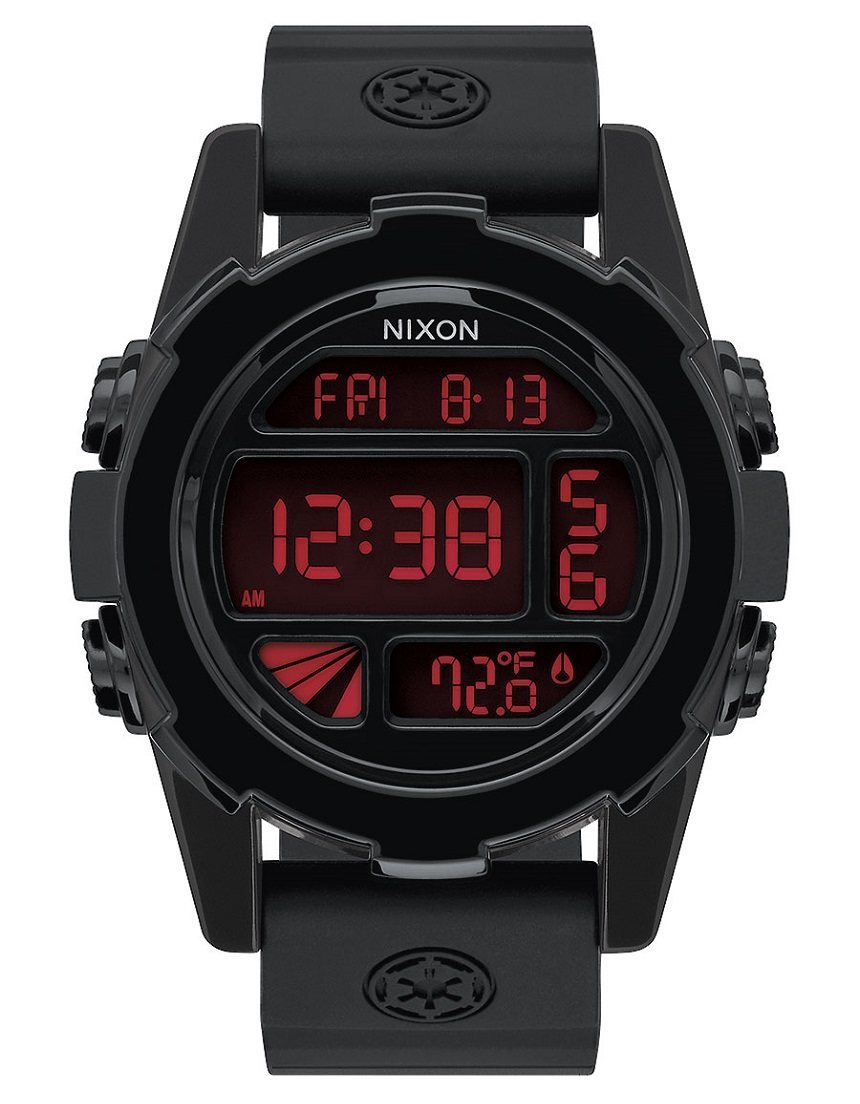 With the new installments of the Star Wars franchise approaching faster than the Millennium Falcon in hyperdrive, Nixon are ramping-up the anticipation with the release of the new Nixon Star Wars Dark Side Collection. Following in the footsteps of the Storm Trooper and X-Wing Pilot Ranger watches that were released earlier this year (see our writeup here), the Californian brand has added a few more models celebrating some of the films’ best-loved baddies. There are another six Stormtrooper models, and two more Imperial Pilot Watches. There’s also an exciting new automatic watch celebrating everyone’s favourite Sith Lord, Darth Vader, along with two more models inspired by the dark master. Boba Fett bursts onto the scene with his very own Ranger model, which borrows the case shape and technical specifications of the previously released Stormtrooper and Imperial Pilot Ranger models. There’s a quartz digital based on the Galaxy’s most-feared bounty hunter, too. The Nixon Star Wars Dark Side Collection is rounded out by three more quartz models with a more generic imperial styling. 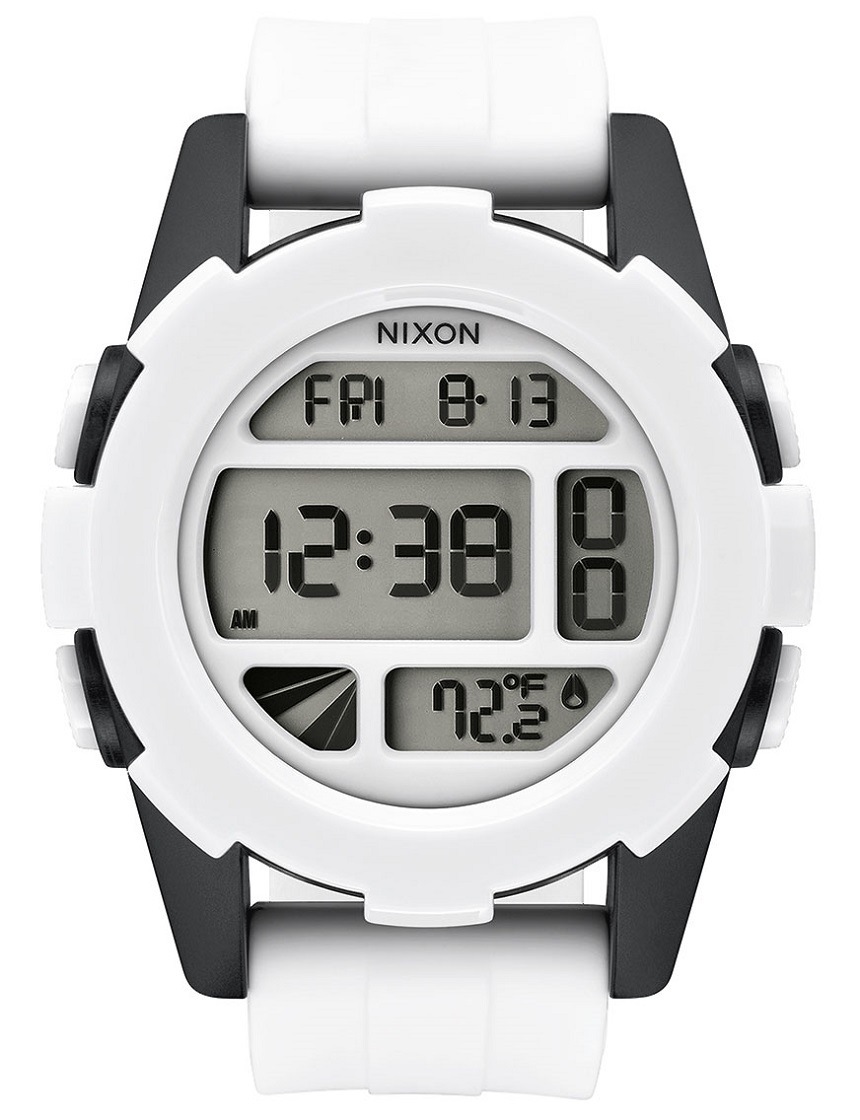 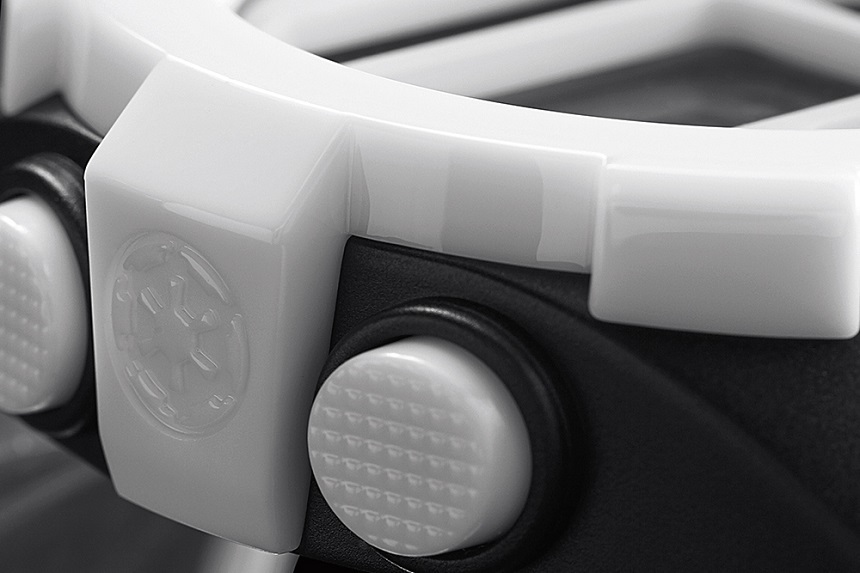 The tag-line of Nixon’s press release is “The best watches in the Galaxy,” which either suggests their marketing team has a penchant for hyperbole, or that the Galaxy to which they are referring focused too heavily on light saber refinement and forgot about high-end horology. But market-wide comparisons aside, the quartz-powered gimmick-gadgets are some of the better models on offer from the California-based brand, and the automatic is a decent step-up in the overall quality we might expect from Nixon. And it’s true as well that these Nixon Star Wars Dark Side watches will have a wide, demographic-spanning appeal, thanks to their relative affordability, playful appearance, and association with a franchise that has managed to make branded Pepsi cans collectible. 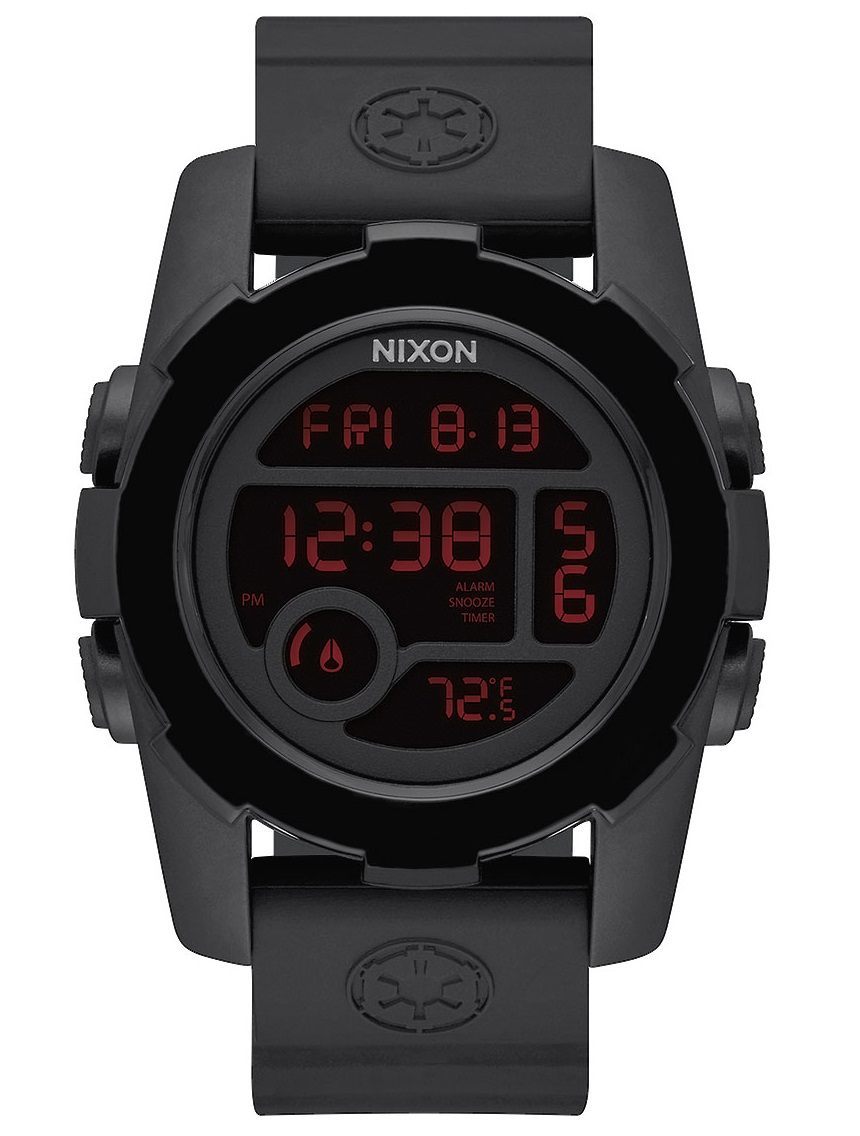 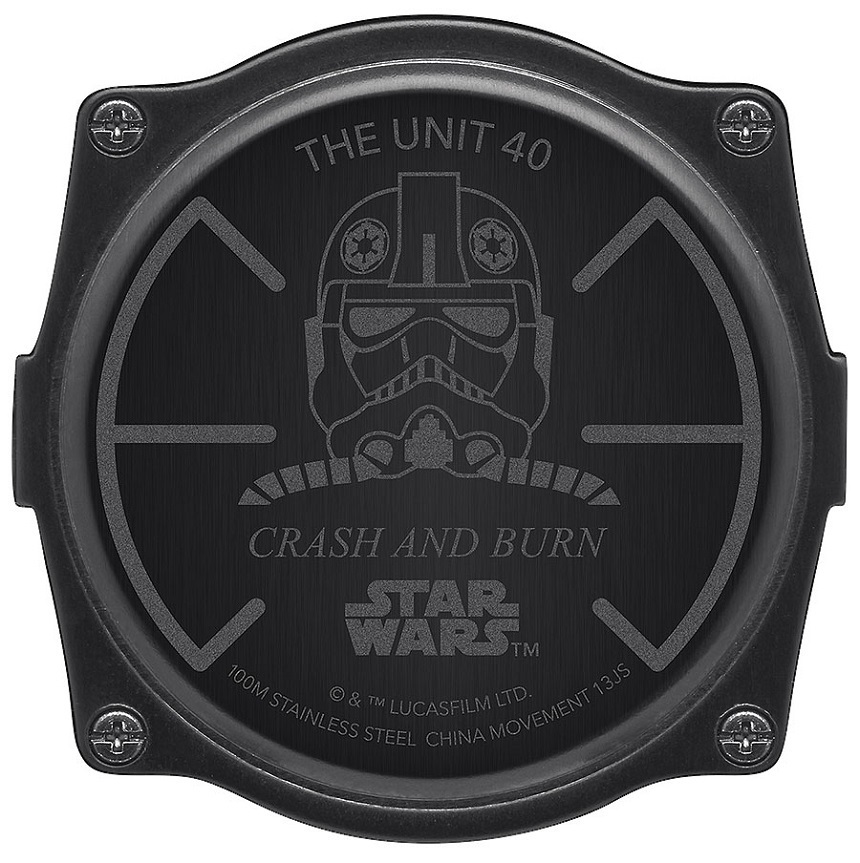 The Nixon Star Wars Dark Side Collection leans entirely on the branding, but the design team have added a plethora of nods to the films and the characters these watches supposedly embody. There are loads of little quirks that fans of the franchise will love, and enough self-awareness for these tickers to be palatable. A variety of interesting colors have been applied to the stainless steel models using a cerakote coating to tie these watches to the characters they represent. 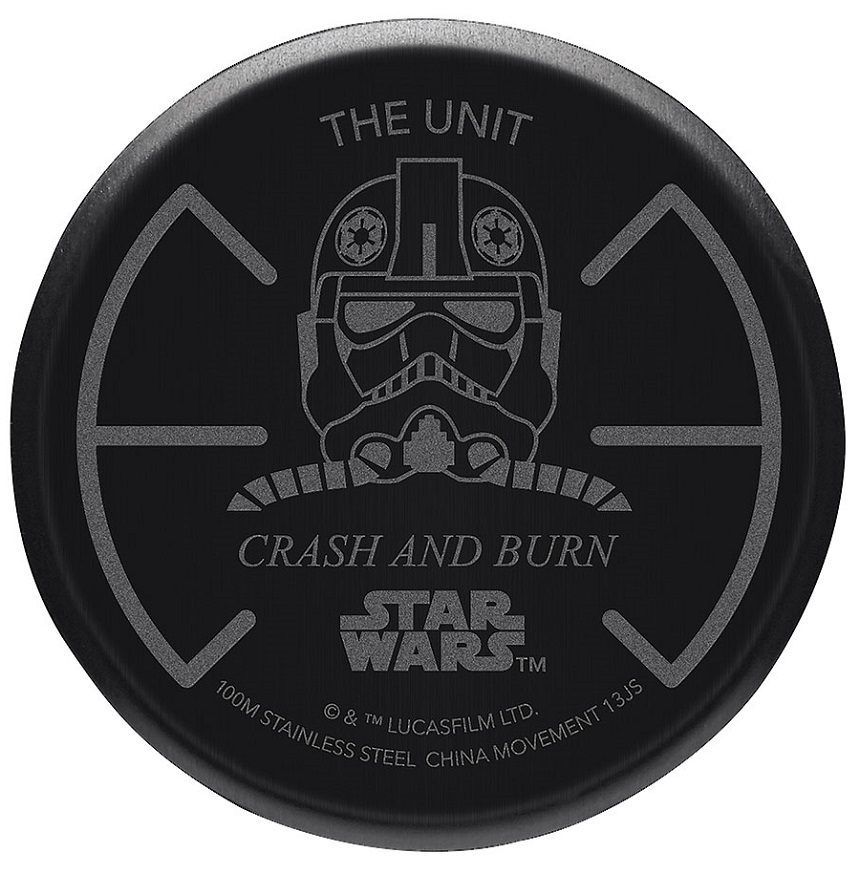 The Ranger was released earlier this year in Stormtrooper and Imperial Pilot colorways. The Nixon Star Wars Dark Side Ranger 40 is a new release that simplifies its already basic forerunner and reduces the size of the case from 44mm to 40. The Ranger 40 has dropped the date window that gave some life to the plain dial, and ditched the link-bracelet for a rubber strap adorned with the imperial logo. It is available in Stormtrooper white and Imperial Pilot black, and they are water resistant to 100 meters. 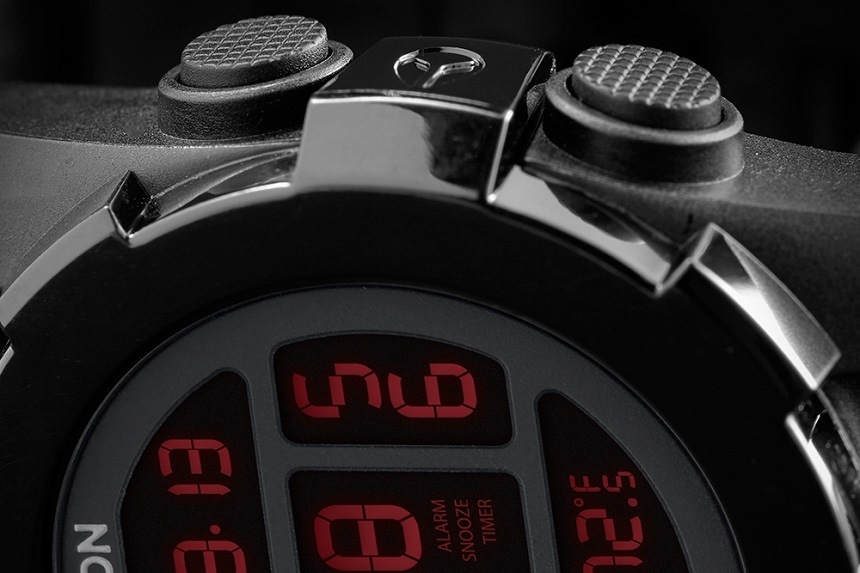 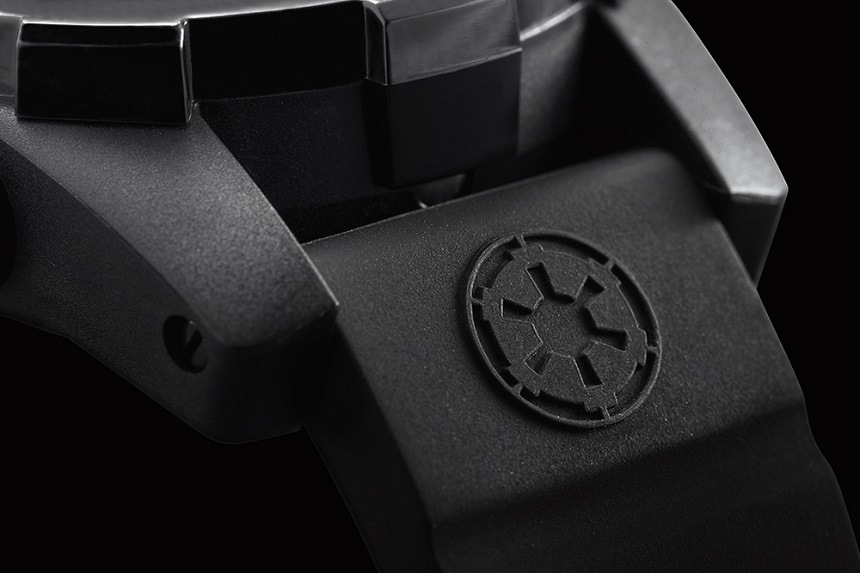 The Imperial Pilot, Stormtrooper, and Boba Fett ranges now feature a digital model dubbed The Unit. The Nixon Star Wars Dark Side Unit watch has a 44mm case, but is also available as The Unit 40, which shrinks the housing down by 4mm and changes the dial compartments slightly. The Unit watches are multi-function alarm chronographs, that show the time, day, date, temperature, seconds, and mode on a face that is split into 5 distinct sections. Fans of the Casio G-Shock might appreciate the styling and functionality of the watch. It’s actually packed full of attractive angles and smart color-coded components (like the bicolor pushers), but in plastic, it can’t avoid looking too much like a toy to excite serious watch enthusiasts. The Stormtrooper rubber strap is two-tone rubber, with a separate insert on the underside to prevent discoloration of the white upper. A nice touch, and a decent strap in isolation, but it can’t do anything to make the case more appealing. 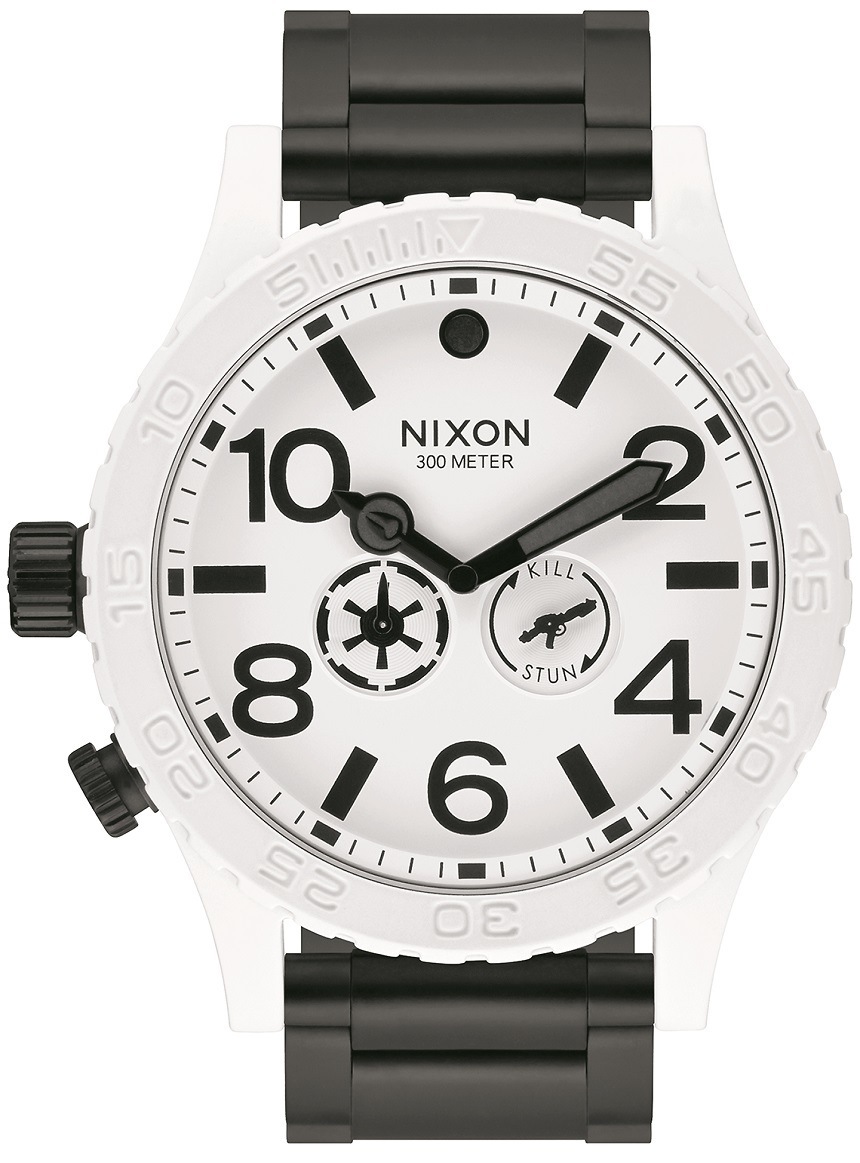 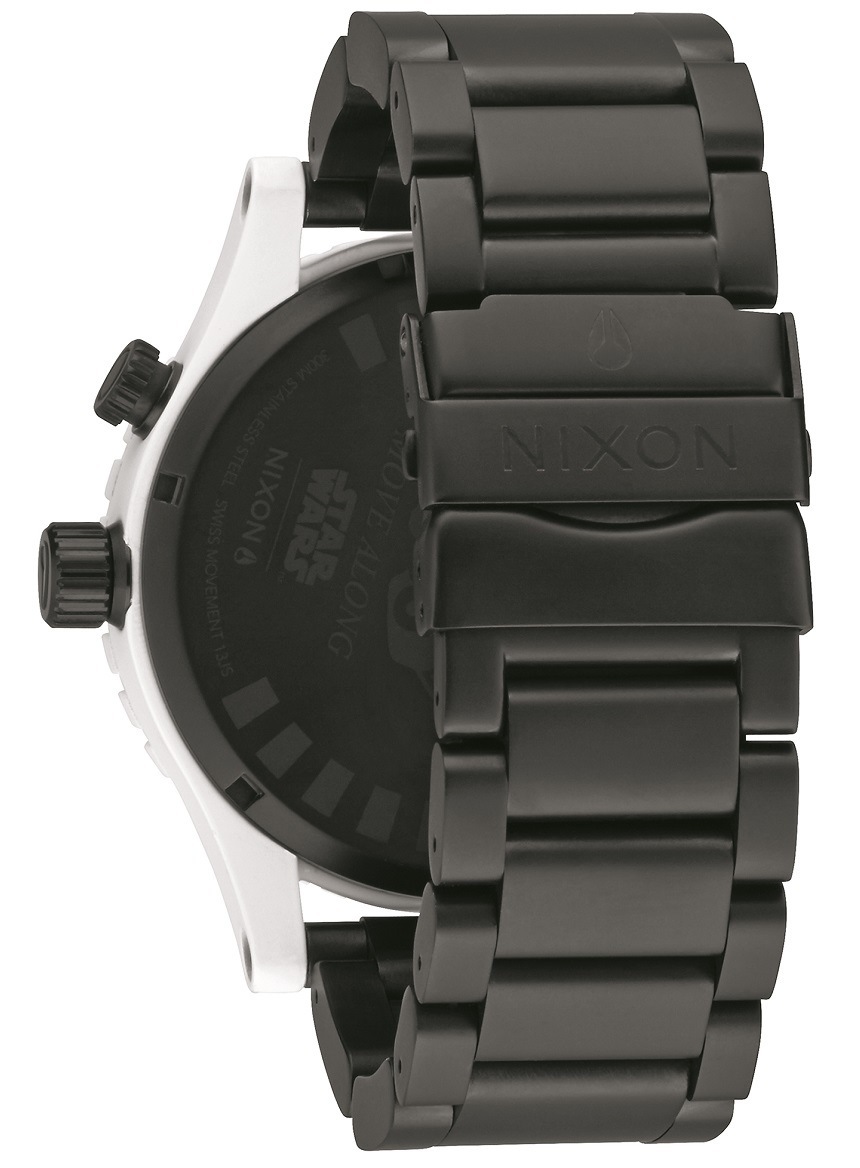 The Nixon Star Wars Dark Side Stormtrooper 51-30 is a 51mm quartz-powered watch with 300 meters water resistance and a unidirectional bezel. It has two interesting sub-dials. One of which is a going seconds hand, while the other, decorated with the words “kill” and “stun,” indicates the stage of the tide. When the hand points towards “kill” the tide is high; when it points towards “stun,” it is low. 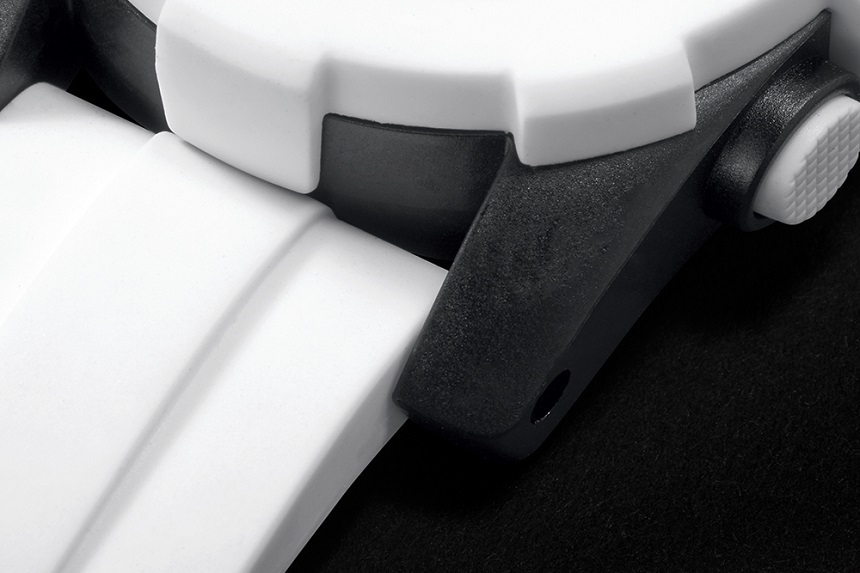 Rounding out the Stormtrooper color scheme is the Nixon Star Wars Dark Side Time Teller P. The most visible nod to the franchise on this watch is the blaster second hand, which is a neat, if painfully subtle addition. Aside from the blaster, the engraved case back and the Stormtrooper white color of the case, this watch is barely worthy of this collection. It also comes in two sizes: the largest is 40mm wide; the smallest is a minuscule 26mm across.