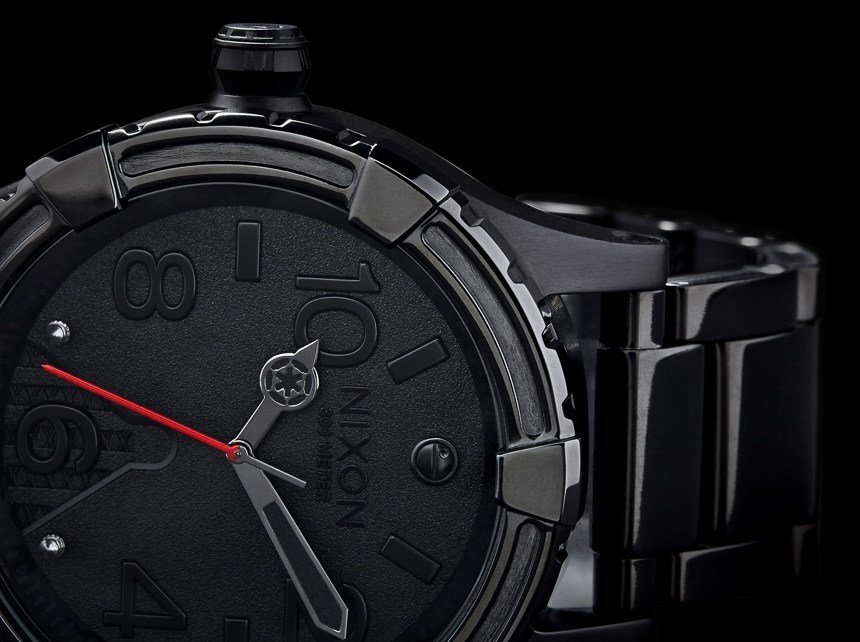 New Official Star Wars Watches To Be Made By Nixon

May the 4th be with you! Today on May 4th, 2015 (the sort-of-official Star Wars day), California-based Nixon watches has announced an upcoming line of official Star Wars watches. Nixon has mentioned to us that this is a relationship they’ve taken very seriously from a design perspective and wanted their Star Wars watches to be more than branding exercises where Star Wars names and logos are slapped on a dial. This means existing and new watches will be modified or created to merge Nixon design language with that of the rich Star Wars universe.

As a pre-release teaser, Nixon has shared with us what appears to be a revamped version of the brand’s popular Diplomatic model – which is perhaps the upcoming Nixon Darth Vader watch, or similarly themed Nixon “Dark Side” watch. At first, all the Nixon Star Wars watches will revolve around the Dark Side themed and will include four collection based on the Stormtrooper, Imperial Pilot, Darth Vader, and Boba Fett. It is unclear as to whether Nixon will later follow up with Star Wars Light Side-themed watch models. 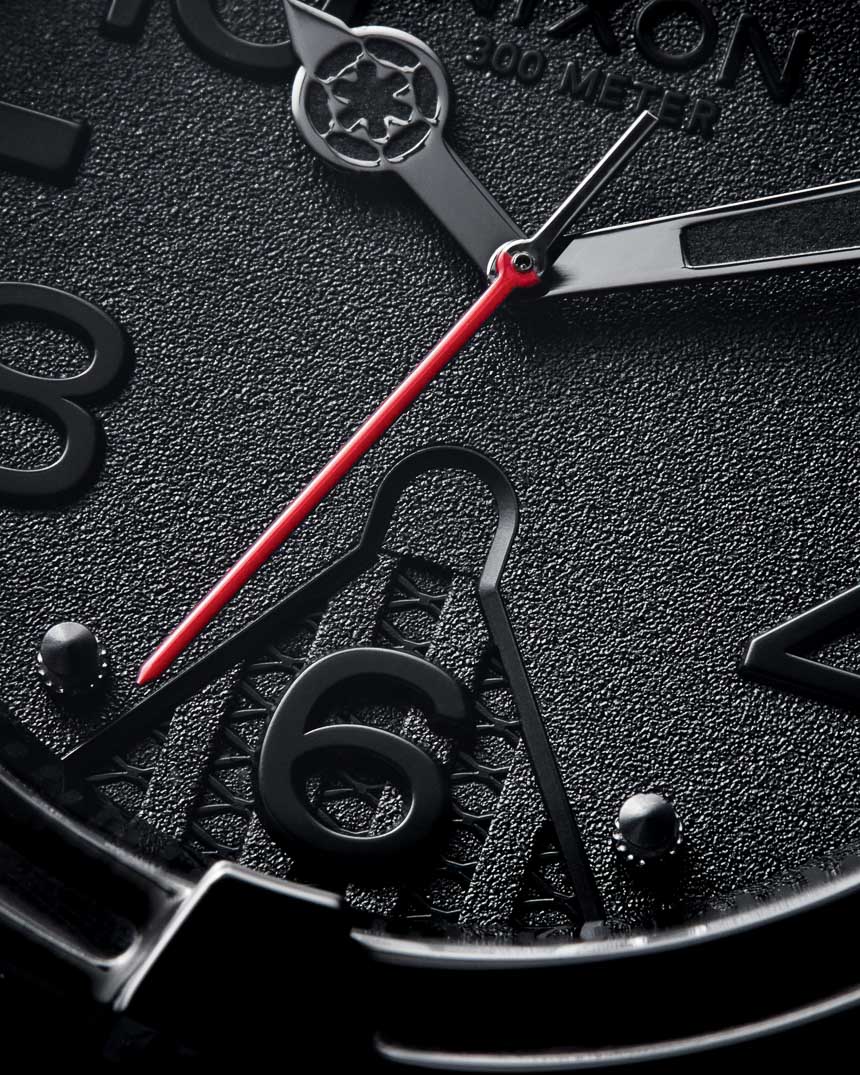 The design for the Nixon Star Wars watches is said to be a careful study of details from both the Nixon and Star Wars universe that allows fans to enjoy the popular science fiction franchise without outright wearing “Star Wars branded watches.” Nixon is keen to develop lasting designs which a wearer can identify with on a personal level, but that are versatile enough to be worn all the time, and further, be fashionable.

Nixon isn’t the first brand to offer Star Wars watches, but among “good watches” there aren’t too many official ones. Back in 2009, we wrote about the Star Wars watches by Marc Ecko (that I actually think were never released), and in 2012 Seiko produced a collection of Star Wars watches – which was probably the most ambitious wristwatch-Star Wars collaboration yet. 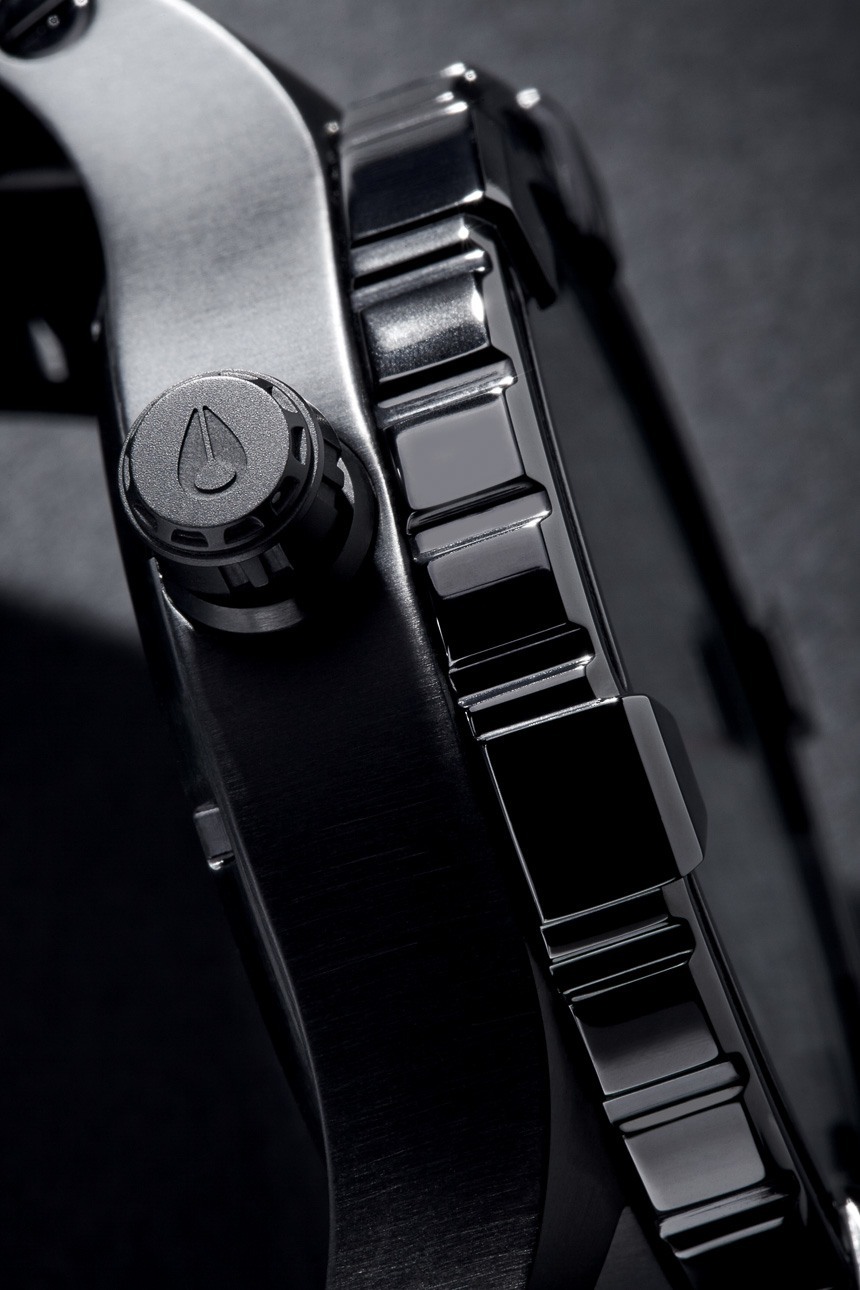 Star Wars fans are excited about a slew of upcoming new movies such as Star Wars: The Force Awakens coming in December of 2015. Other new movies are in development stages, as Disney seeks to make the most out of the Star Wars universe after purchasing the entire universe from Lucas back in 2012.