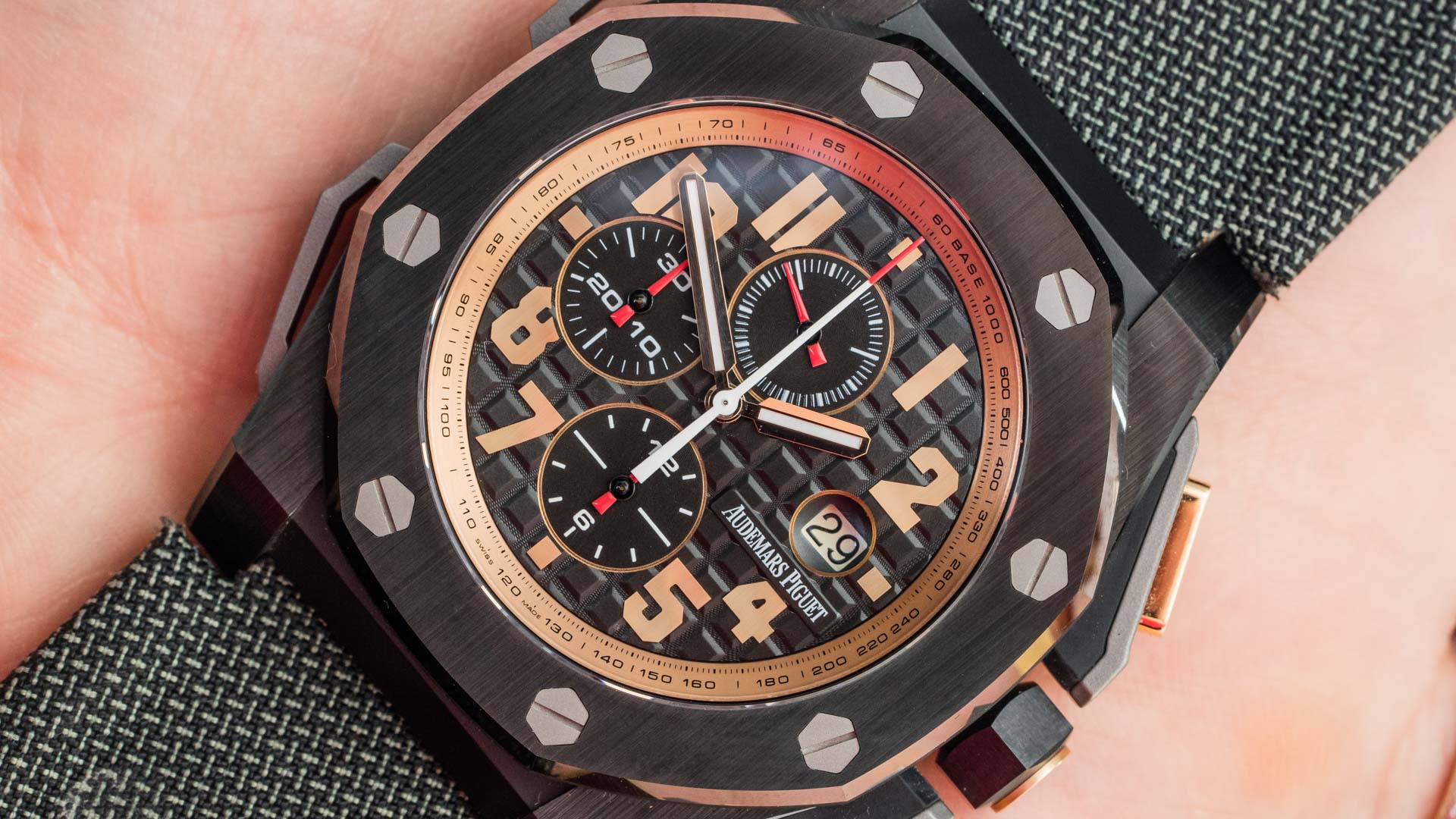 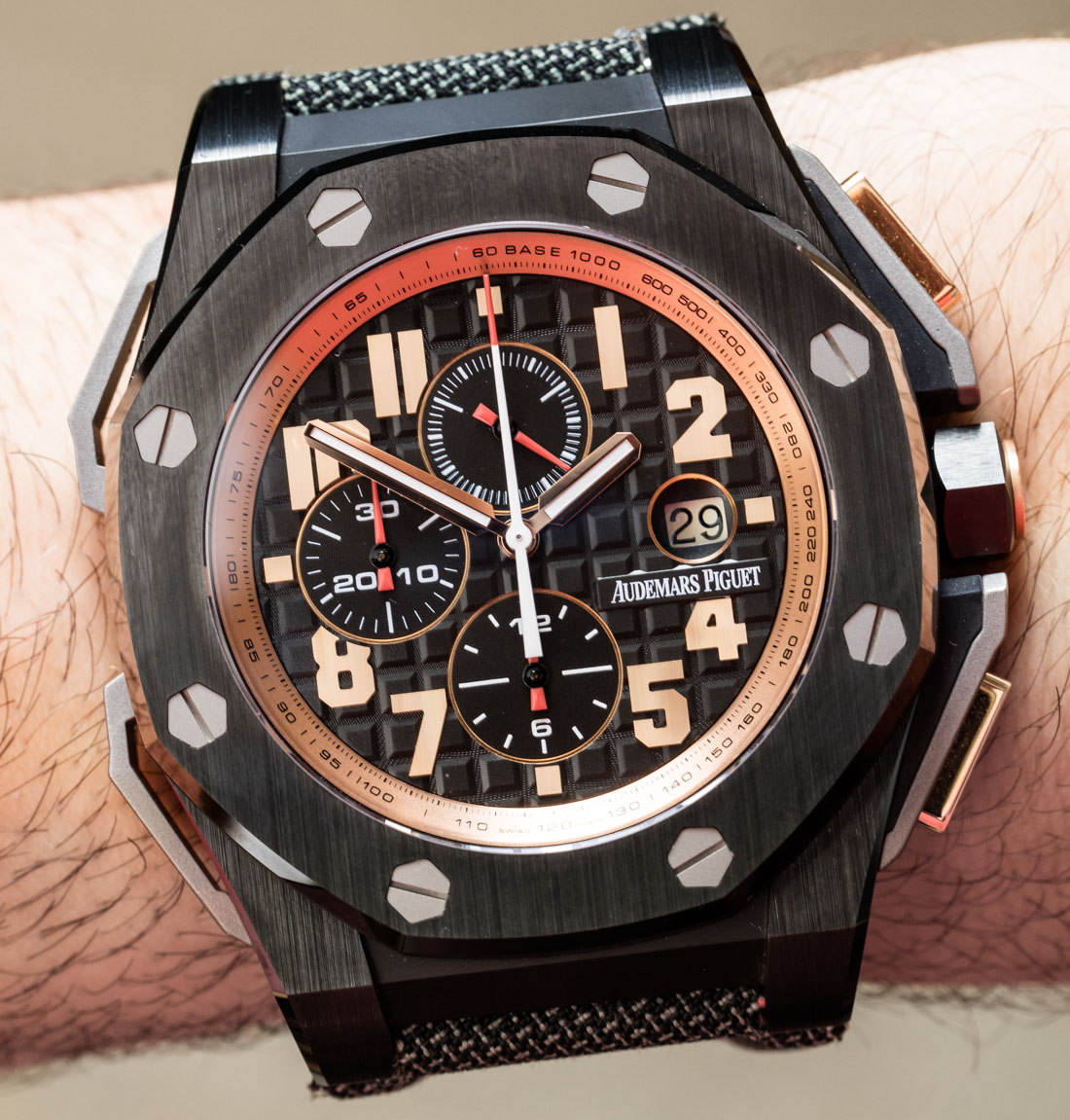 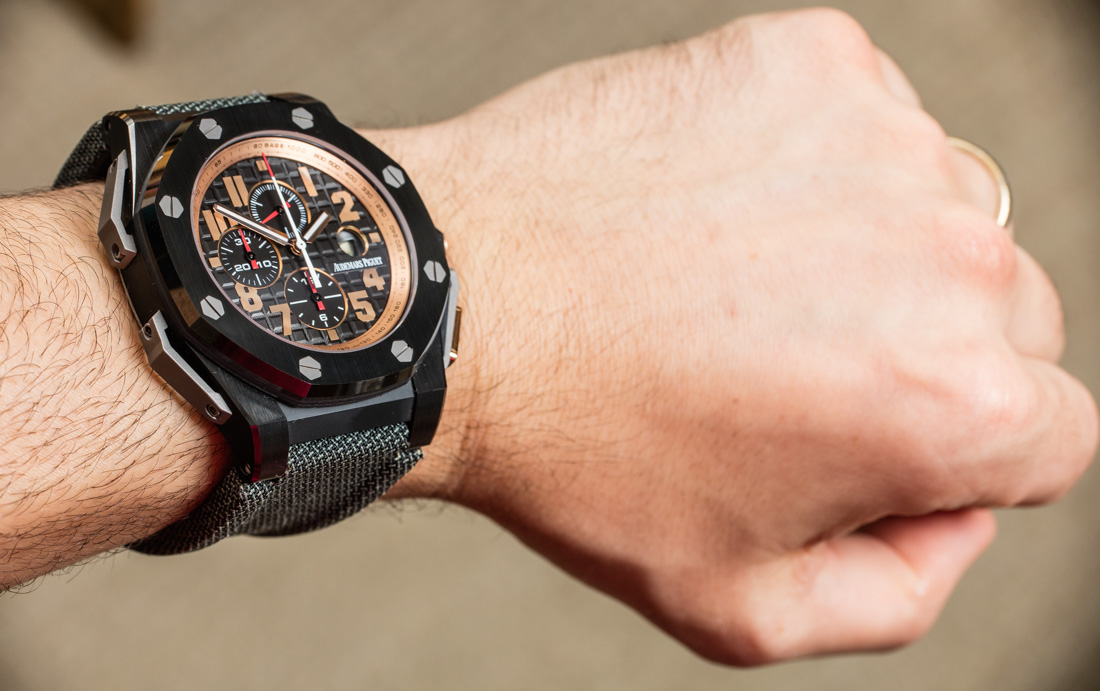 When you handle the Royal Oak Offshore The Legacy in person, the first thing you notice about the watch (in addition to its good looks) is the size. I believe this is the largest Royal Oak Offshore that has been produced — with a claimed diameter of 48mm-wide. It is actually larger if you take into consideration the crown and pushers. I say that this watch wears like a 55mm-wide timepiece, and the strap is long as a result. In fact, I couldn’t even wear this watch, given the strap length — not to mention how the case easily extends past the edges of my wrist. In 2015, I was able to spend a lot of face-time with Mr. Schwarzenegger, himself. His wrists and hands are, indeed, large; a watch this size does look good on him. Audemars Piguet wanted to satisfy Schwarzenegger ‘s wrists with this watch, as well as anyone else with similar anatomy (not too many people). So, while some people can complain that The Legacy watch is too large, they merely need to realize that it wasn’t designed for them. 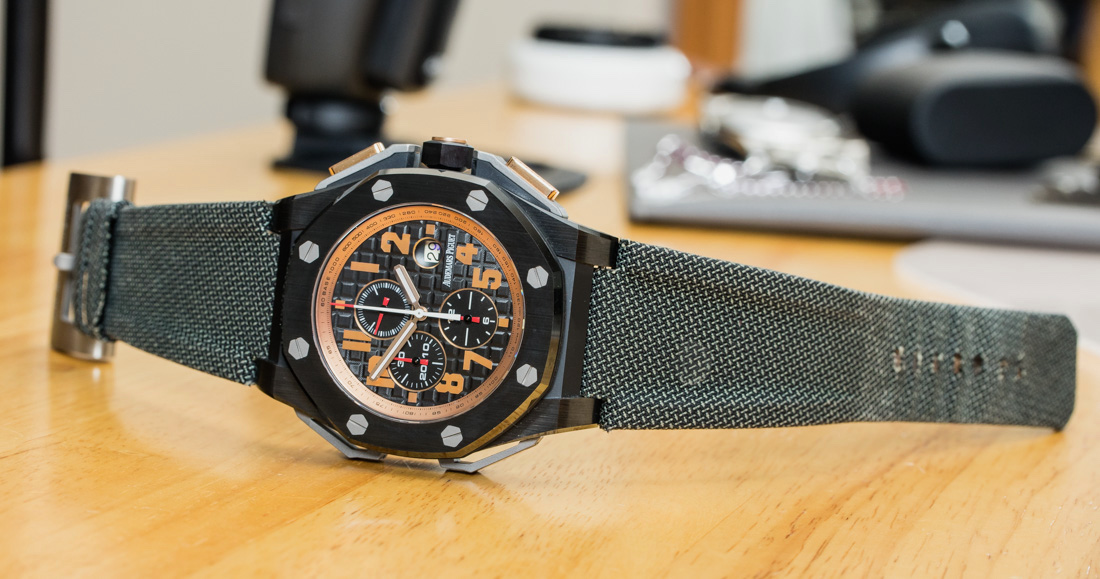 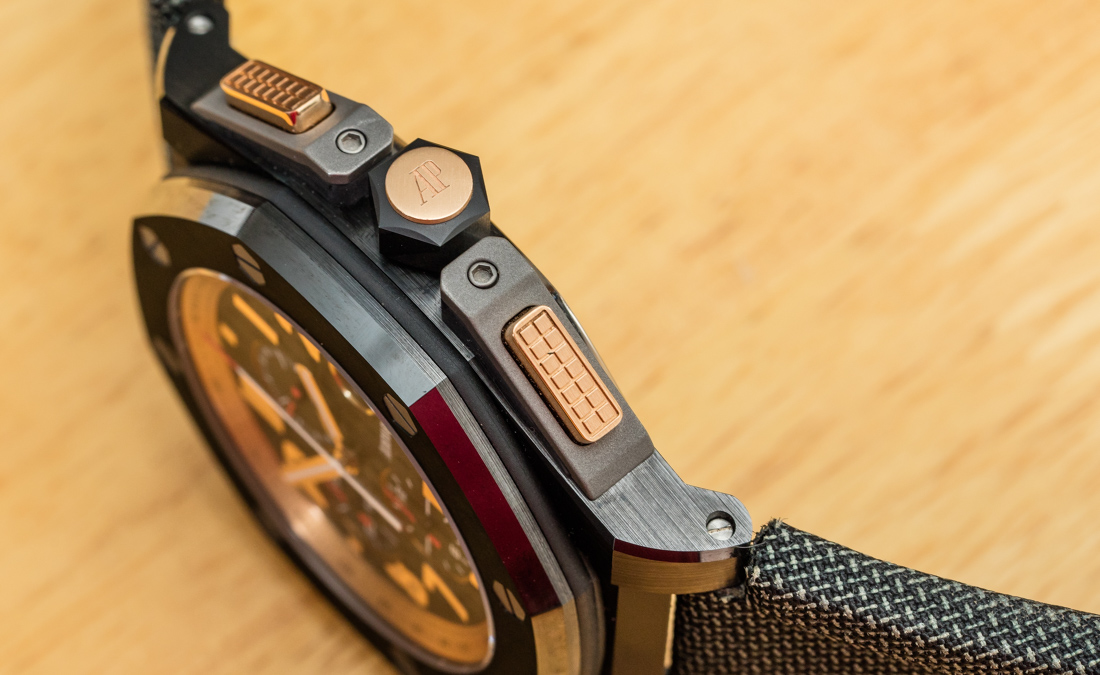 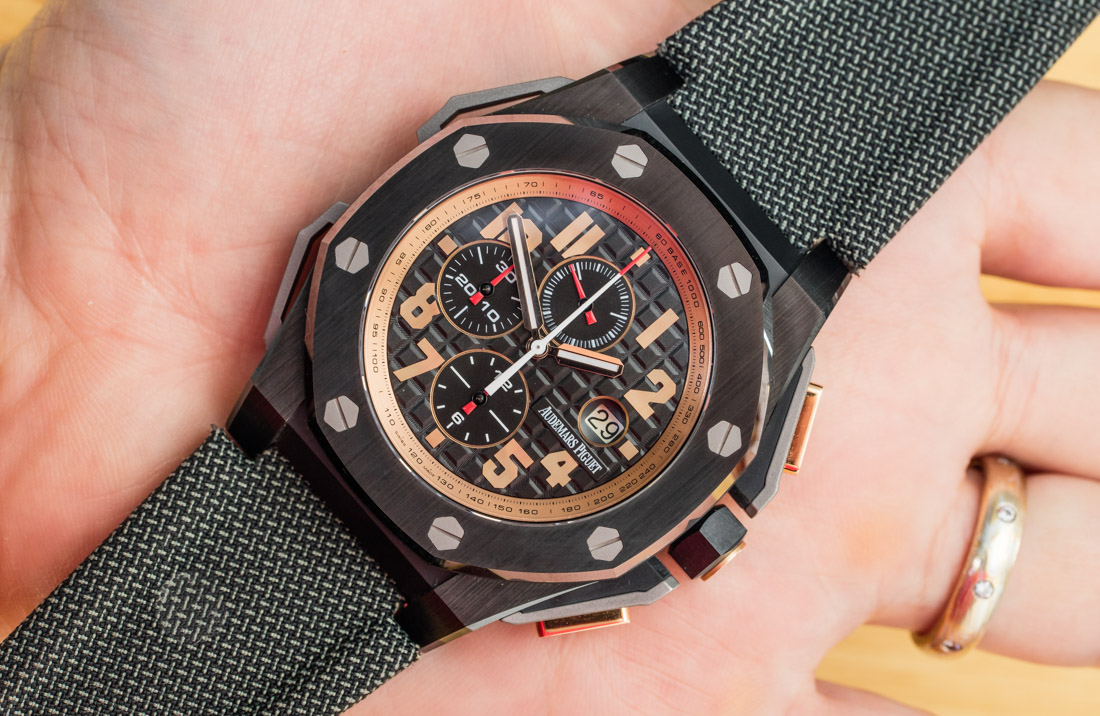 The green, gray, black, and matte rose-gold tones of the piece work together very nicely. My only real gripe about the watch is the fabric strap, the quality of which isn’t amazing. The strap looks nice enough, but even on this gently worn piece, the strap loop was coming apart and there was plenty of noticeable fraying. Fabric straps are cool, in theory, but really hard to get right. I’d recommend to anyone interested in this watch to immediately consider another more durable strap option (that would likely need to be custom-made since this isn’t a standard Royal Oak Offshore strap size). 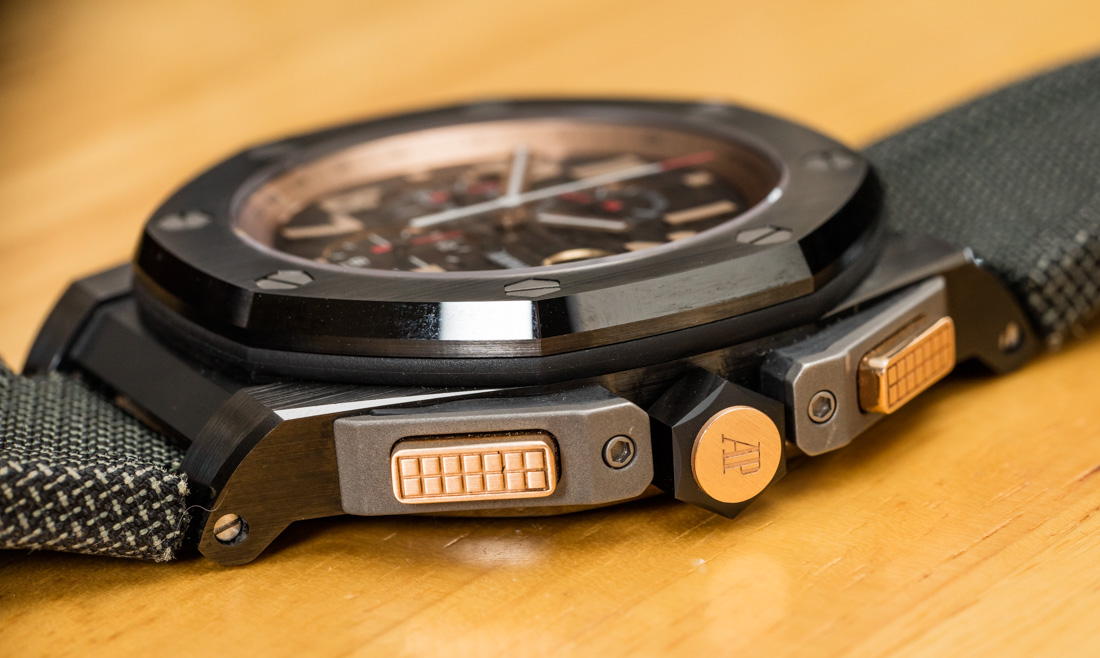 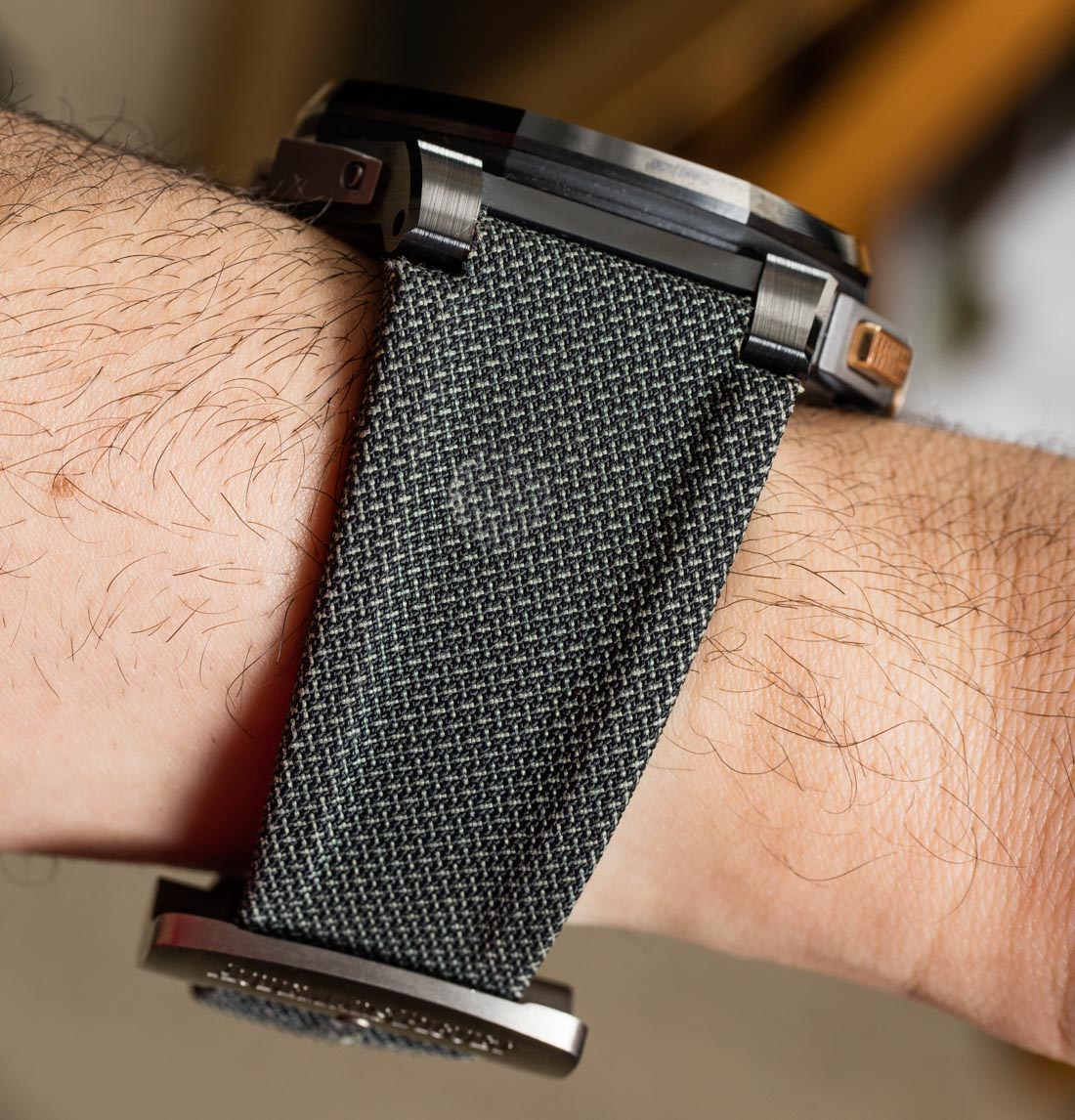 The case has a familiar Royal Oak Offshore look, but with a lot of bespoke elements that help The Legacy feel distinctive and noteworthy, now eight years after its initial release. The pushers and case-side hardware are evocative of previous Royal Oak Offshore watches inspired by Mr. Schwarzenegger’s (or his characters’) previous Audemars Piguet watches. The dial is my favorite part of the watch, with the applied “sports jersey style” Arabic numerals done in matte-finished rose gold. The case, itself, is in dark gray/black ceramic with titanium elements (such as the screws) and 18k rose gold (for the pushers and crown insert). 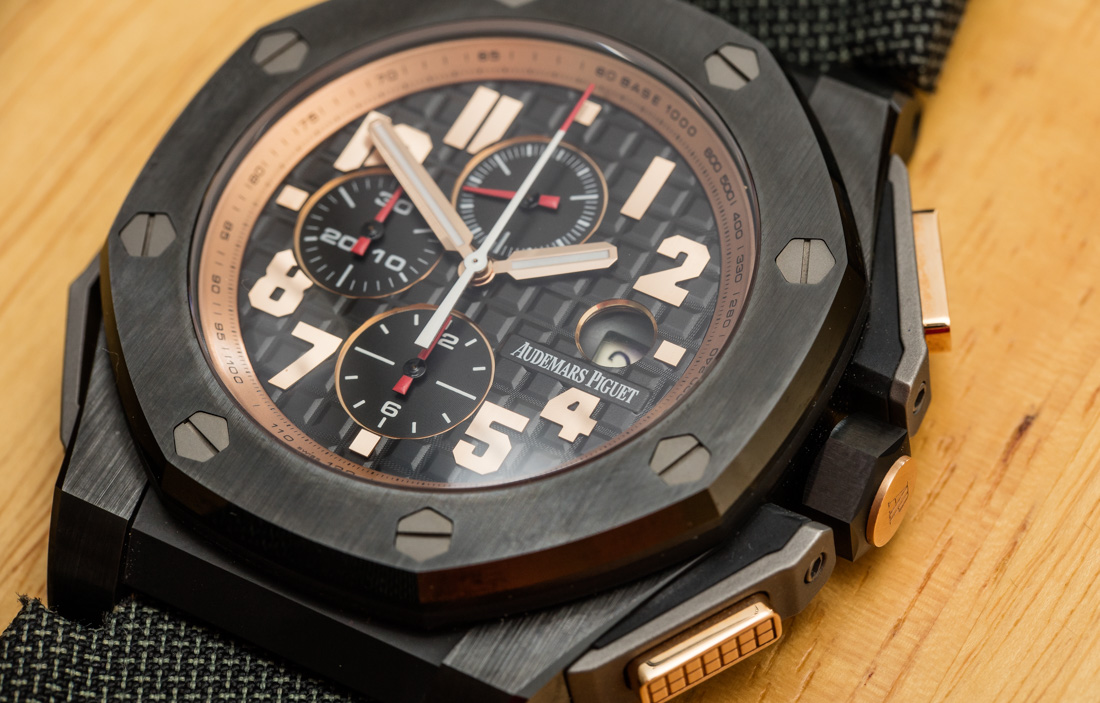 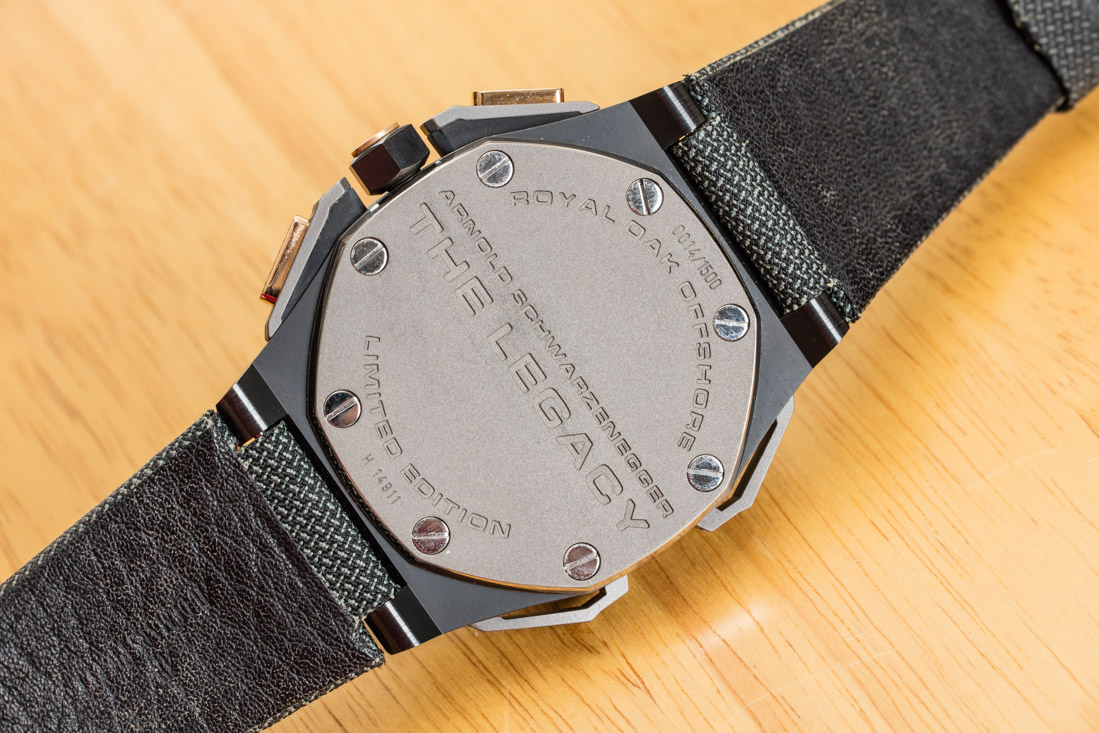 Inside The Legacy watch is a decent, but unremarkable, movement — the Audemars Piguet caliber 2326/2840 automatic chronograph — that uses a base automatic movement with the 12-hour chronograph over it. 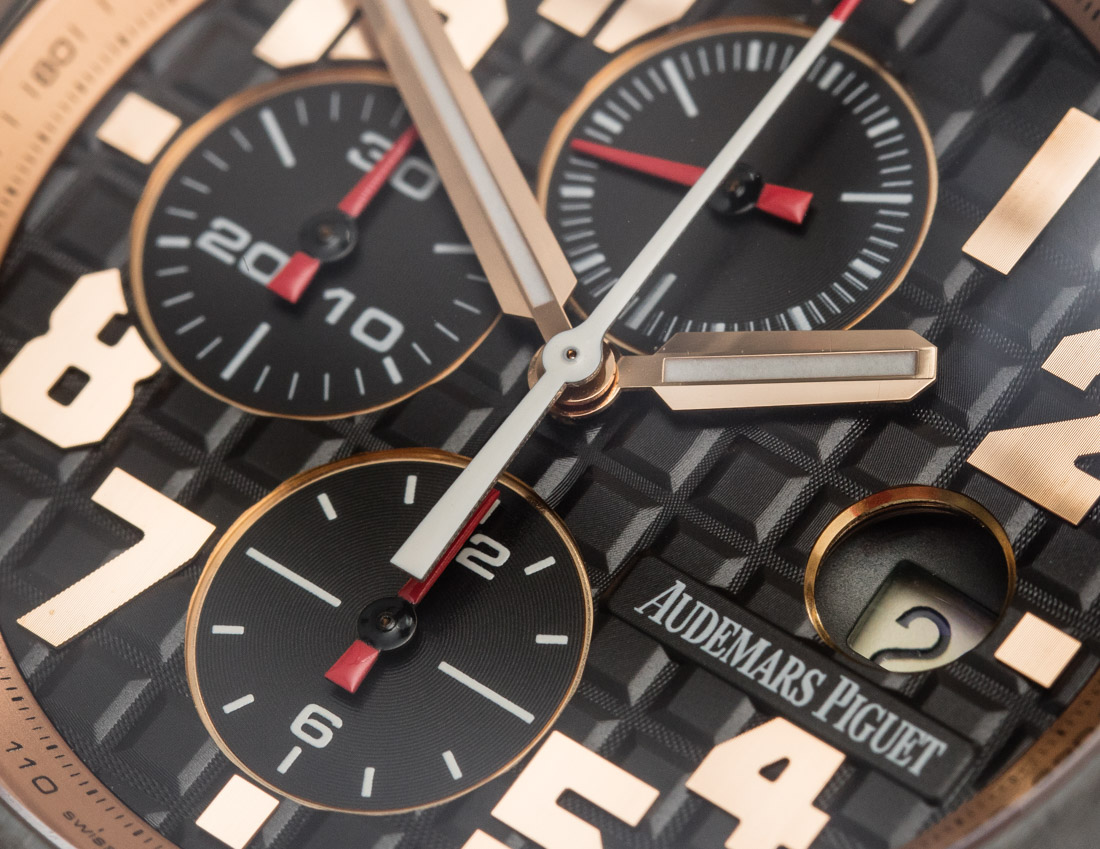 When I met Arnold Schwarzenegger, I was extremely impressed by him. His personal skills and actual legacy are, indeed, something to celebrate. He continues to inspire many people in positive ways and hasn’t shed too much of his luster as an action hero. He’s done amazing things and succeeded where many other people have failed. I think, to his credit, a penchant for honesty and humility in his communication to fans has been one of his best traits as a role model. In today’s social landscape, I find successful role models to be at a deficit (at least for me). So, it’s great to relive hanging out with the Audemars Piguet Royal Oak Offshore Arnold Schwarzenegger The Legacy watch, if only because Mr. Schwarzenegger’s legacy is certainly one worth celebrating. This particular piece was loaned by Rostovsky Watches, which currently (as of this writing) has one of the rare limited edition of 1,500 pieces ref. 263781O.OO.A001KE.01 available for sale. Retail price of the watch as of 2011 was $40,200 USD. Learn more at Audemars Piguet’s website here.