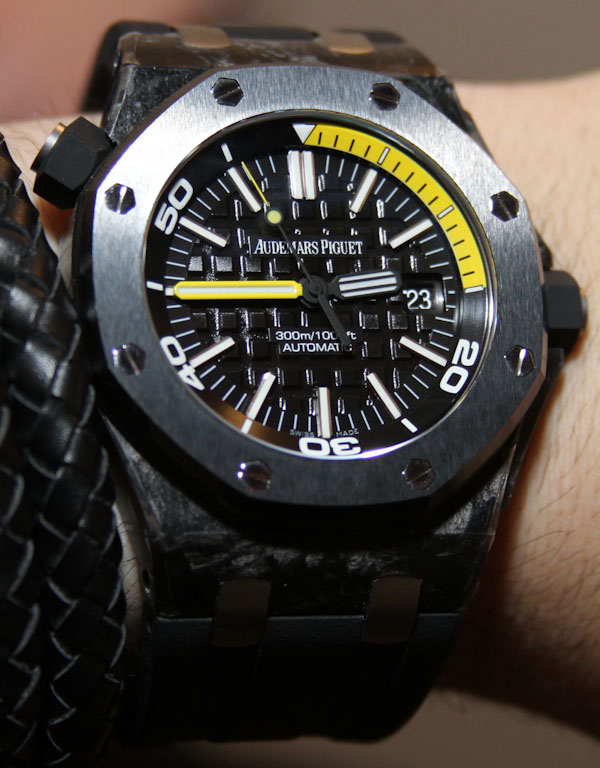 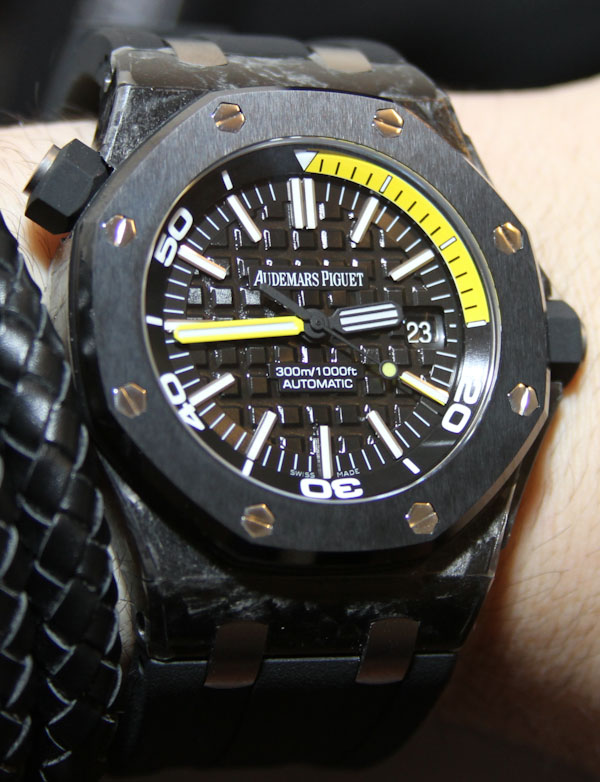 This year Audemars Piguet released a new version of last year’s Royal Oak Offshore Diver watch. The new version isn’t too different, but now employs Audemars Piguet’s forged carbon case. The special case material is produced in-house out of carbon thread that is heated and compressed. The result is a very light and strong case material that suits the sporty look and performance of the ROO Diver very well. 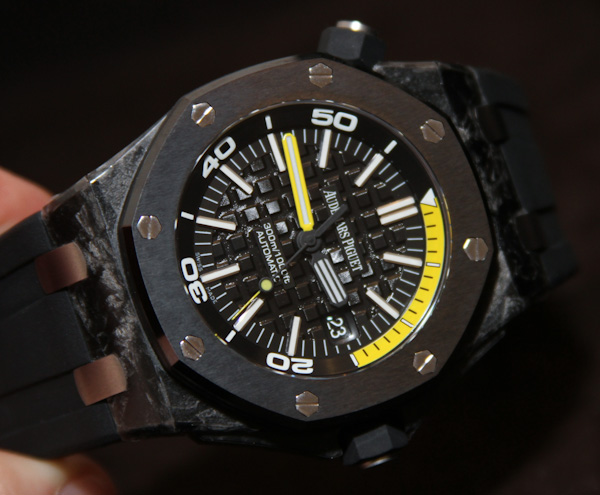 In forged carbon, the Royal Oak Diver changes a bit and goes up in price. More seasoned AP fans will certainly enjoy this – even in addition to the steel model. Audemars Piguet ups the sport theme of the piece with the black dial mixed with yellow elements such as the minute hand. This look hearkens back to one of the original forged carbon watches – which was the Royal Oak Offshore Chronograph Forged Carbon that many people nicknamed the Bumble Bee. You can see how these two watches exist in the same family.

As you know, non-chronograph versions of the Royal Oak Offshore aren’t too common. The Diver is one of the few – so this is a good option for those looking for the Royal Oak Offshore theme with a more simple dial. The case is 42mm wide but wears larger. It isn’t too thick coming in under 14mm (for a watch like this that is). Unlike the steel version, the forged carbon diver has a black ceramic bezel, but it does have a metal caseback. Which model do you prefer? 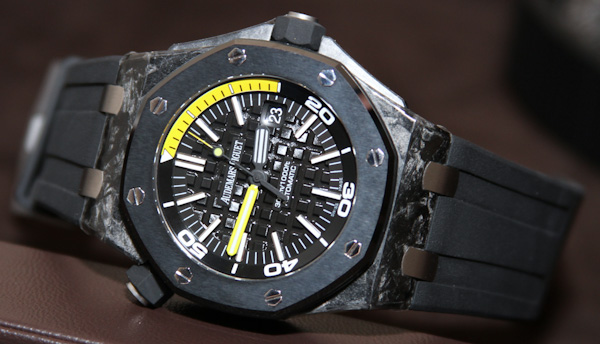 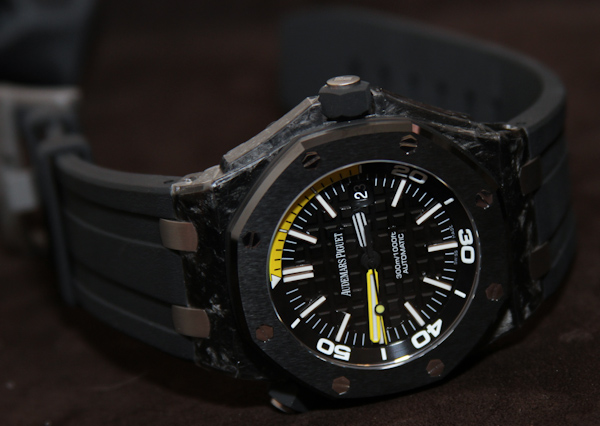 While the tones of the dial feel darker on the forged carbon model, it is still very legible. The darker tones of the case have enough texture and finishing differences for the watch to still look interesting – perhaps even more interesting than the steel cased version. Of course the dial still has that inner rotating bezel that is controlled by the crown located at 10 o’clock.

On the wrist, the Royal Oak Offshore Diver feels like a solid watch and is lighter in weight than the steel version. The attached rubber strap is fantastic, but should be for the price. Inside the watch is the same Audemars Piguet Calibre 3120 automatic movement. Not sure about the price but it is over $20,000.