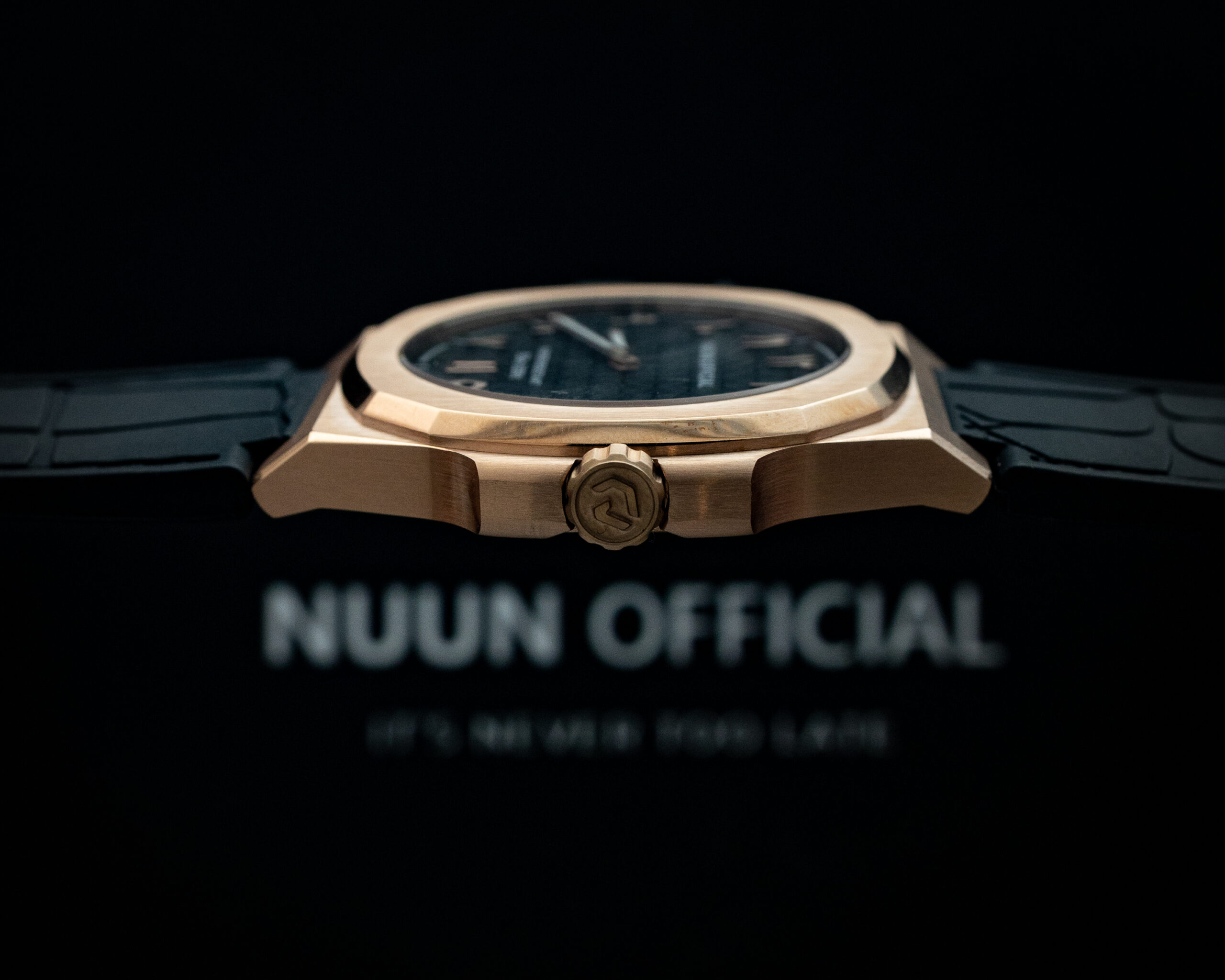 Nuun In The Desert: The Montre Type II Is A Summer Watch All The Way From Bahrain

18 Comments
by SponsoredPost
Sponsored post presented on aBlogtoWatch for advertiser

It’s a well-known phenomenon that centers of innovation have a puzzling ability to self-sustain. Take Silicon Valley, the home of apocryphal stories of garage-borne invention and world-changing development. While proximity to world-class universities certainly helped kick things off, this single explanation falls far short of decoding exactly why California’s Santa Clara Valley (as it is geographically known) birthed many of the firms and tech that shape the digital world today. Why did it happen there and not somewhere else? Maybe it’s something in the water. 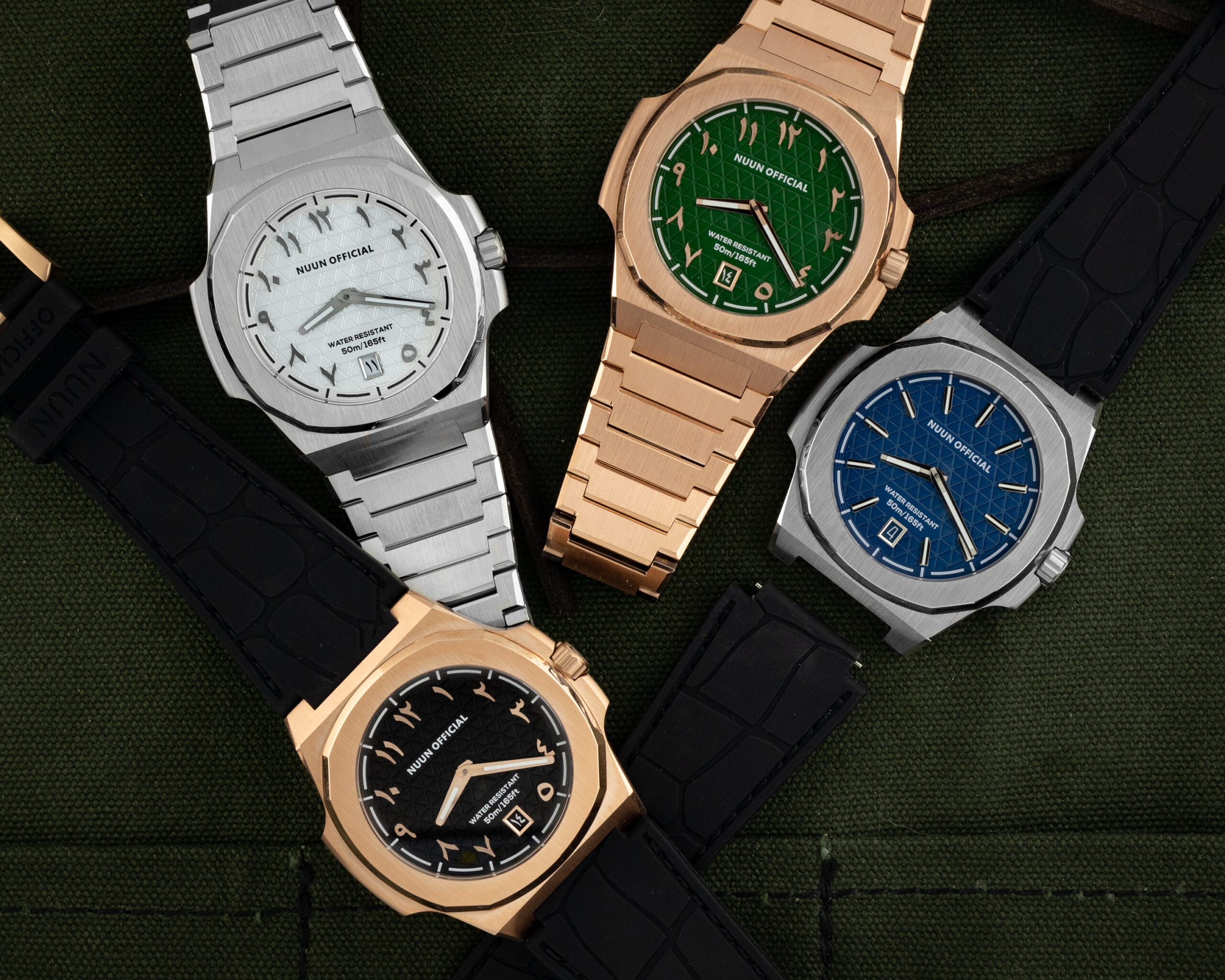 The same is true in watchmaking, and volumes have been written on the subject of why places like Lancaster in Pennsylvania, Geneva in Switzerland, London in the United Kingdom (Greenwich Meantime anybody?) and Glashütte in Germany became the horological centers of gravity. Aside from the creative ingenuity these locales produce (just look at some of the mind-bending creations from this year’s Watches &amp; Wonders show), the timekeeping hubs of the world excel at not just developing talent, but keeping it local. Some argue it’s this aspect — cultivating the skilled labor needed to design, make and innovate great watches — that is the “secret sauce” in producing great timepieces. 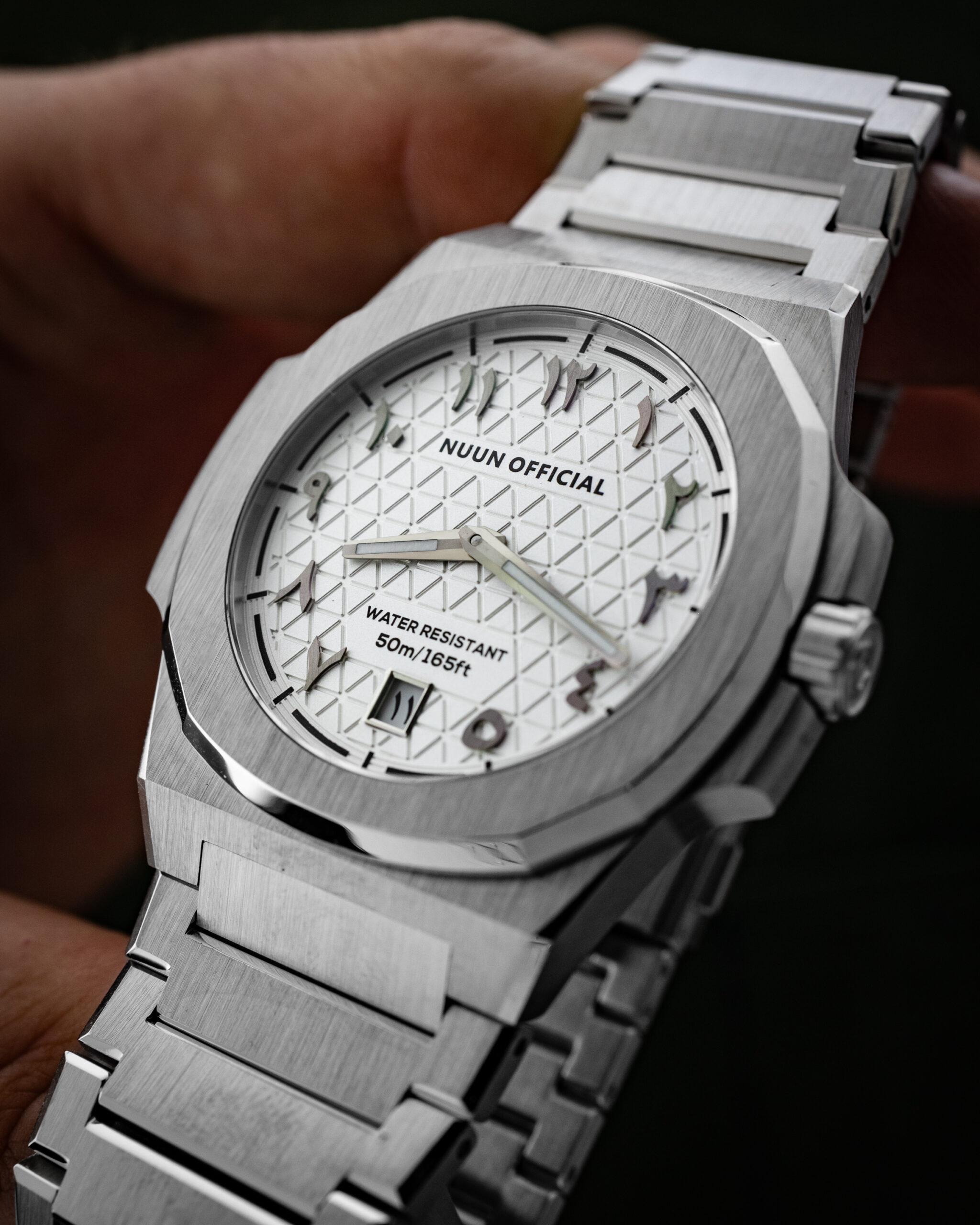 That may be so. But it certainly doesn’t mean laudable creations can come only from these centers. In fact, when a great timepiece arrives on the scene from someplace other than these locus points, watch fans sit up and pay attention. So our attention turns to Nuun Official, Bahrain’s foremost (and quite possibly most serious and genuine) purveyor of home-grown watch design. A producer of timepieces since 2016, Nuun Official’s Montre Type II is a reimagining of the familiar, paying tribute to greatness while representing something entirely novel. 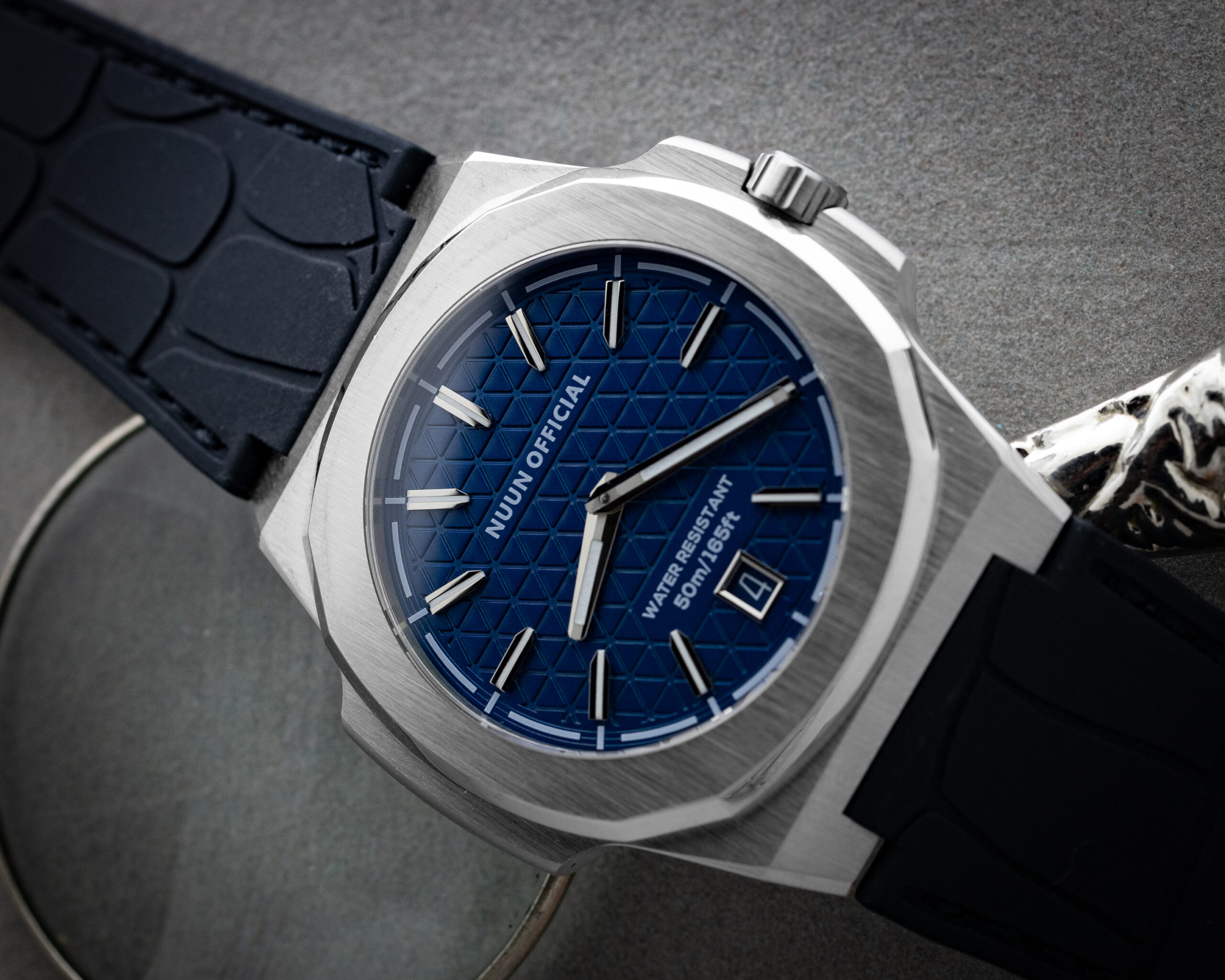 In examining the Montre Type II, let’s start with the glaringly obvious — those ears! Even casual watch fans would recognize that singular design element and for good reason: It’s simply one of the most iconic case creations in modern watchmaking history. Yet, not unlike the ubiquitous smartphone, whose general shape is nigh identical in devices made by every manufacturer from Apple to ZTE, the “slab” style smartphone is popular because, frankly, it just works. So, too, the humble T-shirt. Can any one manufacturer lay claim to the basic shape of a T-shirt? Or should such a design be available to all those who want to experiment with it? The point, of course, is that protecting design is a finicky thing. Sometimes, a great design deserves to be celebrated by more than just the originator. Others can innovate upon it, creating an amalgam of ideas based on one, great, original design. Looking beyond the obvious, we begin to examine what makes the Montre Type II special in its own right. 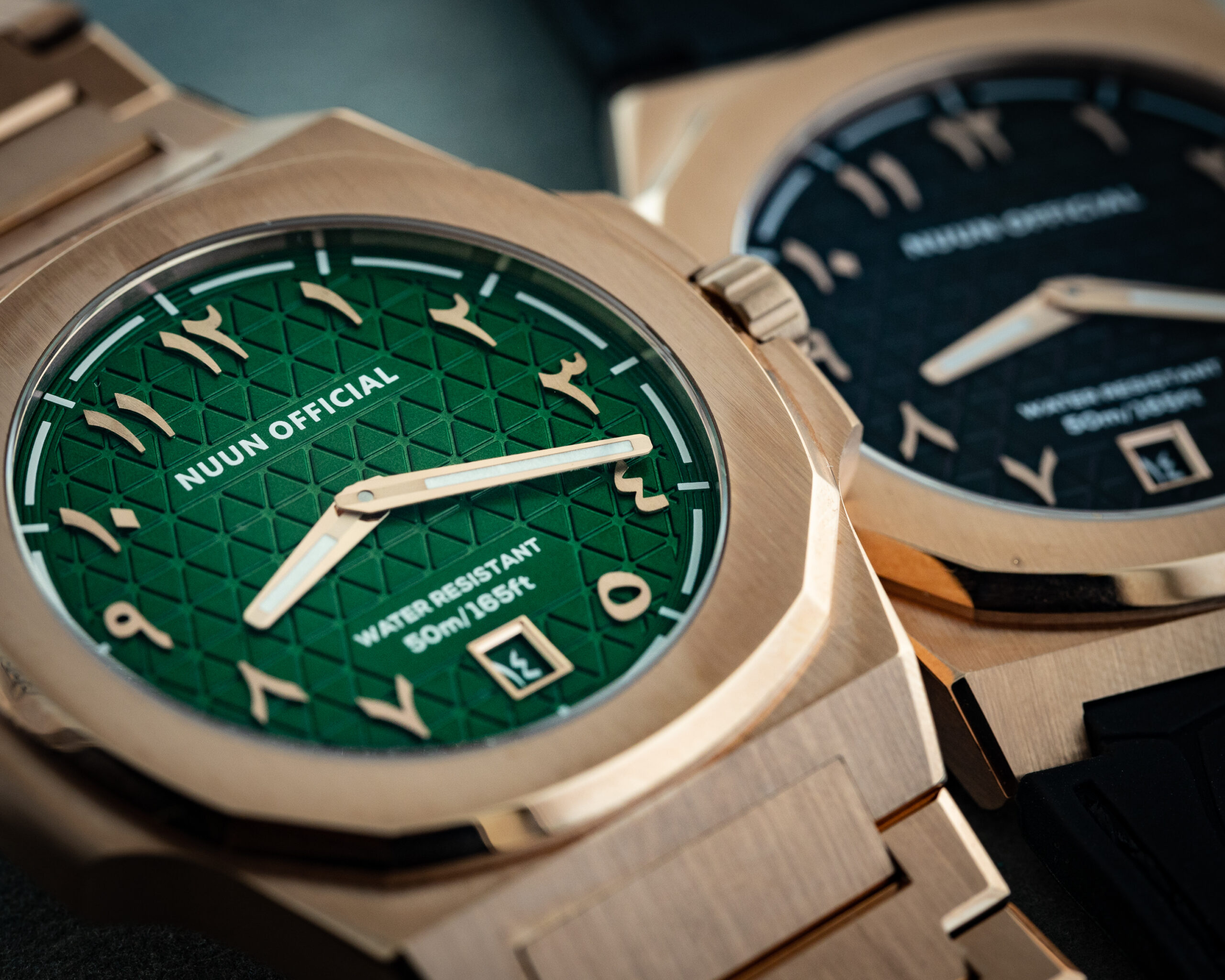 The Montre Type II builds (as the name might imply) on Nuun Official’s Montre Slim collection. Kicking things up a notch, the Type II collection offers updated dials, a 6 o’clock date window, and an upgraded Swiss Ronda 714 quartz movement. Key here is the absence of a seconds hand, making the function of the Type II a subtle and dressy affair with no herky-jerky hands disrupting the dial’s elegant appearance. Examining the dial, a signature triangular pattern stands out, repeated across and beneath the brushed steel applied indices. These, most notably though not exclusively, are presented in Eastern Arabic numerals. Here we get the first clue with regard to the brand’s heritage as a Bahraini outfit. Formed six years ago and headquartered in Manama, Nuun Official is that rare bird in the Middle East — a local watch brand doing more than just shuttling other people’s watches from east to west (or vice versa). Nuun Official prides itself on direct collaboration with global designers in Europe, locally, and beyond to craft pieces that say something about where they come from. In the case of the Montre Type II, that’s a watch sturdy enough for a day at the beach but still at home in professional settings or indeed, out for the evening. Add in a sensibly sized 40mm case (not including the ears) plus an integrated sports bracelet, and the result is the Montre Type II. 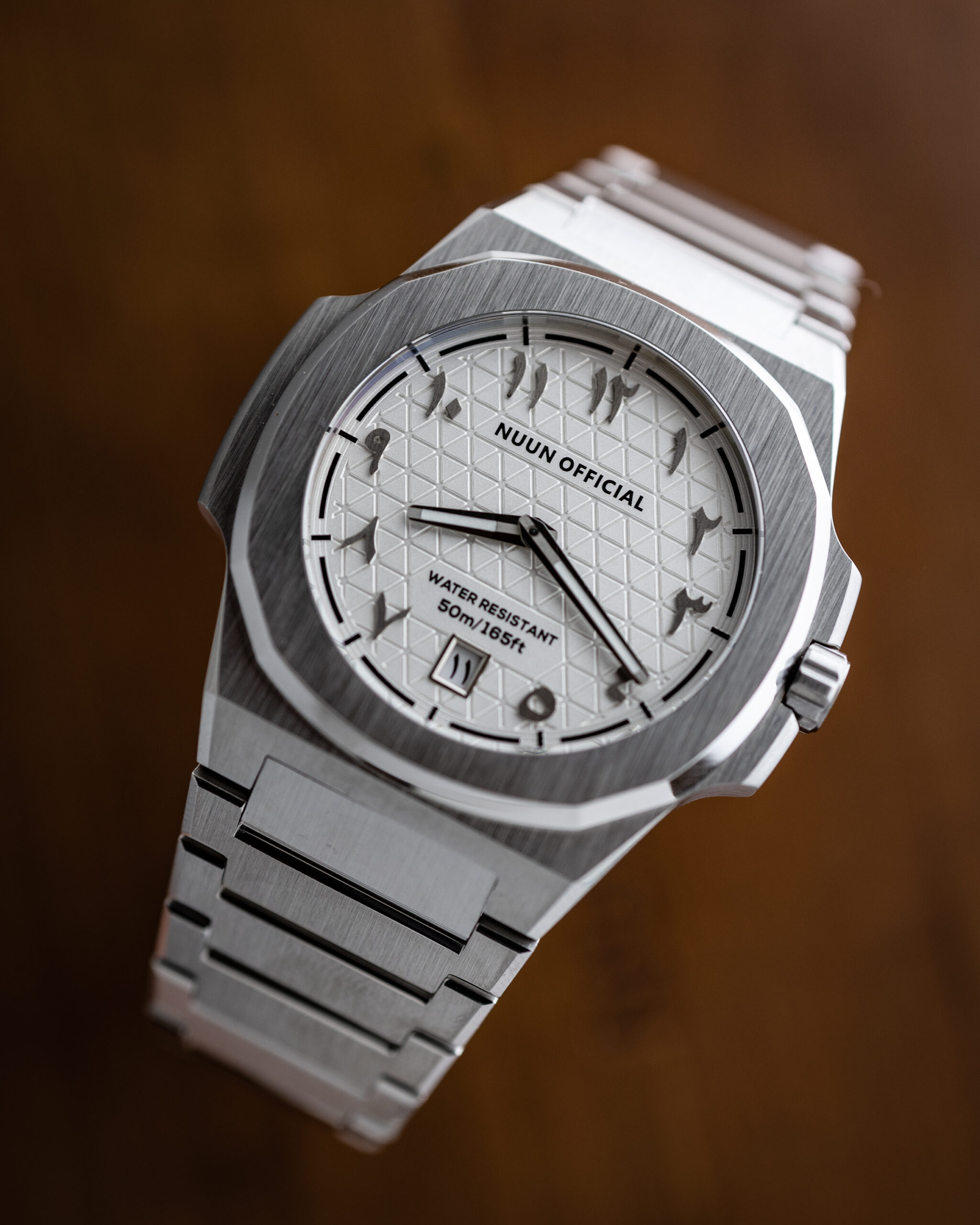 In addition to the well-formulated dial, case, and numerals, the Type II checks a number of other boxes as well. A favorite is the color-matched date window located at 6 o’clock. Each variant of the Type II is also available with stick indices and here, the date window makes use of Western Arabic numbers, giving a more practical option for those unfamiliar with Eastern digits. The undistracting stick hands are lumed and the crystal is anti-reflective sapphire—two absolute musts for many watch collectors. Water-resistance checks in (as stated on the dial) at 50 meters meaning this is a watch that will stand up to everyday moisture exposure. The crown pops right out with minimal fuss and as one might guess from the tried-and-true Ronda movement, time setting is quick, smooth, and uncomplicated. One feature watch fans will appreciate is the minimalist minute track around the dial. Even without individual markers, the exact time can be more accurately determined than it otherwise might be and the addition of this track helps draw the eye’s attention toward the numerals. 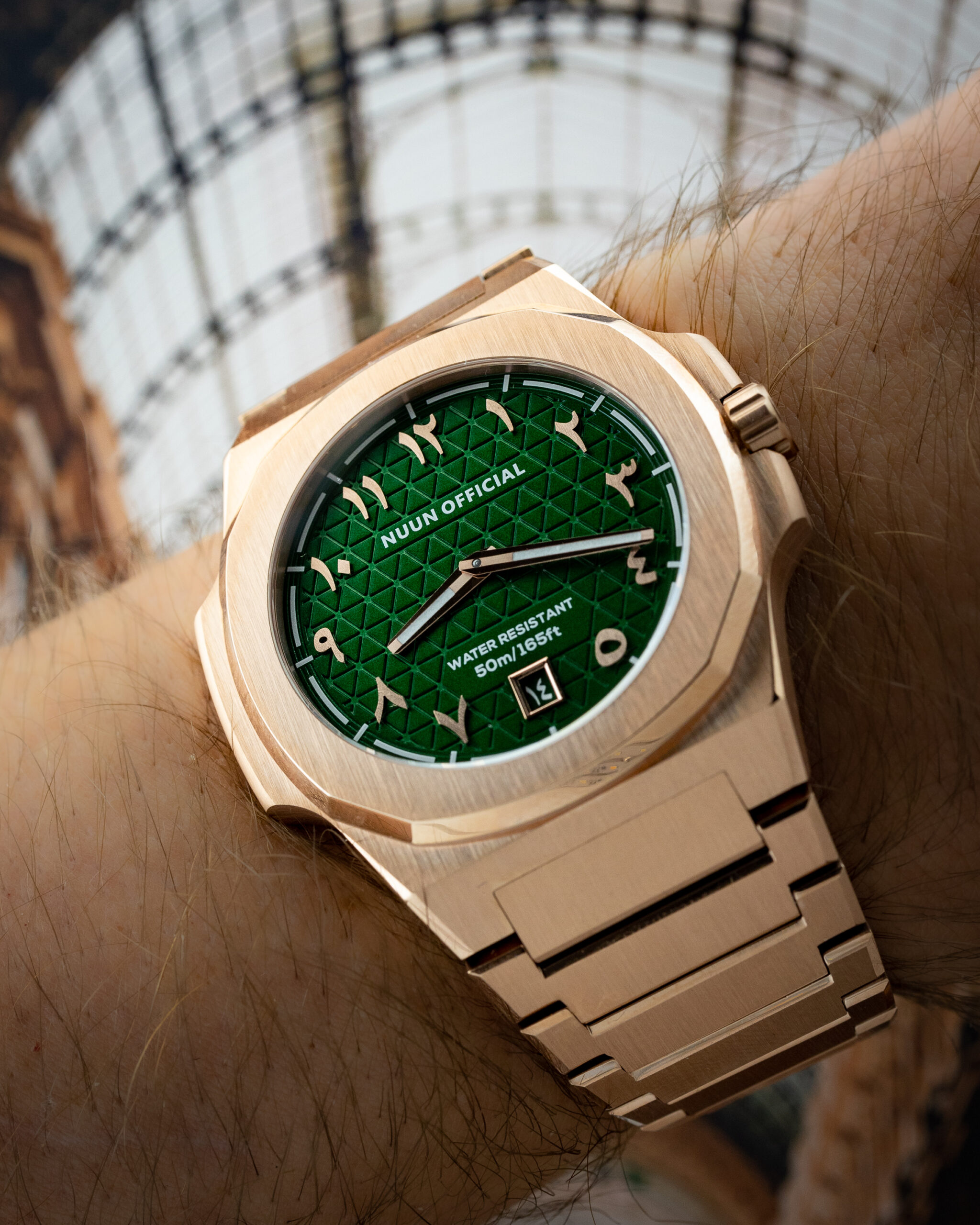 On the wrist, the Montre Type II is impressively light and thin. Thanks to the natively skinny Ronda quartz movement, the watch measures just 8mm thick, making it a subtle companion that won’t attract undue attention in profile. The stainless steel links are small enough to form-fit to any wrist size while the folding pushbutton clasp clicks satisfyingly. Overall, it’s supremely comfortable, making it wearable all day long. Even more, every watch includes an extra rubber strap that is possibly even more enjoyable than the bracelet. Thanks to a formulation Nuun Official calls “Nanotech Rubber”, the stitched straps have a soft, anti-friction feel not commonly associated with silicone straps, especially at this price point. Most importantly, both bracelet and strap come with quick-release springbars already installed, making speedy changes a cinch. 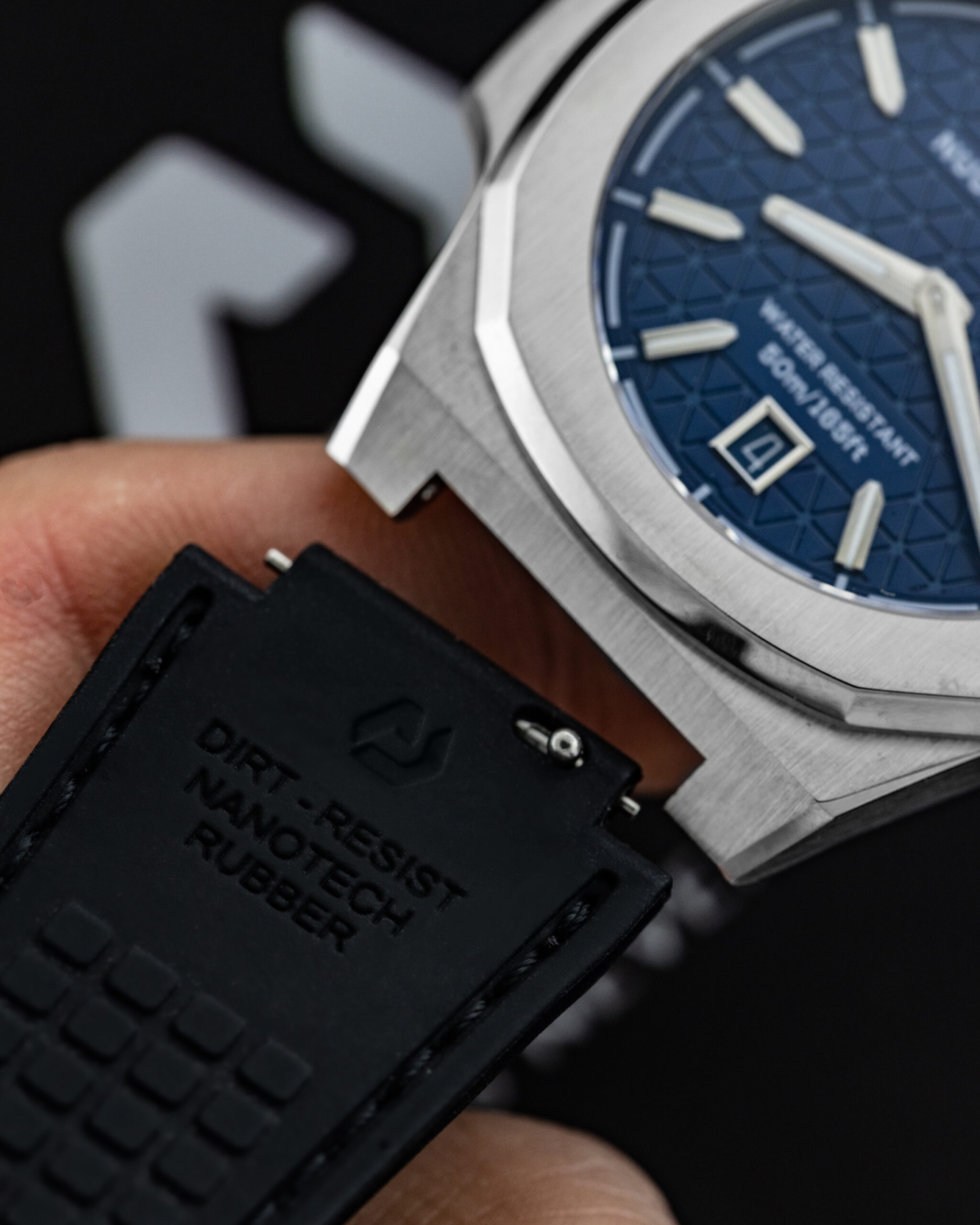 When it comes to options, the Montre Type II comes game-ready. Beyond the versatility of the straps, the Montre Type II is available in a variety of dial options and metals. Most captivating is the rose gold with green dial variant that calls to mind the Middle Eastern use of emerald shades in vexoligy and beyond. Of course, the black and white variants in stainless steel are classics. Key here is Nuun’s commitment to color-matching; the brand has ensured that each applied index is paired to the case material. With four dial colors, two index options, two case colors, and two strap options, the Montre Type II takes on 32 different looks! 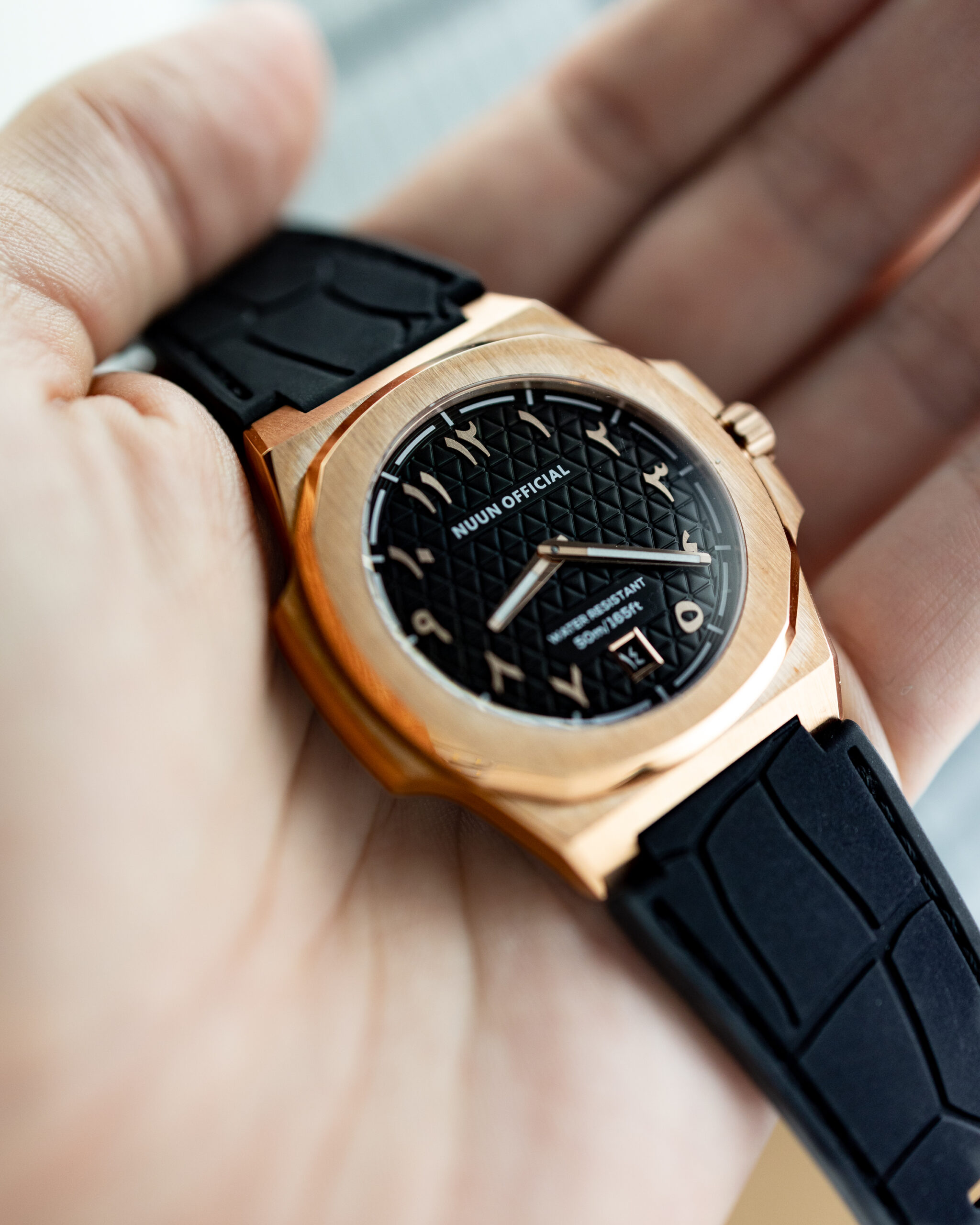 Taken together, Nuun Official’s Montre Type II gets the details right by offering features that have come to be expected like sapphire crystals and quick-release straps. Besides this, the slim profile, light weight, and famous shape mean it’s ready for action on any occasion. And in the world of horology, where the brand’s story counts for so much, Nuun’s heritage as a trailblazer in Middle Eastern watch design cements its position as a brand to watch. The Nuun Official’s Montre Type II retails for $519 USD. Learn more by visiting the Nuun Official website.