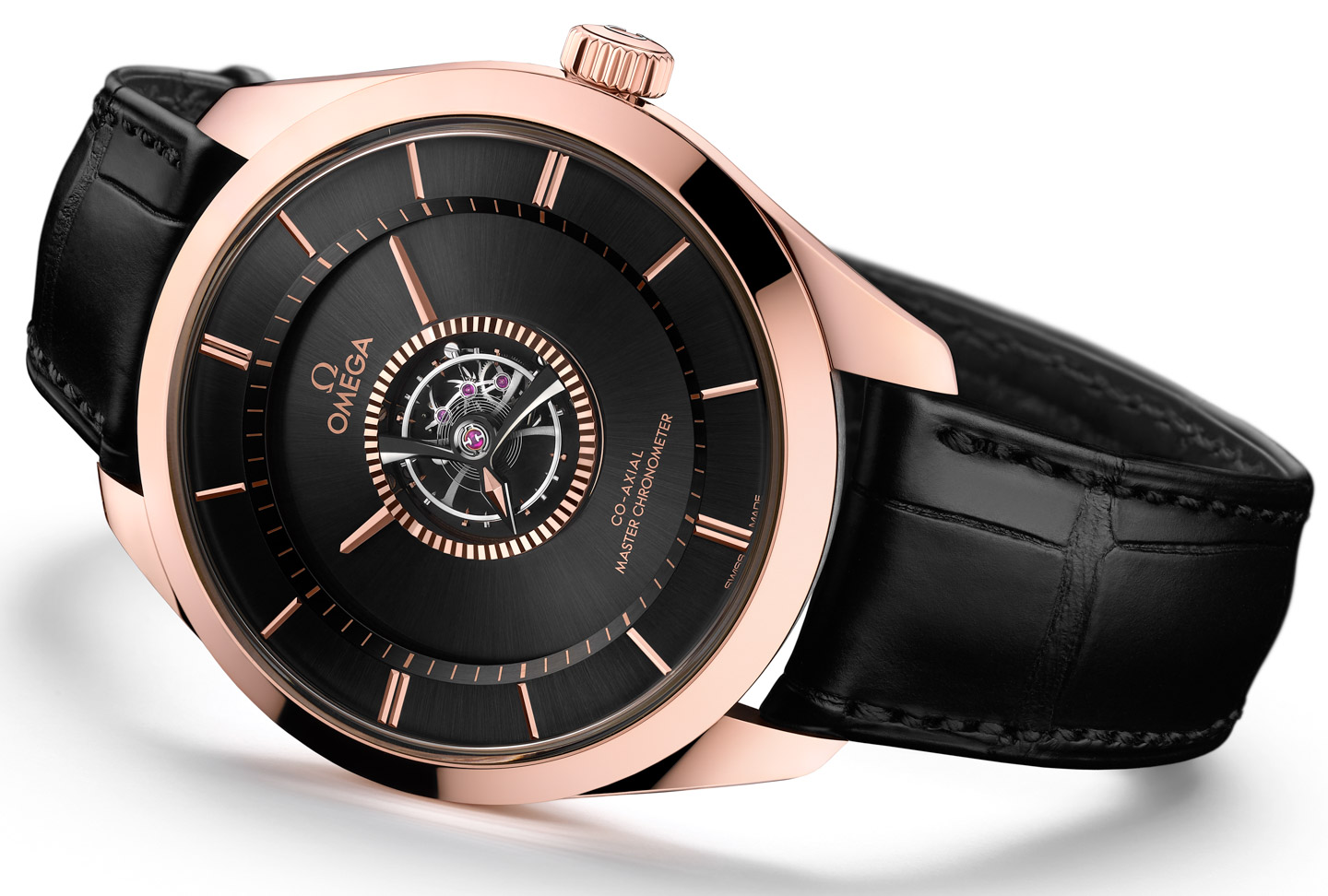 A familiar face appears again with the Omega De Ville Tourbillon Numbered Edition and its trademark center-mounted tourbillon. Originally debuted in 1994, what’s new is a solid gold movement with a Master Chronometer certification that entails anti-magnetic properties — a first for an Omega tourbillon — and a stunning new caseback view on this hand-wound caliber. 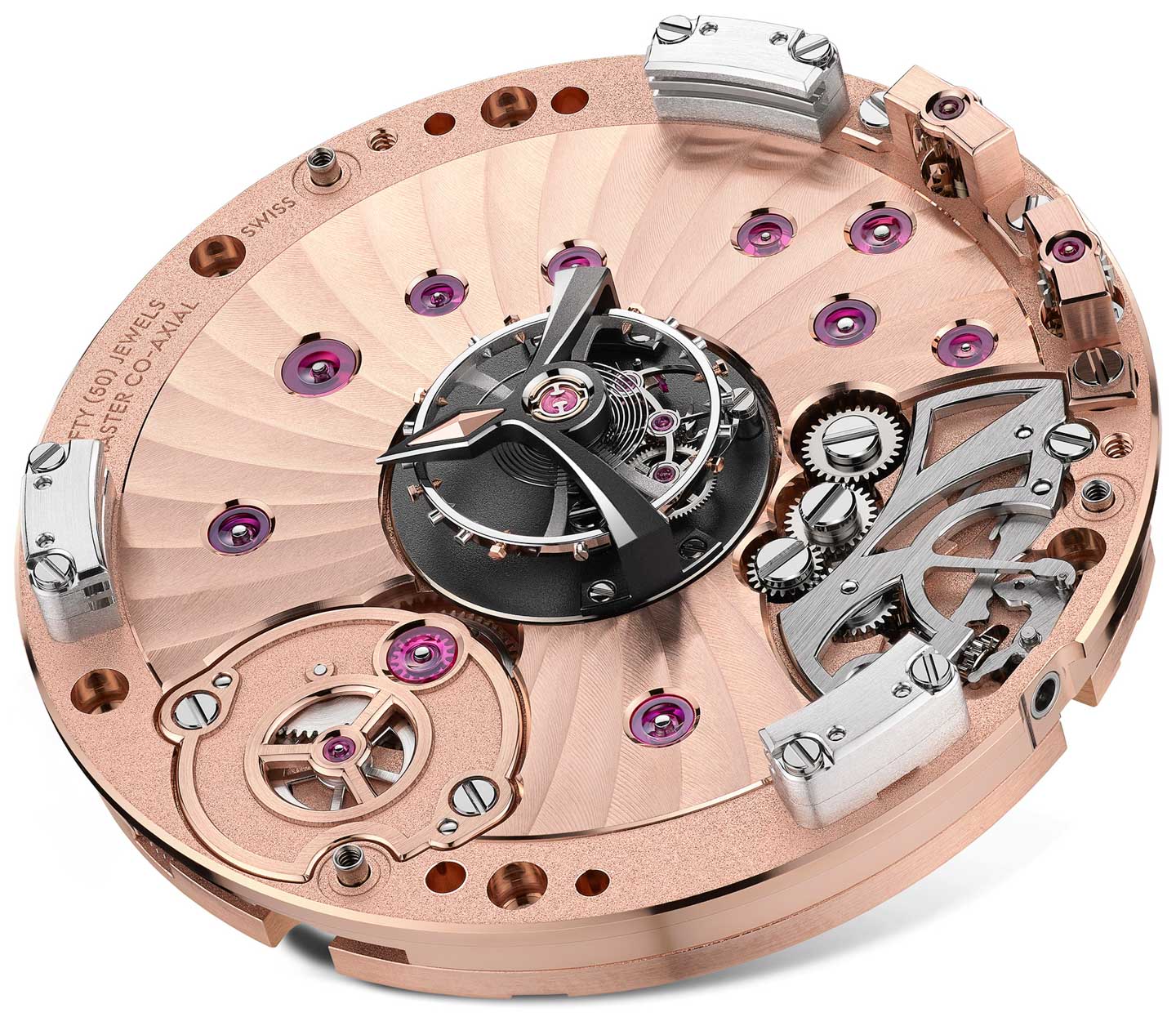 Powered by the bar-none exquisite-looking Co-Axial Master Chronometer Calibre 2640, the latest De Ville Tourbillon has its bridges and mainplate crafted from solid 18k Sedna Gold, Omega’s proprietary gold alloy that is also used for parts of the case. The Omega Caliber 2640 has three days of power reserve — something you can keep track of through the power reserve indicator on the back and, being a hand-wound movement, you can replenish through the crown. The dial side of the movement, with its openworked sections, beveled edges, and mirror-polished screws is a sight to behold — too bad that all, except the tourbillon itself, is hidden by the dial. Here’s hoping for another open-dial version. 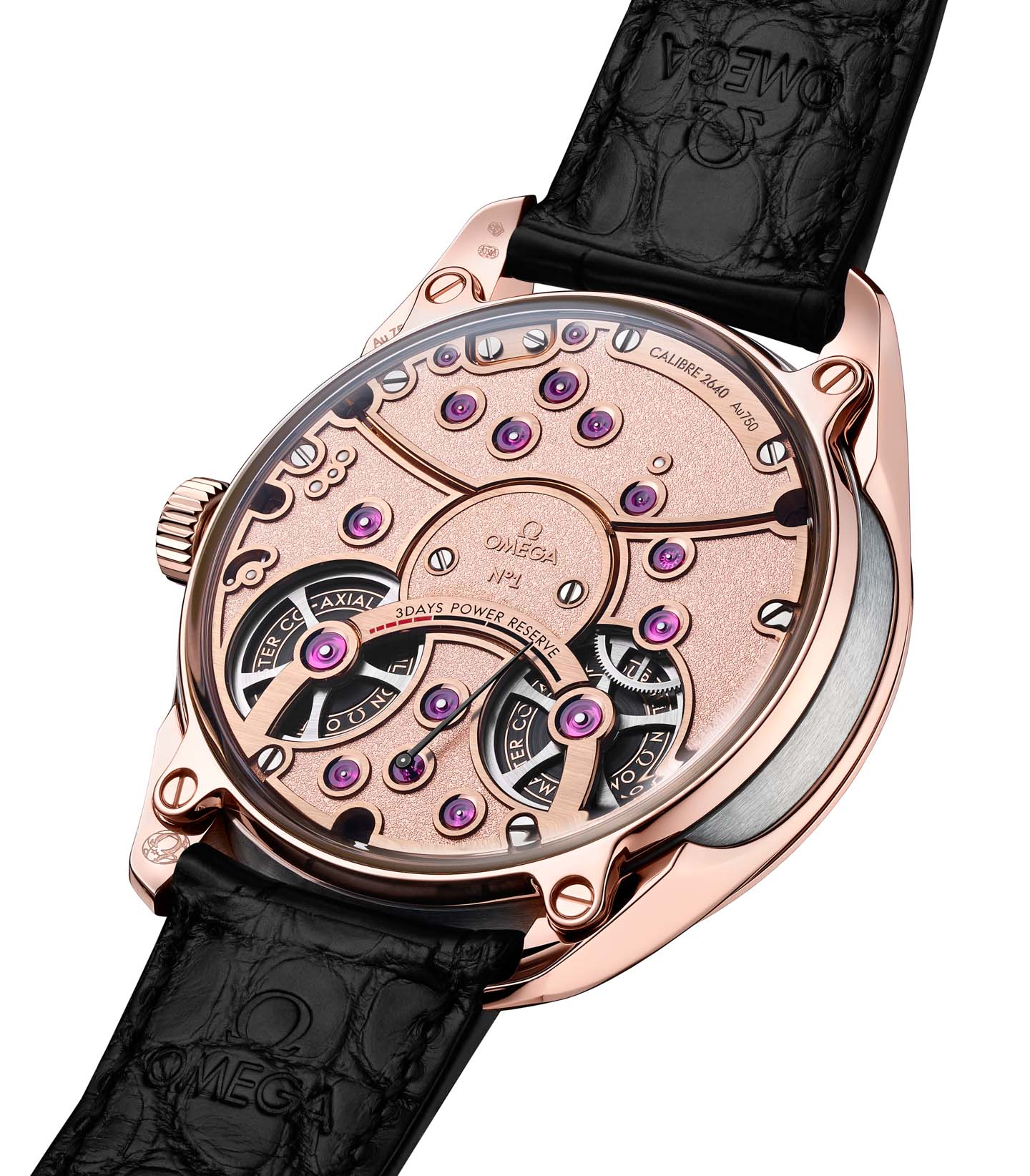 The big deal is what’s recorded on the dial, as well as on the mainspring barrels: the Master Chronometer certification. This is Omega’s METAS-certified in-house testing procedure that, among other things, addresses accuracy (0 to +5 seconds tolerance) and power reserve before and after exposure to an immensely powerful, 15,000 Gauss magnetic field. Attaining such properties on a low-production, highly exclusive caliber such as the Omega Caliber 2640 must have required heavy investment into R&D. Add to this the fact that most all manufactures prefer not to have their tourbillon movements submitted to COSC or other chronometry performance tests for the simple reason that wristwatch tourbillon movements are a pain to reliably regulate, and this movement powering through magnetic fields while attaining the aforementioned strict tolerance in timekeeping becomes all the more respectable. With all that in mind, it’s arguably amusing to read Omega calling the industry-standard one-minute rotation of the tourbillon an “extraordinary feat in Tourbillon creation” when there’s so much else to be proud of. 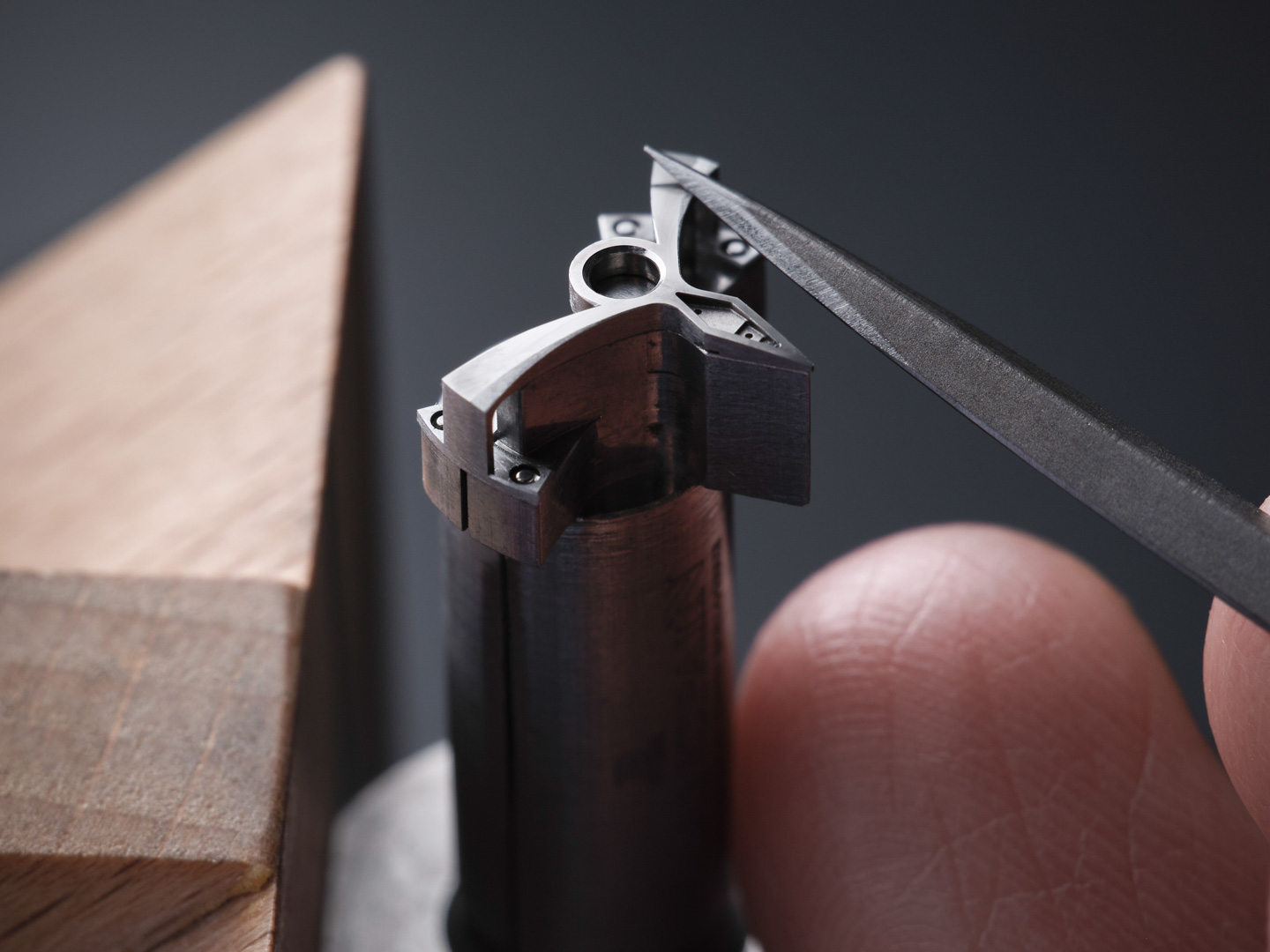 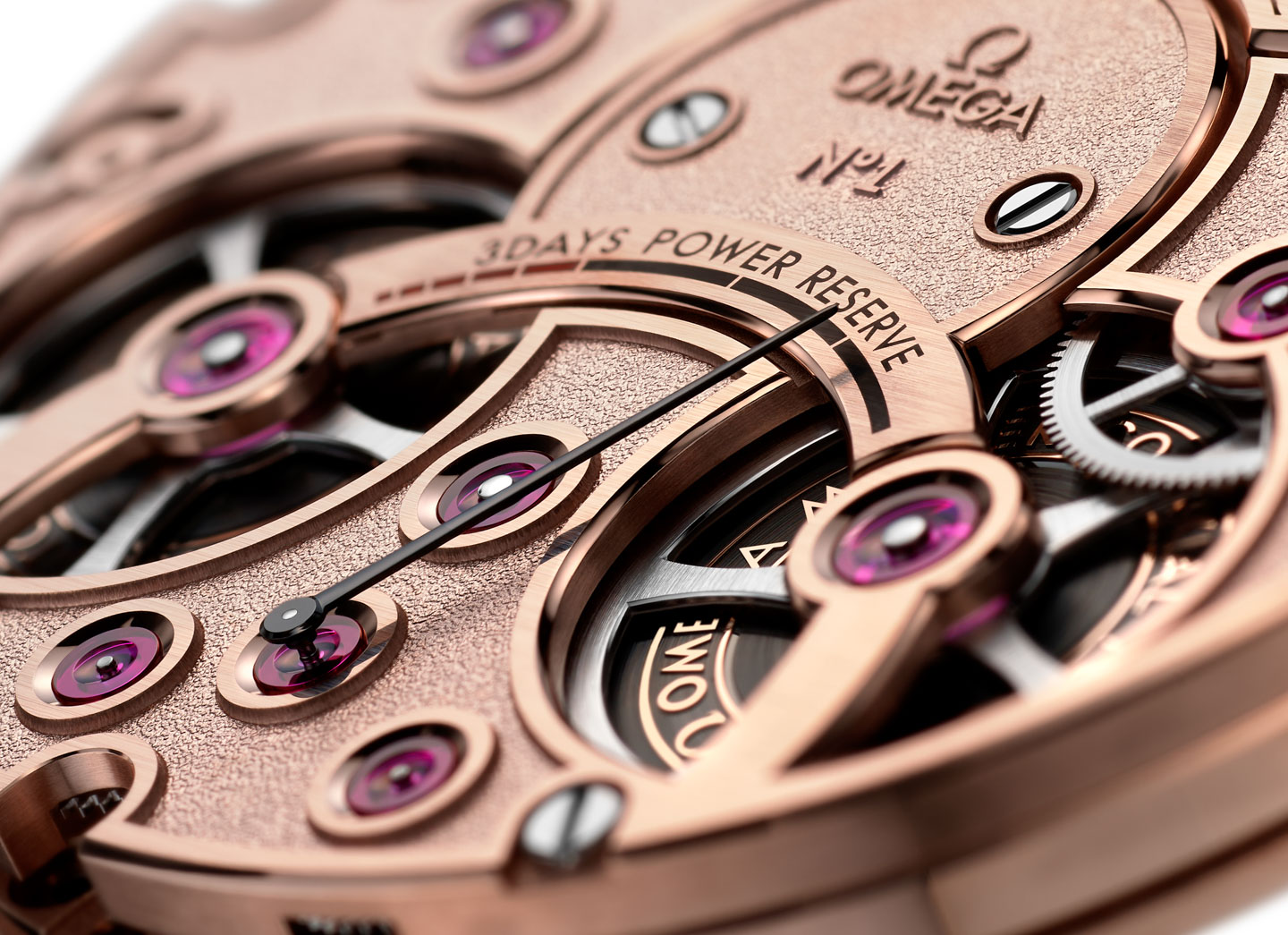 …Like the apparent quality of the finishing across this great-looking movement. Well into six figures, that’s a given — but it has to be said Omega has really set out to prove its worth in the haute horlogerie game with the new Omega De Ville Tourbillon Numbered Edition. The caseback displays two barrels in an impressively symmetrical layout, secured by openworked plates with raised contours and recessed, frosted interiors. If this doesn’t make your watch loving heart beat faster, we are not sure what would. 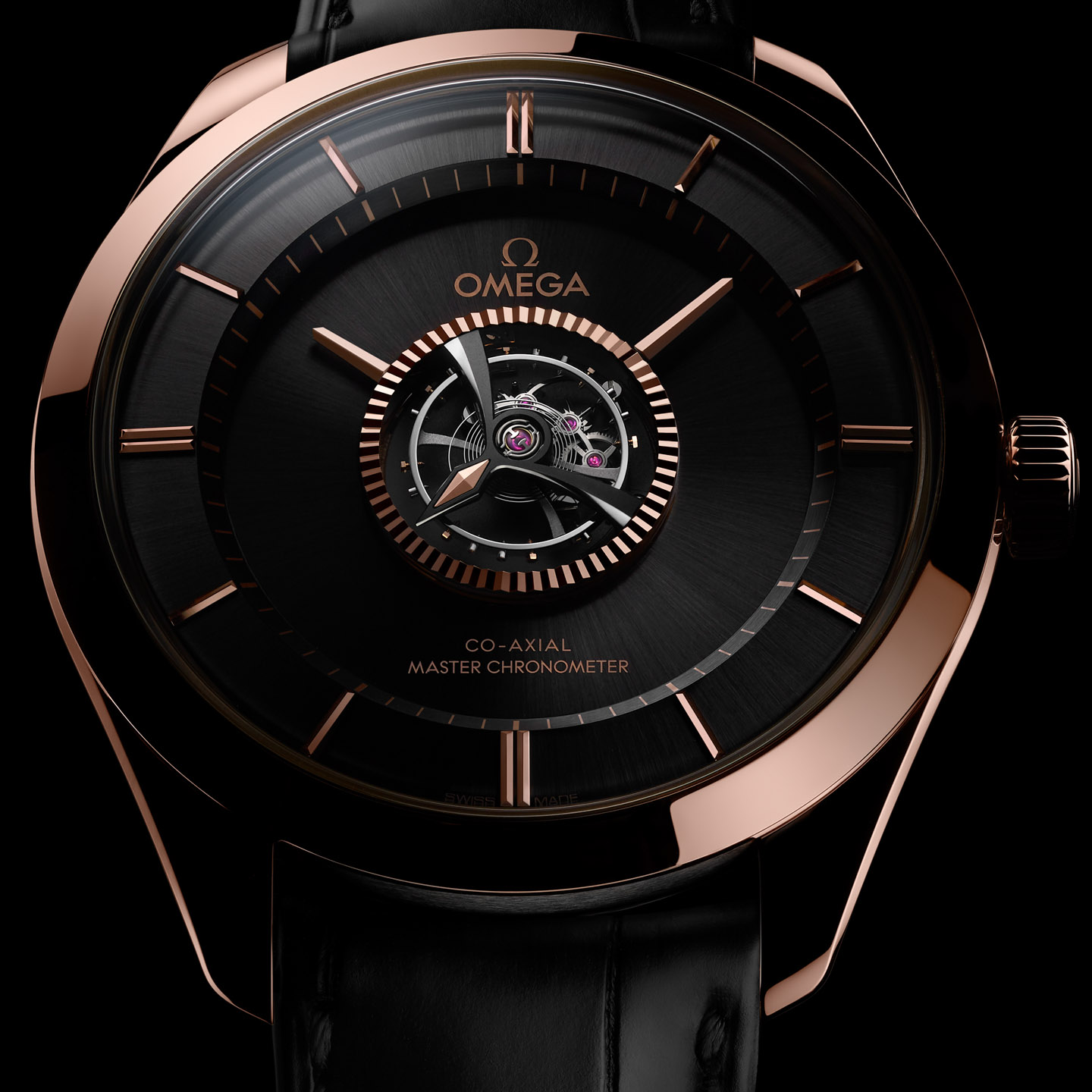 Even the dial itself is crafted from solid gold — only to then be PVD-coated to black. This is becoming sort of a trend lately. We wonder when, if ever, we will see a coating technique that takes off the bling edge of gold by making it darker without covering it up completely. Time is told by two seemingly floating hands whose bases are covered by a round inner bezel that, frankly, looks eerily familiar.

The case is also crafted from Omega’s beautifully warm 18k Sedna Gold alloy and measures 43mm in diameter, with a caseback that is neatly filled to the brim by its movement. Water-resistance is 3 bar (equivalent to 30 meters), but you should wear the Omega De Ville Tourbillon Numbered Edition more around magnets than standing water. 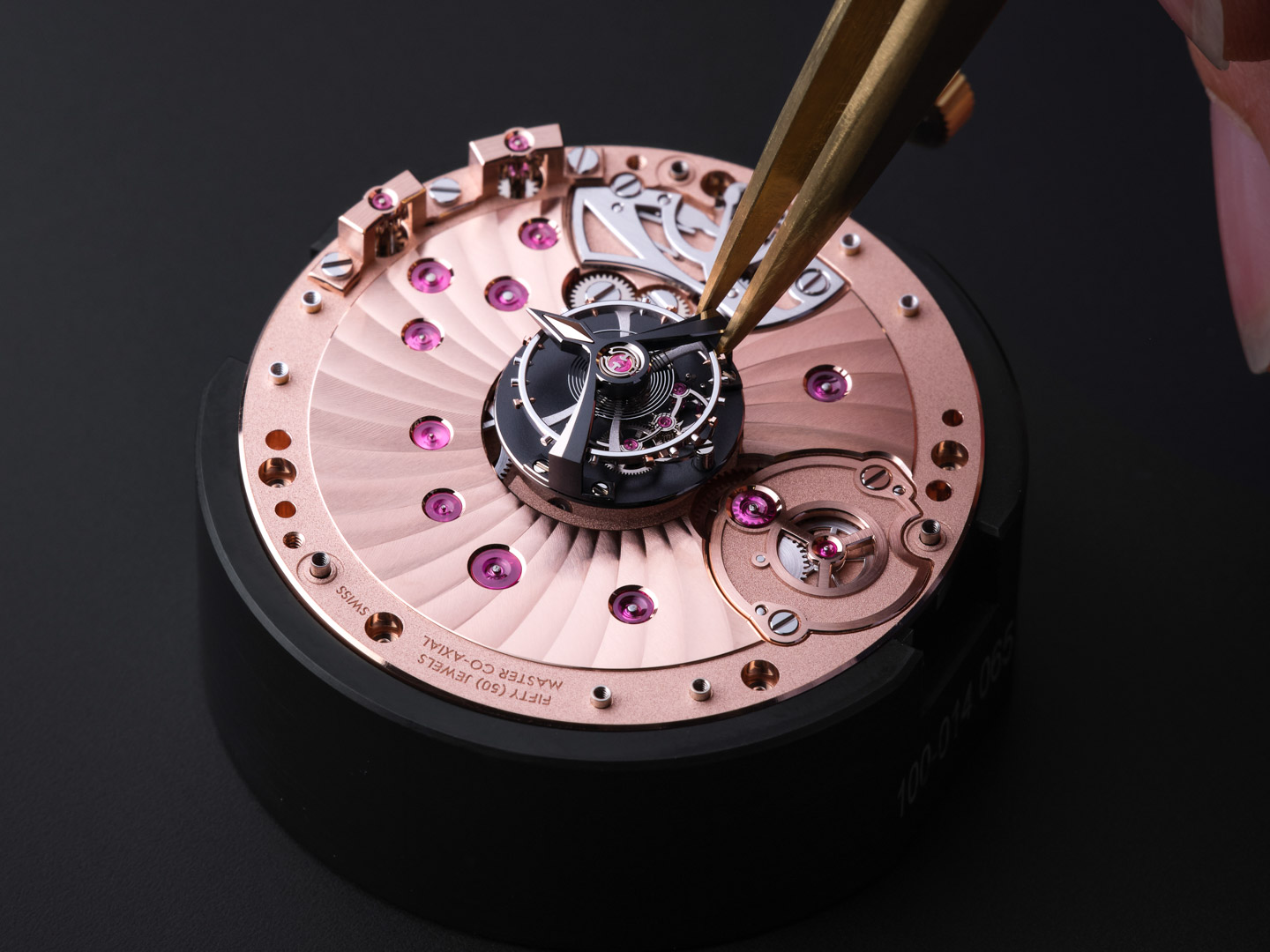 Price for the Omega De Ville Tourbillon Numbered Edition in $168,000 before taxes. Though it’s a numbered edition, unlike other limited edition watches of Omega, the De Ville with its central tourbillon won’t be restricted to a set number of pieces — instead, those few that will be made will have their individual number displayed on the back of the movement. A beautifully made and intelligently engineered watch for the well-heeled Omega collector — you can learn more on the brand’s official website.