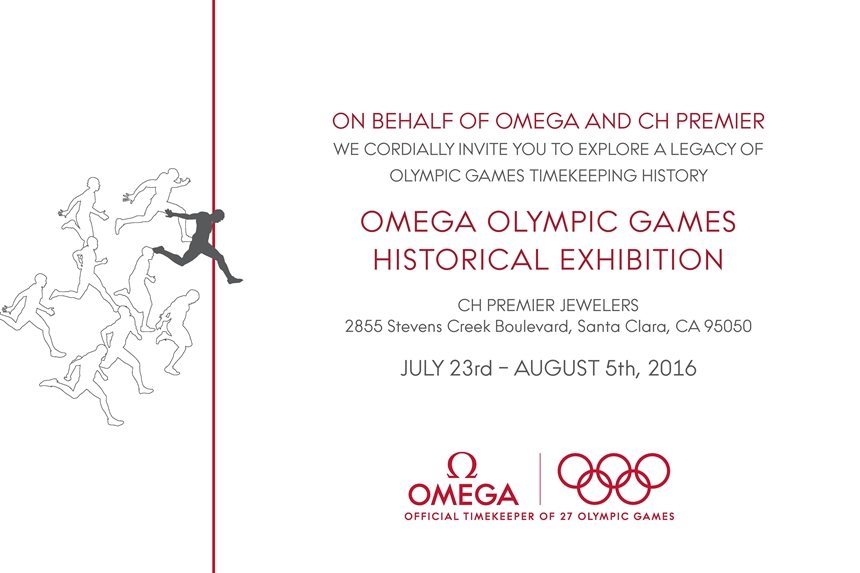 Visit CH Premier Jewelers in Santa Clara, CA, between July 23rd and August 5th, 2016, to see the limited-time Omega Olympic Games Historical Exhibition. The Olympic Games are the pinnacle of international sporting competitions, attracting athletes and spectators from over 200 countries. This August, the Olympic Summer Games will be held in the city of Rio de Janeiro, Brazil, and Swiss watchmaker OMEGA will return for the 27th time as the Official Timekeeper of the Olympic Games.

Since 1932, Omega’s timekeeping professionals delivered flawless timing to the world’s finest competitors for nearly all the Games. Omega has continued to innovate and revolutionize timekeeping technology, developing smarter, more precise technology with each event. Omega has made significant advances from the thirty split-second chronograph stopwatches of the ’30s. Omega will be taking 450 tons of equipment to the Rio 2016 Olympic Games.

To celebrate Omega’s proud history as the Official Timekeeper of the Olympic Games, and in preparation for Rio 2016, CH Premier Jewelers and Omega invite you to view the evolution of timekeeping technology. The exhibition will feature vintage timepieces and timekeeping instruments from the Omega Museum. 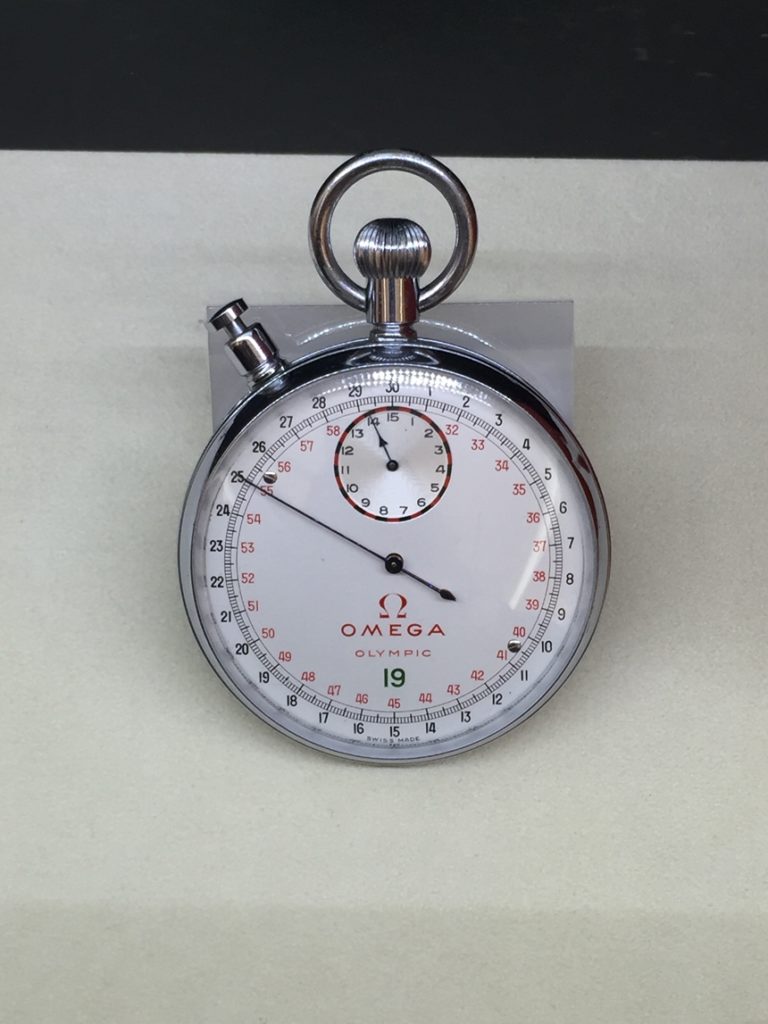 This chrome-plated timer is mounted on display at the Omega Museum and was used in the 1953 games in events such as athletics, swimming, cycling, skiing, speed skating, bobsleigh, rowing, and canoeing. It could time to 1/10th of a second. 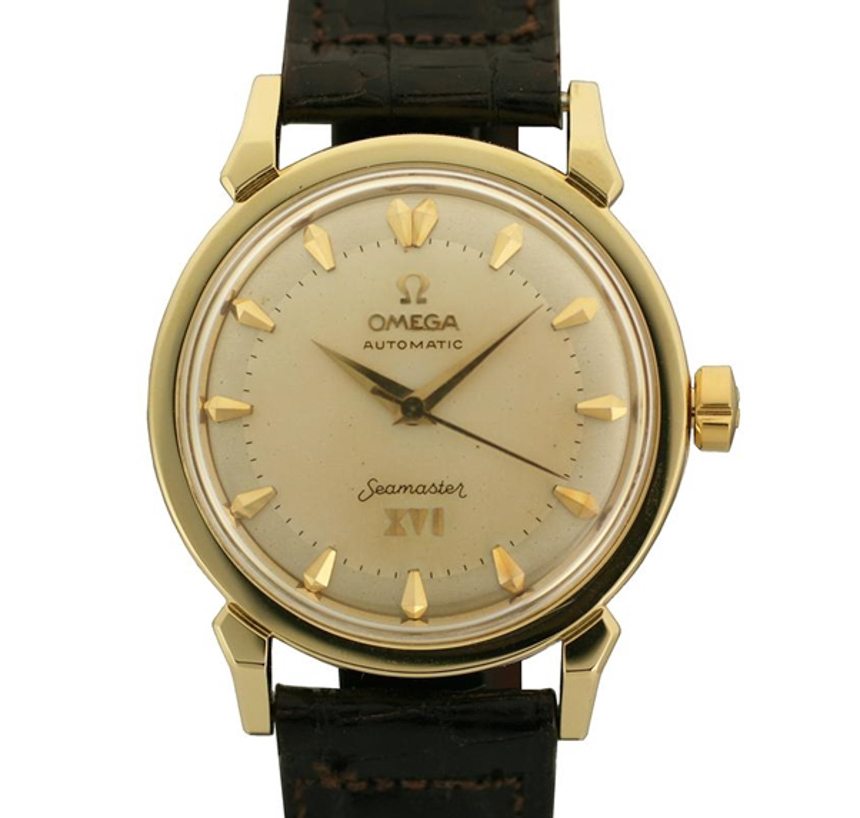 A model manufactured especially for the XVIth Olympic Games in Melbourne, Australia, to celebrate 25 years of uninterrupted timekeeping at the Olympic Games since 1932. The watch has an enamel dial, gold dauphine hands and large gold applied indexes. It also has prominent “dog leg” lugs on the case and the caseback is engraved with the Olympic Cross of Merit. 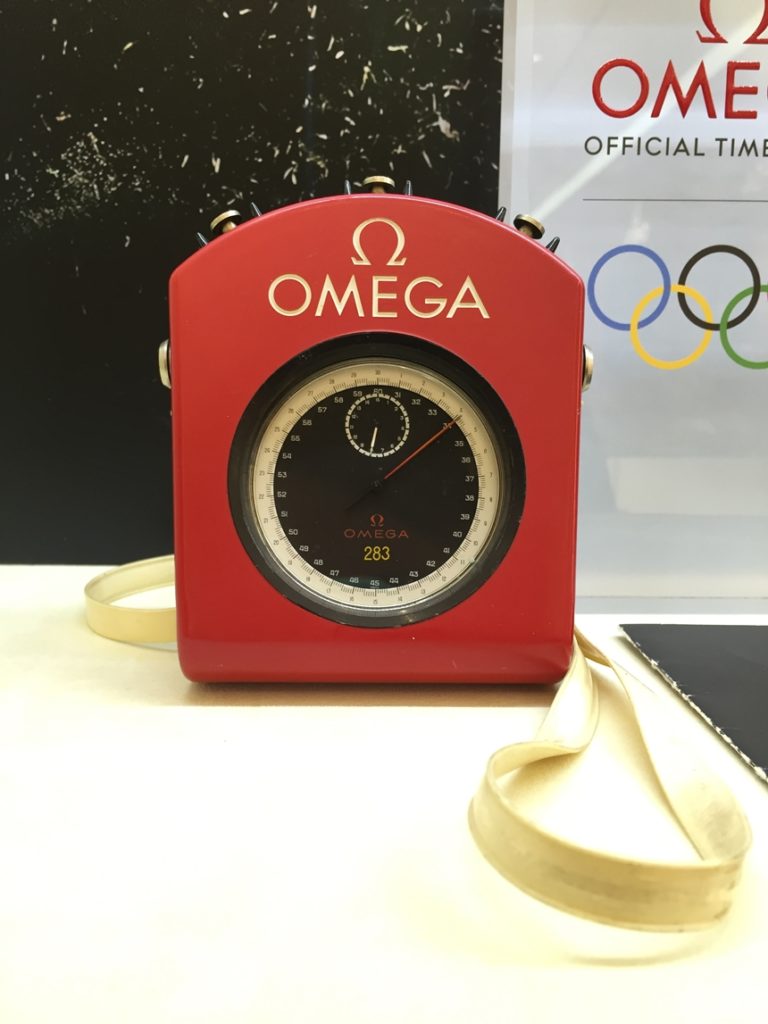 Worn on the shoulder, this chrome-plated timer was created with a red protection box that prevents an accidental stopping of the timer. This model was used among others at the 1968 Olympic Games in Mexico. It could time to 1/10th of a second in sports including athletics, swimming, skiing, cross country skiing, water-skiing, bobsleigh, artistic skating, speed skating, cycling, horse racing, rowing, and canoeing. 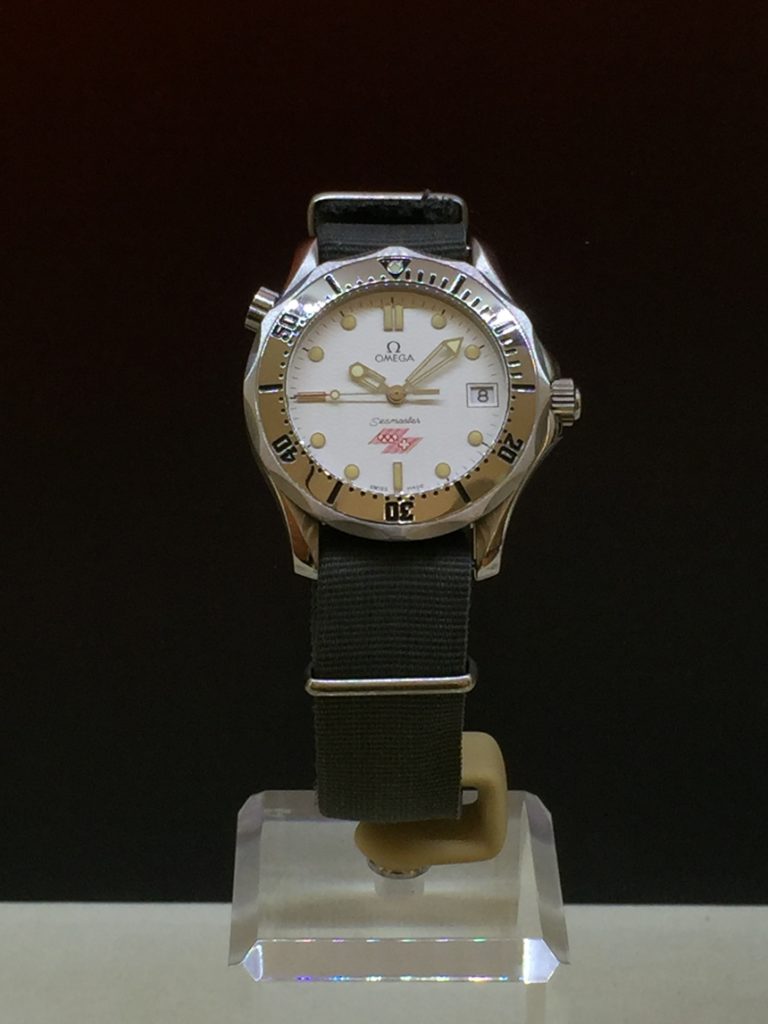 A Seamaster model created especially for the 1994 Winter Olympic Games in Lillehammer, Norway. Offered by Omega as official timekeeper to the athletes of the Swiss Olympic Team, it was also sold exclusively in Switzerland in a series of highly limited editions and featured the logo of the Swiss Olympic team on the white dial. 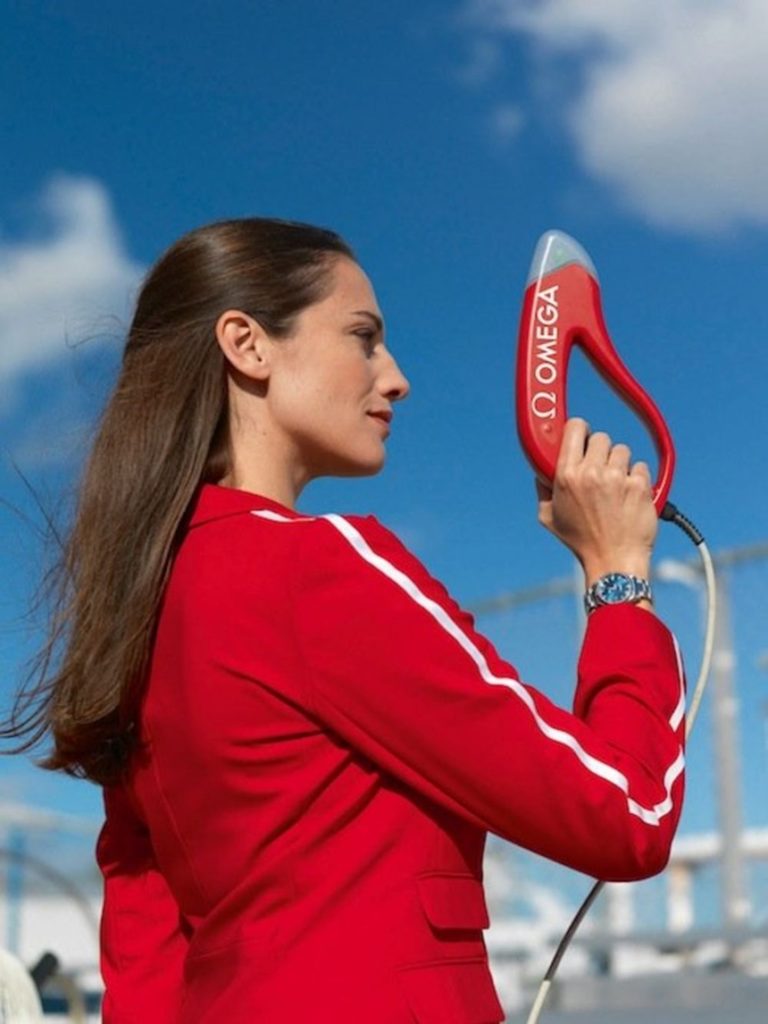 The problem with the traditional pistol was that sound travels slower than light. That meant that the racer closest to the pistol had a slight advantage because they would hear the start signal a fraction of a second before everyone else. Omega developed and streamlined an E-GUN composed of a flash gun and sound generation box. Speakers are positioned behind each racer so everyone hears the start signal at the same time. When the starter presses the trigger, a sound is “played,” a light flash is emitted, and a start pulse in given to the timing device.

Just in time for the upcoming Summer Olympics, Omega introduces the new “Rio Limited Editions” to their legendary line of Seamasters and Speedmasters – and they are absolutely breathtaking. They say, to wear one of these pieces is like diving “into the cidade maravilhosa – the musical rhythm of Rio de Janeiro.” The spirited trilogy pays homage to the hosting city of Rio de Janeiro and exhibits nuances that harmonize the beauties of the city, the spirit of Omega, and the winning culture of the Olympic Games.

We invite you to explore Omega’s rich heritage as the Official Timekeeper of the Olympic Games through a collection of vintage timepieces and timekeeping instruments since the 1930s. The exhibition will be displayed in the CH Premier Jewelers Omega shop-in-shop for a limited time.