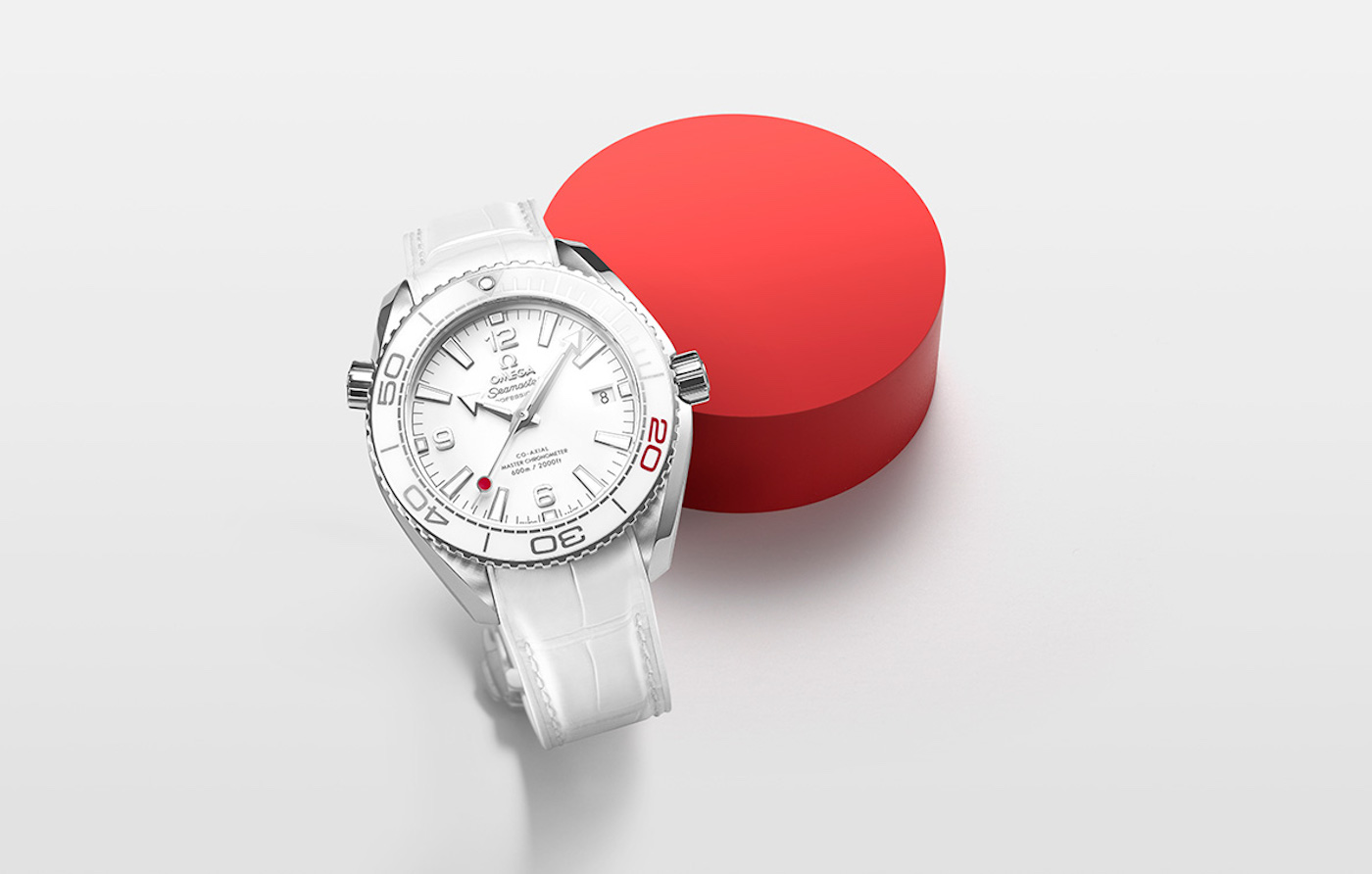 With a year yet to go until the curtain lifts on the games of the 32nd Olympiad, Omega is getting its commemorative watches out early. This week sees the release of the Omega Seamaster Aqua Terra Tokyo 2020 and the Omega Seamaster Planet Ocean Tokyo 2020 Limited Edition. The former integrates the logo of the Olympics 2020 into the dial design, while the latter adopts the colors and iconic red sun of the Japanese flag.

Omega’s relationship with the Olympics is long and well documented. While its status as the official timekeeper has not been constant since the first time it took over duties in 1932, the brand has shouldered the responsibility of recording records and separating the very best the sporting world has to offer an impressive 28 times, all told (including Winter Olympic events). 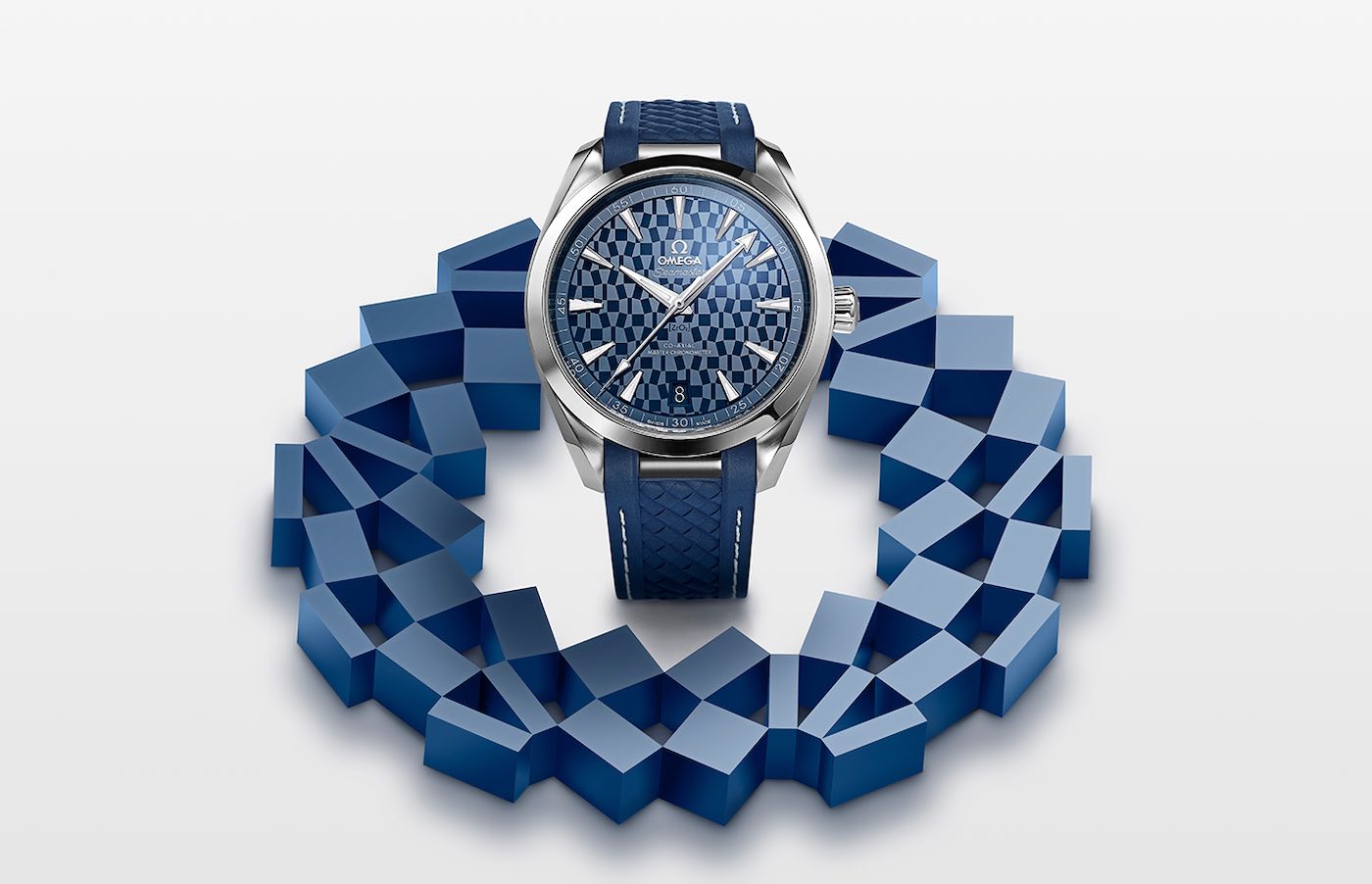 Striving to provide the best service to the men and women who spend their lives training for a shot at Olympic glory has spurred Omega to create some of the most sophisticated timekeeping technologies in the world. Both of these new timepieces showcase the very best of Omega’s core Seamaster offering by employing high-tech materials and in-house movements. 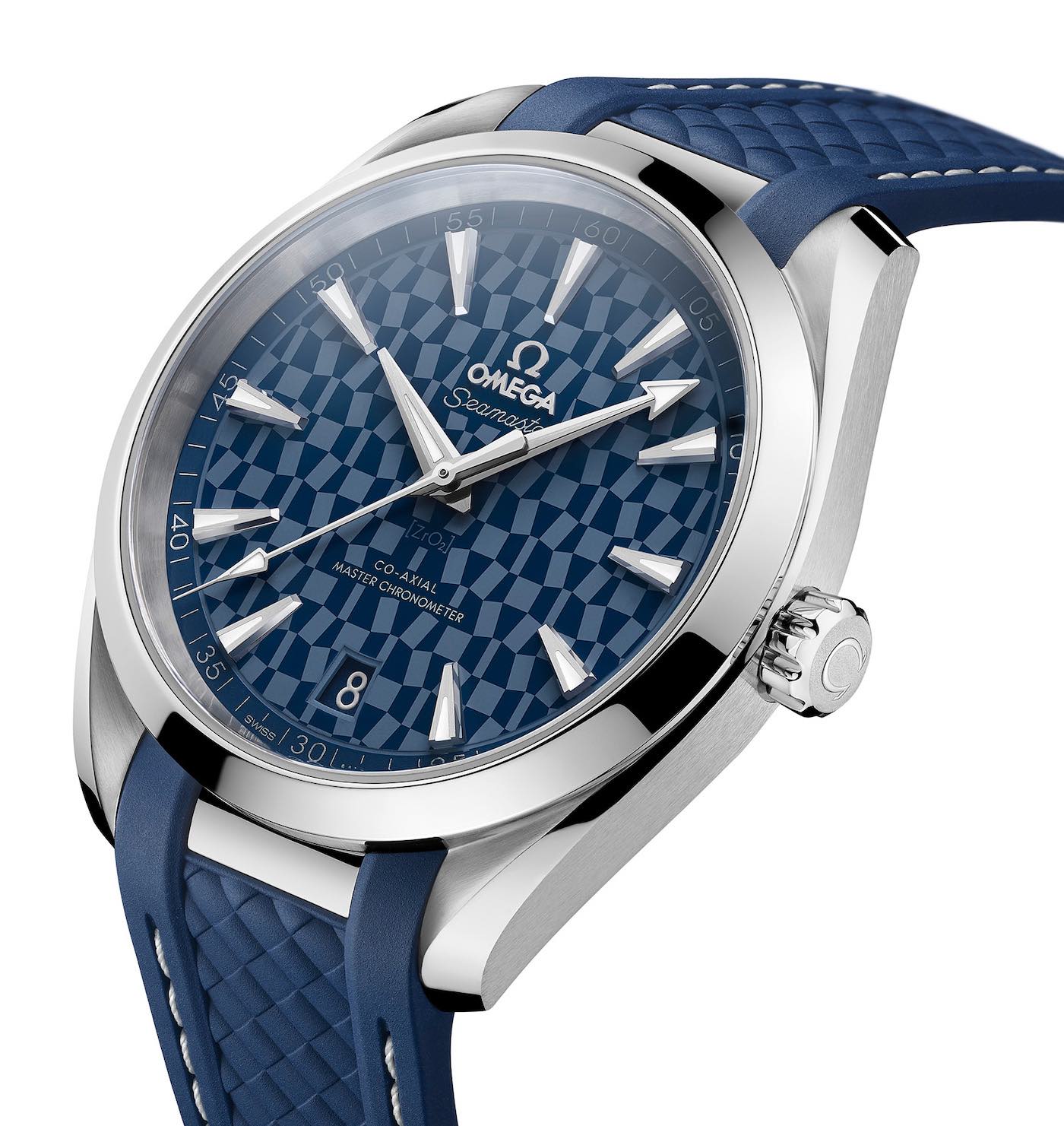 The Seamaster Aqua Terra Tokyo 2020 Limited Edition is designed to perform on both the land and in the water. Rather than simply printing the geometric logo of the Games on the dial, Omega has, instead, opted to debut the Aqua Terra collection’s first laser-engraved ceramic dial. Following the positive reception of the Omega Seamaster 300M Co-Axial Master Chronometer at Baselworld 2018, which also boasts a decorated ceramic dial, the brand opted to roll out the technique in what is a dressier branch of the Seamaster tree. The 41mm stainless steel case has a sapphire display back, which is also embellished with the 2020 logo. Through this, it is possible to see the OMEGA Master Chronometer Calibre 8900 beating away, keeping time to the highest standard of precision and magnetic-resistance. 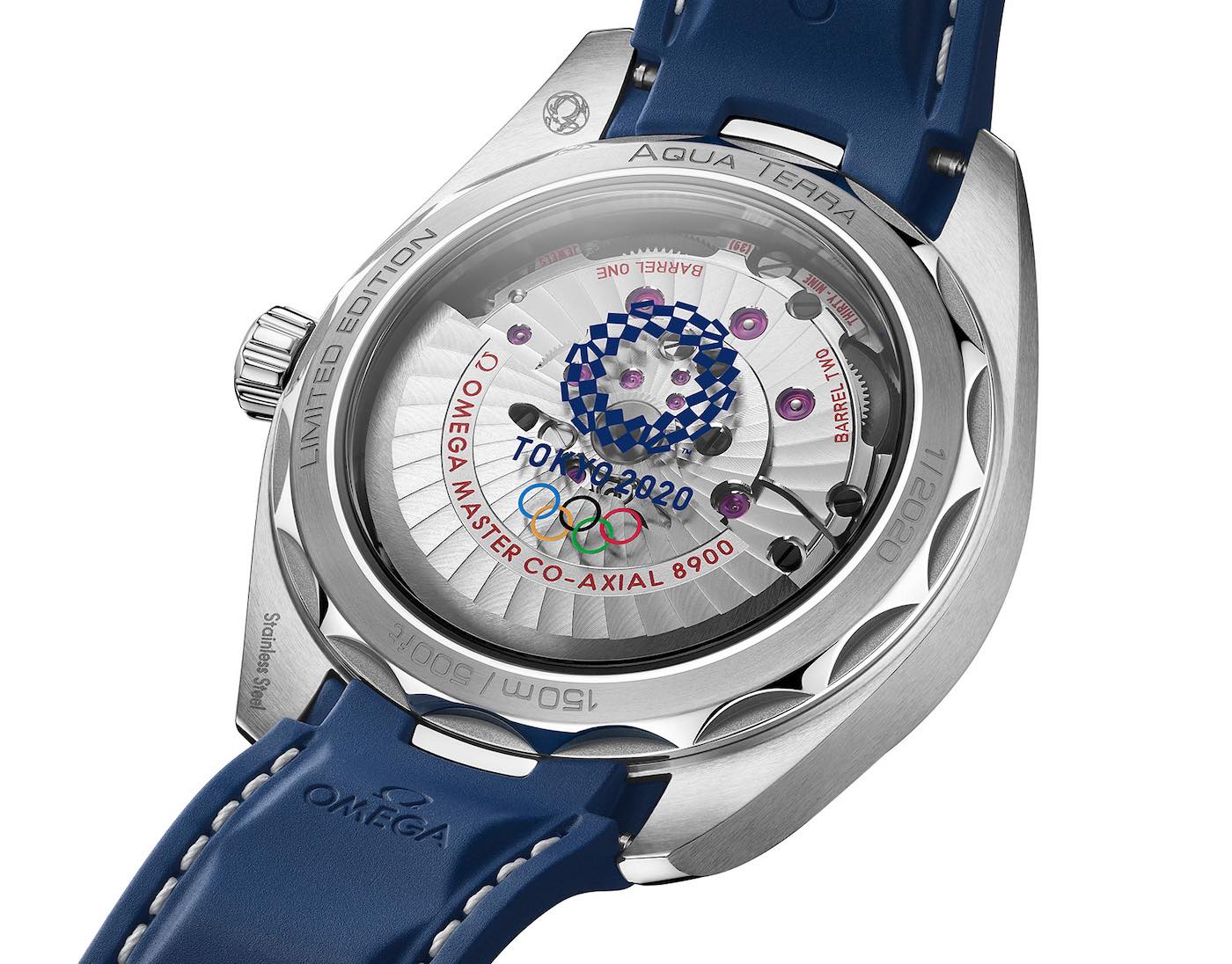 Meanwhile, the Seamaster Planet Ocean Tokyo 2020 Limited Edition is an excellently subtle nod to the host nation. Japan’s famous flag has been lovingly referenced with the large red dot on the lollipop central seconds hand and is the only color on an otherwise entirely white watch (which references the field of Japan’s flag), aside from the red 20 on the uni-directional timing bezel. 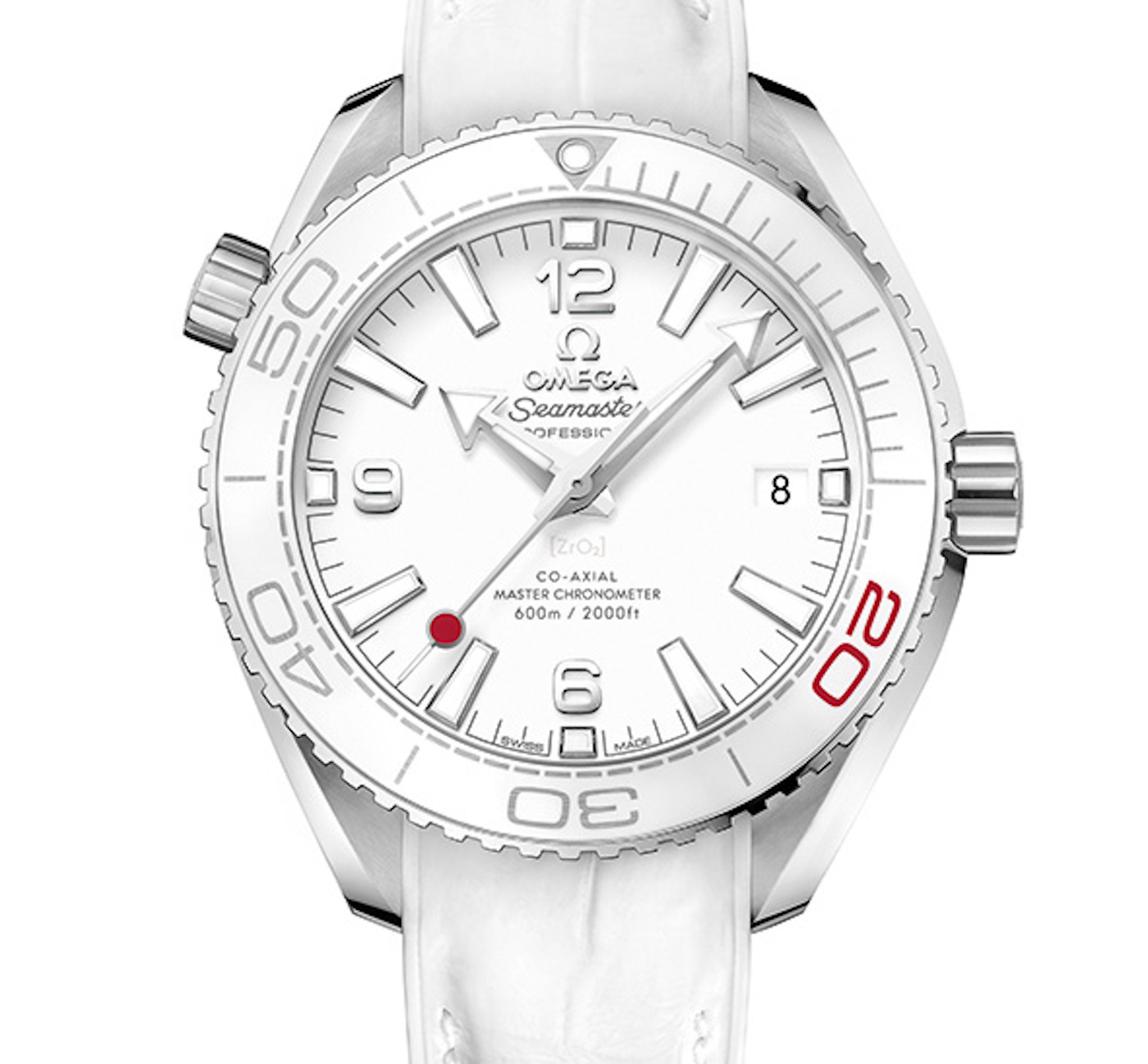 This piece measures just 39.5mm, aligning it with the Planet Ocean watches more generally targeted at women. It is, in my opinion at least, one of the most stylish, versatile, and clever Olympic special editions the brand has ever produced, and I believe the slightly smaller size of the oftentimes hulking Planet Ocean watches will not put off male customers too much. The stainless steel case against the white ceramic bezel ring (which features an OMEGA Liquidmetal™ diving scale) creates an ice-cool contrast that is certainly eye-catching. On the reverse, the OMEGA Master Chronometer Calibre 8800 can be viewed through a sapphire crystal caseback that is also decorated with the transferred Tokyo 2020 Olympic Games emblem. This is the one thing I would change about an otherwise “quiet” limited edition, as it seems a bit of an unnecessary flourish. 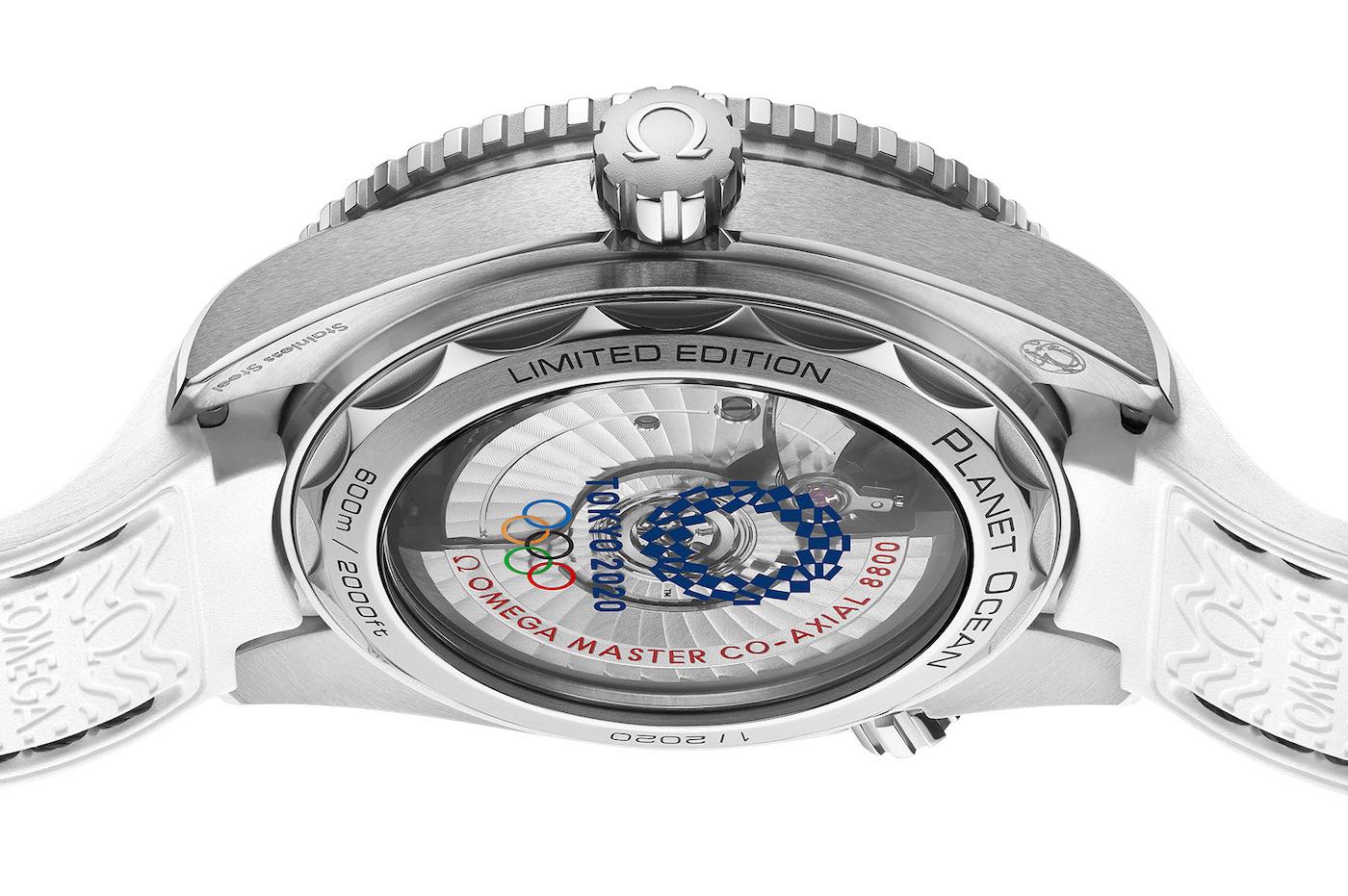 Both models will be limited to just 2,020 pieces. Pleasingly, both watches come with a stainless steel bracelet, so you don’t have to choose between the two. This is a nice touch for anyone who finds the huge gulf between the aftermarket cost of a rubber/leather strap and buckle and a bracelet an annoying quirk of Omega’s. Pricing has yet to be released, but we will update the article as soon as it becomes available. To learn more about these watches and Omega’s Olympic history, visit omegawatches.com.