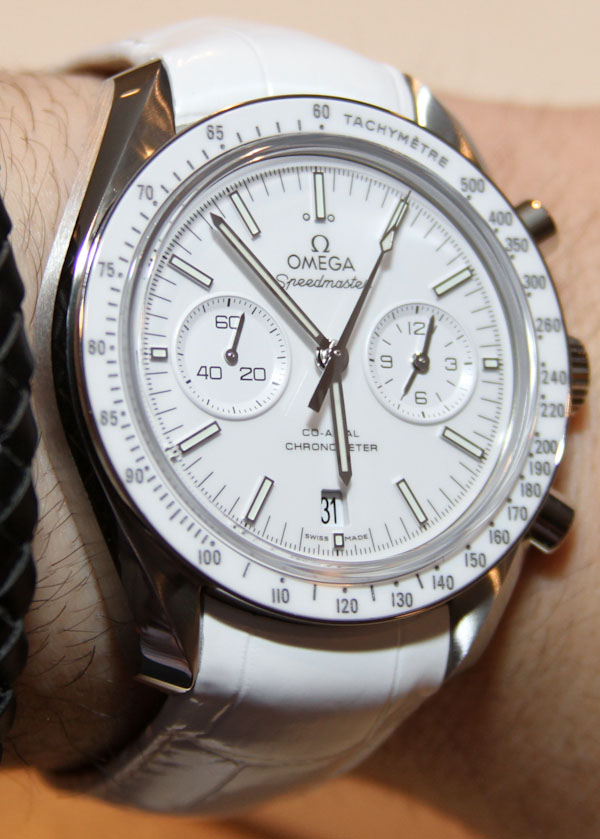 The iconic Omega Speedmaster watch has a black dial with white hands and markers. Sure Omega has mixed it up over the years, but I believe that this is the very first all white Omega Speedmaster watch. Using the newer and larger Speedmaster Moonwatch Co-Axial Chronograph with the in-house made caliber 9300 movement family, the all white models will be offered in both steel and Orange gold (which I recently did a review of here).

A lot of men shy away from white colored watches, considering them feminine or something like that. In my own opinion a white colored watch is just fine so long as everything else about it is masculine. Having said that, the white version of the Speedmaster 9300 in steel matched to a steel bracelet is rather unambiguously masculine as far as most people will be concerned. 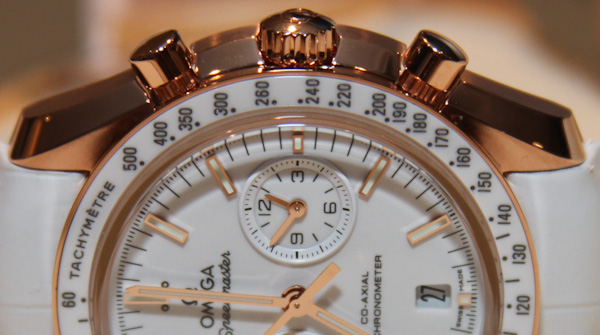 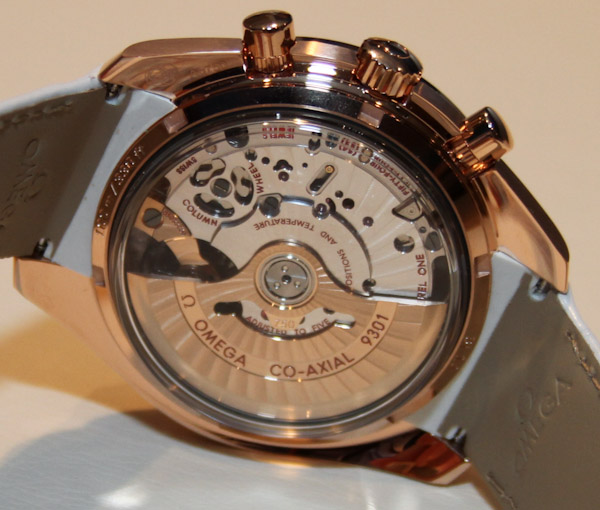 I’ve actually been waiting for an all white Speedmaster for a long time, but it probably wouldn’t have been ideal until the Speedmaster Co-Axial Chronograph came around. The reason has to do with the applied marker and special type of contrasting on the dial that makes the steel on white tones still legible. Alternatively, Omega would have had to juxtapose the white and black of the standard Speedmaster dial to get a white dial – which they more or less did with the Alaska Project Speedmaster.

That latter piece is the most famous white dialed Speedmaster, and never was anything more than a limited edition. Especially with its 2008 re-release in a series of 1,970 pieces. The Alaska Project Speedmaster has a white dial with black hands and markers. It also has a black colored tachymeter bezel insert. So while it was a white Speedmaster, it was not an all white Speedmaster. 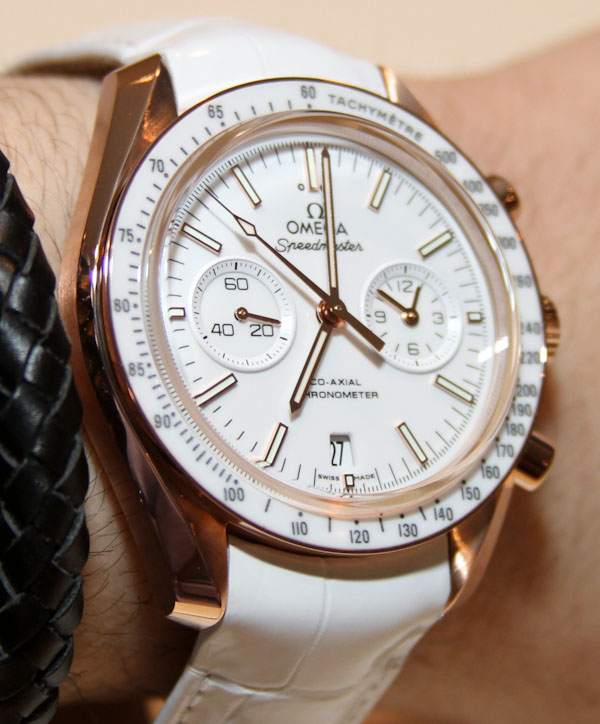 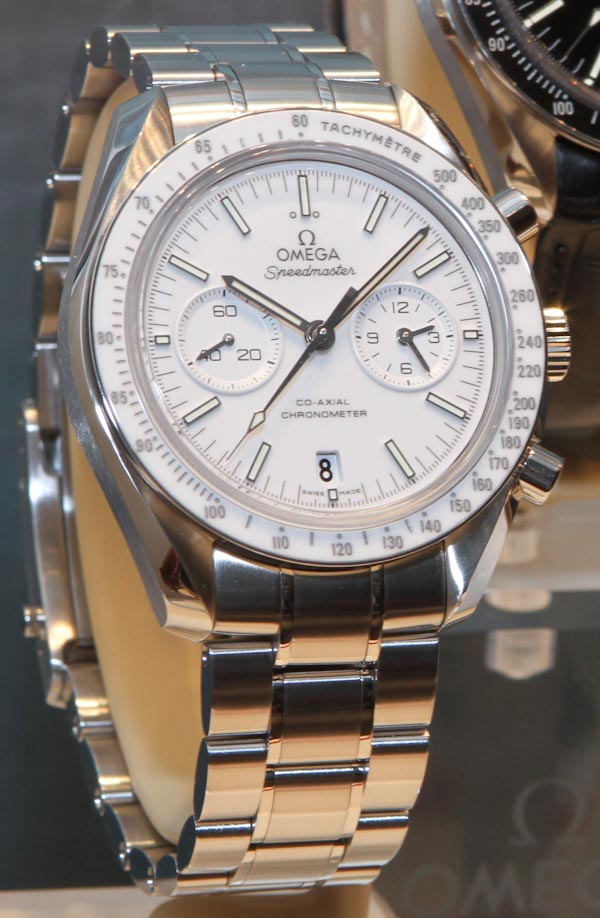 Like I said, the key attraction here is that in addition to the watches being white in color, they are legible. The mixture of finishes and polish on the dials ensure that. As you should know, these larger Speedmaster models are just over 44mm wide have the hottest Omega movement to date. I’ve discussed the 9300 more elsewhere, but it is an in-house made Omega automatic 12 hour chronograph movement that has a silicon hairspring and co-axial escapement. The 9301 version is the exact same thing but with a gold bridge over the balance wheel and a gold rotor. The 9301 movements are used in the higher-end 18k gold Speedmaster (or other model) watches.

My guess is that most people will get this white Speedmaster on the steel bracelet as it does offer a very handsome look. They might choose the white alligator strap for special poolside or beach occasions. The orange gold version is something else, and is an alloy of gold used by Omega that goes equally well with black as it does white. This more blingy model is just as nice as the steel version, but in its own ritzy way. Price is about $9,000 for the steel version and 21,500 Swiss Francs for the gold version.