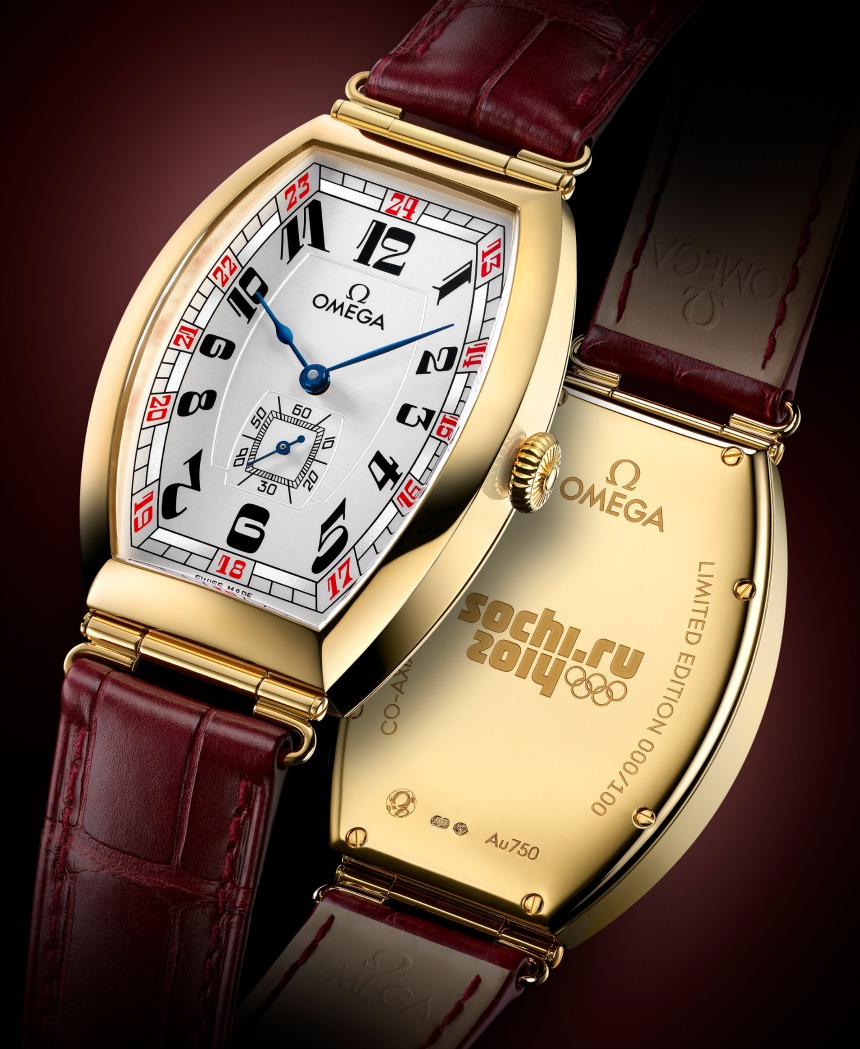 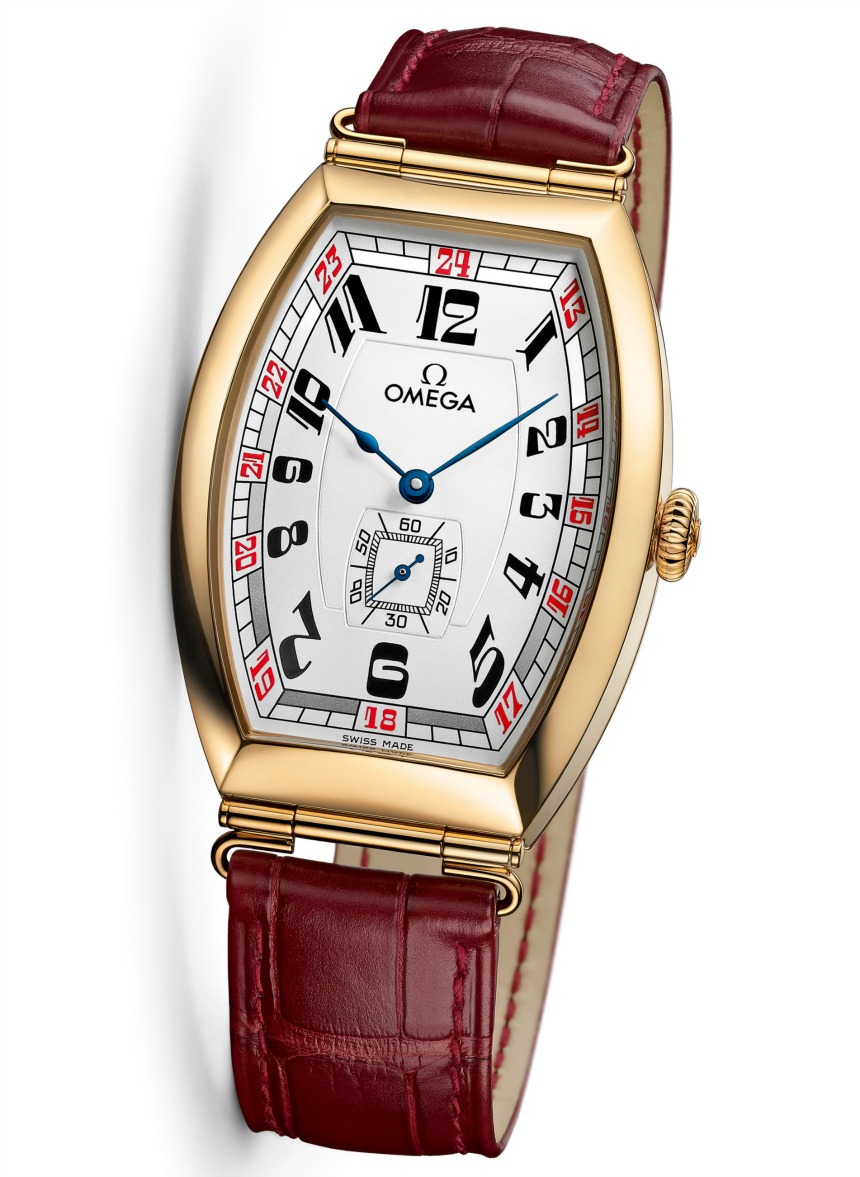 Omega, long time official timekeeper of the Olympics, has released another limited edition watch in honor of the 2014 Winter Olympics in Sochi, Russia. Called the Omega Sochi Petrograd limited edition, this special retro-redo piece is extremely unique and speaks to an existing older art deco-style Omega watch from 1915. The first limited edition Sochi Olympic games watch was this Planet Ocean model. Often, Omega has been seen offering more than one limited edition watch for each new Olympics games. What is interesting about the Omega Sochi Petrograd (aside from its history) is that it is a more unique timepiece, and not just a specially branded version of something that Omega currently produces, but rather a revival of an older limited edition (based on the classic).

We’ve actually seen the historic model that the Omega Sochi Petrograd limited edition watch is based on at the Omega museum in Switzerland. Typical of the 1910s and 1920s, the tonneau style case was developed during a time when watch makers were trying to go beyond round watches. During this era, wristwatches were new and it was unique to consumers to have barrel-shaped (tonneau) or square (and rectangular) watches in addition to what they were used to with round watches that merely felt like small pocket watches on the wrist. It was a time of great experimentation, and one of the main reasons for having a rectangular or tonneau watch was to offer a more logical means of attaching a strap. Early round watches had relatively awkward lug systems. As you can see, this watch uses a hinge-style lug system that no doubt works better on a flatter versus round surface.

So why is this particular art deco era watch as a base for a new limited edition watch in honor of Sochi and the Olympics? Omega claims that the original piece was produced for a “Russian leader” in 1915. At that time Russia was still under the rule of a czar. So the watch would have been made for someone in the royal family or ruling class. It was not until a bit later in 1917 that the region experienced the Russian Revolution (and we all know what happened then). That said, it is rather impressive that the original watch somehow made its way back to Omega in good condition.

The Omega Sochi Petrograd limited watch will be produced in an 18k yellow gold case matched to a burgundy strap (that is so fitting for the retro theme). Size is 32mm wide by 47mm tall and 13mm thick. The dial is the best part and not only has the color red which you often see on Omega’s limited edition Olympics watches, but also the colors of the Russian flag. It is difficult not to enjoy the art deco era Arabic numeral typeface for the indicators. Inside the watch is the Omega caliber 2202 automatic Co-Axial movement. This is essentially a modified ETA 2895 (small seconds) with a Co-Axial escapement. A nice and unexpected watch, Omega will produce just 100 pieces of the limited edition Omega Sochi Petrograd Olympics 2014 timepiece. Price is $18,600. omegawatches.com