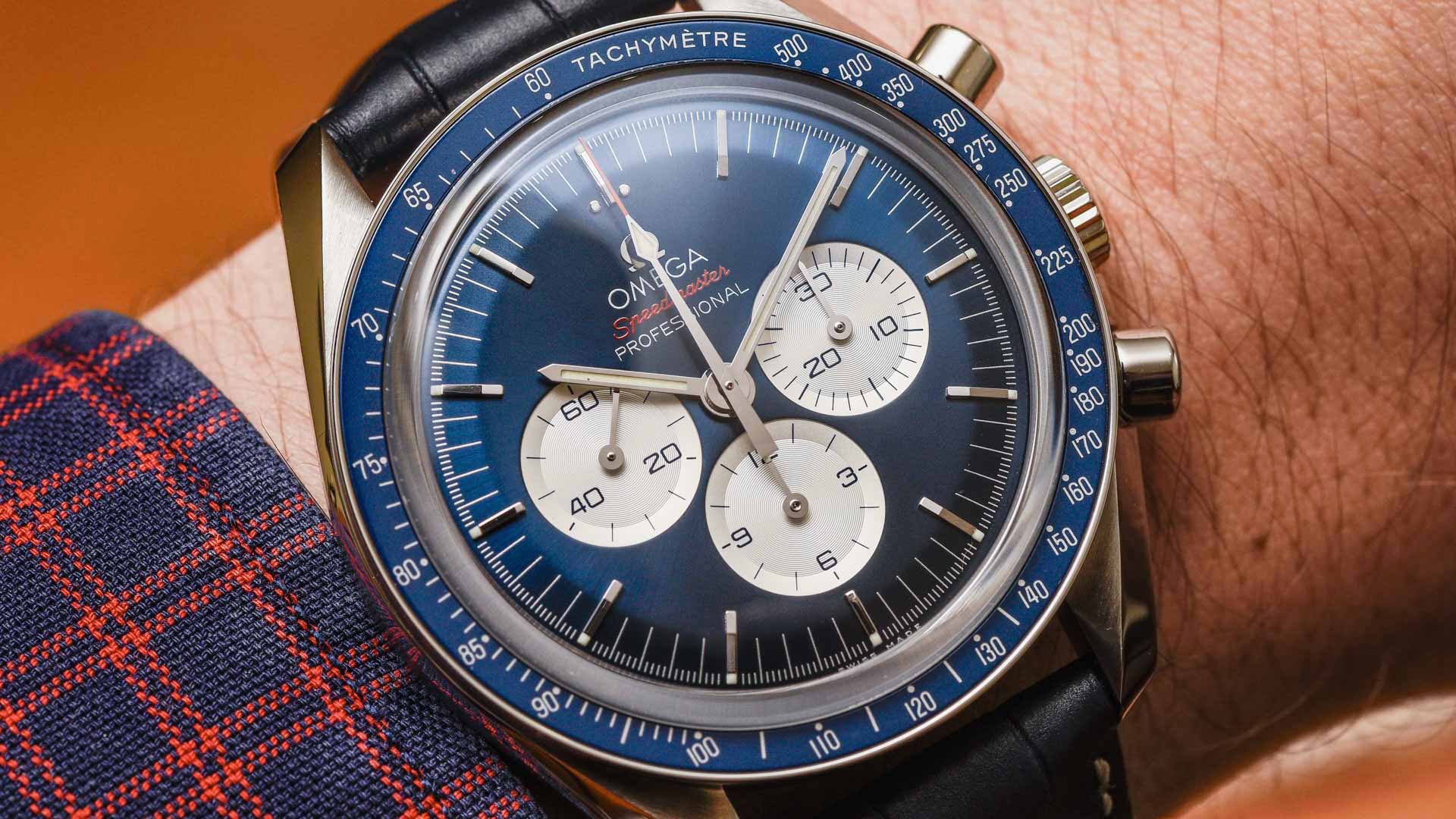 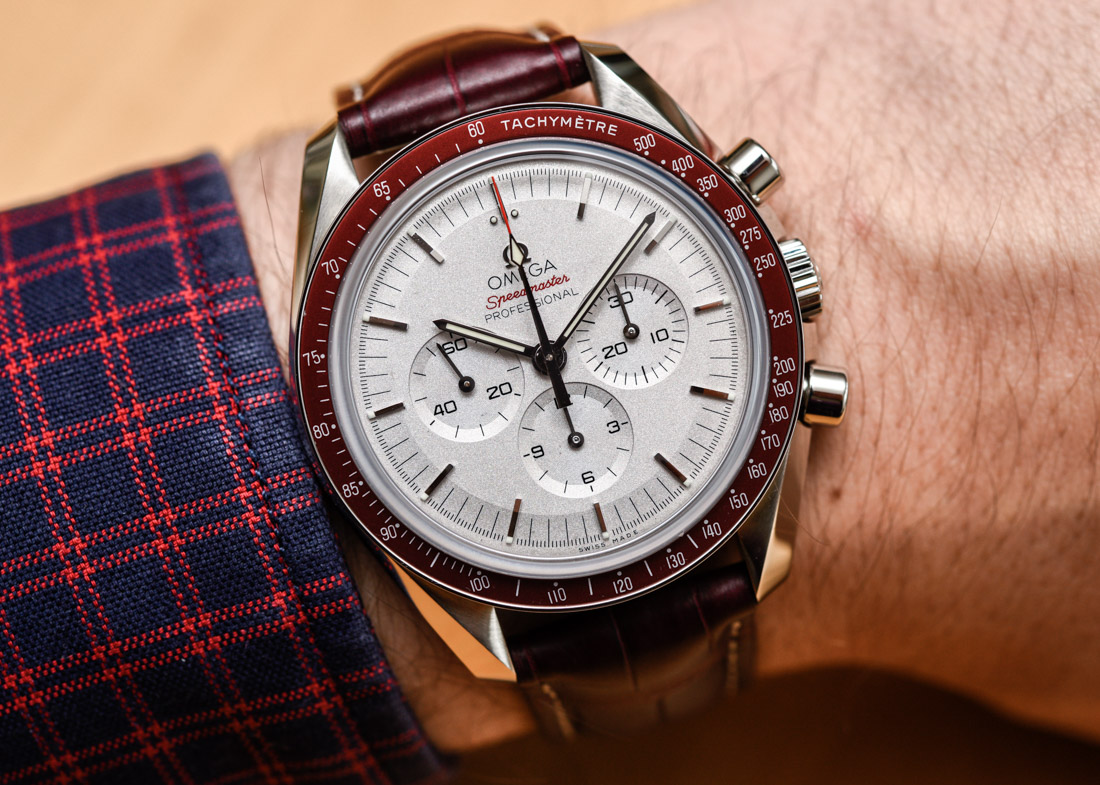 With the end of one Olympic Games comes the merchandising deluge for the next and, still with two years to go, Olympic Official Timekeeper Omega has already started the “countdown.” My guess, however, is that these Omega Speedmaster Moonwatch Professional “Tokyo 2020” Limited Editions will be some of the nicest watches associated with the upcoming 2020 Summer Olympics in Tokyo, Japan. A total of five variants reference the five rings of the Olympic logo with the colors of their bezels and other highlights. While these are intended as Japan-only limited editions, we got to see them hands-on when visiting the Omega factory recently. 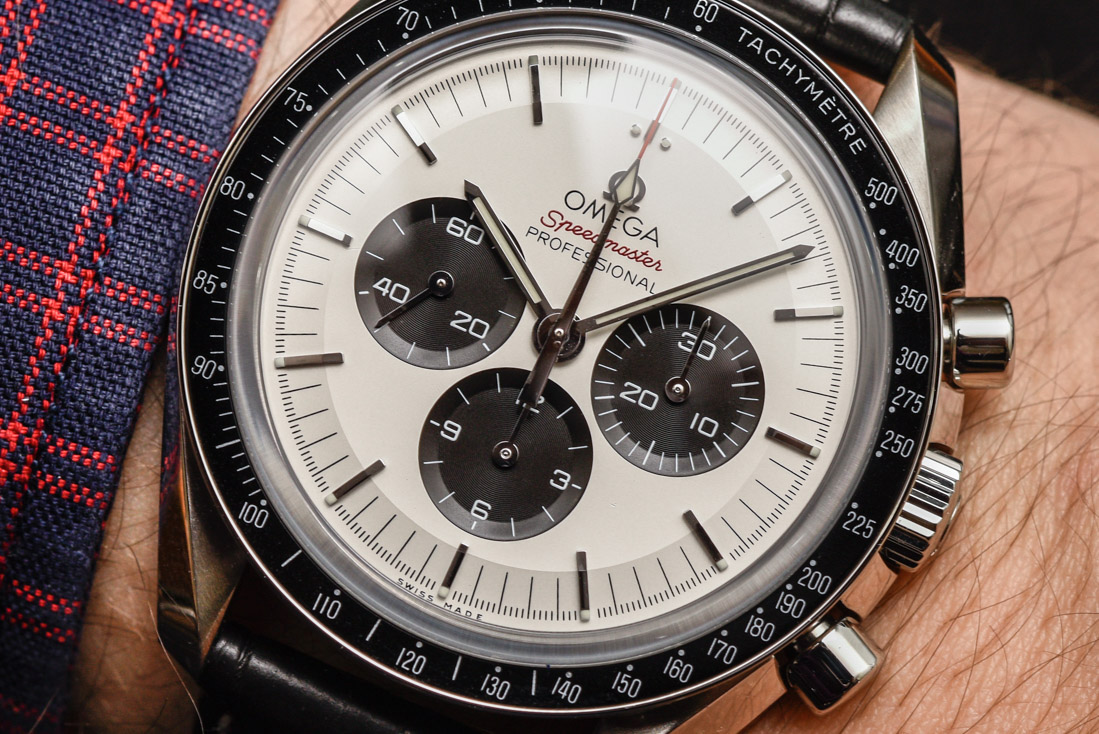 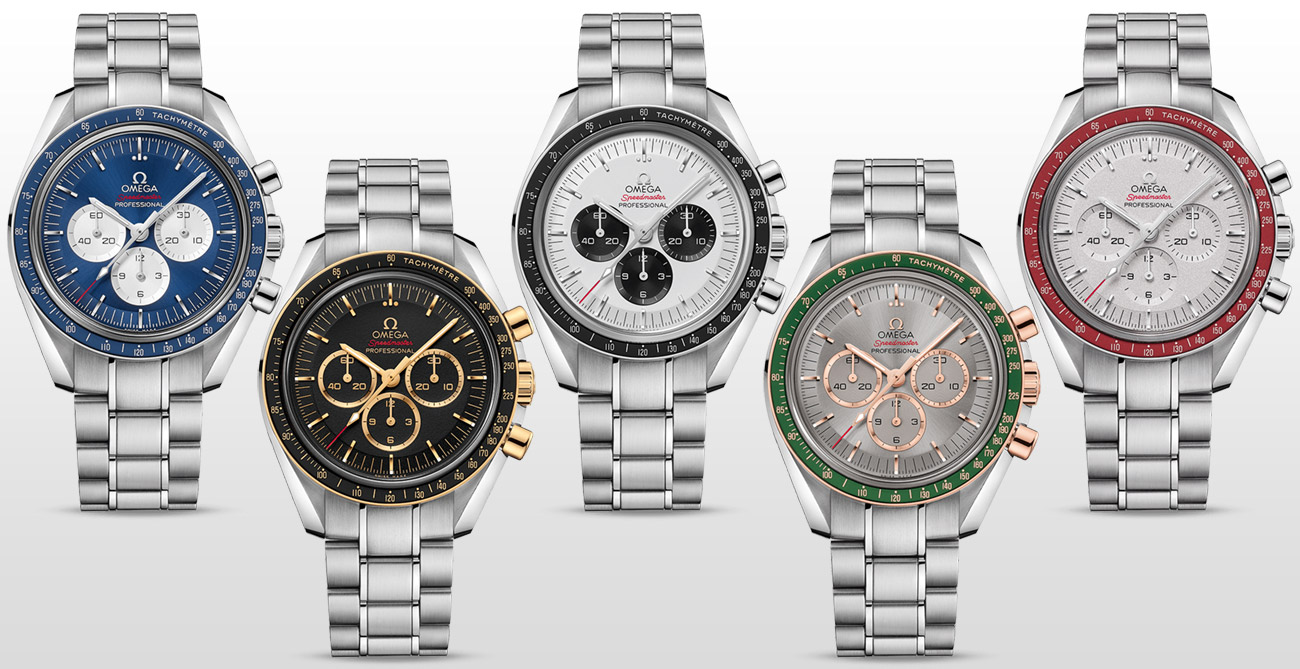 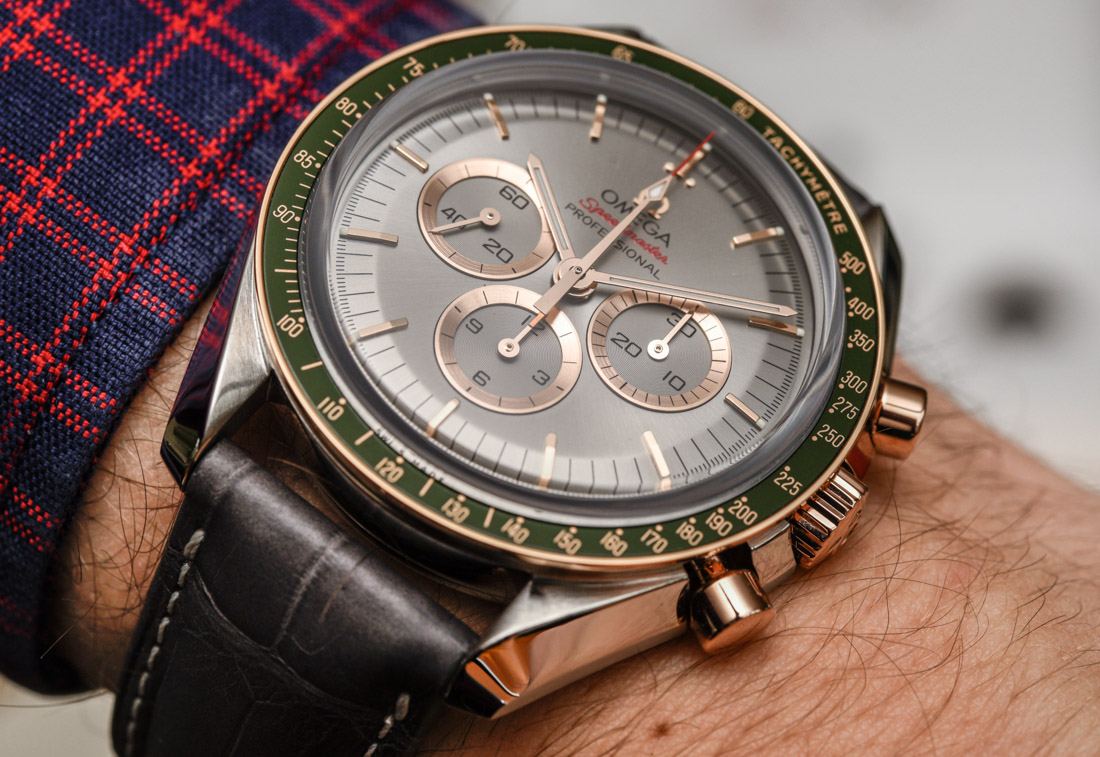 Omega has been Official Timekeeper for the Olympic Games since 1932, and I recommend this Detailed Look Into Omega’s History Of Olympics Timekeeping article for much more about the cool history of Omega’s role in the Olympics. Based on past watches for the Games, we can at least speculate on what Omega’s general approach will be going forward. As with this five-watch collection, for example, Omega did a similar theme with five Seamaster models (hands-on here) for the 2018 Winter Olympics in South Korea, in the colors of the Olympic rings. We can probably also expect at least a couple more Olympics watches still this year, say, in the colors of the host country’s flag perhaps (à la the Planet Ocean PyeongChang 2018 Olympics watch), but for now, let’s look at the colorful Moonwatches at hand. 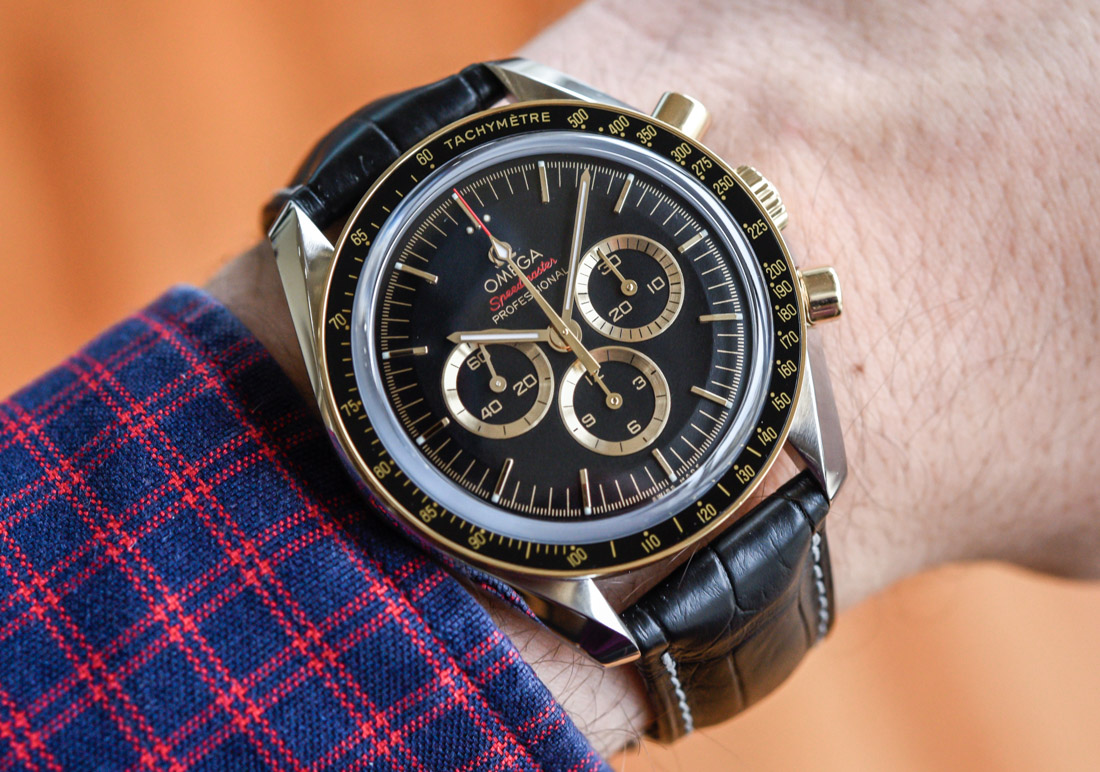 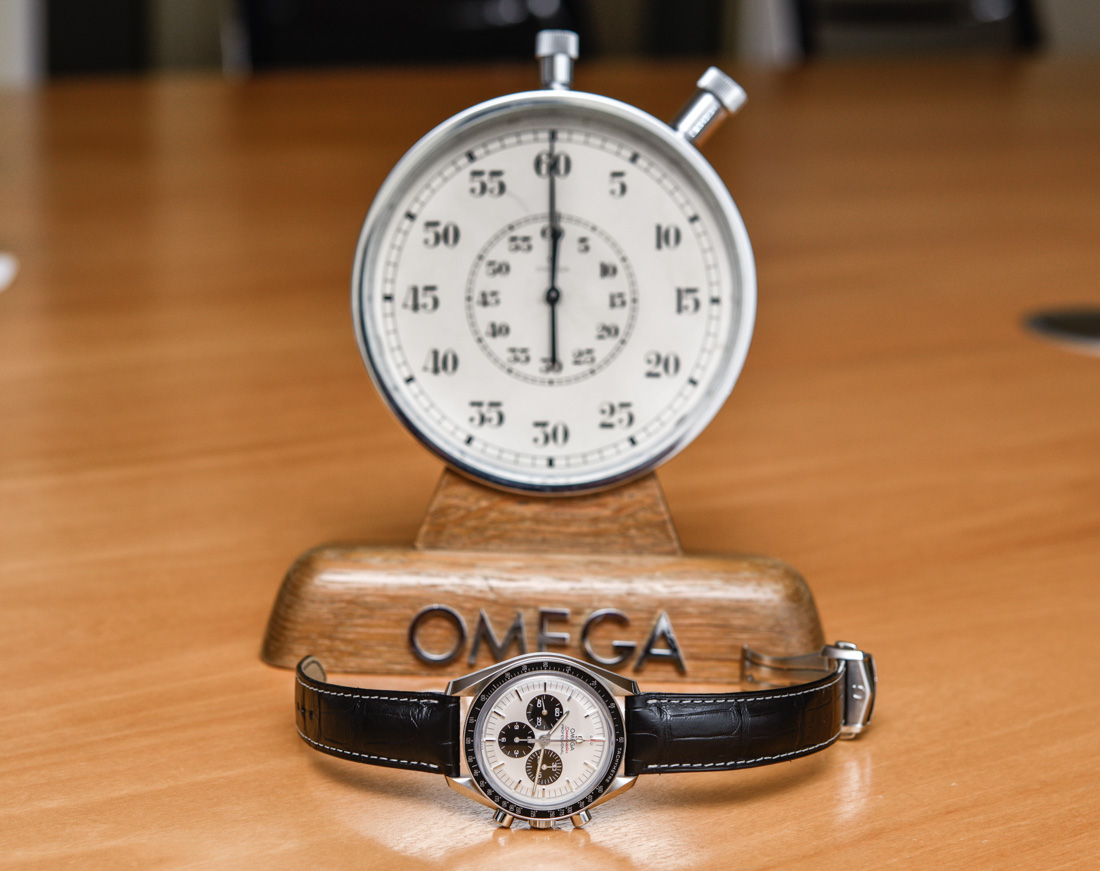 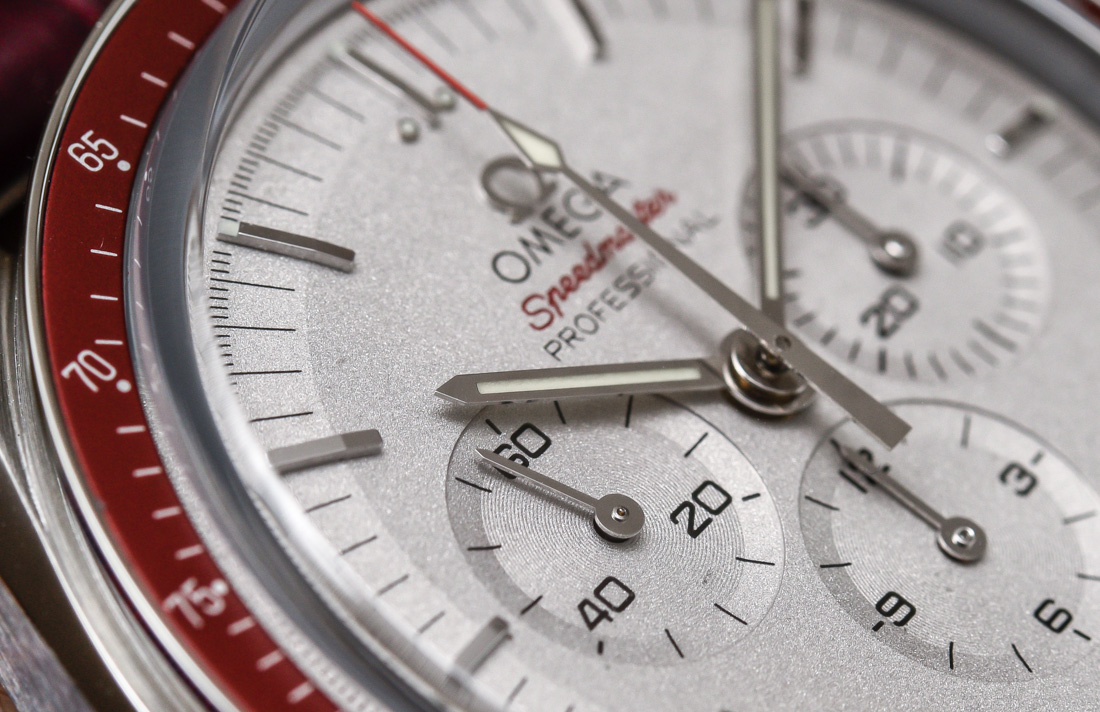 Three of the five new Omega Speedmaster Moonwatch Professional “Tokyo 2020” watches are all steel, and two are “two-toned” with 18k Sedna (Omega’s own secret recipe for rose gold) or 18k yellow gold. The specs are familiar as a common iteration of the modern Speedmaster, with a 42mm case (50m water-resistant) and the hand-wound Omega 1861 chronograph movement inside (3Hz, 48-hour power reserve). One departure from the most classic Moonwatch is the use of sapphire for that highly domed “box-style” crystal – this is a topic of potential debate, but sapphire crystal increases the desirability for me personally. 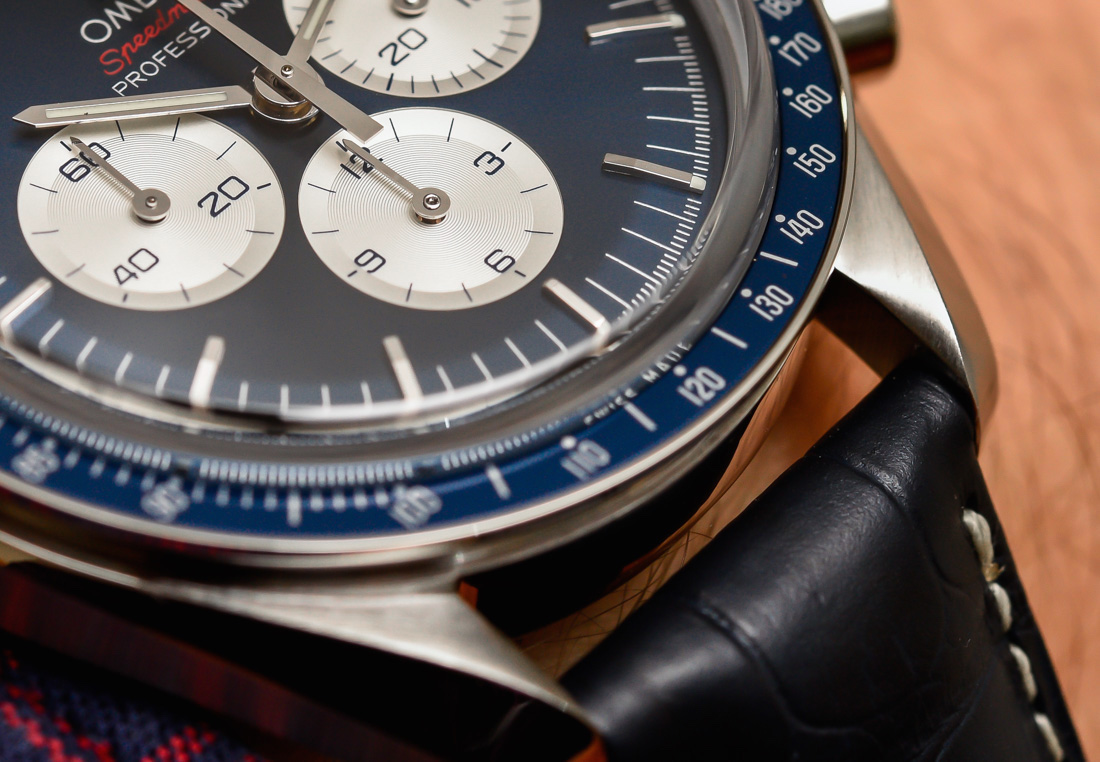 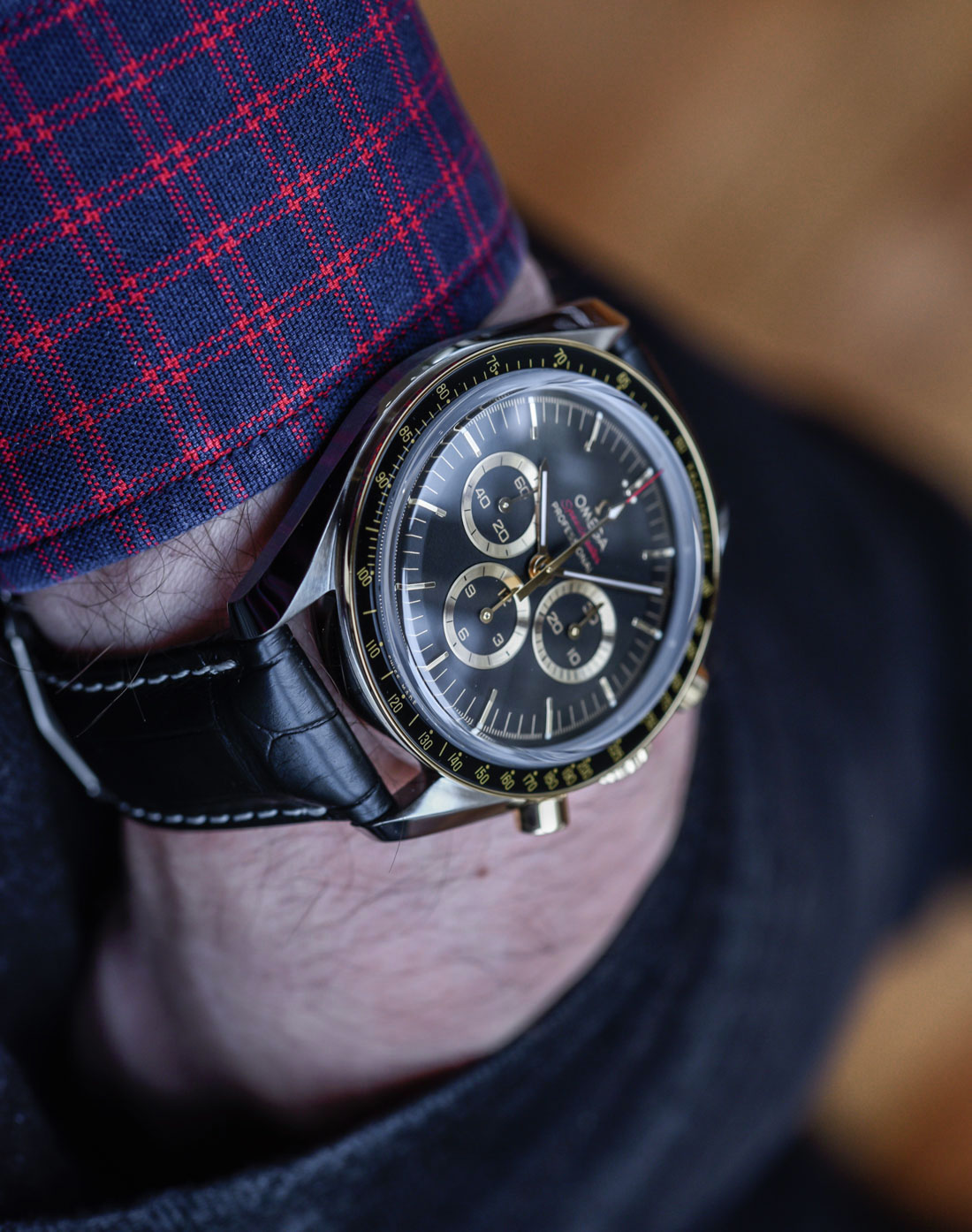 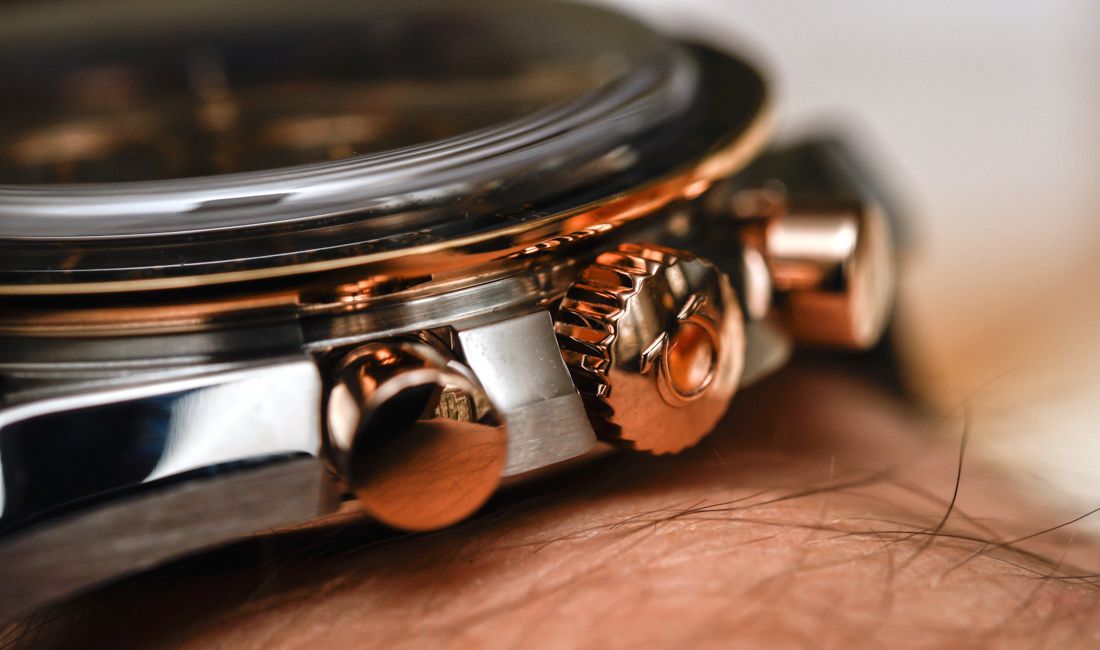 The blue-yellow-black-green-red of the Olympic rings are reflected first in the aluminum bezels (ceramic or Omega’s “Liquidmetal” might have been nice) of the various watches. To represent yellow, however, Omega went with a black bezel and yellow gold on the reference 522.20.42.30.01.001 version. Basically, each version is attractive in its own way, in my opinion. The all-blue reference 522.30.42.30.03.001 has a kind of “reverse panda dial” in contrast to black that has a “true panda dial” – meaning a white dial with black subdials, which is extremely popular but still surprisingly uncommon on modern watches despite all the recent vintage revivals. The panda, reference 522.30.42.30.04.001, might be my favorite. 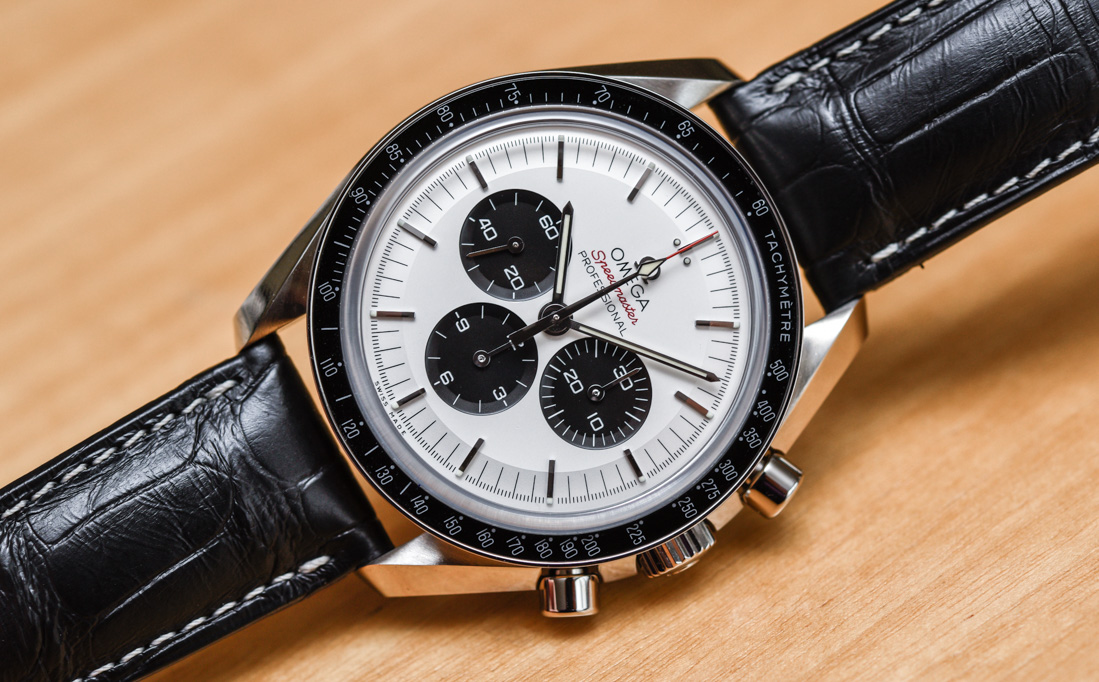 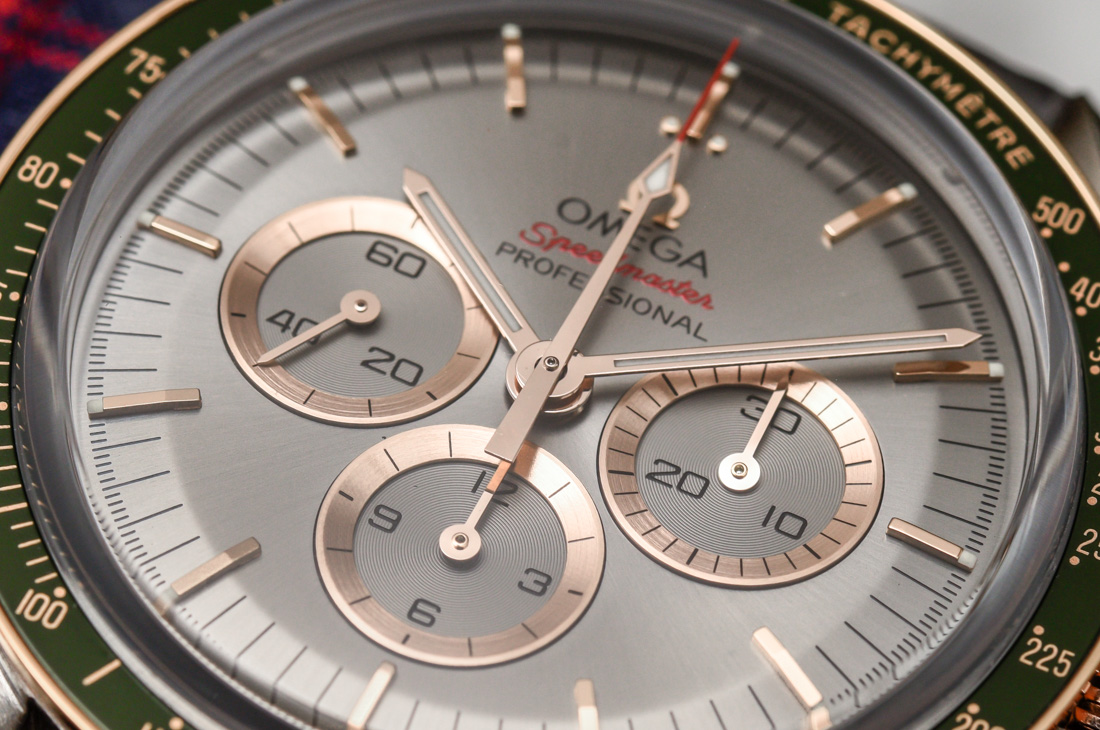 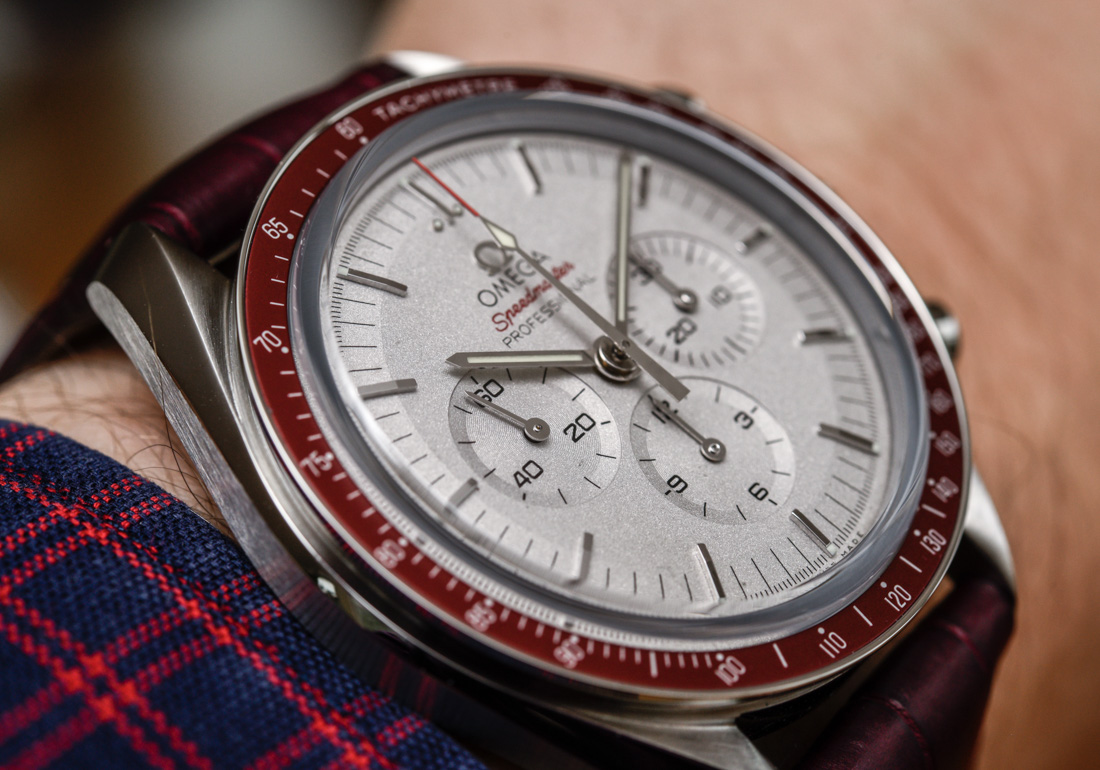 Representing the red and green of the Olympic rings are more colorful versions, particularly the reference 522.20.42.30.06.001 with a green bezel, Sedna gold highlights, and a sandblasted light gray dial. The more colors you combine on a dial, the more difficult it can be to make it work, and here Omega has used no fewer than five, by my count, resulting in the most potentially gaudy option. Finally, the reference 522.30.42.30.06.001 with a red bezel and all white dial is perhaps the most immediately eye-catching of the five. Regardless of any other color considerations, all five models have a red Speedmaster text and matching red-tipped chronograph seconds hand. Omega says that the Ω logo is in a tone of gold to match the highlights or case materials of each model in reference to the Olympic gold medal – that’s yellow or Sedna, and white gold for the all-steel models. 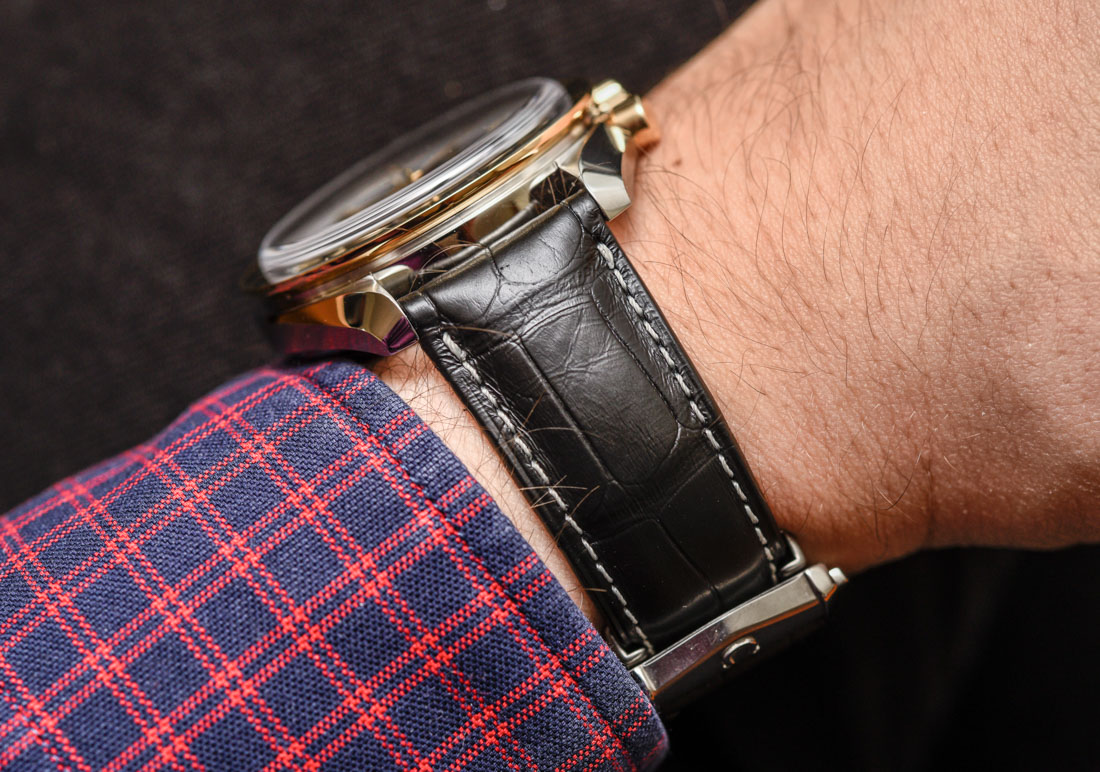 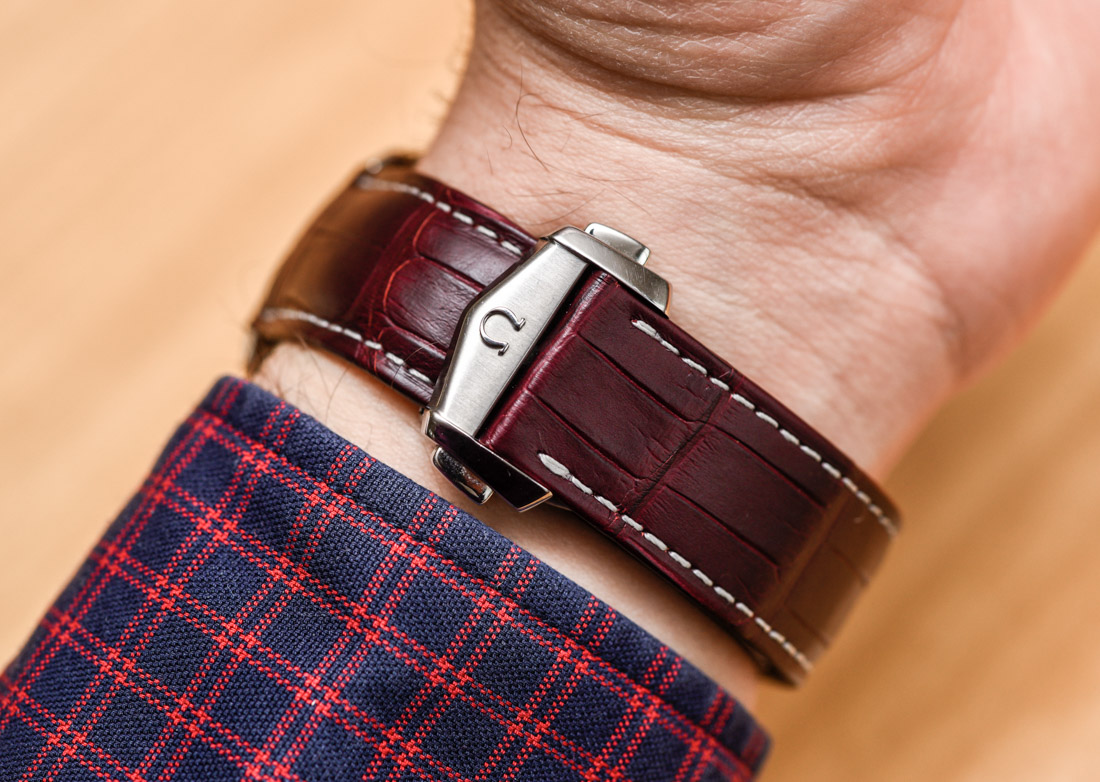 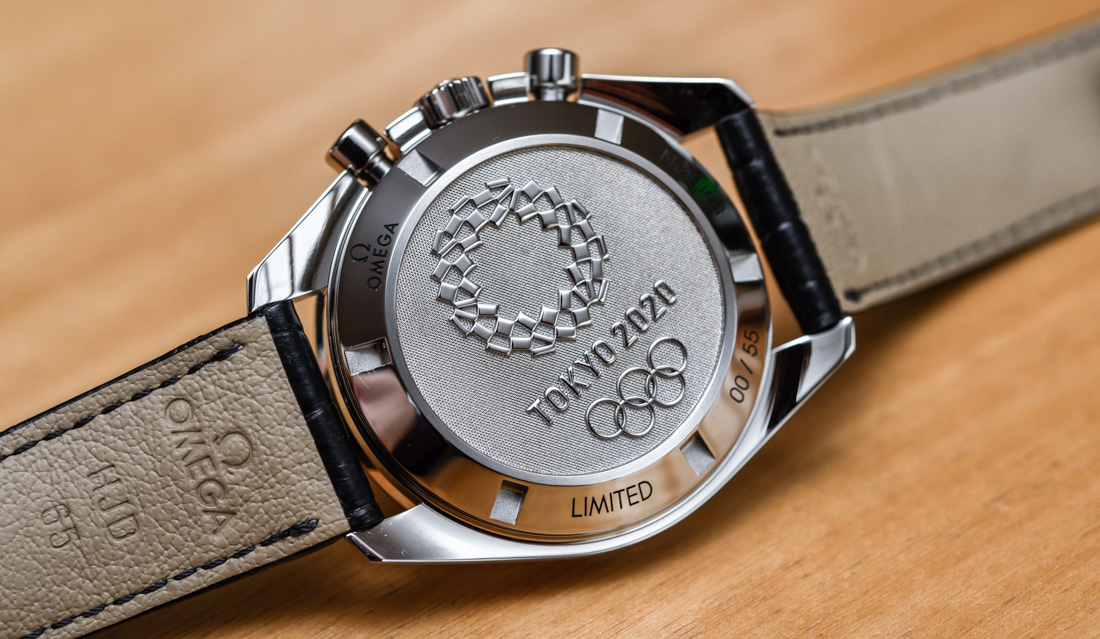 The solid casebacks of the Omega Speedmaster Moonwatch Professional “Tokyo 2020” Limited Edition watches are embossed with, instead of the usual Omega seahorse, the Tokyo 2020 Olympic logo in relief with a nice background texture. Keeping explicit Olympic branding only on the caseback allows the watch itself to be the primary focus, and this is how most limited editions should be done, in my opinion. I, for instance, without any personal 2020 Olympic connection, could easily wear and enjoy such a watch. Omega’s Olympic watches are legitimate and cool if anyone’s are, but the 2018 PyeongChang watches (linked to above) which had Olympic rings on the dial, for example, will be best for those who specifically want to commemorate those Games. Though, I must admit that these Omega Olympics watches with interlinked subdials like the Olympic rings are a pretty neat idea. 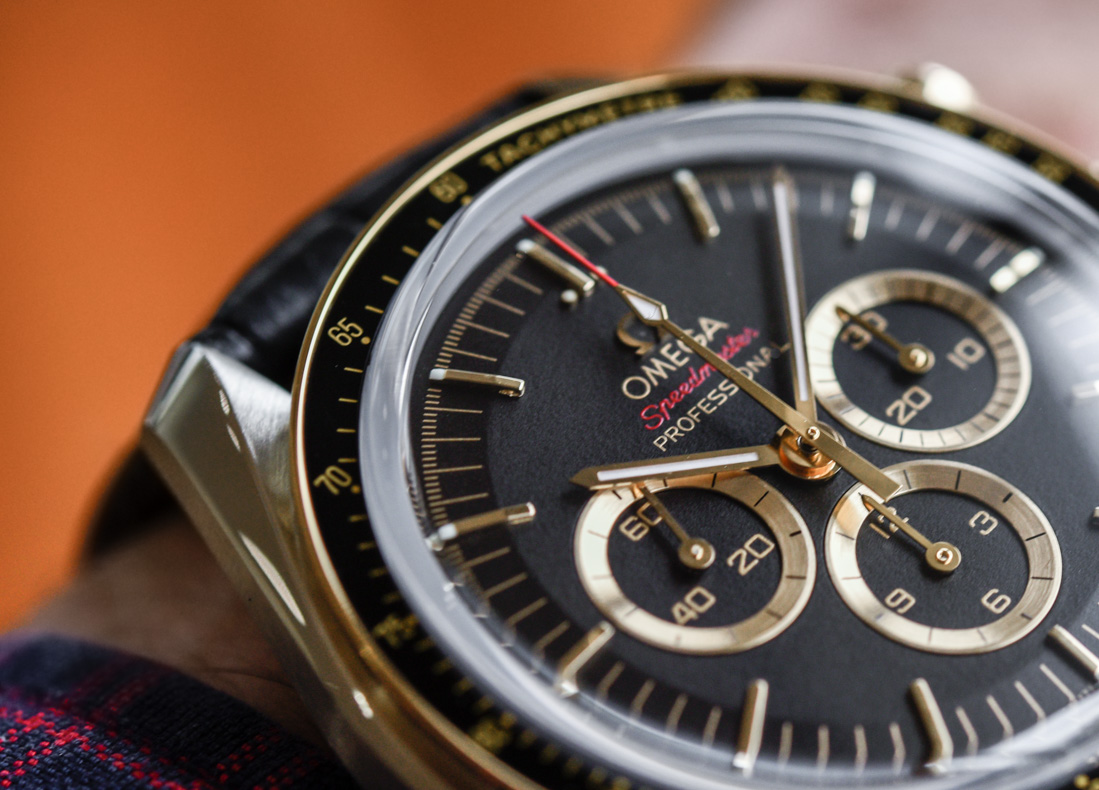 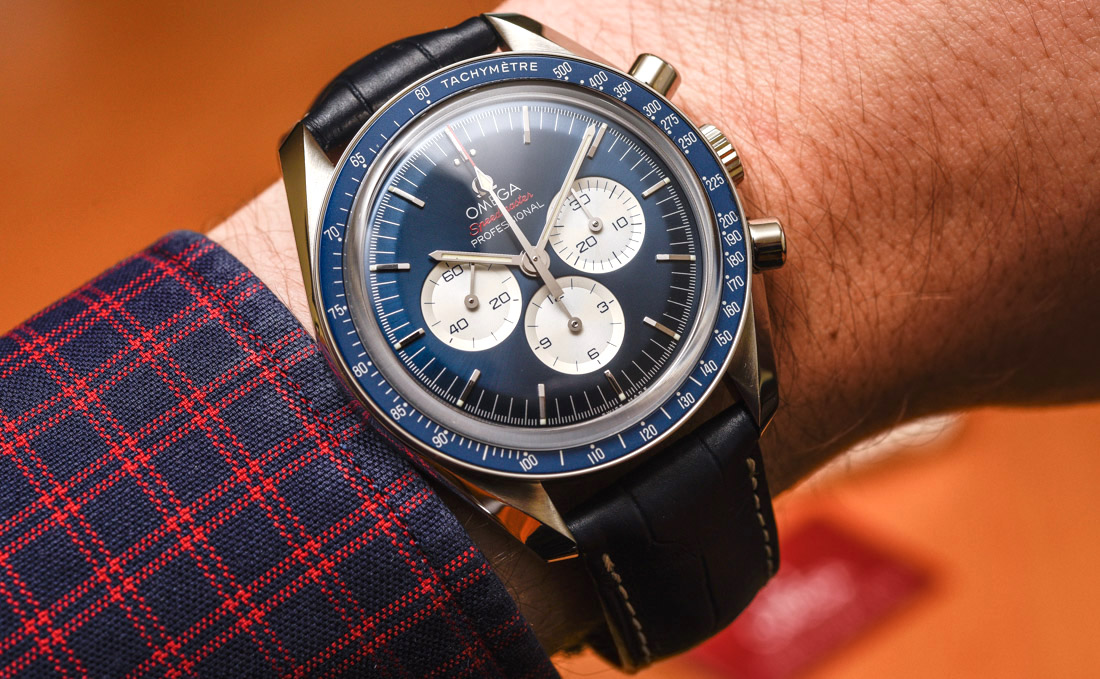 Add these five new Speedmasters to the seemingly endless iterations that amount to either a delightful range of options or decision paralysis for those in the market for one, or for one more. The Omega Speedmaster Moonwatch Professional “Tokyo 2020” Limited Edition watches will each be limited, naturally, to 2,020 pieces and sold at Omega boutiques in Japan. The Speedmaster’s popularity in Japan was no doubt part of choosing it for this release. The steel versions will all have a price of 680,400 JPY (just upward of 6,000 USD at time of writing) and the two models with gold and steel will both be priced 842,400 JPY (around 7,500 USD). They will be available on a steel bracelet, and 55 sets of all five together will come with leather straps as shown here. omegawatches.com