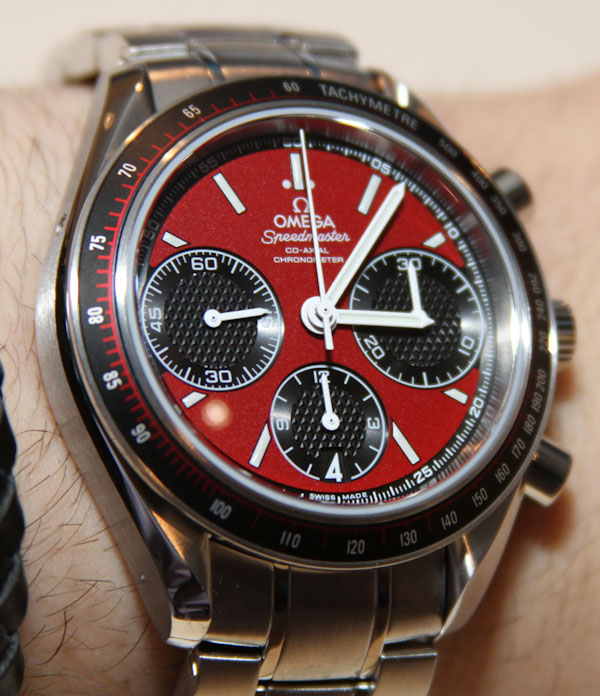 It did not surprise me that Omega had one of the strongest collections of new watches for 2012. While most of my attention was on the new Spacemaster Z-33, the Speedmaster family had some line extensions that were really satisfying. The ones that stole the show are the newest Speedmaster Racing models.

These are not just cosmetically enhanced Speedmaster watches with tricked-out dials. These are a new twist on the Speedmaster concept with a new movement. That latter part is sure to catch the attention of other watch movement nerds like me. The new movement is a sort of middle area between a base ETA movement and a totally in-house made Omega movement like the 9300. 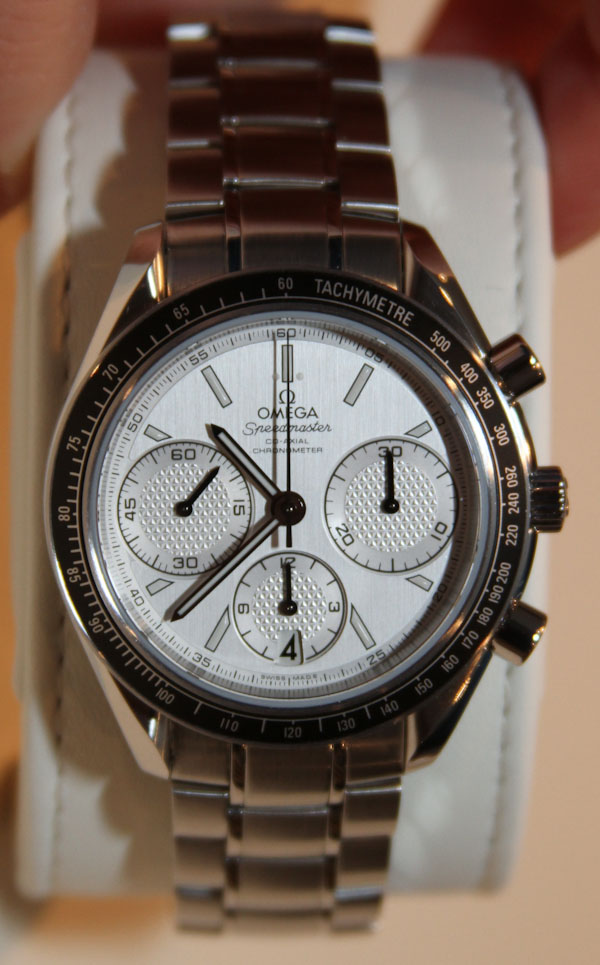 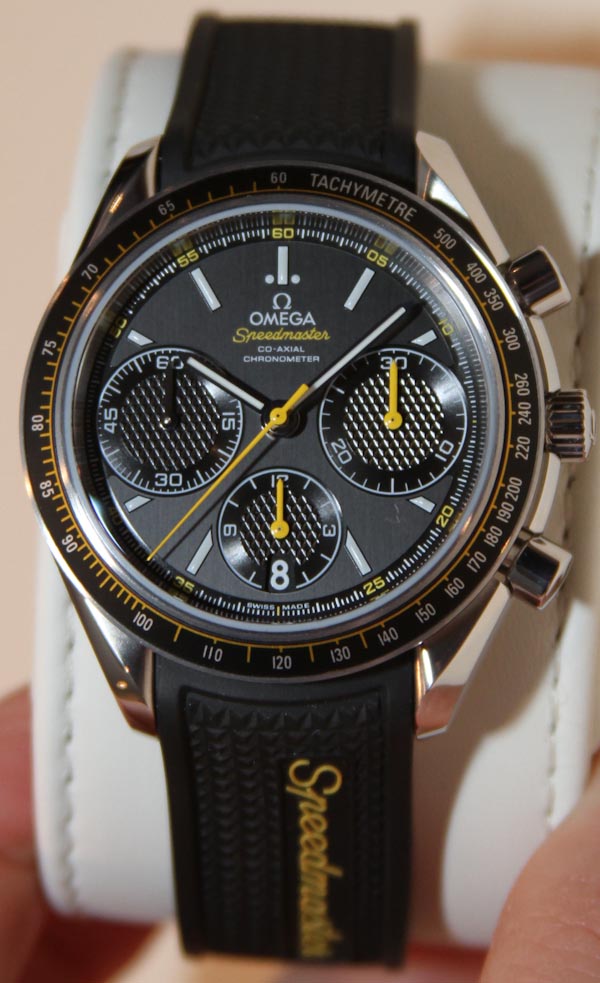 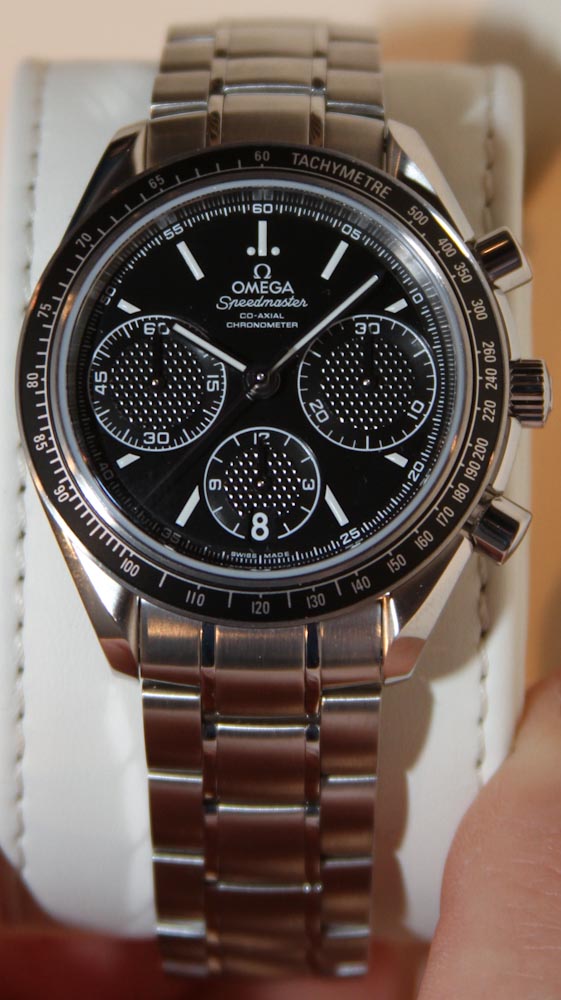 All Speedmaster watches are inherently about racing, but the Speedmaster Racing are more flashy by modern standards compared to the basic black and white models. Omega will initially release at least five color variants for 2012. They teased the yellow and black model, but other versions with red, black, blue, or silver dials are just as cool. The main idea is that the overall dial layout is classic Speedmaster, but there are new elements and textures included as well.

The chronograph subdials have textured insides while colors are used for some of the chronograph hands and other elements. It isn’t that Omega has never played with the Speedmaster dial before, but these are among the most interesting – and certainly fun. You could call this a more youthful or casual Speedmaster if you like. It is hard for me to not like the mostly red-dialed version. Though all are nice. 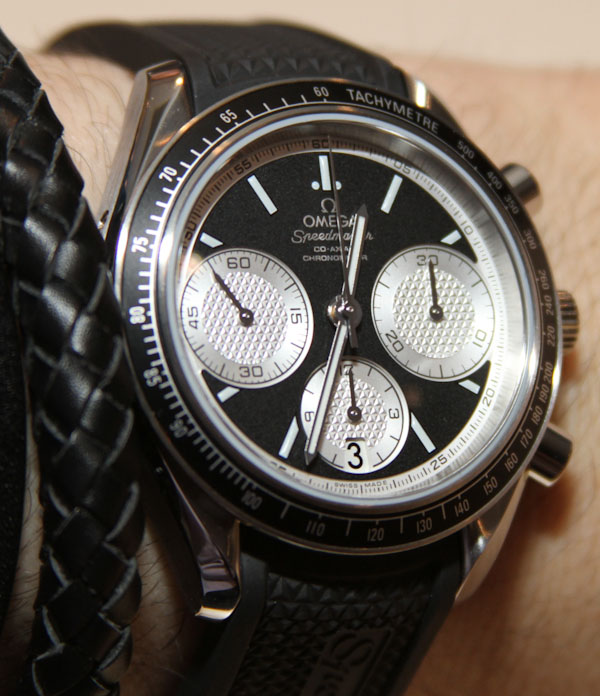 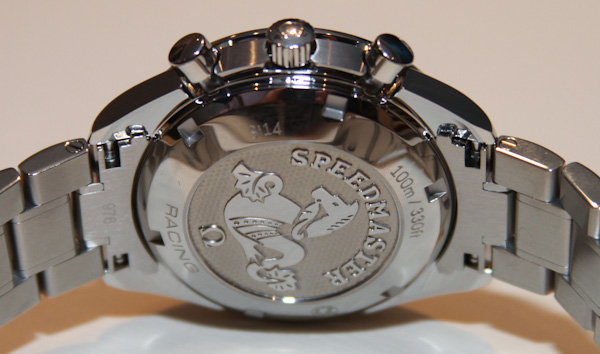 The Speedmaster Racing watches are 40mm wide in a steel case. To be honest I would have loved for them to be 42-44mm wide. This is not because they look bad at 40mm, but rather that my tastes have me liking the larger sized pieces more. Nevertheless, they look great on the wrist and are comfortable. The cases are well made and the backs have that signature seahorse logo on them. 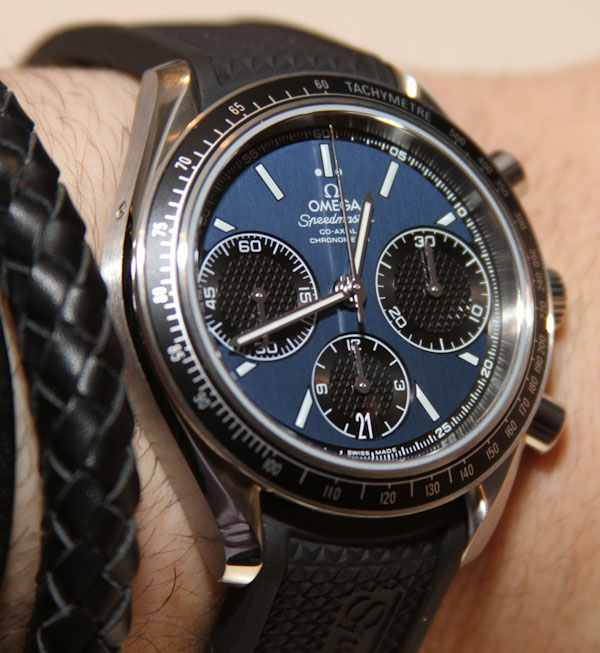 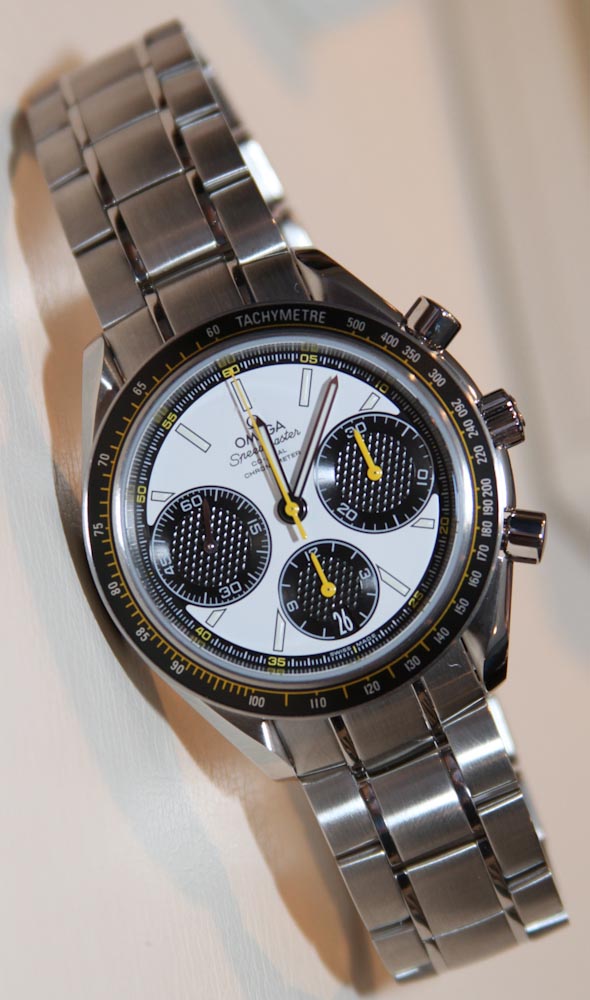 Omega will offer the Speedmaster Racing watches on both metal bracelets and rubber straps. The cases look great on each to be honest. This is one of those instances where I would recommend having both the strap and the bracelet. Inside the watch is a really exciting movement called the Omega caliber 3330. Based on the previous generation of Speedmaster column-wheel chronograph movements, the caliber 3330 adds two important features. First is a Co-Axial escapement. Omega is trying to have as many of their watches with Co-Axial escapement movements as possible. They were finally able to include that technology here. Also in the movements are silicon hair springs. Taken together, these new movement elements increase the accuracy and longevity of the chronograph movement in an appreciable way. The movements are also COSC Chronometer certified. Price for these beauties is reported to be about $4,000. Not bad.