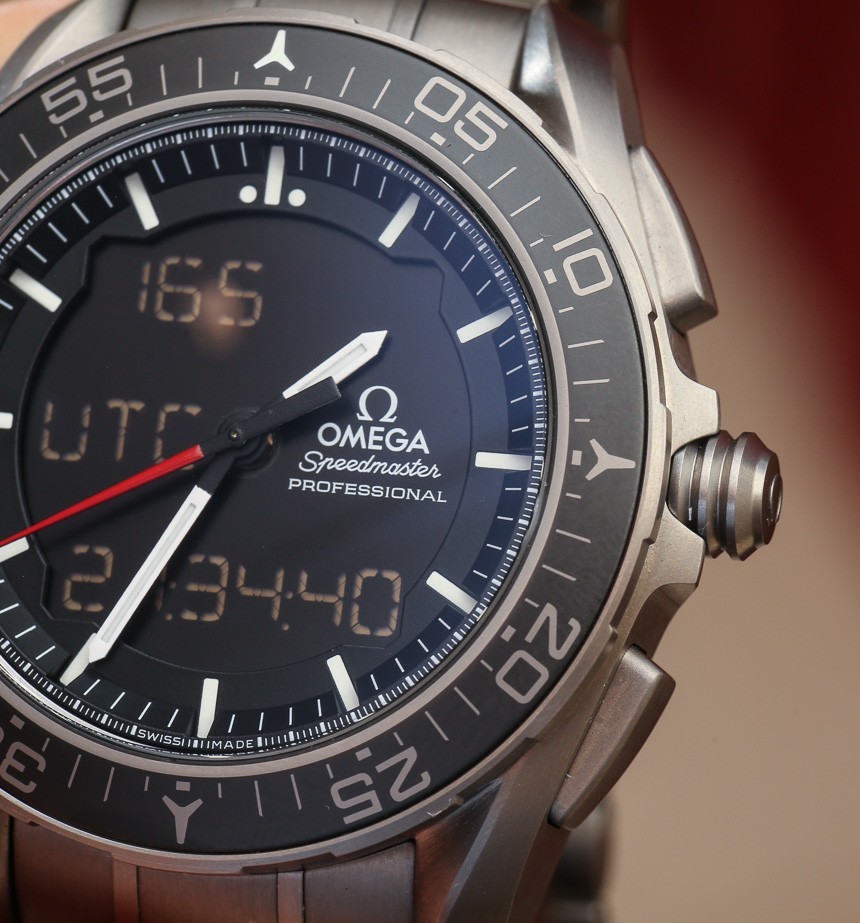 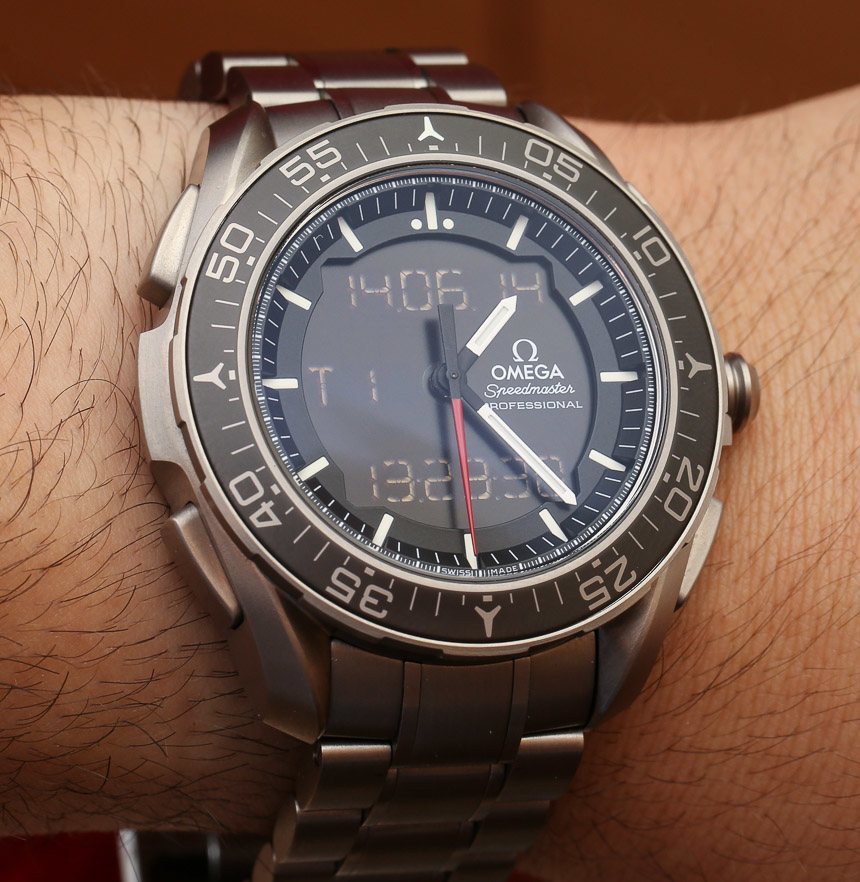 When Omega released the Speedmaster Z-33 in 2012, it was to be the follow-up to the acclaimed X-33 watch, which took the Speedmaster to a new futuristic place in the 1990s. Developed with support and specifications from astronauts, the Speedmaster X-33 was to be the next generation aviation and aerospace watch. In an all-titanium case, it combined traditional analog hands with an LCD display on the face to offer a range of features useful for those in space. It was Omega’s way of keeping the Speedmaster relevant for modern space exploration, as the original Speedmaster “Moonwatch” contains a manually wound mechanical chronograph movement. 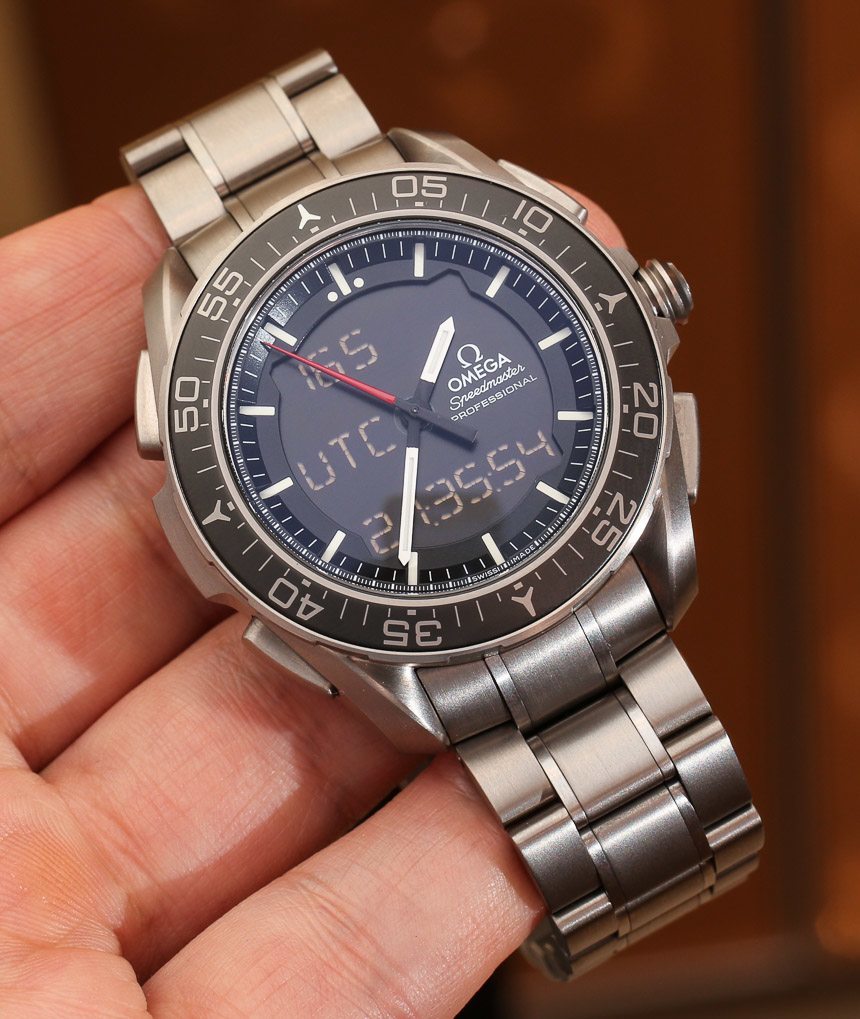 The Z-33 took a modern approach to the X-33 in regard to design, but kept much of what people liked about the original. A new black LCD screen used red numerals, and the overall functionality and dial design was very elegant. Omega decided to revive the classic Flightmaster case for the Z-33, which proved an unwise decision in hindsight. Omega admitted that it was not the best way to bring back the Flightmaster case because the resulting Z-33 was much too thick and controversially designed.

Just one year after the Z-33 came out with a bracelet option in 2013, Omega released the Speedmaster X-33 Skywalker watch in 2014. The X-33 Skywalker offers an evolved original X-33 case design and is a much truer modern interpretation. It also feels much more like a “Speedmaster.” So was the Z-33 a serious mistake? 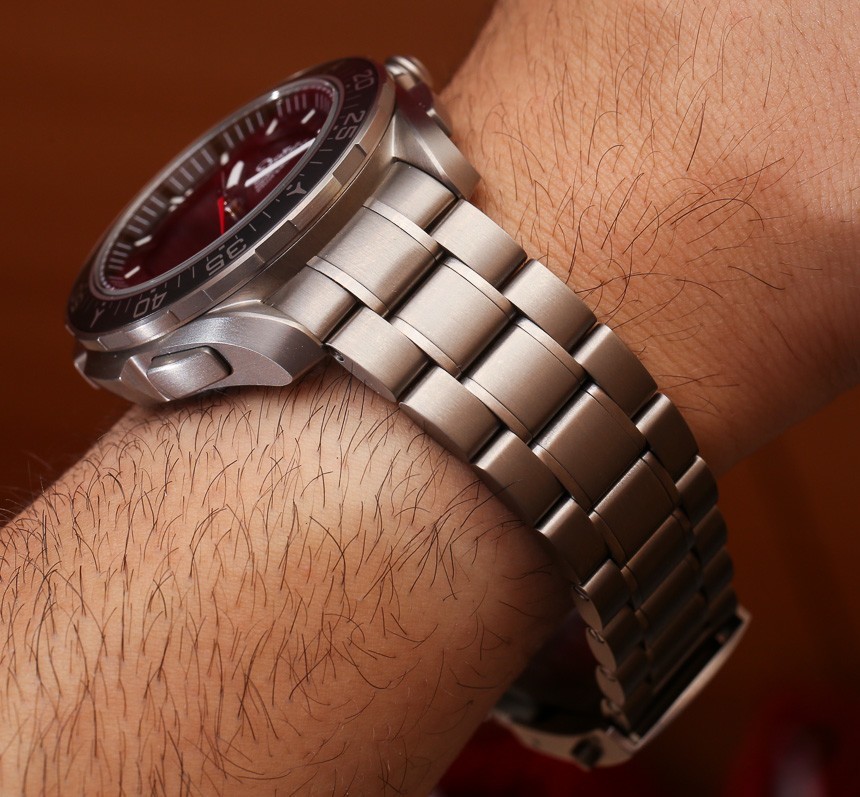 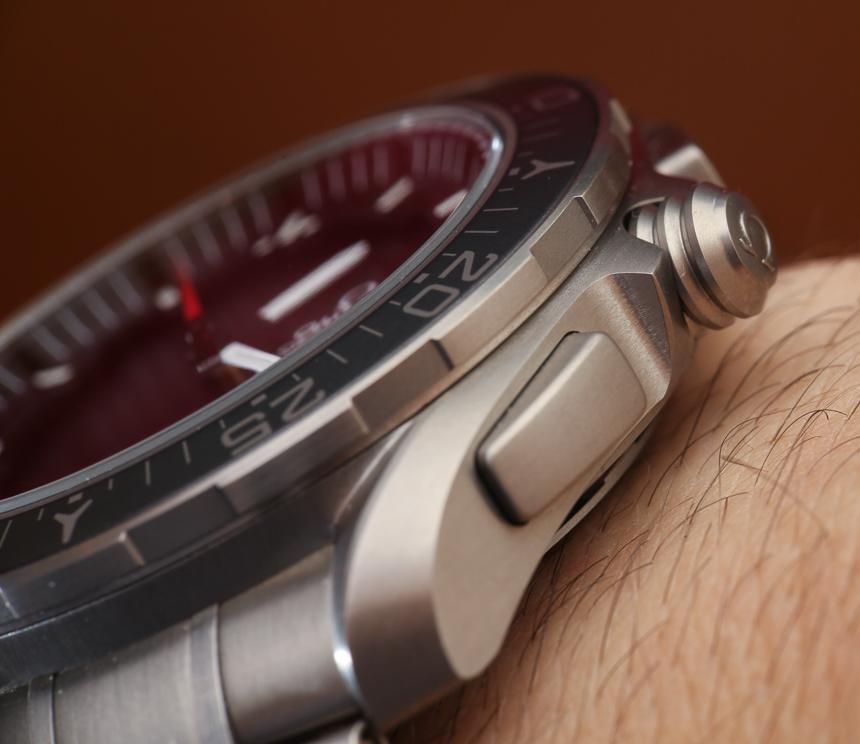 That is a really good question, and since I actually enjoyed elements of the Z-33, I would not call it a mistake because it was not a bad watch – despite being very tall on the wrist. The problem with the Z-33, I think, is that it is not what Omega watch lovers wanted. Combine a historic flight watch with a modern aerospace watch for an even more modern tool watch? It just didn’t work with the resulting case design that was too avant garde. Like Breitling with their Aerospace collection of watches, Omega’s success with the X-33 was that actual aviators and astronauts were choosing to wear them.

The strange design of the Z-33 prevented too many serious professionals from choosing one. So the poor adoption among this important demographic allowed Omega to revisit the idea of a new high-function ana-digi quartz watch from the brand otherwise so dedicated to mechanical watches. It probably didn’t take much decision-making to consider simply building a modern X-33, which became what we now have in the Speedmaster X-33 Skywalker. 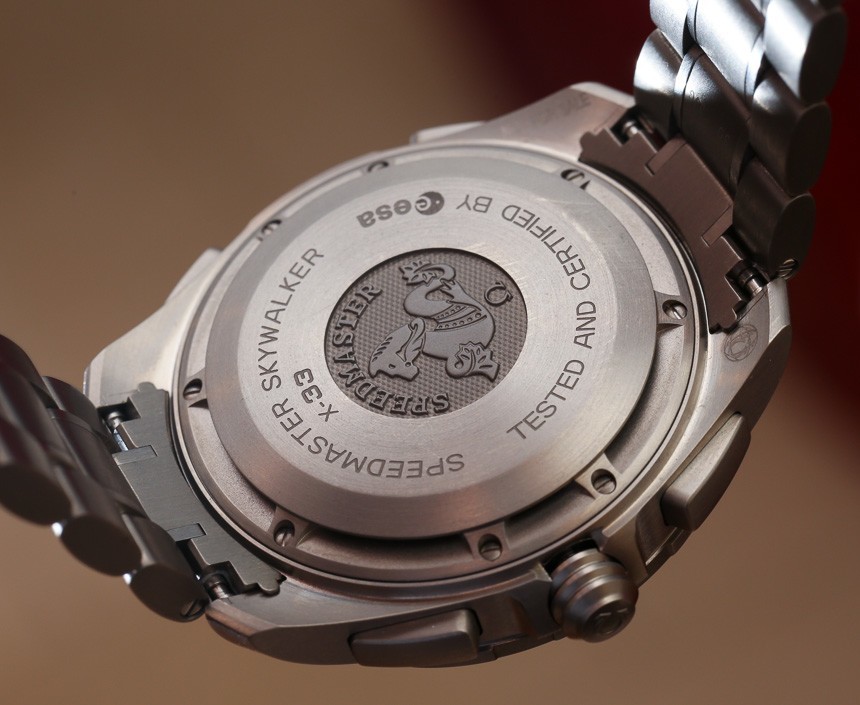 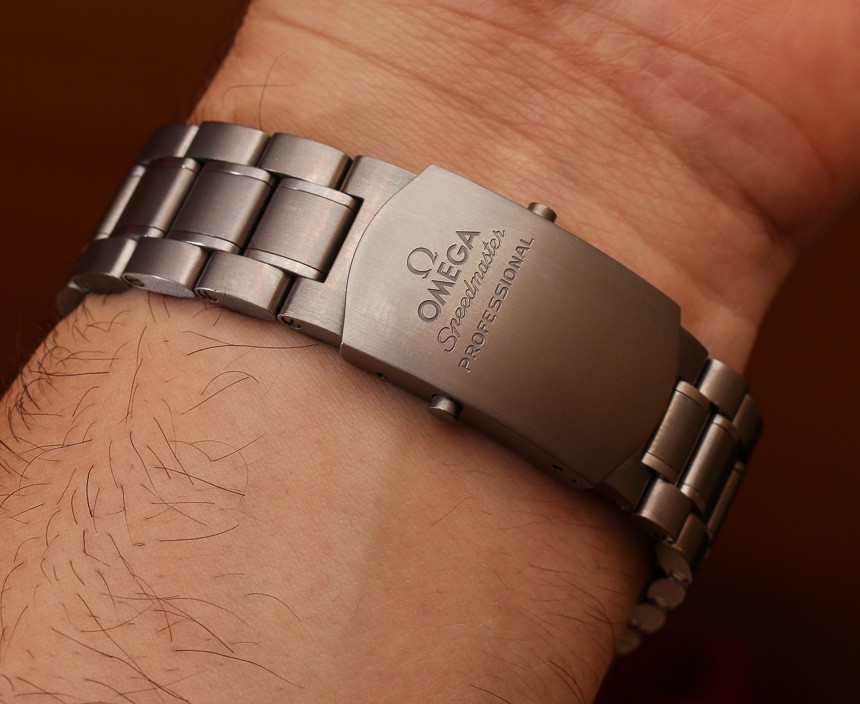 At 45mm wide in grade 2 titanium, the X-33 Skywalker is the third generation X-33 and is almost the same size and dimensions as the second generation model from over a decade ago. Why grade 2 titanium? That is a good question. The tone of grade 2 titanium is darker and more gray than grade 5 – which is often the default on more high-end watches. I am not enough of a materials expert to comment on all the differences, but I know that grade 5 can hold a polish much better. In fact, a little bit of grade 5 titanium is used on the X-33 Skywalker bracelet as the polished sides of the center-link.

The titanium case is cut very well, and I like the matte brushed finishing a lot. Other than being in titanium, the bracelet is more or less identical to that classic Speedmaster bracelet that people love. The case of the X-33 Skywalkers has a range of interesting design elements but is a Speedmaster at heart. In fact, in many ways, it is very similar to the last generation X-33. Omega simply didn’t want to make too many changes in order to preserve the interest from aviation professionals and collectors. 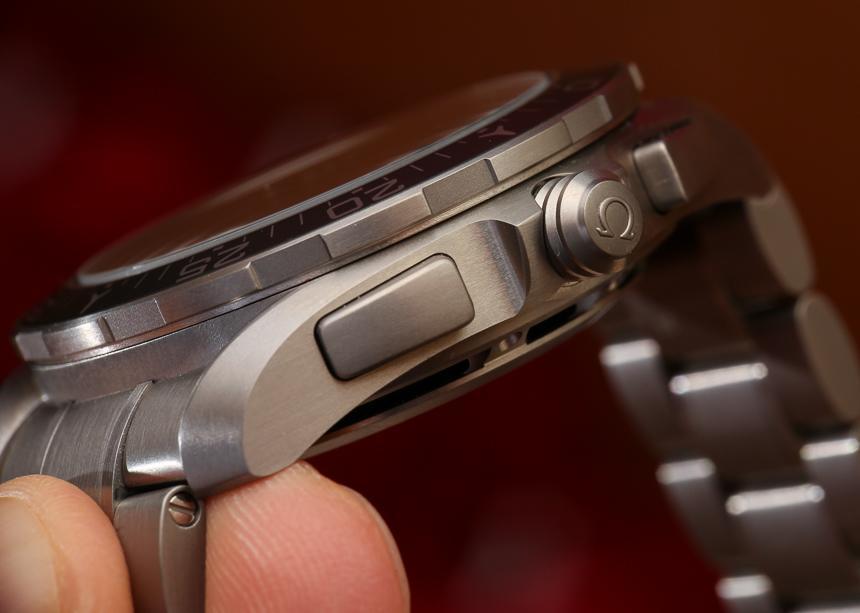