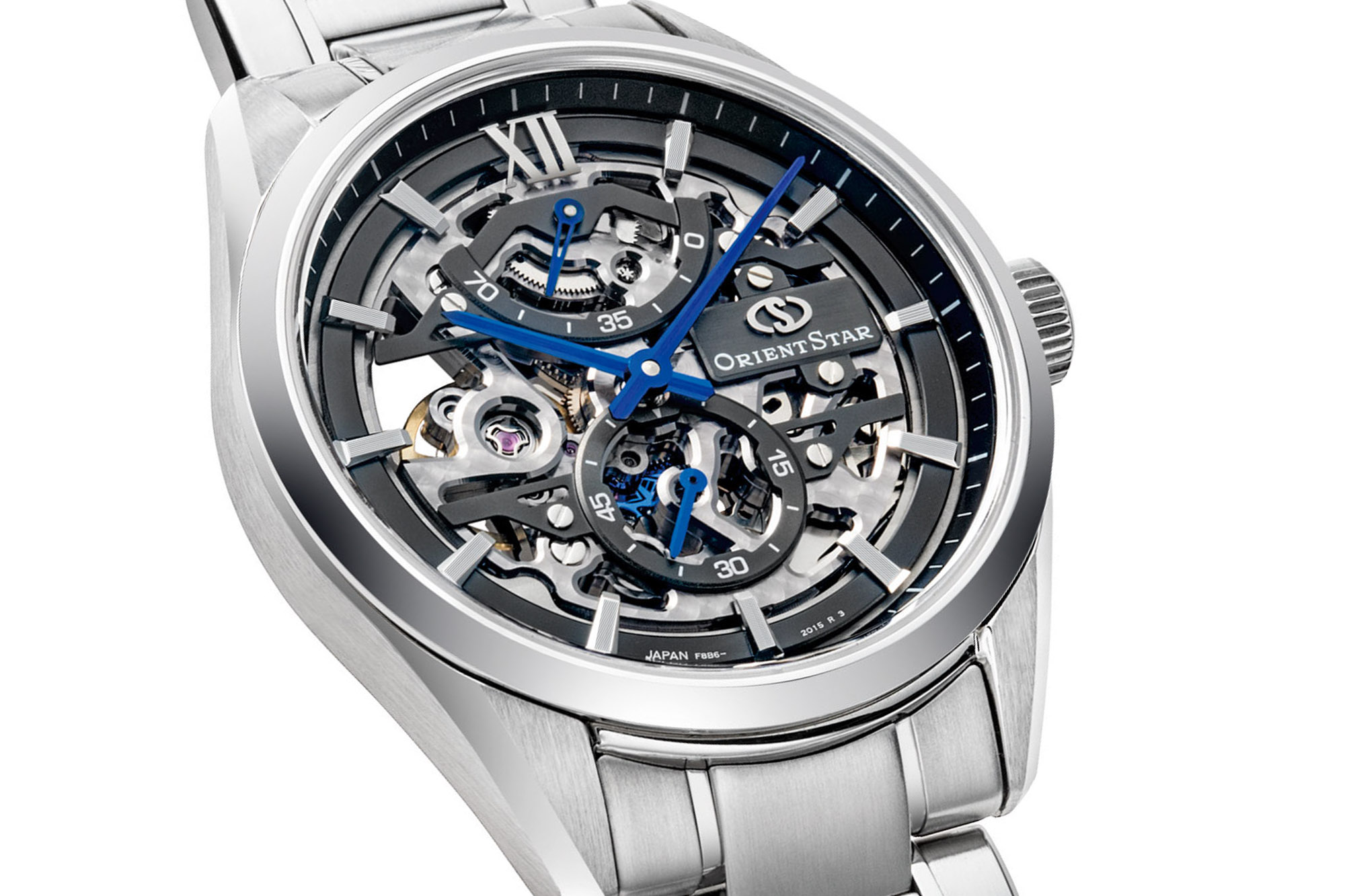 Due to the fact that Orient is best known for being one of the perennial fan-favorite brands from the affordable side of the watch enthusiast landscape, it can sometimes be easy to forget that alongside budget-friendly classics like the Mako and Bambino collections, the Japanese brand also produces an entire range of more premium models in the form of its Orient Star series. Much like how Grand Seiko was the luxury line from Seiko before becoming its own separate brand, Orient Star watches exist on a significantly higher level in terms of quality and finishing compared to their standard Orient-branded counterparts. The latest addition to the lineup is the Orient Star Contemporary Skeleton, which features a highly open-worked, manual-wind movement fitted with a silicon escape wheel. This represents a radical departure from the budget-friendly divers and dress watches that Orient produces at the firmly affordable end of the price spectrum. 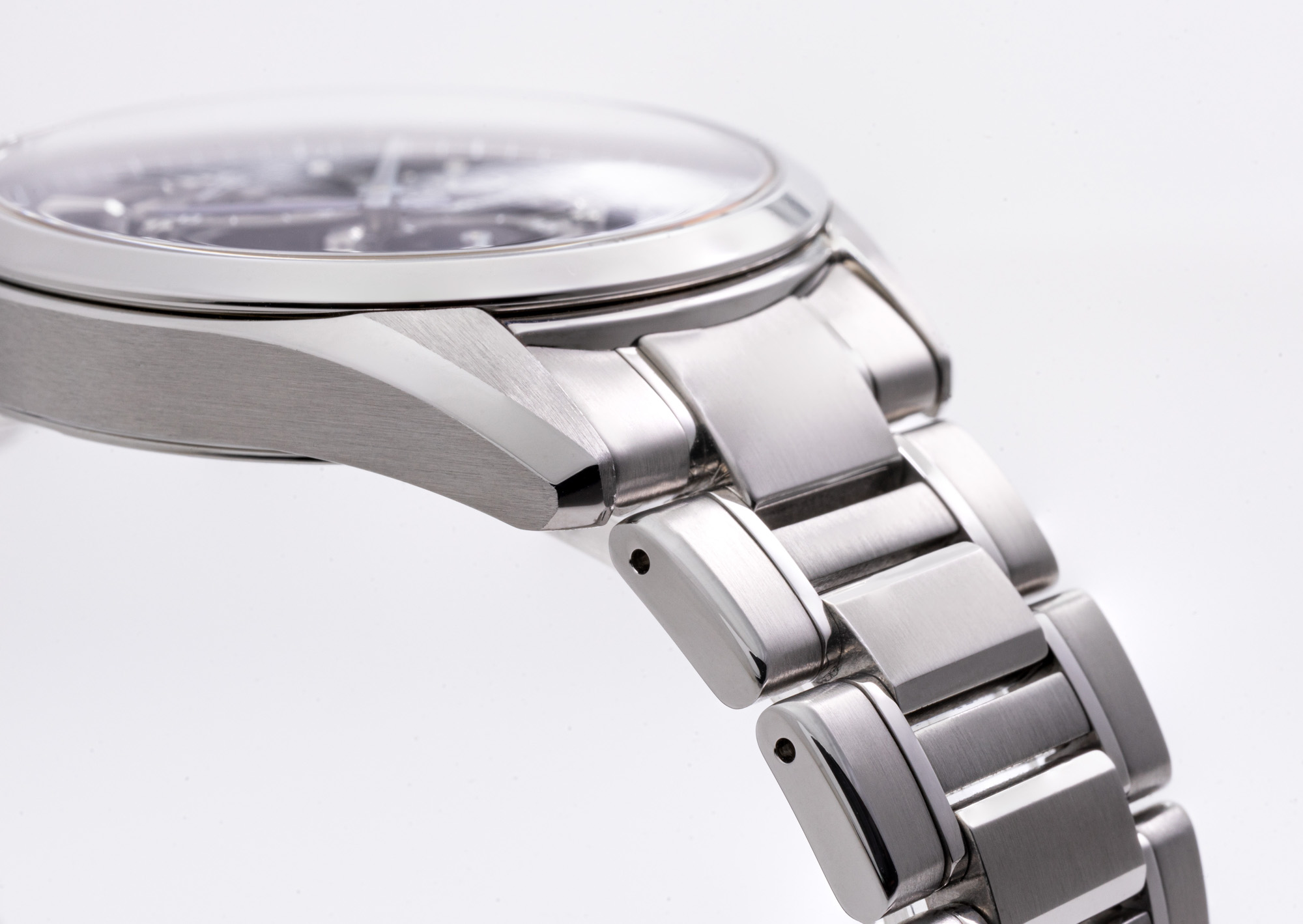 The case of the new Orient Star Contemporary Skeleton (ref. RE-AZ0101N) is crafted from stainless steel and it measures 39mm in diameter by 10.8mm thick, with 20mm lugs and an overall lug-to-lug distance of 46.5mm. The brushed sides and top surfaces of the lugs are separated by thick high-polished bevels, while the top of the case is fitted with a thin, smooth bezel. Protecting the dial is a double curved sapphire crystal finished with the brand’s SAR (super anti-reflective) coating, and a signed crown at 3 o’clock works together with a screw-down sapphire display caseback to help create 50 meters of water resistance. Neither overly dressy or sporty in its overall appearance, the new Orient Star Contemporary Skeleton was specifically designed to embody the blend between professional and leisure that exists within our modern lives. This aesthetic approach can be seen throughout the rest of the watch and its matching stainless steel bracelet. 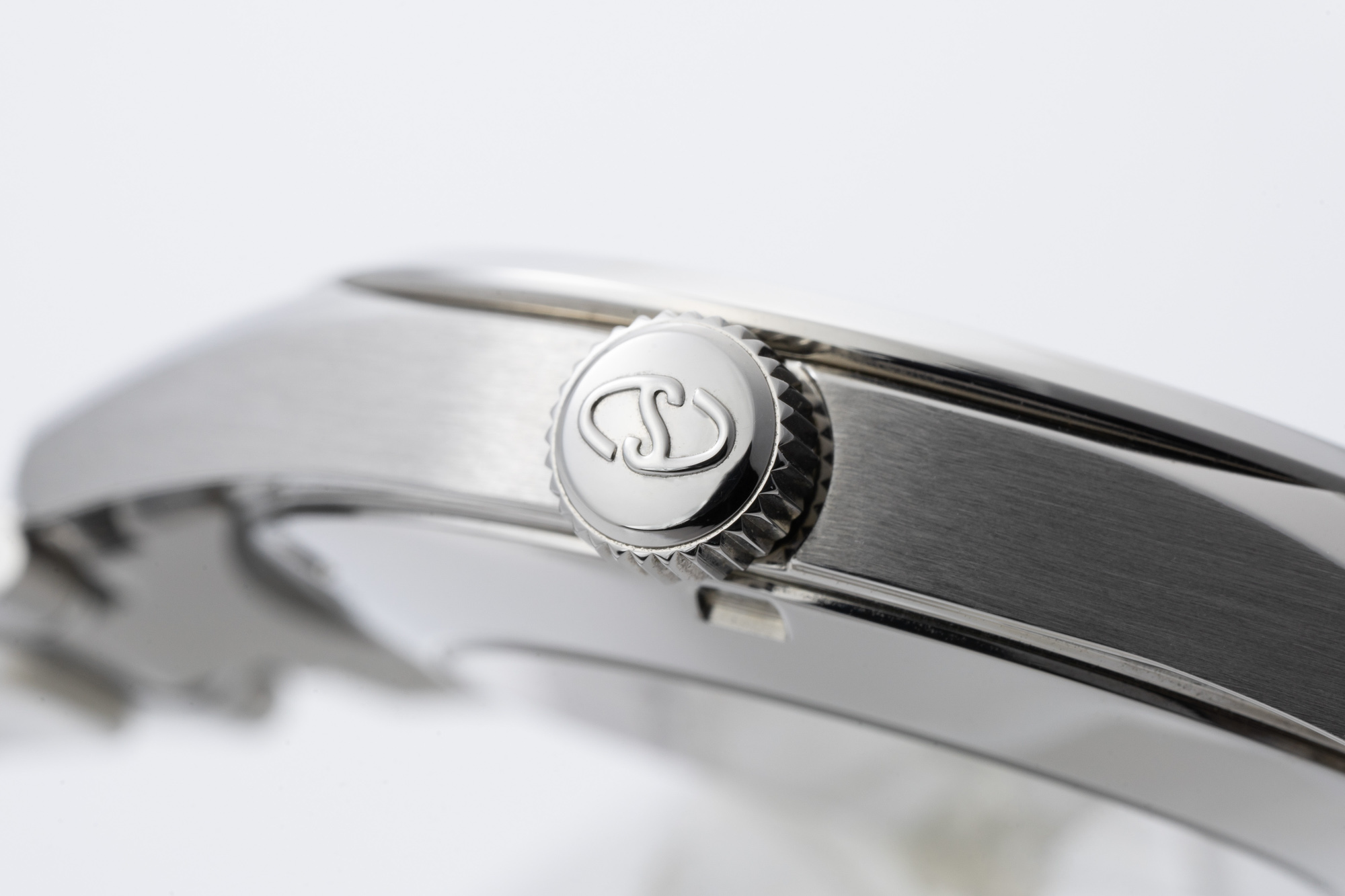 Just like most skeletonized watches, the dial of the new Orient Star Contemporary Skeleton is fairly minimal in terms of its overall surface area. It consists of primarily just a ring for the hour markers and minute track, along with a few separate central elements for the power reserve indicator, logo, and running seconds sub-dial. On the new Contemporary Skeleton watch, the dial surface is a deep gray color. The beveled and applied hour markers feature a linear finish on their top surfaces, and the 12 o’clock marker gets punctuated by a polished Roman numeral. The Orient Star name and logo appear at the 3 o’clock location, and the time itself is displayed by a pair of metallic blue centrally-mounted hour and minute hands. The running seconds is displayed by a third blue hand on a separate register that sits on the lower half of the dial, while an arc-shaped power reserve indicator punctuated with a fourth blue hand creates balance and sits on the upper half of the dial below the 12 o’clock marker. 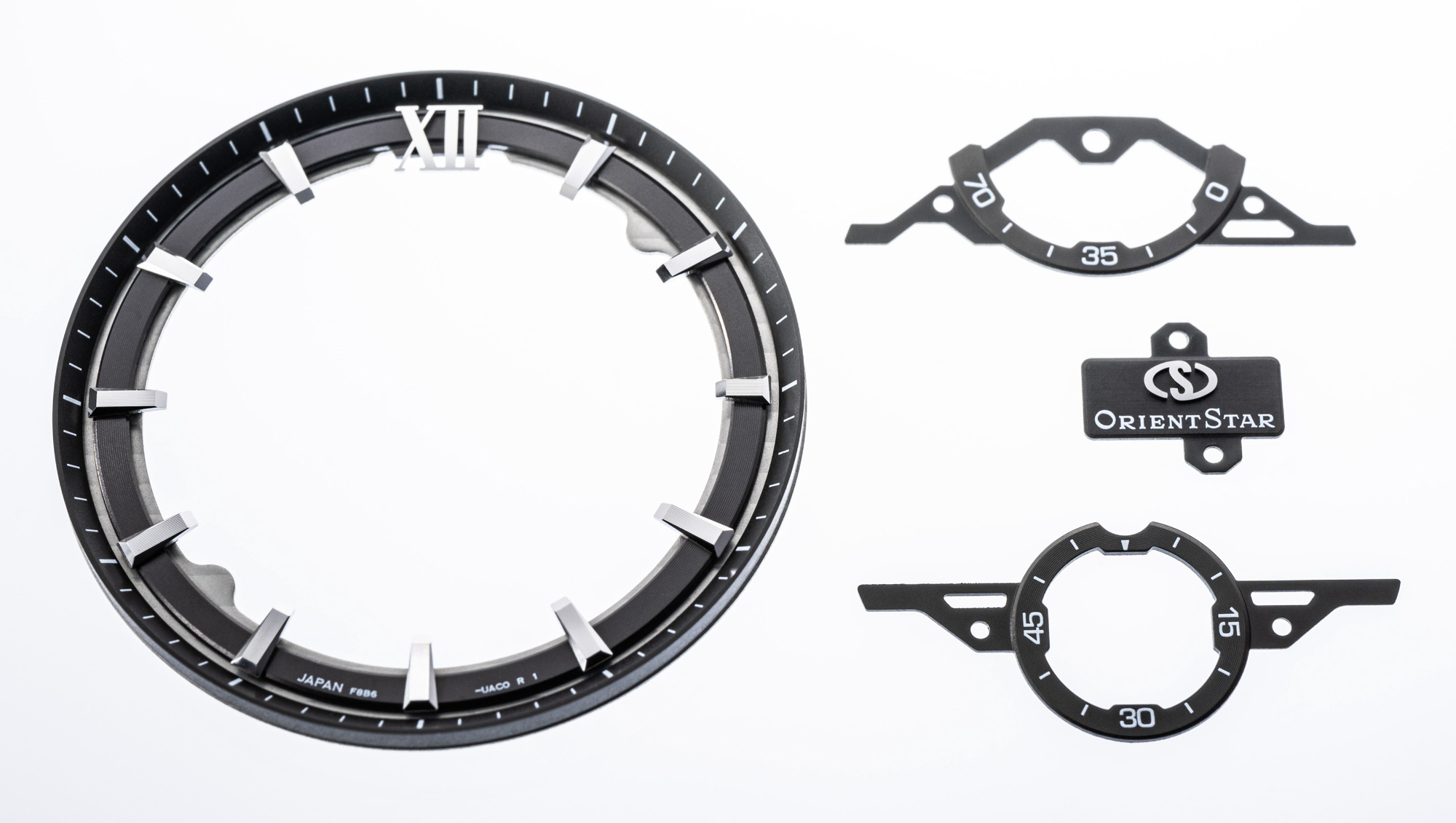 At the heart of the Orient Star Contemporary Skeleton is the in-house Caliber F8B61 manual-wind movement, which sits on full display through both the open-worked dial and sapphire caseback. Orient rarely makes a fuss about the fact that it produces its own movements. While most of its calibers are straightforward mechanical workhorses, the Cal. F8B61 represents what happens when Orient decides to flex its movement manufacturing muscles a bit. Running at a rate of 21,600vph (3 Hz) and offering users a rather respectable power reserve of approximately 70 hours, the Orient Star Cal. F8B61 also features a silicon escape wheel created using MEMS processing technology, and it appears as a bright blue spiral shape that can be seen through one of the apertures in the dial. The mainplate and bridges of the movement are adorned with perlage and striping, and they are given a dark gray finish for an elevated and modern appearance that is intended to evoke the vastness of outer space. Along with being significantly more decorated than a standard Orient watch movement, the Cal. F8B61 also offers better performance metrics. In addition to its increased power reserve, it also offers an accuracy rating of +15/-5 seconds per day. 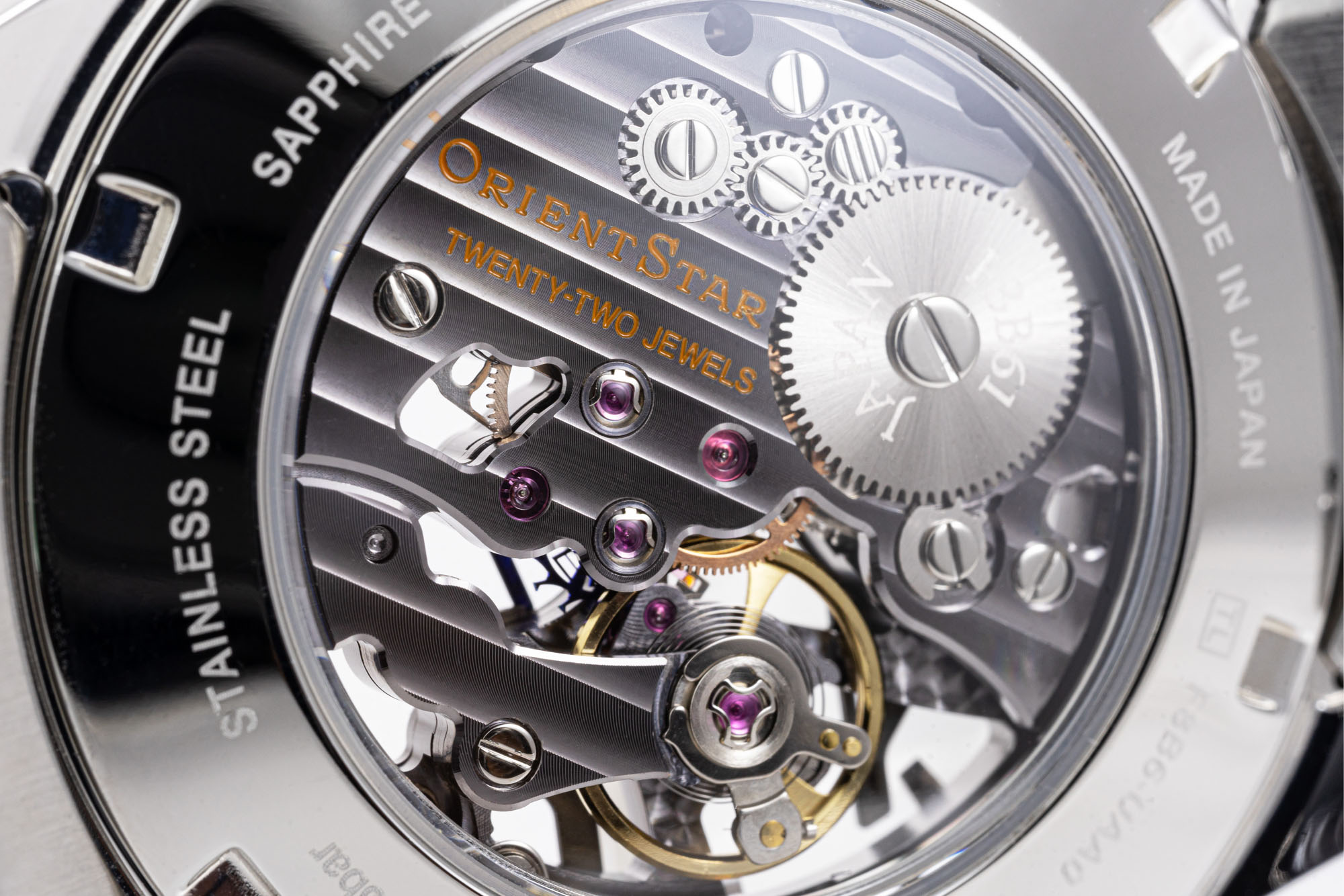 Given that the watch itself is one that is intended to embody a blend of formal and casual design elements, the Orient Star Contemporary Skeleton is fitted with a matching stainless steel bracelet. Featuring an aesthetically versatile H-link structure with a five-piece link design, the three large sections of each bracelet link receive a brushed finish, while the small center links separating them are high-polished for an added touch of refinement. The end-links for the bracelet are solid, although from the initial press photos, the removable links appear to be secured by pins rather than screws. That said, the same can be said for many bracelets attached to watches that are priced up to several thousand dollars. While most people prefer screws, rarely does the method of attachment actually impact the user experience once it has been sized to your wrist. Completing the bracelet is a deployant-style folding clasp with a double push-button release, and while it doesn’t appear to offer any type of built-in extension system, it does include three micro-adjustment holes for those who find themselves between link sizes. 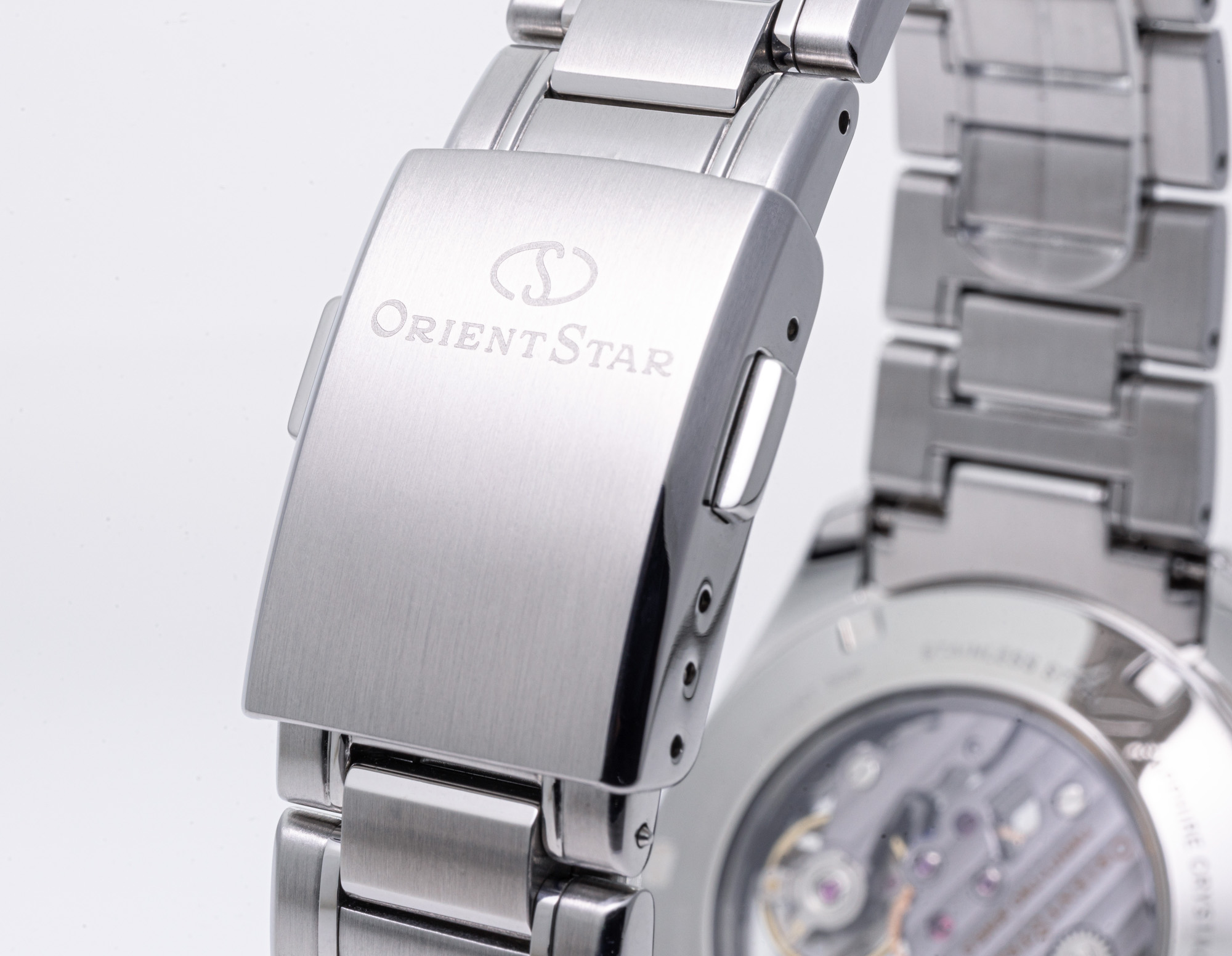 Just like all Orient Star watches, the new Contemporary Skeleton represents a significant step up in every possible way compared to Orient’s budget-friendly models. However, this also includes its price. While most regular Orient watches typically sell for a few hundred dollars, the new Orient Star Contemporary Skeleton is accompanied by an official retail price of $3,330 USD. There will undoubtedly be some people who have trouble wrapping their minds around the idea of paying this much for a watch from a brand that is best known for its highly affordable offerings. It’s important to remember that people originally had similar reservations about Grand Seiko, and any hesitations were quickly put to rest as soon as anyone handled one of the brand’s watches. I have a feeling that a very similar scenario will exist with the new Contemporary Skeleton model. It represents the top-of-the-line from Orient’s modern catalog, and there’s a good chance that it could likely hold its own against just about anything else at this price point when it comes to overall quality and finishing. Given that it costs about ten times the price of Orient’s entry-level offerings, expectations should be fairly high, and the Orient Star Contemporary Skeleton is definitely a watch that I am curious to see in the metal. For more information, please visit the brand’s website.