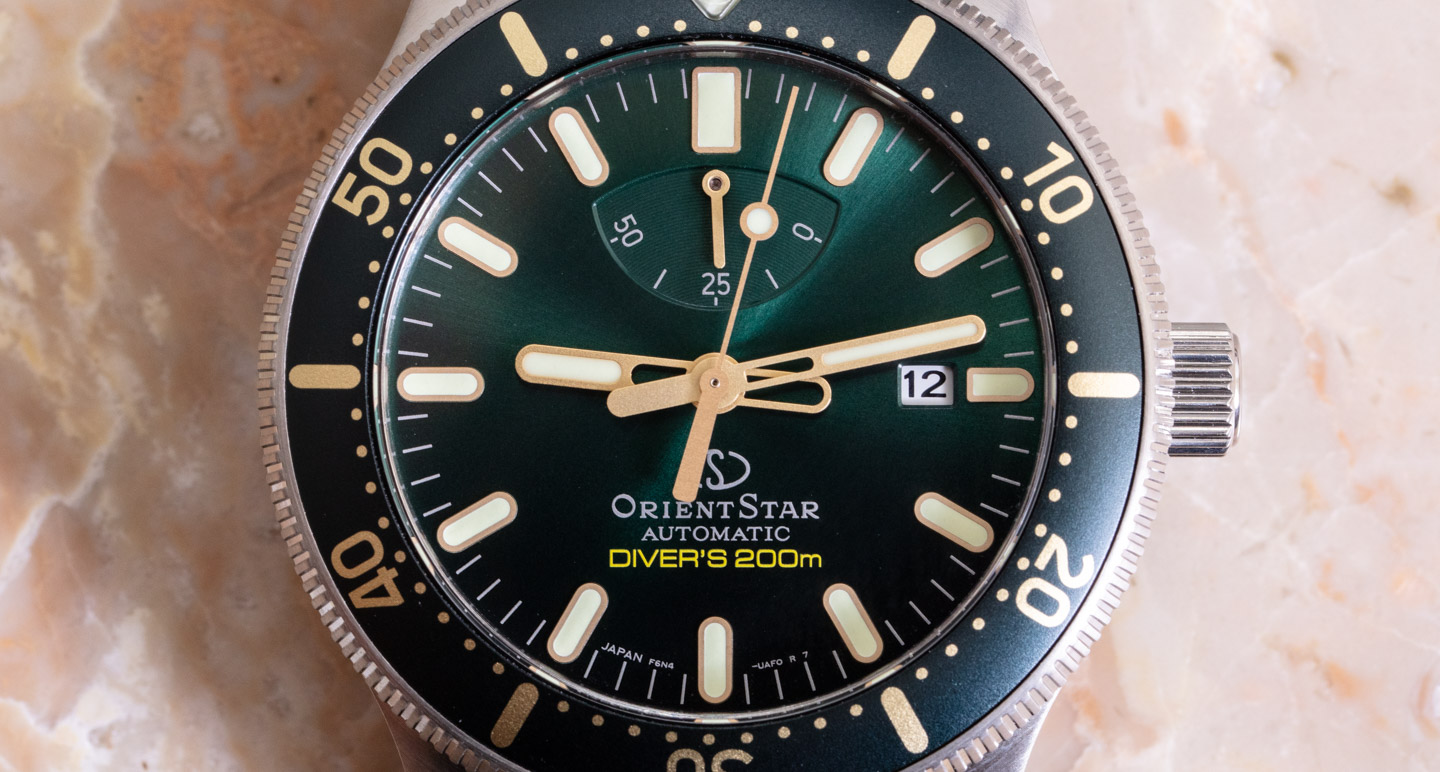 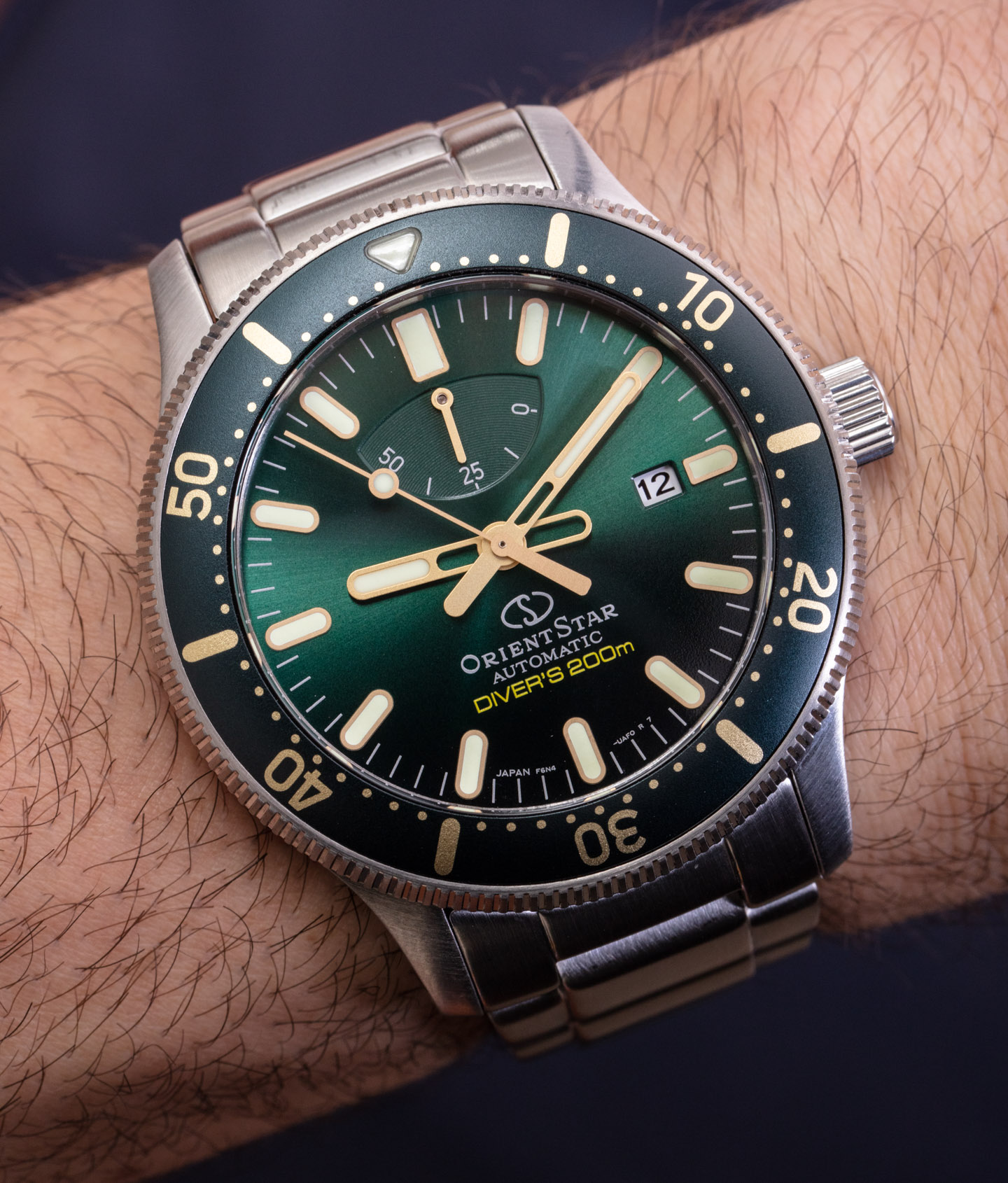 Where I am in the United States, the Orient Star reference RE-AU307E Japanese diver’s style watch can authentically be considered exotic. To my knowledge, you can’t buy one in any store in town, and as far as I know, the United States Orient Watches distributor carries little to no of the more elevated “Orient Star” products. If you want one, you first need to learn about it, and then either travel to Asia (which hasn’t been possible for much of the world for a while) or one of the other small number of places that sell these watches, or happen to know about it and find it online.

The watch is very cool and a good value, meaning it will make a lot of enthusiasts happy. That said, there is a sort of antiquated comedy to purchasing this watch that is, for some people, part of the charm. For example, I can’t actually tell you what the retail price is. The Orient Star website certainly lists the RE-AU307E watch, but without a price. Some Google searching for the watch leads to a low of $660 USD for this timepiece out of Singapore I believe and up to $1,099 USD for the watch — also from a dealer in Singapore. Prices in between came from sellers shipping the product from countries such as Malaysia back to Japan. 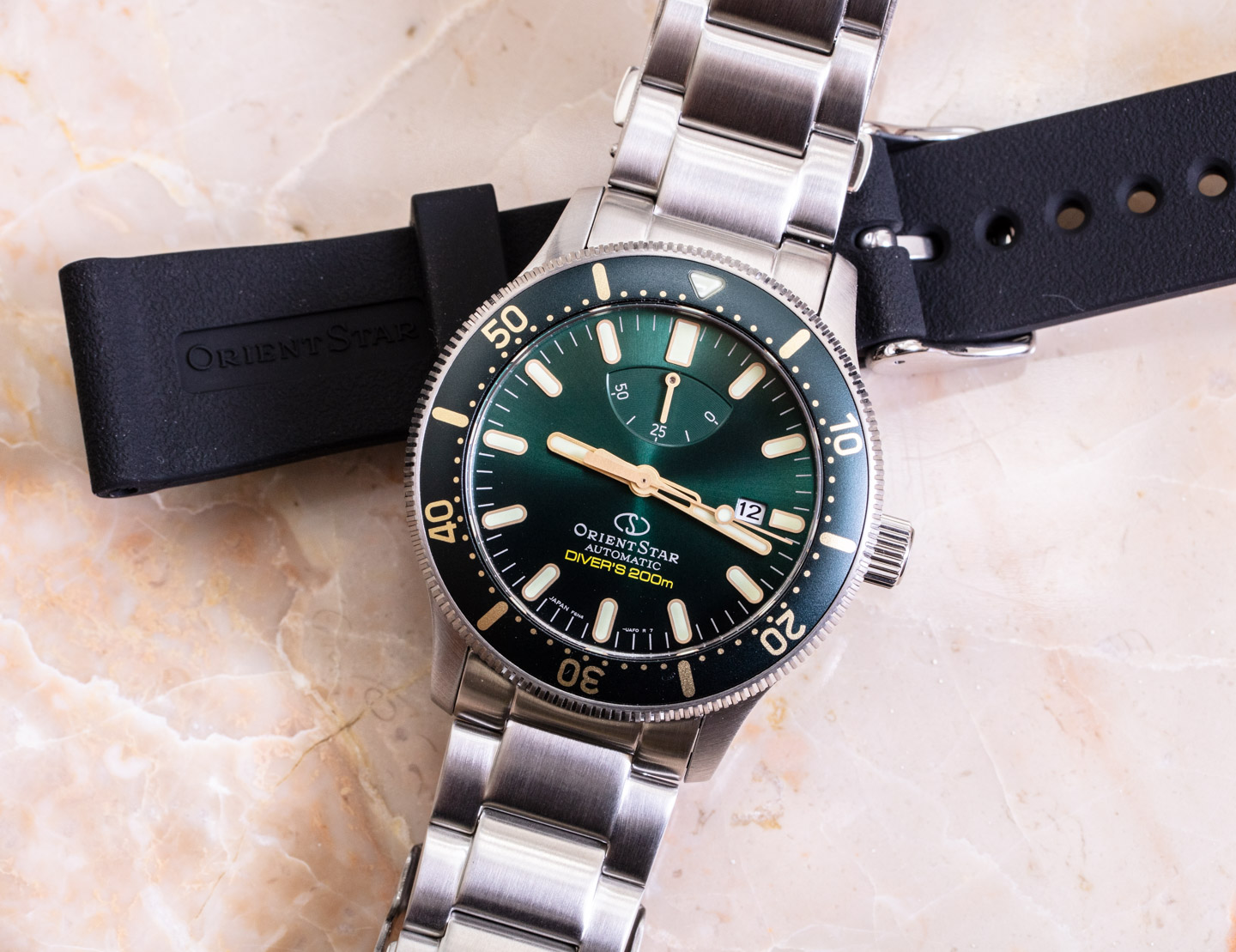 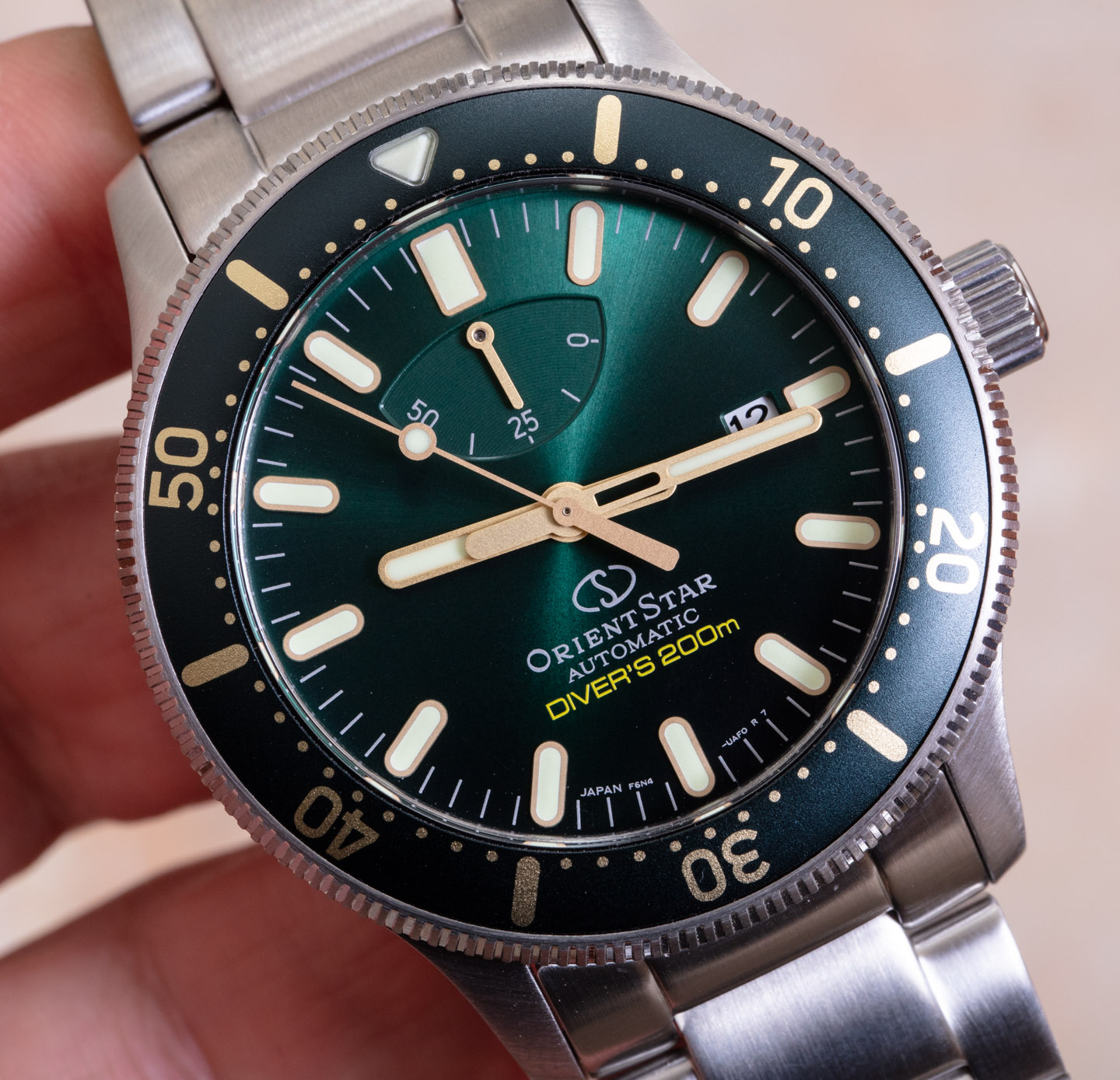 I’m not shocked or particularly perturbed by this. Orient Japan doesn’t actually set retail prices. My understanding is that its retail model allows each country that sells the watches to come up with their own pricing, which is a margin on top of the wholesale price. This is very much how things “used to be,” but has been much less common recently given the great “flattening effect” of the internet, namely here in terms of transparency of international price distinctions at the click of a few buttons.

This means that most people buying this Orient Star 200 meter diver will pay under $1,000 — and for that, it is a great deal. Orient is also technically part of the Seiko watch group (under EPSON), though their operation and manufacture are totally different since they were, historically, an independent company. That is also less money than the price of one of the best Orient watches of all time (though old now), which is the Orient Automatic Saturation Diver 300m CFD0C001B that I reviewed back in 2009 here. 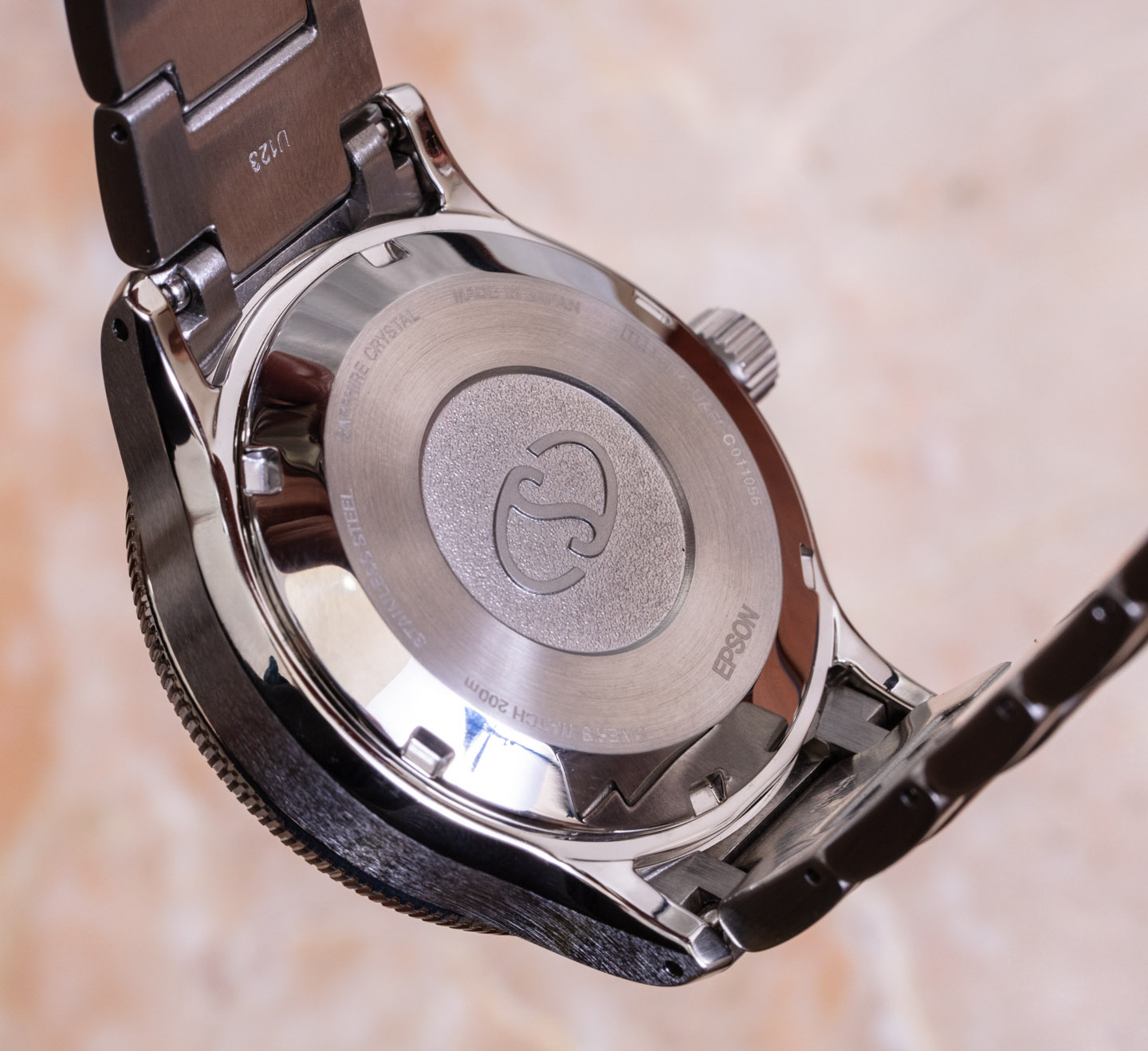 Orient Star is supposed to be a more premium collection of timepieces from standard Orient products. Orient Star really started as dress watches, I believe, but later adopted more sporty models such as this diver’s watch. Orient Star isn’t much better than standard Orient watches the way that Grand Seiko watches might compare to standard Seiko (even then the lines can blur a bit). Instead, Orient Star watches have modest but appreciated little extra touches that put them into a class of products that timepiece enthusiasts can easily get behind. In the best ways, Orient continues to be a quality Japanese brand that is hard to beat when it comes to features and quality for the money.

Some Orient watches are certainly more eye-pleasing than others. There are times when Orient watches simply don’t appear to be created for aficionados, but at other times, they really get the design of a new product right. The RE-AU0307E (I wish I had a better name to call it) is a genuinely handsome watch and also happens to be at least distinctive enough. The rounded hour markers and style of the hands with their extended counterweights gives the dial a lot of character. While Orient produces this same 200m Diver’s watch with different color dials, this particular version has a deep hunter green face and bezel. The hands and hour markers are cleverly satin-finished, which creates excellent legibility as well as low dial glare. The hands are a bit on the short end but not by much, so it isn’t that big of a deal. 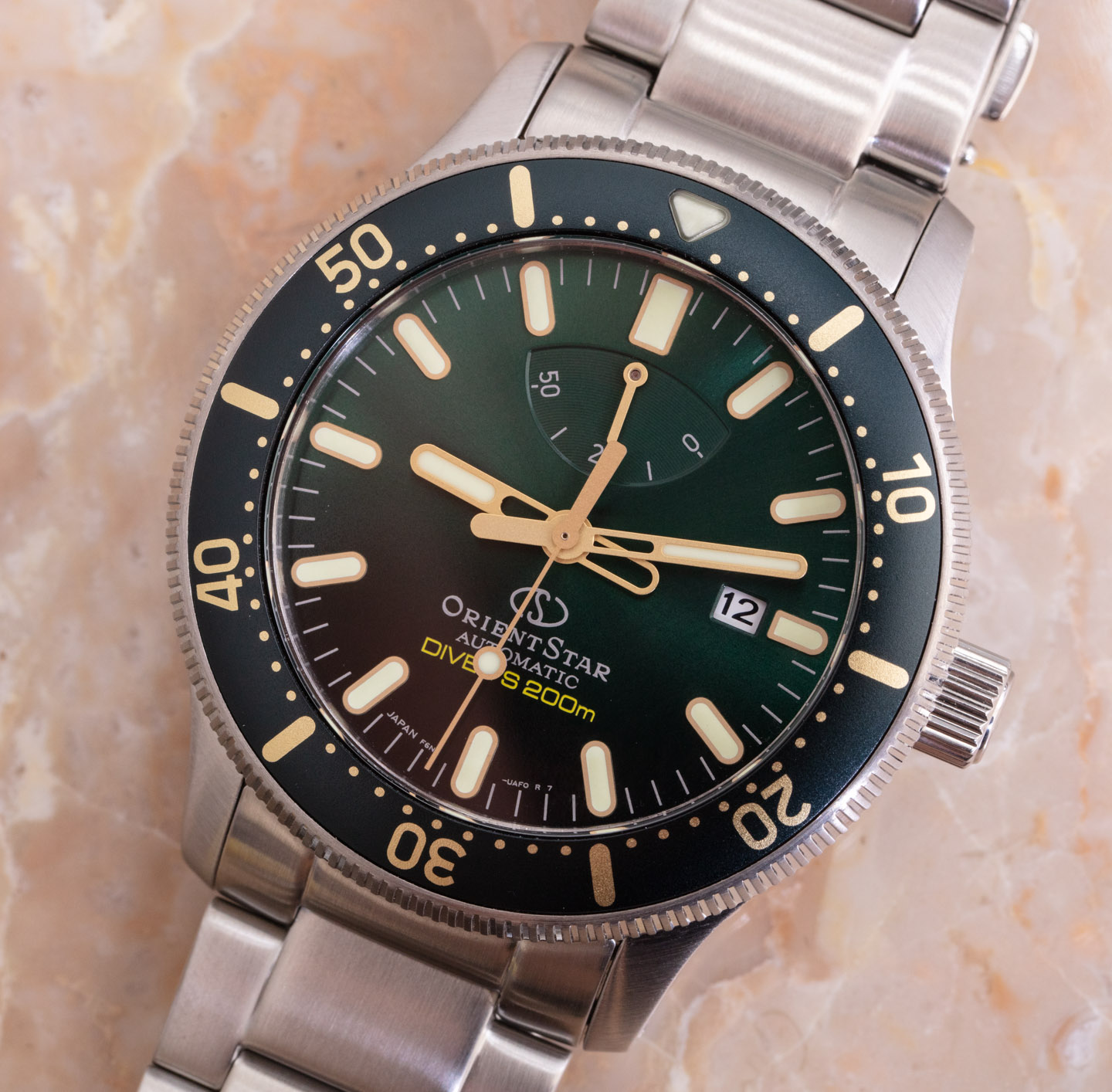 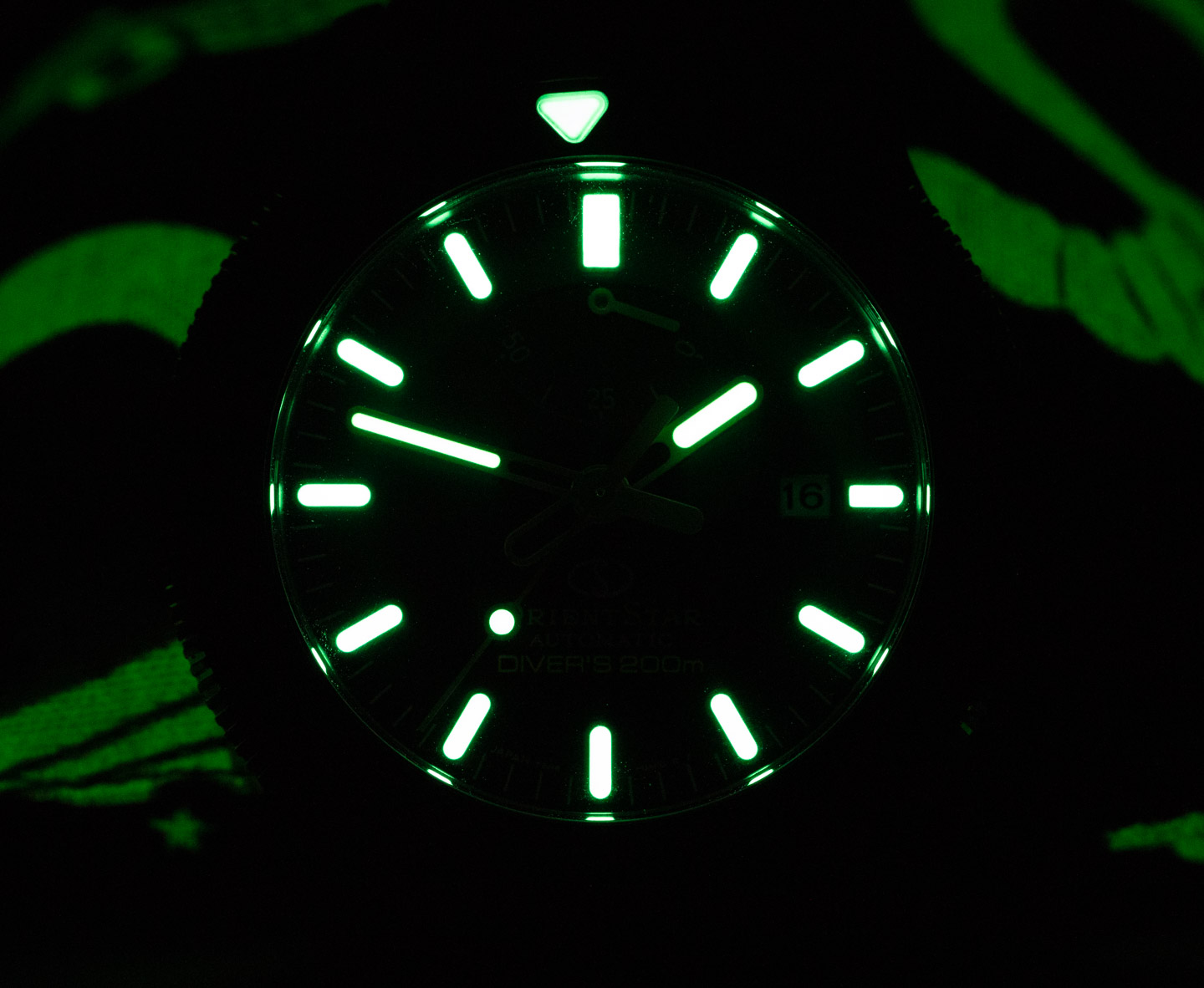 The metallic green dial and matching bezel are genuinely attractive, and the overall large heft of the case is acceptable given the retro-chic tool-watch vibe of the product. The mostly brushed stainless steel case is water-resistant to 200 meters and has an AR-coated flat sapphire crystal over the dial. The case is 43.6mm-wide, 14mm-thick, and has a 51mm lug-to-lug distance. The unidirectional rotating bezel is extra-tall and has an interesting inward slope to it on the outside, which does help to reduce the visual size of the watch.

Attached to the case is a three-link-style (uses single links, but with a polish that really does create a three-link effect) steel metal bracelet that tapers just a little bit and that has a Seiko-style triple locking fold-over deployant. There is a small fold-out diver’s extension, as well as the ability to micro-size the bracelet. Sadly, there is no on-the-fly micro-adjust system like the Orient 300m Saturation Diver I linked to above. 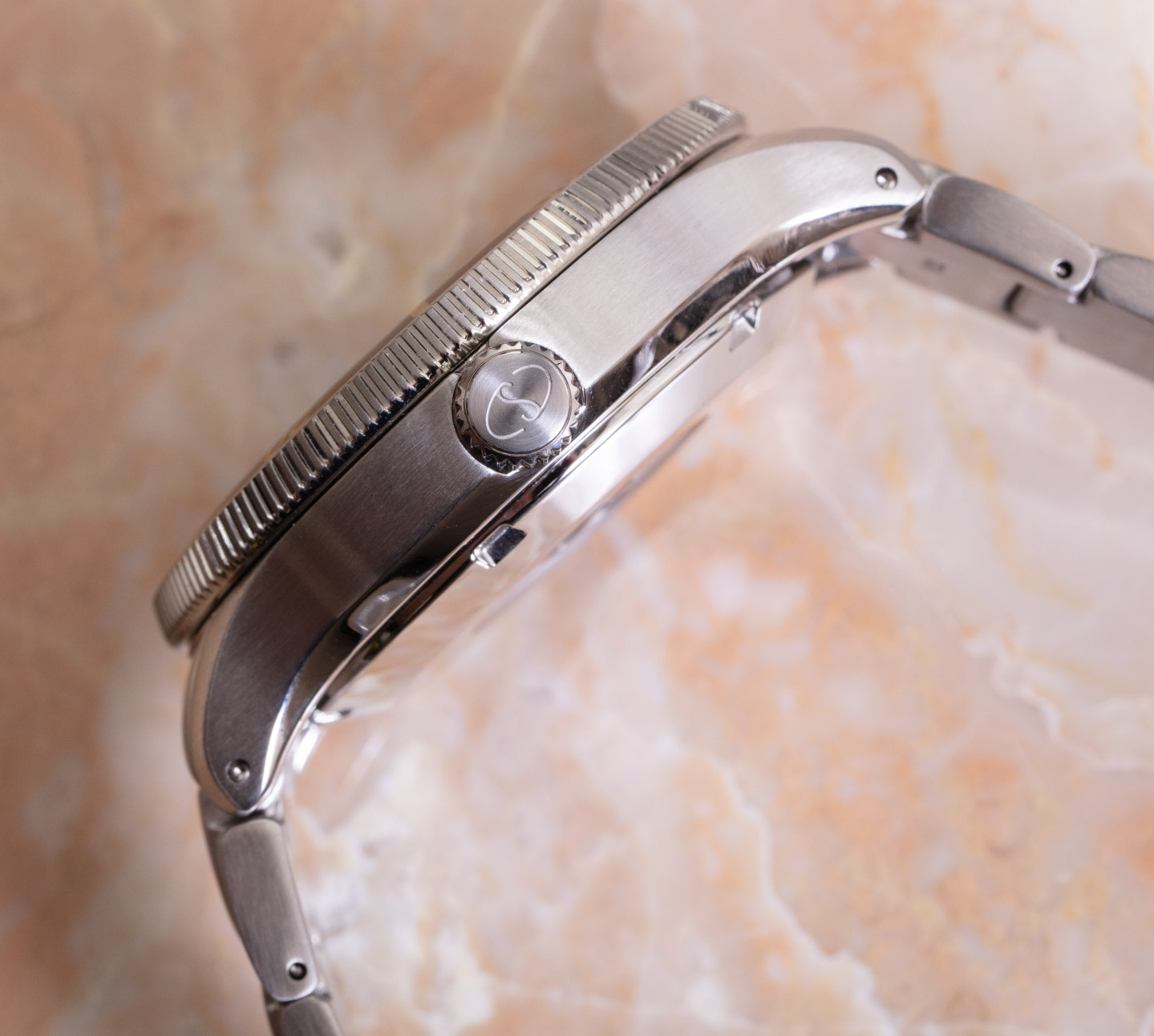 Inside the 200-meter diver is a movement that would make the 300m Saturation Diver jealous. That movement was an automatic but wasn’t able to be manually wound. Inside this watch is the in-house-made Orient caliber F6N47 automatic movement with time, date, and power-reserve indicator. This is, more or less, the best movement that Orient currently produces, as far as I know. The F6N47 operates at 3Hz (21,600 bph) with 50 hours of power reserve. I think the most important value here is in having a modern automatic movement that has a power-reserve indicator in an attractive tool watch that costs well under $1,000.

It’s a rare thing, but this watch also comes with a strap. It is s a simple black silicone strap, but it is nice that Orient included it, and it is true that on the silicone strap, the watch will be much more appropriate for actual sporting or active duties — unless you really love to do all that with a heavier timepiece on a metal bracelet. 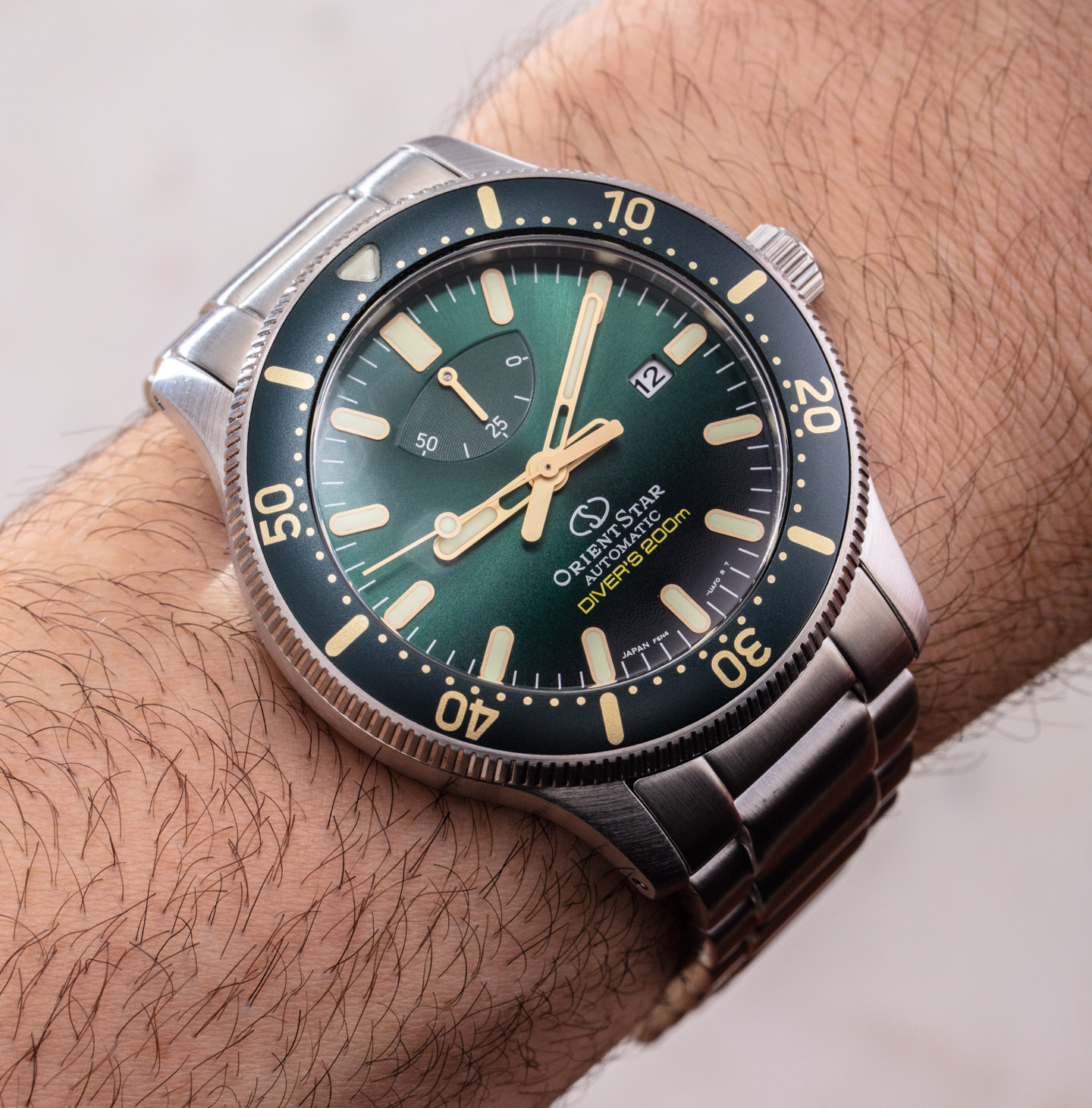 A decade ago it was still possible to get excited about flying to Japan and purchasing a JDM (Japan domestic market) watch (or any number of other items). Since then, a lot of those cool products have started to officially ship internationally, which has actually had the effect of making them a bit less sexy, for some consumers. Orient has maintained the mystery of products only available in far off lands, even though they can, of course, be purchased online (though, for many, they are still shipped from afar). Even though the Orient Star RE-AU0307E 200m Diver Automatic is a modern Japanese diver’s watch that marries good value with style, it also has an appealing, slightly retro aesthetic and hip coloring that could also make seasoned watch enthusiasts take notice when they’re looking for an interesting “beater watch.” Just don’t be surprised when you keep it on your wrist long after you’ve done the gardening and taken a swim. Price averages about $800 – $900 USD. Learn more at the Orient watches website here.