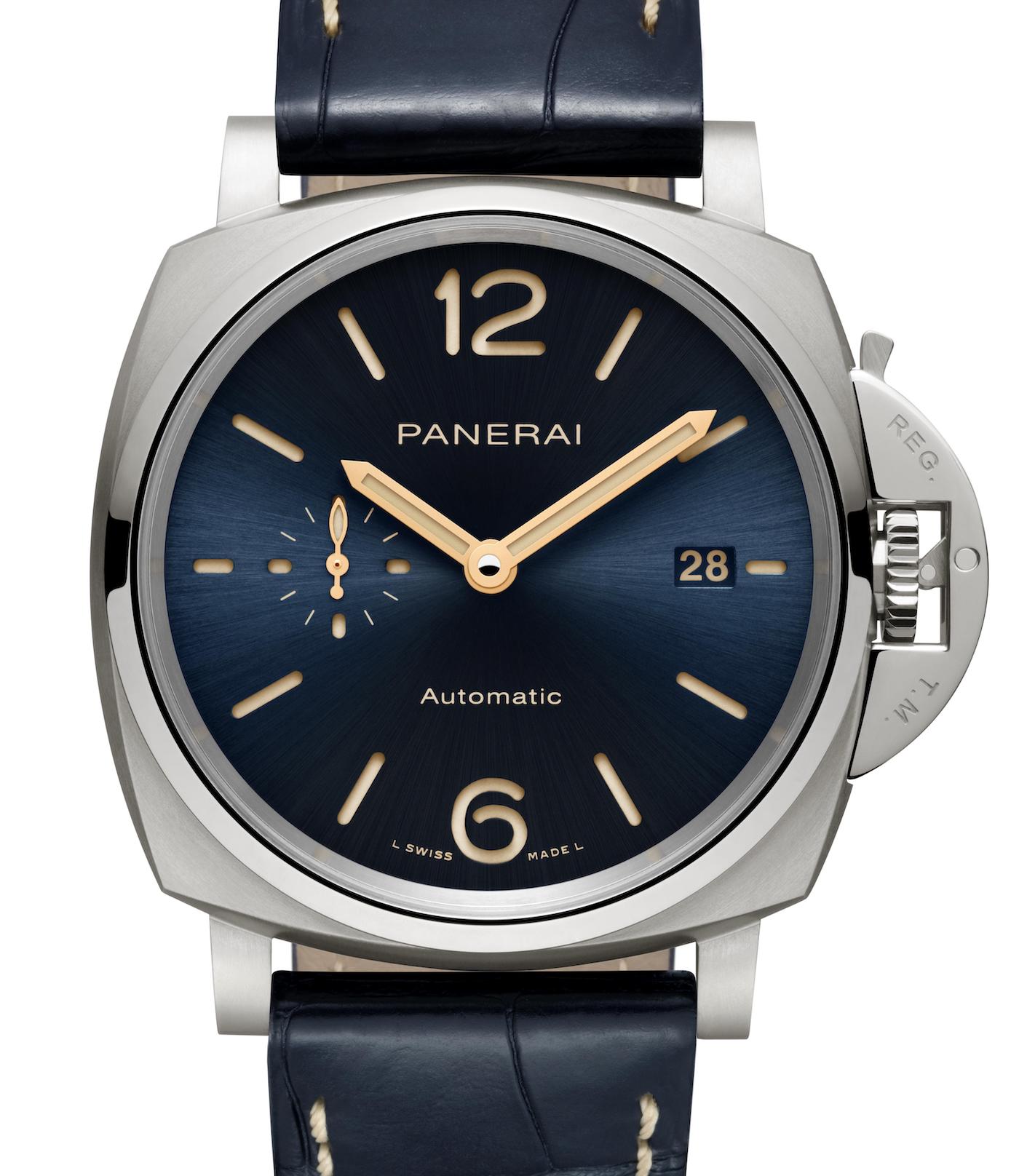 Panerai Adds Six Watches To The Luminor Due Collection

The Panerai Luminor Due Collection is more than three years-old, but the slimline branch of the famous line is definitely aging gracefully. This update to the Panerai Luminor Due Watch Collection brings together a series of navy blue sunray and matte ecru dials, which look fantastic alongside each other. There is, however, a black sheep in this collection. Reference PAM0145, with its 18-karat rose-gold case and glossy red alligator strap sticks out like a sore thumb. While it is not so much to my taste, there is certainly something to be said for covering one’s bases, and it would be foolish to overlook just how attention-grabbing this somewhat livelier model is to passing eyes. 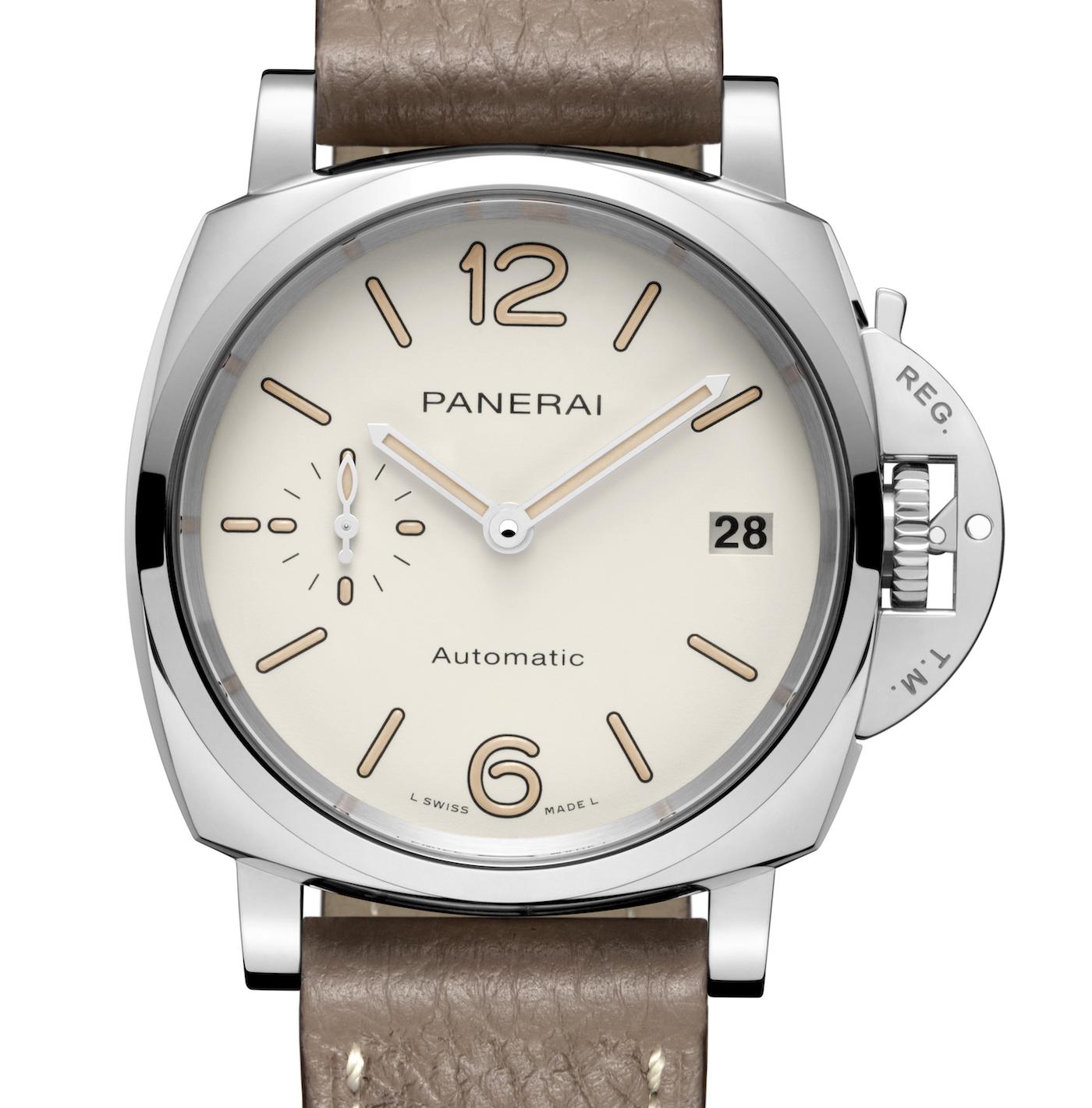 The Panerai Luminor Due Collection is aiming to meet the challenging demands of a 21st-century audience that calls for both functionality and formality in the same piece. The distinctive thing about the Luminor Due collection is its much more slender cases, which boost the line’s formal credentials. Three of these models are also just 38mm, and while this is not something new for the Due collection, it is very much an appreciated exapnsion for an audience that loves the Panerai aestheitc, but can’t get on board with the gargantuan sizes and even greater wrist presence. 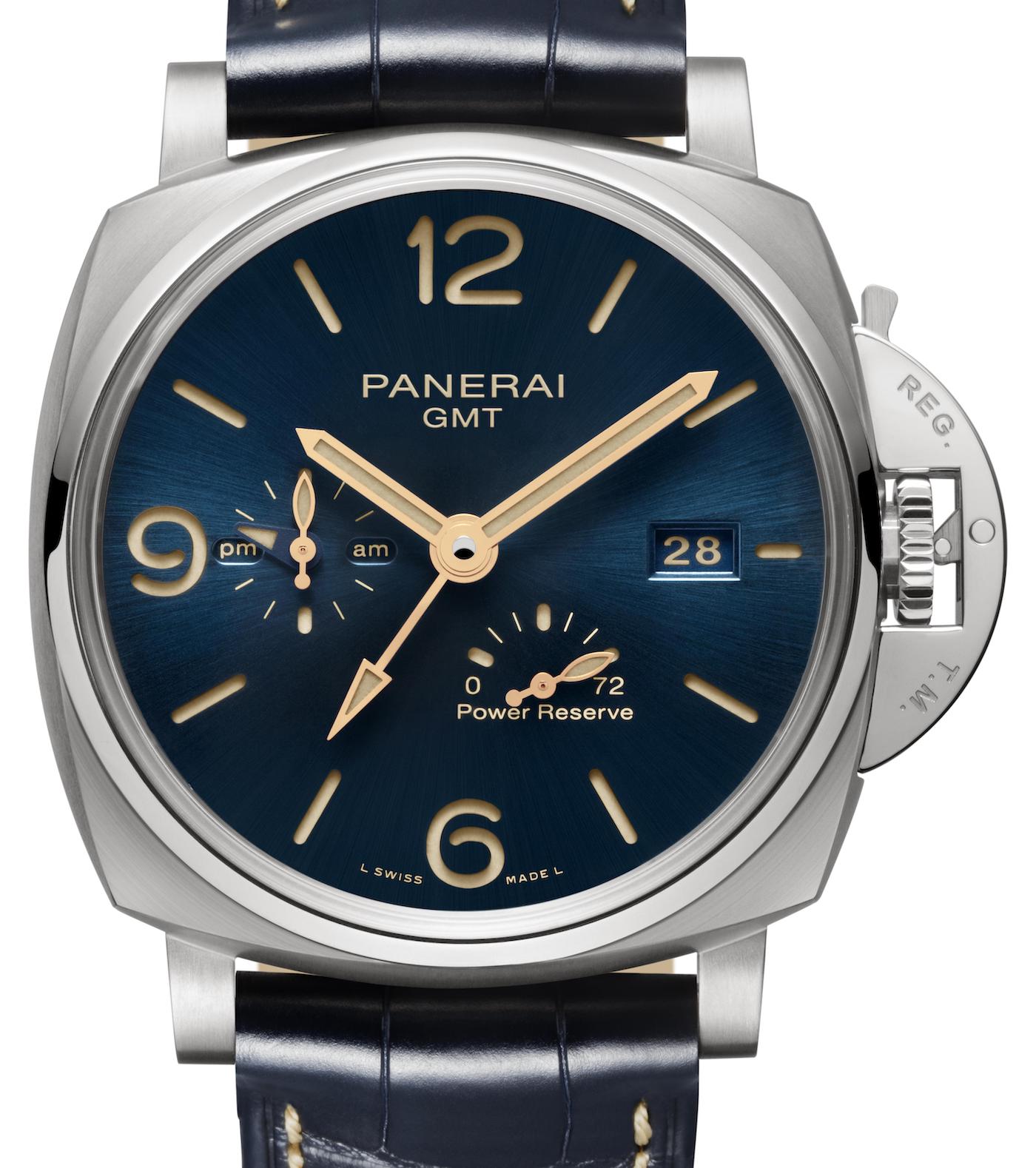 These models, which are all fitted with manufacture calibers, range in size from a startlingly diminutive 38mm (references PAM00926, PAM01043, and PAM01405) to a more typical 45mm (reference PAM00964). Sitting between the two extremes are references PAM00927 and PAM01046, which both measure 42mm in diameter. In addition to sharing in-house calibers, all six new models feature quickly interchangeable straps (so if that glossy red alligator doesn’t float your boat, either, you can just as easily switch it out for one of the more muted options available). 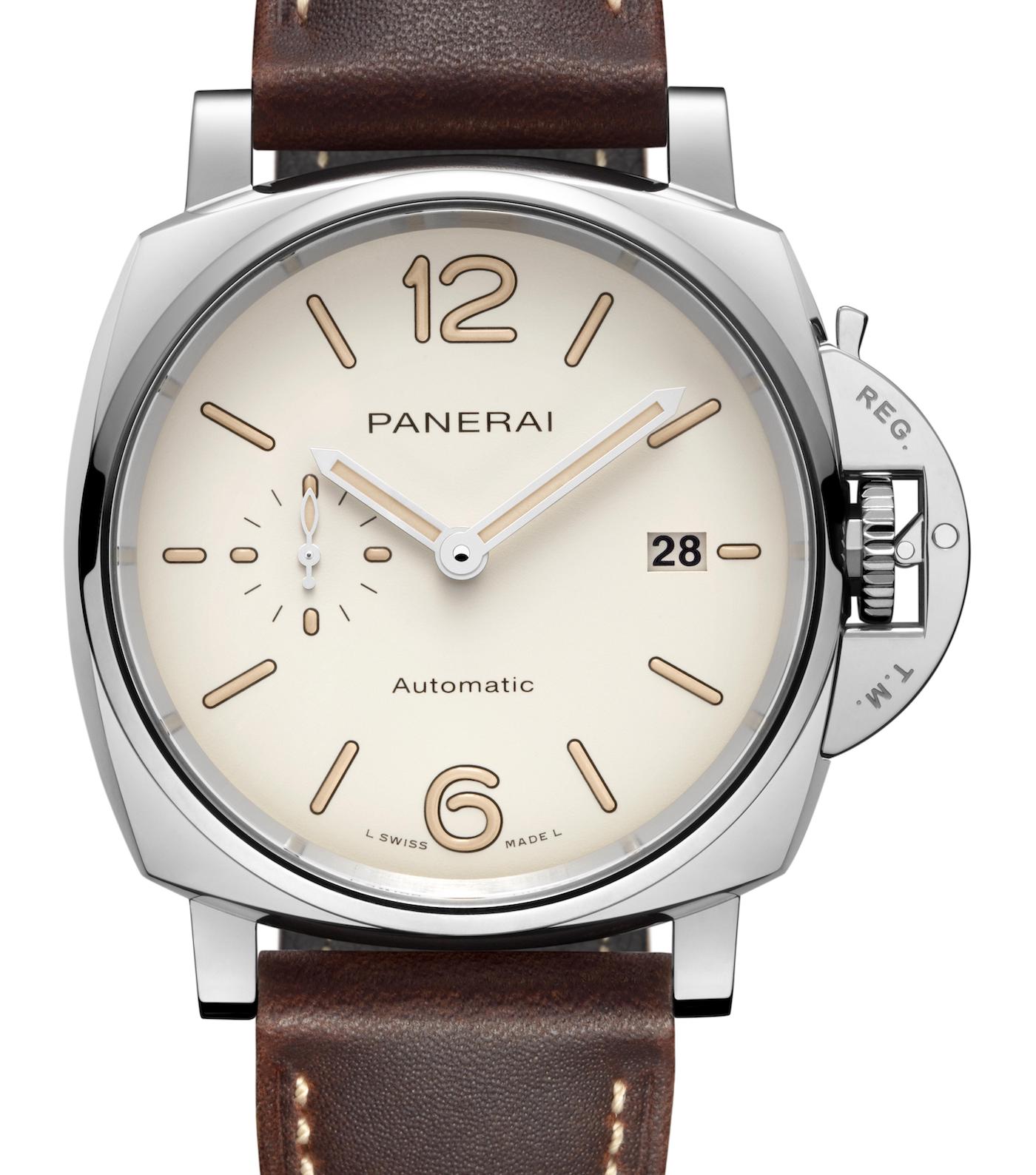 It’s been mentioned before, but it would be remiss to gloss over the cost Panerai has paid for crafting watches of a more accessible size. Since its foundation in a small workshop in Florence in 1860, Panerai’s reputation has never strayed too far from the sea. Known primarily for supplying the Italian Navy with readable and robust watches, one thing you might expect from the brand is significant water-resistance. Remarkably, all of these models — even the 45mm wide PAM00964 — are water-resistant to just 30 meters (3 bar). 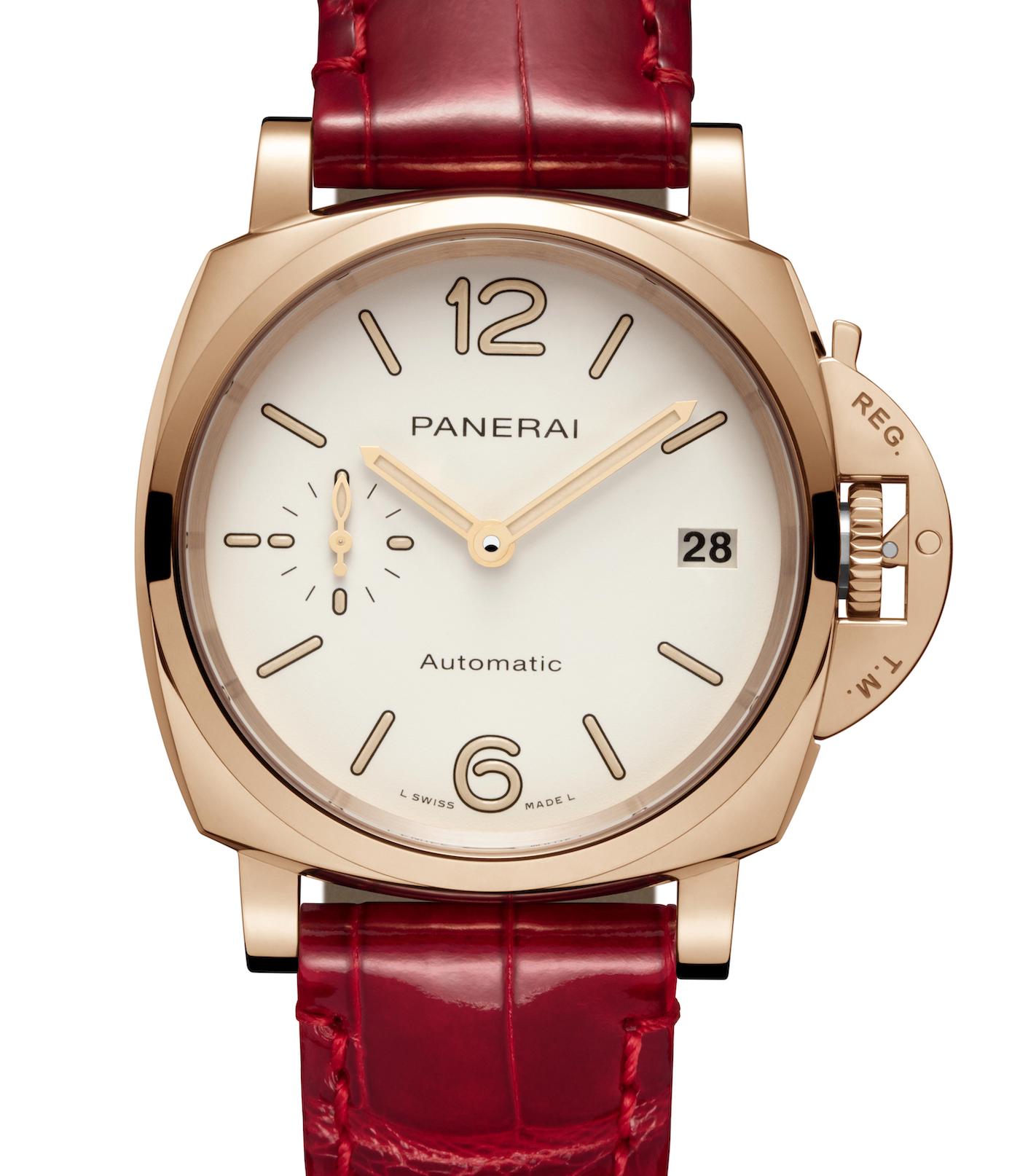 This is the first time the Panerai Luminor Due 38mm (PAM00926) has been crafted from titanium, while the PAM00927 is the first 42mm watch in titanium with an automatic movement. The Luminor Due 38mm (PAM00926, PAM1043, and PAM1045) and the Luminor Due 42mm (PAM00927 and PAM1046) are all powered by the 4.2mm thick P.9000, which has a date display (with a smart, color-matched date wheel at 3 o’clock) and a three-day power reserve. The PAM00964 is powered by the P.4002 Calibre, which features twin time zones and a power-reserve indicator on the dial side, and an additional 24-hour display with an am/pm indicator on the movement side. 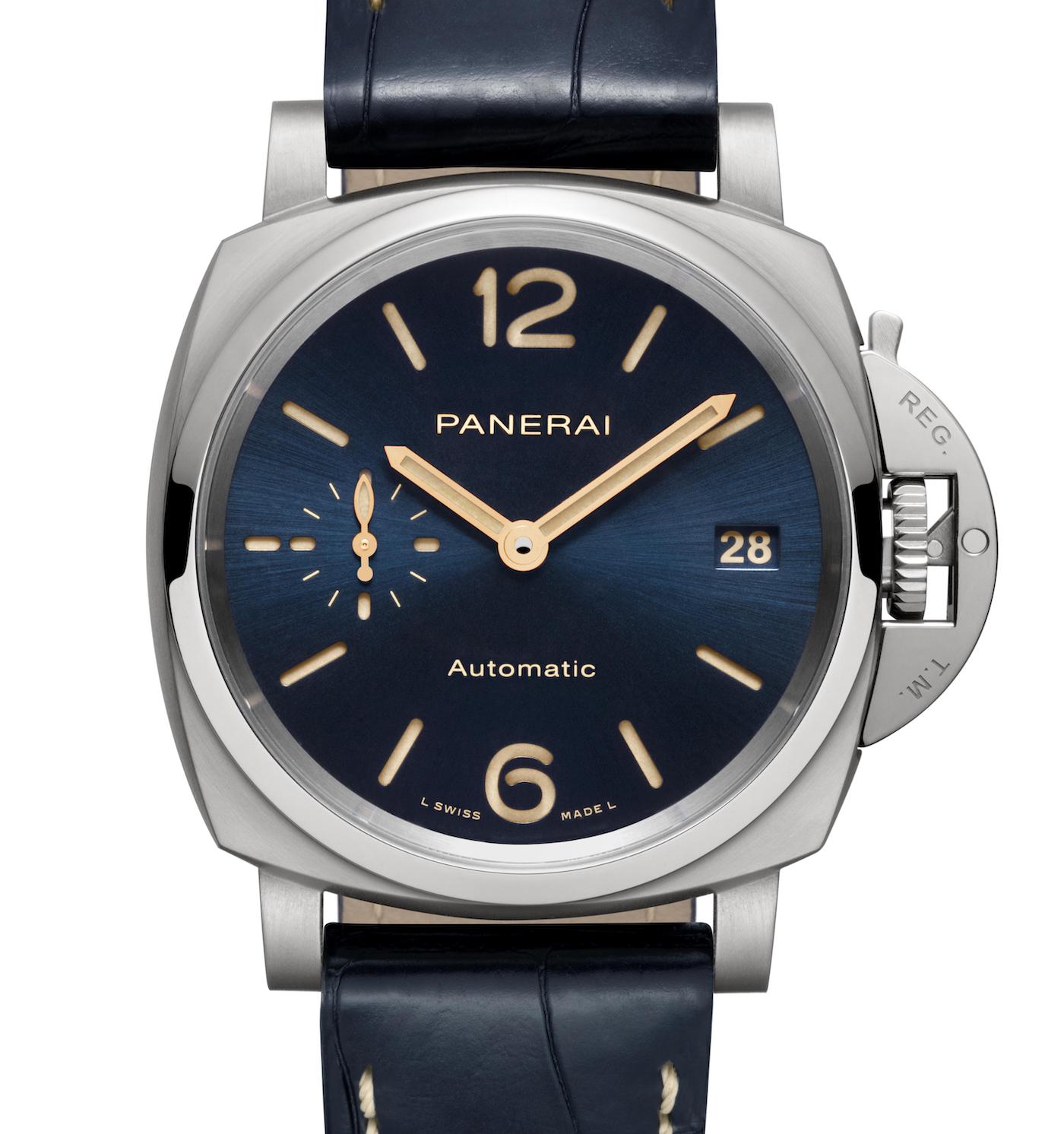