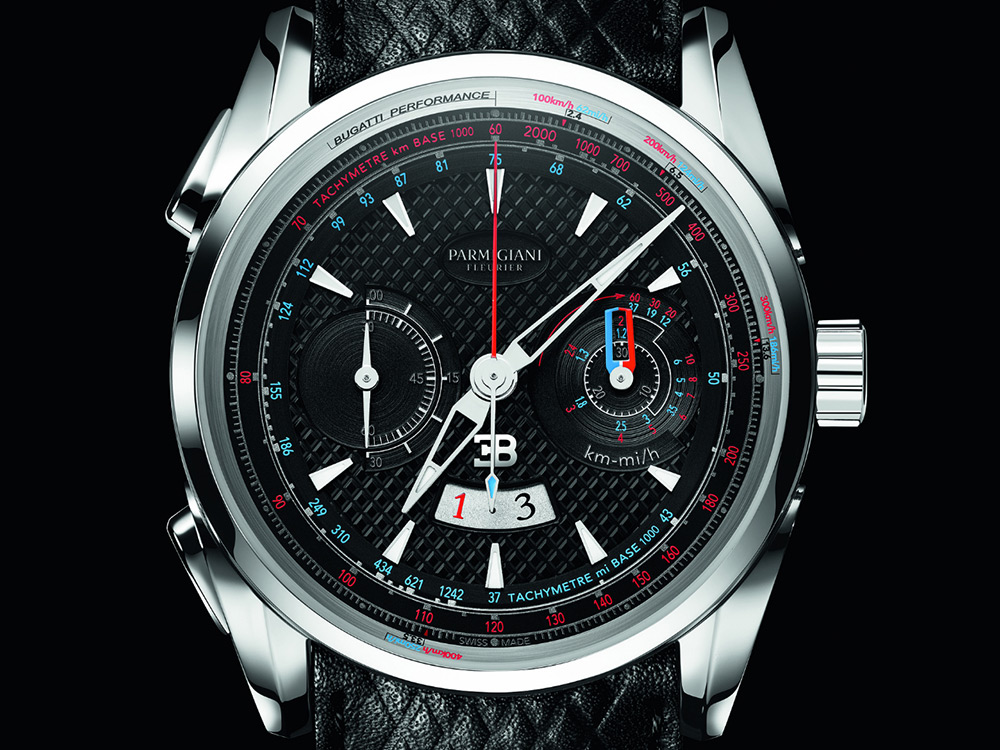 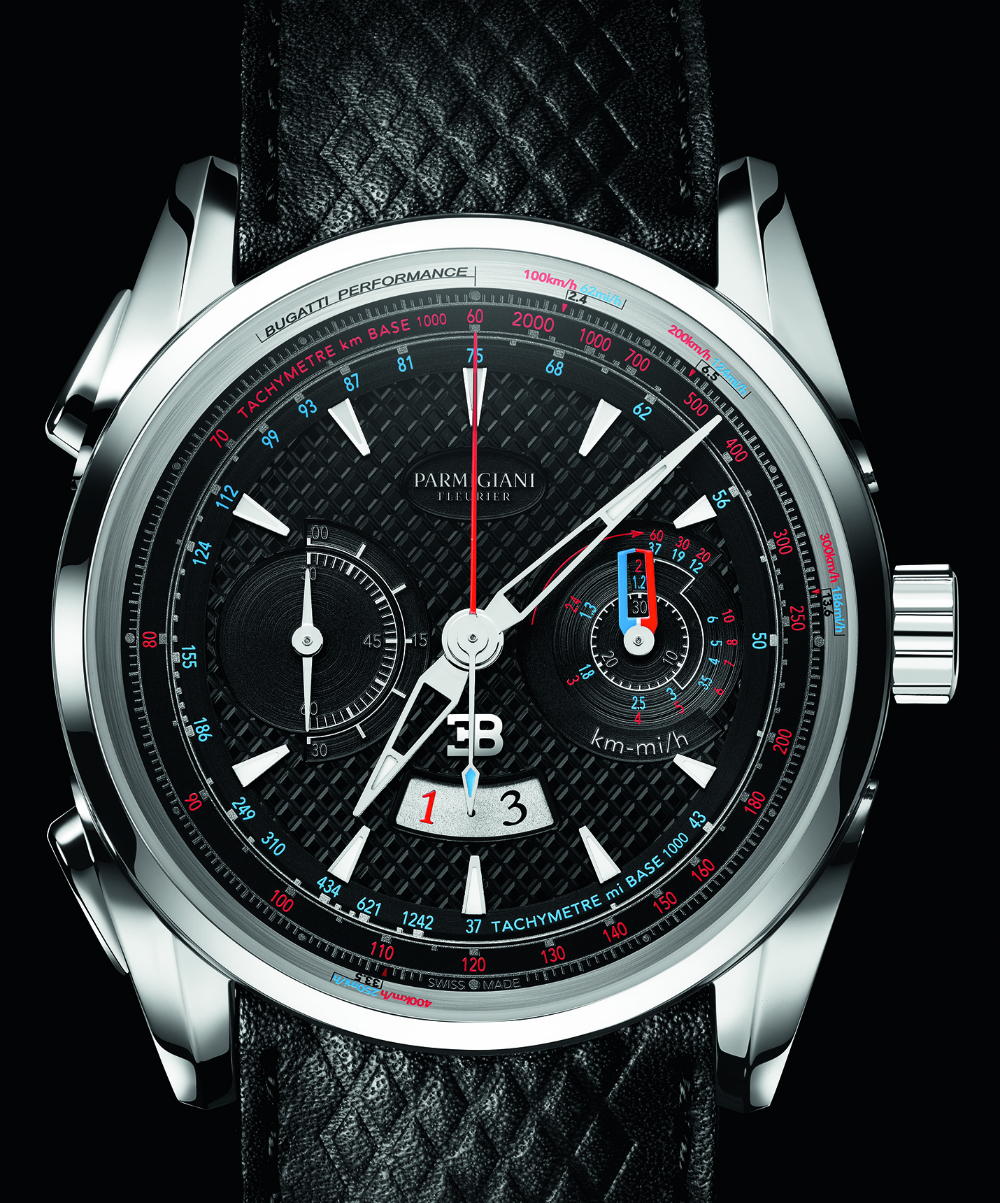 Back in 2014, we saw the Parmigiani Bugatti Aerolithe watch, and it was an eminently wearable (and relatively affordable) watch born from the partnership between the watch manufacturer and the automaker. Here’s a more typically super-exclusive watch that you’d see come out of such a partnership, if you’re not familiar. It was a great-looking flyback chronograph aimed at the watch collector looking for a sporty, versatile piece from a high-end, boutique brand. Now, with the release of the Parmigiani Bugatti Aerolithe Performance Titanium watch, we have a more refined model that focuses on the rich and textured dial created by techniques only achievable through use of laser technology. There are probably more than a couple of people curious about the how Bugatti influenced this watch, which was specifically through the design of the (flammable) 1935 Bugatti Type 57 Aerolithe which Ariel explained quite nicely here. 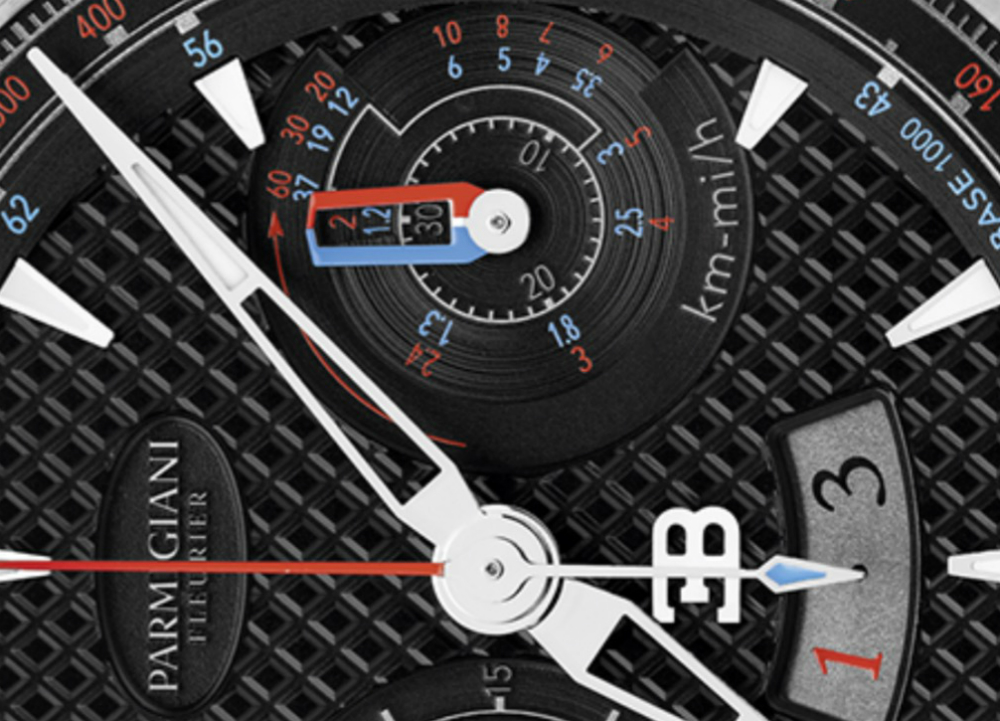 It was during the development of the Parmigiani Senfine Concept watch which focused on the watch movement, that the team learned techniques that could be applied to more aesthetic elements. Here, that technique is the basic use of lasers in creating finishes. Before you guys get frustrated: yes, this is a release article where I can’t possibly judge the absolute success or failure of these techniques in the sense that they make a huge difference to someone who gets their loupe out and gazes at the dial. That being said, I look forward to the hands-on images as much as you do. 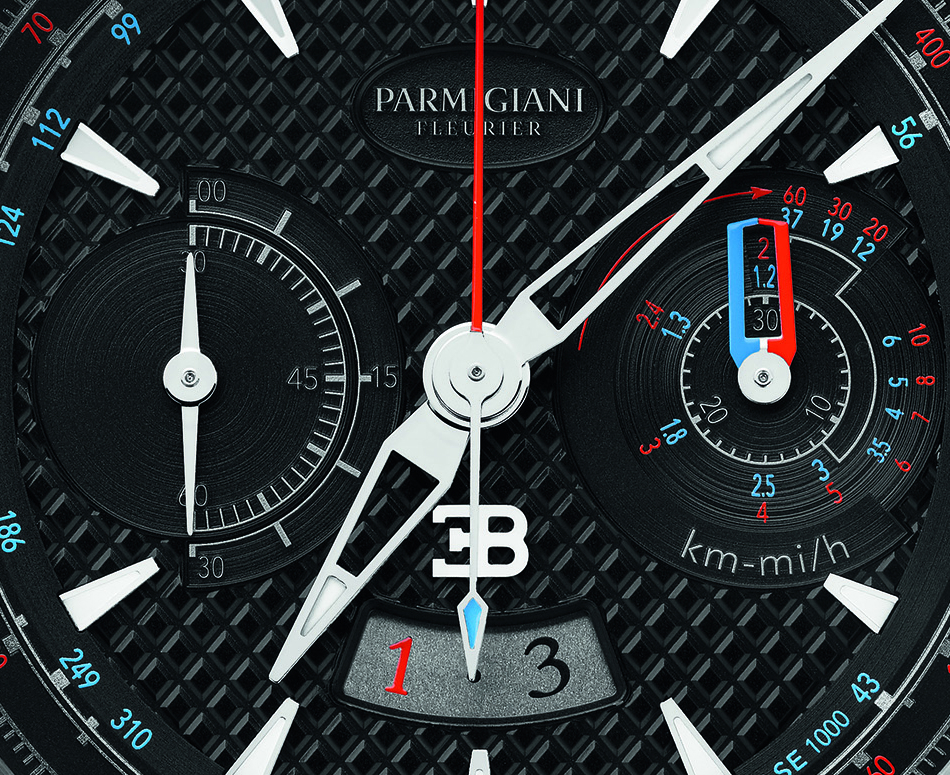 The dial of the watch has a diamond-shaped, textured pattern in which the ends of the diamonds are polished in order to create a richer even more textured look. According to Parmigiani, this technique is impossible without the use of said laser technology. The exterior of the dial is also “selectively laser sand blasted” to further enrichen the textural aesthetic. The subdials at 3 and 9 o’clock have tiny angular satin grain finishes, and the recesses of these require this use of lasers to create, as well. Again, all well and good in theory, and I look forward to a real in-person analysis. 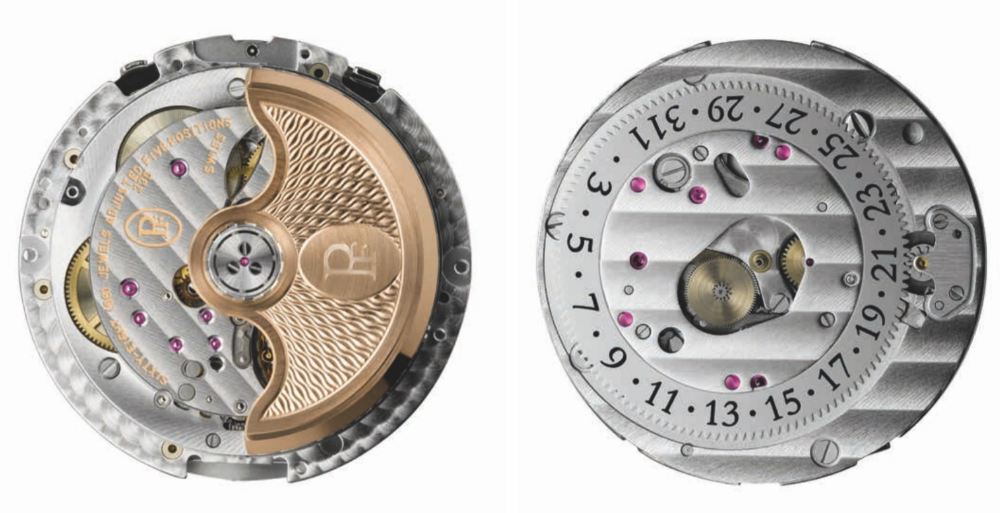 As for the movement, the Parmigiani Bugatti Aerolithe Performance Titanium uses the same in-house-made automatic Parmigiani Calibre PF 335 movement. It’s a 30.3mm-wide and 6.81mm-thick caliber that operates at 28,800vph and has a 50-hour power reserve. The movement is made of 311 components and has 68 jewels. It should be said that while the movement is technically the same, they have refined the engraving on the rotor. 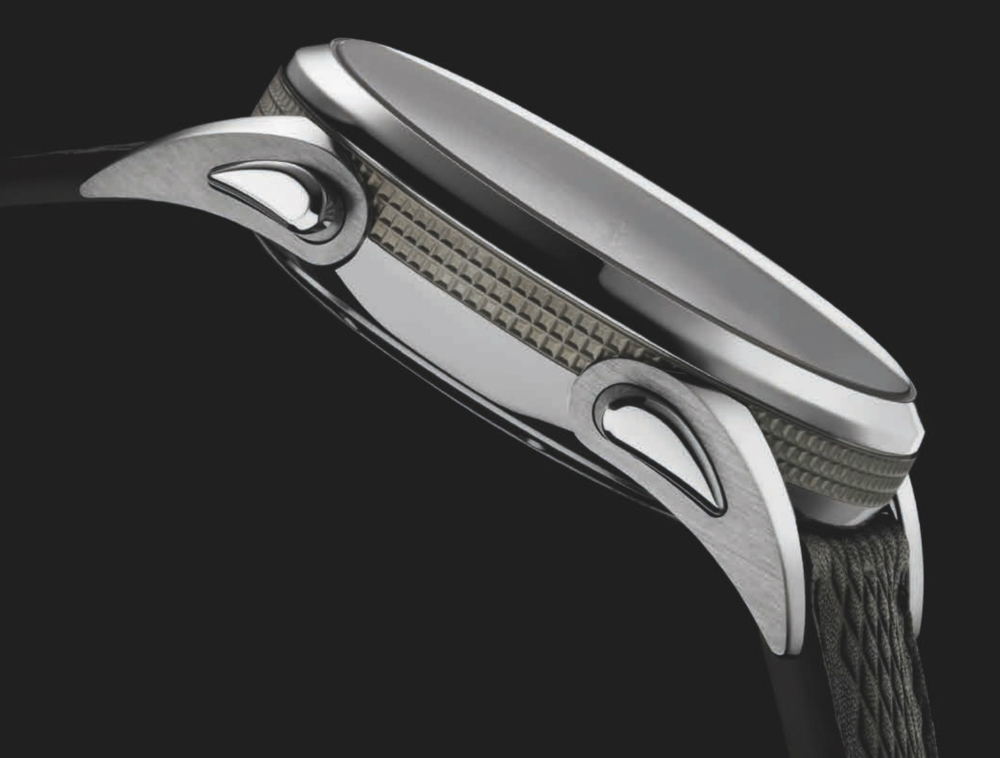 The watch case is 41mm wide and 12.7mm thick, and comes on a black calfskin leather strap. Parmigiani has always been a “self-selective” brand with a relatively high bar when it comes to cost as well as buyer knowledge and sophistication. That being said, I think the Bugatti Aerolithe is one of their most widely accessible watches that can have a broad appeal. The bar for cost remains, though, with a price for the Parmigiani Bugatti Aerolithe Performance Titanium of $22,900. parmigiani.com