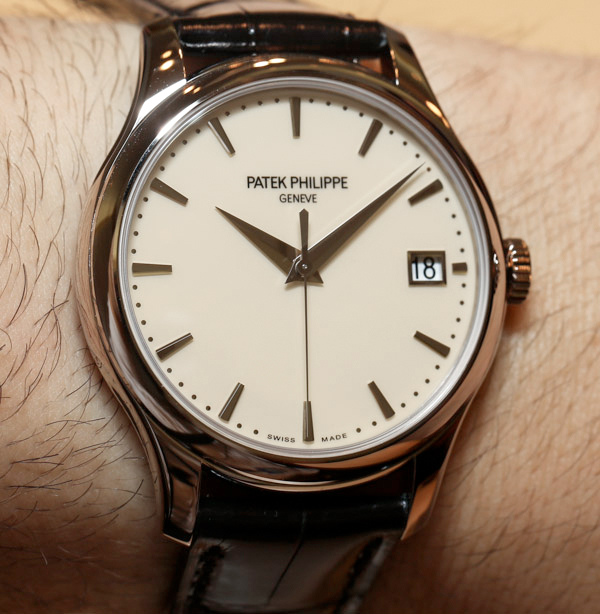 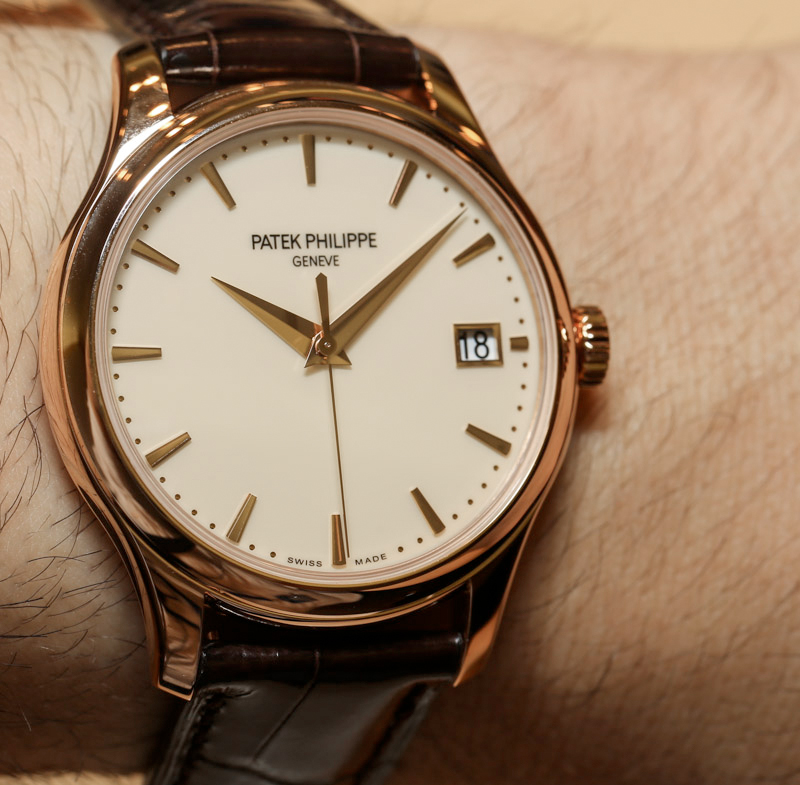 When I hear the name “Calatrava” I think of Patek Philippe, and when I think about Patek Philippe I think about tradition. Tradition in the sense of a watch meaning a lot of things. It usually implies timeless design, and often a retention of values that your father or grandfather would have probably recognized. Traditional watches are a cornerstone of the luxury watch industry. They are safe bets for wearing or investing. Depending on your mood they feel boring or amazing, and the best ones are always beautiful no matter whether you feel like wearing them or not.

Now I say all this for a reason. That reason is to explain exactly why the Patek Philippe Calatrava is not just another dress watch. It is one of “the” dress watches whose long history does not need to be repeated by me. Others more knowledgeable about its lifespan are better suited to that. So what’s new about the Calatrava Ref. 5227 (5227G)? First, and rather important, is the size increase to 39mm wide. Finally a Calatrava big enough for more people. That isn’t to say that the smaller versions aren’t nice, but there is something very good to be said about this model at 39mm wide (which in most other circumstances would be small). I guess it all depends on the perspective. 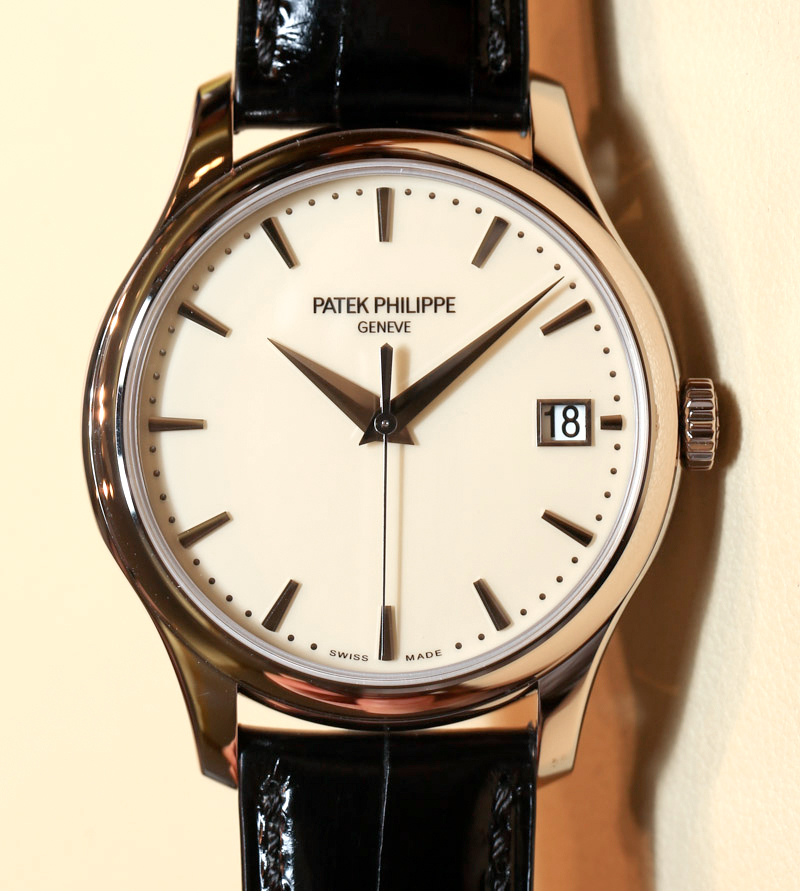 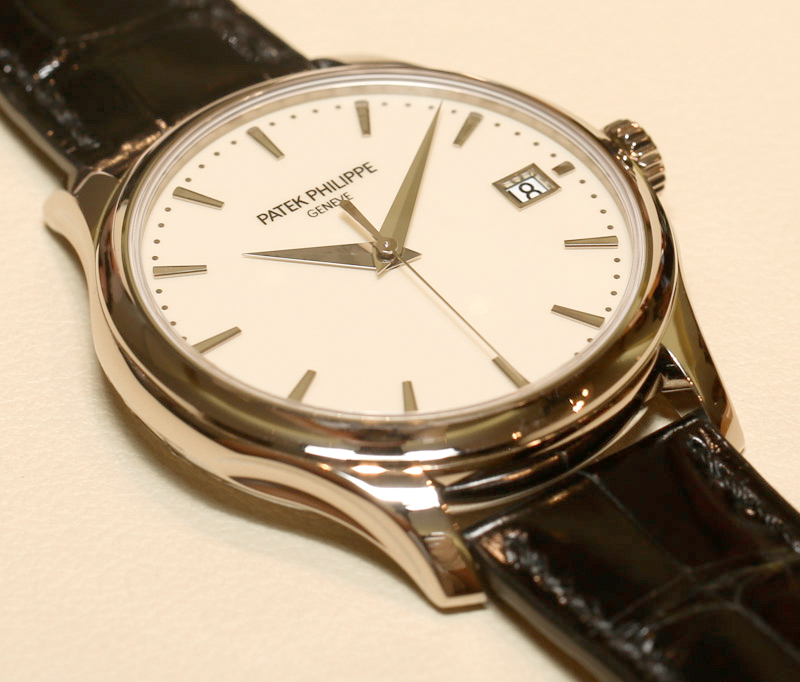 Patek knows that the core design of this watch has been copied many times. Even by high-end competitors. So why buy the Calatrava? There are reasons above and beyond the Patek Philippe name on the dial. A good reason is the movement and the detailing. Oh, and there is the new caseback. Patek Philippe apparently spent a few years developing and perfecting an “invisible” hinged case back for the 5227.

Hinged case backs are vestiges from pocket watches designed to protect movements. On a Patek Philippe wristwatch, they are about style, and offering a place for personalization on a watch as well as retaining the ability to view the movement. You should like Patek Philippe for the movement so it is worth being able to see it. 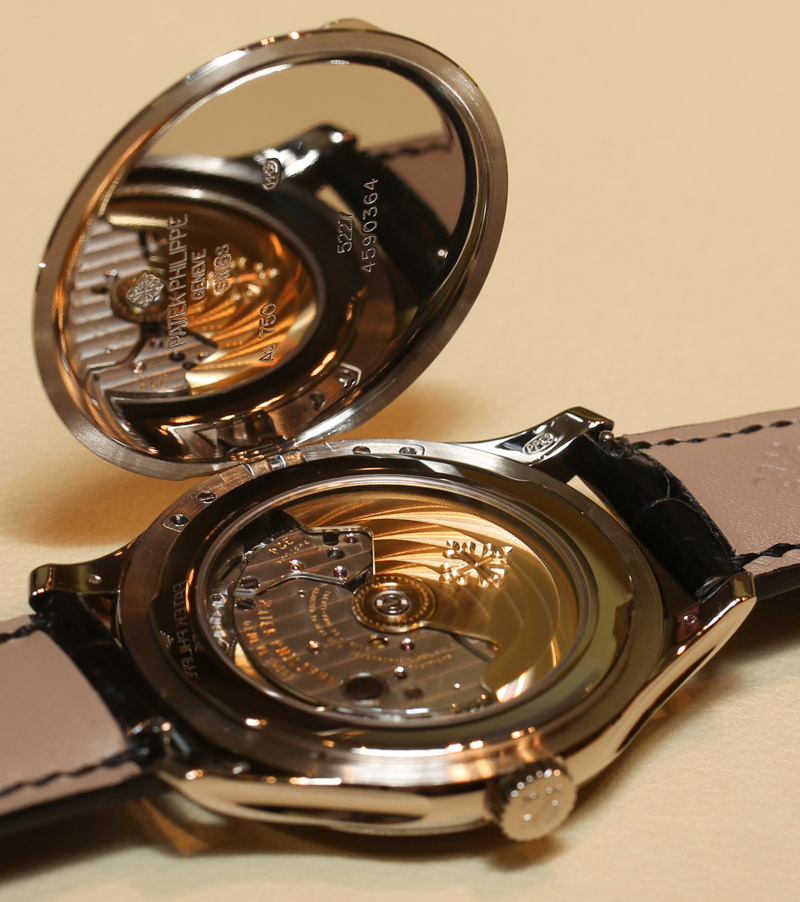 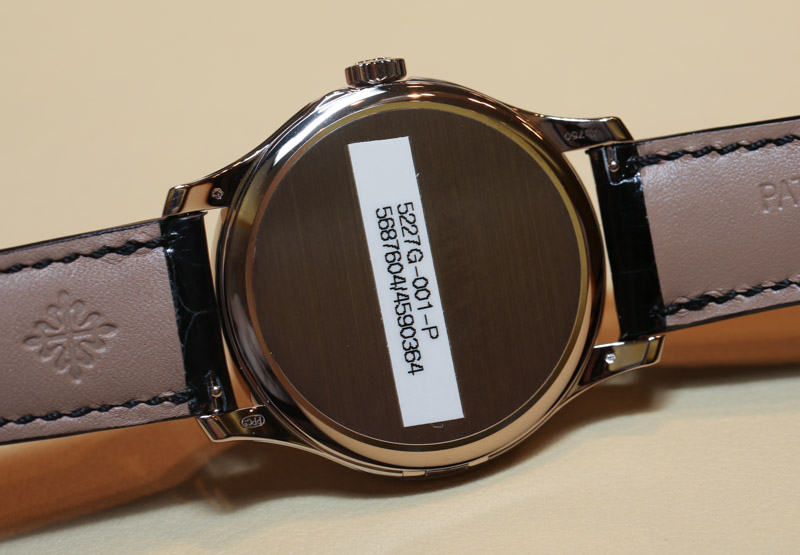 Having said that, it is also nice to look at a clean gold case back, pop it open and then look at the movement and perhaps a little message on the inner caseback that you had Patek Philippe engrave to yourself like “look at you mister!” Patek Philippe is proud of the fact that when the case back is closed, it is virtually invisible from the sides – and that includes the hinge and the notch to open it. All in all, it is a pretty elegant system and a nice addition to round-out an otherwise great watch.

Key to the look of this Calatrava dial are the sharp dauphine hands. In 18k gold, they work pleasantly with the applied 18k gold hour markers and small minute indicators. A framed date window takes this watch into daily wear territory. No matter the case material, the dial of the ref. 5227 is a cream color lacquer. 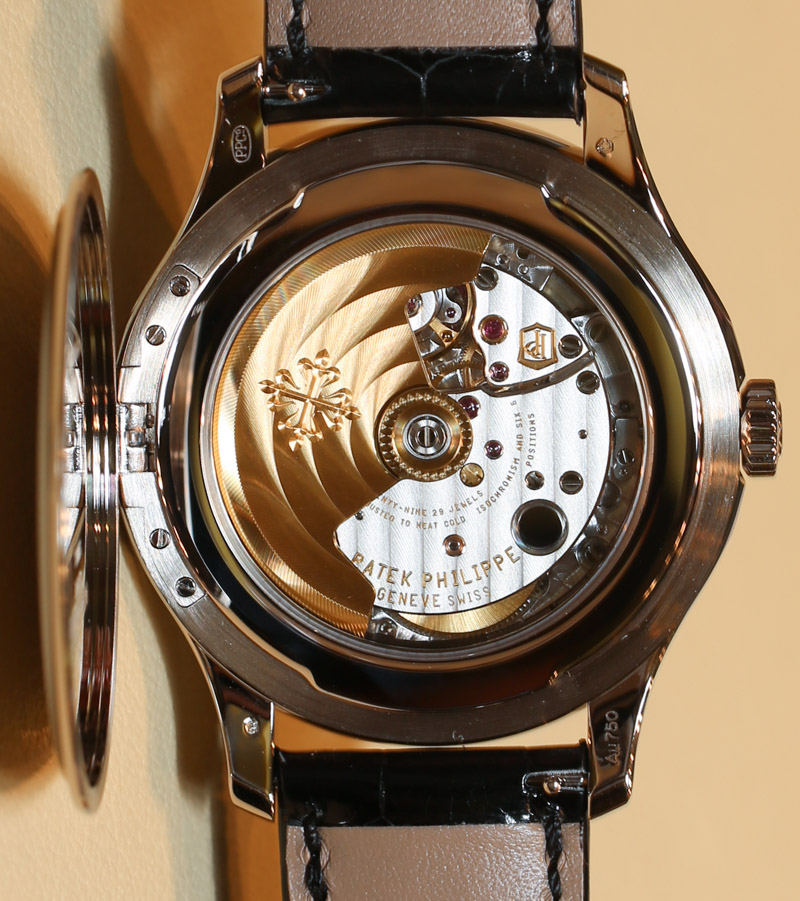 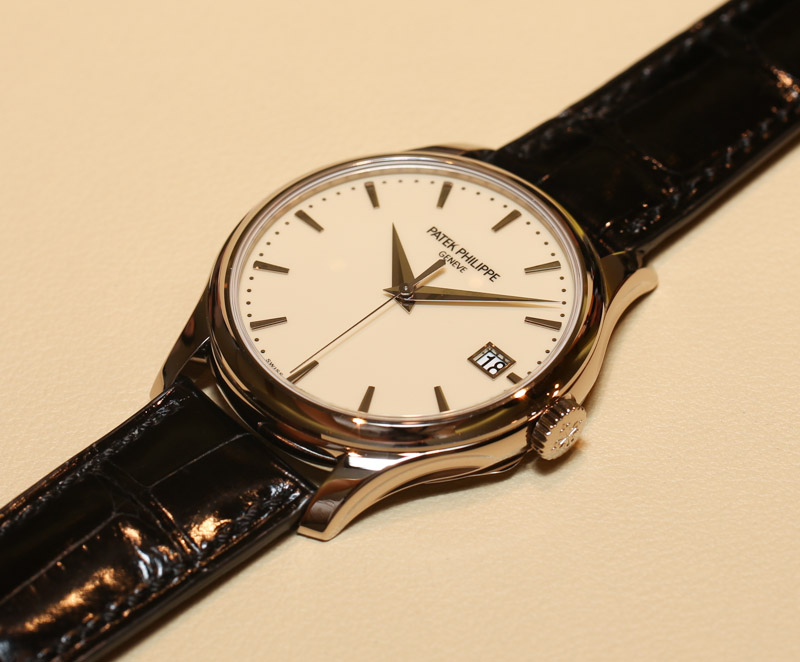 Patek Philippe will offer the Ref. 5227 in an either 18k white, rose, or yellow gold cases. Attached to the watch is a brown alligator strap and yes, it is rather comfortable. So let’s talk tech; inside the ref. 5227 is a Patek Philippe in-house made caliber 324 S C automatic movement. You have to understand that with a date complication and automatic winding, Patek Philippe intends for this watch to be not a once-in-a-while piece, but something you wear regularly. The 213 parts movement has a power reserve of about two days and includes some of Patek Philippe’s more modern features such as their Gyromax balance wheel and their Spiromax hairspring that is made of Silinvar. That represents the trio of high performance elements you probably want in a modern Patek Philippe. Kudos to Patek Philippe for actually communicating the average rate results of the 324 S C movement right in the press release (this is an extremely rare move for watch brands). Running at 4Hz, Patek claims a very impressive average rate of plus 3 to minus 2 seconds a day (according to their own rather rigorous testing). Bravo on that Mr. Stern. 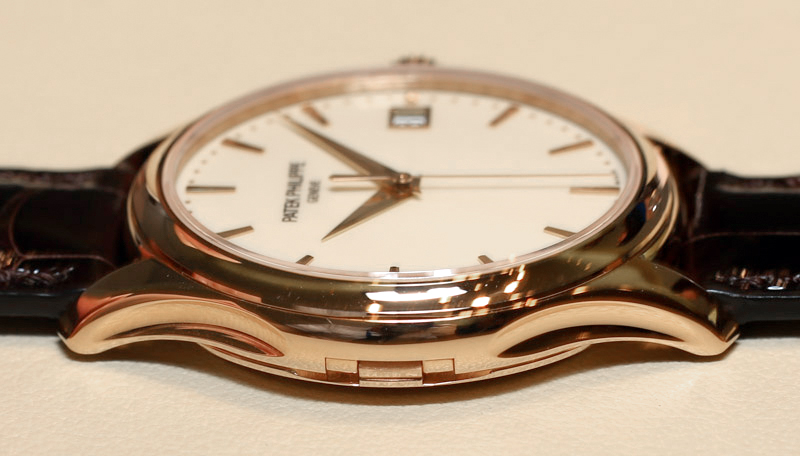 No doubt that I am not typically a traditional watch lover but the gestalt of what Calatrava Ref. 5227 is what really appeals to me. If you want a clean looking classy Patek Philippe without more complicated calendar features or a chronograph, this just might be your new best bet. Price for the Patek Philippe 5227 is about $35,400 in 18k yellow gold and about $37,300 in 18k white or rose gold. patek.com