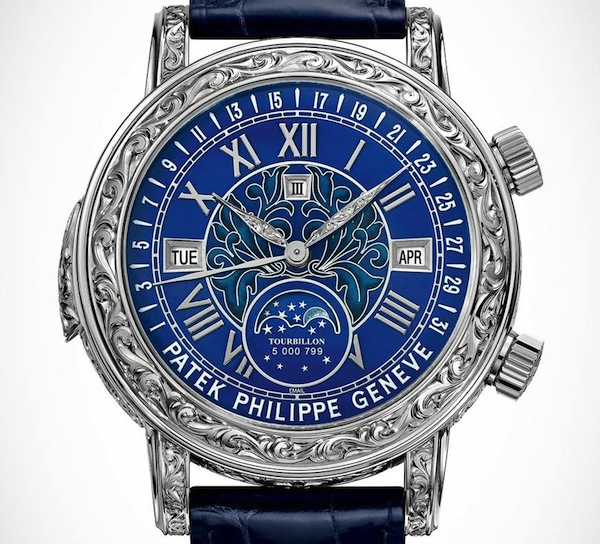 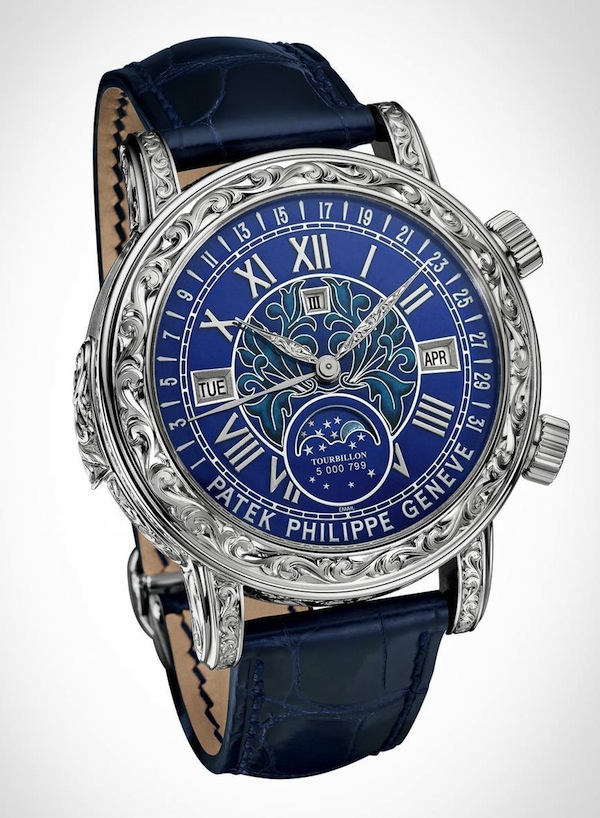 The case is executed in 18k white gold and measures 43.5 x 18mm, which is large but understandable given the movement within. One of the main elements of this new design is the case engraving which requires over 100 hours of careful attention to complete. Think about that, literally two and a half weeks of work to carve this case from a large chunk of white gold. The intricate design requires a true artist and even extends to the minute repeater lever and to the crowns, where the engraving helps to relay information on winding direction and crown function. The effect, while rather baroque, has some truly beautiful details and certainly provides the 6002 a distinctively different appeal when compared to the technically similar ref 5002. 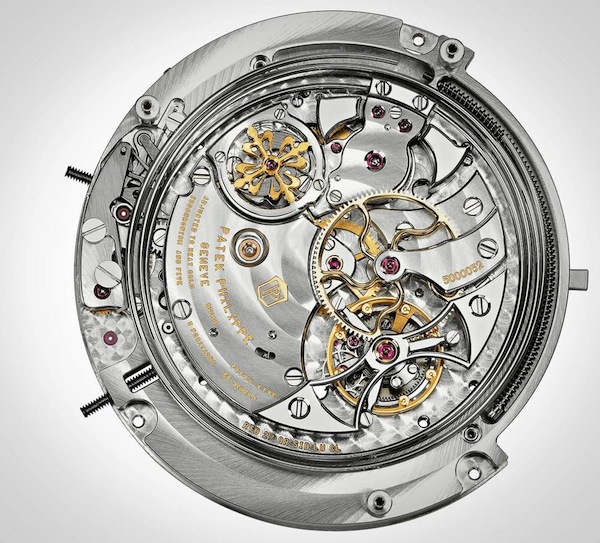 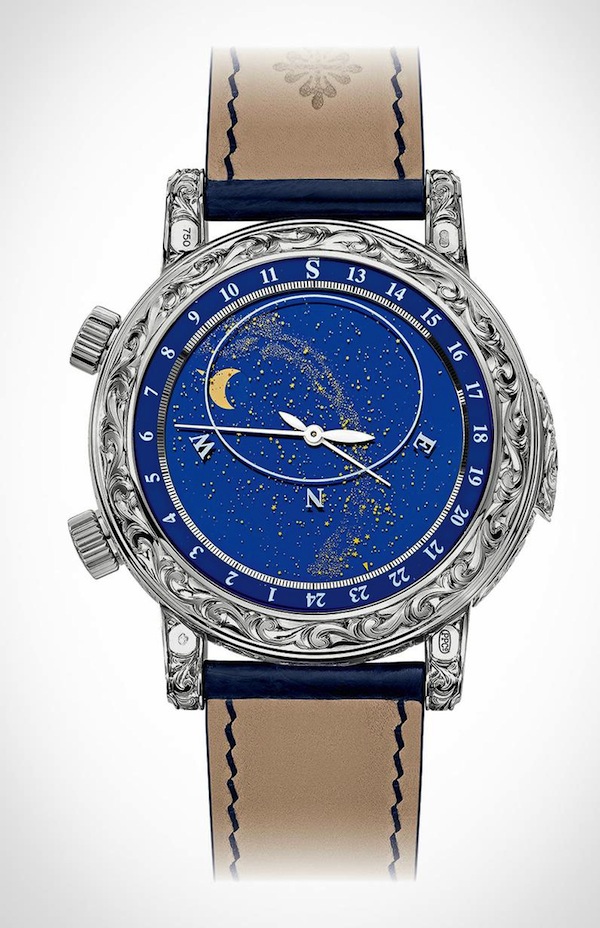 The 6002 Sky Moon Tourbillon employs the same calibre R TO 27 QR SID LU CL that was used in the ref 5002. This is a hand wound movement that is comprised of an astounding 686 parts and has a power reserve of 48 hours. The thirteen complications are displayed via both the front and rear dials. In the front you will find the time, a minute repeater with two cathedral gongs, a tourbillon, a perpetual calendar display and a moon phase display. The 5002 was slightly different up front as the 6002 drops the use of retrograde hands for much of the perpetual calendar display, opting instead to use a more traditional application of three apertures on the dial. This is a welcome change that makes the 6002 easier to read and opens up the dial for a better view of its enamel artistry. In the rear you will find an illustration of the northern sky that is adorned with a sidereal time display and an indication for both the angular progression and the phases of the moon. 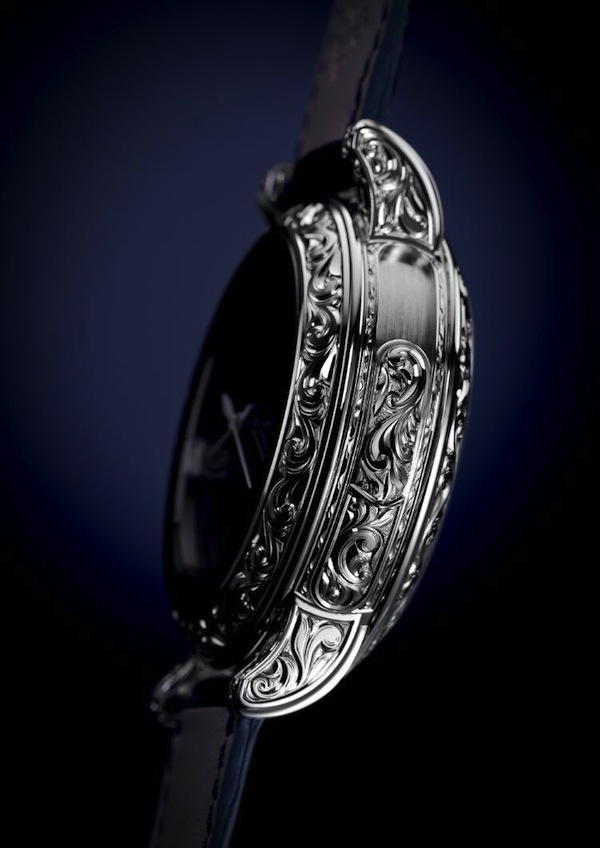 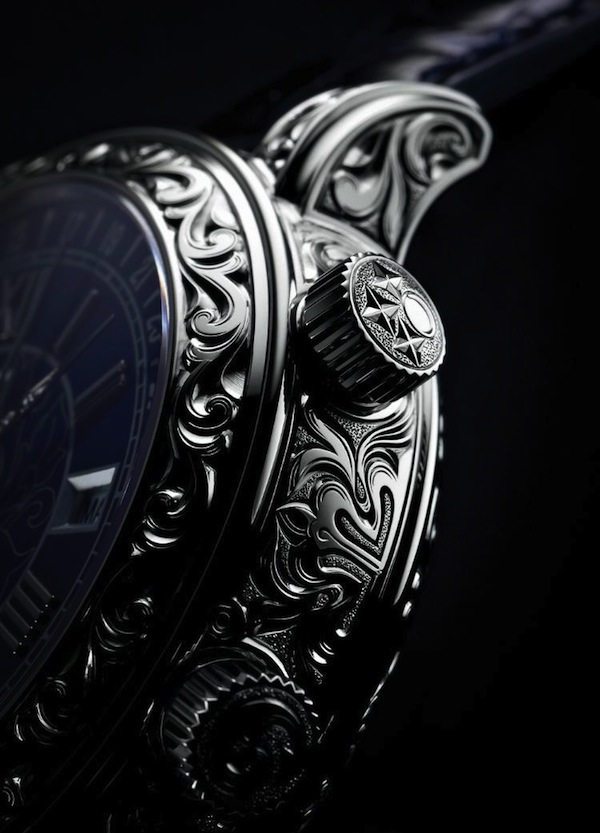 Along with the extravagant case engraving, the 6002 Sky Moon Tourbillon boasts some truly amazing dial work. The base of the dial is made from gold that functions like a tray for both champlevé and cloisonné enameling, two different styles of enamel work that require a high degree of skill and a great deal of patience. The center of the dial features the cloisonné styling with the outer dial relying on the champlevé for all of the blue-colored elements. The hour markers are white gold and are inlaid over the enamel work and the shade of blue used for the dial is nothing short of stunning. While I am far from an expert in enameling techniques, I can appreciate the final product and the way in which the two different styles compliment each other. The rear dial also features intricately detailed enamel work to portray the northern sky and in the display for the moon phase. 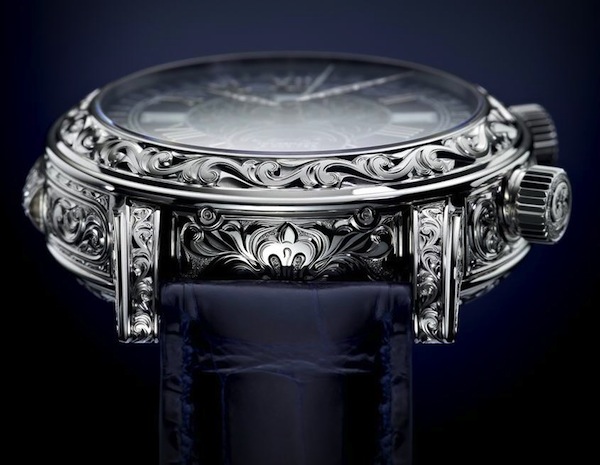 While far too much watch for my wrist, I can appreciate the passion that inspires a watch like the 6002 Sky Moon Tourbillon. The many craftsman arts that are exemplified in the execution of a watch like this make it as much a collaborative design project as it is a physical watch that someone might actually wear. For my tastes, it seems too blingy for a Patek and certainly lacks the reserved and gentlemanly appeal that I would normally associate with the brand. That said, the 6002 will only be made in seriously limited quantities (the 5002 was limited to just two units per year) and it will likely cost in excess of 1.5 million dollars, which generally guarantees there will be more opinions than owners. While the design might be polarizing, it’s a Patek Philippe and it’s supremely complicated, so I doubt they’ll have any trouble selling each and every unit they produce.