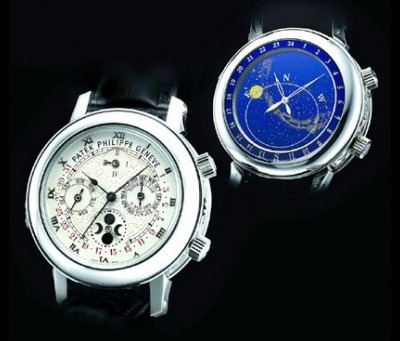 The Patek Philippe Sky Moon Tourbillon Watch is one of the most famous names in the modern Patek Philippe watch catalog. The over $1 million watch is rare, beautiful, and exotic even by Patek Philippe standards. One of the watches just set a record fetching $1.2 million at auction, by far the highest any watch has gone for at auction in this economy.

One of the things I love is the relief engraved sides of the watch that display stylized Patek Philippe Calatrava Crosses – very nice. So why does everyone want a piece of the Sky Moon Tourbillon? Well aside from it being a very complex Patek Philippe watch, it is also very pretty, and have two faces. One of the rare doubles sided watches that can actually pull the look off. The watch came available in gold or platinum, with a bit of a premium for an already premium watch for the latter. What is amazing to me is that the watch is still relatively new having been released in the last few years that you can get watch still in the retail sense. There are prices I saw online for up to $1.7 million dollars. The watches aren’t selling for that much, but it goes to show that retailers have the balls to ask for these high prices. 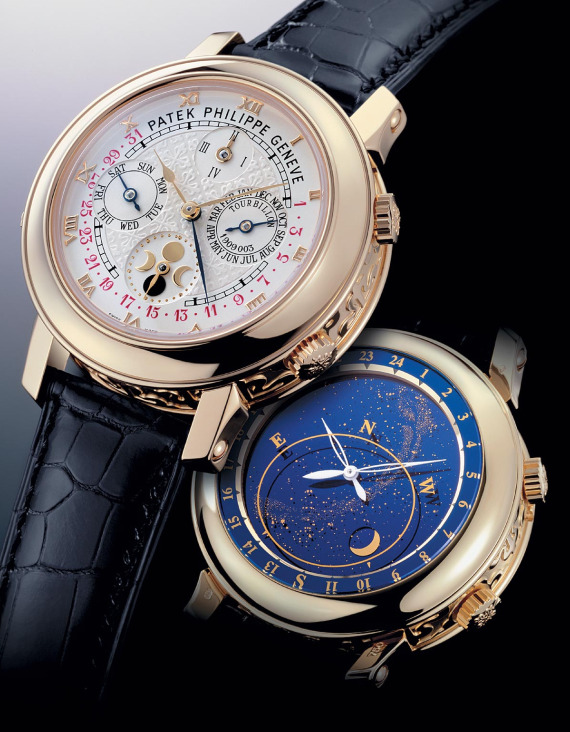 The platinum version is reference 5002P, while the yellow gold version is 5002J. The case is 42.8mm wide and pretty thick. The front of the watch (I guess that is relative) has the time, perpetual calendar with retrograde date, and moonphase. The tourbillon is hidden in the movement just like Patek Philippe likes it. There is also a minute repeater function that is activated on the side of the case. The other side of the case has some interesting indicators. It has the sidereal time, normal time, sky chart, and the phase and orbit of the moon. Most of these indications aren’t useful to most people, but the dial is awesome to look at in the deep blue and gold used for the stars. The movement powering all this is the in-house Patek Philippe Caliber R TO 27 QR SID LU CL. Yes, that is actually the name. All that describes the complications that the manually wound movement has. Also, and this is unexpected, the watches are C.O.S.C Chronometer certified. So what are these timepieces gonna cost you? Well negotiations start at about $1.2 – $1.3 million depending on the case material. I am sure that you can talk the dealer down at least a hundred grand or so!

See the Patek Philippe Sky Moon Tourbillon watch in yellow gold here, and in platinum here, both on James List.