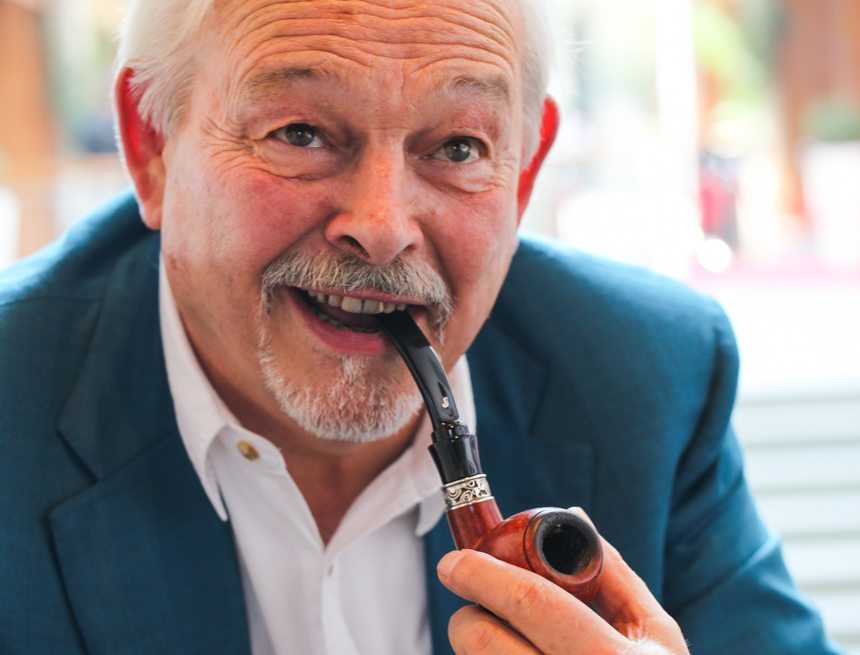 Why Philippe Dufour Is Disappointed With Today’s Watchmakers 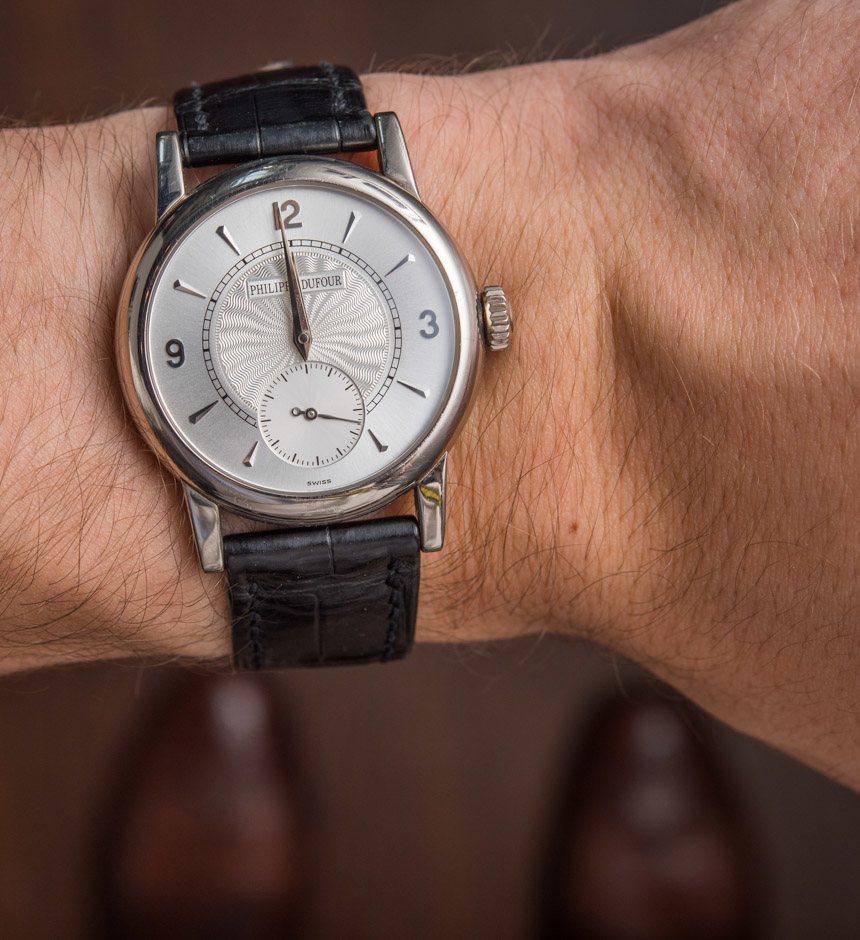 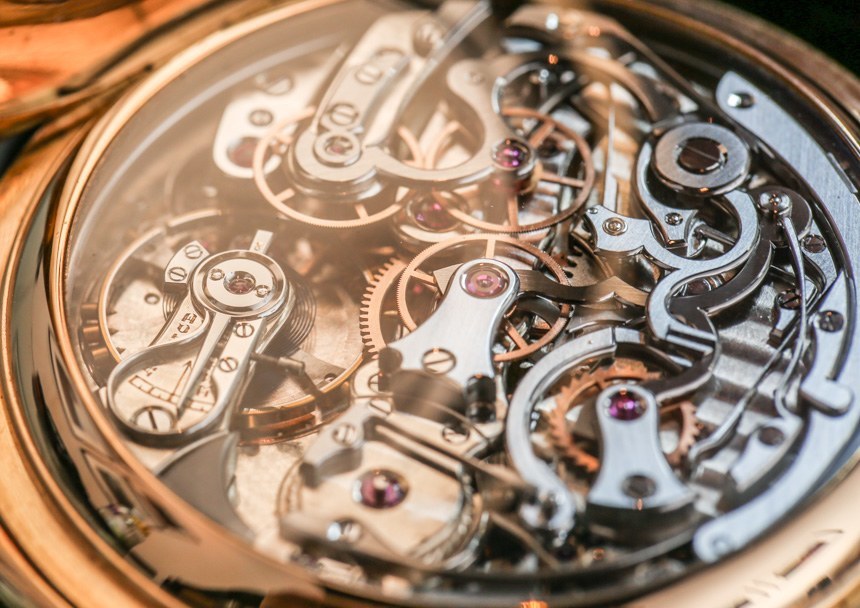 Philippe Dufour also isn’t happy with many of the big watch brands. He thinks there are far too many watches being produced – and some of the top minds in the watch industry totally agree with that position. His major complaint is that engineers and technicians aren’t running watch companies anymore, but rather, finance and marketing people are. He reminds us that no one needs watches, but what sells watches is the soul each mechanical device is able to embody. That soul comes from making watches by hand and inserting some of the watchmaker themselves into the watches. Hand-finishing is often so valued because by simple observation, the trained eye can easily distinguish it from machine finishing. 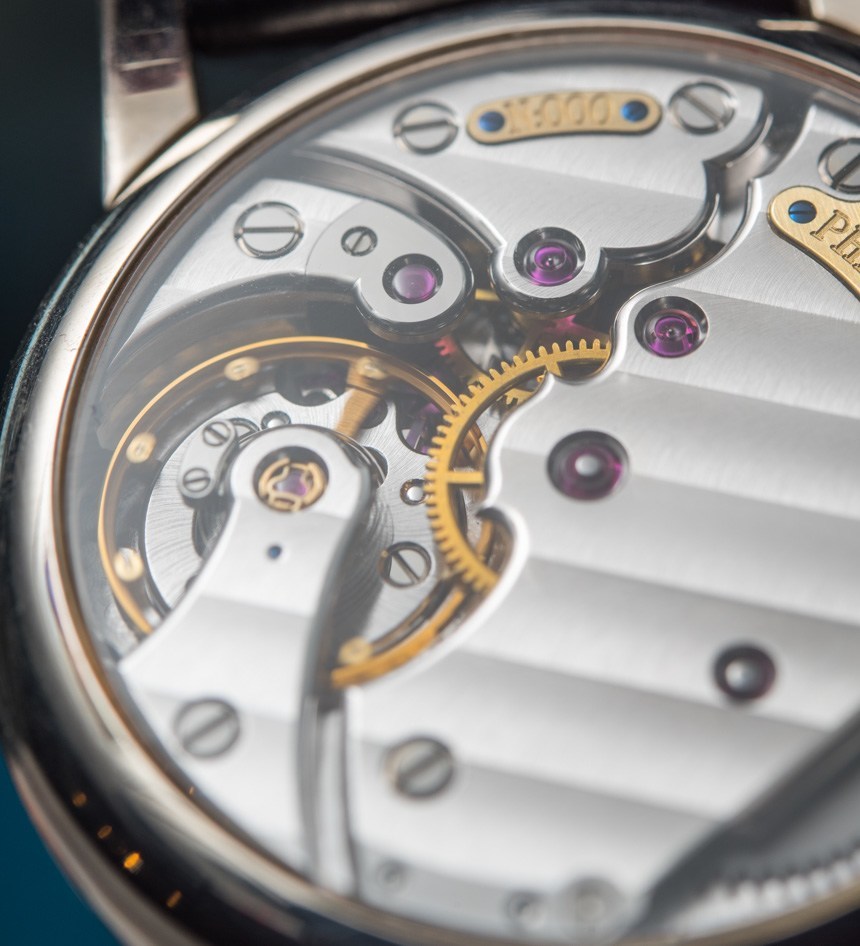 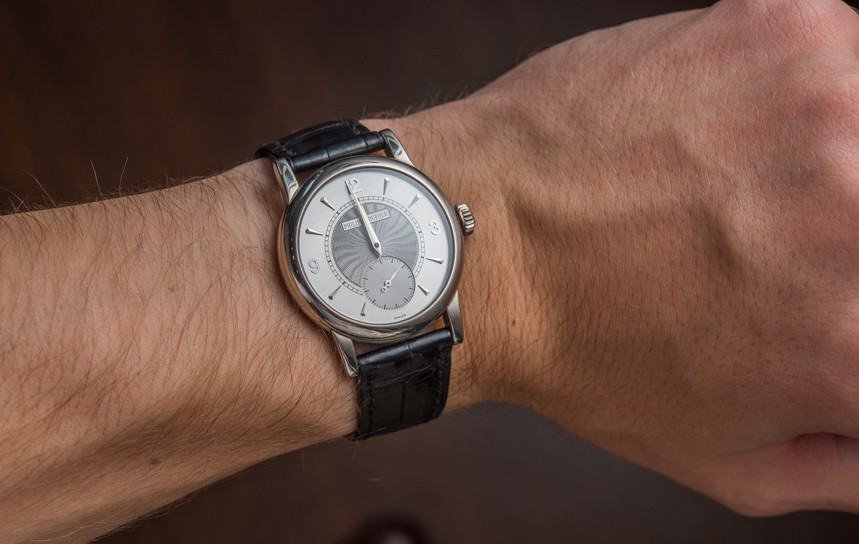 One of the most honorable things about Philippe Dufour is his utter lack of protectionism. He’s exchanged techniques and lessons with the master watch makers at Seiko in Japan who produce Grand Seiko and Credor timepieces. Dufour is incredibly impressed with their work and shares a story on how he helped Seiko discover a local plant similar to one in Switzerland that Dufour uses as part of the finishing process. Dufour warns the “too-comfortable” Swiss watch industry that they are no longer the clear winners of watches. He gives considerable weight to the work done by the Germans, Japanese, and even the Chinese. 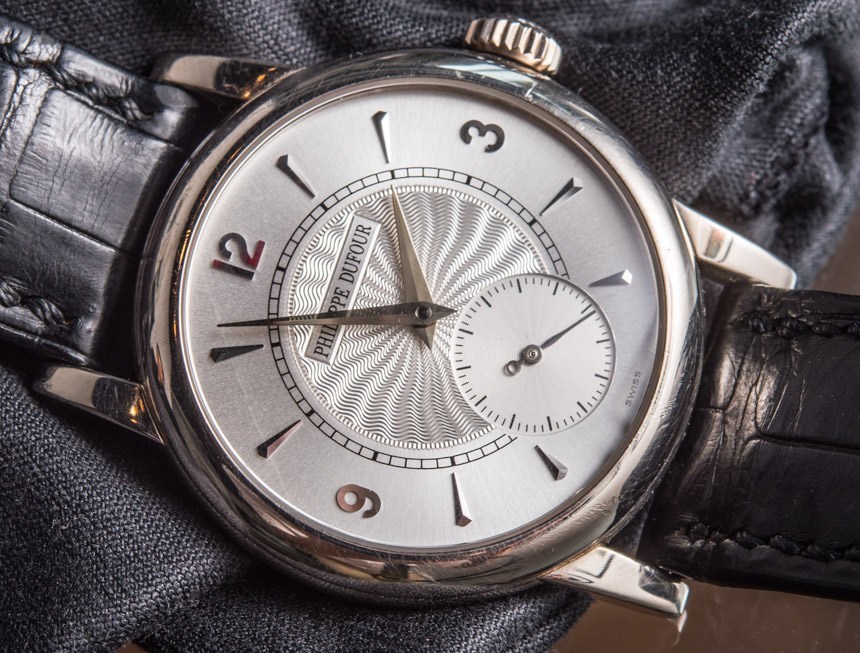 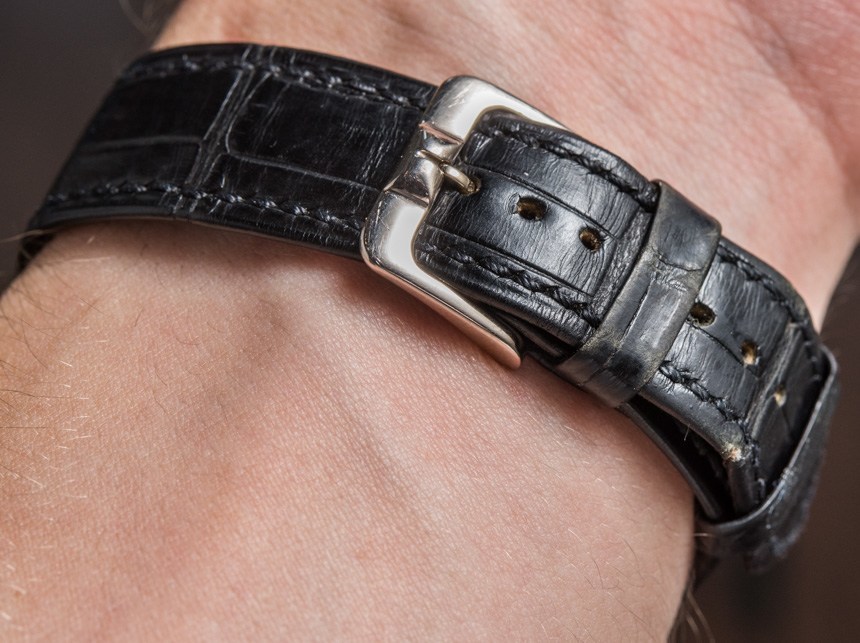 Switzerland’s claim to the crown of watchmaking king has been debated for a while now, and even though Dufour is thoroughly Swiss himself, he would prefer the title to go to the party with the most merit. What I like about Philippe is the sense of fairness he brings to the table when it comes to the craft of watchmaking. He produces his famed Philippe Dufour Simplicity in 34mm-wide and 37mm-wide cases not because he prefers smaller watches, but because their aesthetics would utterly change in a larger case unless he was to make a larger movement to support larger hands. Dufour would love to create new movements if time were available. One of his dream projects is to create a chronograph. 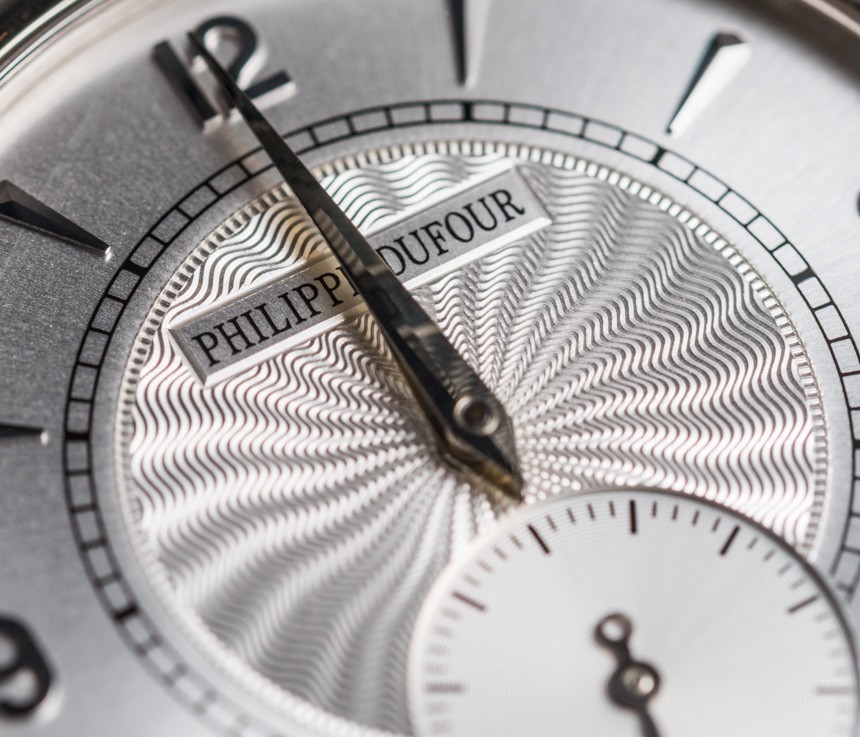 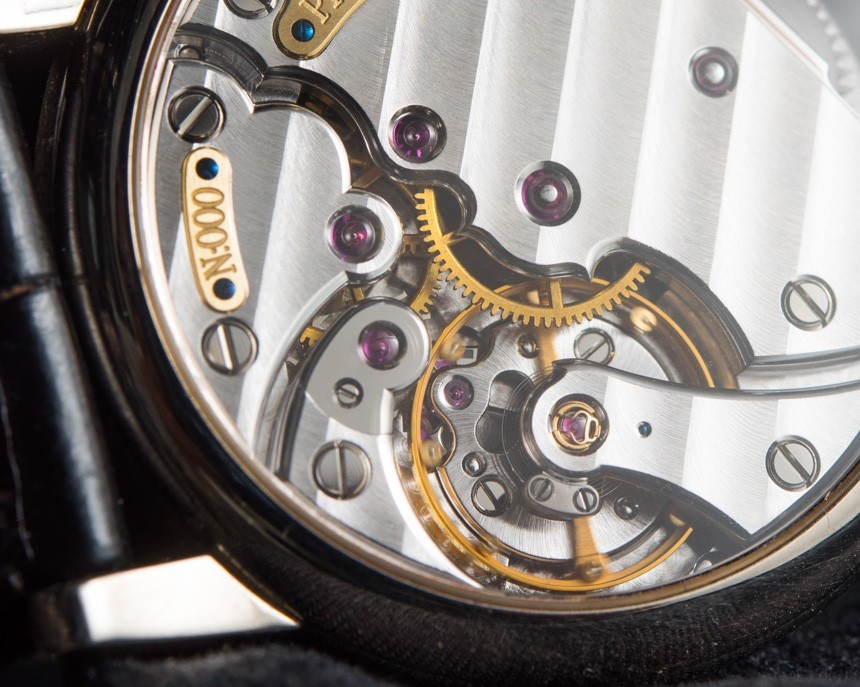 What Philippe Dufour is the most appreciative of are the people around the world who can appreciate his work. Sure, those collectors are also his livelihood, but more realistically, he has a group of individuals around the world who he can speak to about his craft. There are no games or smoke and mirrors with Mr. Dufour. There is only a man doing his best to create the watches he feels the world needs. 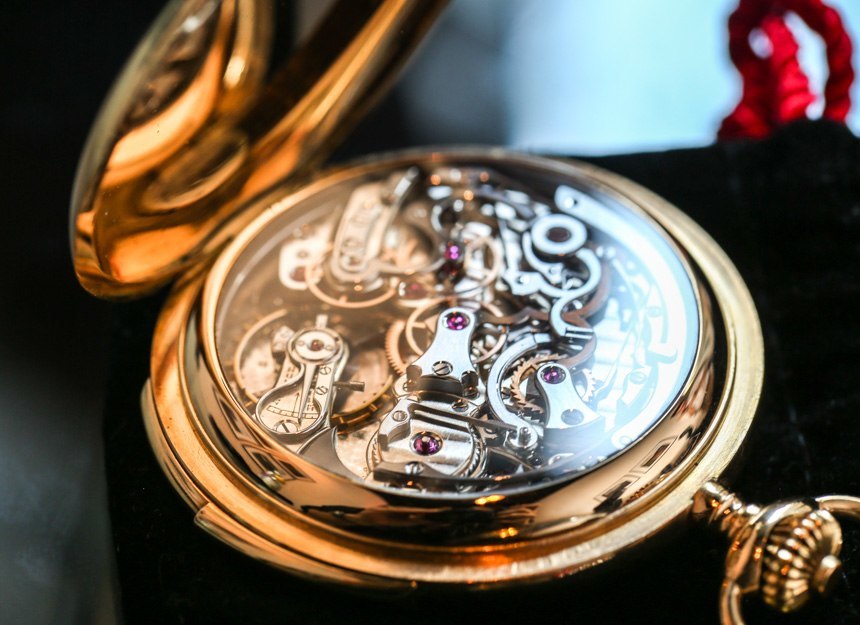 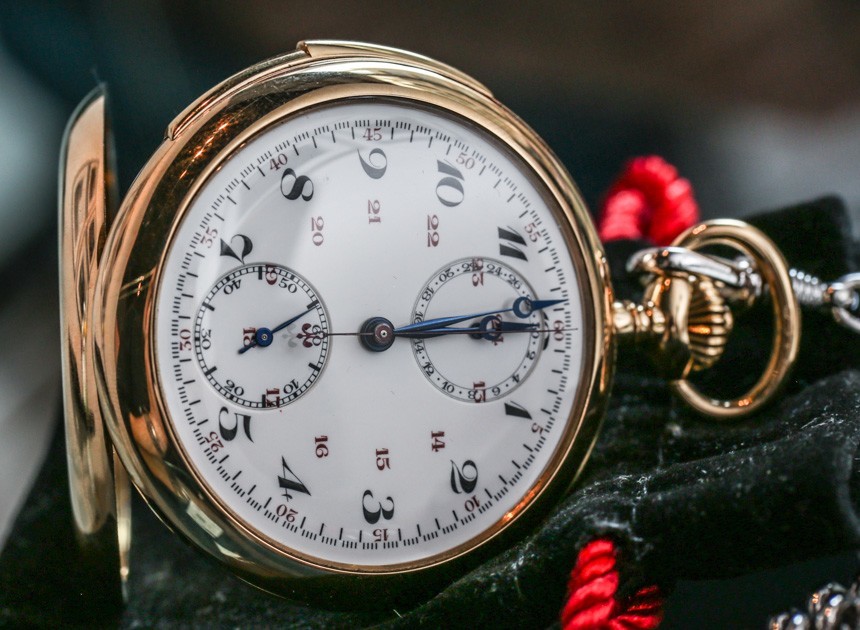 I asked Mr. Dufour if he collects anything personally outside of the world of watches. Sometimes he still buys vintage pocket watches and restores them. He shows me a pocket watch with a minute repeater chronograph movement that he restored himself and it even has the original dial. The thing looked like it could have been made yesterday. Mr. Dufour’s genius is really just a keen eye for details and the perseverance to do what it takes to make something look as good as possible. If anything, that is the formula to why his timepieces are so heavily desired – and yes, he does care greatly about the accuracy and performance of his watches. He was pleased to hear when one customer reported to him that his Philippe Dufour Simplicity watch was only off by seven seconds per month. 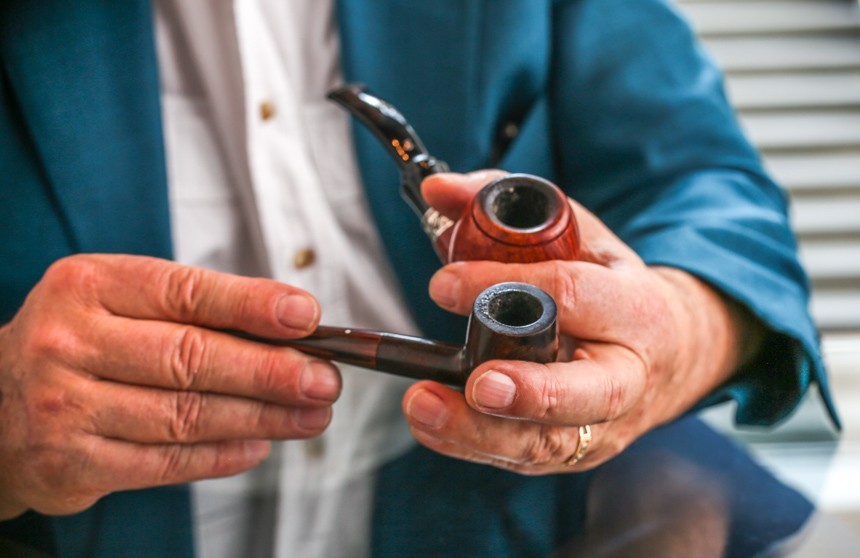 Mr. Dufour also has hundreds of pipes. A pipe tobacco smoker for most of his adult life, Philippe is rarely without two pipes in his pocket, and his collection is apparently vast. He speaks about the materials and wood used to make pipes just as if he were talking about watch movement and case metals. So in addition to timepieces, it is probably interesting to many people that Philippe Dufour is also a pipe aficionado – something else that, like traditional watch making, is a small but passionate world of artisans. 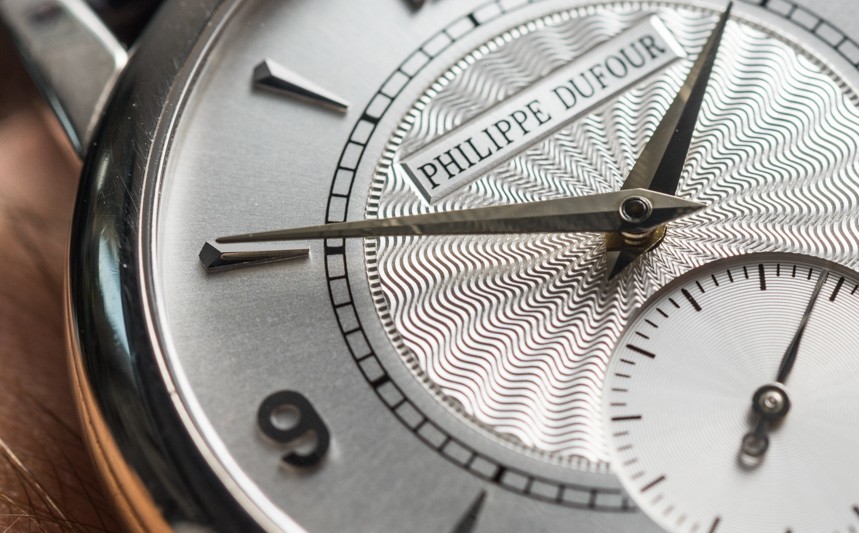 Philippe Dufour is easily one of the most interesting watch makers today because he is both highly skilled and open with his knowledge. If there is anyone more deserving of a true apprentice in the watch industry, then I don’t know who it is… so long as apprentice candidates can demonstrate that they have what it takes.