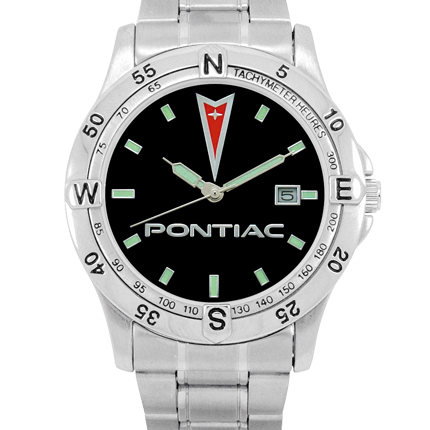 I don’t know when Pontiac watches died, but they did. They were not an American brand, but as brands come and go, Pontiac went the way of the Dodo a long time ago. GM recently announced that Pontiac will shut down. The over 80 year old division of General Motors has had better times of course, but are we really losing much with the elimination of this automobile brand? The last important Pontiac car was probably the late 1960’s GTO line, but that was just because it looked cool – since then it has been dog after derivative dog. The only good recent Pontiac cars were just re-branded Australian Holden cars. While still technically GM cars, Holden had no connection to the chronically dysfunctional American design and engineering side of things.

This article is mostly my mention of Pontiac’s death, but of course you can see images of the Pontiac watches – just needed to make the timepiece connection! Going back to the cars, I’ve always had a distinct sense of distaste for the ugly autos. I used to wonder to myself, why would anyone buy a Pontiac car? I mean really, what was the appeal? Was it because they were cheap? The last 20 years saw so many hideous cars, that were probably equally garish to drive. I recall reading a review of a Pontiac in a British car magazine that was not nearly as polite as the writing in Car & Driver or Motor Trend. In fact, the review more or less said “there is no reason why anyone should ever have to buy this car.” Still people bought them, as they did many other GM cars with next to no enthusiast value. 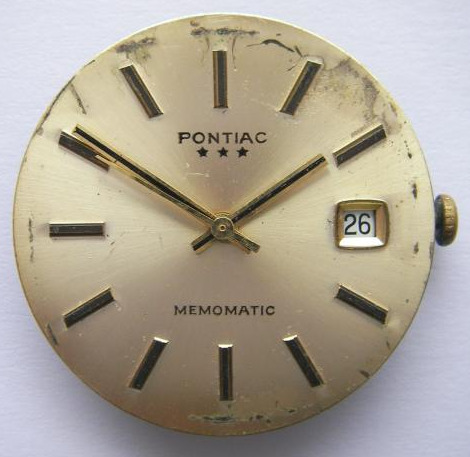 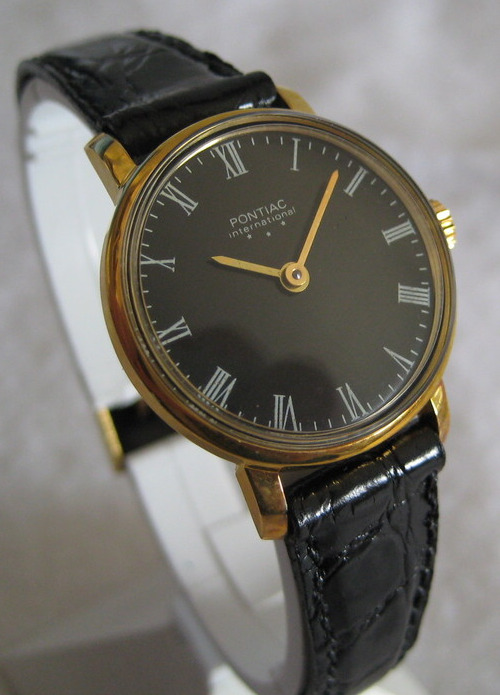 Just look at these two images, first is one of Pontiac’s most horrid trends, the “plastic body cladding,” that parasitically attached itself to possibly savable designs. You can see body the body cladding on this forgettabley fugly Pontiac Grand Am. Then you’ll be reminded of Pontiac’s most infamous eye sore, the Aztek. Oh man, what were they thinking? This utter abomination of taste and tact actually found a handful of buyers who perhaps had a sympathetic weakness for a design that only a blind driver could love.

Pontiac watches on the other hand were not that bad looking, and who knows why they died out. This is of course to be distinguished from mere craptastic watches with the Pontiac car logo or name on it, I threw one on there as well. Nothing says “I have no idea what I am wearing” like a chronograph-less watch with a tachymeter scale. Especially one that says “tachymeter heures,” which makes no sense at all. Though it is about as logical as some of the things coming out of the ill-fated watch maker over its troubled last 30 years. 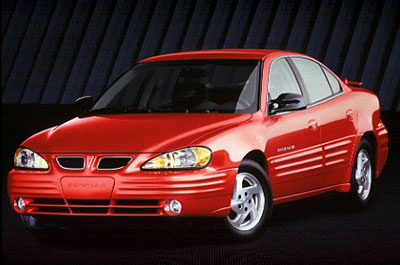 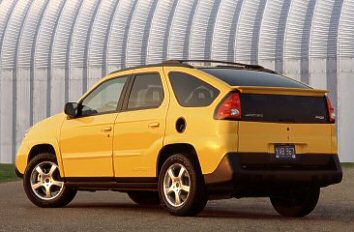 Still in times of countless company shutdowns, I can’t help but be a bit sad. Almost everyday now I hear about more and more watch companies laying off people, with a few that will inevitably shut altogether. It is sad to have those easy targets you like to abuse go away all together. Loss is always sad, and I have to admit nothing is reassuring about any company having to close down. Perhaps in the future, when the economy is better, the Pontiac car brand will raise from the dead like Jason in all those Halloween horror movies.