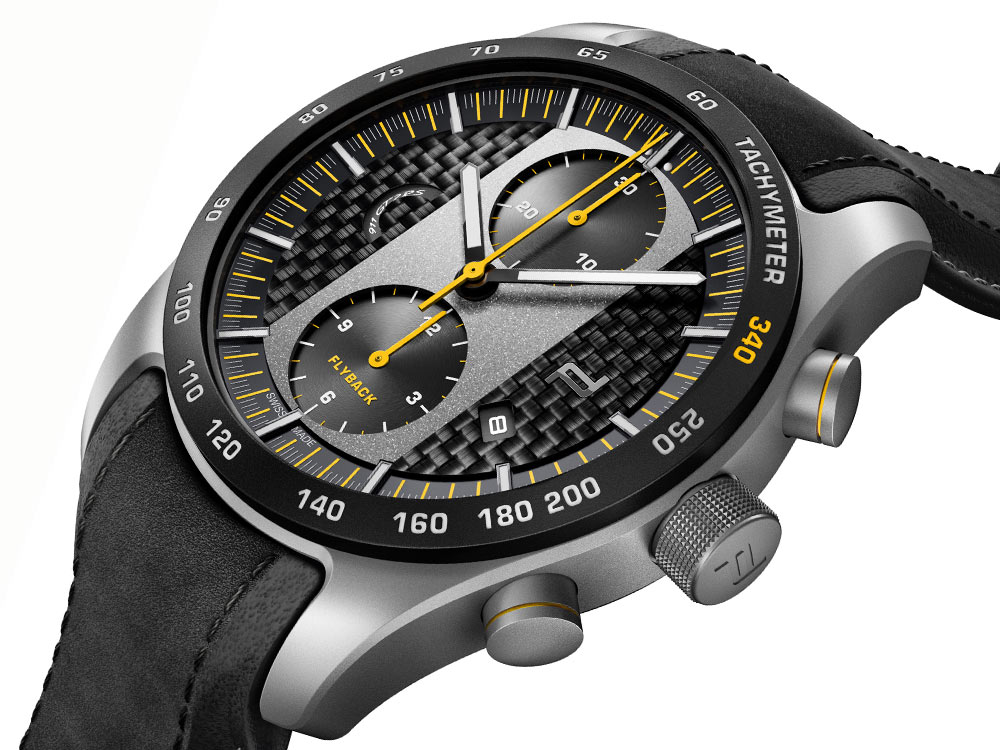 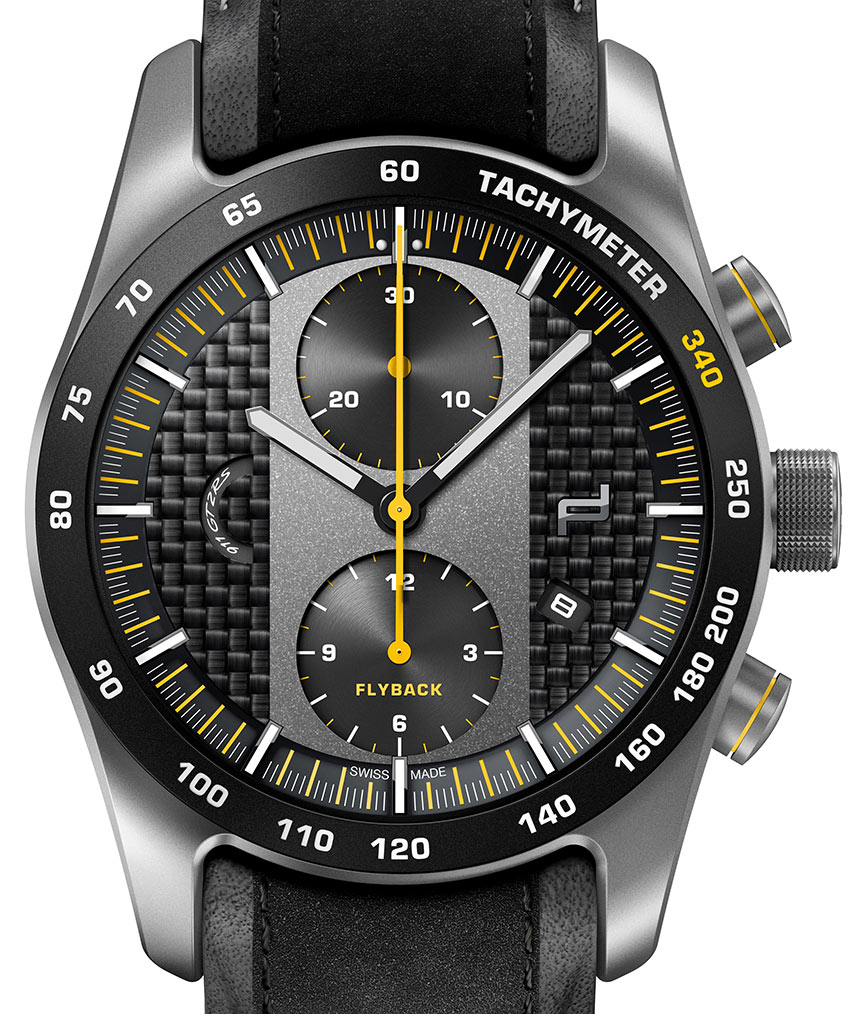 If you are a car nut, you would have probably heard a lot from Porsche lately – not to mention the Porsche 911 Turbo S Exclusive Series coupe and the Porsche Design Chronograph 911 Turbo S Exclusive Series watch to go along with it that we recently brought you news of. But in addition, Porsche has also built a millionth Porsche 911 car and also announced its fastest 911 yet, the new 911 GT RS. And the Porsche Design Chronograph 911 GT2 RS watch that naturally complements the sports car shares a lot of design elements and the exclusivity concept of the 911 Turbo S car-and-watch pair. 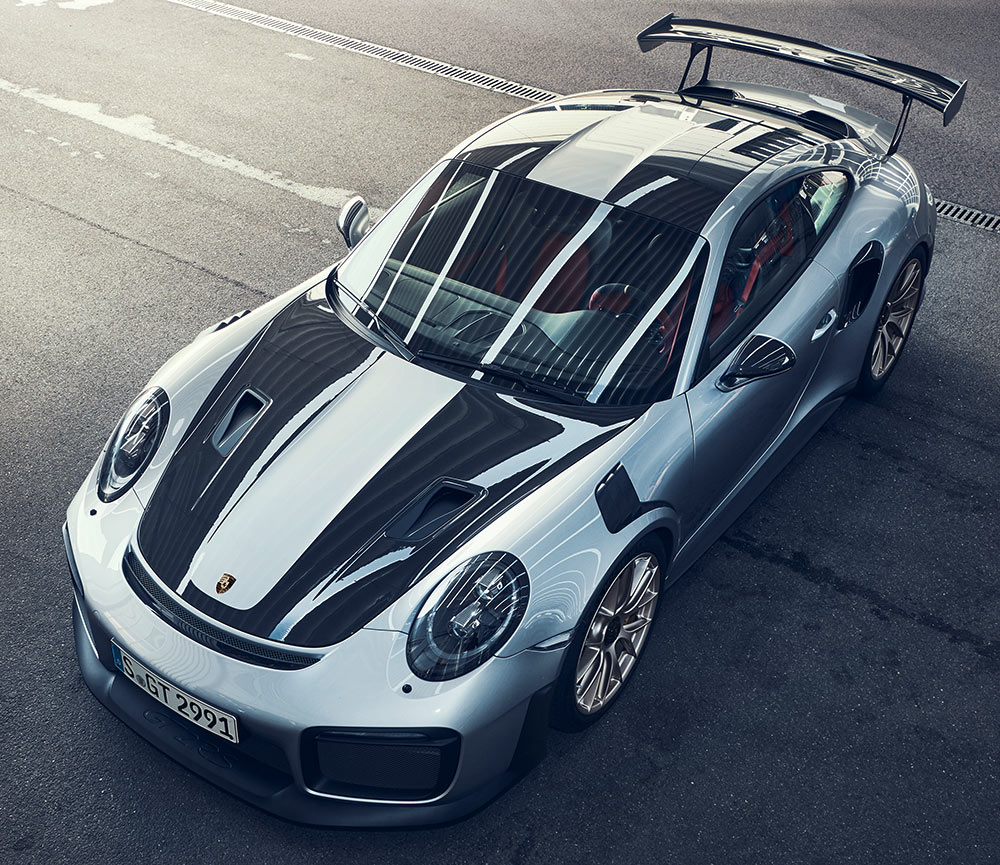 Porsche and car enthusiasts will probably know a bit about the 911 GT2 RS by now. But for readers who don’t, it is necessary to expound on the car a little so that you know why it is notable. The Porsche 911 lineup is one of the most confusing to understand, but the important thing to know is that the new 911 GT2 RS reigns supreme among all other 911s. It has always been the most powerful 911 and this new 911 GT2 RS is no different. 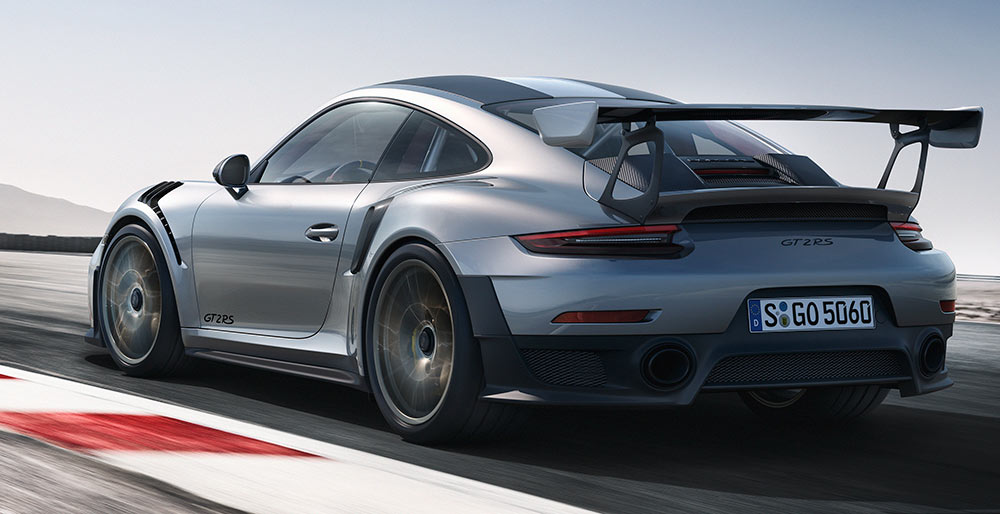 Power comes from a 3.8-liter flat-six with twin turbochargers, giving it a total power output of 700hp and 553 lb-ft of torque. Acceleration of 0-60mph is dealt with in just 2.8 seconds and the 911 GT2 RS will do 211mph flat out. It is easily the king of all 911s. To mark this special new car, Porsche Design has also introduced a new watch called the Chronograph 911 GT2 RS. 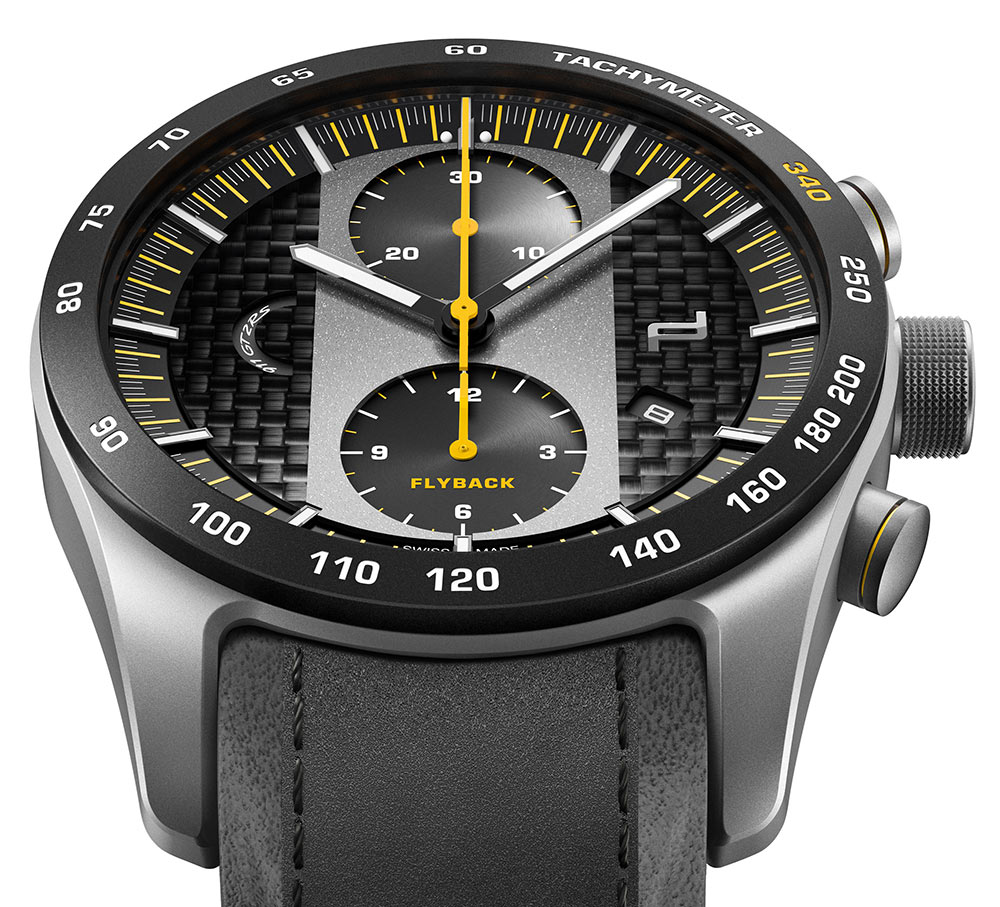 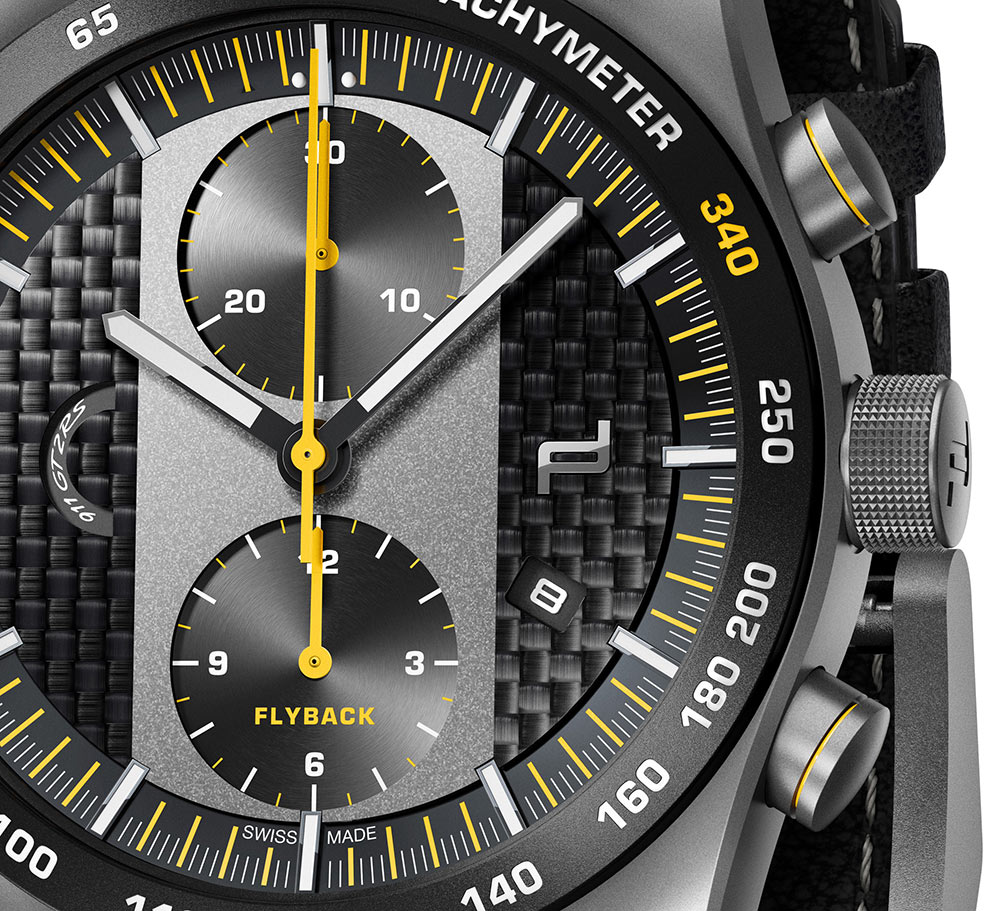 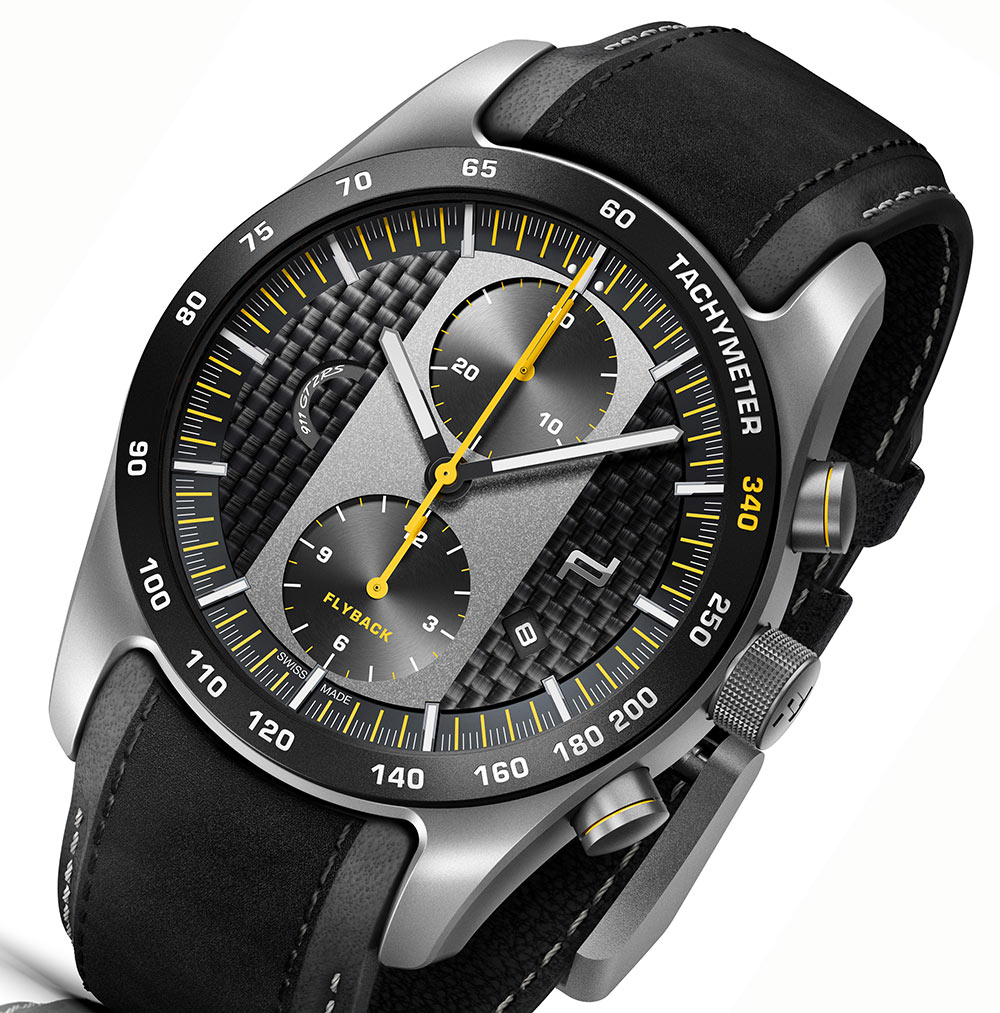 At 9 o’clock, you have a pretty inconspicuous running seconds indicator. In place of a more traditional running seconds sub-dial, what we have here instead is a cutout with the 911 GT2 RS logo. That’s pretty neat although it does mean that you won’t be able to read time down to the exact second on it, even though the movement should be accurate to COSC standards. Finally, there’s a small date display at 4 o’clock. 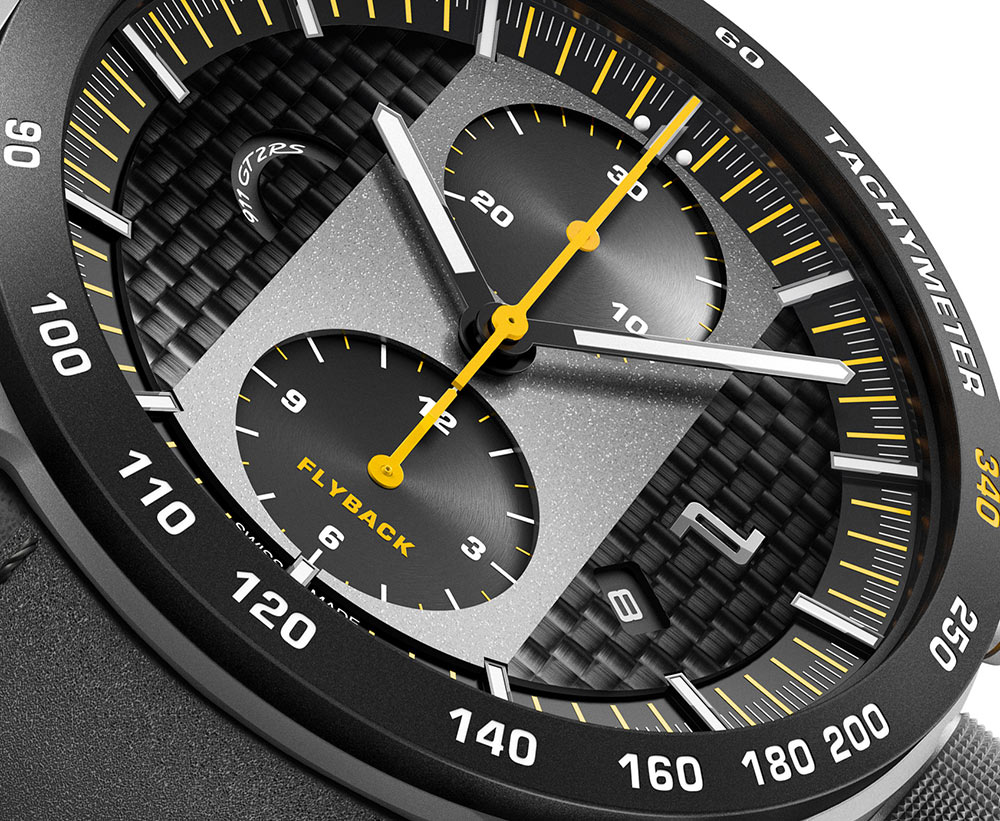 The color scheme of the dial is certainly racy and attractive. The minute track is a sporty mix of yellow for the individual minutes punctuated by baton indexes for the hours. The central chronograph seconds hand and the hands for the two chronograph counters are also yellow, which complements the black carbon fiber dial well. 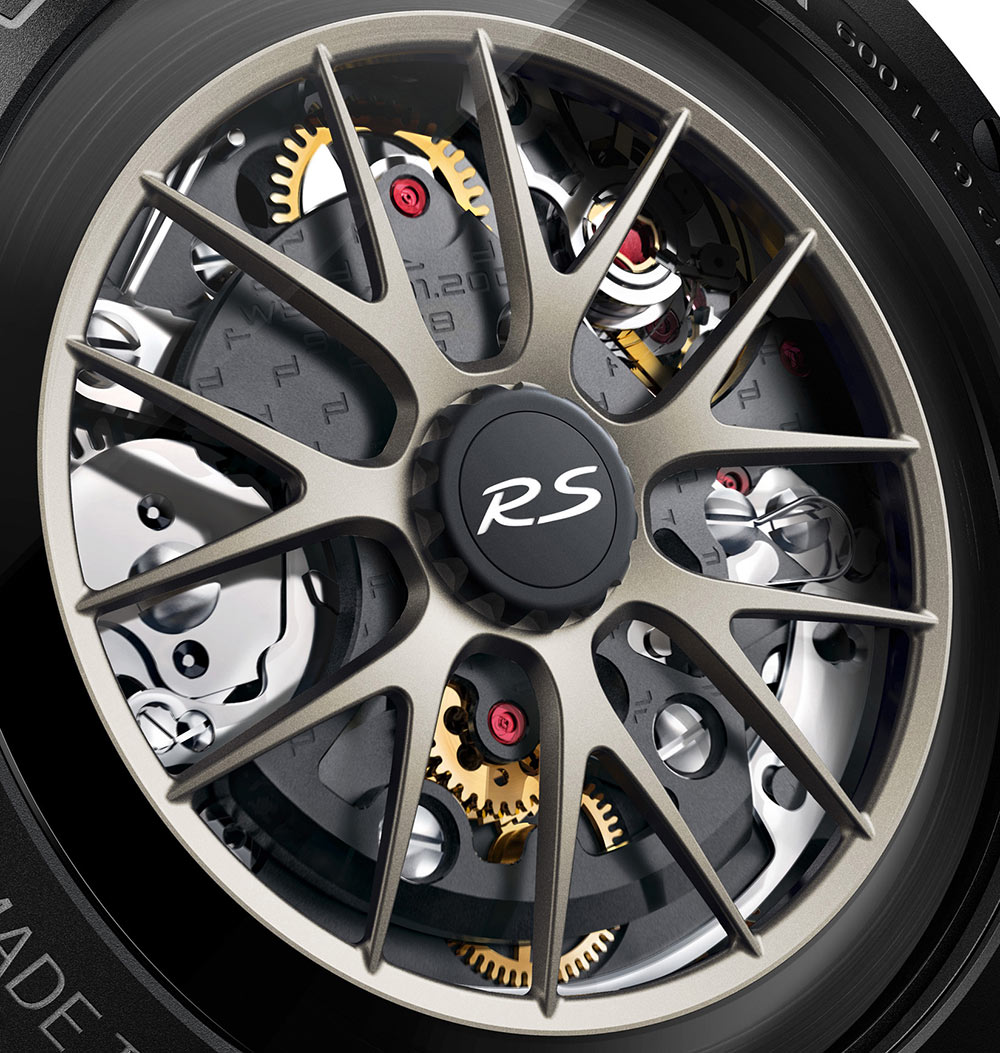 Inside, the Chronograph 911 GT2 RS is powered by Porsche Design’s first-ever manufacture movement. Dubbed the Calibre Werk 01.200, it is a COSC-certified self-winding flyback chronograph. Development of the movement, according to Porsche Design, took three years – and, as we noted in the above linked-to article on the 911 Turbo S, it bears a strong resemblance to the ETA 7750 movement that the brand has long used in a number of watches. It beats at 4Hz and has a power reserve of 48 hours. The Calibre Werk 01.200 has an Incabloc shock protector and uses a Nivaflex mainspring and Glucydur balance. 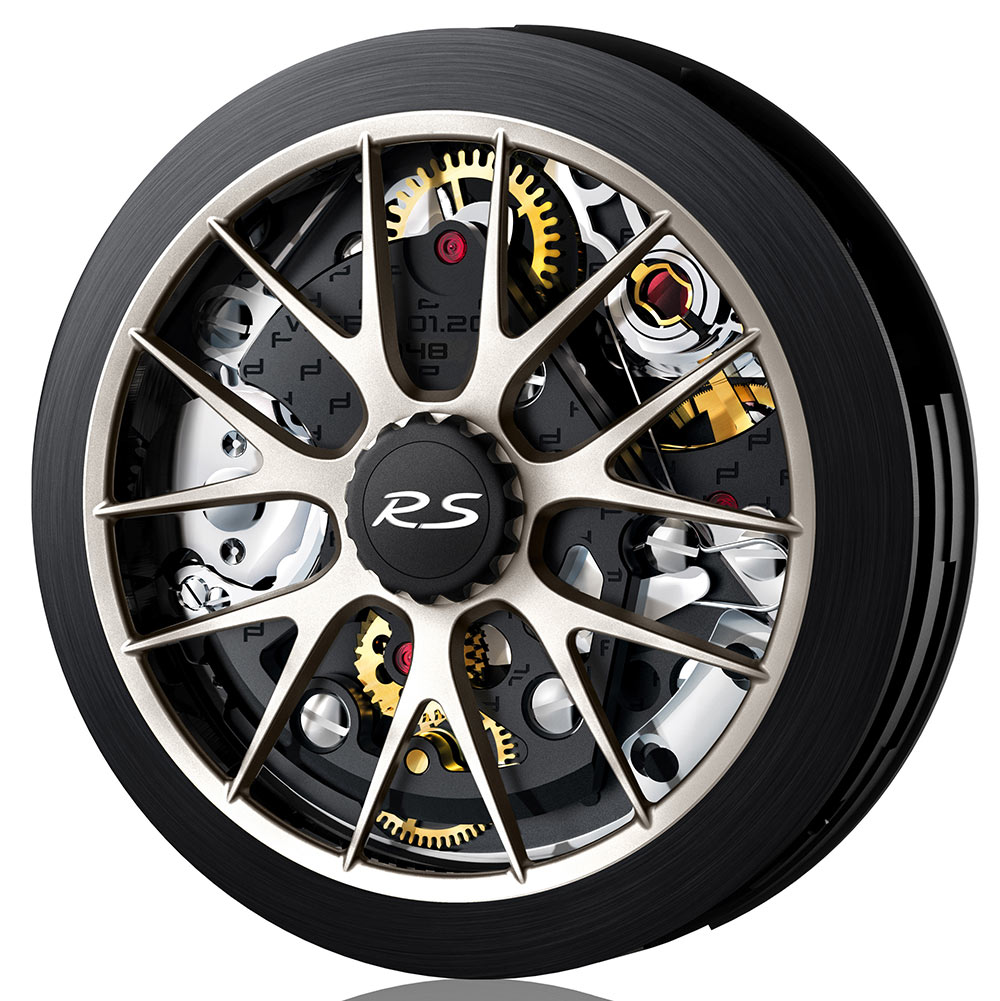 It features sporty decorations too, with a mix of matte black and chrome-plated bridges and plates engraved with the Porsche Design logo. The rotor, however, is the most eye-catching as it has been specially designed to mimic the magnesium wheels of 911 GT2 RS. It is even painted with the same gray lacquer paint as the 911 GT2 RS car. To ensure winding efficiency, the rotor is made out of dense tungsten. The Porsche Design Chronograph 911 GT2 RS will come with two leather straps. One in black and the other in red leather lined Alcantara, with a titanium folding clasp. 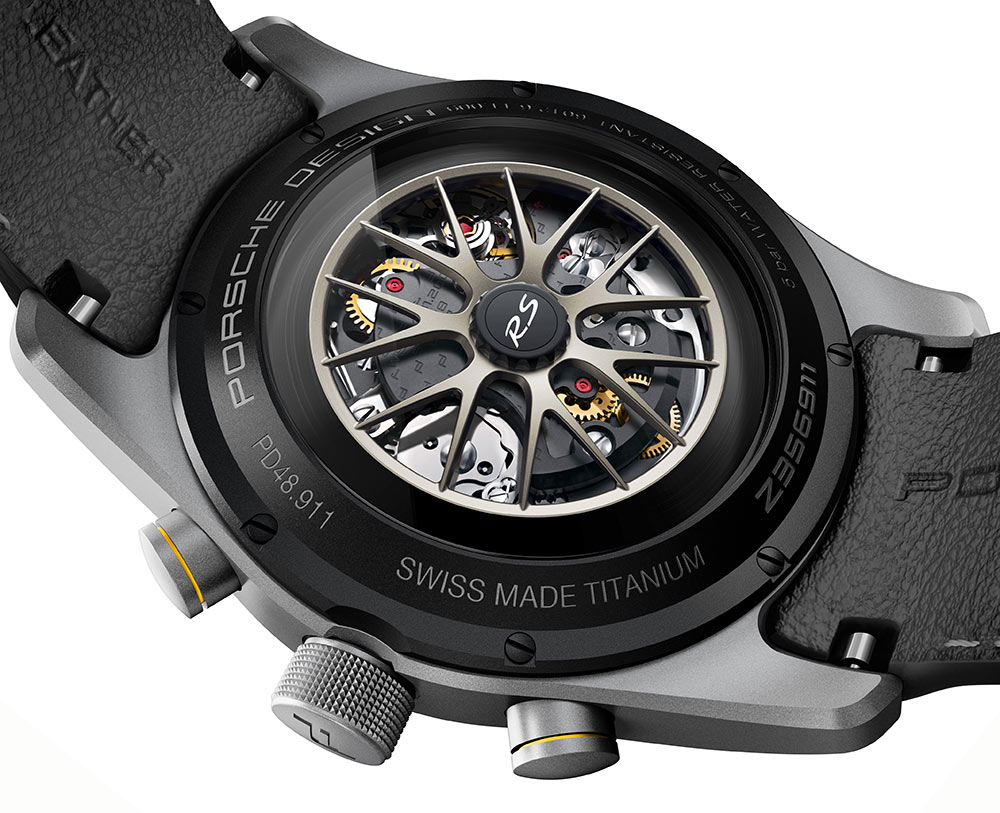 I personally like the black and yellow color scheme of the Porsche Design Chronograph 911 GT2 RS, though I think it would be better served if they repositioned the date display or got rid of it altogether. The unusual running seconds indicator looks interesting in press photos, but it does seem a little small in comparison to the two chronograph counters. We shall have to see how it works when we get the chance to handle the actual watch.

However, buying the watch can be tricky because it will only be available at Porsche Centers worldwide to owners of the 911 GT2 RS. The car’s unique vehicle identification number will even be laser-engraved into the case back of the watch. But more importantly, this means an entrance fee of somewhere around $295,000 is required. And even if you have the means, production of the 911 GT2 RS is likely to be extremely limited. But let’s say you do. Then, the Porsche Design Chronograph 911 GT2 RS watch will cost an additional $11,000 on top of the car’s price – chump change, surely, for the Porsche 911 GT2 RS buyer. porsche-design.com