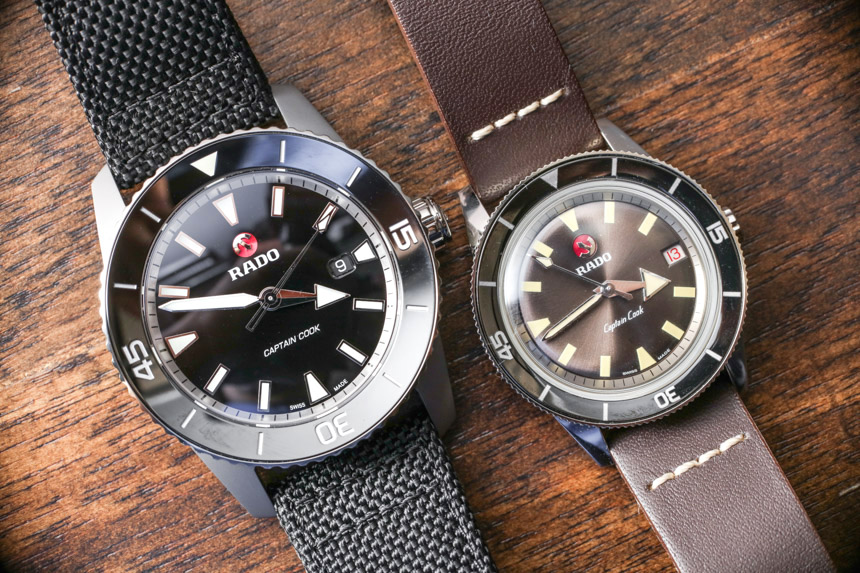 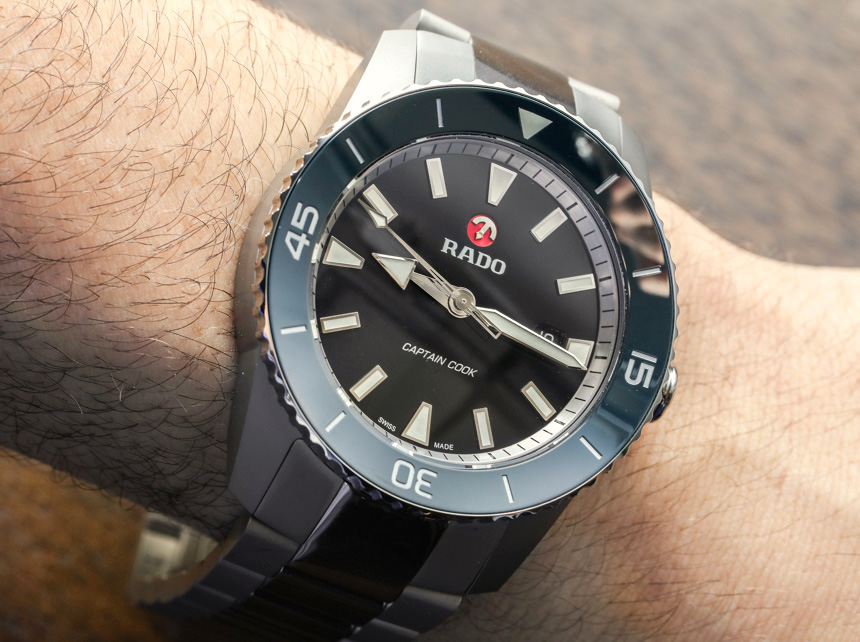 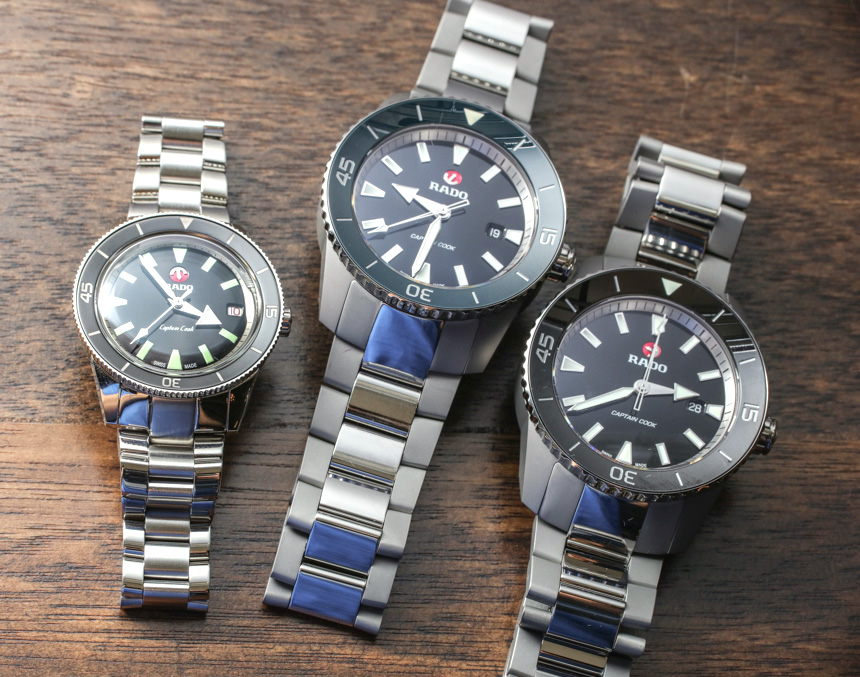 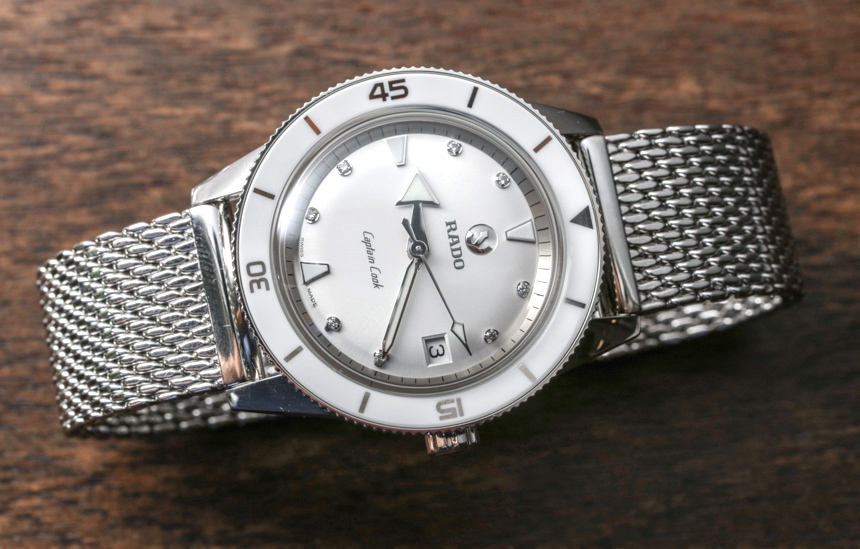 The original Rado Captain Cook was a dive watch with a charmingly silly name. The first version of the 2017 Rado Captain Cook is a 37mm wide model in steel, that comes in three versions – with one of them being a limited edition. For men who like small watches, or for women, Rado correctly pointed out that the 37mm wide Captain Cook has a very “men’s watch” look in what is typically a woman’s watch size. In fact, one of the 37mm-wide Captain Cook models is specifically for women. That is the reference 763.0500.3.070, and it has a silver dial with eight diamond hour markers, a white ceramic bezel, and a steel Milanese-style bracelet. 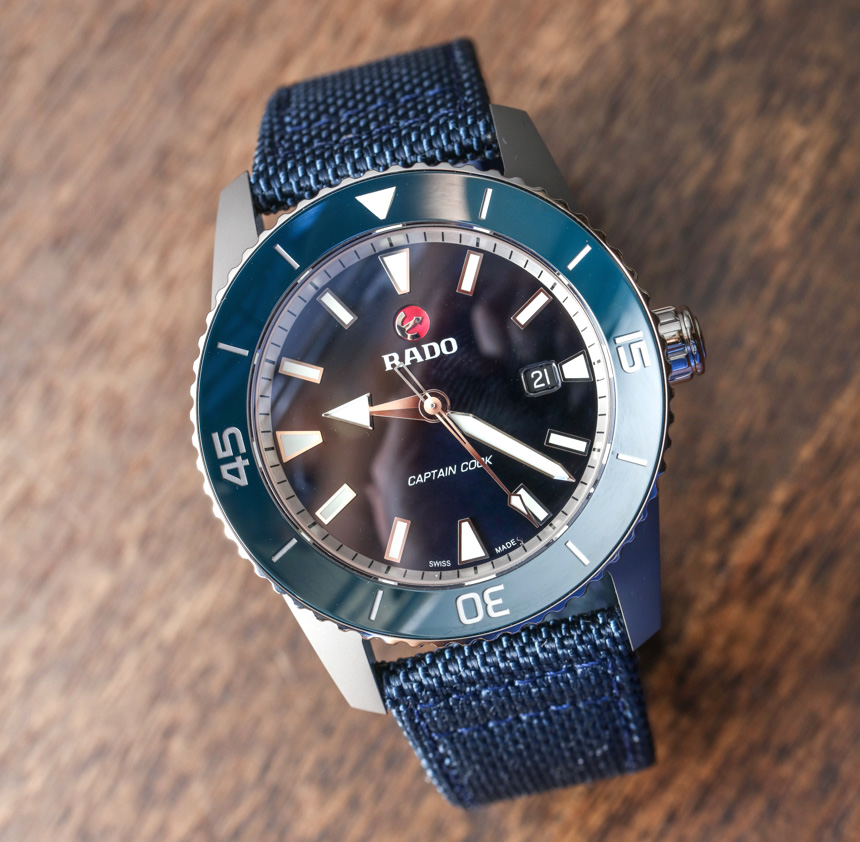 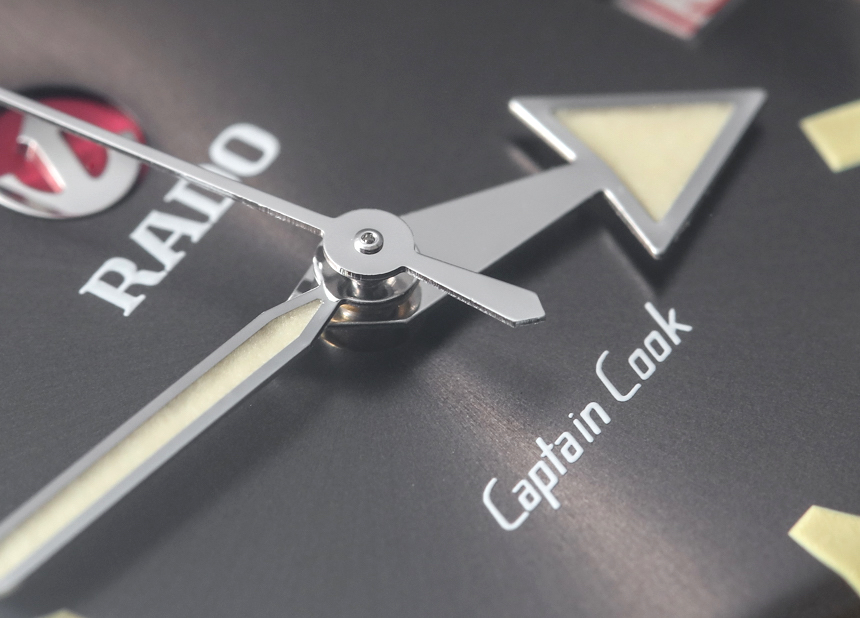 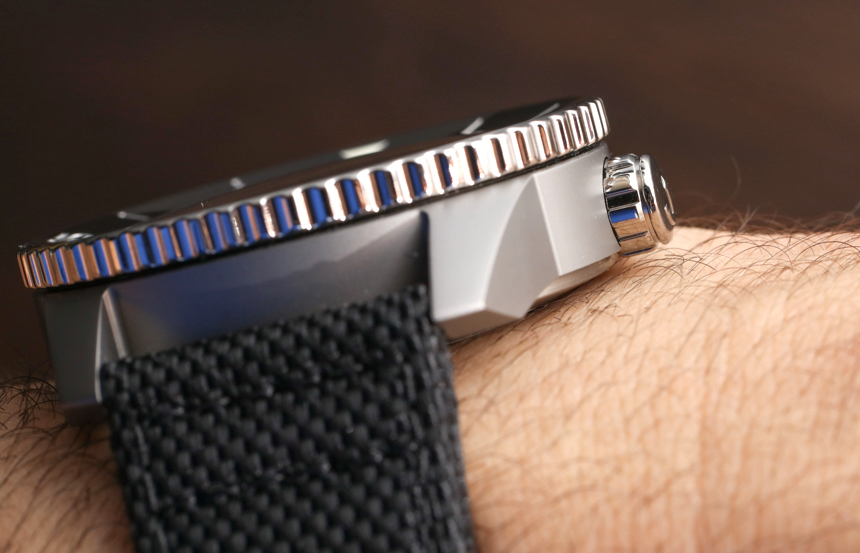 The Rado Captain Cook is technically in the Hyperchrome collection, even though I don’t know why as the style has nothing to do with other Rado Hyperchrome watches. So I am simply going to ignore that and continue to call the watches the “Rado Captain Cook.” Rado says that the original Captain Cook watches were produced from 1962 to 1968, which in many ways was a golden age of consumer-friendly diving watches. This is when diving watch prices started to go down a bit from the 1950s, when the first recreational dive watches were initially offered for sale and made popular by brands such as Rolex, Zodiac, Omega, and Blancpain. Omega especially went a bit “Seamaster crazy” during this period offering tons of really cool and interesting dive watches. 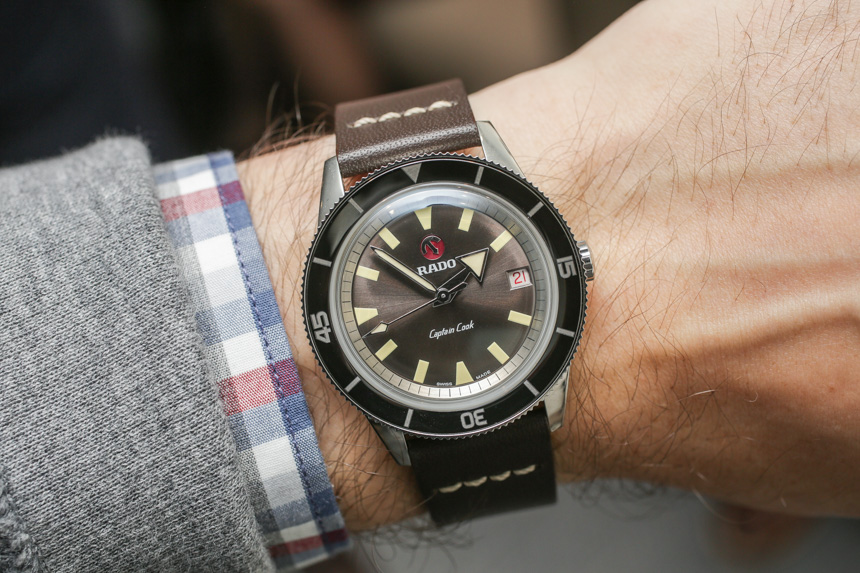 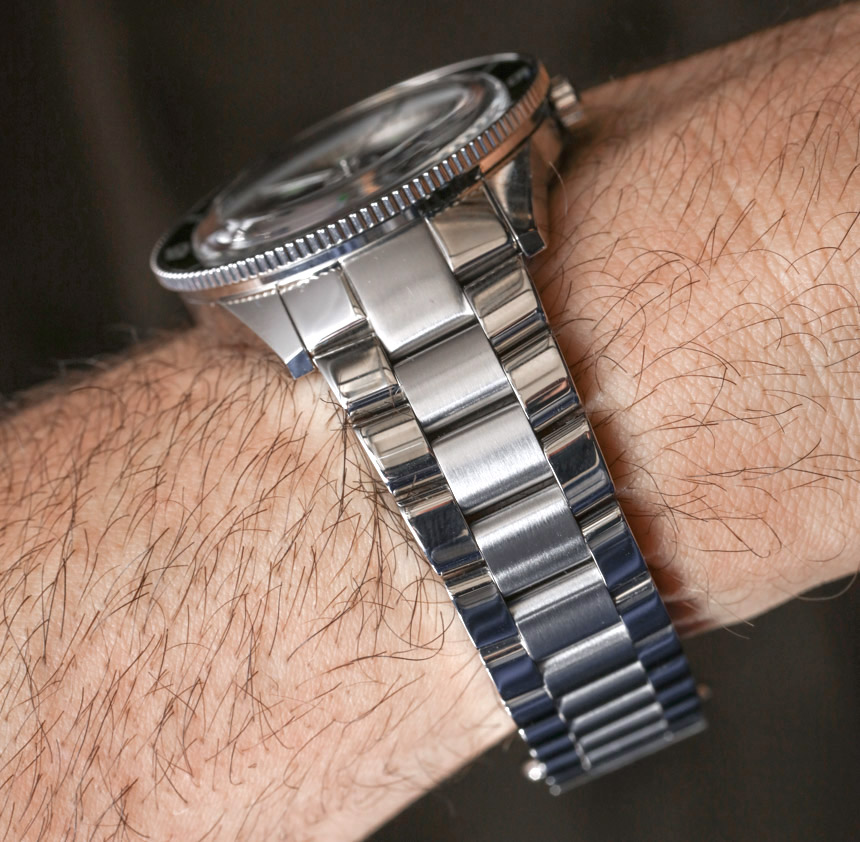 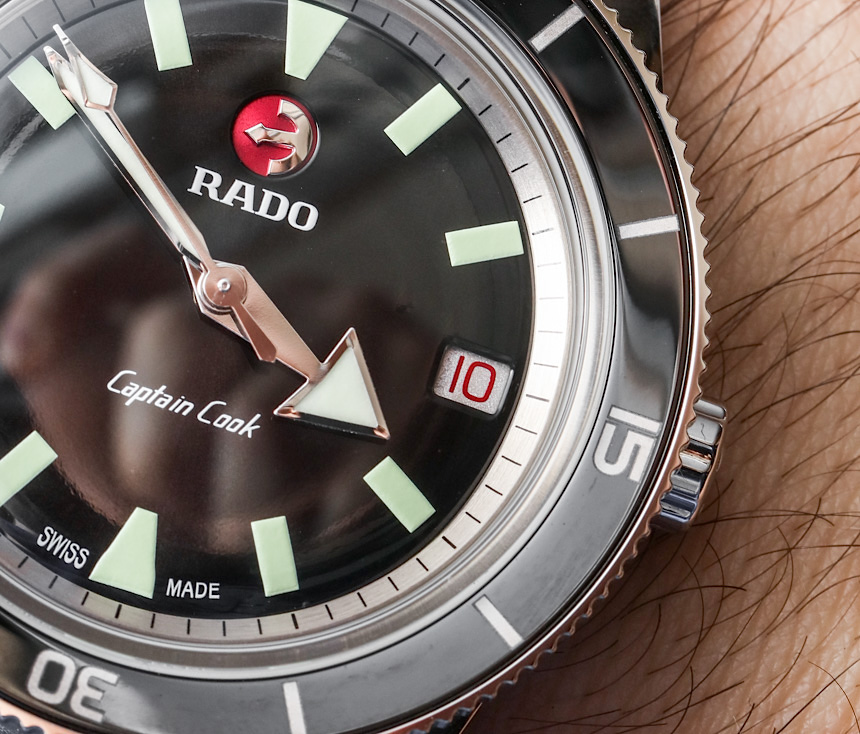 Rado needed to get into the fun and the Captain Cook is one of those charming and quaint designs that continues to look good today. The 2017 models are similar in design to the original models, and the 37mm-wide size is “true to original” as well – meaning that they do look like older watches at a glance. Outside of looks, the Rado Captain Cook watches are fully modern in terms of materials and construction. These 37mm-wide models are in steel, nicely polished, and have inwardly sloped ceramic bezels (various colors) which look really cool. I also like the dials with their distinctive, strong hands, as well as legible hour markers. Rado couldn’t really decide on lume color – so each of the three 37mm-wide models have different luminescent tones. 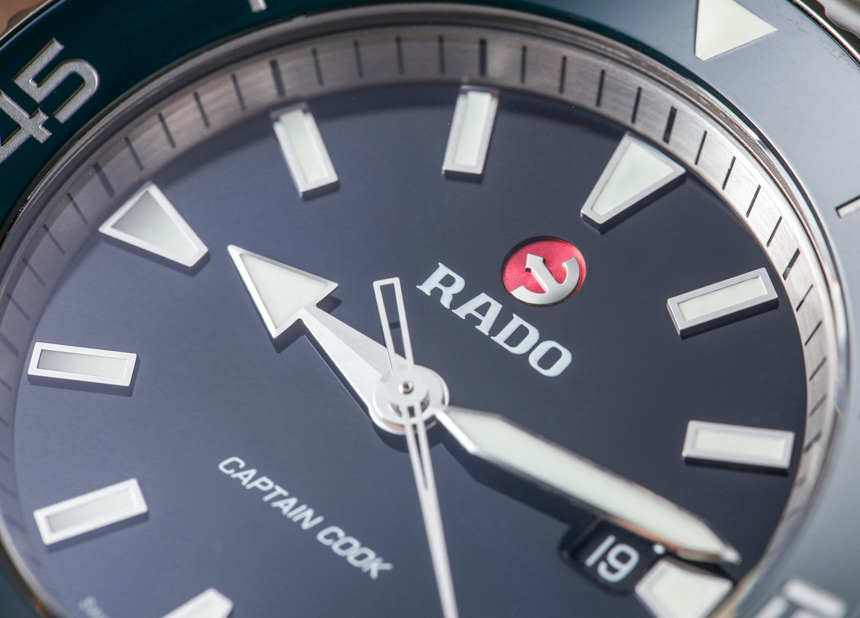 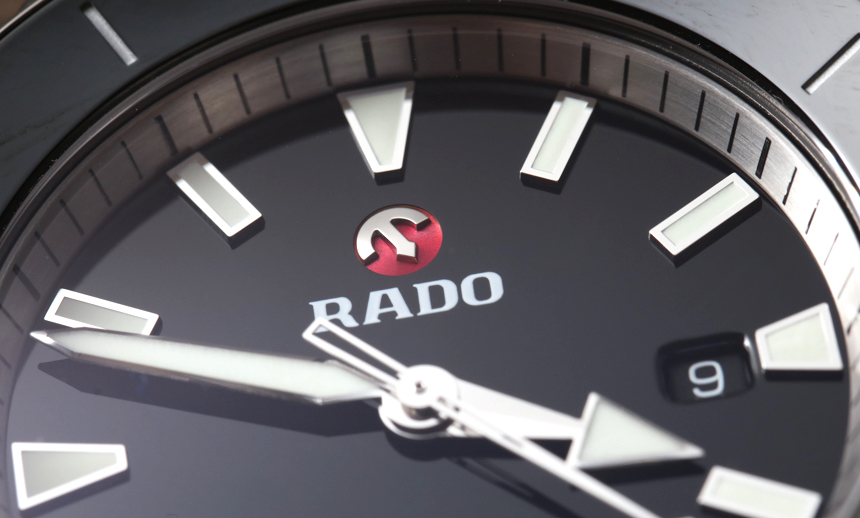 The Rado anchor logo makes the most sense on a diving watch right? Don’t forget that it is like a small rotor and actually moves around the dial freely (though it isn’t exactly on a frictionless mounting). This logo is a bit larger proportionally than what you see on most Rado watches, which adds to the interesting design of the watch (and the red color is nice as well). 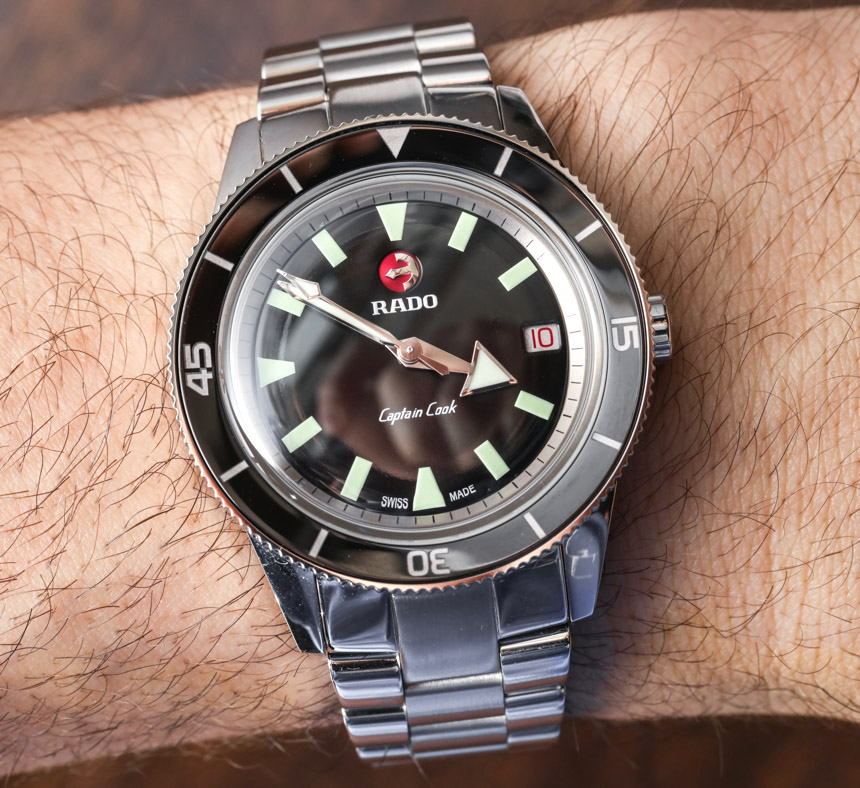 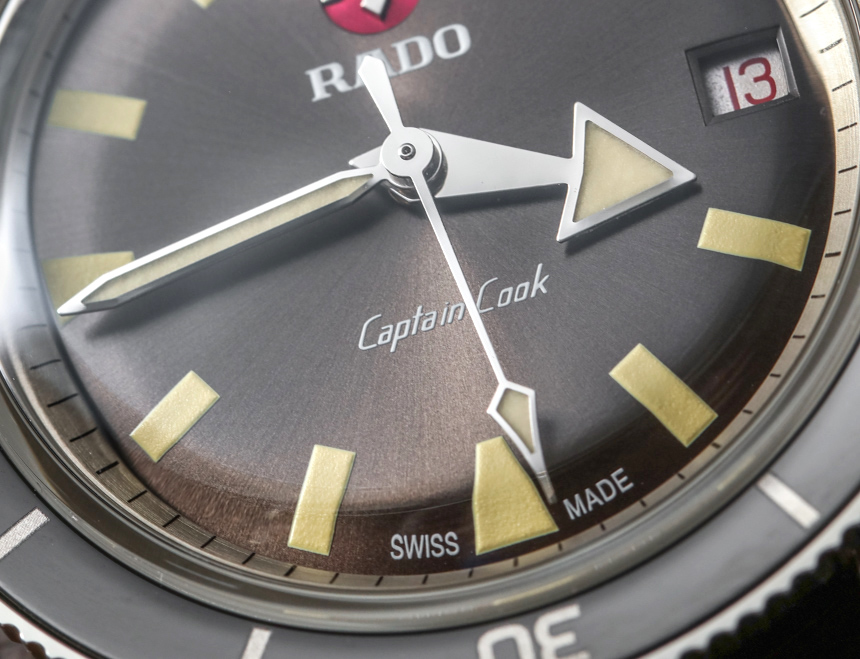 Rado did a very nice job keeping the dial clean and attractive. Dial text is minimized, and the only complaint I can see people having is with the date window being there (it doesn’t bother me). The cases are water resistant to 100 meters (nothing to brag about, but still totally capable for actual recreational diving), and the back of the case has a triple seahorse logo. The 37.3mm-wide case is 11.1mm thick, and has a 43.1mm lug to lug distance. 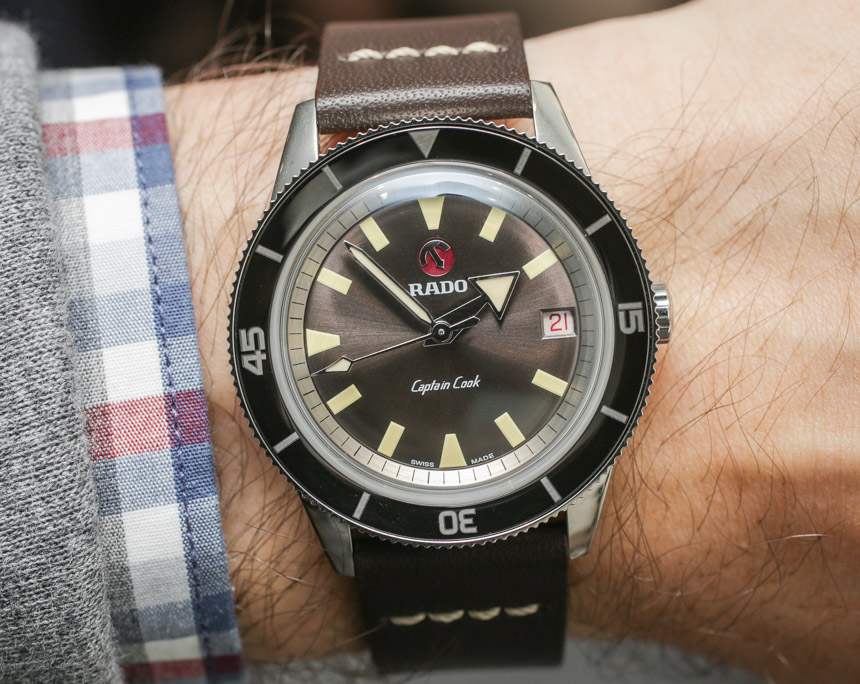 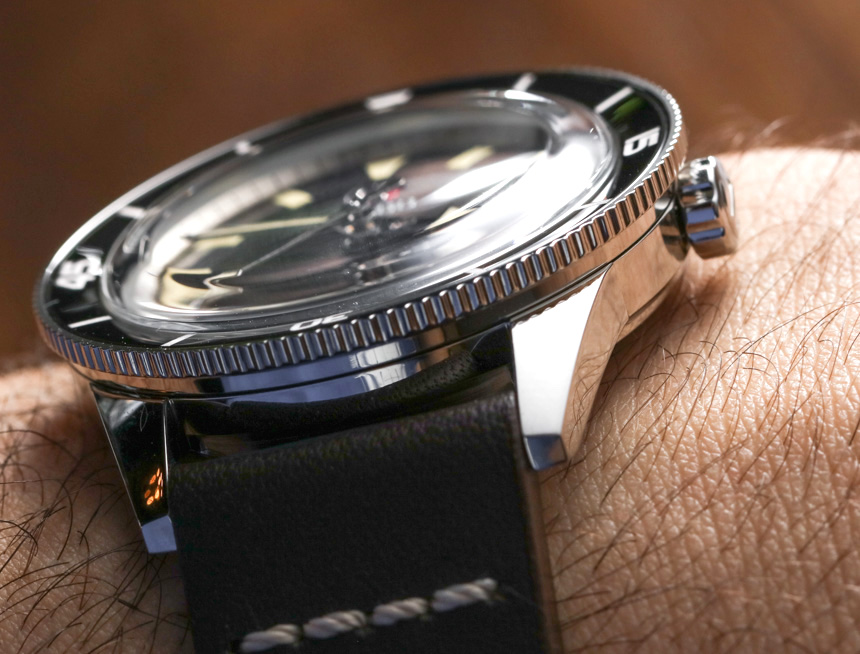 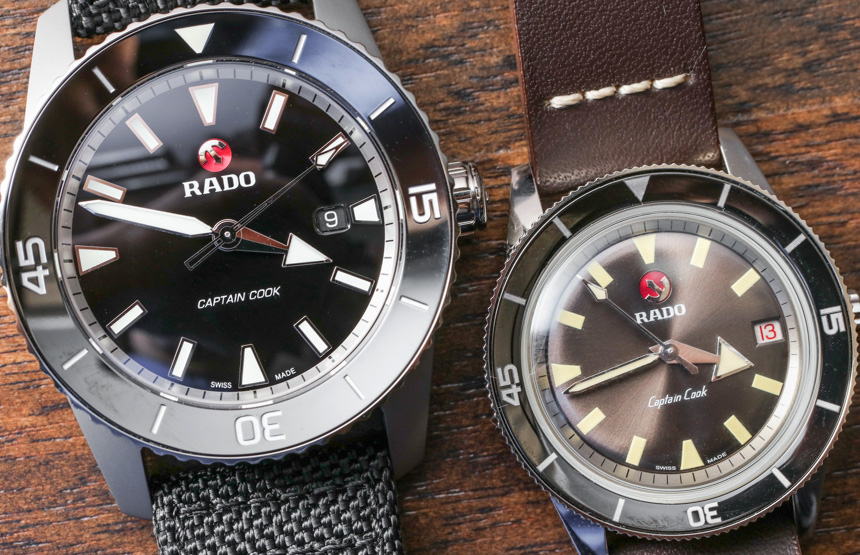 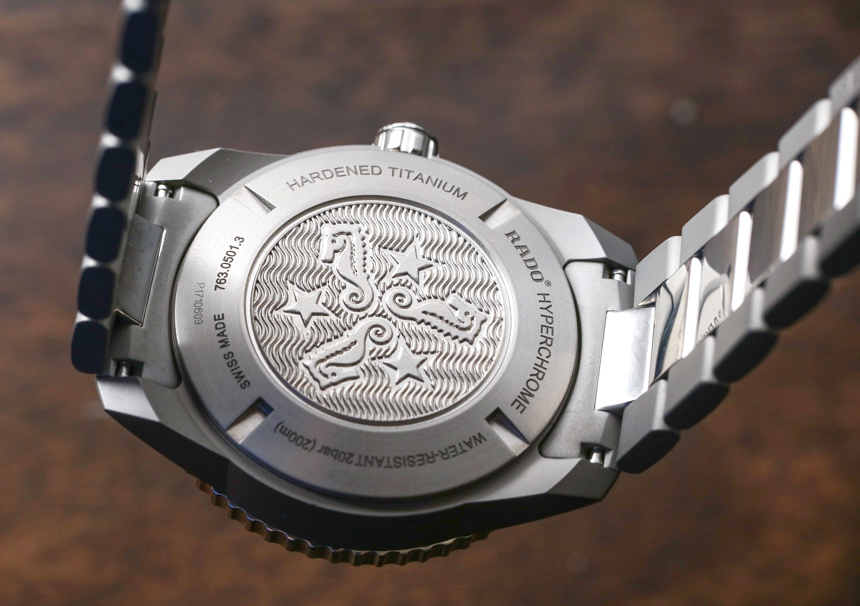 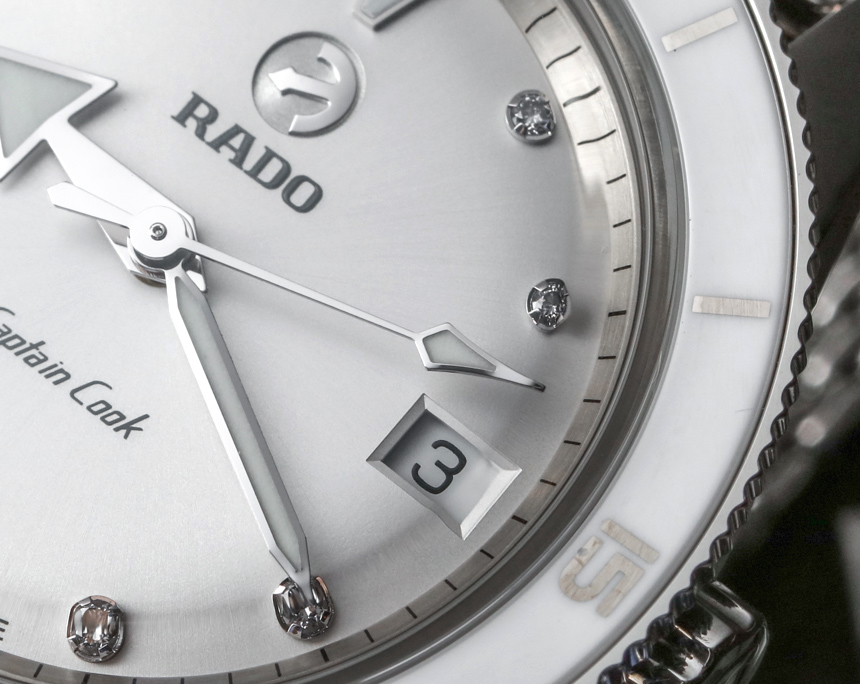 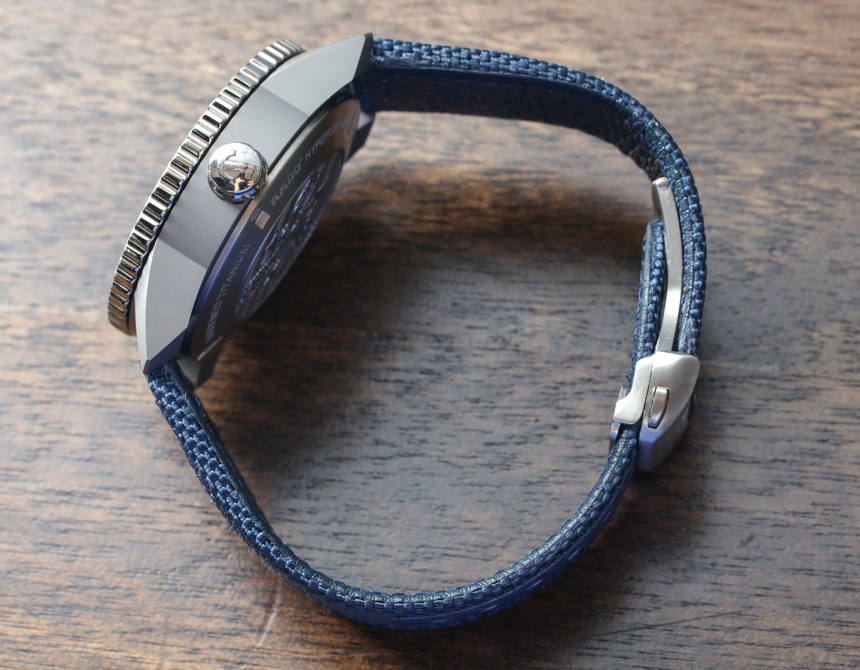 Both the 37mm-wide and 45mm-wide versions of the 2017 Rado Captain Cook models have the same movements. These are the Swiss ETA caliber C07.611 (aka caliber “C07”) automatic movements we’ve been seeing for a while in a lot of mid-range Swatch Group models that I believe originally debuted in Hamilton watches. The movements are liked by enthusiasts because they boast 80 hours of power reserve. Though that happened at the expense of movement frequency – which went from 4Hz to 3Hz in order to achieve this. I also think that the movements have tweaked mainspring barrels and regulation systems. ETA claims that these changes offer 80 hours of power reserve (over the roughly 42 hours of the unmodified movements), but without appreciable degradation in accuracy over time. I’d like to hear from owners on how their experiences with ETA’s 3Hz, 80-hour power reserve movements have been.