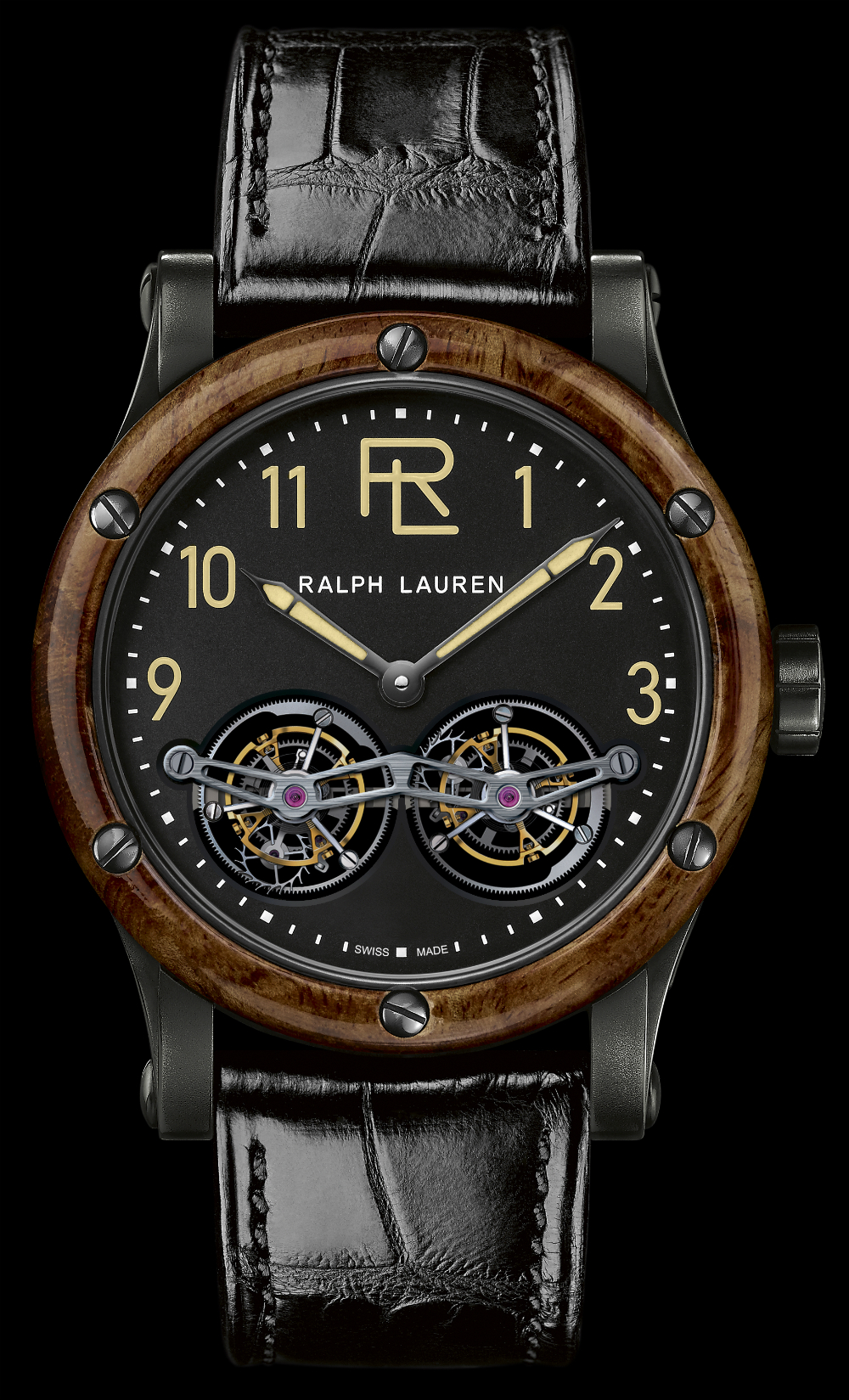 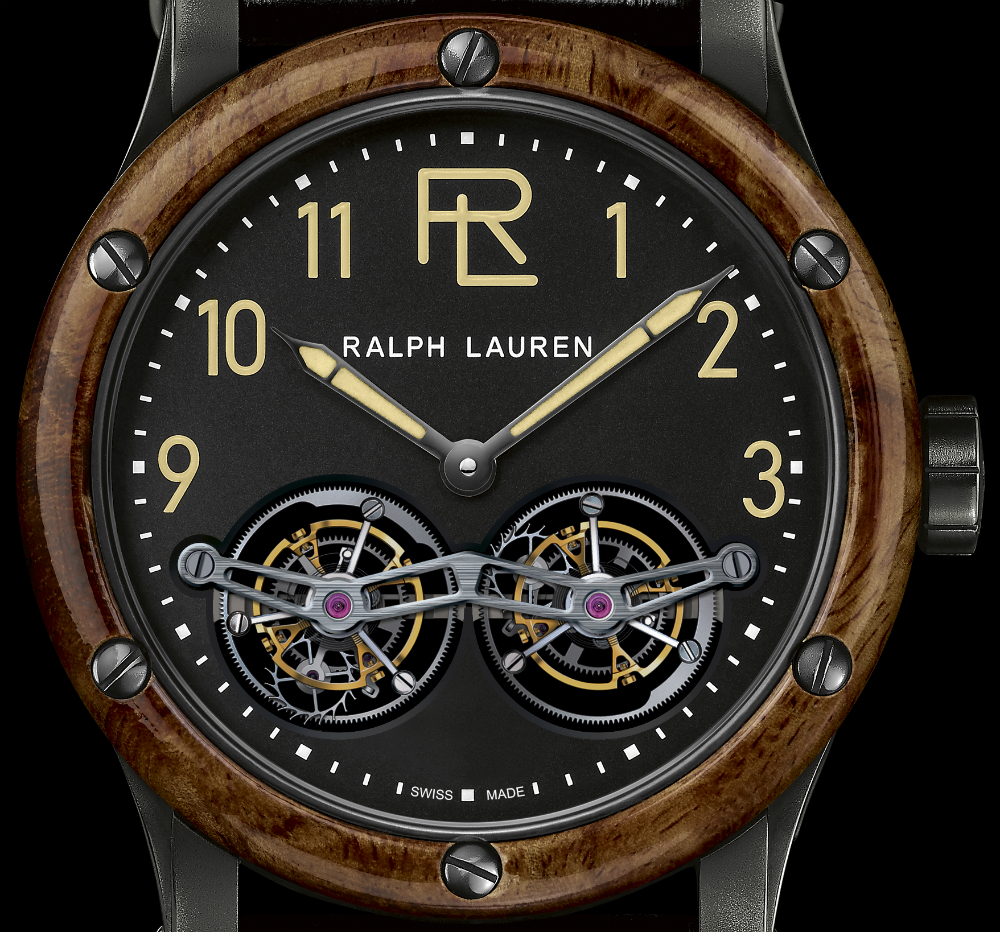 New for 2017 come the Ralph Lauren RL Automotive Tourbillon and Double Tourbillon watches, joining the line inspired by the eponymous designer’s own 1938 Bugatti Type 57SC Atlantic Coupe. Yes, a double tourbillon joins the Ralph Lauren stable. Possibly useless, the tourbillon is a sign of watchmaking ability for a brand – and a double tourbillon, doubly so. Perhaps silly and a little decadent, the ostentatious double tourbillon housed in a non-precious metal case with a wood bezel represents a refreshingly simple and sophisticated home for the mechanism. Both are expensive, of course, but get ready for a price just short of six figures for the double tourbillon model. Say what you will, but the dedication to aesthetic brand identity in both these watches shows a brand that is secure in its skin. 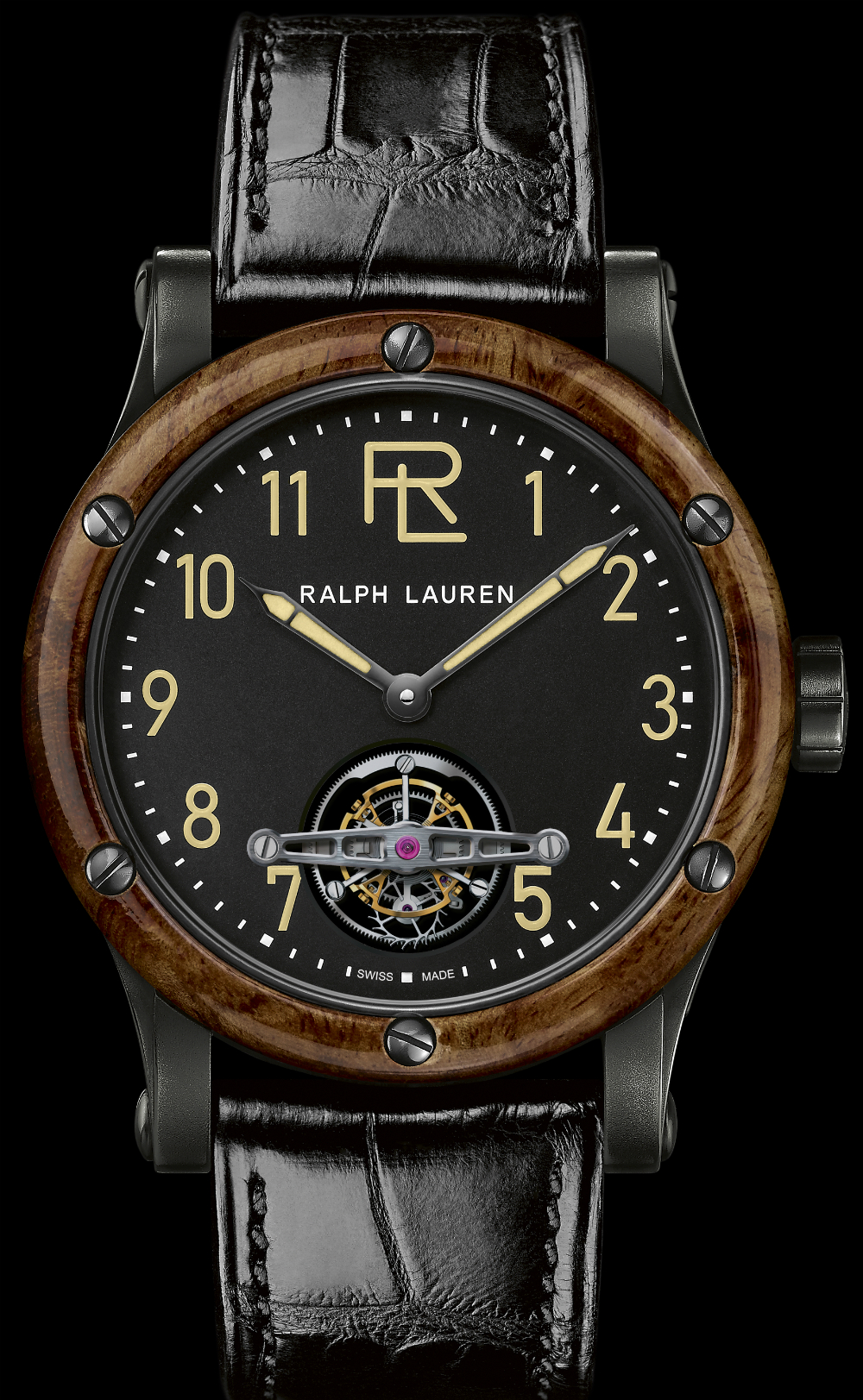 After announcing its first foray into high-end watchmaking back in 2009, Ralph Lauren continues to add to its Automotive collection which has produced designs inspired by 1930s car aesthetics while symbolizing Ralph Lauren’s love of fine automobiles. This sub-family of watches exists within the Ralph Lauren Sporting collection, which also borrows design cues specifically from the dashboard or Mr. Lauren’s beloved Bugatti. Last year, we brought you a hands-on look at two of the more recent models in the lineup – the Ralph Lauren RL Automotive Skeleton and Non-Skeleton watches. The two watches we introduce here today mark a new advancement for the brand and the collection.

We know some of you will have plenty of opinions when it comes to fashion house watches, something we addressed in our Point/Counterpoint series. Still, the Ralph Lauren RL Automotive Tourbillon and Double Tourbillon are both handsome watches that play their part on a stage where watch and automotive themes will always inevitably meet. Unlike some of their peers, however, these two versions offer more of a muted, sophisticated look that thrives on the subtle combination of a well-thought-out use of materials. 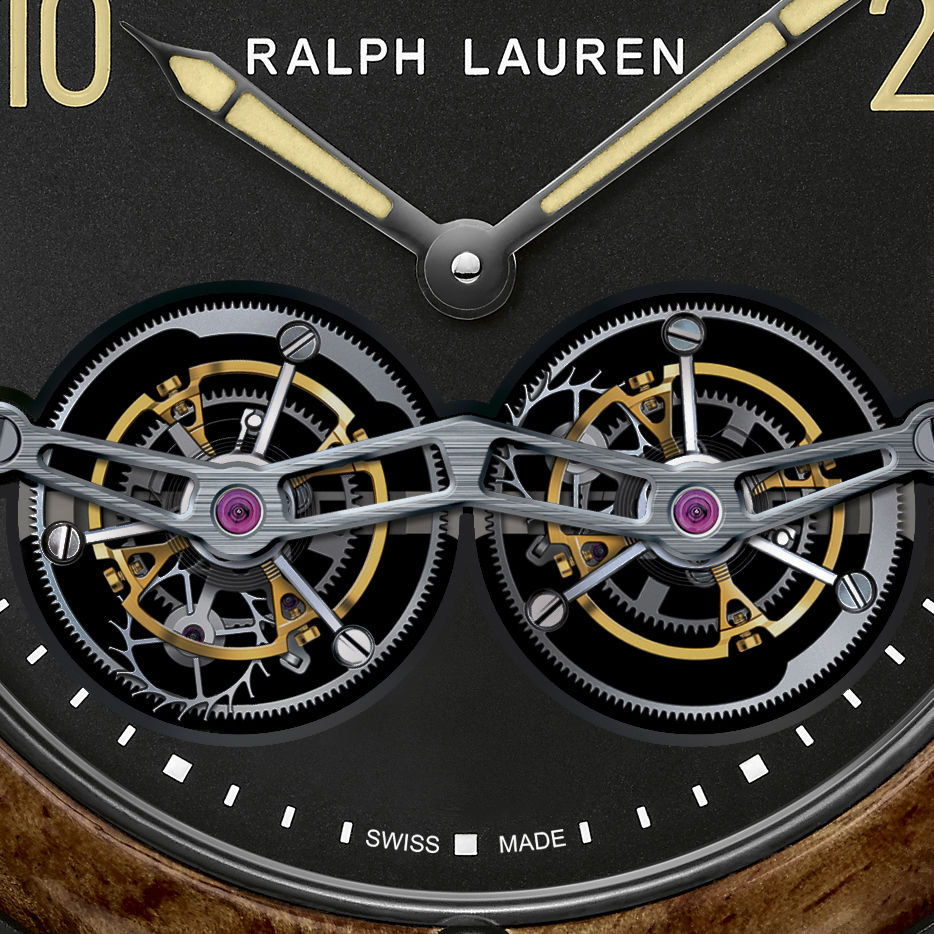 Both the Ralph Lauren RL Automotive Tourbillon and Double Tourbillon watches feature 45mm cases made of black shot-blasted stainless steel. It’s a color tone that pairs nicely with the dark amboyna burl wood bezel and continues into the matching black crown with the same finishing treatment. The thickness is 12.40mm on the single tourbillon model and 14.90mm for the double tourbillon version, both of which should prove to wear comfortably at those dimensions. Over the dial is a convex sapphire crystal with internal anti-reflective coating and the sapphire for the case-back features the same smoky finish featured on previous models. Other tweaks like the beige, sword-shaped Super-LumiNova treated hands, minimalist matte black dial, and printed Arabic numerals surrounding the RL logo tie together the automotive-inspired visual themes for both models. 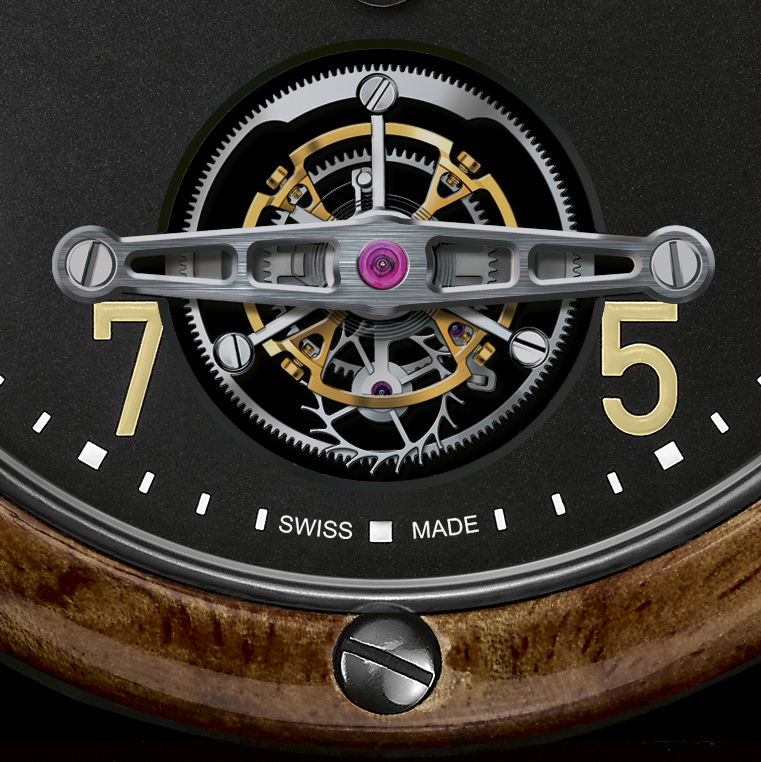 The movement inside of the Ralph Lauren RL Automotive Tourbillon is the new IWC-producedd RL267, a 21,600vph self-winding caliber that is made with 45 jewels and has a power reserve of 72 hours. The Ralph Lauren RL Automotive Double Tourbillon model houses the RL367 manual-winding caliber which also operates at 21,600vph and shares the 72-hour power reserve figure. You’ll find circular graining, vertical Côtes de Genève, and perlage work on both movements, though we’ll be able to comment more on that once we have additional images or see it in person.

And of course, one of the great joys of any watch person’s life is explaining how a tourbillon doesn’t really have any measurable effect on a watch’s performance, and that will be twice as much fun with a double tourbillon. The tourbillon displays are front and center on both models, and there is something of an automotive/mechanical visual effect with the two tourbillons touching each other, right?

Overall, Ralph Lauren has taken its spot in watchmaking, and as such, it will annoy some watch fans with a move like simultaneously releasing single tourbillon and double tourbillon watches. And what’s more legit in Swiss watchmaking than impractical decadence? Obviously, Ralph Lauren wants to demonstrate watchmaking prowess, as there nowadays seem to be not that many established Swiss luxury watch brands who have never produced a tourbillon watch. The beautiful wood on the bezel and discreet yet cohesive aesthetics otherwise point to a general success for Ralph Lauren. Price for the Ralph Lauren RL Automotive Tourbillon (RLR0220713) and Ralph Lauren RL Automotive Double Tourbillon (RLR0220714) is $62,500 and $99,000, respectively. watches.ralphlauren.com