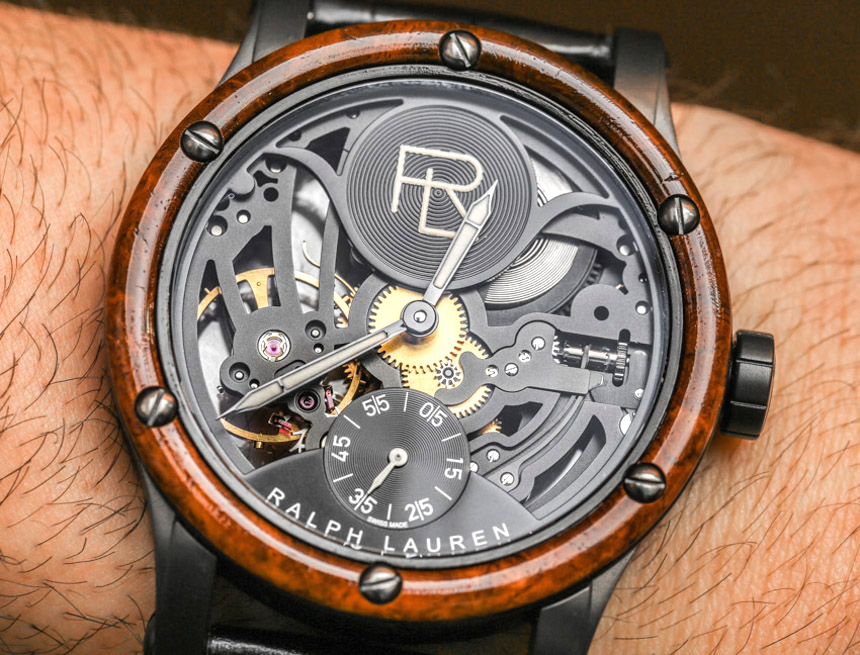 This is the tale of two watches with essentially the same movement, both in the Ralph Lauren RL Automotive watch collection. What is the Automotive collection within the brand? It is a sub-family of the larger Ralph Lauren Sporting watch collection that, according to Ralph Lauren, are inspired not only by Ralph Lauren’s legendary love of fine cars, but more specifically, his prized Bugatti Type 57SC Atlantic Coupe from 1938. I’ve seen the car in person – along with other key automobiles from Ralph Lauren’s collection in Paris a few years ago. I wasn’t able to take pictures because it was in a museum exhibition, but it was a really impressive assortment of amazing cars. 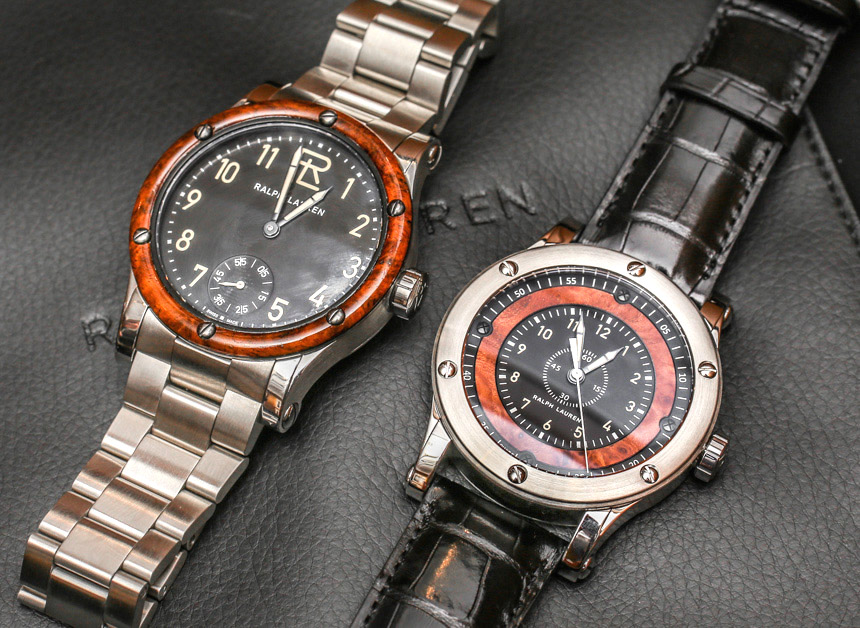 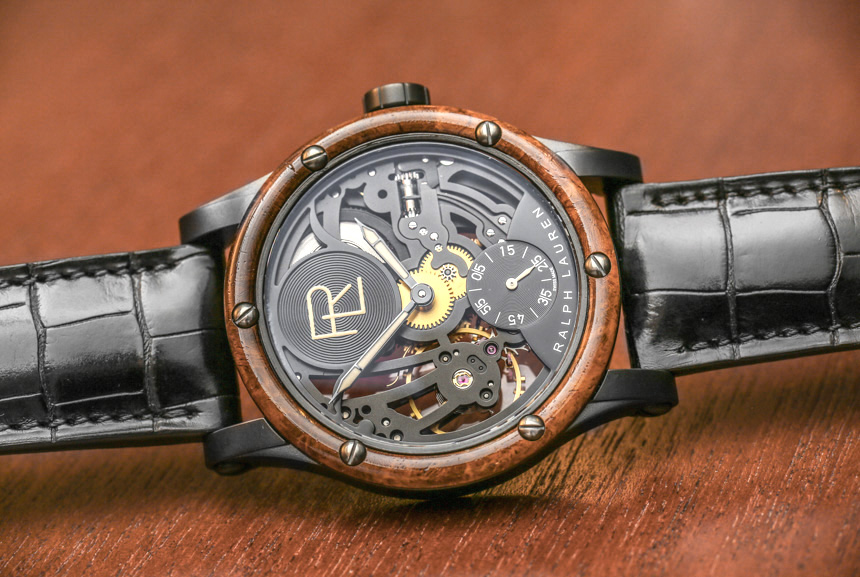 Anyhow, earlier in 2015, aBlogtoWatch discussed the Ralph Lauren Automotive Chronograph watch here. All of the Ralph Lauren RL Automotive collection timepieces have one thing in common, and that is a use of real wood on the dials or bezels. To date, Ralph Lauren does not yet have a model with a wood bezel as well as wood on the dial. I suggested to them that they do this, and I have a feeling that we are likely to see something like this in the near future. 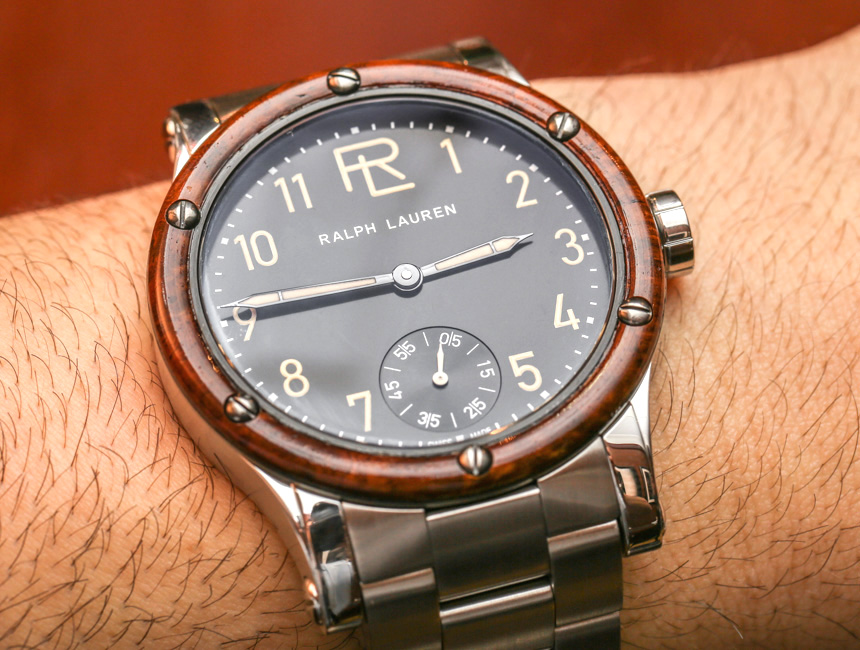 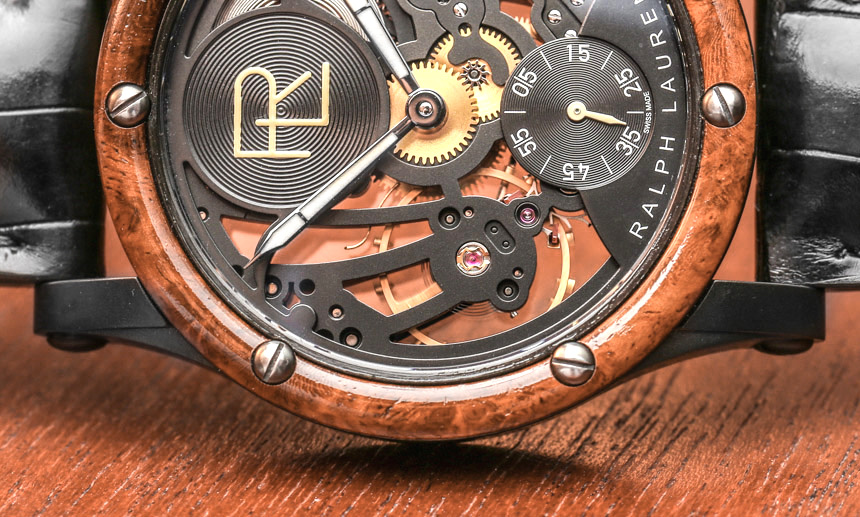 As a subset of the larger Sporting watch family, the Ralph Lauren RL Automotive watches share the same basic case shape and overall theme. The Sporting collection has birthed other sub-families of watches such as the Ralph Lauren Safari as well. Right now, I’d like to focus on two models in the RL Automotive collection which I think are interesting because they focus on wood not on the dial but rather as the bezel material. Why wood? Well, anyone familiar with the interior of vintage cars – especially such as those made by Bugatti – know that fine woods are an important part of those cars’ interiors. 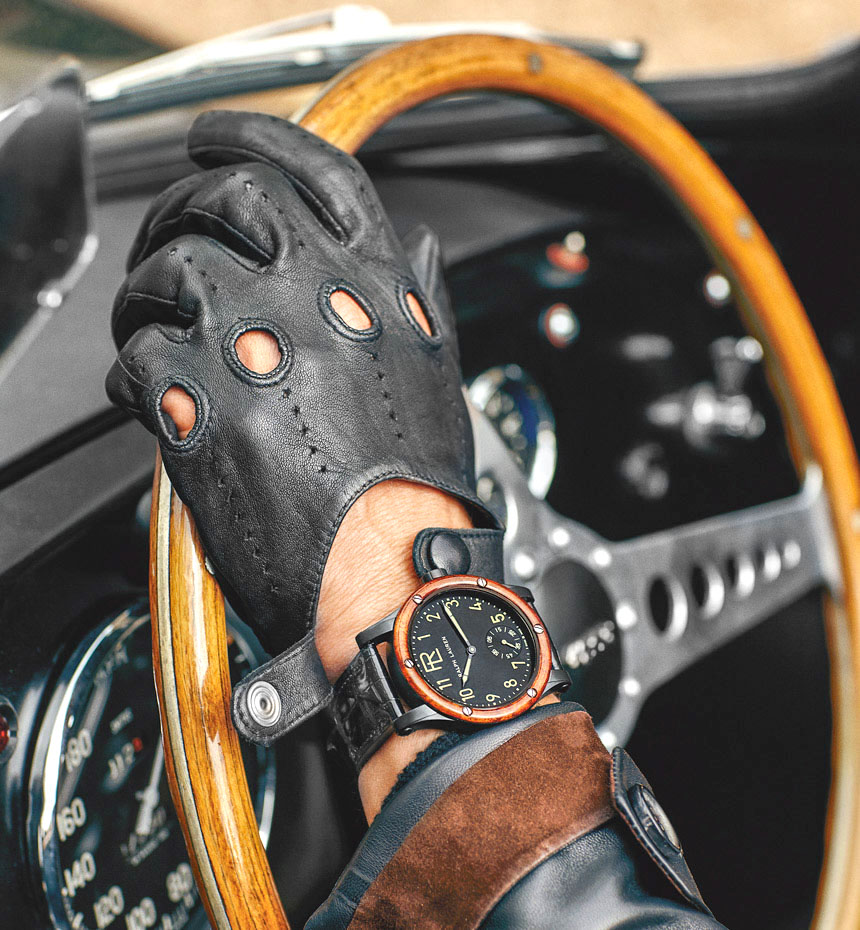 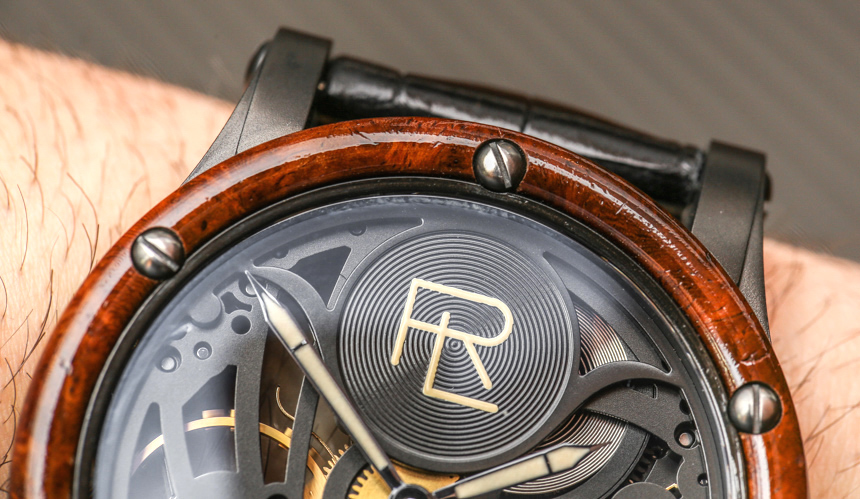 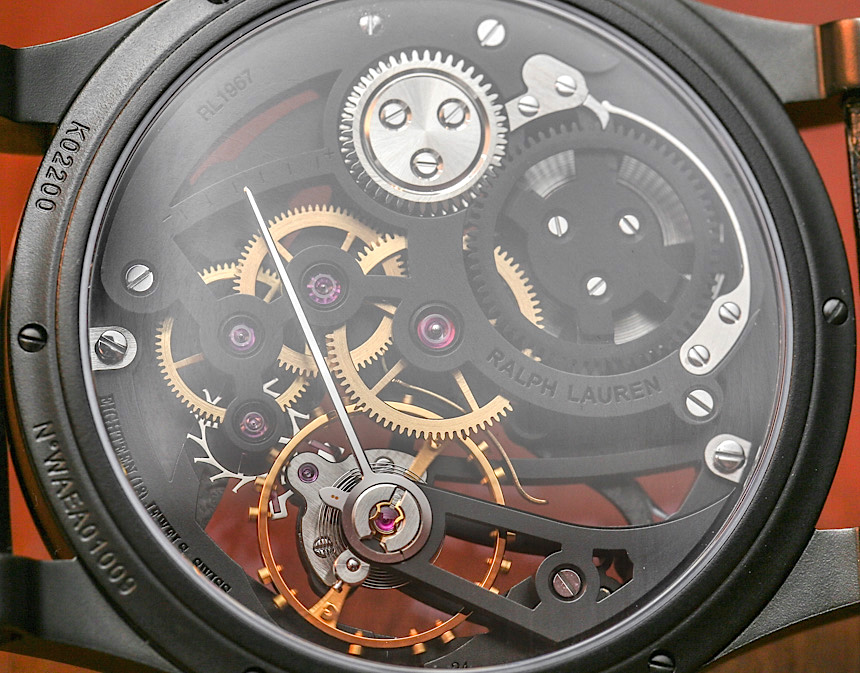 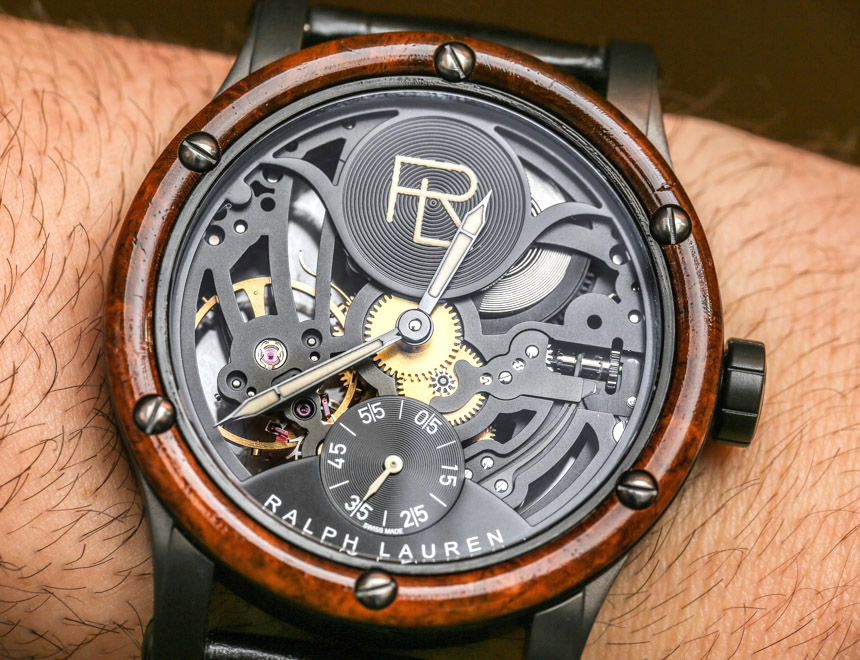 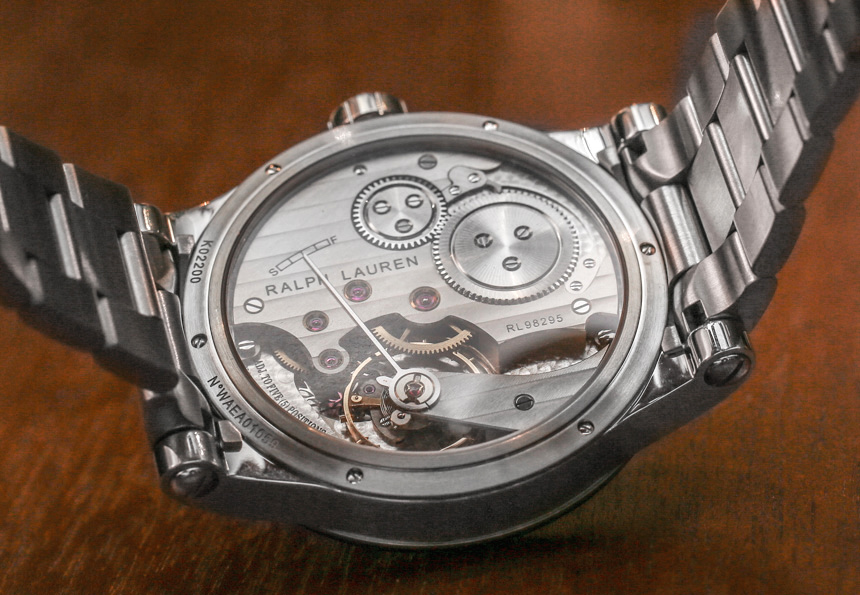 Ralph Lauren continues to take heat from seasoned watch lovers because… well, let’s face it, no matter how high quality the Ralph Lauren watches are, the company is still synonymous for many people with things like Polo shirts and other items of clothing. Adding a high-end watchmaking division was a risky move for the brand, and I think they are realizing that even though their timepieces have the stuff that watch collector’s are looking for, their most typical clients are fashion and design lovers versus those who consider themselves “horologists.” That, however, is another story altogether. 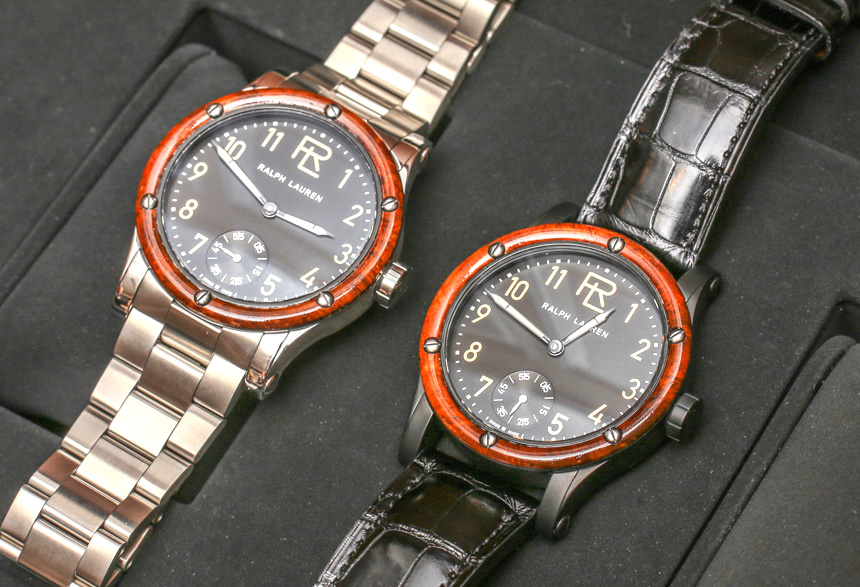 Each of these two watches comes in a 44.8mm-wide by 11.2mm-thick steel case which is water-resistant to 50 meters. Both are PVD-coated in black and given a bead-blasted finishing, which I like, as it contrasts with the glossy alligator strap and lacquered finishing on the wood. The non-skeletonized version also comes in a natural, brushed steel case with a matching steel bracelet. What works so well about the Amboyna burl wood bezels is that the wood material is not placed under a sapphire crystal and can be touched. There is a tactile pleasure in having the ability to feel and sense the wood with its warmth and texture that I think is very valuable in having wood be on the outside of the watch. 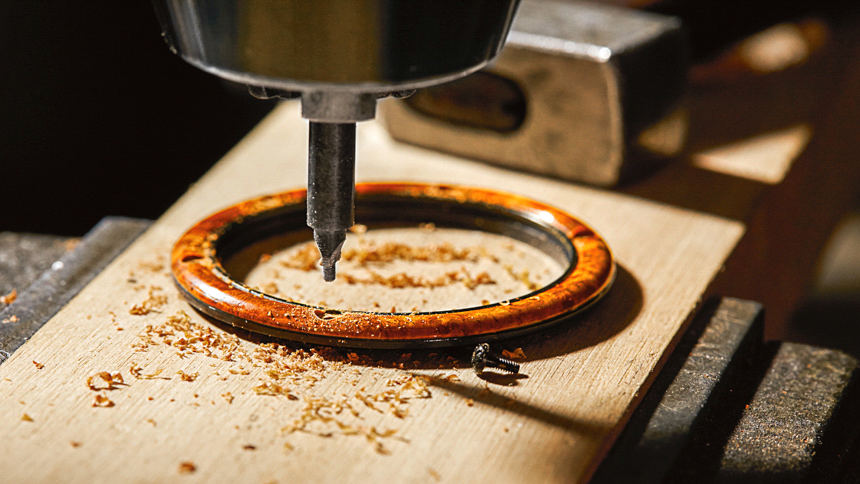 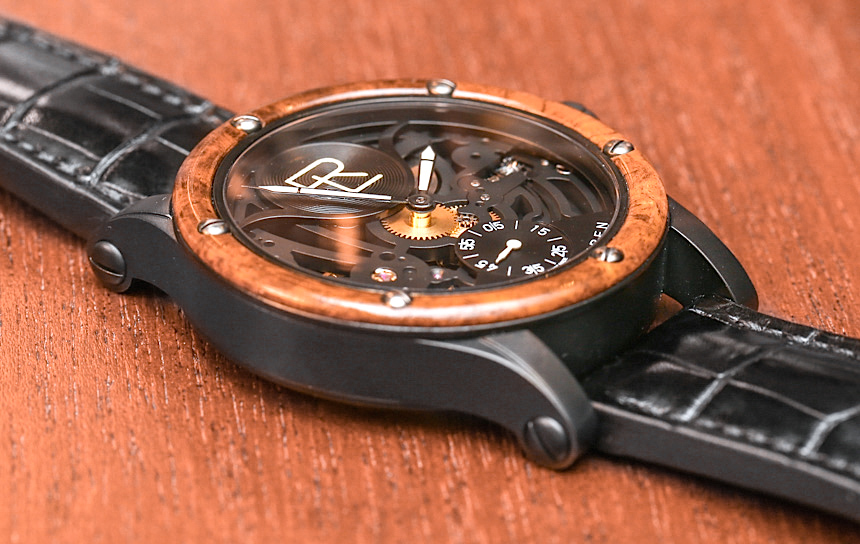 Wood watches these days are quite popular – especially at the low end. There are a number of inexpensive watch makers with products (mostly produced in China and other parts of Asia) selling timepieces in full wooden cases with wood dials and even bracelets for a few hundred dollars (or even less). I think there is a novelty factor to many of these timepieces despite their popularity, and some of theme are even quite attractive. Among the most exotic wood watches are those with wooden cases and wooden mechanical movements. That is right, the clever Ukrainian watchmaker Valerii Danevych produces these exotic wonders. With that said, the appeal and quality of wood watches varies, and in the context of Ralph Lauren is given an automotive theme and rendered in a very fashionable way (which is really the point of the brand). 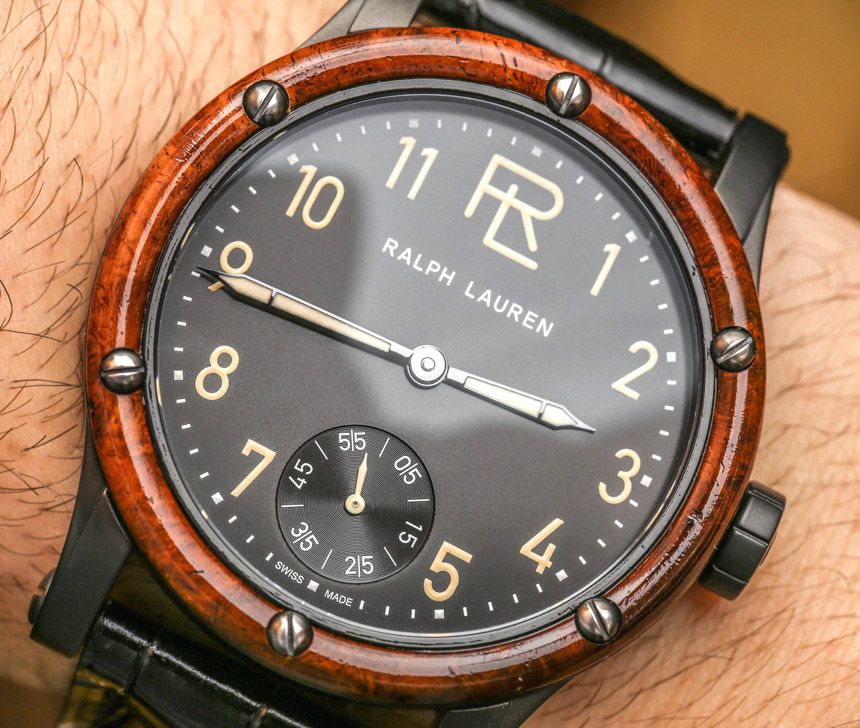 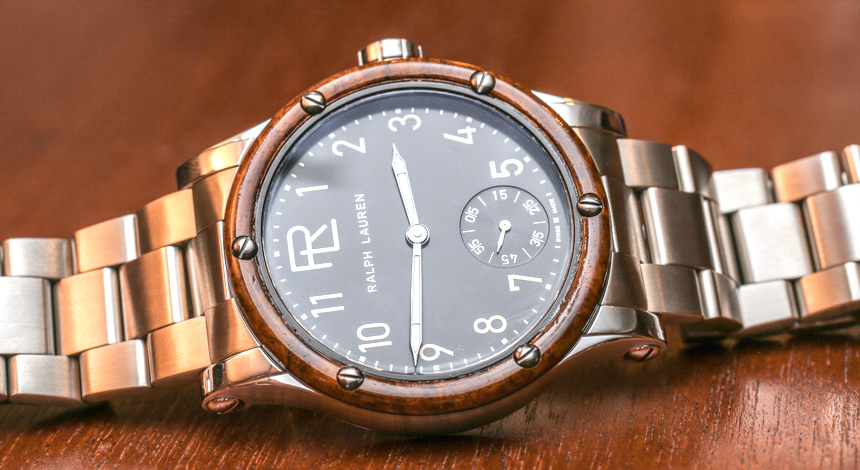 The wood bezels of these Ralph Lauren RL Automotive watches are uniquely made and screwed to the case. Their colors and textures are really nice and are easily the highlight of these timepieces. On the dial of the non-skeletonized RLR0220710 is a simple set of hands and hour markers in a vintage-style color (that is, luminant) with just the time and subsidiary seconds dial. I am still, however, not a huge fan of this particular Ralph Lauren logo, and much prefer the logo that the brand originally came out with on their timepieces. 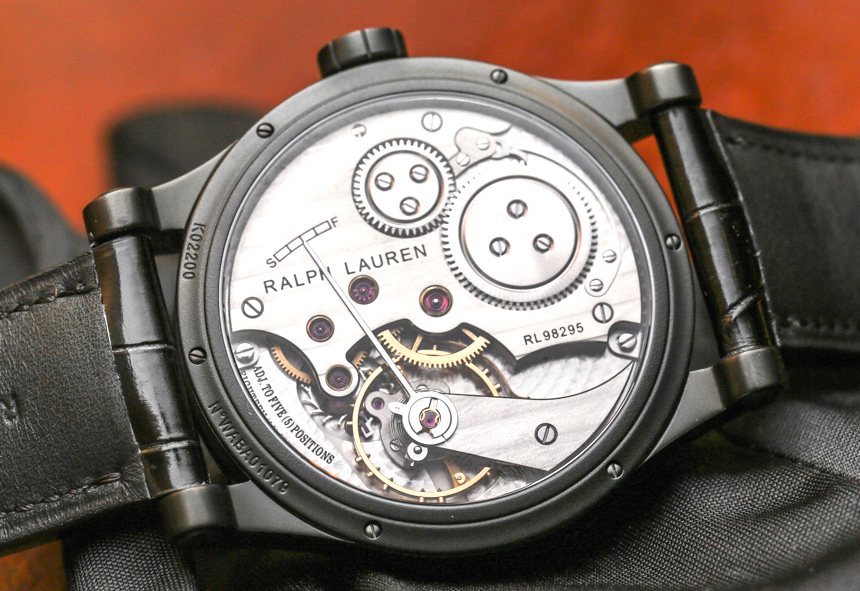 The RL98295 manually wound movement produced for Ralph Lauren by IWC is a vintage-style mechanism operating at 2.5Hz (18,000bph) with 45 hours of power reserve. Relatively basic, being produced from 156 parts, movements like this are specifically designed as homages to the past. I think it is nice but would prefer a slightly more modern movement, personally – even if it is simple in its execution. 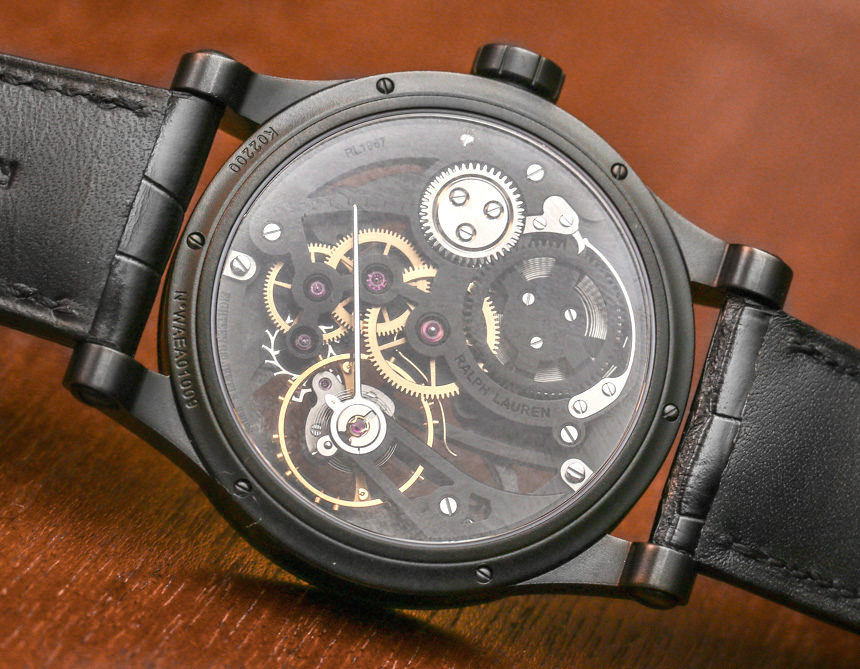 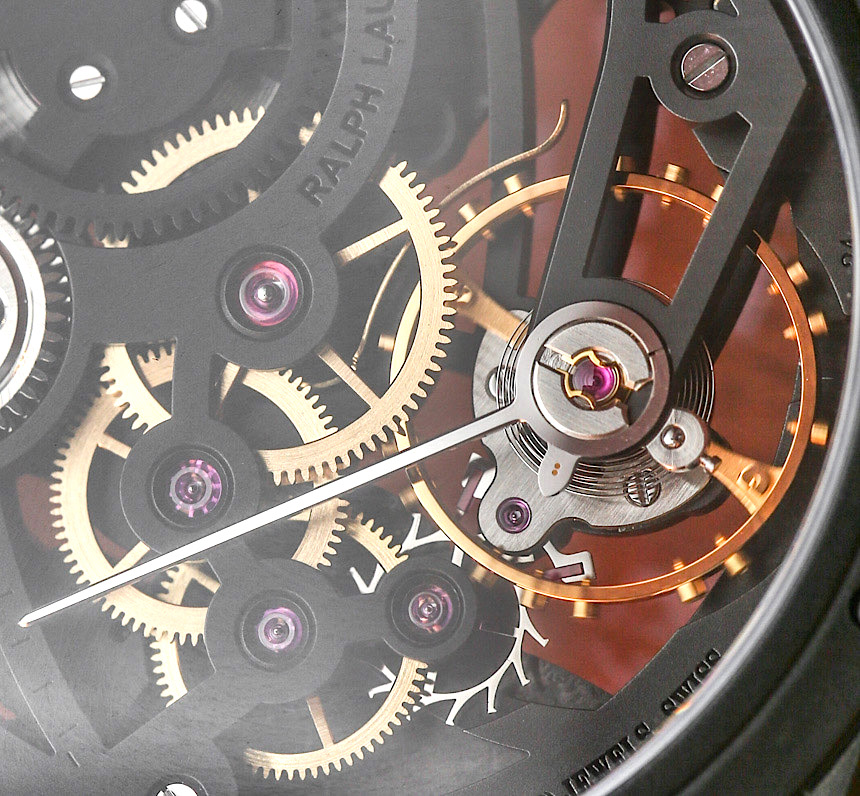 That same movement, however, gets rather uniquely transformed in ValFleurier for the Ralph Lauren RL Automotive Skeleton watch and is renamed the caliber RL1967. Was it necessary to rename the movement that much? The movement is given a unique skeletonization treatment because much of the movement parts mimic the matte black finishing of the case. You have some lovely color contrasting thanks to the brass and steel parts of the movement, along with red synthetic rubies. While I like the look of the RL1967 and agree that it is very photogenic, I wouldn’t describe it as the type of skeletonized movement that has a “luxurious feel” to it. Why? Well, it lacks the appearance of meticulous hand-finishing or decoration, it doesn’t use any precious metals or other materials, and it isn’t particularly complicated. No doubt it was complicated to make, but so are other skeletonized watches and some of those that look amazing cost the same or less. 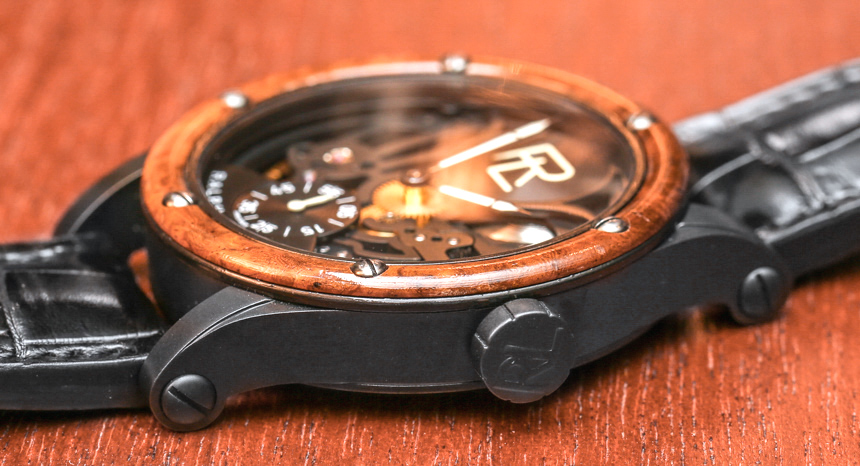 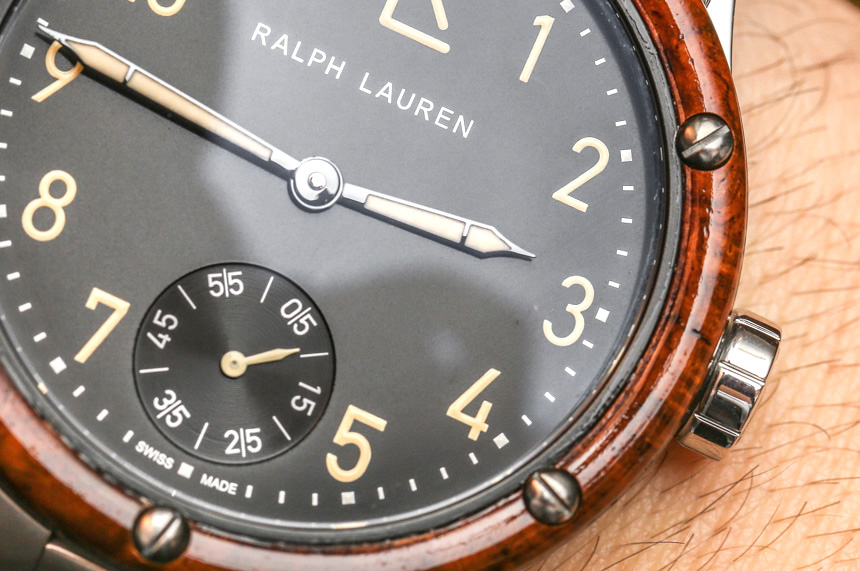