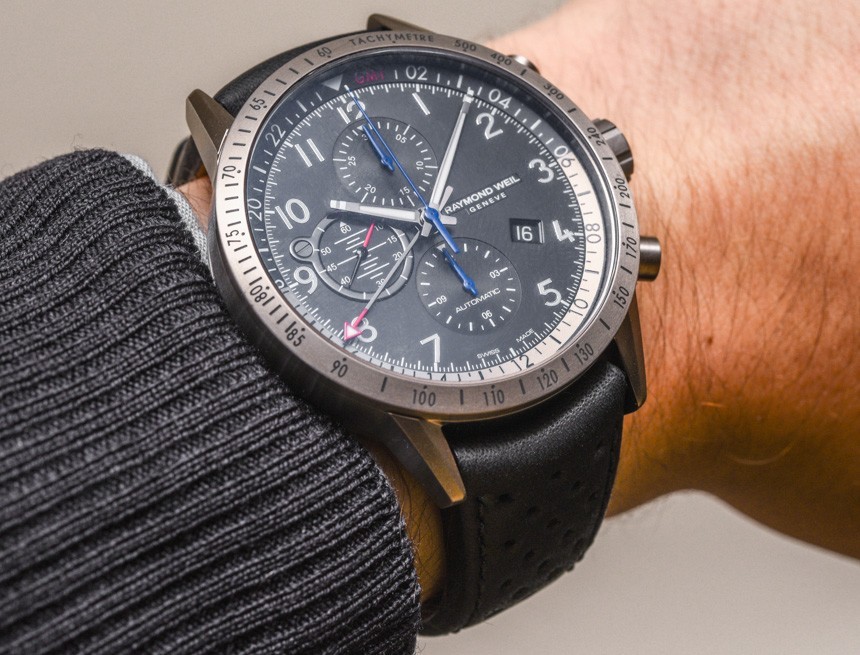 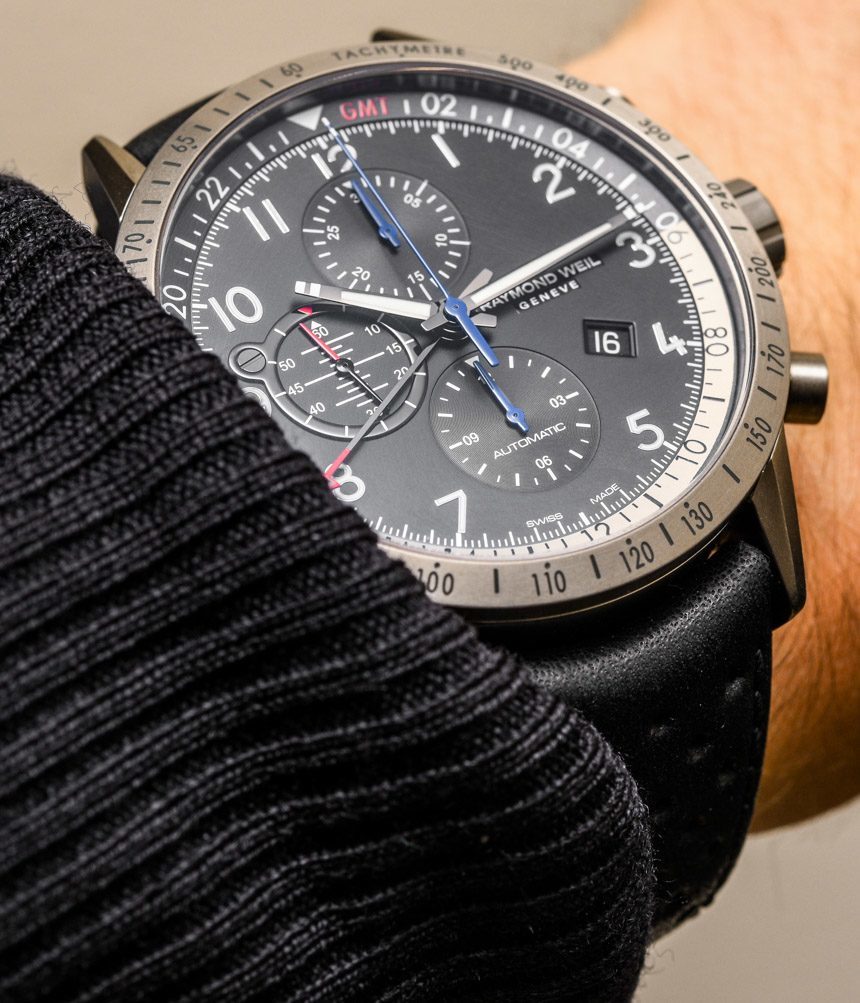 For their first pilot watch, Raymond Weil decided to partner with Piper Aircraft. Not that anything about the watch itself says or indicates Piper, but the airplane maker is in the official name of the watch, which is the Raymond Weil Freelancer Piper – and it exists as a limited edition. It isn’t clear why Raymond Weil decided to produce a pilot watch, or why it exists in the Freelancer collection. It is, however, not bad, and has some unique elements which help it stand out (if even just a bit) from the larger context of Swiss pilot-style mechanical watches. 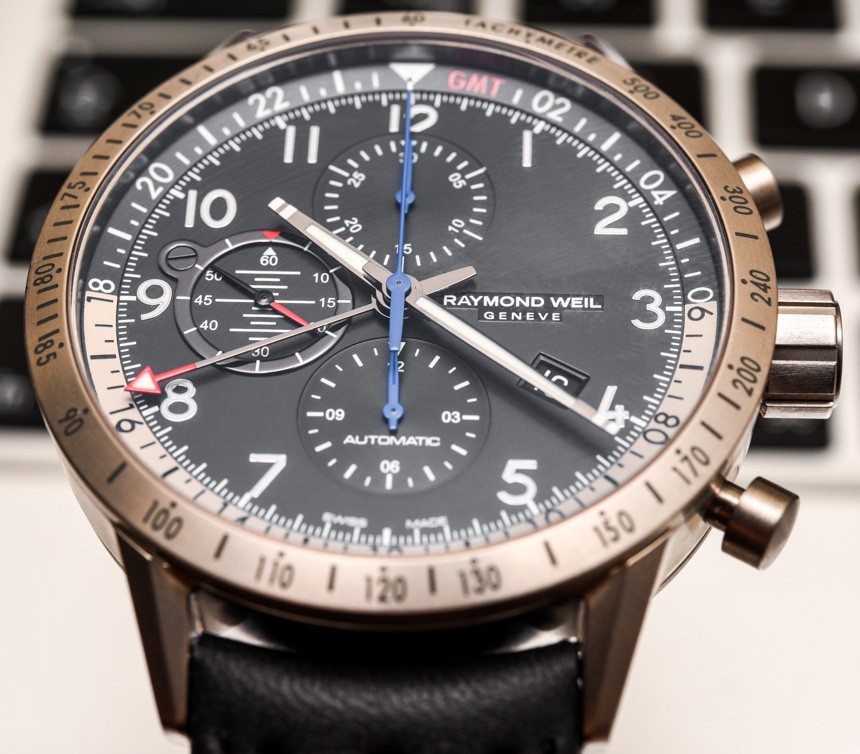 I should also mention that I am happy to see Raymond Weil doing something new. It has been a while since we’ve covered a new sports watch from the brand – which, for the most part, exist in their Nabucco collection. You might recall that we recently covered the brand’s first tourbillon, which was the Raymond Weil Nabucco Cello Tourbillon (hands-on here). So what about the Freelancer Piper? 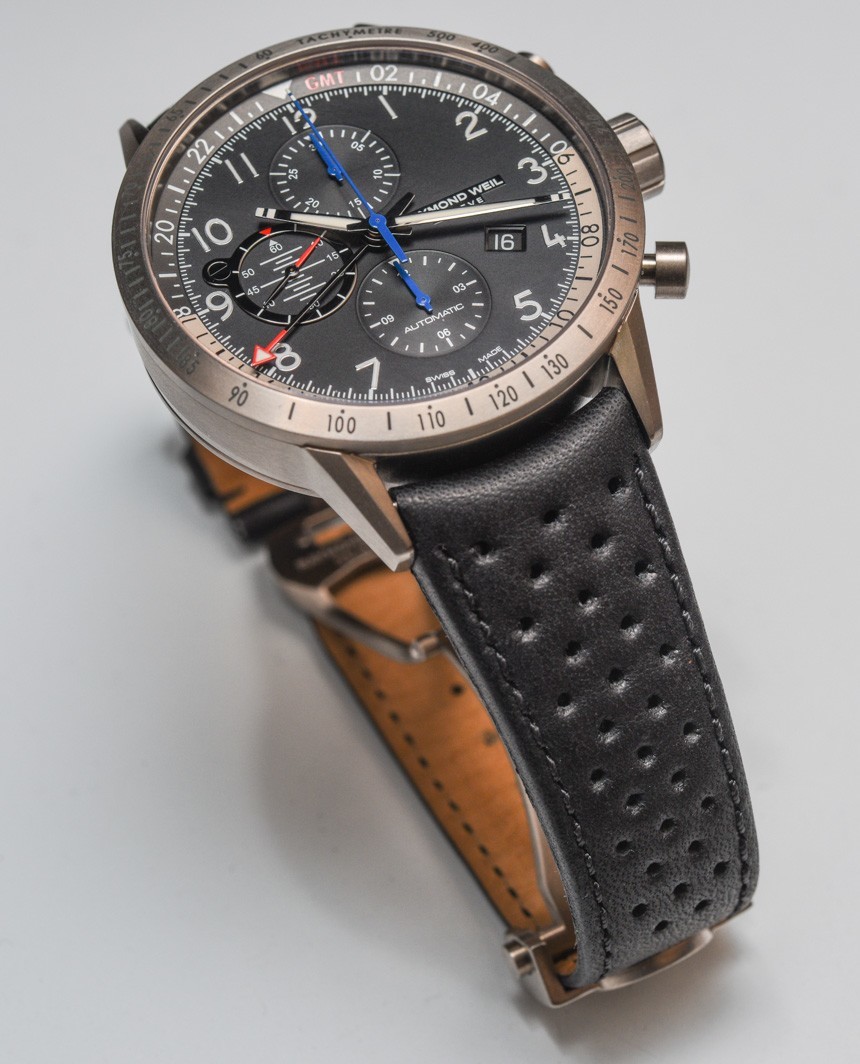 aBlogtoWatch’s Patrick Kansa first covered the Raymond Weil Freelancer Piper pilot watch here. Upon debuting the watch, it was difficult to come to a total conclusion on it, since we’d really never seen anything like that from Raymond Weil. Even as a limited edition, it was curious for us to understand how Raymond Weil wanted to differentiate their pilot watch from the many (many) others which exist out there for sale. Now, luxury Swiss sport watches are a popular but crowded area. I don’t know if after reviewing the Raymond Weil Freelancer Piper I can answer the question of “why it exists or how it fits into the brand’s larger strategy,” but I can share my feelings on who this watch might be good for. 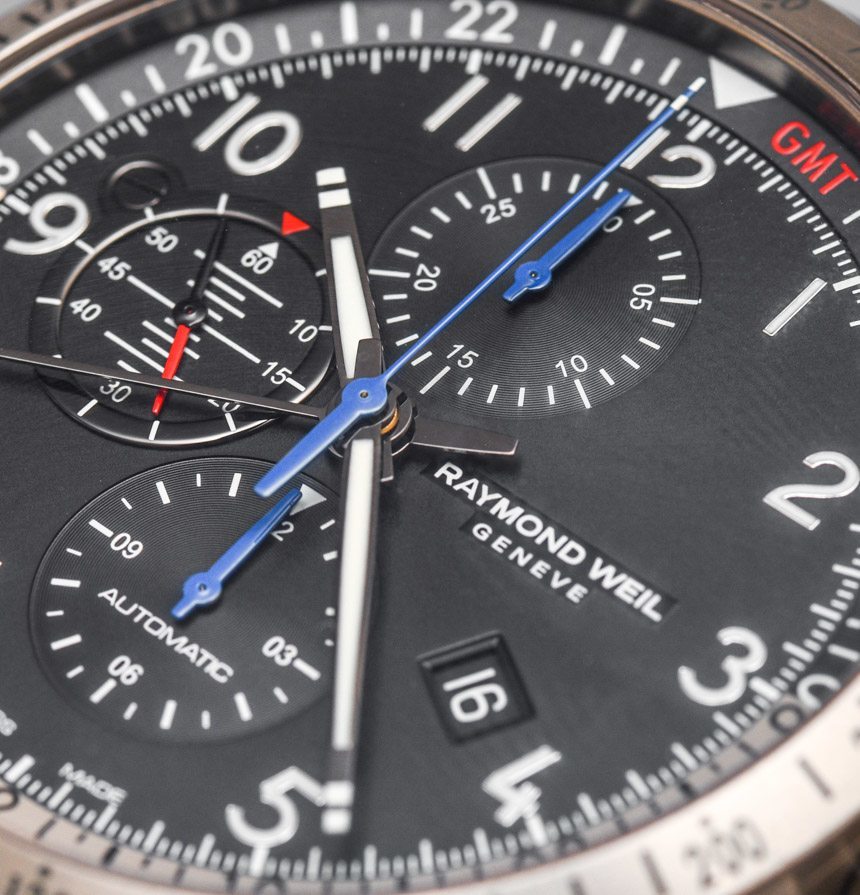 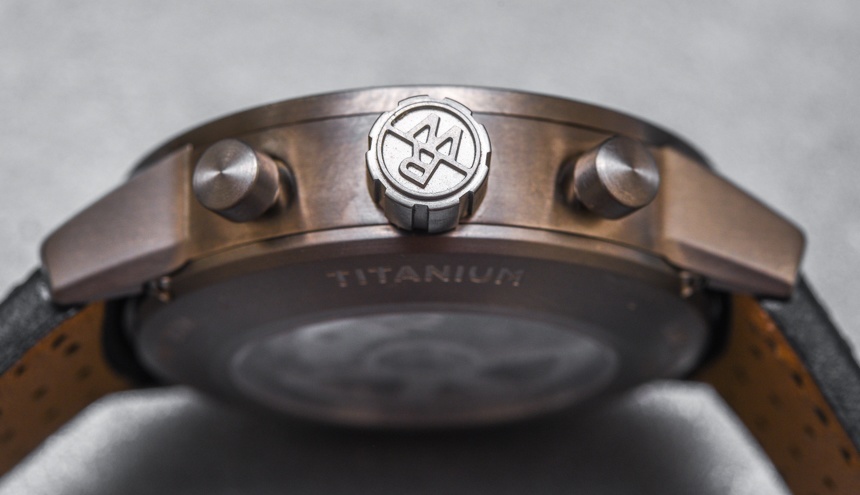 The purpose of a pilot watch these days seems to be mainly as an object that allows pilots and aviation enthusiasts to celebrate their passions. No pilot really needs a mechanical pilot watch, and those that do wear watches for professional use often rely on digital or quartz watches. Like sailing or boating watches, pilot watches are very much lifestyle emblems. With that often comes a host of design cues meant to recall the world of aviation. This can either be plane-inspired design elements on the watch, or a design that echoes the look of cockpit instruments. Sometimes watches are a combination of both – as seems to be the case with the Raymond Weil Freelancer Piper. 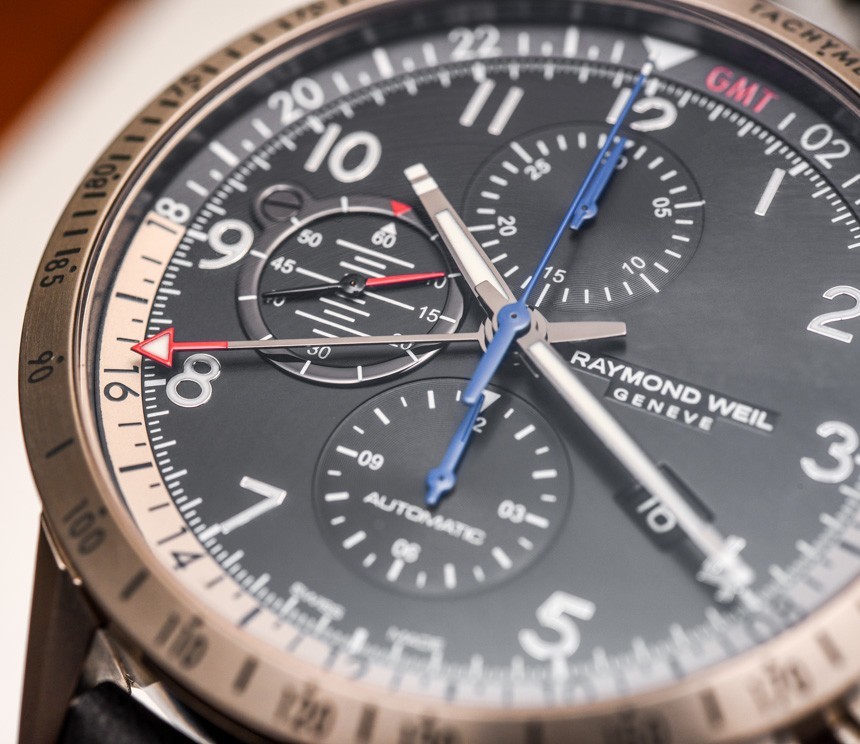 At 45mm wide in titanium with some steel parts, the Raymond Weil Freelancer Piper wears boldly, but rather comfortably. While modern in terms of angles and finishing, the case is nevertheless rather traditional in its actual design, with simple pushers and lugs. This is almost an intentional contradiction which makes the overall composition of the design something that each person will have to personally evaluate whether or not they like. So, basically, you have a traditional looking case that is on the larger side and in titanium at 13.7mm thick. 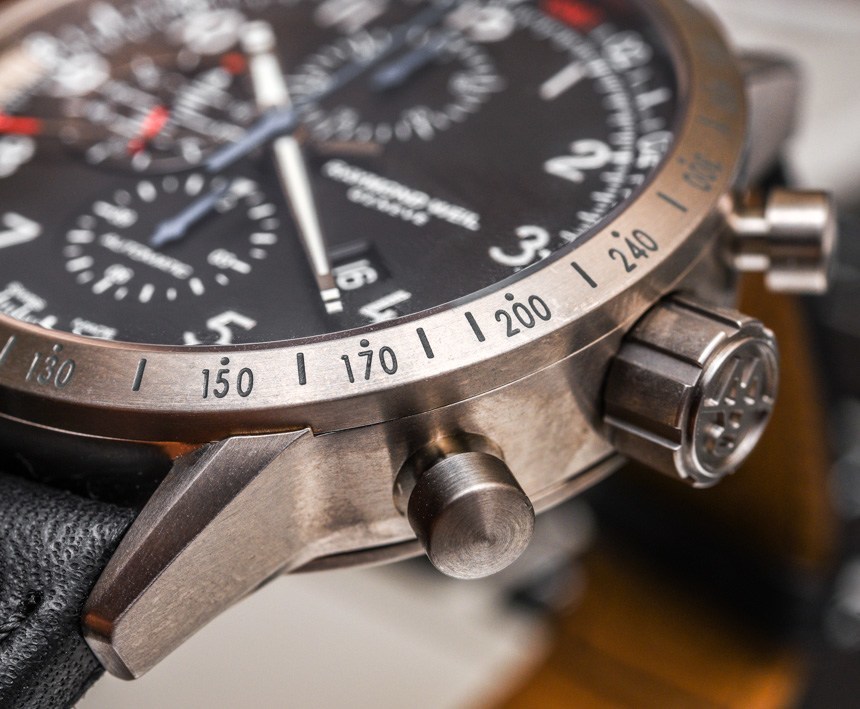 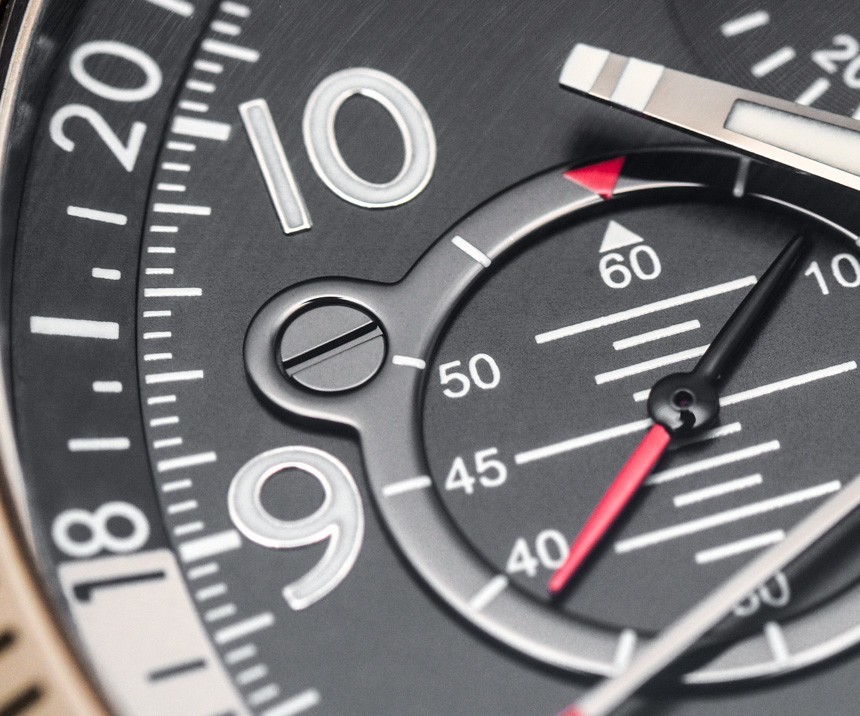 I do appreciate the 100 meters of water resistance that I feel is a minimum for “real” sport watches. It irritates me when there is an otherwise great looking sport watch that only has 50 or even 30 meters of water resistance. That just screams “for sport-looks at dinner and the office,” and I really want to think any sport watch I wear can at least survive a dip in the pool or ocean. Over the dial of the Raymond Weil Freelancer Piper is a domed sapphire crystal with a handsome amount of AR-coating. I appreciate the lack of distortion and glare. 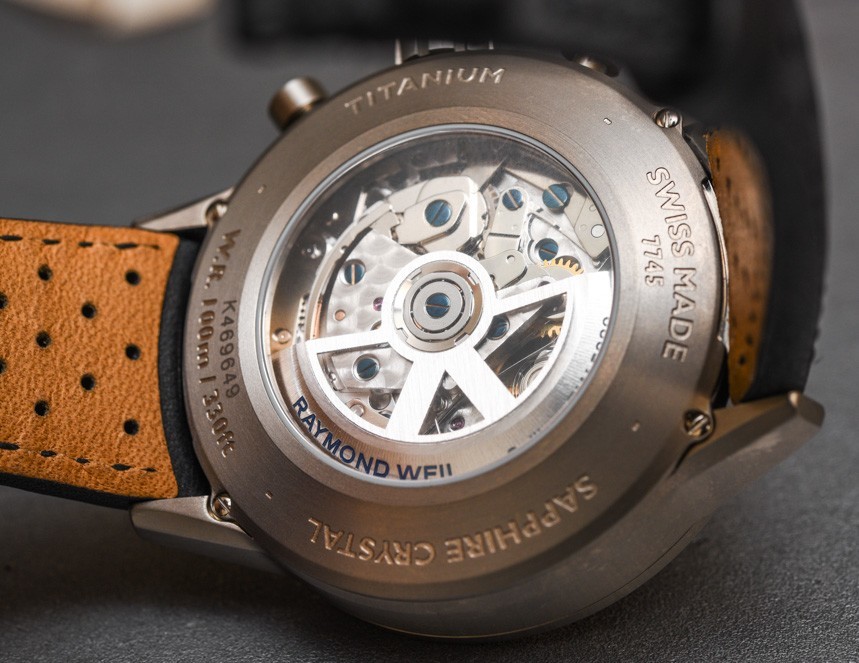 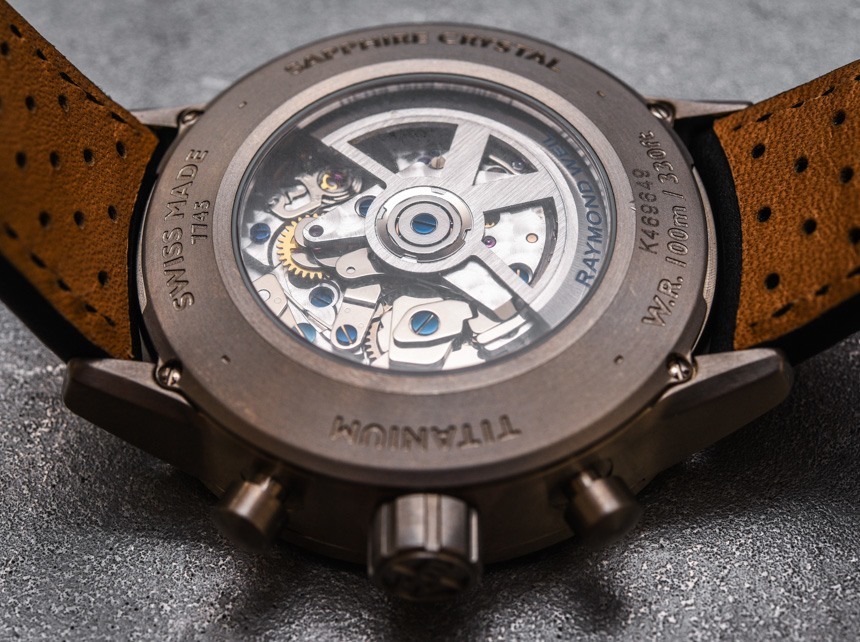 Inside the watch is a modified Swiss ETA Valjoux 7750 automatic movement. Raymond Weil calls this their caliber RW5020, and it is basically a 7750 with a GMT hand. You can see the movement – which is decorated nicely – through the sapphire crystal caseback window. The movement provides the time, 12-hour chronograph, date, and GMT hand. There is a black and silver scale for the GMT hand around the periphery of the movement which adds a nice dimension to the design. With that said, in my opinion there are a few too many markers on the GMT scale for it to be easily read at a glance. That means it is more difficult to read the hours in the 24-hour format with the smaller red arrow-tipped GMT hand.