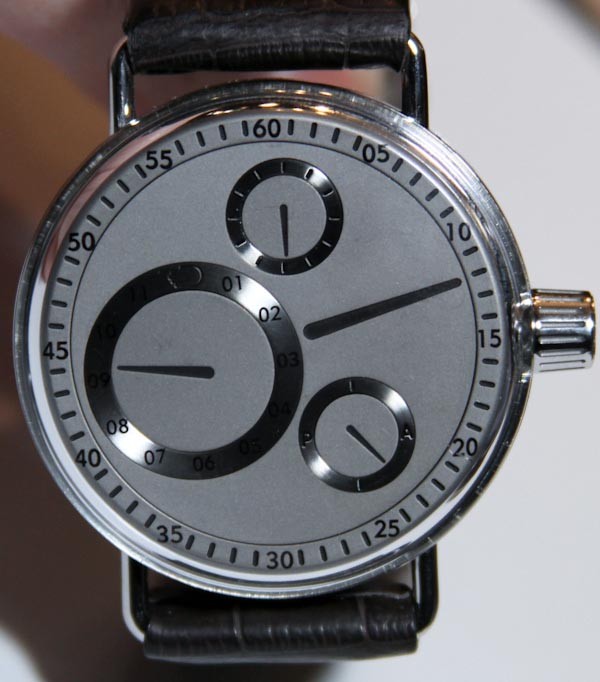 Last year at Baselworld I learned about this new brand called Ressence. It sort of slipped through the cracks of coverage, but then I was able to speak directly with the brand’s friendly Belgian founder Benoit Mintiens. In addition to explaining to me how Belgium is known for more than just waffles and how their chocolate is better than that of the Swiss, he walked me through his timepiece. To be clear, I am not sure the exact name of the watch. Sometimes it is referred to as the “Platform watch,” and on the Ressence site, the watches are differentiated only by color being called Type 1001, Type 1002, etc… For now I will just call it the Ressence watch… the one and only.

The concept is fluid and unique – and there is nothing else quite like it. The watch case is 42mm wide in either steel or titanium. Both the top and bottom of the case are cover in highly curved pieces of sapphire crystal that look like caps. The lugs stick out and have nice looking straps attached to them… very little on this watch looks like anything you’ve ever seen. In fact, the Ressence watch would be interesting enough it where just for the dial, but Benoit wanted to make all parts of the watch quite unique in and of themselves. 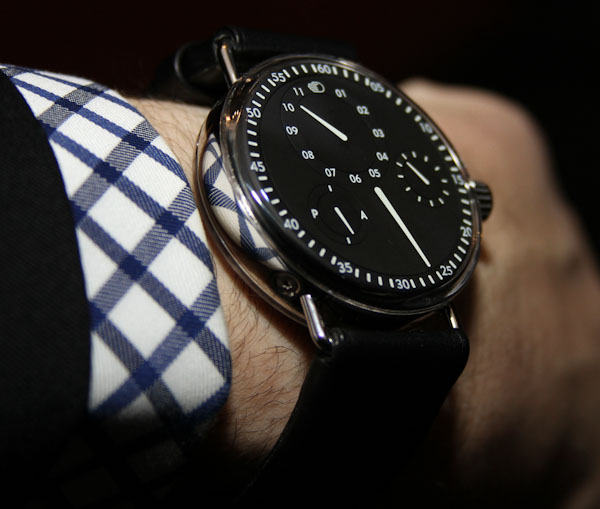 Aside from the four dial colors, Ressence seems to offers healthy amount of customization options. For example, they indicate that you can order a watch with the crown at 3 o’clock or 9 o’clock (righty or lefty version). There are various straps, and you can swap them out yourself if you like. The lugs come out via nearby screws in the case. 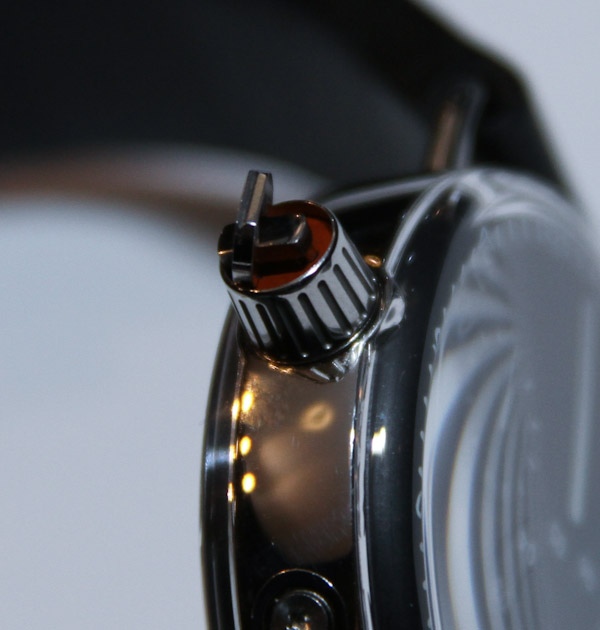 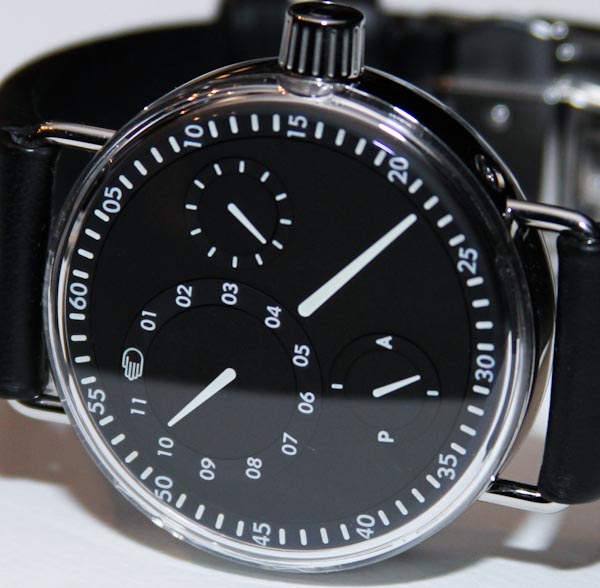 Let’s talk about the dial as I am sure your interest lays there much more than the case. The dial has the hours, minutes, seconds, and AM/PM indicator – each on a separate dial in a regulator watch fashion. Everything is on a disc, so the dial is almost totally flat (in a good way). It has a really modern feel to it that I really like. But it doesn’t stop there. As you can see in the video I took, the entire dial changes as the time changes. Where else have we seen this recently? In the much more expensive Harry Winston Opus X of course. Ressence made the idea work in a rather slick way. I have to say the piece impressed me. Even the entire back of the watch (under the sapphire crystal) moves around as the automatic rotor. Ressence is really about regular movement – and it shows. In the future, I understand Ressence will extend this concept with more complications, etc… I also like the little “helping hand” logo.

Powering all this is a heavily modified Swiss ETA 2824 automatic movement. Ressence makes a lot of changes to the base movement. Aside from the obvious on the dial, they use ceramic ball bearings, and the entire disc/satellite system uses lightweight aluminum. I understand that getting the dials to be relatively flush was a pain in the ass to say the least. With all that is going on, the watch isn’t too thick at 13mm. 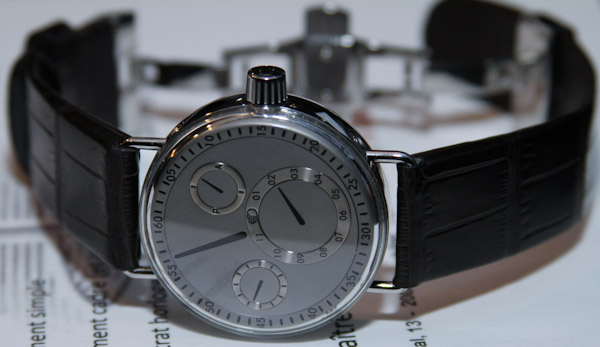 A weird (weirder?) part of the watch is the crown. It doesn’t pull out as normal but requires you to “open” it up with the tip of your finger nail. You can then adjust the time. A bit of over engineering? Maybe, but hey, we are talking the high-end watch industry here! We appreciate that sort of thing. My top choice is the Ressence Type 1001 with the black and white dial. It looks the most spacey and modern. The seams between the discs are hard to see unless you are looking right at it… so everything just seems to float around mysteriously. It is a great timepiece that I would wear (and enjoy becoming accustomed to reading) a lot of the time. What Ressence did is not just create something different the eschews function, but developed a new concept that is meant to work as well and effortlessly as standard timepieces that you are used to. Price is somewhere around $13,000.