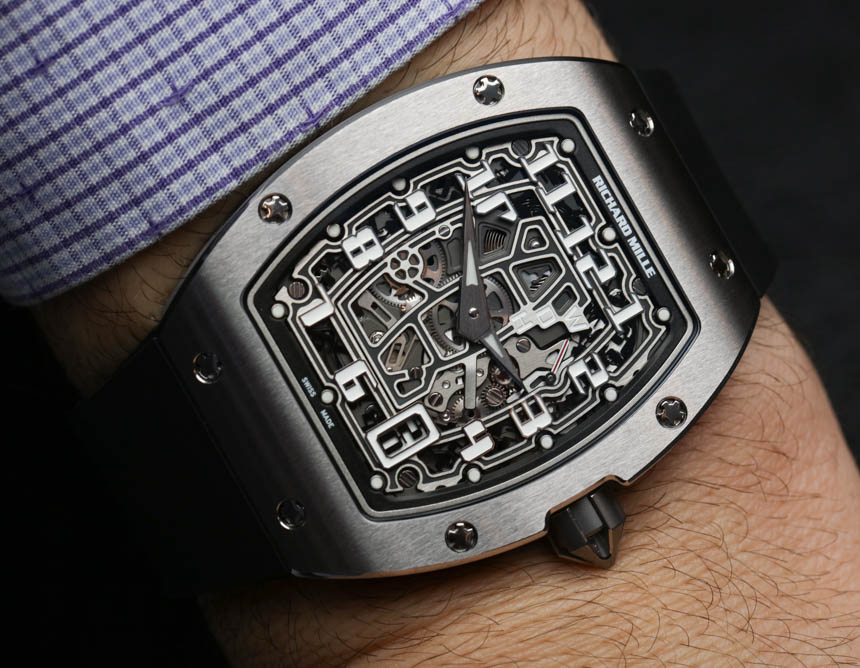 The 2016 Richard Mille RM 67-01 Automatic Extra Flat watch is what a quasi-entry-level Richard Mille watch looks like these days. Thin on the wrist and bristling with brand DNA, the RM 67-01 (aka RM67 or RM67-01) isn’t by any means cheap, but is isn’t over $100,000 either (well, some versions are). It’s also very comfortable and cool, with its distinctly modern lines and emphasis on showing as much of the movement and fancy Richard Mille bridge-work as possible. 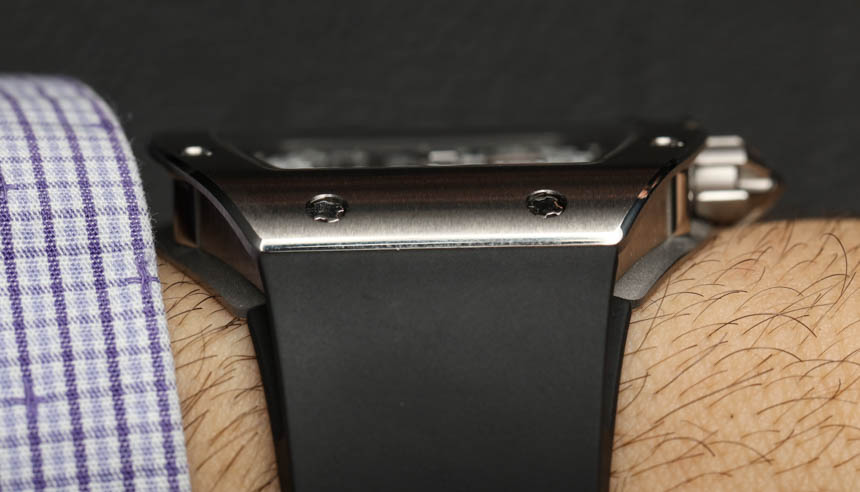 To understand the case design of the Richard Mille RM 67-01 Automatic Extra Flat watch, you need to look at both the iconic Richard Mille RM 010 and the RM 016, even though there are other evolutionary Richard Mille watches of importance. The RM 010 helped solidify the modern tonneau case shape style the brand is known for, and the RM 016 was meant to be the brand’s original thin model in a mostly rectangular case (later joined by the thin and round RM 033). Combine these two watches’ case designs, and you have the RM 67 which is both thin and tonneau-shaped. On the wrist, it works surprisingly well as the Richard Mille RM 67-01 Automatic Extra Flat, with its titanium case material and snug fit against the wrist. If there is anything I can’t take issue with about Richard Mille watches, it is their dedication to wearing ergonomics. 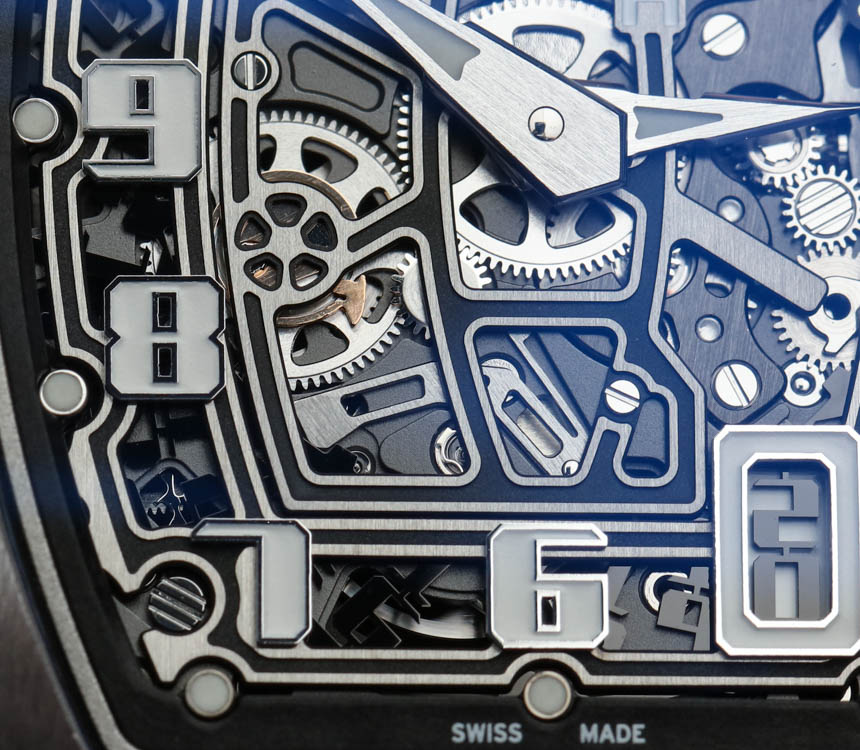 Richard Mille isn’t trying to break any record with the RM 67, but rather the brand aims to make a comfortable and distinctly Richard Mille timepiece which is easy to wear on a daily basis. The case (without the crown) is 38.70mm wide and 47.52mm tall. As an “Extra Flat” watch, the Richard Mille RM 67-01 is 7.75mm thick. Again, that isn’t a record-setting level of thinness, but it is certainly slim (just not “extra slim”). Case finishing is typically immaculate, with oodles of detailing such as the edge-beveling on areas like the crown. In addition to the titanium model you see here, I am pretty sure that an 18k rose gold version (among other materials) of the Richard Mille RM 67 is coming soon. 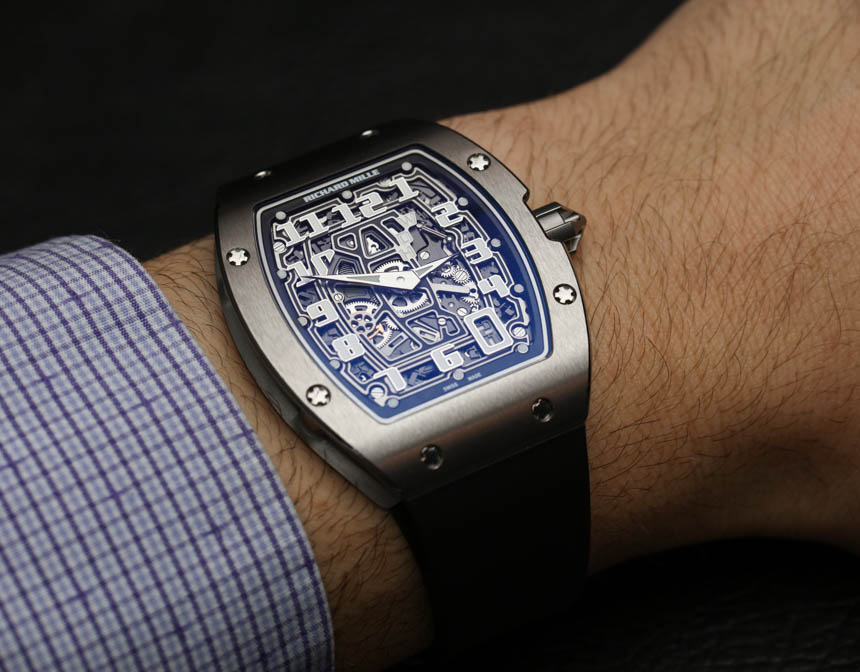 Richard Mille likes to go wild with proprietary elements such as screws and other systems which make it all but impossible for other watchmakers to service the watch outside of Richard Mille. Isn’t that part of the fun of getting a high-end car or timepiece? Inside the Richard Mille RM 67-01 Automatic Extra Flat is a new movement developed specially for Richard Mille by Les Breuleux, and it is the caliber CRMA6 automatic. The CRMA6 movement is 3.6mm thick, and I believe it operates at 4Hz with about two days of power reserve. 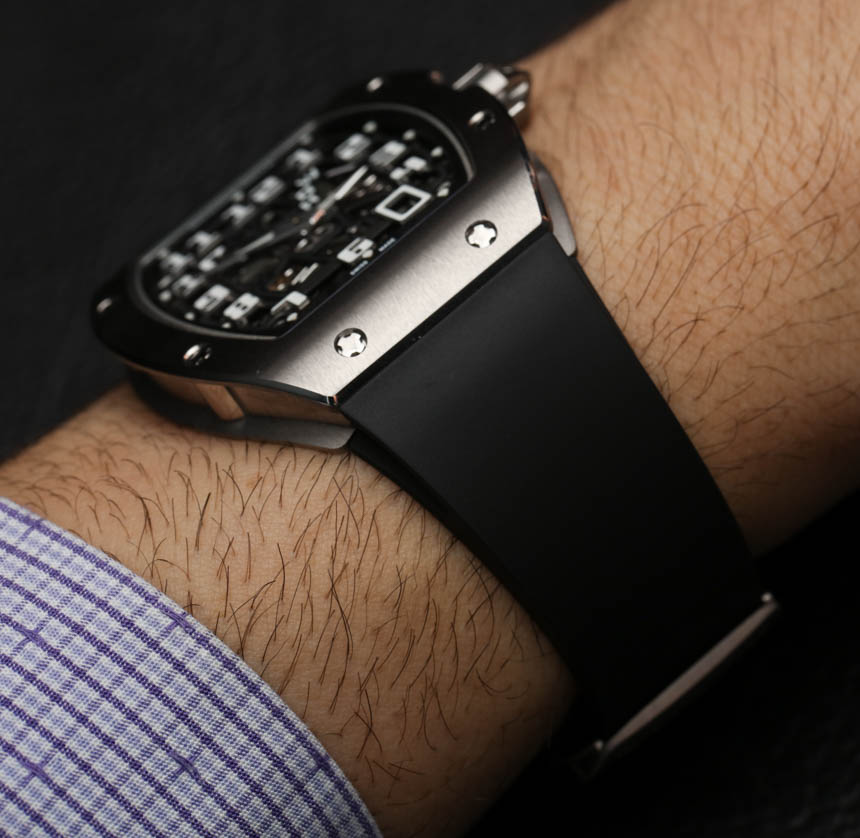 The movement design is rather vivid, using mostly titanium bridges and a combination of black-colored and “plasma-cut” pieces to achieve that ultra-modern look we tend to associate with the Richard Mille brand. Note that the automatic rotor is solid platinum. The movement itself actually has a tonneau shape to match the case. Functionally, the CRMA6 movement offers the time with hours and minutes (no seconds), the date (window at 5 o’clock), and a crown selection indicator near 2 o’clock. The dial is very busy with all kinds of skeletonization going on. With that said, the hands and hour markers are richly coated in SuperLumiNova. I will go so far as to say that this watch is likely more legible in the a dark (with charged lume) than in bright light. Though, it does look cool in the light as well… 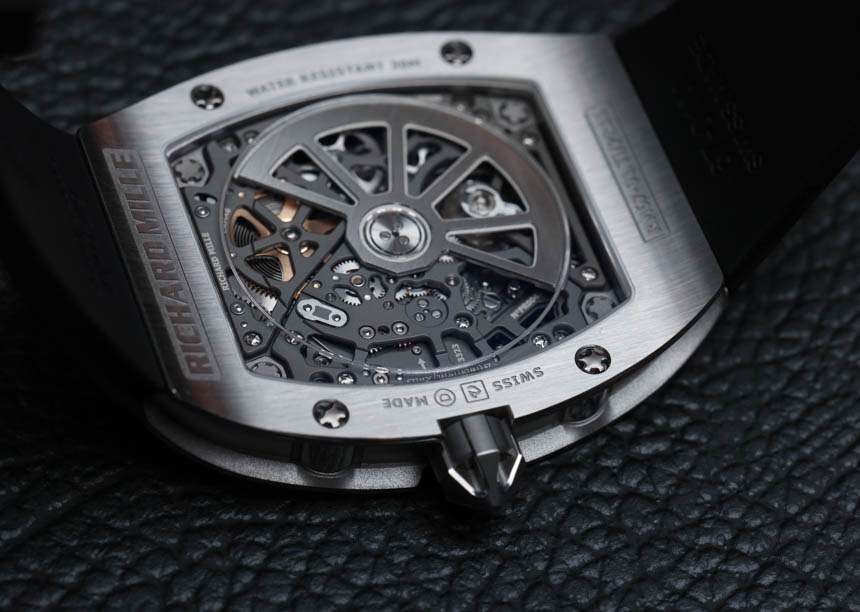 Richard Mille spent a lot of time talking about the RM 67 case and how complicated it was to machine and produce. The operative number is “215,” indicating the number of machine operations necessary to make each one. It is true that watch cases such as this are inherently very complex and such complexity increases the cost and time of production by impressively high degrees. 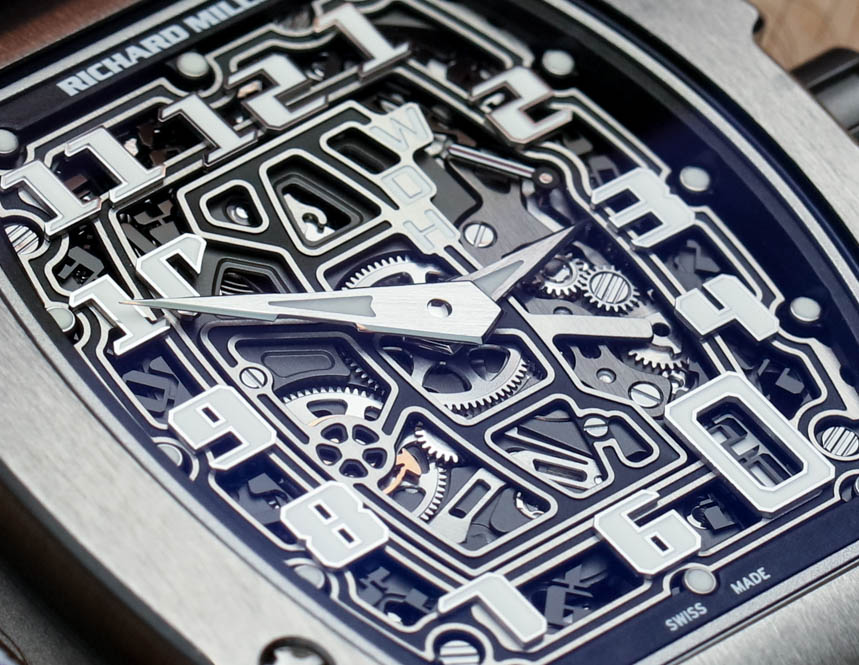