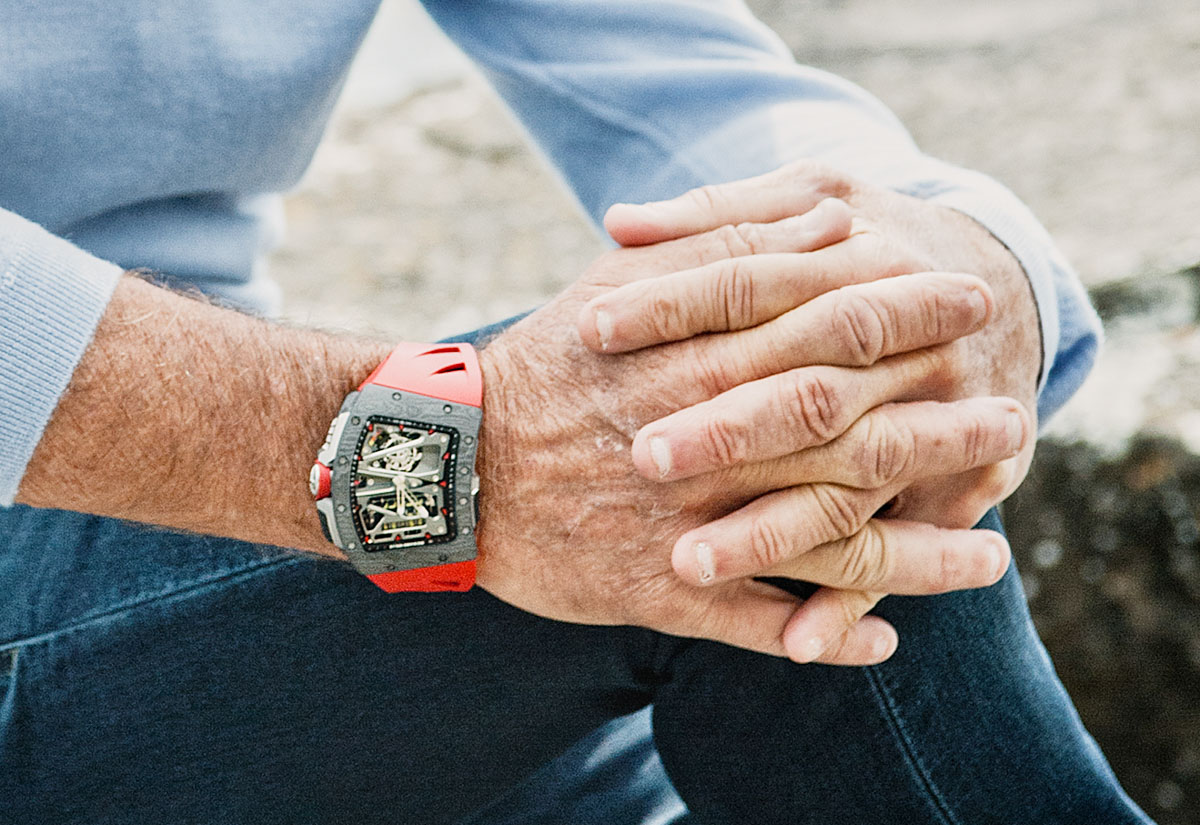 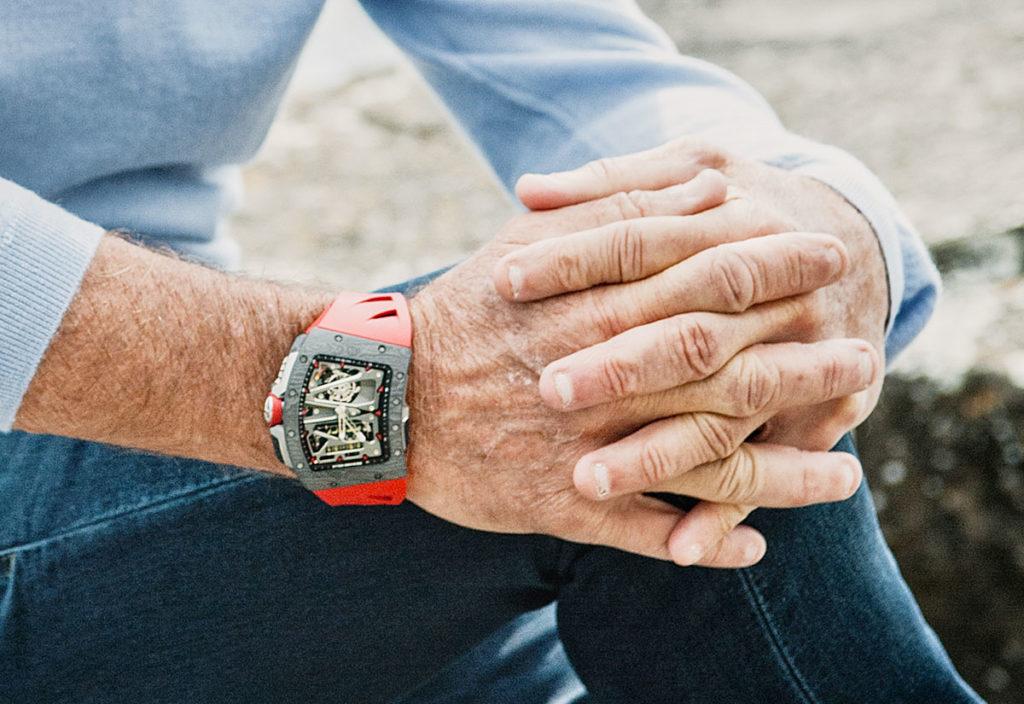 Today, Richard Mille debuts their first watch aimed squarely at the world of cycling (it even comes with a bike when you buy it). It is the RM 70-01 Tourbillon Alain Prost, and with its interesting “swoosh” case design, seems to have answered the question of “what if Richard Mille made one of those hand-held tally counters” – like the ones often used by event door men to count the number of people attending. It will be the ritzy modern-looking “super watch” brand’s latest toy to get its fans talking about the brand, as well as an exciting new look by the brand into the world of cycling. 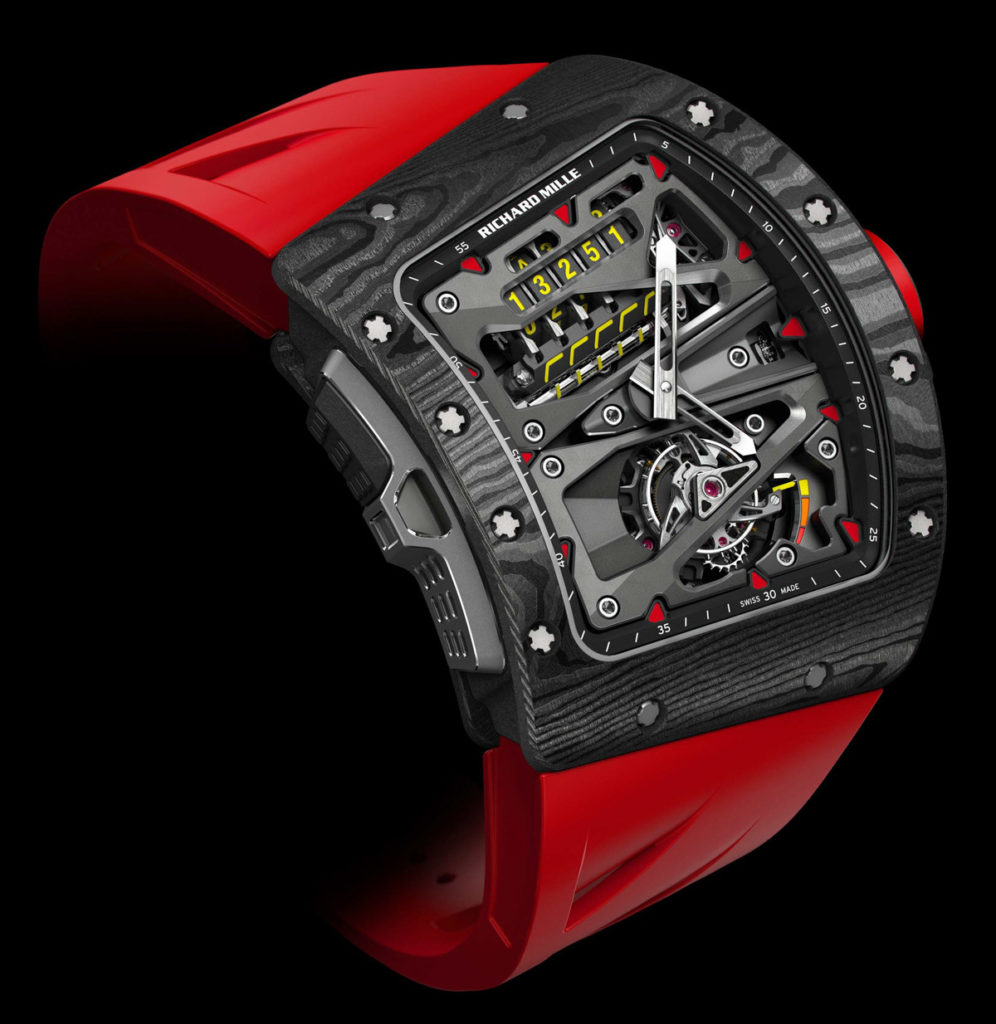 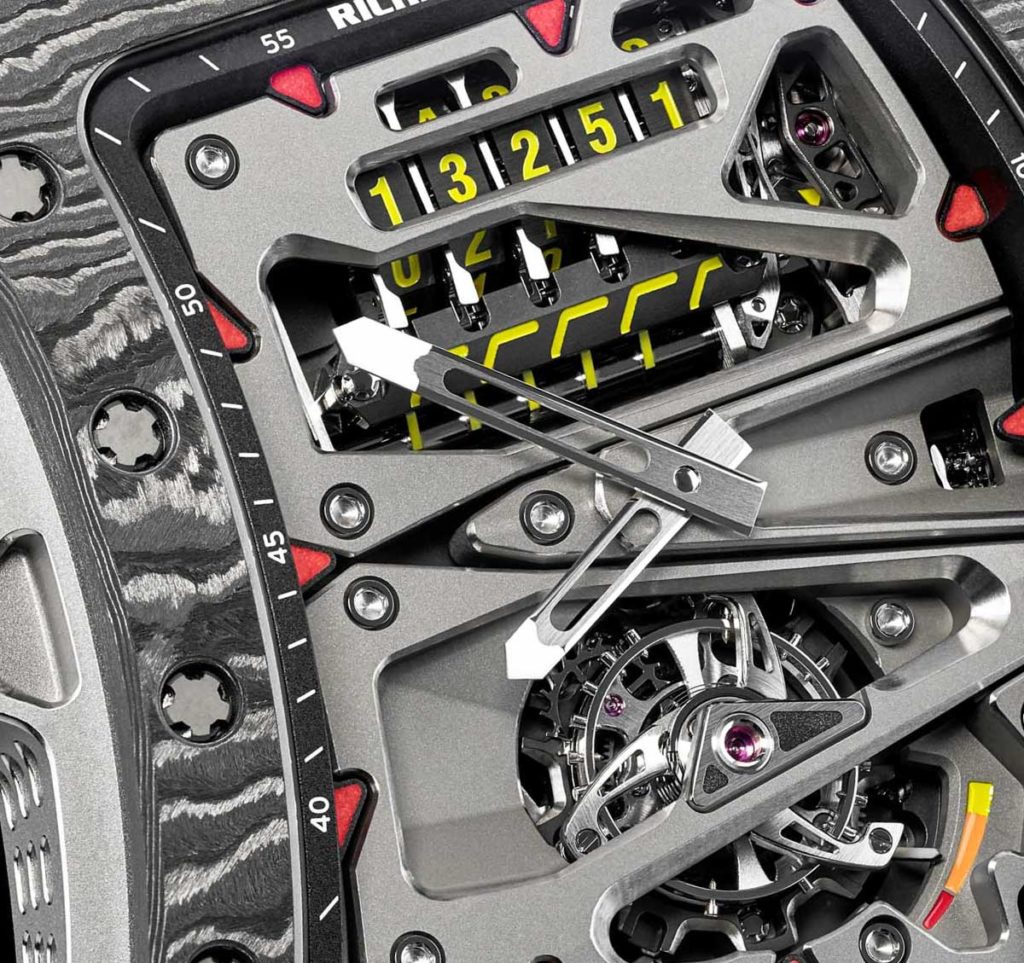 This is going to be one of those weird and very rare Richard Mille watches everyone spends a few weeks asking why Richard Mille decided to make 30 of them, and whether or not the brand is losing their mind. In a few years from now, people will be remarking on the genius of the watch, all but forgetting their initial skeptical reaction to it. I can’t imagine how the entire concept of the watch didn’t begin as the product of a phone call between Richard Mille and Alain Prost, with one of them bringing up, “how do we make a watch for when you are on a bicycle. Why is there no Richard Mille tourbillon for cycling?”

My regret (as someone who likes bicycles) is that the innovation (outside the design – which might be the real winner here) in the watch is an incremental digital counter which Richard Mille relates to being like an “odometer.” Don’t overthink this. A panel on the dial has five rollers and is the display of the “totalizer.” Basically you manually enter each mile (or whatever you want to count) on the “horological odometer” and be on your merry way. Richard Mille says for example that cyclists can manually enter each mile they rode after the fact. How are they going to learn this? Probably by referencing a digital device that is recording the numbers of miles traveled – and that can keep track of this information anyways. 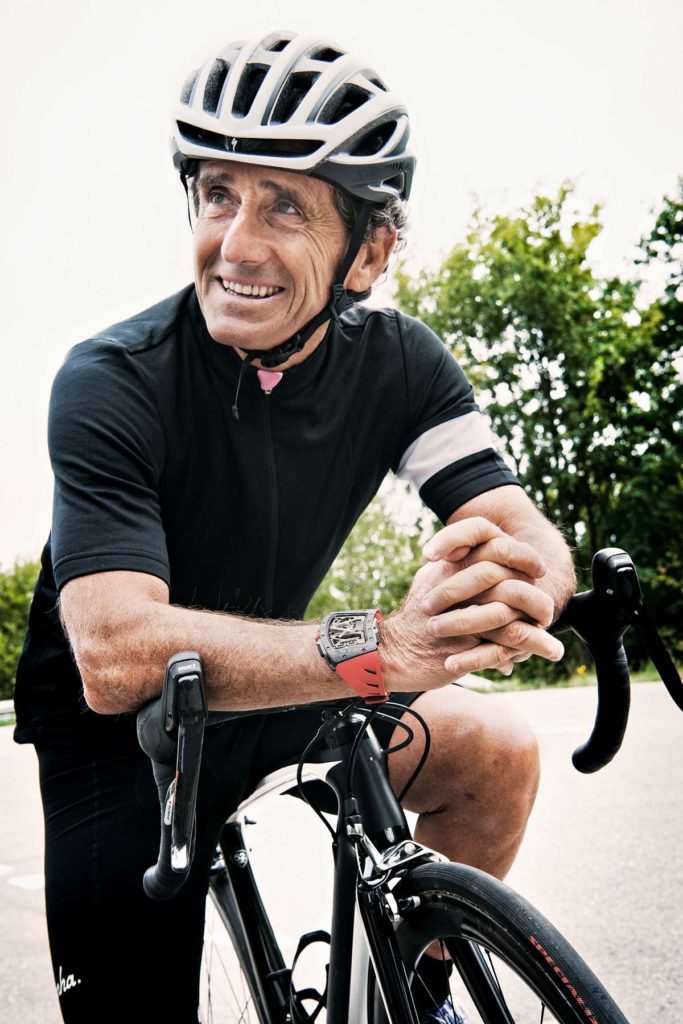 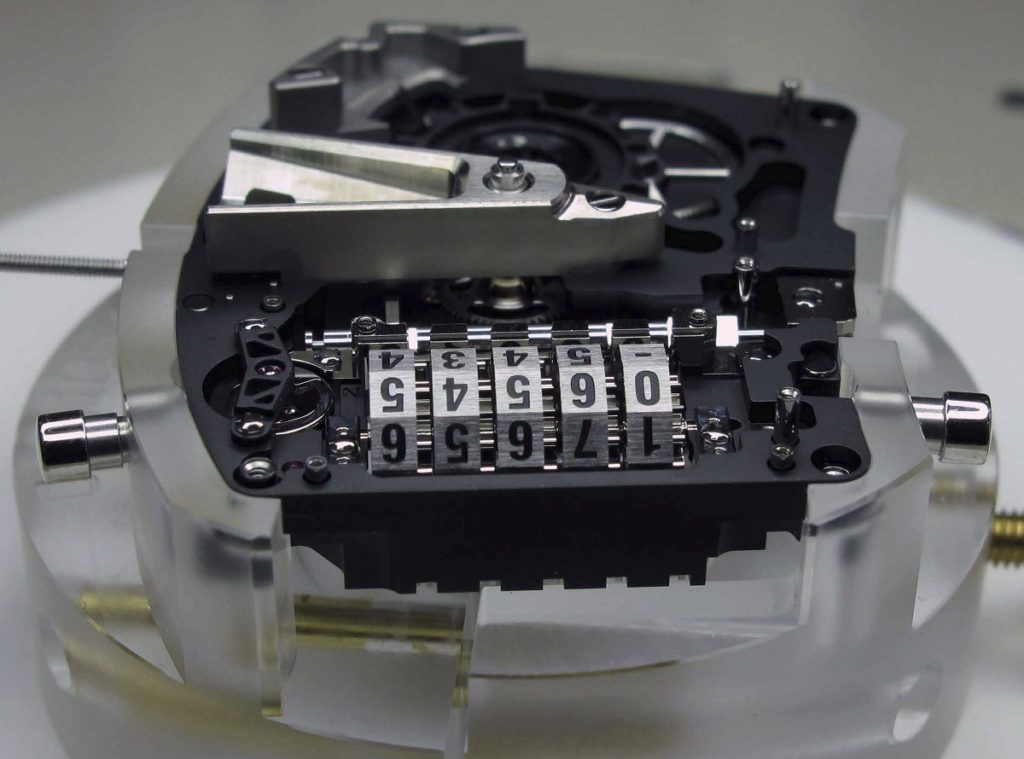 Richard Mille no doubt has other (let’s imagine they are nefarious) uses in mind for this totalizer complication. What if this were a watch for hit men or mercenaries to track their body counts? Or what if something much more mundane happens and people who own one of these rare luxuries will enjoy the uncommon experience of this exotic fidget spinner allowing you to count as high and pretty much anyone can in one sitting… and then resetting the total to zero. C’mon, it is about as cathartic as idly spending time on a casual smartphone game.

Richard Mille isn’t ignorant of the fact that the totalizer isn’t the most exciting innovation in the world of watches, but they do stress the upsides suggesting that the rollers align very precisely, that the system is designed to prevent “accidental manipulations,” and a lock to ensure overall stability. In other words, Richard Mille wants you to know that the process of pressing in digit after digit via the case button is going to feel incredible for all those tactile mechanical button fetishists (we know who we are). 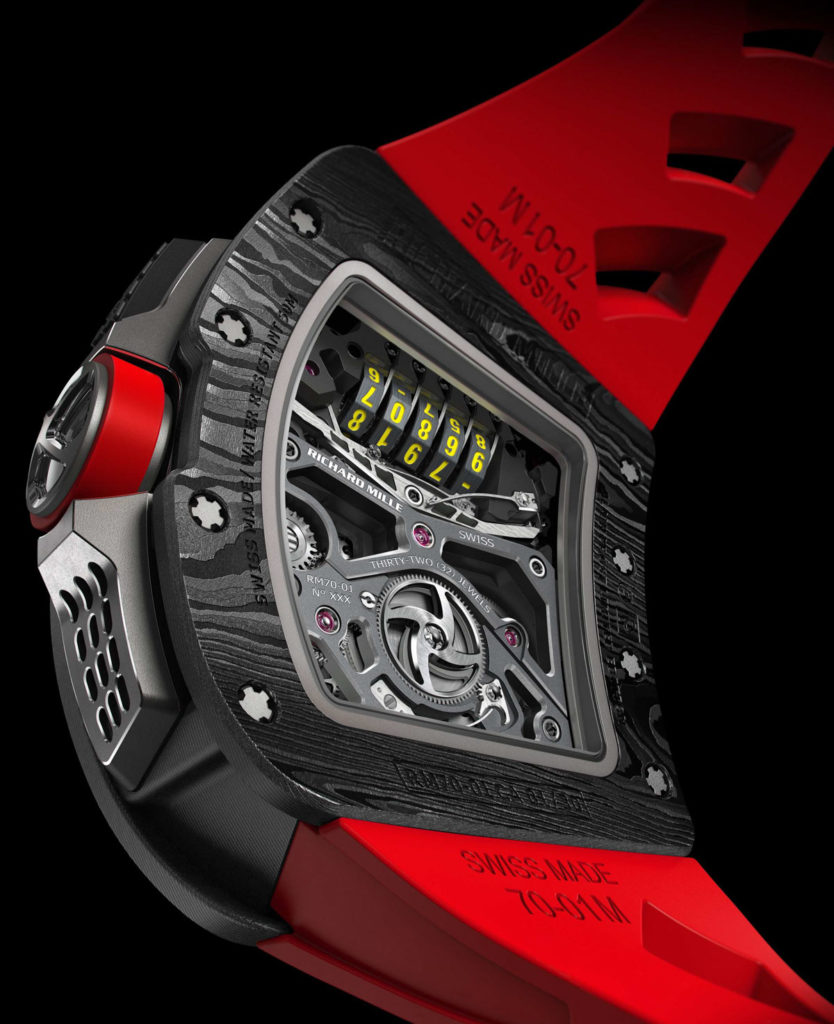 It wouldn’t be a novel Richard Mille sports watch without a tourbillon, which the RM 70-10 isn’t missing. The manually-wound 3Hz tourbillon-escapement caliber RM07-01 movement has 70 hours of power reserve and indicates just the time. Most of the movement architecture is produced from titanium, and its appeal is very much in the design. Again, this watch is supposed to be the prestigious super high-end lifestyle sports watch maker’s first foray into the world of cycling (which, mind you, is only modestly tapped by the luxury watch industry today), so it needed to be as on-theme as possible.

Richard Mile actually took inspiration from bike pedals for the design of the movement – which you can sort of see. The movement offers just the time, but also has a discreet power reserve indicator near the tourbillon. The “Mechanical Odometer” is technically its own system and can measure up to 99,999 Km (or whatever else you’d like the numbers to represent). 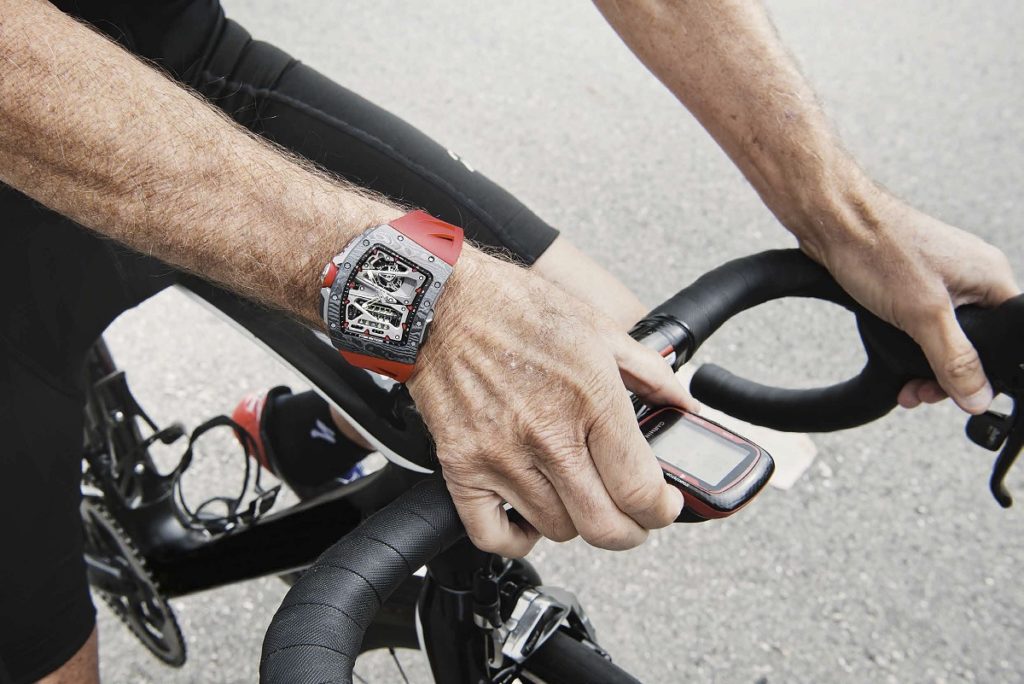 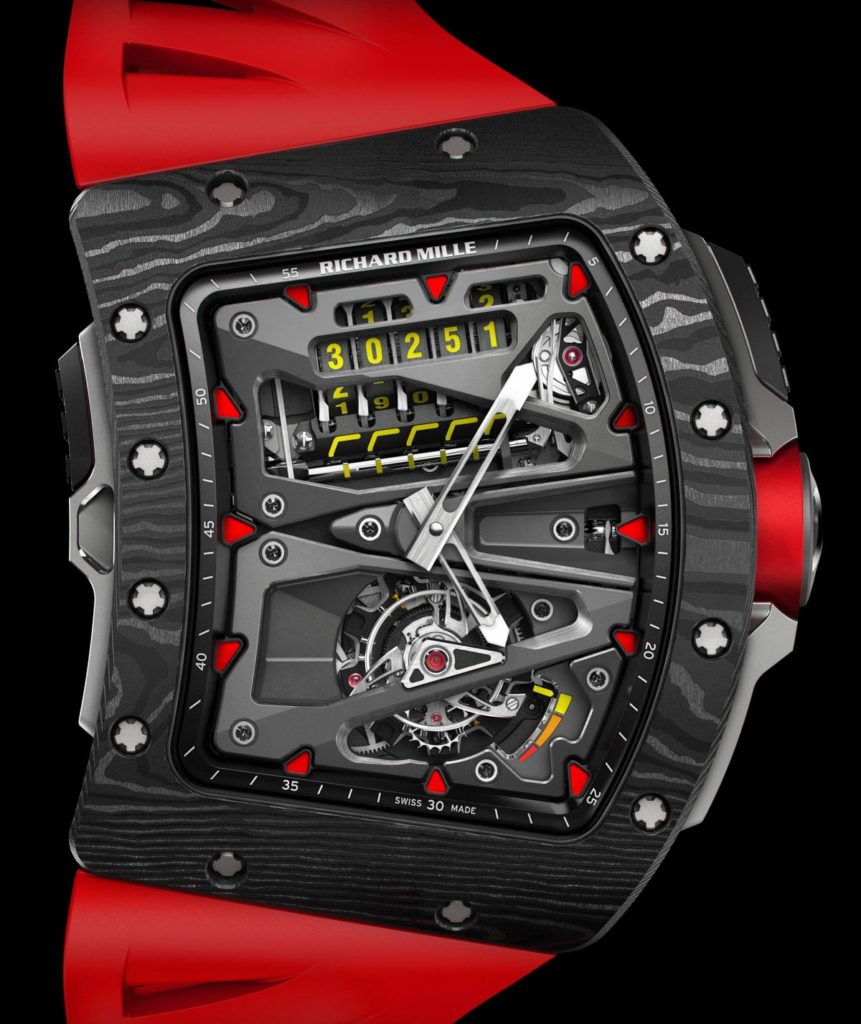 On the wrist, the Richard Mile RM 70-01 Alain Prost isn’t something I’ve yet seen, but the curved case looks compelling. It is produced from Carbon TPT, which offers that cool Damascus steel-style organic layered look. This is because, like layered steel, this case is machined pieces of layered carbon. The titanium case is 49.48mm wide, 54.88mm tall, and 17.65mm thick. This isn’t the first asymmetric Richard Mille watch (I think one of the Yohan Blake models was), but the RM 70-01 is certainly the first that will catch most people’s attention.

Note as well that this is “exclusively” a “lefty watch,” which of course means the RM 70-01 is designed to be worn on your right wrist. This is because the shape means that the crown isn’t going to poke into your hand. This is especially an issue given the arm and hand position of a cyclist, where without a design such as this, a painful crown could be an issue. It remains to be seen how many people like this watch and also happen to be those people who wear watches on their right, versus left wrist. 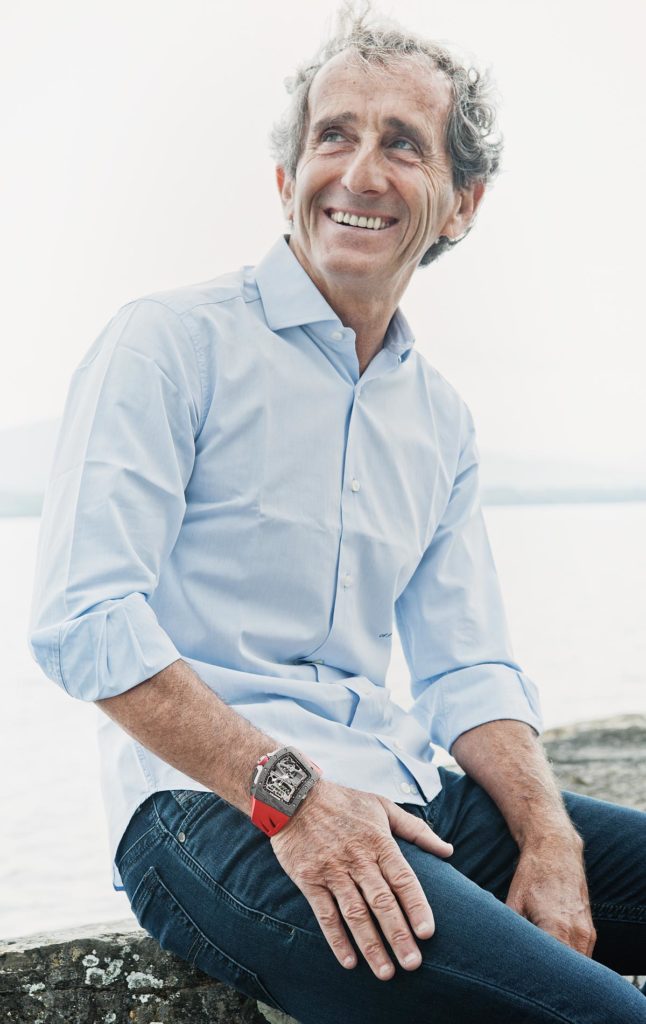 While I am not sold on this complication having too much of a future, I think this new case design will be revisited for future Richard Mille watches, and I look forward to trying it on for myself. I think it is a smart move for brands like Richard Mille to court cycling enthusiasts as another rich crossover area where people who also like watches seem to hang out. While we aren’t seeing car racing-inspired watches going away anytime soon, it sure feels good to see a bit more variety. With this expensive purchase, Richard Mille wants to make sure that you’ll be in their bicycle club with a “gift” that is a limited edition Colnago C60 road bike (in matte black carbon fiber, of course). The Richard Mille RM 70-01 Alain Prost is a limited edition of 30 pieces, with a price of $815,500 USD each. richardmille.com