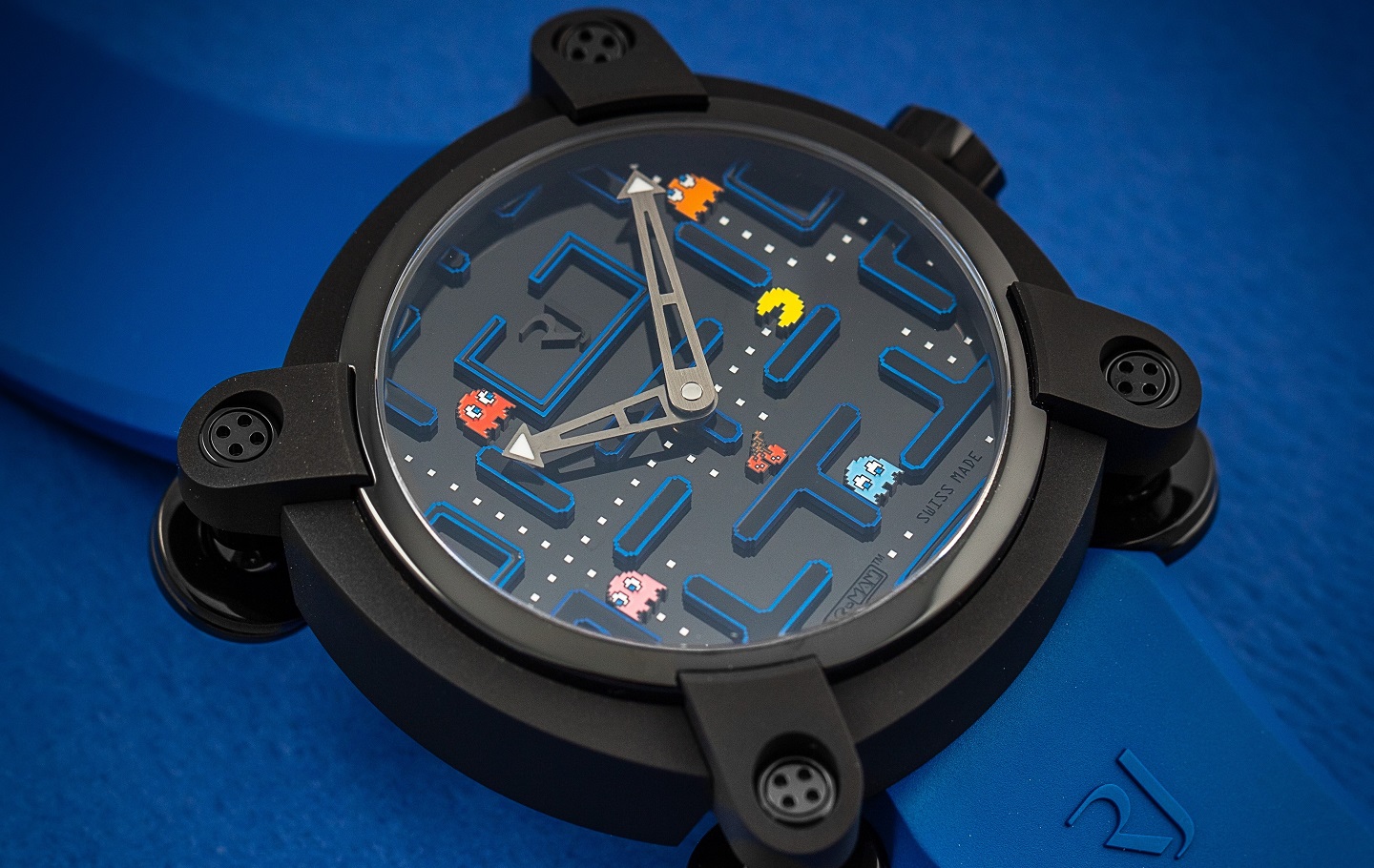 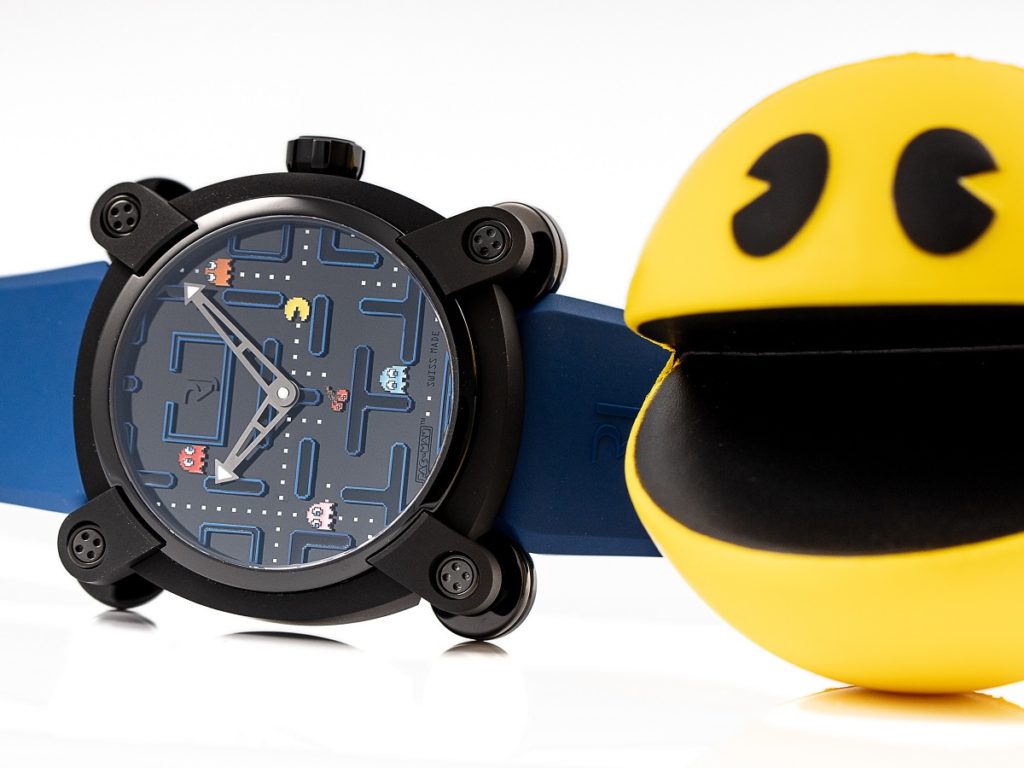 Romain Jerome – now “RJ Watches” (more on that later) – has released the third iteration of their Pac-Man themed watch collection with the Pac-Man Level III, maintaining their Namco-Bandai partnership. Adding a bit more color and a whole lot of depth, the Pac-Man Level III feels more quintessentially “Pac-Man” than its older brothers, and I would go as far as to say that this watch is legible, where previous iterations were hardly efficient for time-telling. Though, I suppose one isn’t purchasing an almost $20,000 Pac-Man watch for the time-telling capabilities.

The watch features a 46mm PVD-coated titanium case, though, as I’ve been told, it wears a bit bigger due to the protruding and wildly oversized “Landers” that channel the brand’s signature look. Personally, I have pencil-wrists, so I don’t know how an RJ watch would look or feel, but I’ve always been intrigued by the Lander features on these watches, and wonder if they are as comfortable as they look. Regardless, many RJ watches feature the “Moon Invader” case, and for a watch channeling a bit more sci-fi influence, I feel they would be fitting – but as has always been my biggest gripe about the classic video game pieces that RJ produces, I think the classic round case without the Landers would be more fitting. 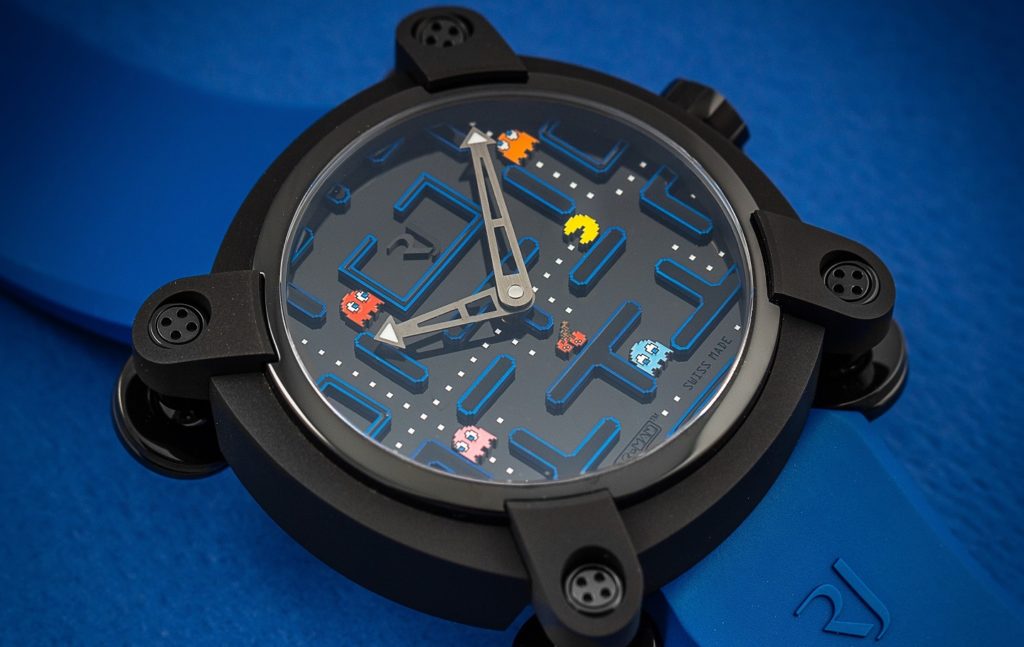 RJ, as always, does a superb job on the dial. While polarizing for sure, whether you like it or not, Romain Jerome has produced some of the most fantastic enamel work in modern wristwatches and the Pac-Man Level III is no exception. For the Pac-Man Level III, the brand opted for a raised “level” in-lieu of the alternating gloss and matte finish of previous models. Each character is individually hand-lacquered and the 8-bit Pac-Man, cherries, and ghosts are easily identifiable (which wasn’t always the case with this collection) and the satin finished and framed “RJ” logo is careful not to detract from what the watch is blatantly showing off. All of this is backed by a mirror-polished black dial that gives the entire watch a deeper 3D effect when it’s all presented together. Thankfully, RJ replaces the matte black hands for brushed steel, which increases legibility. 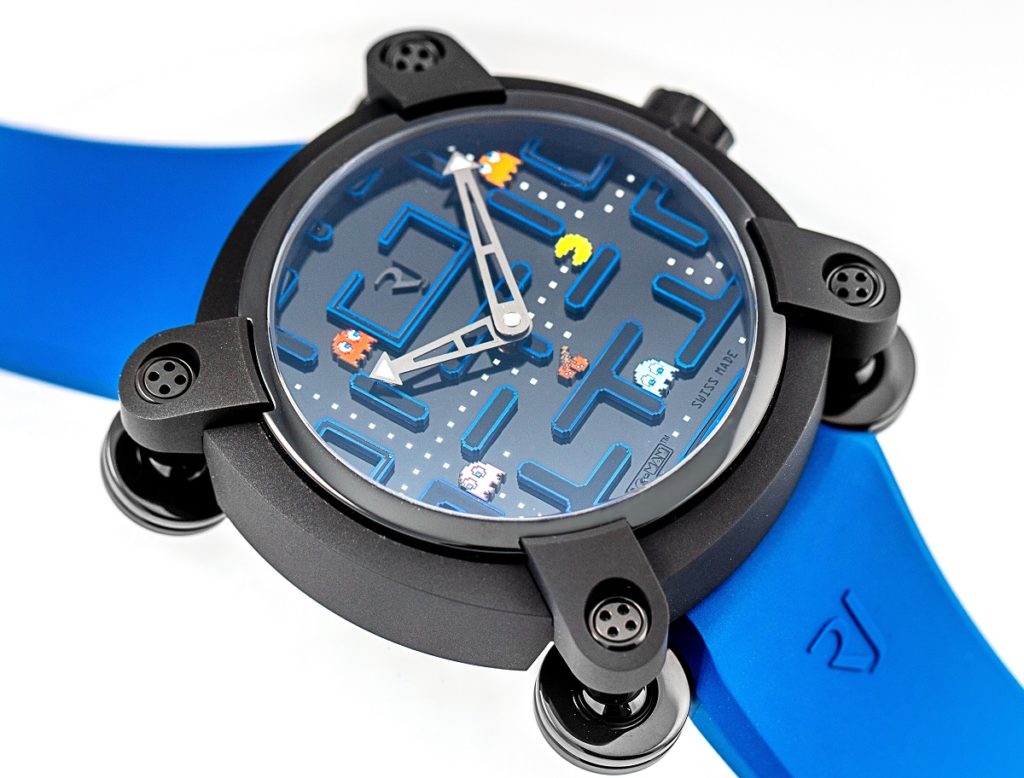 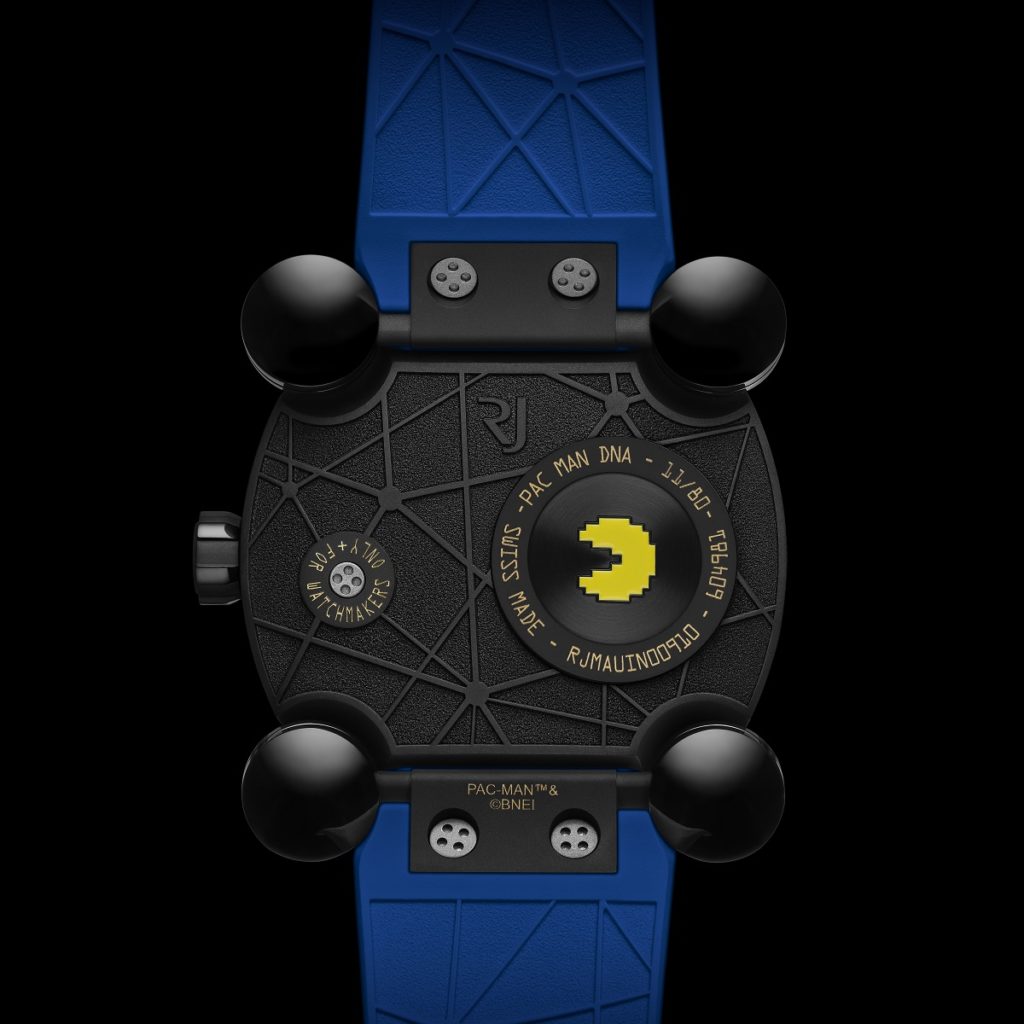 Inside the Pac-Man Level III is the RJ001-A. Since Romain Jerome doesn’t make their own movements, it’s very likely that this is an off the shelf time-only Concepto, though I’ve seen others claim it’s an ETA. I tend to agree with Ariel’s sentiment stating that “at these prices any watchmaker should at least show the watch movement off in one way or another.” However, this watch does not. A neat Pac-Man motif does however grace the back of the closed caseback, and a blue rubber strap ties all the “fun” together nicely. The watch beats at 4Hz, and has a power reserve of 42 hours. The watch only carries a water resistance of 30m. 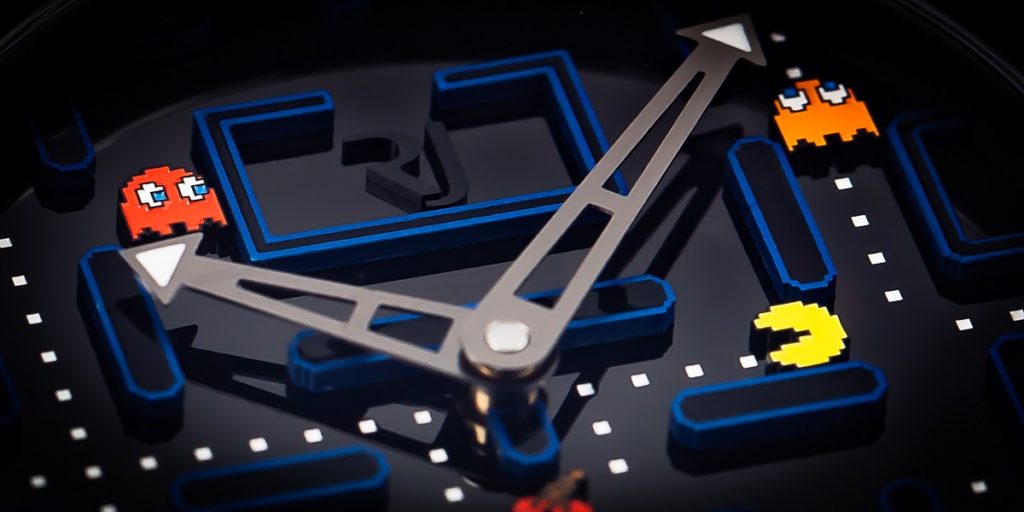 Overall, this is a cool watch for those who can afford it, and those with a hankering for nostalgia. Is it fun? Yes. Is it silly? Absolutely. Is it a quality timepiece? It sure is. Is it for everybody? Heck no. In fact, there is going to be a camp of people aptly named the “Why Does This Even Exist?!” Club, and that’s fair. Romain Jerome apparently has an audience for these high-end nostalgia pieces, or they wouldn’t continue to create them. I also think with Romain Jerome’s “rebranding” to RJ watches, a more coherent and (I’ll say it) easy to pronounce image has been created and, to me anyway, it seems to fit the overall quirky and different image the brand has long upheld.

The RJ Watches Pac-Man Level III will come in a limited run of 80 pieces and set you back $17,900 – a price I think even Pac-Man has a hard time swallowing. rjwatches.com