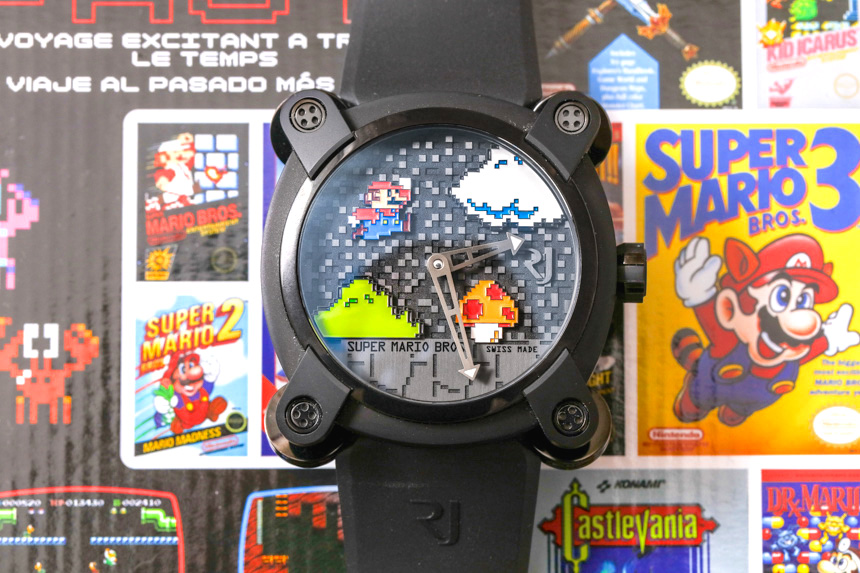 You can buy a lot of watch for this kind of money. It is difficult to defend a roughly $20,000-retail-priced Super Mario Bros. watch, and that is exactly where this watch review must begin. I’m not here to tell anyone that the Romain Jerome Super Mario Bros. limited-edition timepiece is a good value, but rather to share my experience as a watch collector acquiring one and wearing it while reliving my childhood playing (you guessed it) the Super Mario Bros. video game that originally debuted in 1985 on the Nintendo Entertainment System. I now officially feel a bit aged. 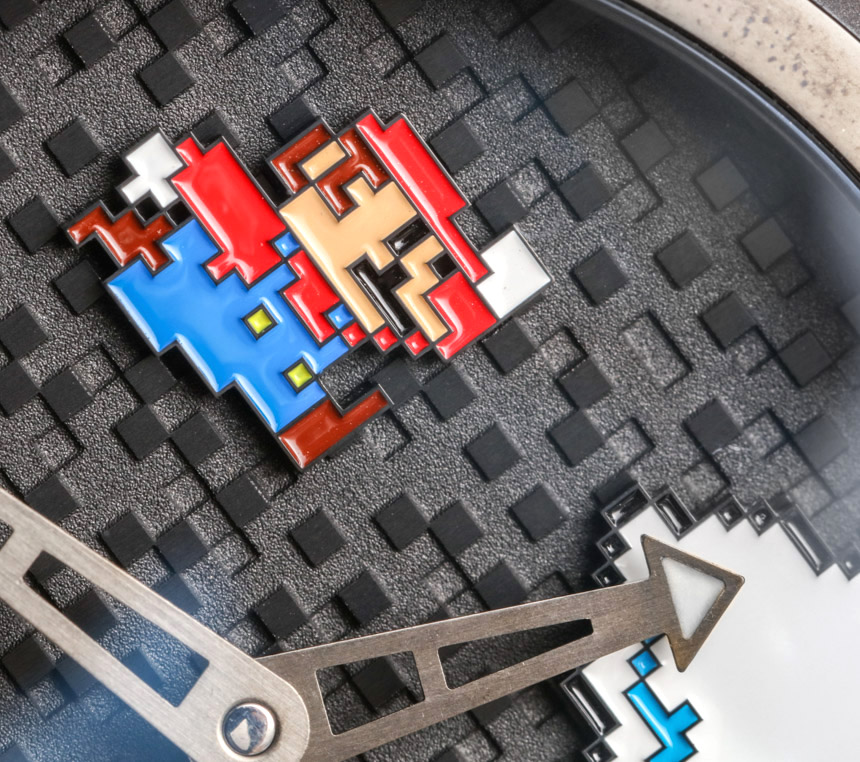 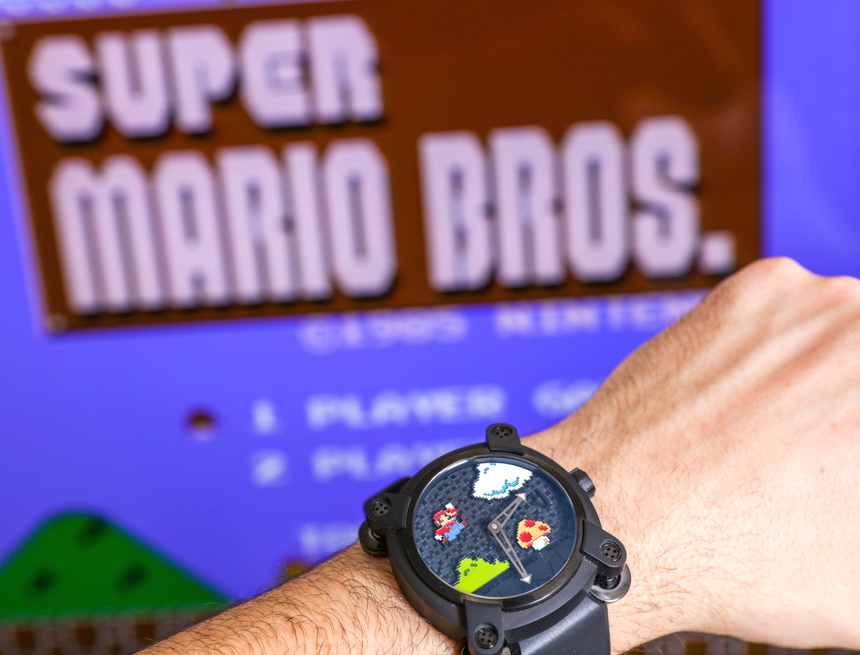 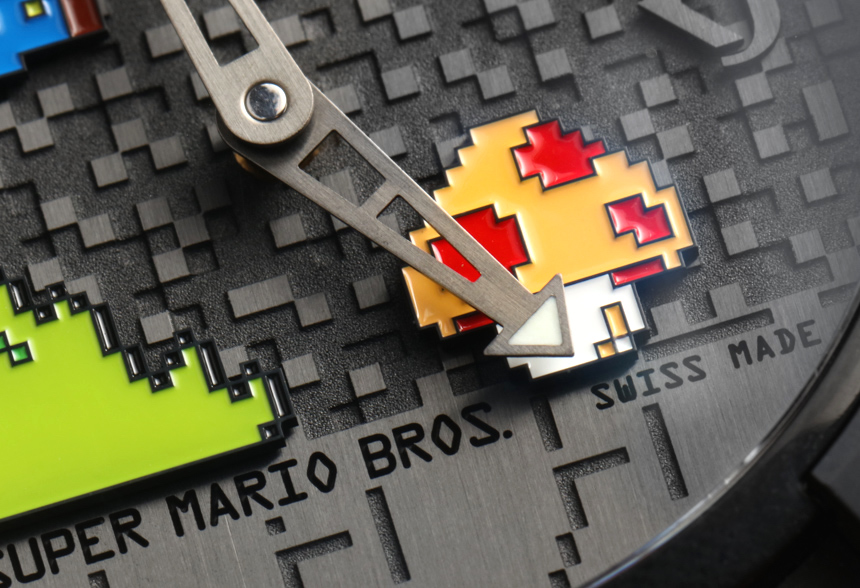 Some context is in order to help explain how this luxury Romain Jerome Super Mario Bros. watch came about, as only the most dedicated watch industry followers will understand the genesis of what I will admit is a very strange object. Boutique Swiss watch maker Romain Jerome, beginning a decade or so ago, found a unique niche in producing highly limited high-end “artistic” timepieces meant to celebrate various “important” things from pop culture. Some of these themes proved more controversial than others and began with the now iconic “DNA” collection. This collection began with Yvan Arpa’s Titanic DNA collection for Romain Jerome that has actual metal harvested from the sunken Titanic ship. 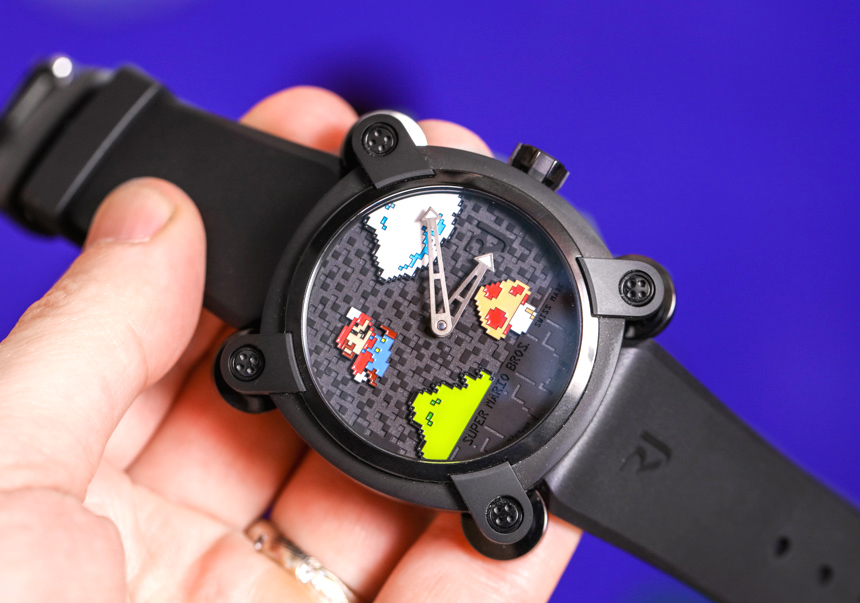 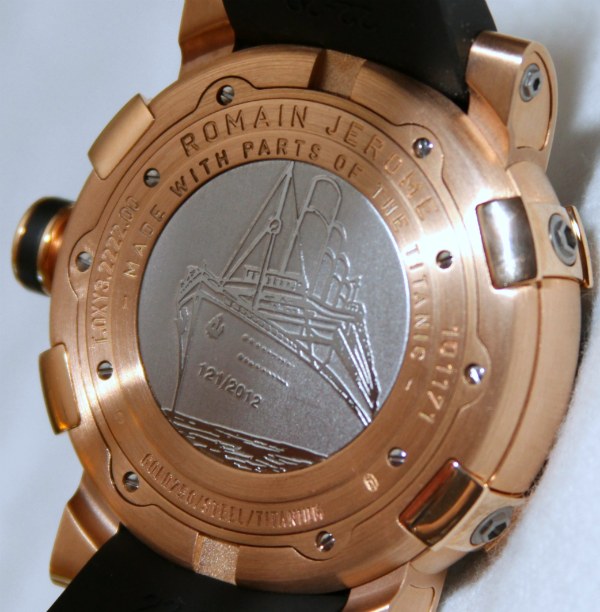 I’ve written at least two watch reviews on Romain Jerome Titanic DNA watches. The next watches in the DNA collection included dust from the moon as well as metal harvested from an Apollo moon mission space lander. After that, the DNA collection sort of began to fall apart with watches that had “trace elements” from things such as the United States Statue of Liberty, a DMC Delorean automobile, and that volcano eruption near Iceland from the mid 2000s with a name that most people can’t pronounce (let alone spell). 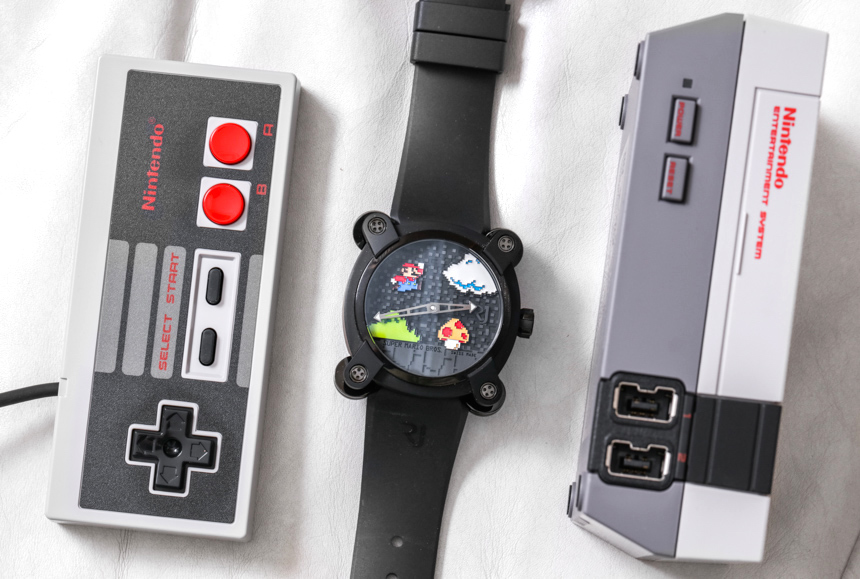 The Romain Jerome DNA collection shifted away from the actual “DNA” part of the story which originally implied that at least some of the “thing” the watch was meant to honor was in the watch itself (such as actual metal from the Titanic). Romain Jerome later evolved the concept to simply produce limited-edition watches in honor of various pop culture themes, which range dramatically, but always seemed to focus on topics of interest to the now former CEO of Romain Jerome Manuel Emch who has a particular fondness for the 1980s. 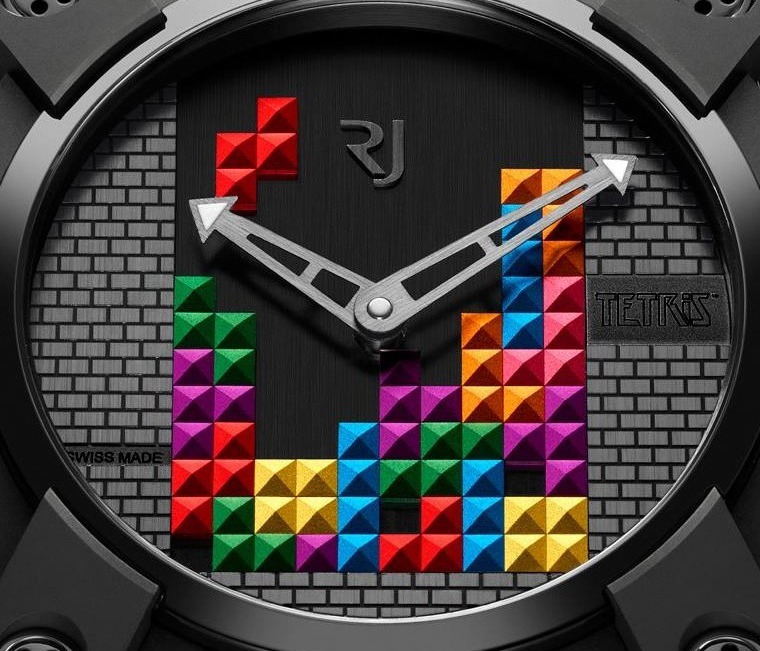 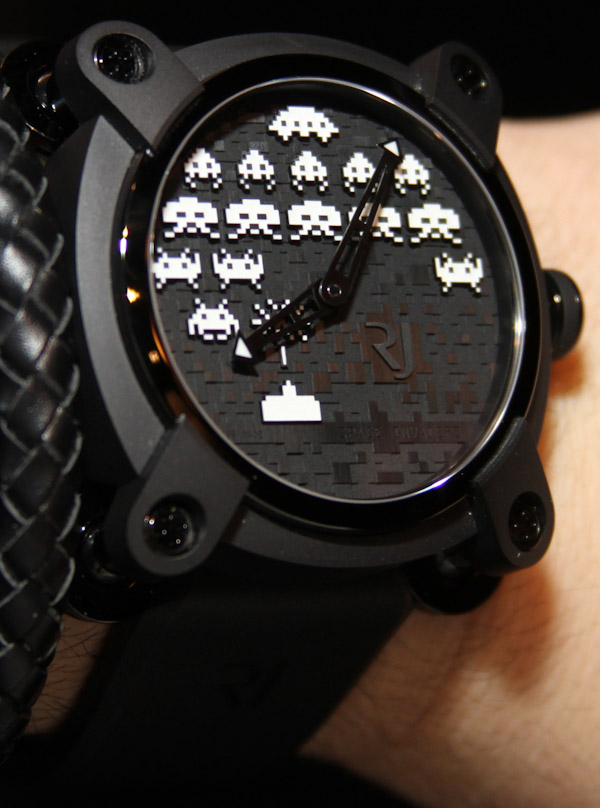 At some point in RJ’s (Romain Jerome’s) history, Mr. Emch decided it was a fun idea to produce timepieces in honor of early video game franchises. The brand went to the necessary lengths to officially license various video game franchises from Japan such as Pac-Man, Tetris, Space Invaders, and eventually, Super Mario Bros. Getting “the Nintendo deal” was a sort of holy grail for Romain Jerome, and they finally did it. 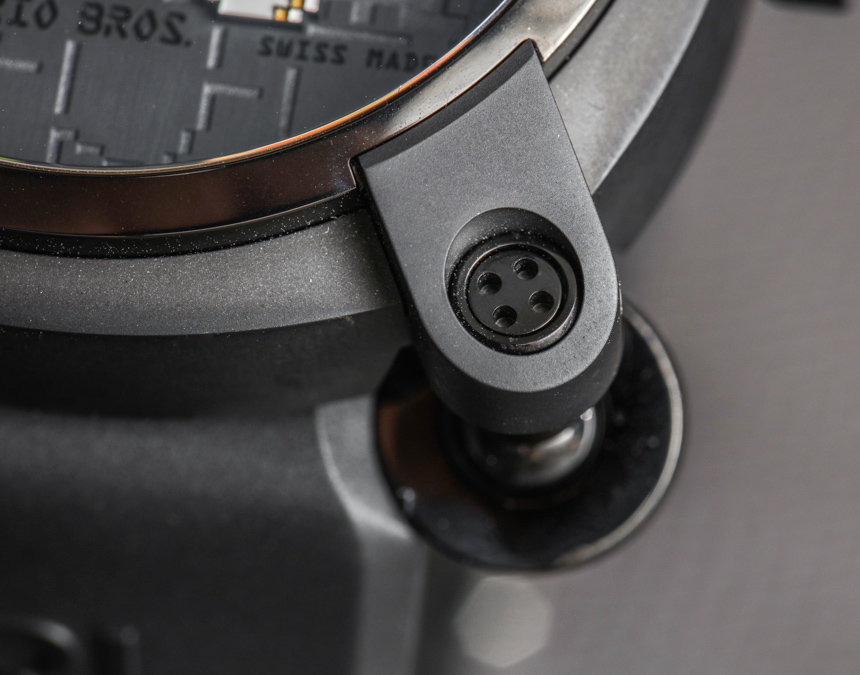 The video-game-themed watches each used the Moon Invader case which Romain Jerome originally developed for its Moon Dust DNA collection of watches. This case was meant to remind of Apollo-era moon landing craft complete with legs. These legs made up the lugs of the case which the strap attaches to. The “landing feet” legs also offer some articulation based on the idea that such movable lugs will make the otherwise larger 46mm-wide watch more wearable. I suppose that without this feature the case could be even less comfortable than it is… 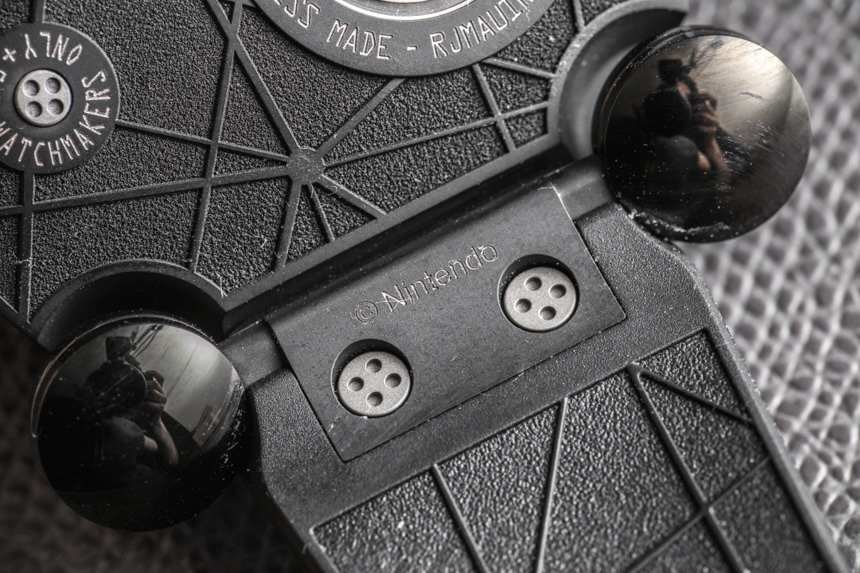 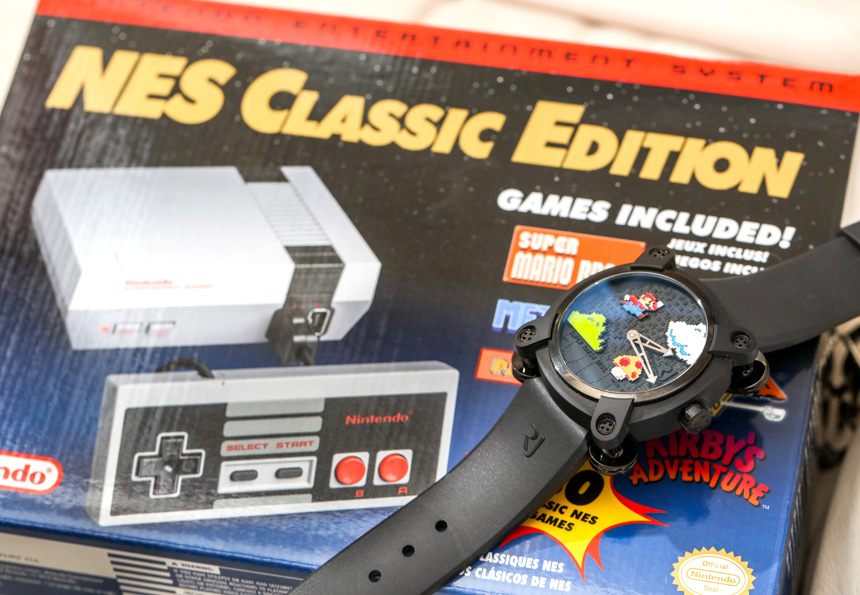 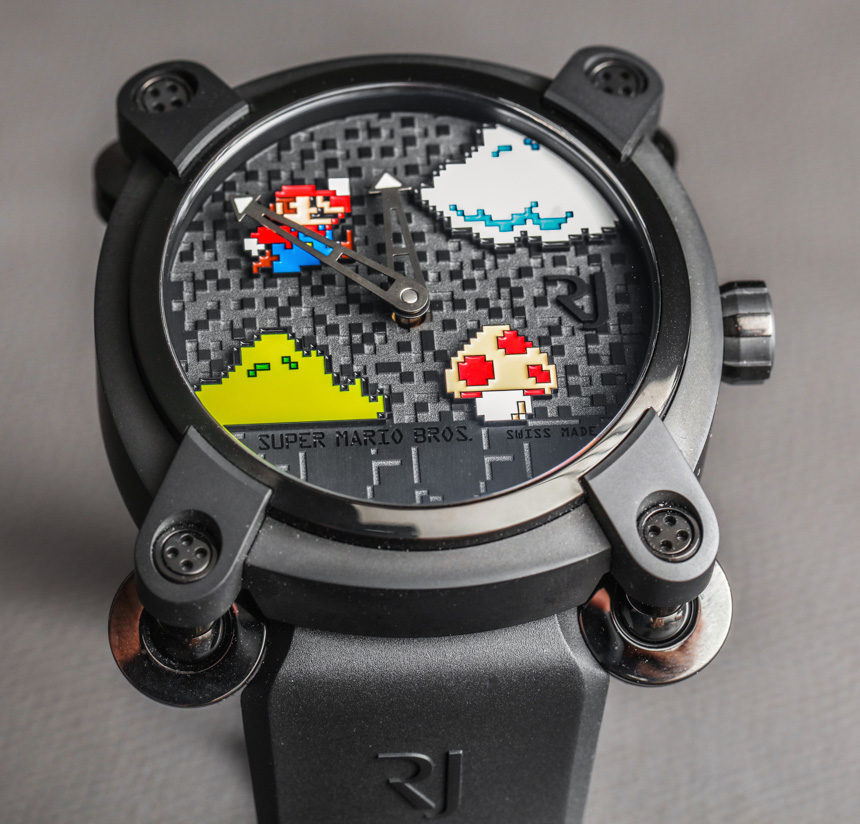 Romain Jerome more or less replicated the same formula for each of their video-game-themed watches. This meant using a mostly matte (the lug “feet” are polished) black PVD-coated titanium case with a dial that is produced using a special three-dimensional formation process that is well-suited to replicating the look of pixels. Over the dial are hands for the hours and minutes. 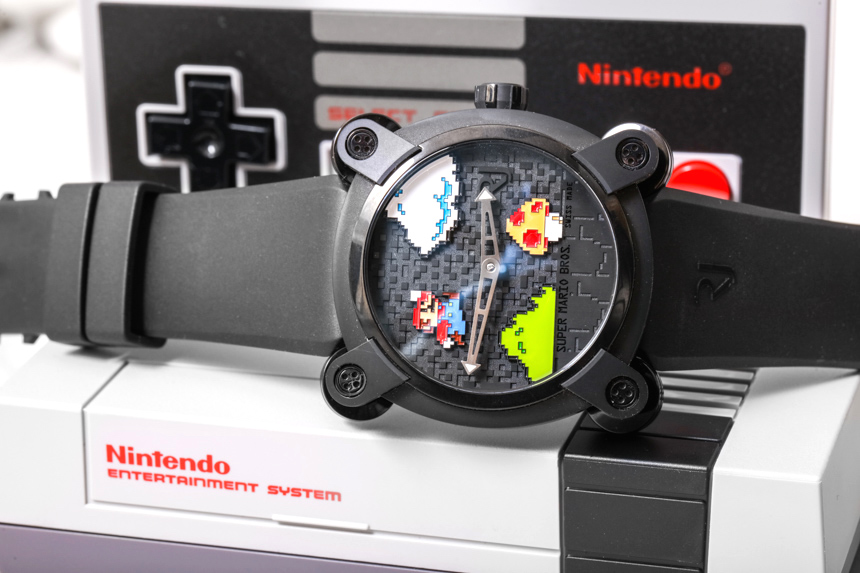 I think the biggest flaw that the video game watch collection had was not having its own case design and simply borrowing an existing case design. There was a point in Romain Jerome’s history when the brand was clearly investing in new cases, but that dramatically slowed down the last few years. It’s clearly about money. I continue to think that Romain Jerome’s video game watches would have benefited from distinct cases that better-suited the particular theme that they were going for. It makes sense for the Space Invaders watch to use the Moon Invader case, but after that Romain Jerome should have really developed a unique case for this family of timepieces.

In late 2015, for a 2016 product release, Romain Jerome debuted (as of now) the most recent new video game watch for the brand with the Super Mario Bros. It was debuted in 2015 so as to coincide with the 30th anniversary of the Super Mario Bros. video game that was a launch title for the Nintendo Entertainment System (NES) when it was originally released in 1985. It was probably the first video game that I ever played, but it was not until at about two years later closer to the late 1980s that I finally got my own Nintendo Entertainment System video game console. 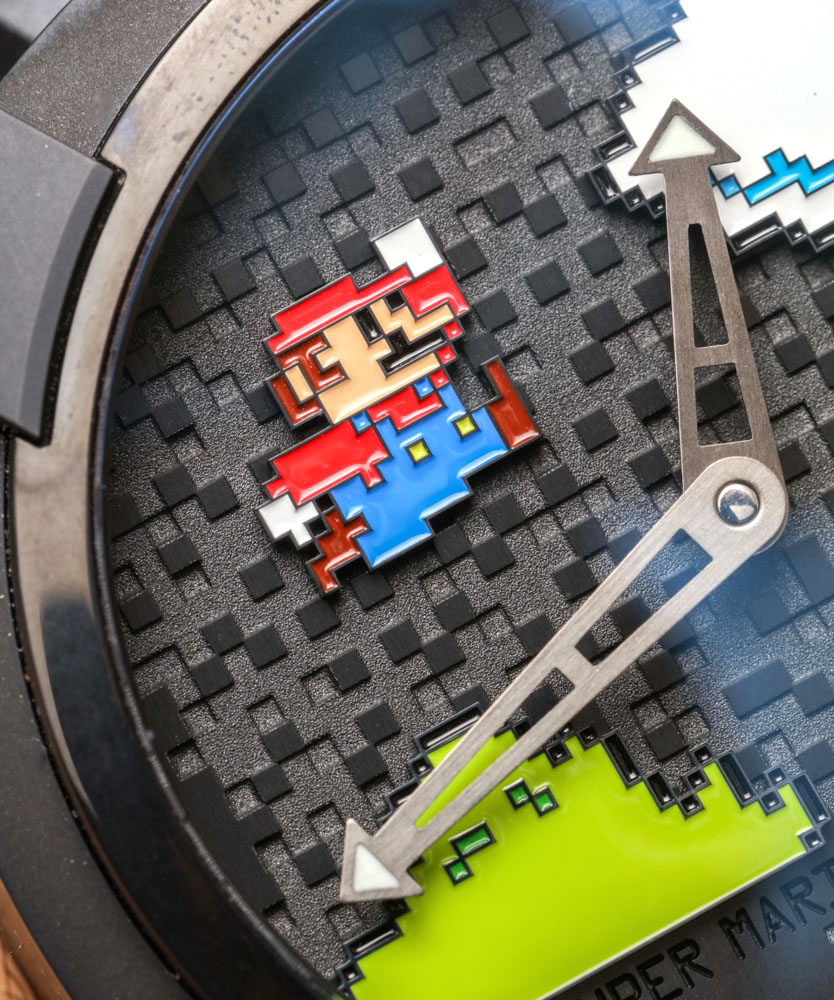 When writing about other Romain Jerome video game watches, I was always quick to point out that (for example) “while not a major part of my childhood, if you grew up playing Pac-Man and now love watches, such a timepiece might have immediate appeal to you.” I didn’t really grow up playing Pac-Man so I was never able to form an emotional desire for the watch, but the story is a bit different with Super Mario Bros. In truth, while I really enjoyed Super Mario Bros. and many subsequent Super Mario games, these titles were not those that I look back on with the most fondness when examining my video-game-playing history. With that said, Nintendo and later Super Nintendo were pivotal in shaping my childhood. 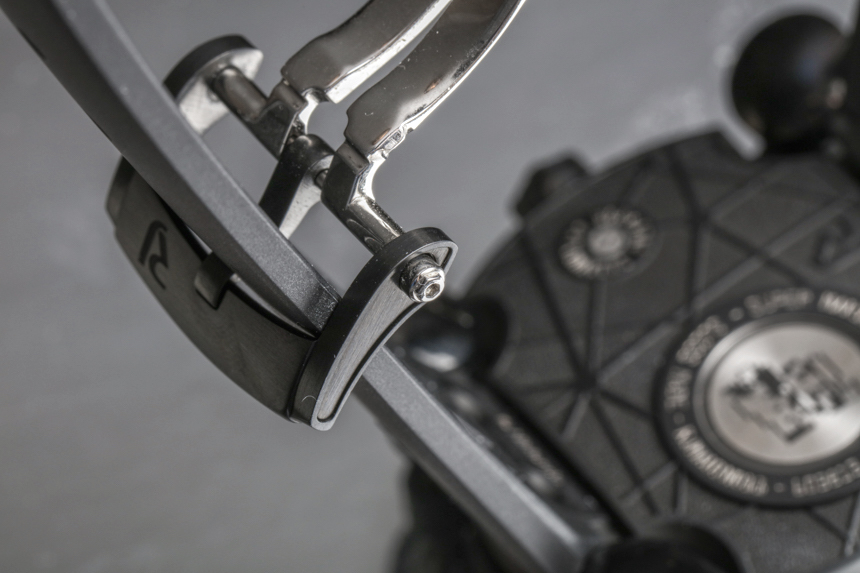 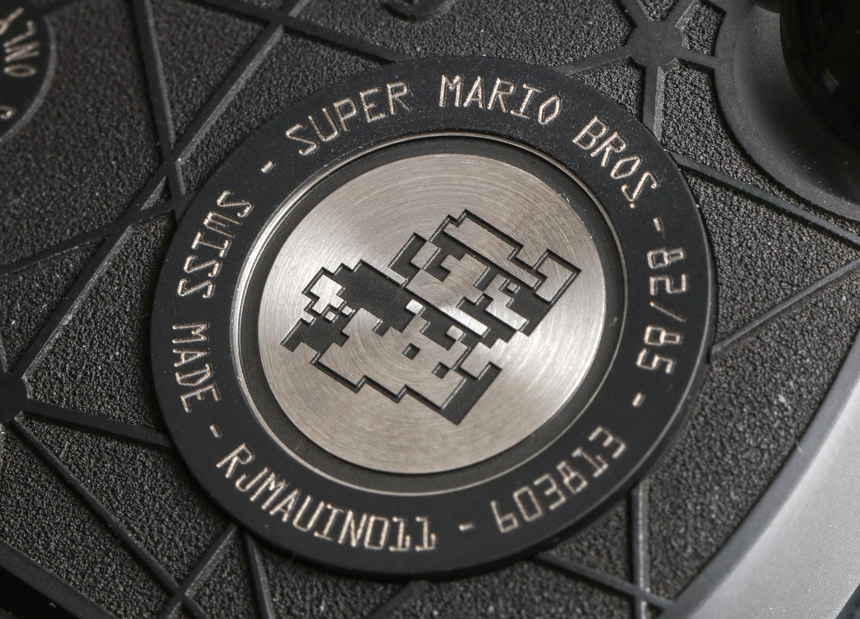 I recall wondering to myself when I first learned about the Romain Jerome Super Mario Bros. watch whether I felt as though I should like the watch, or if I actually did like the watch. I did, however, recall feeling that I had finally discovered a luxury timepiece that directly pulled on the emotional strings of my own personal life experience. Many timepieces attempt to play this game, even though it is notoriously difficult to do given the inability to predict how consumers feel about things that made up a part of their lives. Roman Jerome could thus not predict who would really be into exclusive, high-end Super Mario Bros. watches, even if they could more or less assume at least some people would.