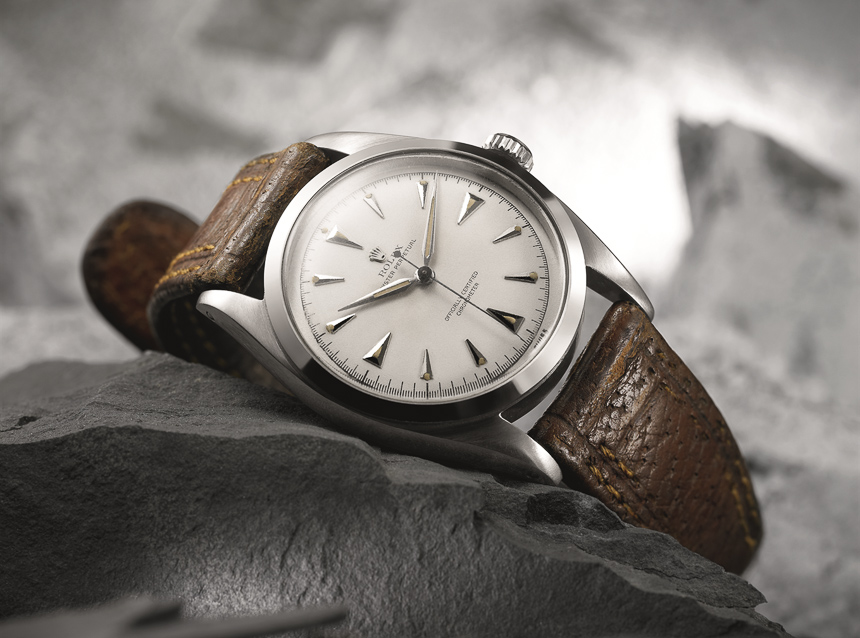 What exactly is a “Rolex Oyster Professional” watch? Most Rolex watches produced today use the brand’s Oyster case which embodies years of development that started with the original Rolex Oyster watch from 1926. At the time Rolex pioneered the first ever watch case with screw down crown, bezel, and caseback that offered water resistance and dust protection, though it was not until 1953 that the Professional Collection was born.

The idea of the Rolex Oyster Professional today is the perpetuation of timepiece models that were originally intended for professional use. That included watches for people engaged in diving, flying, automotive and sport racing, science and industrial work, as well as general planetary exploration. Rolex Oyster Professional watches by nature are more durable and utilitarian in design, and they also have in many instances additional production or testing steps added to their manufacture before they leave Rolex and go out to the consumer. So in short, a Rolex Oyster Professional watch today is one that is based on a historic model meant for actual professional use and is produced with some extra safety and reliability features compared to Rolex’s more casual or dress models. 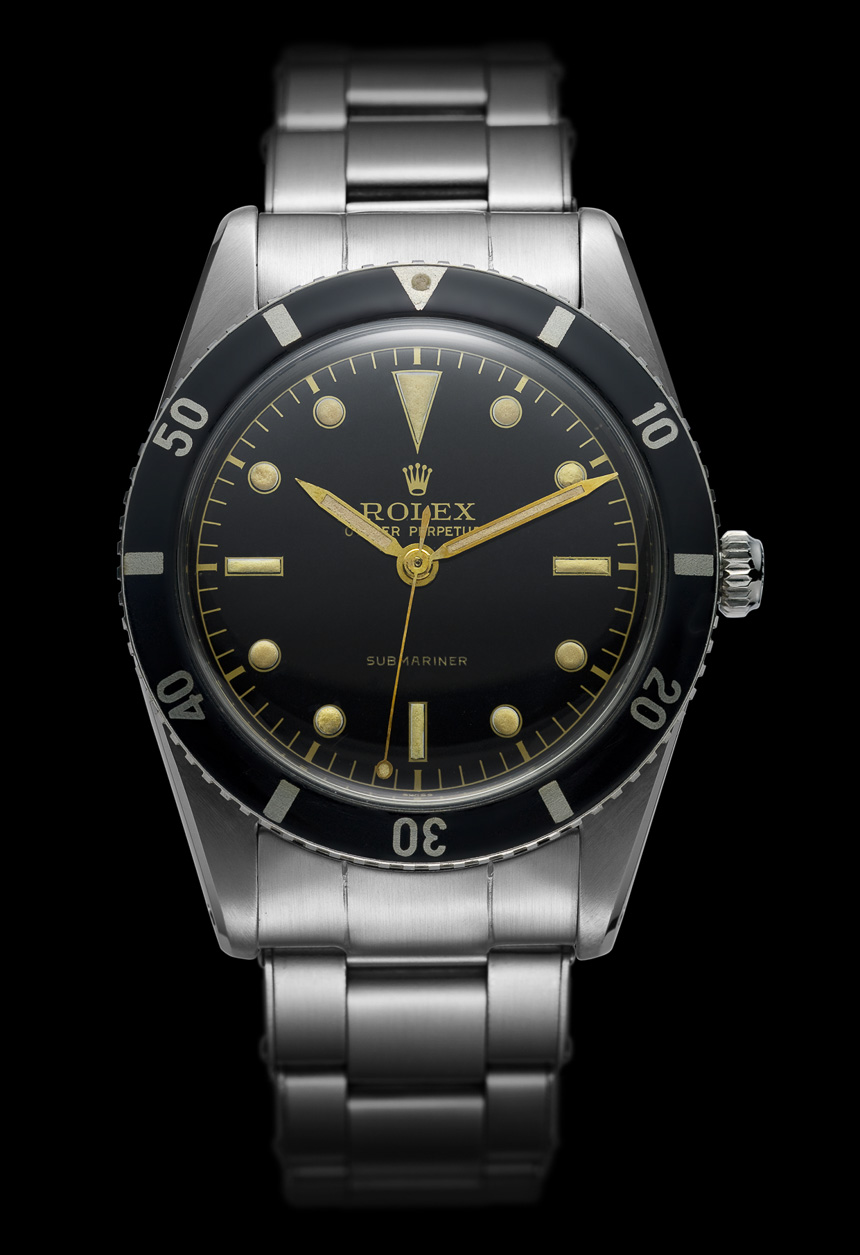 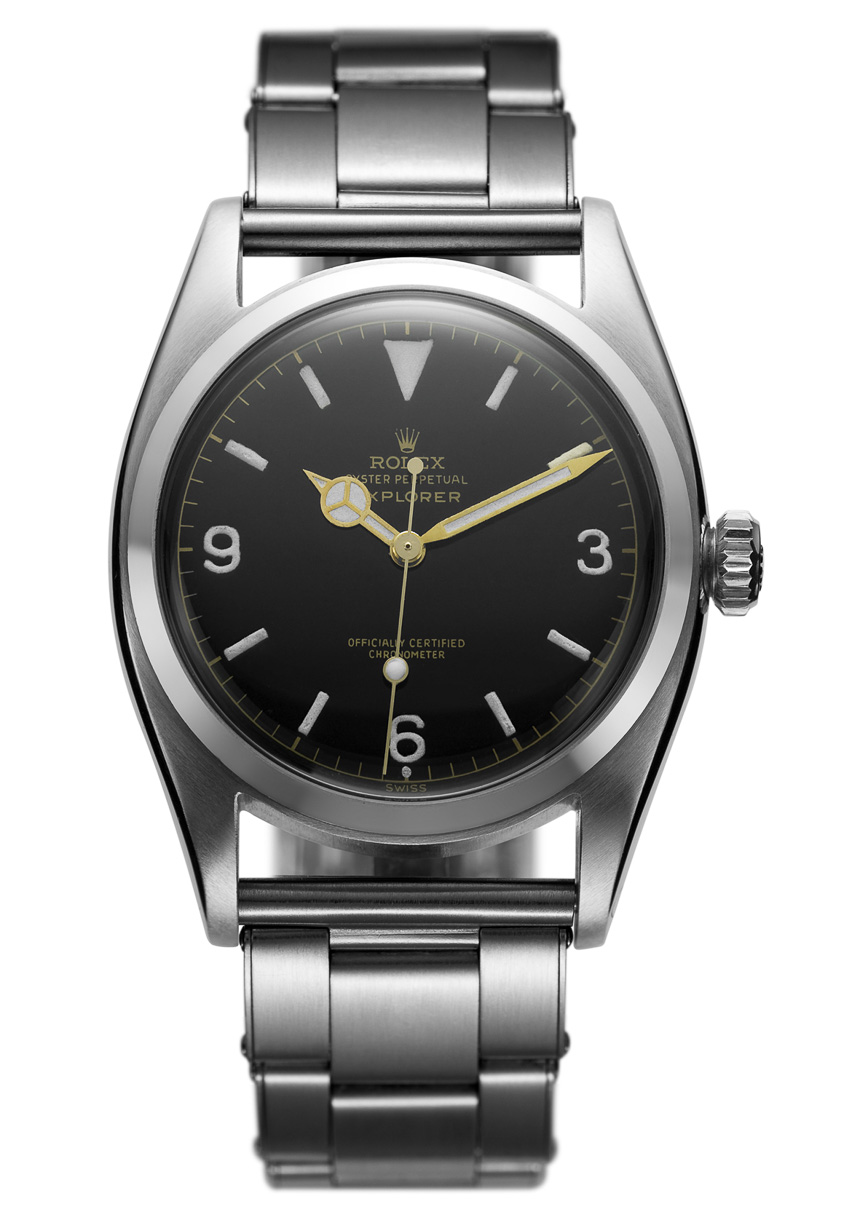 Two of Rolex’s foundational Oyster Professional watches were born in 1953; they were the Explorer and Submariner. 1953 was also a moment when Rolex experienced one of their most important social achievements that would mark how the brand would be perceived thenceforth. Sir Edmund Hillary and Tenzing Norgay were part of the British expedition to climb mount Everest, and succeeded in being the first people in the world to do so. It was an amazing feat of human endurance and today watch fans recall the fact that Hillary (and Norgay) wore a Rolex Oyster Perpetual timepiece. The model would quickly evolve into being the now iconic Rolex Explorer, which was also released that year. The message to the public was that the Explorer was the timepiece of people who went to extreme lengths to get to where they wanted to be– an allegory that would transcend scientific exploration into the lives and struggles of normal people.

1953 was also the year that Rolex released the very first Submariner– a timepiece they claim as the world’s first timepiece water resistant to 100 meters. In many ways the Submariner was the ultimate evolution of the Rolex Oyster case, as it was further refined for additional water resistance. While the “Oyster Professional” term did not exist yet in 1953, the Submariner and Explorer were two timepieces designed for, and often used by, professionals versus merely the general public. This was a golden age of modern exploration in the world as the pre-space race era was about exploring great depths and great heights. 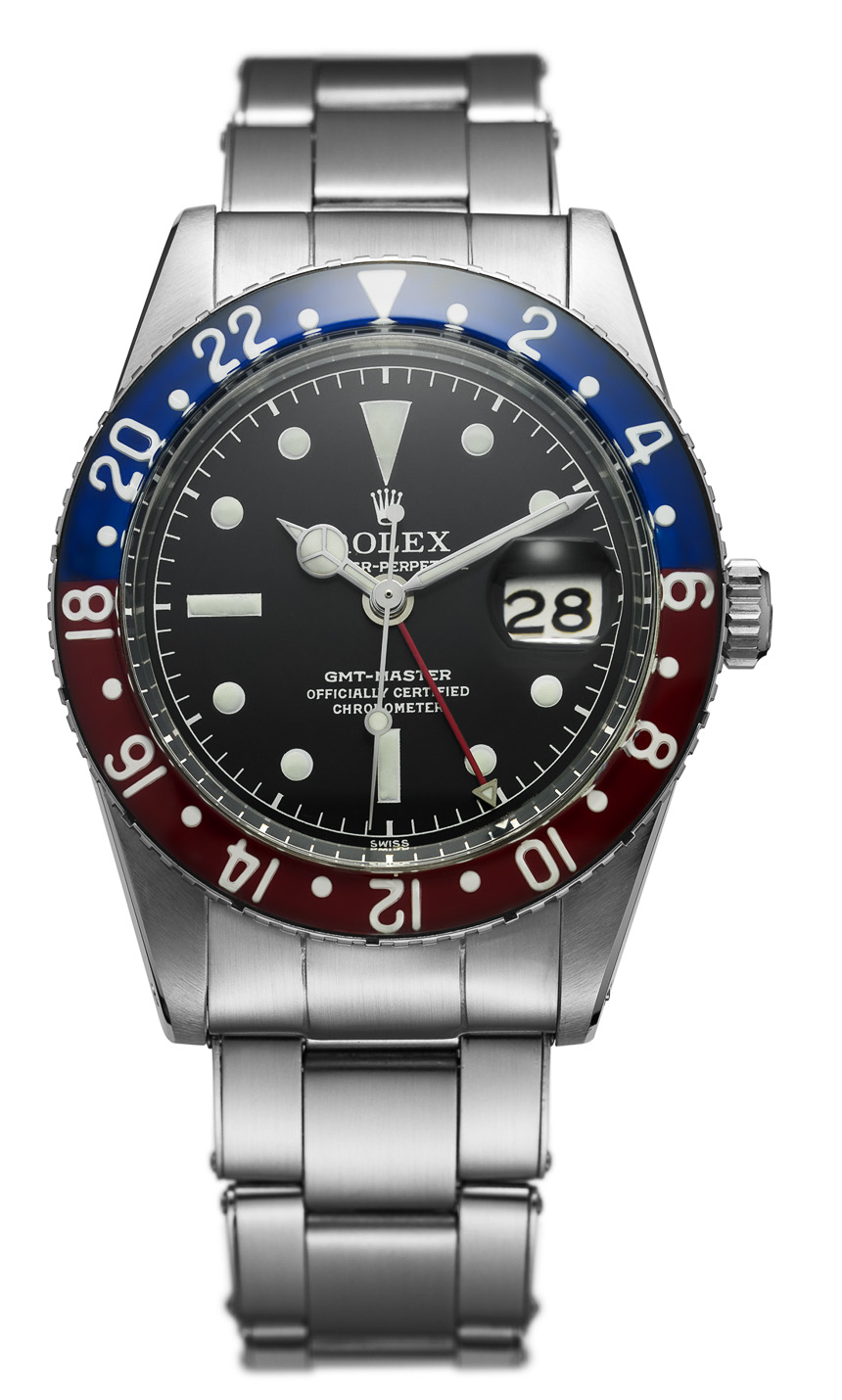 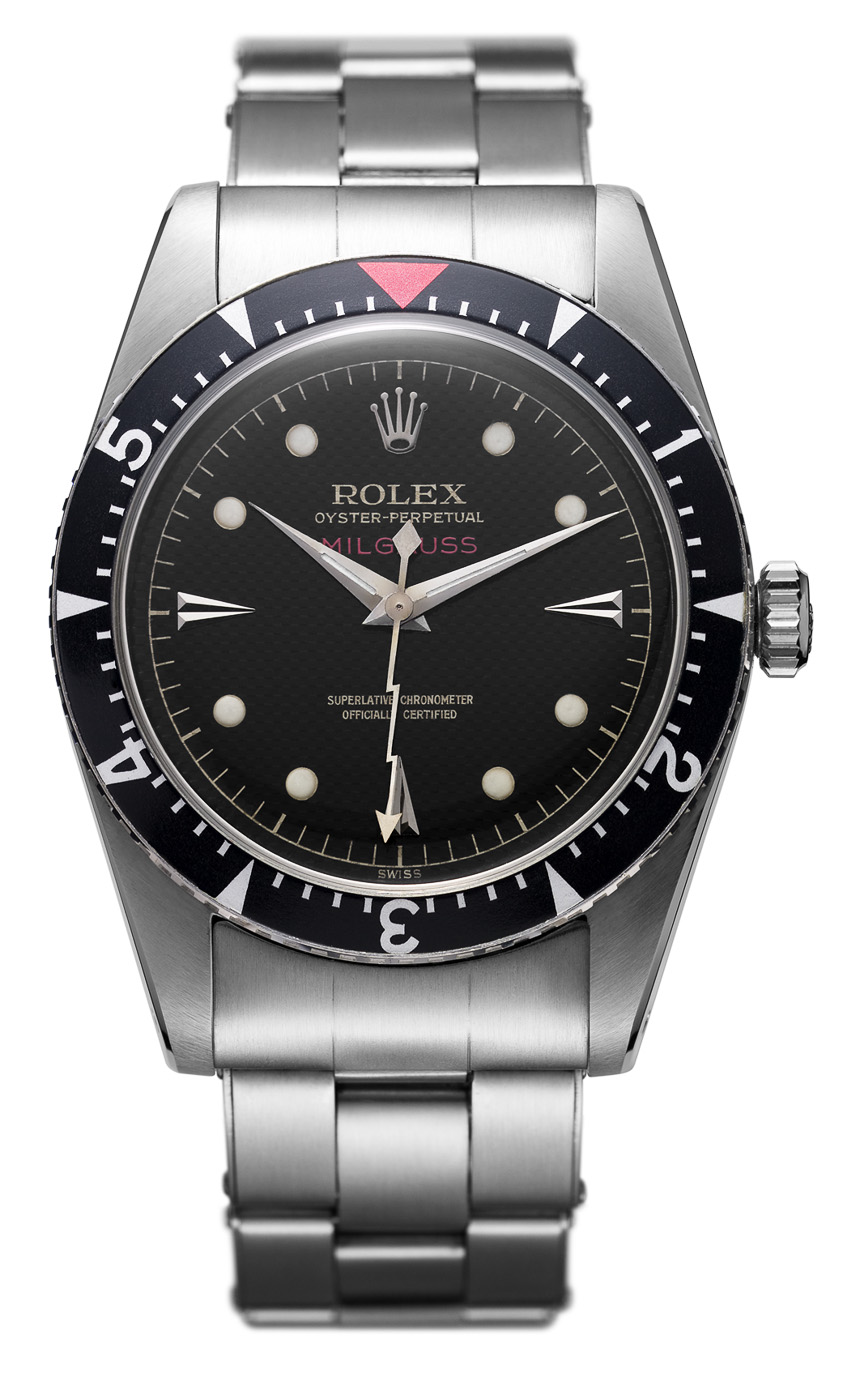 After releasing models for scientific exploration and deep diving, Rolex decided to expand its focus on timepieces for pilots as well as physicists. Aviation professionals have been lucky enough to enjoy the attention of watchmakers since almost the beginning of flight in the early 20th century. Rolex was comparatively late to the game with their first aviation-themed watches coming in 1955 with the original GMT-Master. Watch lovers know the story of the GMT-Master well as Rolex worked closely with the commercial airline Pan Am (Pan American World Airways) to create what their pilots needed. In many ways Rolex worked off of a successful formula. In fact, if you’ve ever wondered why so many Rolex Oyster Professional watches look similar, it is because Rolex did not try to reinvent the wheel with each new timepiece, but rather add additional or different features to their previous generation wheel.

For that reason, the GMT-Master from 1955 was very similar to the Submariner, which itself quickly adopted the hands from the Explorer. What made the GMT-Master different was the 24 hour GMT hand, and 24 hour scale bezel. The GMT master was also unique (and later iconic) because of its two-tone blue and red bezel that was meant to be a sort of AM/PM indicator. This would later be known as the “Pepsi bezel” due to its similarity with the color tones of the soft drink. In many ways it was similar to the Submariner, but with some important but visually minor changes.

The situation was similar with the 1956 Rolex Milgauss– a timepiece they produced in collaboration with the CERN laboratory in Switzerland. The physicists there wanted a magnetically shielded watch that was not susceptible to the magnetic fields created around their particle accelerators. So Rolex created a timepiece for scientists with the Milgauss that was resistant to 1,000 Gauss because of a soft iron core that shielded the movement. For this watch, Rolex wanted something a bit more genteel, yet still a professional watch. The Milgauss more or less had the existing Oyster case, but the dial was inspired by the original Rolex Oyster Perpetual models with a lightning bolt seconds hand. 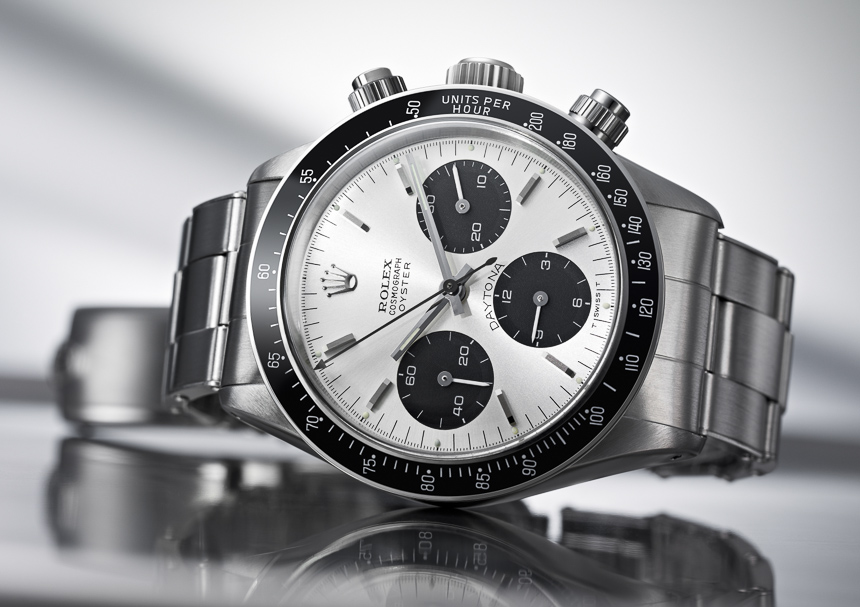 It was in 1963 that Rolex launched the Oyster Cosmograph that would soon become the Rolex Oyster Cosmograph Daytona. Rolex had been producing chronograph models for at least 30 years at that point but this was their first real racing world-inspired chronograph watch. No one really knows where the term “Cosmograph” came from, though it is Rolex-speak for chronograph. I’ve actually asked Rolex this question myself and they more or less said that a Rolex chronograph watch should measure more than just the time so they needed a cool name to indicate such. I do admit that Cosmograph does have a pleasant sense of mystery to it.

Daytona was added as Rolex began to have a more serious involvement with the world of racing and named the watch family after the now famous race track in Florida. Unlike the other models in the now Rolex Oyster Professional collection, the Daytona would eventually adopt a slightly different case design due to the existence of the chronograph pushers. The original Daytona models did not include screw-down pushers, but the collection would later be known for this feature as Rolex added them to increase durability and water and dust resistance. 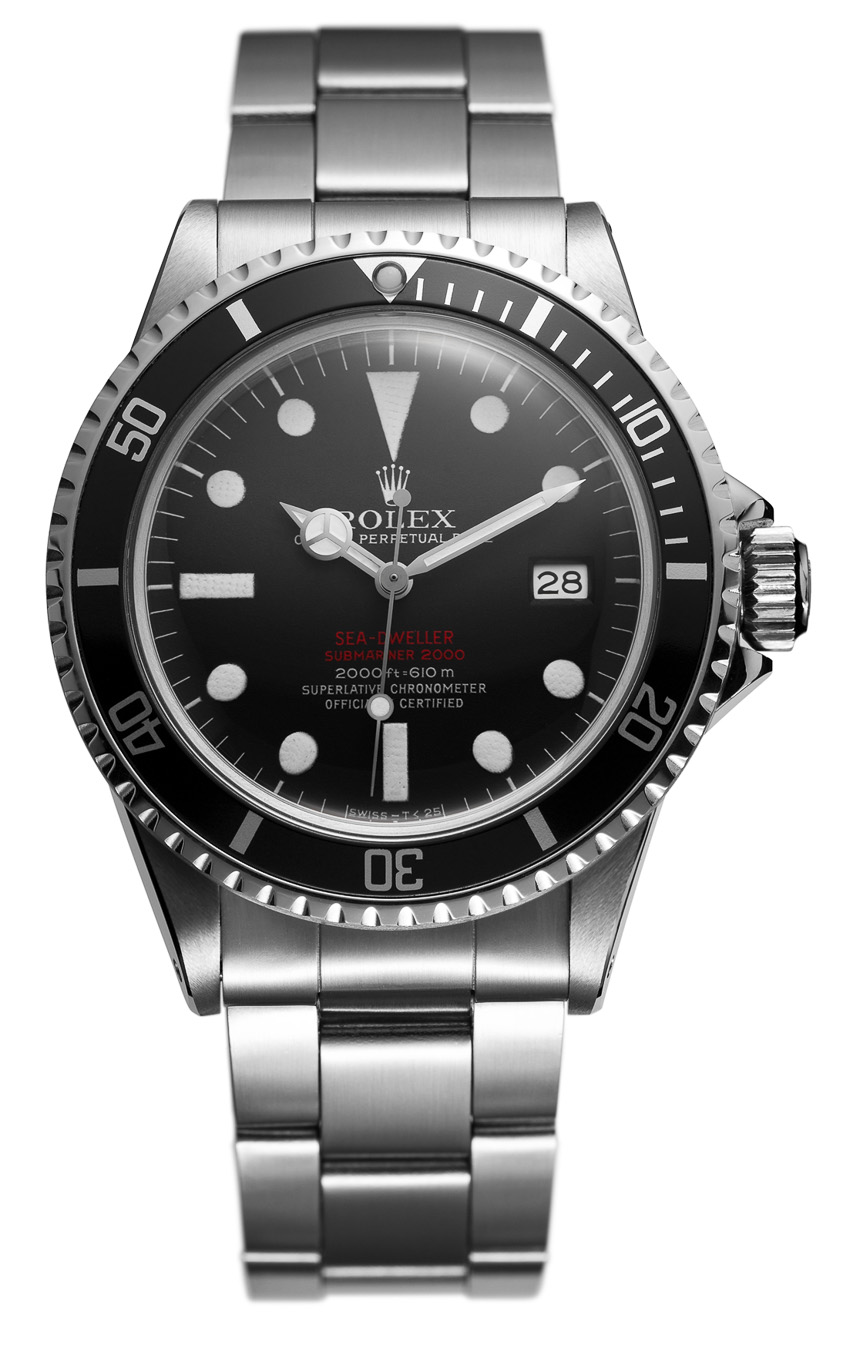 Stepping back a few years for a moment to 1960, Rolex released the Deep Sea Special that was a non-commercial concept watch meant for extreme diving. It featured an extremely thick steel case and almost comical bulbous crystal given that it was going down near the bottom of the Mariana trench strapped to the Trieste bathyscaphe submersible. The production of the Deep Sea Special gave Rolex valuable knowledge about extreme water resistance and the watch successfully descended to 37,800 feet.

The development of the Deep Sea Special allowed Rolex to produce an even more durable version of the Submariner that they called the Sea-Dweller, which was originally released in 1967. It was water resistant to 630 meters, though later that number increased. In many ways the Sea-Dweller helped Rolex lead up to the modern Submariner and DeepSea timepieces of today.