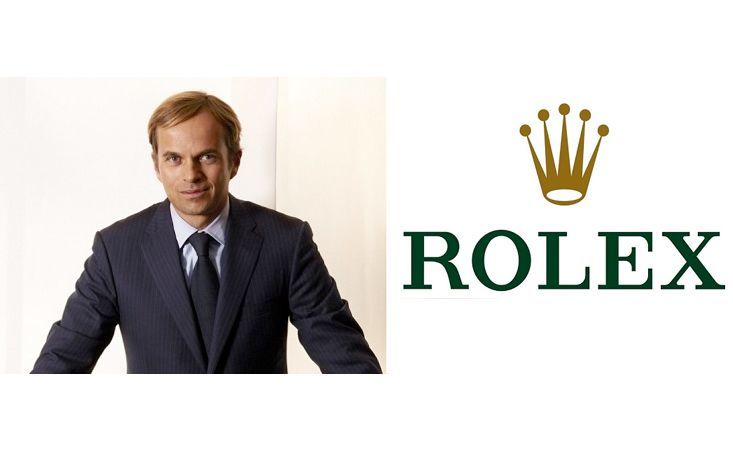 aBlogtoWatch received a note from Rolex today on the appointment of a new brand CEO. The news release from Rolex was a scant, one line document on official letterhead that explained Jean-Frederic Dufour would be appointed as the CEO of Rolex SA in Geneva. Mr. Dufour would be replacing Gian Riccardo Marini.

Many in the watch industry are familiar with Jean-Frederic Dufour as the CEO of Zenith watches, a position he will now be leaving. Zenith is part of LVMH, and after a successful time there since 2009, he is making the ultimate trip up the ladder to being in a top leadership position at Rolex.

Mr. Dufour is a known friend and protegé of the famed Jean-Claude Biver, former CEO of Hublot, who continues to retain a position of influence at the brand and who now has a more senior role guiding the watch brand divisions of LVMH (which also includes Zenith and TAG Heuer, among others). Mr. Biver greatly assisted Mr. Dufour when he started at Zenith and most agree that their combined work has turned Zenith into a brand which has recaptured and in many ways exceeded much of its former glory.

Ironically, I just posted an article on Forbes regarding Rolex’s position as the number 1 most reputable consumer products company in the world. The company is in very good shape as Jean-Frederic steps in–so it will be his job to continue and maintain that success.  Rolex is known for being relatively secretive so it is unclear what type of role Mr. Dufour will now have in dealing with the media as the CEO of Rolex. In the past, aBlogtoWatch has sat down with Mr. Dufour to talk product and the watch business. He is a very capable fellow and of course we wish him success in his new position leading Rolex. rolex.com