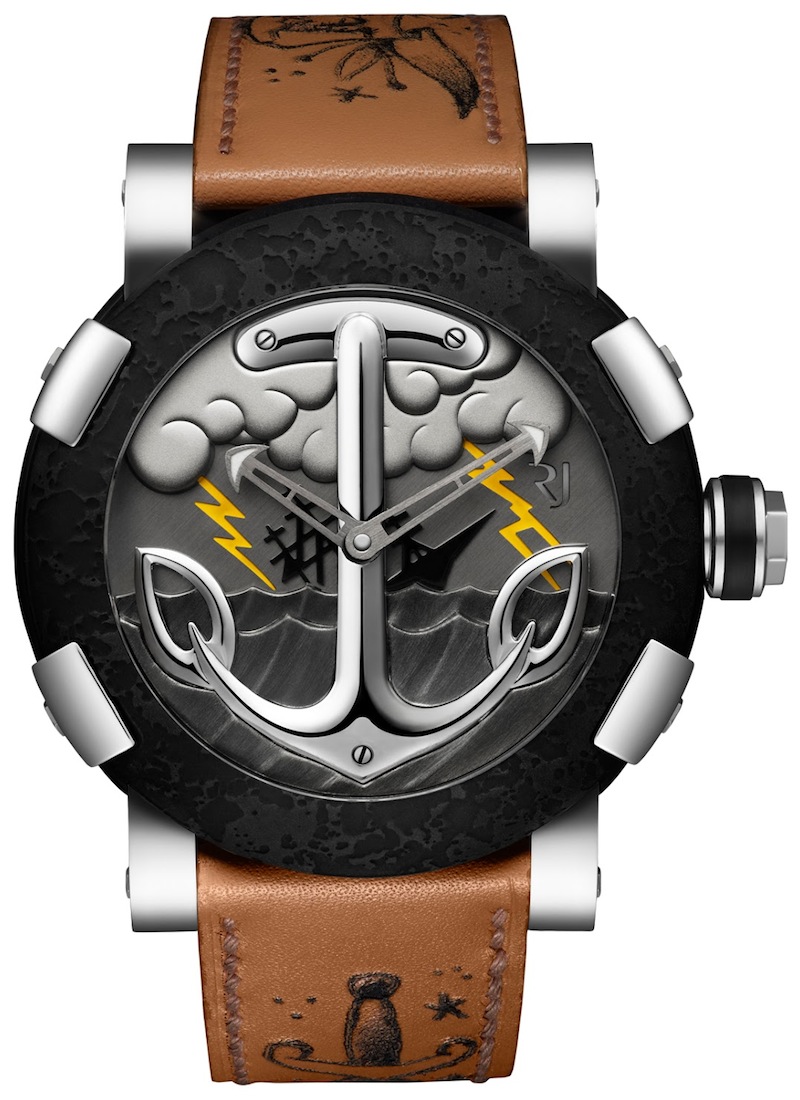 Romain Jerome‘s “DNA” watches have been inspired by fascinating events and achievements from human history, regardless of whether they happened on land, at sea or in the skies. What made the DNA watches famous is the fact that when making the case, the dial, or sometimes even the strap, they used materials closely related to these events. This made the stories feel much more tangible and helped to bring the concept to a more personal level. For the new “Tattoo-DNA” collection they spiced up this idea with a unique collaboration, as the brand worked together with Mo Coppoletta, founder of world-famous London-based tattoo studio The Family Business.

This time, the brand reaches out to “the world of sailors with its wealth of traditions and cultural customs” and – you guessed it! – tattoo art, in an effort to embody the legend of the sailor’s grave. Tattoos, sailors, graves, London, DNA and fine watchmaking – at first these sound more like a random selection of words from a modern men’s magazine than the attributes of a luxury watch… but who else would be able to pull off such a concept, if not Romain Jerome? Surely there are a lot of things to sink in (I hope I won’t have a dead pirate’s soul visiting me at night for that one!), so first, let’s take a step back and look at the basics. 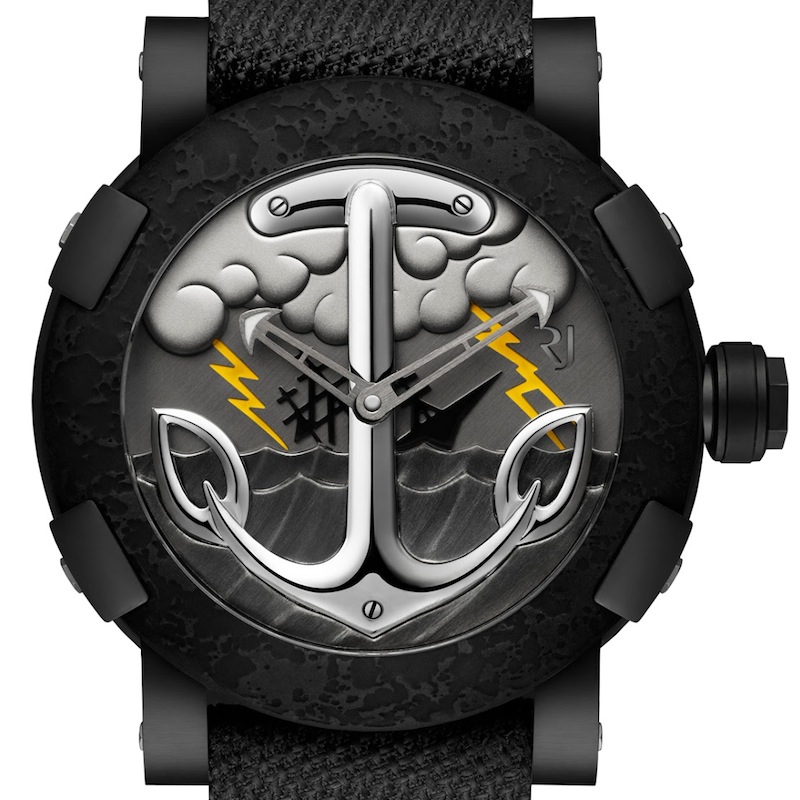 Tattoos and sailing – as the brand explains – share a common past. Since the 18th century, tattoos have been considered a powerful form of protection as sailors began having their arms and chests (the “weak” parts of their body) tattooed with symbols of strength, arming themselves against the various dangers of the open seas. Furthermore, tattoos also served as a way of recording and telling the great adventures and important events of their lives. Interestingly enough, today’s watches might serve a similar purpose, as I assume most of us would rather be given a nice timepiece than a full-chest tattoo to commemorate an important event like a graduation or retirement.

As far as the connection between tattoos and sailing goes, everything makes sense. But how does watchmaking blend in? I feel that Romain Jerome has already successfully proven its abilities in creating watches that are able to carry its wearer’s thoughts far away from the present . The idea is to go below the surface, to see the inside of our lovely planet, to fly you to the surface of the Moon, or to re-think everything the Titanic was meant to be or could have been. The basic goal is no different this time around either, it is to catch one’s imagination.

As seen in the video above, Mr. Coppoletta dreamed up a very dynamic and truly dramatic scene for the dial, one that tells us the story of a sinking ship and hence: “the sailor’s grave.” To bring some positivity into the picture, the anchor – a symbol of strength and hope, and the link to Mother Earth – plays a prominent role in the design. Speaking of the dial: at first glance the two lightning bolts and the big anchor clearly dominate the design and make any other detail rather difficult to see. However, after some further inspection, the stamped, engraved and decorated silver elements finally become visible and make up the clouds, the sinking ship and the sea. This is when the dial finally starts to form a complete picture and, for some, to trigger emotions!

The Tattoo-DNA collection will consist of four models, each issued in a limited series of only 25-pieces. All of them will be dressed in typical Romain Jerome fashion. That means a 50mm stainless steel case with four “paws” and a black PVD-coated, oxidized bezel that provides a rugged, ‘used’ look to the watch. Of the 100 watches in total, 50 will have black PVD-coating on the four “paws”, the crown and the lugs and these will come on a black fabric strap. The other fifty will have more bare stainless steel elements and a skin-colored leather strap, tattooed by the artist himself. The movement inside is the self-winding RJ001-A (basically an ETA 7750 with no chronograph or date function), beating at 28,800 with 42 hours of power reserve.

Although – quite weirdly – Romain Jerome did not once use the word ‘pirates’ in its communication about the collection, I still feel that this is the watch of a modern pirate. Yes, the person who will own one of these pieces (probably) won’t have a full-rigged frigate tattooed on his chest, nor will he attack with swords and hooks, the taxi in the next lane, but he will want to express something that only a watch with a huge anchor and two glow-in-the-dark lightning bolts can.

So, what about actual tattoo art on the watch? Well, that is where some of the straps come in. For several years now, Romain Jerome has been experimenting with “tattooed” straps working with Mr. Coppoletta. The idea is not novel, but we think should be implemented more often. Straps make a great canvas for art on a watch – so brands should be mindful of new ways of adding design. The straps (some of them) have printed tattoo-style art on them. Would it be more “RJ” to actually tattoo an animal, then use its skin for the the strap? Maybe…

The rather unique theme and the uncomplicated, yet arresting scene on the dial should provide enough food-for-thought and make up for the lack of any rare material melted into one of the components of this watch. Prices will be $18,450 for any of the four models in the collection. Once again, you have a chance to make anchors a part of your day… romainjerome.com