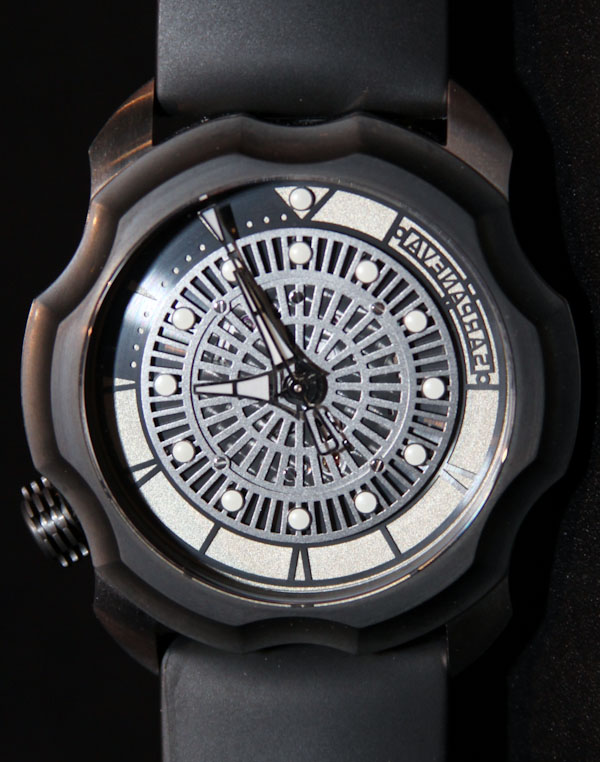 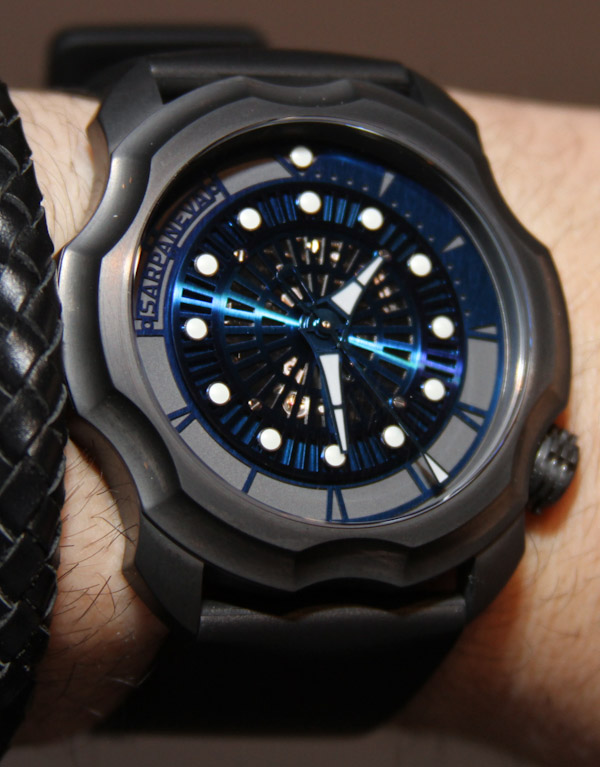 After some re-visioning and rebuilding, Finnish watch maker Sarpaneva has completed their dive watch that will be known as the Korona K0 “Ruler of Water.” I saw the prototypes of the K0 a year earlier in 2011 and the final versions are nicer looking and more distinct. Those who recall the 2011 version will notice the lack of screws on the bezel, updated dial, and movement of the crown to the 4 o’clock position.

Sarpaneva will release three versions of the Korona K0 to start. The cases will be all steel, with some DLC black/gray application options on the case and dial, and of course the option of having some of that lovely blued steel. Most Sarpaneva watches have been typified by their grimacing moon face. The diver doesn’t include that, but does have that cool skeletonized dial Sarpaneva is known for. These watches are made in extremely limited numbers, one at a time, by Mr. Sarpaneva himself. 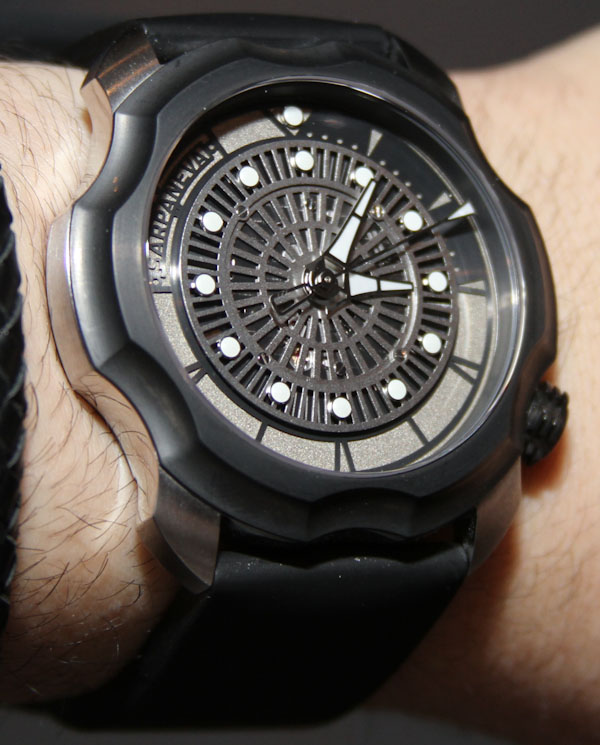 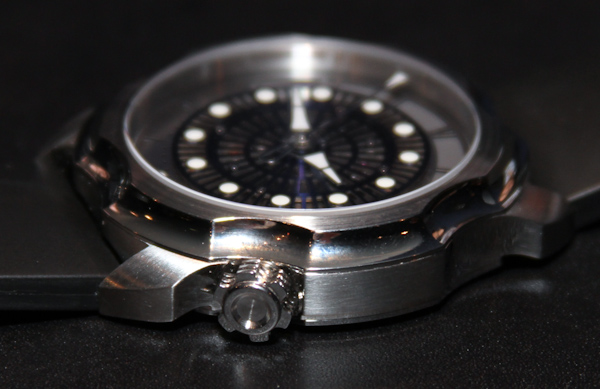 Just seeing the case lets you know who made this watch. The special shape of the design is attractive and sized to 46mm wide for the “Ruler of Water” watch. The steel case doesn’t wear too large though as the bezel takes up a lot of the visual mass. I think this size suits the design well. Sapraneva and I discussed the caseback of the watch at length. I felt it was too simple and he thought the simplicity was unique given his penchant for not having simple looking watches. That was an amusing conversation.

Like a good dive watch, the case is water resistant to 300 meters and there is SuperLumiNova on the hands and hour markers. At 11.2mm thick, the case is not too chunky and the watch has a 2.5mm thick AR coated sapphire crystal. The dial is very nice and the version with the blued steel plate is really sexy. I might have liked however for the 12 o’clock hour indicator to look a bit distinct. I love the style of the tip of the seconds hand as applied to the face. 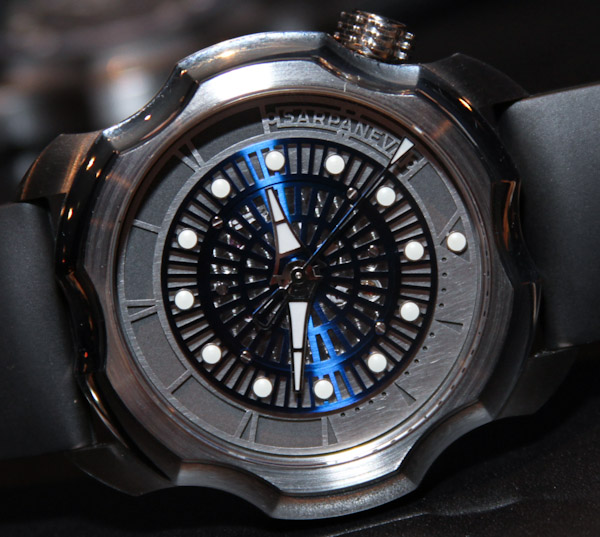 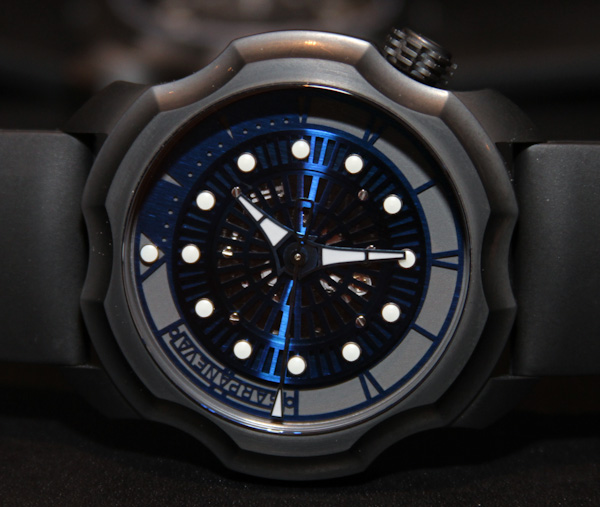 For the Korona K0, Stepan Sarpaneva incorporated an internal rotating diver’s bezel in a very clever way. Basically he just reworked the date disc into a dive ring. Changing the gears and mainplate a bit, you now have an internal rotating diver’s bezel versus the date. It is of course controlled via the crown. This was a very simple way of adding the functionality without having to go wild with engineering costs. You’ll notice how the Sarpaneva logo is incorporated into the timing ring. The watch is attached to a rubber strap.

For the movement, Sarpaneva again relies on modifying a Soprod A10 automatic. He has become quite adept at playing with these Swiss movements. Overall a really nice piece, the Korona K0 is a great “alternative” dive watch and a cool way of enjoying Sarpaneva. I am not sure how many of these they will make. I am told that the Korona K0 will be a limited edition, but no word on how many. Sarpaneva does however assert the limited nature of his timepieces by stating that they are “One of the Few” on the back of at least this watch. Price is between 6,500 and 9000 Euros depending on the version.