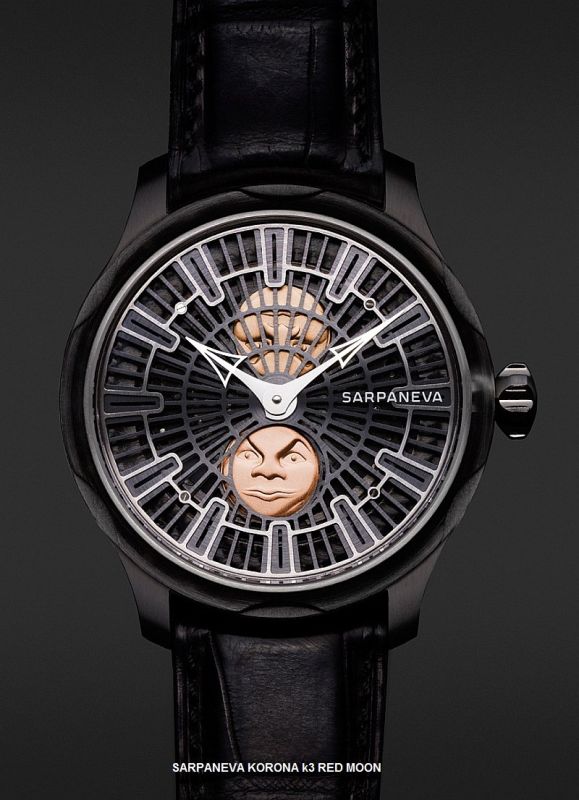 Don’t blame yourself if you’ve never heard of Sarpaneva watches. That is ok, I didn’t know of them until recently myself. Stepan Sarpaneva started Finland’s first mechanical watch company in 2003, and the boutique watch maker has released an impressive array of complex and intriguing watches in just a few short years. One of the newest mechanical creations is the Korona K3 (shown in its ‘Red Moon’ iteration here). 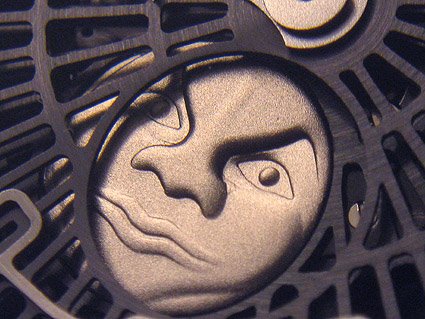 The influence behind this interesting moon phase watch is Stepan’s view of the moon through a metal fence across forested trees. He liked what he saw so much, that the image stuck in his mind forcing him to sketch out his ideas for a new watch face featuring a new type of skeletonized display of a moon phase complication.

There is something organic about the seemingly industrial montage of lines and materials used in Sarpaneva watches. The Korona features 4 layers in the face, which need to be painstakingly hand sculpted for each watch. The materials on the face are mostly steel, but there is also the rose gold moon (on some models) and “diamond coated black” finishing on some of the steel. There are actually a lot of customization options here for interested parties, and various finish combinations can be ordered. First you have to like the watch itself, then you can nitpick over the small details with the watch makers. 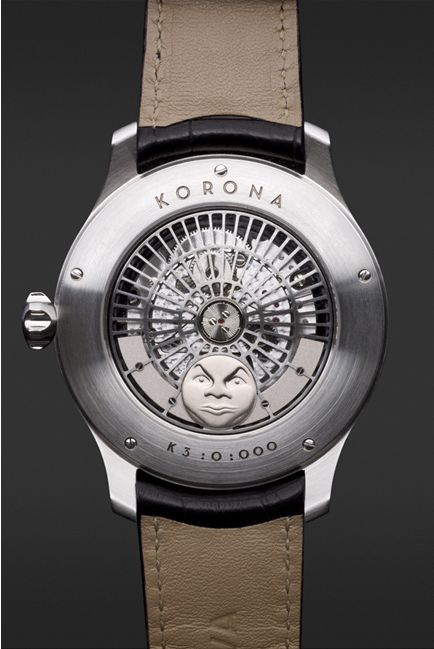 Bypassing ETA movements altogether, there is a modified Soprod A10 11 automatic mechanical movement inside which is decorated on the back with a customized rotor (with the moon face again), and the stylized grating over the movement. It is a nice effect that I have not seen before. The case itself is 44mm wide and quite thin at about 9mm. Further, the case comes in the standard steel finish, or again with the diamond coated black. The front and rear crystals are obviously sapphire, with anti-reflective coating on the inside. Also, it is nice to note that the Sarpaneva moniker on the dial is actually on the rear of the sapphire crystal; done in the modern trend, but not too overly executed as I believe is the case in watches such as what Richard Mille puts out. 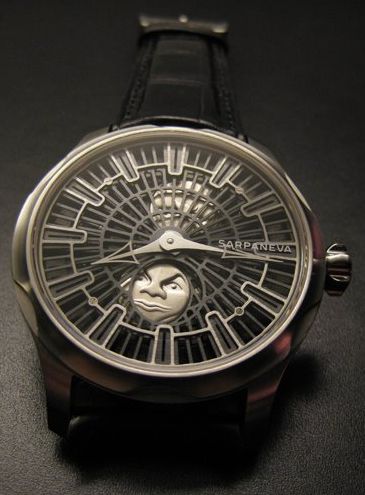 I cannot decide whether I have concerns over the precision of the Korona dial. While the movement should be accurate enough, I speak to the ability to easily and accurately read the time. The many linear indications around the face are not precisely set up to the five minute increments between the twelve indexes. While you can get to the “five” minute precision, beyond that, there might be some confusion. I’d really have to live with the watch for a while to make a more qualified determination. Overall, this is a small issue given the bold looks of the watch that are otherwise very nice to look at.

Lots of people have had things to say about the grimace on the face of the moon. Frankly I don’t have a problem with it. They think it is angry, I see it more as being serious. What else would the Moon feel given the state of the Earth right now and environmental change? A reminder that no matter how much of the Moon we are able to see, the celestial monolith still presides over much of what keeps Earth ecosystems alive, and if sentient, would probably not approve of our treatment of the only habitat we have. Overall, you don’t have to love the application of the moonphase complication in the Korona K3, but you should still appreciate the unique approach, and the creativity behind the design. Keep your eyes on Sarpaneva as an up-and-coming brand to pay attention to in my humble opinion. www.sarpanevawatches.com