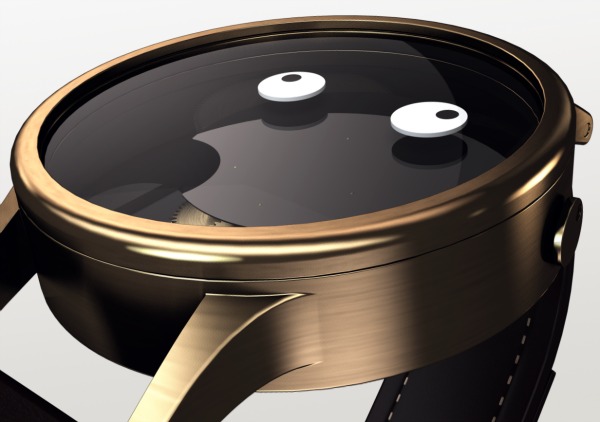 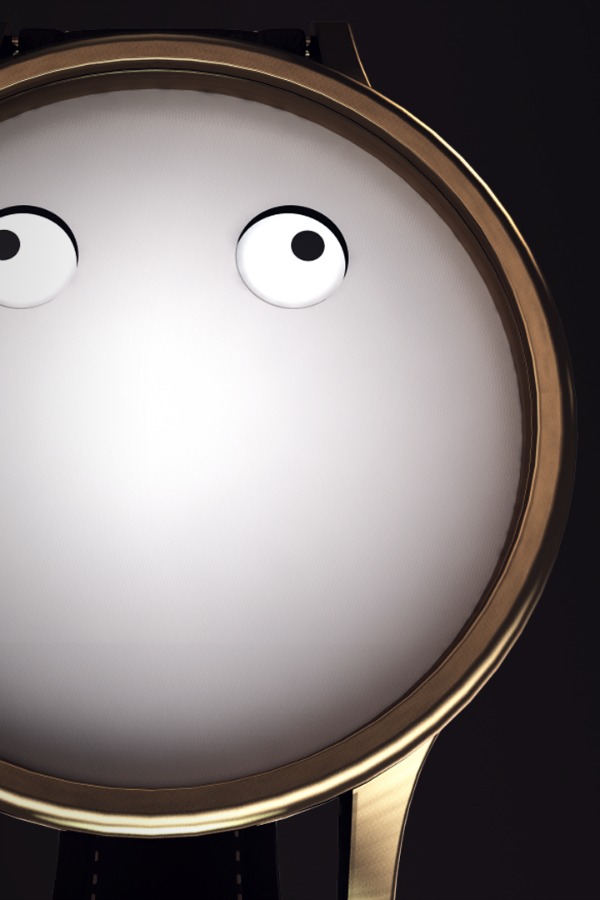 The “Second of Happiness” (SoH) watch is currently just a concept, but it certainly could be made. It is the charming and clever brainchild of 21 year old French design student Mathilde Ampe. Ironically enough, the watch does not display the seconds. According to Mathilde, this is also her very first watch design.

The SoH watch is meant to look like a face. Not just a watch face, but a more human-like face. The focal point of the design are two rotating discs that are meant to look like eyes, and the pupils are the indicators. The left eye disc indicates the hours and the right disc is for the minutes. Does that make it hard to tell the time? A bit.

What the SoH watch lacks in legibility it makes up for in personality. However, to get an idea of what the Second of Happiness watch is like to tell the time, Mathilde set up a site with the SoH watch design that shows the current time here. Depending on when you visit that site, it seems as though the face of the watch changes. A principle feature of the SoH is that the dial can look like anything. It’s designed to look good with a solid color face, one with a pattern, or even one that looks more like a face. For example, one version Mathilde designed has a smile-shaped opening at the bottom of the dial that looks like a mouth. It also doubles as a slight view of the mechanism.

The SoH watch is designed to use a quartz movement, which probably makes sense given the novelty of the design. The beauty of the design is in its versatility. The SoH watch could have a face-like dial to emphasize the silliness of the googly eyes, or a totally black dial to make the design look a bit more mysterious. That it actually tells the time is an added benefit. 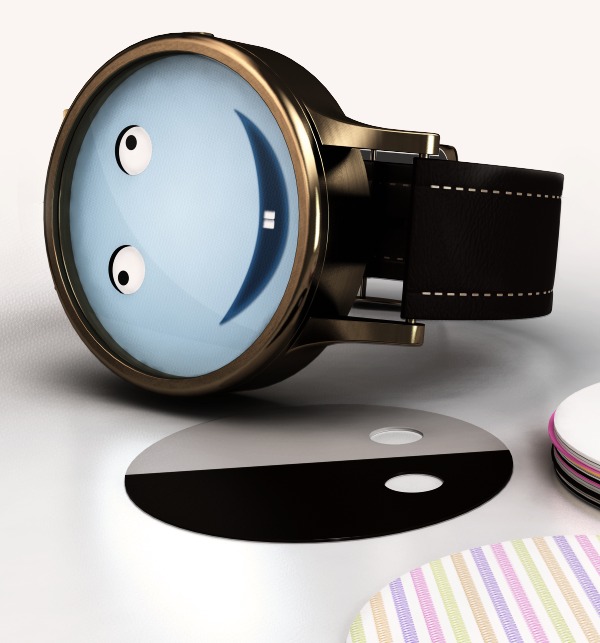 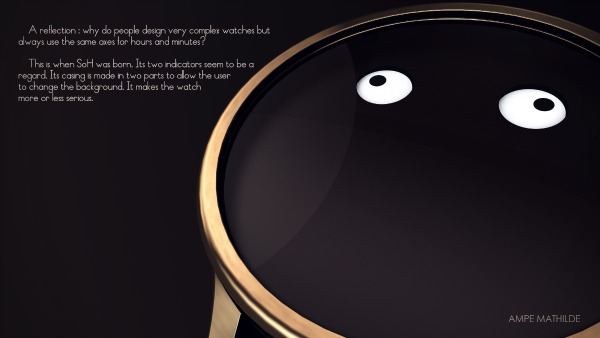 Still in school, it looks like Mathilde Ampe has some promising concepts in her head. The sheer familiarity of the SoH design should make it worth producing as people are drawn to look at things which are face-like. Though it is hard to tell what the future of the project will be, Ampe clearly has an interest in timepieces so I suspect we might be seeing more of her. See more about the Second of Happiness watch and Ampe’s portfolio here. Also, thanks to Andreas for giving us the heads-up on this concept.