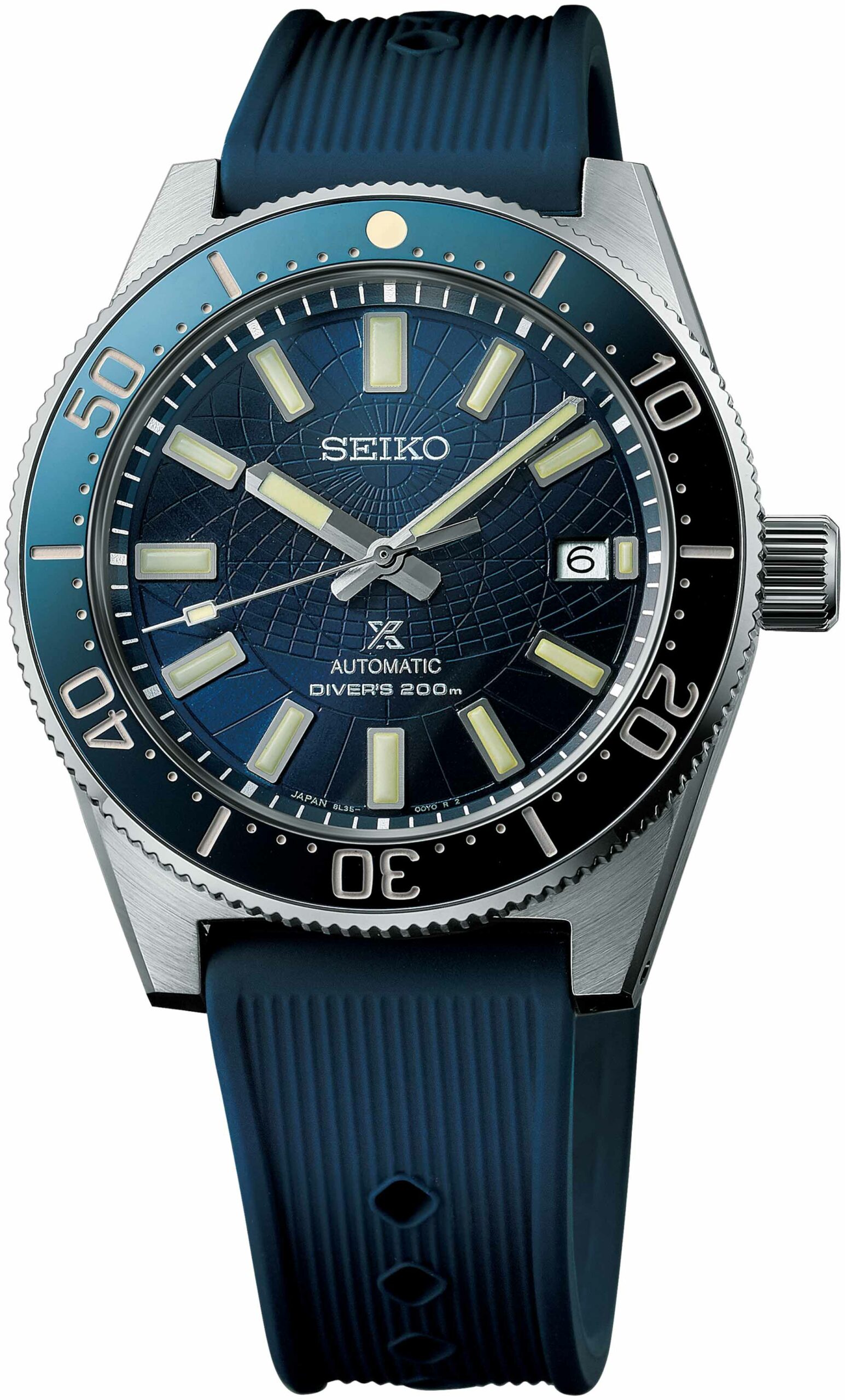 If there’s one thing Seiko loves more than limited editions, it’s dipping into its vast archives and re-imagining one of the classic designs from the brand’s rich history. To kick off 2023, Seiko has once again looked to its first-ever diver (that also happens to be Japan’s very first purpose-built dive watch), which most collectors will know simply as the 62MAS. This is hardly the first time that Seiko has revived its inaugural diver, but rather than simply being a direct recreation of the original that is built with present-day materials, the new Seiko Prospex 1965 Modern Re-Interpretation SLA065 gives the classic design a contemporary twist and positions it as part of the brand’s popular Save the Ocean series, while also expressing this modernized execution at the very highest level that Seiko has to offer (before you start getting into Grand Seiko territory).

At a quick glance, the case of the new Seiko Prospex 1965 Modern Re-Interpretation Save the Ocean Limited Edition SLA065 looks virtually identical to the 62MAS, and without going through the specs, you’d be forgiven for thinking that it’s essentially the same watch as the SLA017 from 2017, just in a deep blue colorway and fitted with a different dial. However, while the overall design has remained largely unchanged (which is expected given that both models are heavily inspired by the brand’s original diver from 1965), the case of the new Seiko SLA065 is slightly larger than the one featured in the SLA017 and features updated proportions to accompany its increased size. Crafted from stainless steel with Seiko’s super hard surface coating, the case of the new Prospex SLA065 measures 41.3mm in diameter by 13.1mm thick, with 20mm lugs and an overall profile of 47.6mm. Compared to the SLA017, the new Seiko Prospex 1965 Modern Re-Interpretation Save the Ocean SLA065 is both wider and also a bit thinner, which means that it will likely offer a flatter and more refined profile on the wrist. 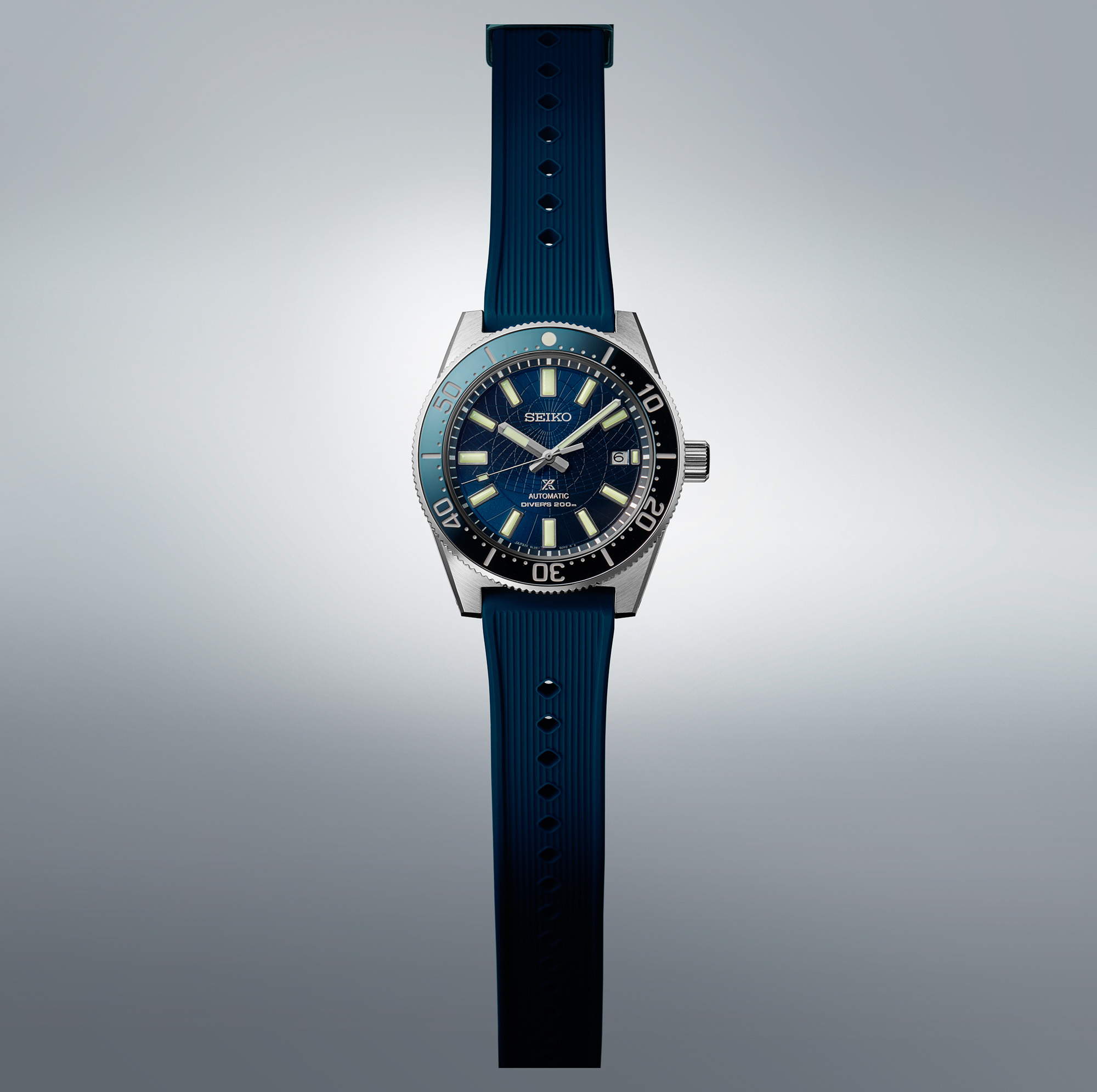 Sitting on top of the case of the Seiko SLA065 is a double-domed sapphire crystal with anti-reflective treatment on the inner surface, while the reverse side of the watch is protected by a solid screw-down stainless steel caseback. Surrounding the crystal is a unidirectional rotating bezel fitted with a metallic blue 60-minute elapsed time insert, and the thin area surrounding the insert (along with the bevel separating the tops of the lugs and the side of the case) is Zaratsu polished for a subtle dash of refinement. Given that the core design of the Seiko Prospex SLA065 is heavily based on the original 62MAS, a simple screw-down winding crown at the 3 o’clock location offers access to the movement, and it works together with the solid caseback to help create 200 meters of water resistance. Fitted to the 20mm lugs of the SLA065 is a textured dark blue silicone strap, while the boxy angular lugs themselves feature drilled holes to enable easy strap changes. 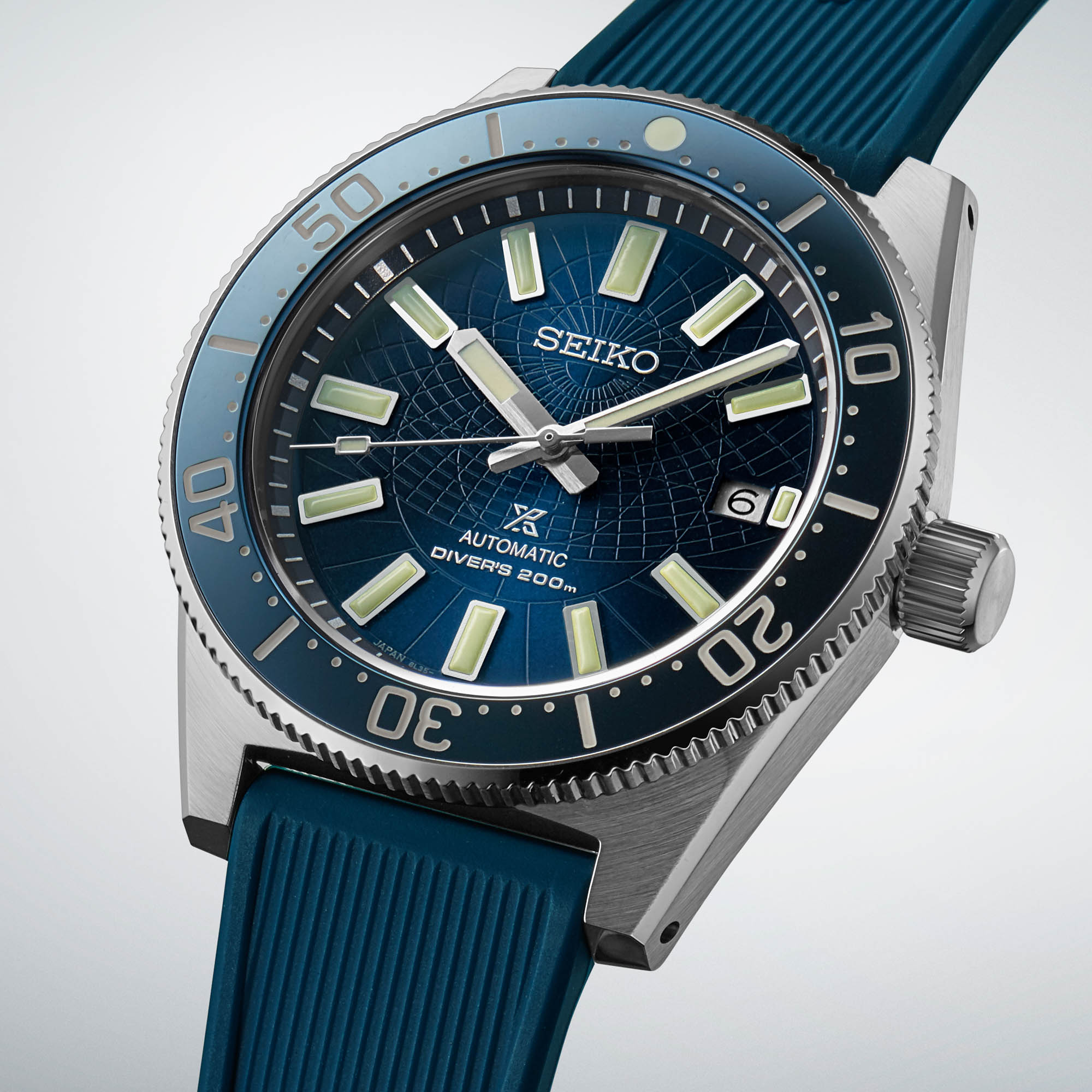 While past Save the Ocean models have been dedicated to various marine animals like manta rays and sharks, the new Seiko Prospex 1965 Modern Re-Interpretation Save the Ocean SLA065 is created in support of Greece’s Fournoi Underwater Survey and Excavation, which is an archeology project that aims to explore an undersea historical site and protect its cultural heritage for future generations. As an aesthetic tribute to this marine inspiration, the SLA065 features a metallic dark blue dial, which is engraved with intersecting curved lines in a pattern that is inspired by the astrolabe — an ancient navigational tool that seafarers would use to determine the latitude of their location based on the position of the stars and the sun. That said, beyond the color and pattern on the dial, the overall layout of the dial itself is virtually identical to other models inspired by the original 62MAS, and it features large rectangular hour markers, a trio of centrally mounted baton hands, and date window at 3 o’clock. Additionally, just as you would expect from one of Seiko’s ISO-certified Prospex dive watches, all three of the hands, plus each one of the twelve hours markers on the Save the Ocean SLA065 are finished with green-glowing Lumibrite for easy access to the time in dark settings. 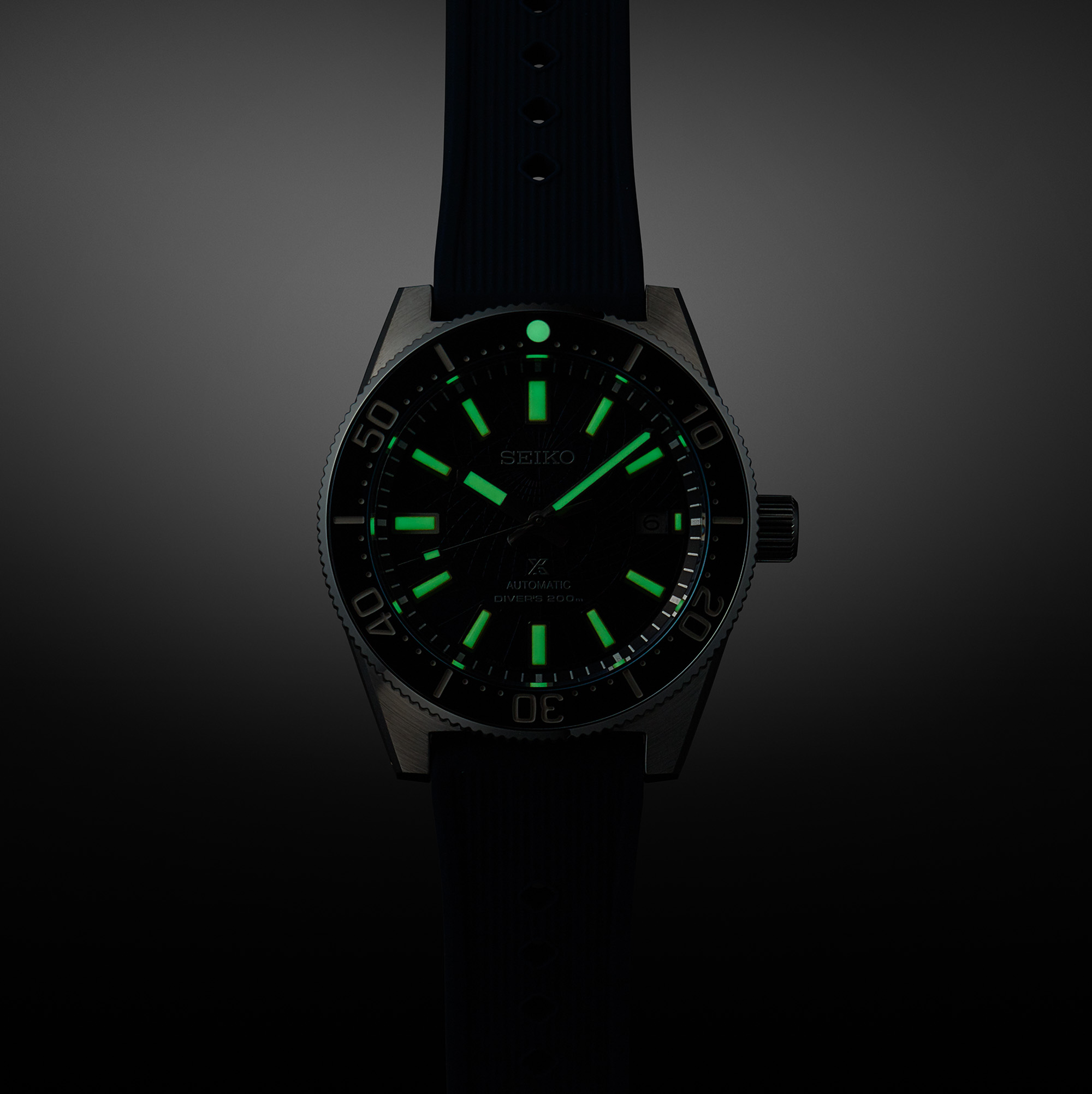 Seiko has produced numerous different models that are based upon the design of the original 62MAS diver, although the various watches that follow this core aesthetic can occupy a rather wide range of prices. Similar to the SLA017 from 2017, the new Seiko Prospex 1965 Modern Re-Interpretation Save the Ocean SLA065 is positioned as a premium model within the brand’s catalog, and a big part of why is due to the movement used to power the watch. Inside the SLA065 is the Caliber 8L35 automatic movement, which runs at a frequency of 28,800vph (4 Hz) with a power reserve of approximately 50 hours. Along with a higher operating frequency and tighter timekeeping tolerances than most Seiko movements, the Cal. 8L35 is based upon the design of the Grand Seiko Cal. 9S55, and it is the brand’s go-to mechanical option for its top-of-the-line dive watches. The price premium that Seiko charges for models with the Caliber 8L35 is fairly significant compared to similar watches that have lesser movements, although it’s undeniable that the 8L35 represents a solid step up compared to the already pretty decent calibers that Seiko uses to power its entry-level watches. 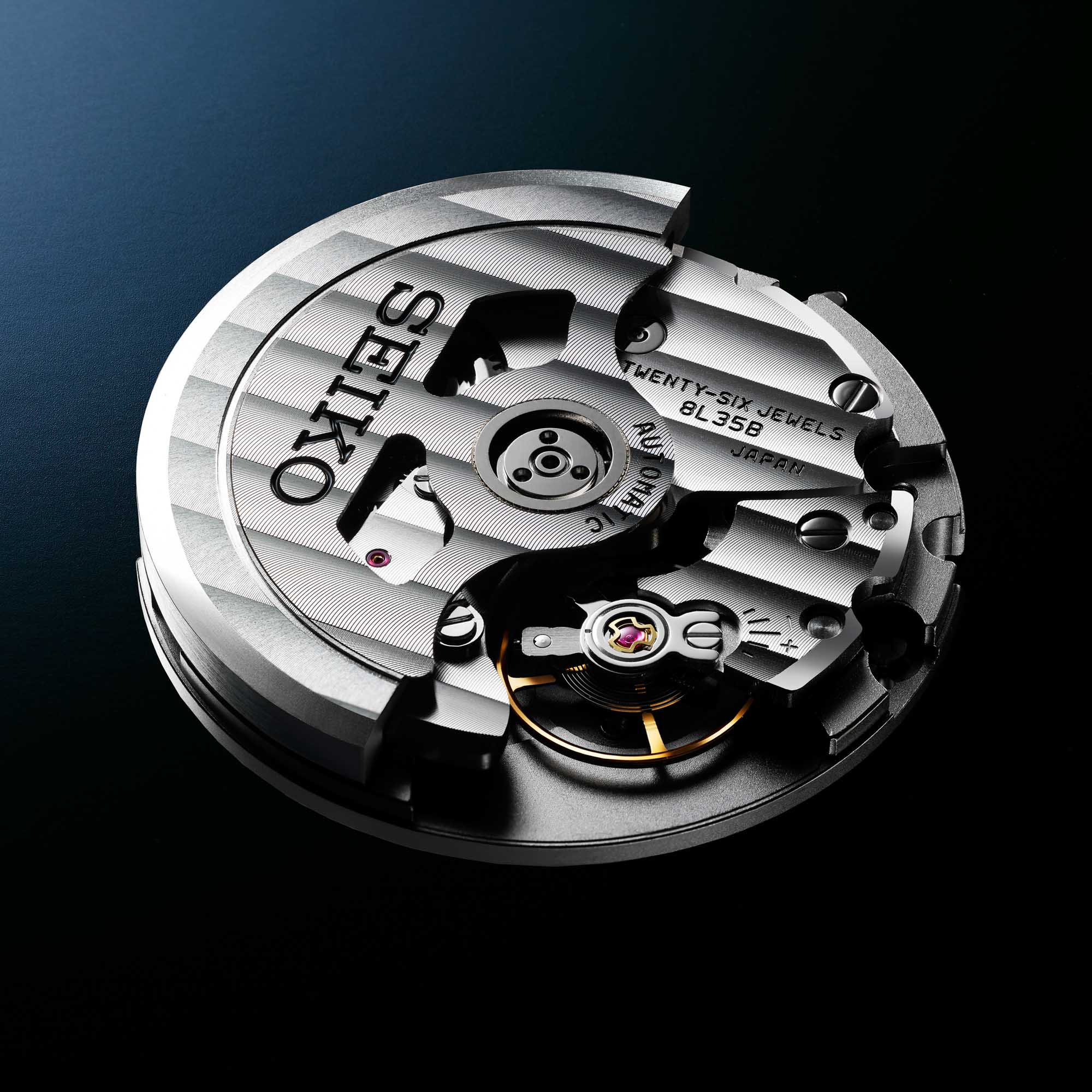 Seiko’s Prospex series spans a remarkably wide range of prices that starts out at just a few hundred dollars and extends all the way to values that are more than ten times the point of entry into the collection. While the new Seiko Prospex 1965 Modern Re-Interpretation Save the Ocean SLA065 is less expensive than the SLA017 from 2017, it is still one of the more expensive models from the current Prospex series, and it is accompanied by an official retail price of $2,900 USD. Additionally, similar to other ultra-premium Seiko Prospex models, the new SLA065 will be produced as a limited edition, with production capped at 1,300 examples worldwide. With that in mind, it’s worth reiterating that the new SLA065 isn’t just a color variation of the previous SLA017, nor is it just a fancy version of the SPBxxx series that has an upgraded movement. Instead, the new Seiko Prospex SLA065 is a modernized version of the brand’s original dive watch, and it offers much of the same fan-favorite aesthetic in a more refined and contemporary package, along with an added Save the Ocean design twist. For more information on the Seiko Prospex 1965 Modern Re-Interpretation Save the Ocean Limited Edition SLA065, please visit the brand’s website.