Seiko Izul, The Coolest Watch You’ve Never Heard Of (And Can’t Get) 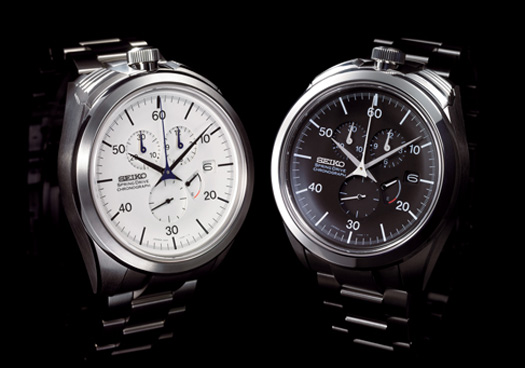 I write this as I am here in Japan spending time with Seiko (though I will post it after my return to the States). So much to talk about, I don’t even know where to begin. Well this article is about the Seiko Izul. A watch that I learned about today that I should have heard about a long time ago. This is a damn cool watch. So I was at Seiko’s headquarters today and one of the people we met was the nice gentleman who designed the dial of the Seiko Spring Drive Spacewalk, a watch many of you are deeply desiring. The good news is that the Spacewalk will be released as a 100 piece limited edition set. The bad news is that it will be $28,000. I digress. Everyone at Seiko was wearing an awesome Seiko watch that I’d not seen before, and he was wearing something that I’d never even seen images of. It had the style of the Spacewalk, but a totally different dial look and case. From a distance I could tell that it was derivative of the Spring Drive Spacewalk, but I thought maybe it was some special watch that the designer of the Spacewalk had. I was eager to check it out. 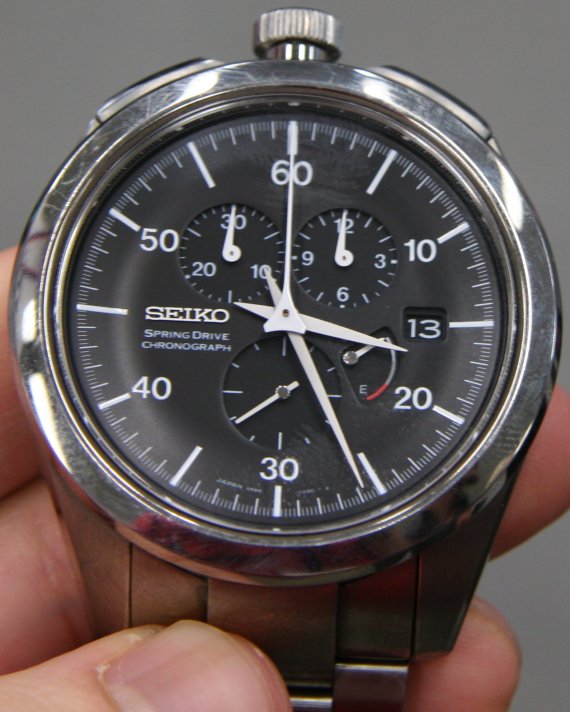 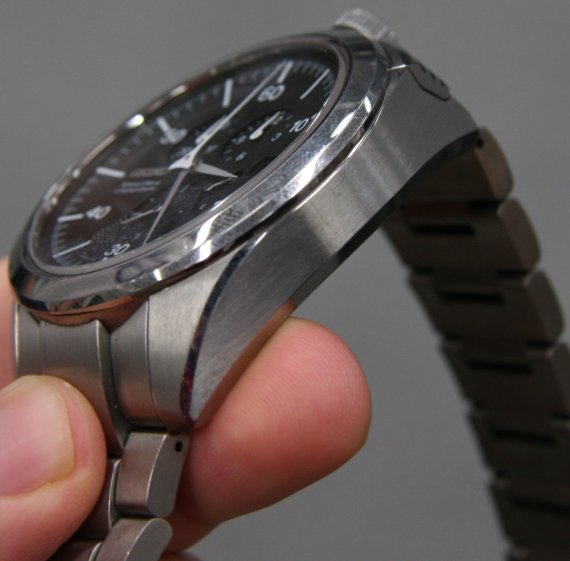 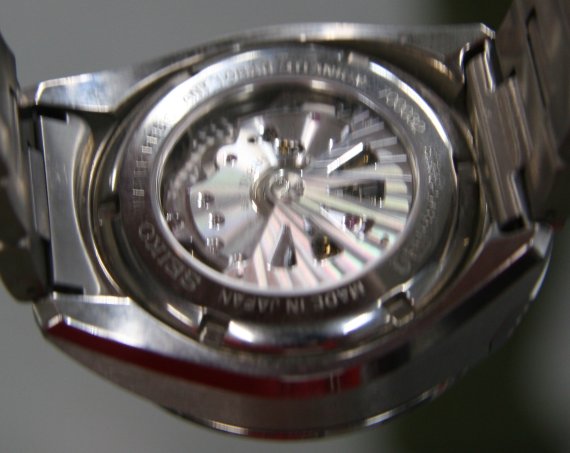 It really looked like the Seiko Spring Drive Spacewalk version of the Omega Speedmaster Professional Moonwatch, and that idea made sense to me given what the Spacewalk was about. After waiting too long, I asked to see his watch. He didn’t think much of it and handed it to me. I, and the other journalists there got really excited about what turned out to be the Seiko Izul. The watch is of course based on the Spacewalk design (but without a GMT hand), and actually had a few versions when it came out in 2007. A few watch lovers out there know about this Japan only watch from 2007, but I was happy to learn that it was a commercial release, and sad to learn that it is no longer being made. Price for the Izul watches was about 5,000 euros, which was better than the $28,000 for the upcoming Seiko Spring Drive Spacewalk commemorative edition watches. 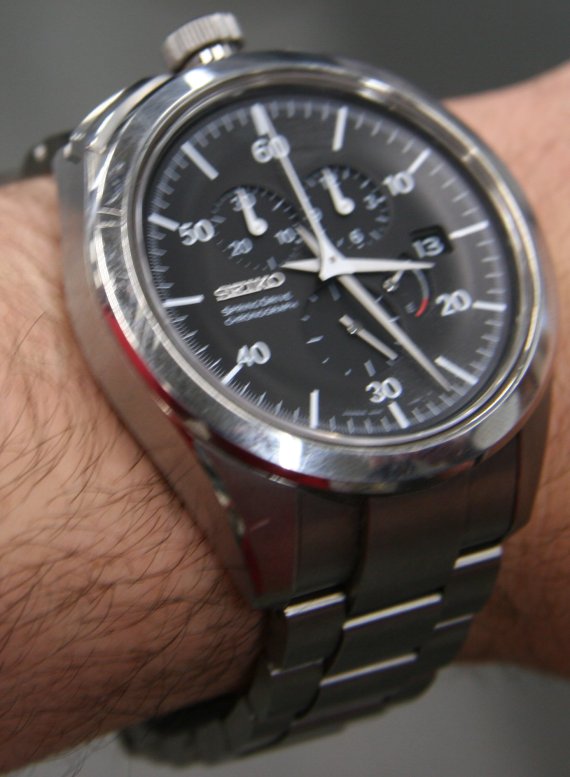 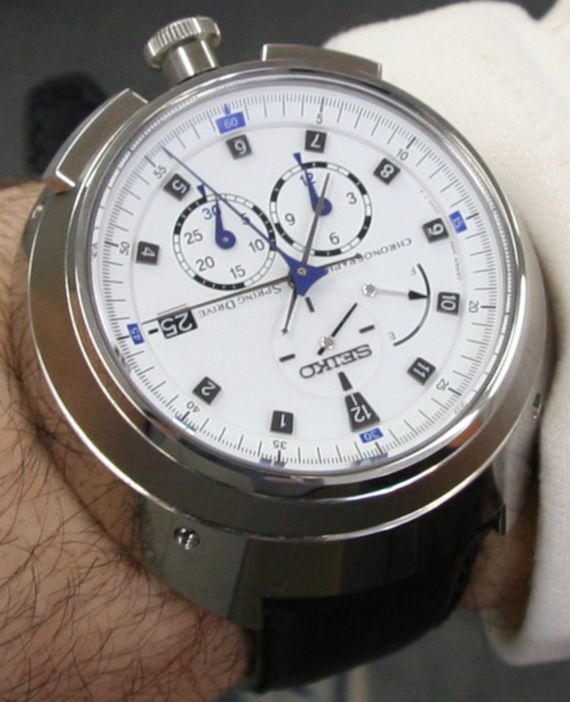 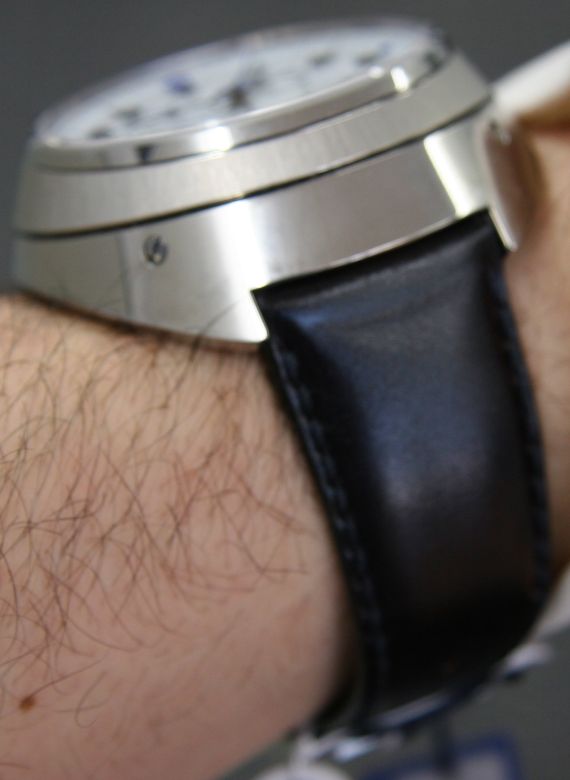 The Izul was awesome to behold and is in all titanium. One of the versions might be in steel, though I am not sure. The dial was based on hand held stopwatches, but you could see the similarity to the Speedmaster Moonwatch. In fact, the dial design is sort of important to Japanese people. It is based on a series of stop watches made my Seiko for the 1964 Tokyo Olympics. That was the not only the first Olympics in Japan, but the first in all of Asia as I understand it. October 12th is a national holiday celebrating this fact.

I really want one of these Izul watches, badly. Investigating a bit I found that a few models existed and there are actually a few new ones that MAY be available (only in Japan!). Some models feature a unique twisting case that rotating all the way around. This is really weird actually as the watch chronograph is “upside down.” So when you twist it around for the chronograph to be right side up, the watch itself is upside down. I am more attracted to the less “interesting,” and more beautiful black or white dial version in the non-rotating titanium case. You can tell that it is a bull-head style with the crown and large pushers on the top. The dial layout is extremely functional and easy to read – the same as in the Seiko Spring Drive Spacewalk. 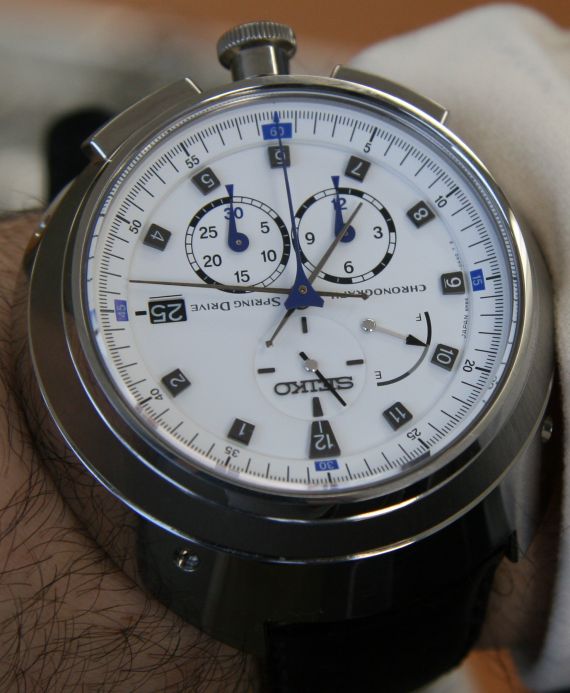 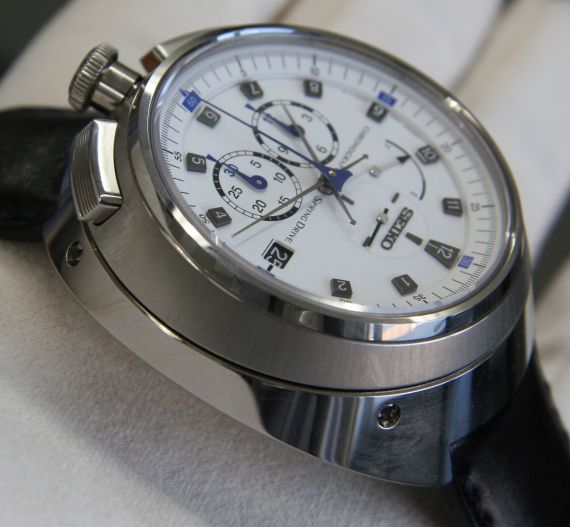 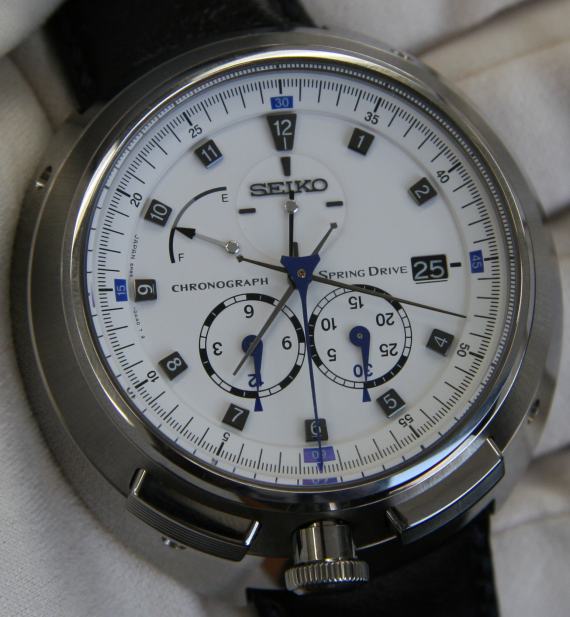 So a bit more about the large watch. First, the movement is the illustrious Seiko Spring Drive chronograph that has a 12 hour chronograph, date, and power reserve indicator for the 72 hours of power reserve. Like I said, these models have the GMT hand removed, and instead wish to emphasis the chronograph complications. I’ve talked about Spring Drive a lot. If you don’t know about, it you should want one. Really all the allure of a decorated, manufacture made mechanical movement, with the accuracy of a quartz watch. No batteries, ever! It is all powered by a mainspring. Magic, I know. The watch focuses on the Japanese ideal of perfection (also an ideal for Seiko). ) One thing the watches do, that has been a goal of many for so long is have a PERFECTLY smooth sweeping seconds hand. No mini ticking. Nothing but smooth as butter “glide motion” hands. Very impressive to see. Also, the watch is 100% silent. Put your ear up to it, and you can’t hear a thing. Seiko is very proud of this fact. There are a few other impressive points for Spring Drive movements, but I will leave that to other articles.

Movement has 49 jewels and almost 400 parts. All lovingly made and assembled by hand (I can attest to that having seen it with my own eyes). Size of the watches were large and in charge at between 47-51mm wide. Simply stunning and most certainly a crowd pleaser. Find one if you can, retail price was around $8,000 bucks.