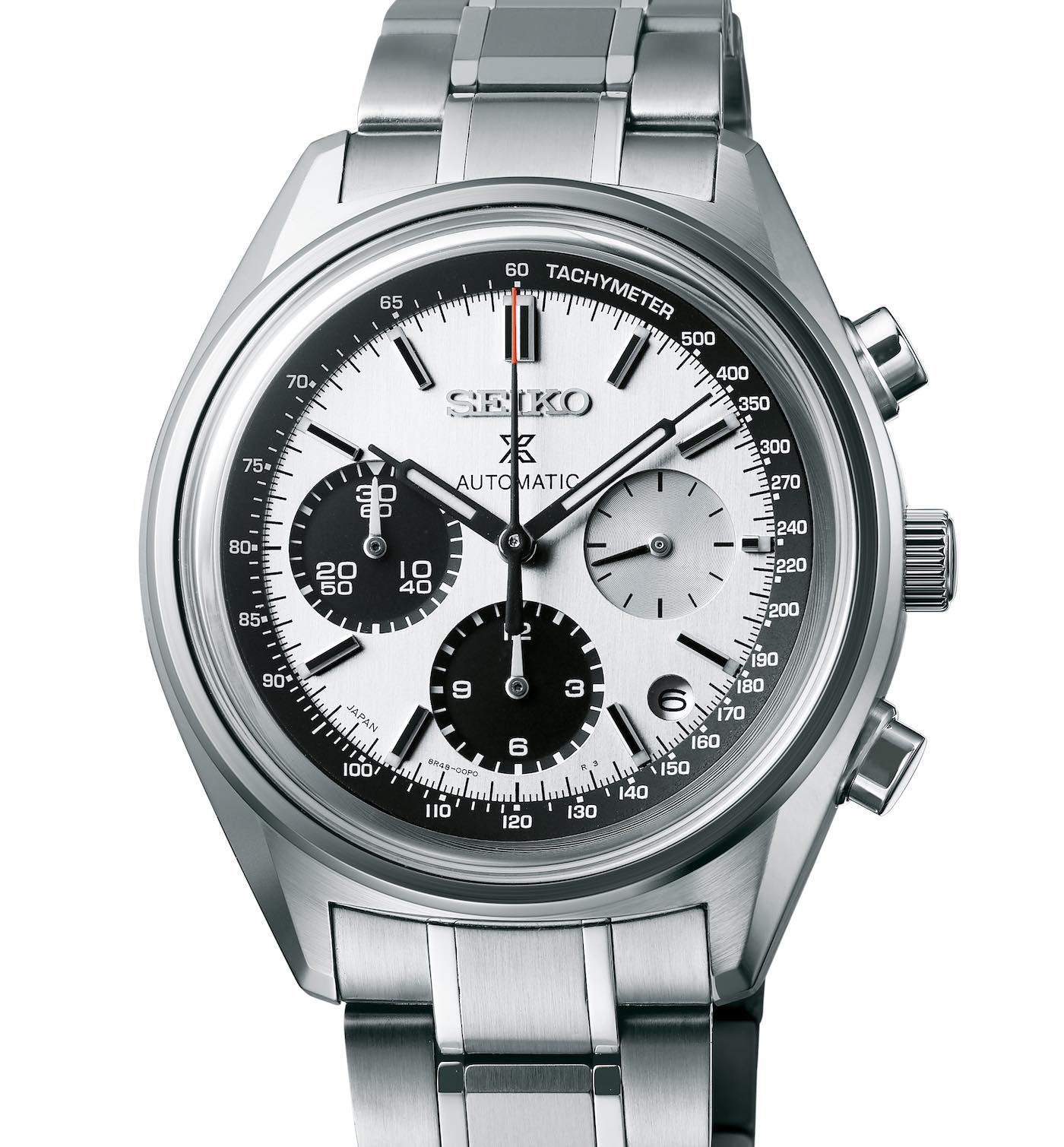 If you’ve been around the watch industry for any amount of time (and you happen to have at least a passing interest in the movements that power these tiny ticking treats), you will probably know that 1969 was a big year for the chronograph complication. That year saw the debut of the legendary Zenith El Primero, the Heuer/Breitling/Hamilton Chronomatic, and the Seiko 6139. The 6139’s claim to fame is that is was the very first automatic chronograph with a column wheel and a vertical clutch. While such a mechanism is now taken almost for granted, it was, at the time, a significant leap toward improved accuracy of recording elapsed time with a wristwatch.

Seiko’s history of chronograph production, however, stretches much further back than 1969, with a pocket watch chronograph being produced as early as the 1940s. As such, one of the two models chosen to celebrate Caliber 6139’s 50th birthday has its roots in a reference that predates the movement itself by five years and is known for being Seiko’s first wrist-mounted chronograph. 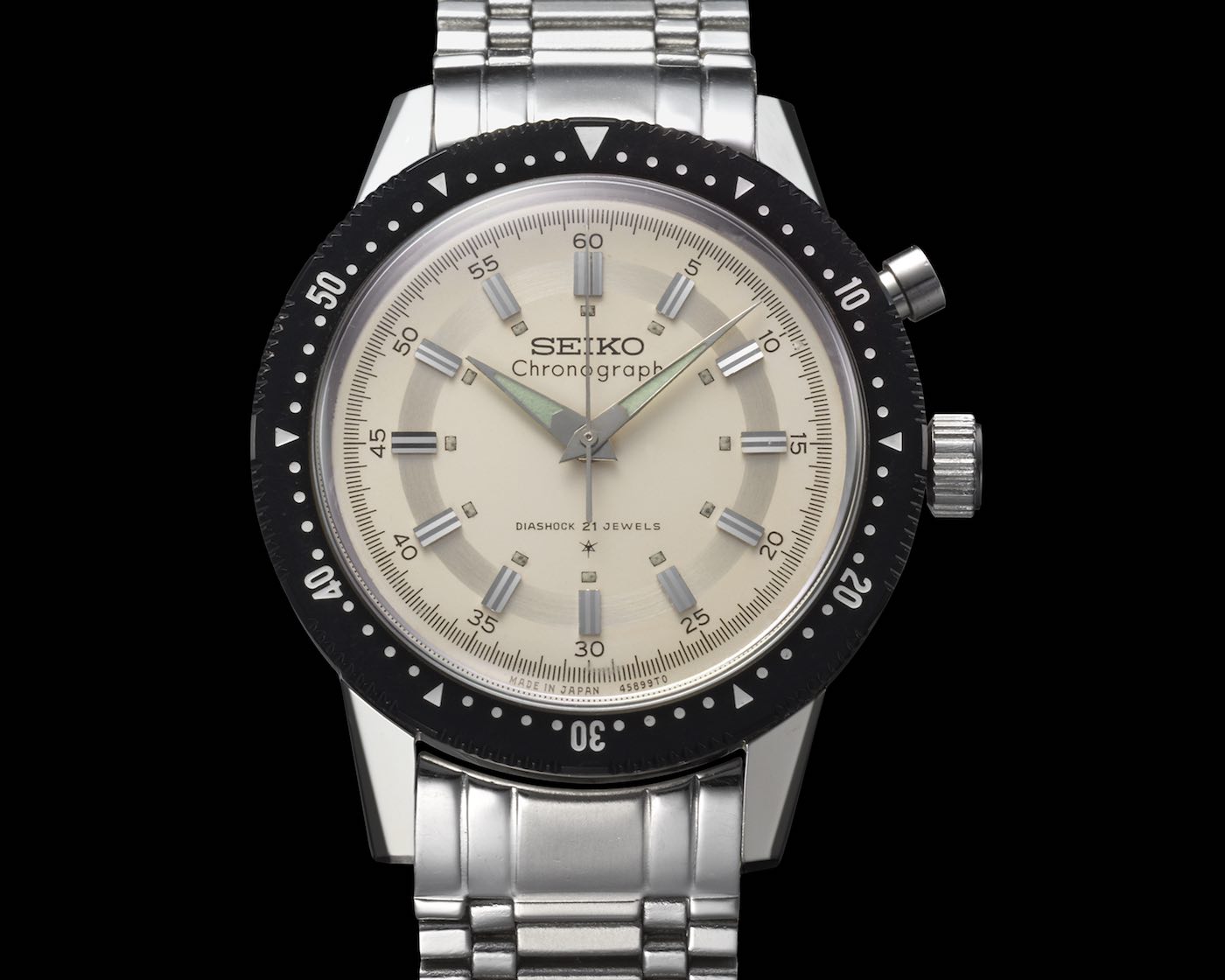 The modern-day interpretation, known as the Seiko 55th Anniversary Chronograph (SRQ0031 seen below) is starkly different from its inspiration (the Crown Chronograph seen above), launched 55 years ago. Those differences run from the outside of the case to the inside. A mono-pusher setup from 1964 is replaced with a more standard twin-pusher arrangement working alongside a three-sub-dial layout, as opposed to a simple 60-second chrono that worked with a centrally mounted seconds hand and nothing more. 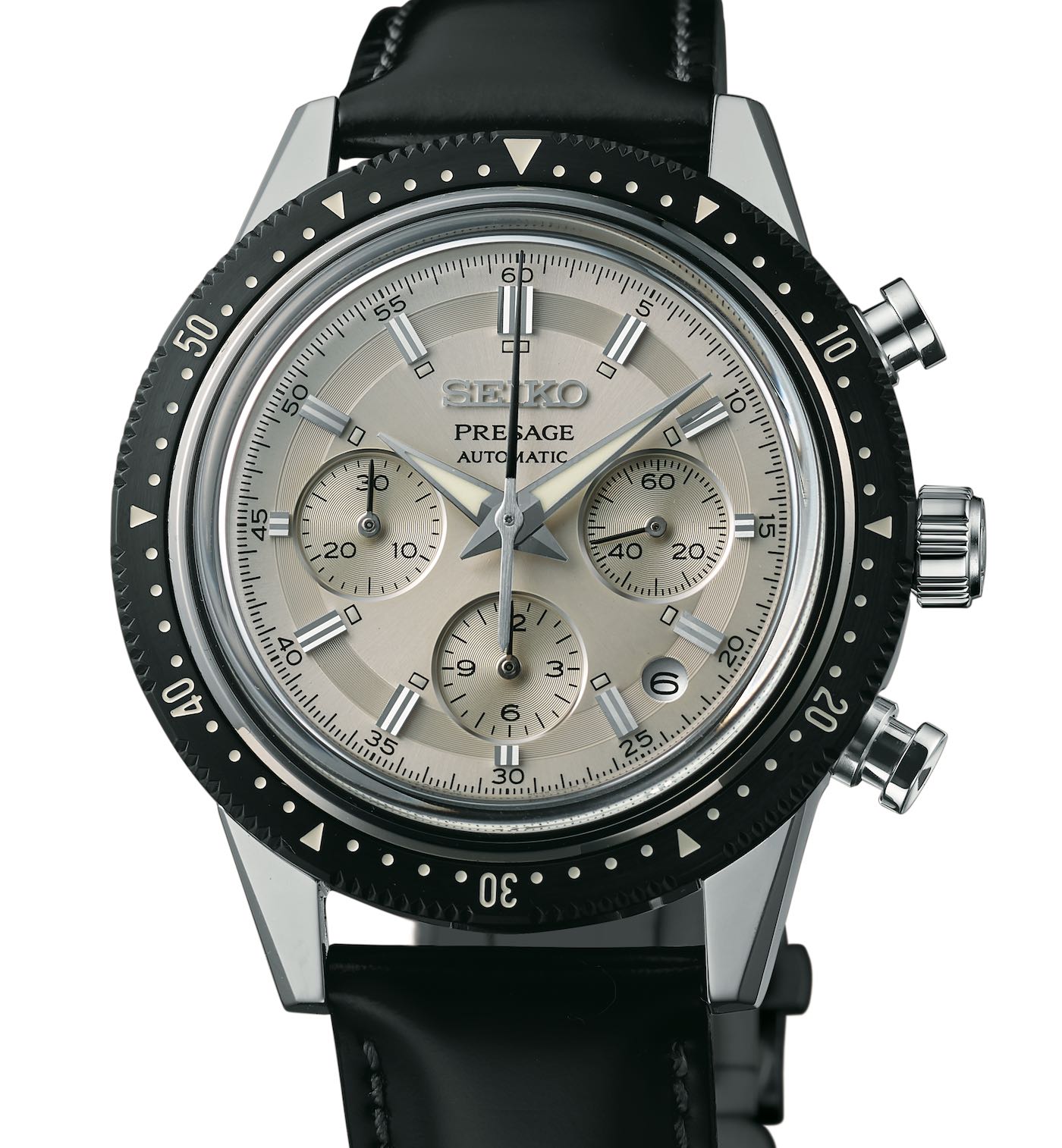 The crisp look of the original left a lot of functionality on the table, but it was, nonetheless, an extremely cool-looking model and a worthy foundation for this new project. The recently released SRQ0031 has an era-inspired anti-reflective box sapphire crystal through which a dial showing the chronograph minutes (30) at 9 o’clock, the hours (12) at 6, and the going seconds at 3 can be seen. A black-tipped chronograph seconds hand sits atop the minute and hour hands, which are lumed with color-matched egg-shell-colored luminant. The bezel retains the arrow-heavy style of the original and matches the color of the recessed numerals with that of the dial. 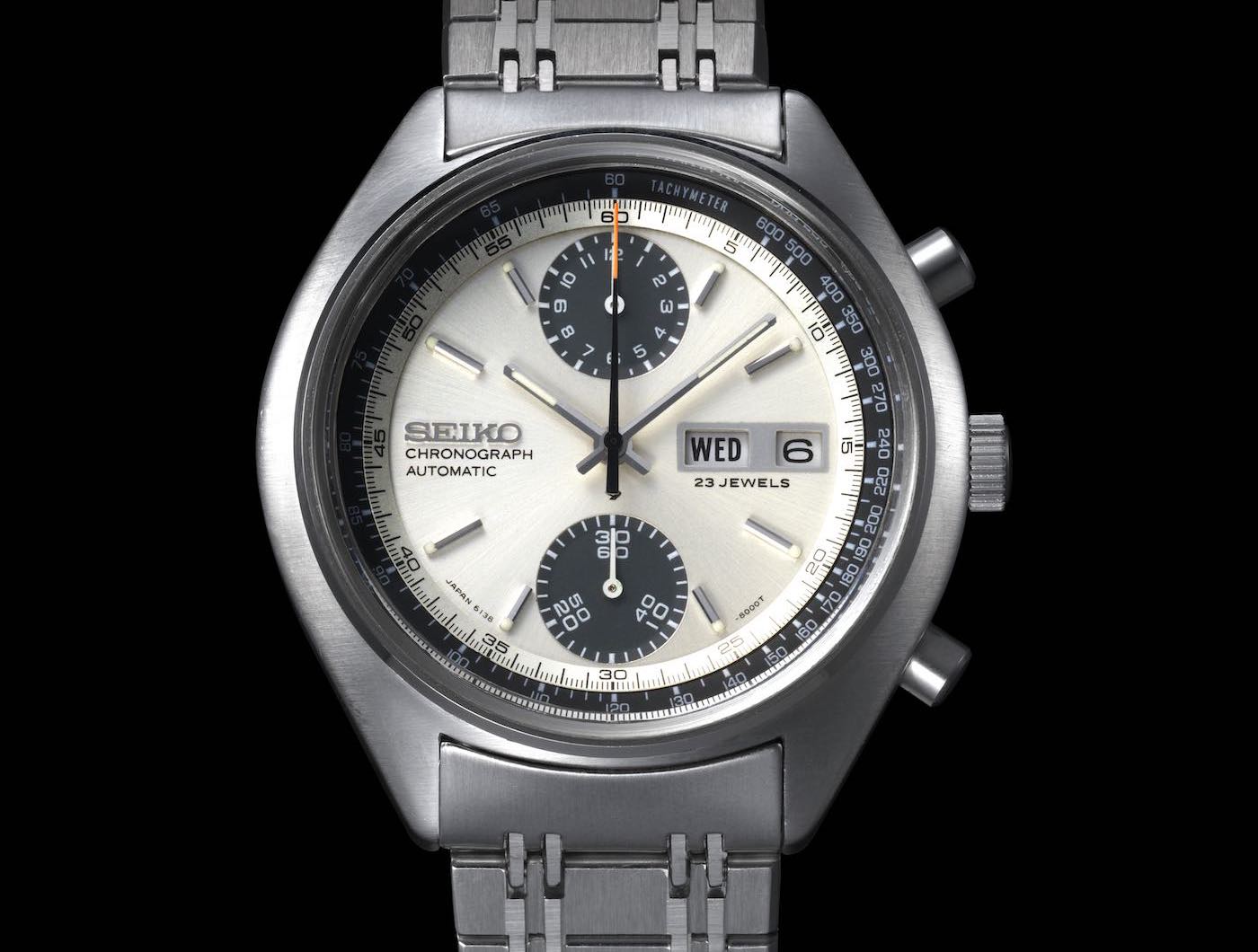 Five years later, the year of the chronograph came upon the industry. The 6139 caliber released that year went on to inspire the creation of Seiko’s most advanced purely mechanical movement in the current collection, the 8R48, released in 2014. As such, both models (the SRQ0031 and the SRQ0029) use the 8R48, which has improved accuracy, the 12-hour chronograph function mentioned, and a 45-hour power reserve.

The watch design of the Seiko Prospex 50th Anniversary Chronograph SRQ0029 is based on a popular 1970s “Panda” dial using dark sub-dials against a paler background. This watch uses the same sunray finish as its root model. Pleasingly, the very cool “double markers” on the chronograph 30-minute counter at 9 o’clock have been retained. I would personally have liked to see the entire layout of this model’s inspiration held over, but Seiko has placed modern functionality over aesthetic fidelity in this case.

The era-appropriate orange tip of the seconds hand remains, as does the internal tachymeter ring, but the day is dropped in favor of a going-seconds sub-dial at 3 o’clock. As a result of the rearranged layout, the logo moves from its charming 9 o’clock position to a centralized locale between 12 o’clock and the center point.

Both cases are treated to Seiko’s high-end Zaratsu polishing and are made from stainless steel. The case of the SRQ0031 is 42.3mm-wide and 15.3mm-thick, while the SRQ029 comes in a little stouter at 41 mm-wide and 16mm-thick. Water resistance to 100 meters is guaranteed for both references, as is magnetic resistance of up to 4,800 A/m.

Both models will be available in December 2019. The Seiko 55th Anniversary Chronograph (SRQ031) is priced at approximately €3,400, while the Seiko 50th Anniversary Chronograph (SRQ029) will retail for around €3,700. To ensure these that pieces remain collectible, Seiko has limited production of both models to 1,000 pieces each. Learn more at seiko.com.