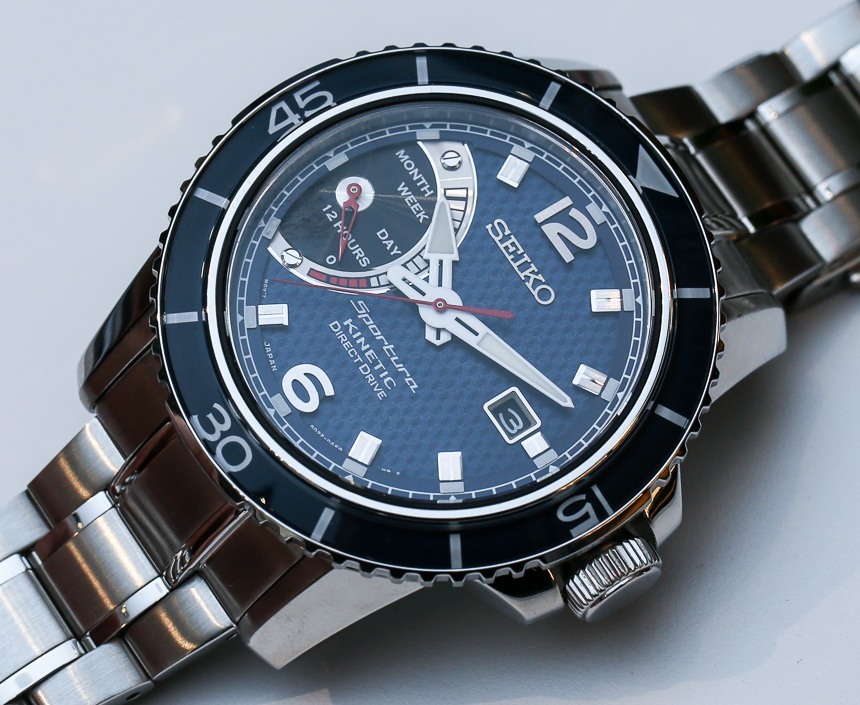 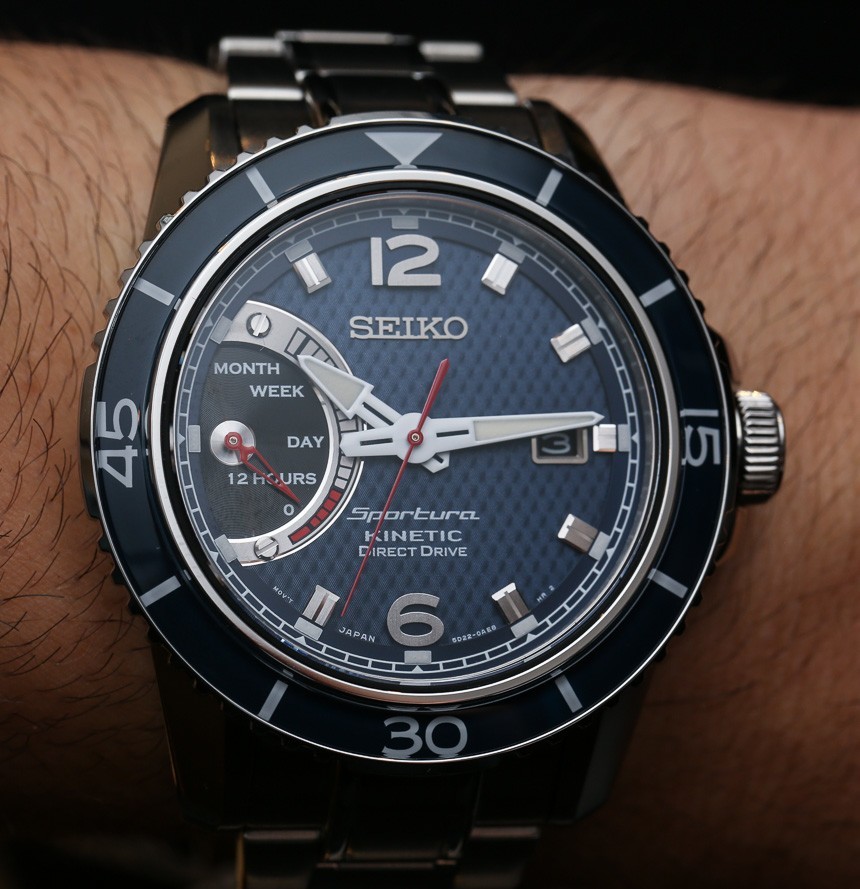 The new for 2014 Seiko Sportura Kinetic Direct Drive watch collection is an amazing new timepiece family that we almost missed, and it comes with an extremely reasonable price. What I love about many of the Japanese watch makers is that you can still find really appealing and affordable stuff that, for whatever reason, comes in totally under the radar. Beautiful in design, functionality, and finishing, Seiko didn’t even bother to share this watch with us and we had to simply stumble upon it at the new Seiko store in New York city by accident. I guess the moral of the story is that even watch writers still need to stroll into stores to discover new watches.

This specific watch is the Seiko Sportura Kinetic Direct Drive SRG017 (aka the SRG017P1) with a lovely blue dial and bezel. Seiko produces two other versions of this Seiko Sportura Kinetic Direct Drive with a black dial and bezel (the SRG019, aka SRG019P1), and one with a black IP-coated case and black dial that comes on a perforated leather strap (the SRG021, or SRG021P1). The polished steel black-dialed SRG019 is perhaps going to be the most popular (because black does with everything), but I want people to strongly consider the Sportura SRG017 in blue. Not only are the hands very high-contrast, which makes for great legibility, but it does such a good job of being both rich and attractive. One of the major issues with many blue-dialed watches is that, while I really want to like them, often times I find myself opting for black dials instead. 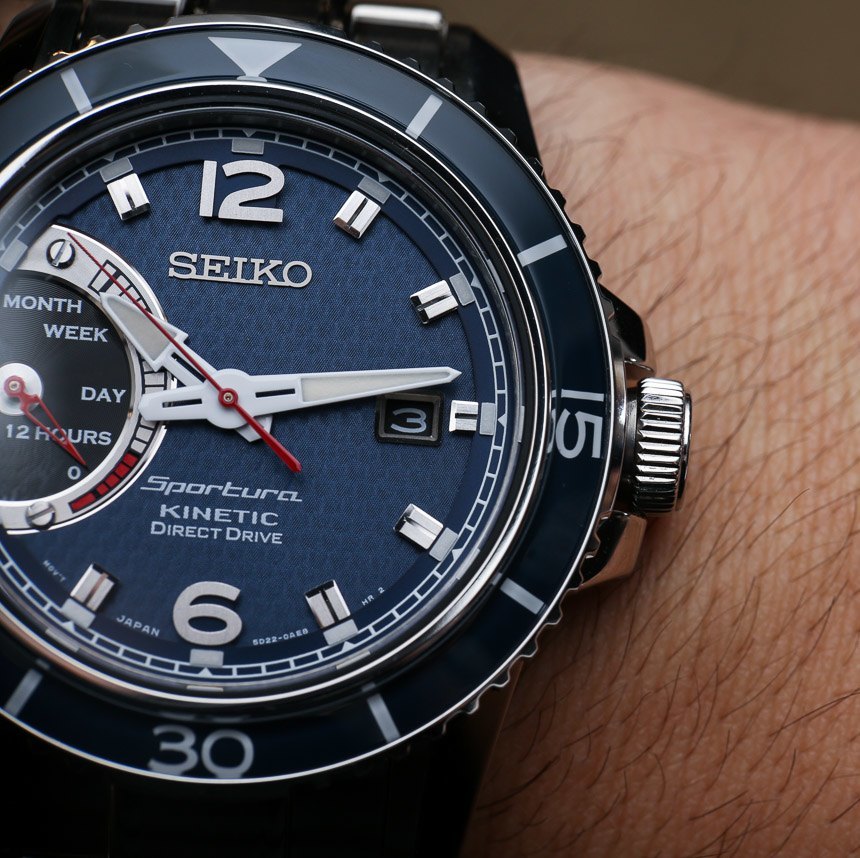 I’ve always been a fan of the Seiko Sportura collection of higher-end albeit entry-level watches. These are sort of the top of what many department stores will carry, and feature various types of Seiko quartz movements. In addition to their comparatively restrained yet modern and sport designs, I’ve always liked the great attention to detail Seiko has given them. There was actually an earlier Seiko Sportura with a Kinetic Direct Drive movement, but it wasn’t as nice as this model… and I just realized that a lot of people reading this might have no idea what Seiko Kinetic Direct Drive is.

Back in 2008, I wrote an article explaining just that, where I discussed what Seiko Kinetic Direct Drive movements are. I will however briefly explain this rather exotic quartz movement again. First you need to know that Seiko Kinetic movements have an automatic rotor in them similar to automatic mechanical movements. Rather than wind a mainspring, the rotor in a Kinetic watch charges a battery. Thus, Seiko Kinetic watches are quartz watches with batteries that charge as you wear them – fine. Kinetic Direct Drive in a sense adds hand-winding to a Kinetic movement. This means that by winding the crown you can charge the battery. More so, you can actually see how much power you are charging in real time via the indicator hand – which also doubles as a power reserve indicator for the battery life. It is difficult to explain what this looks like, but these are really fun to play with. The downside to Kinetic Direct Drive watches is that unlike some Kinetic watches that have batteries which can last many months, the battery in the Kinetic Direct Drive only lasts about a month. Then again, that is pretty long given that it charges while you wear it, and you’ll likely be hand-charging it all the time. 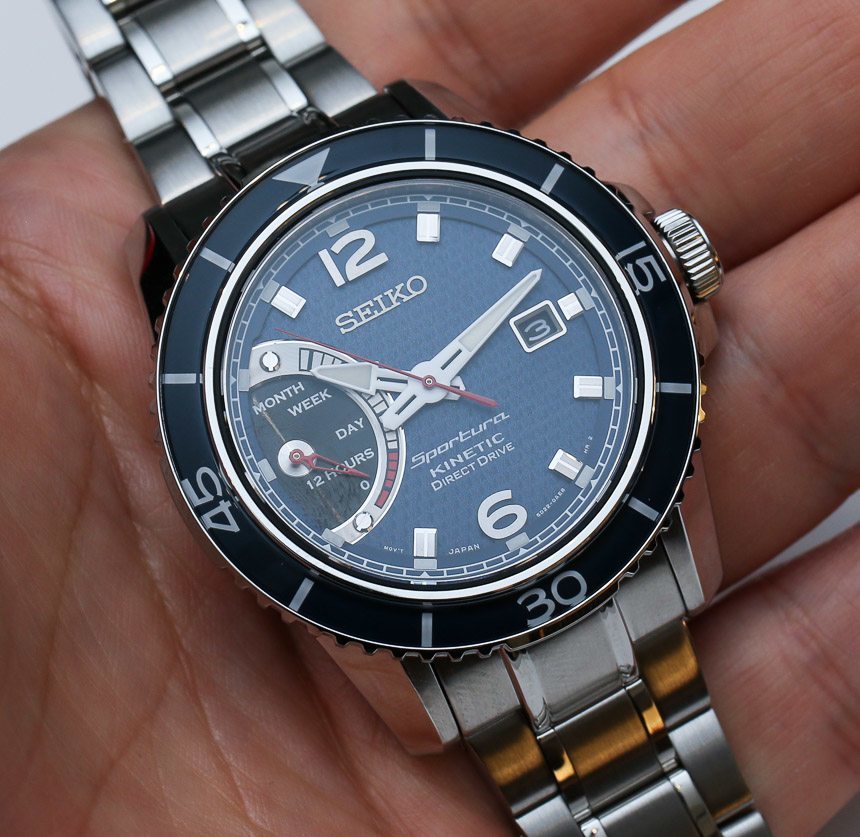 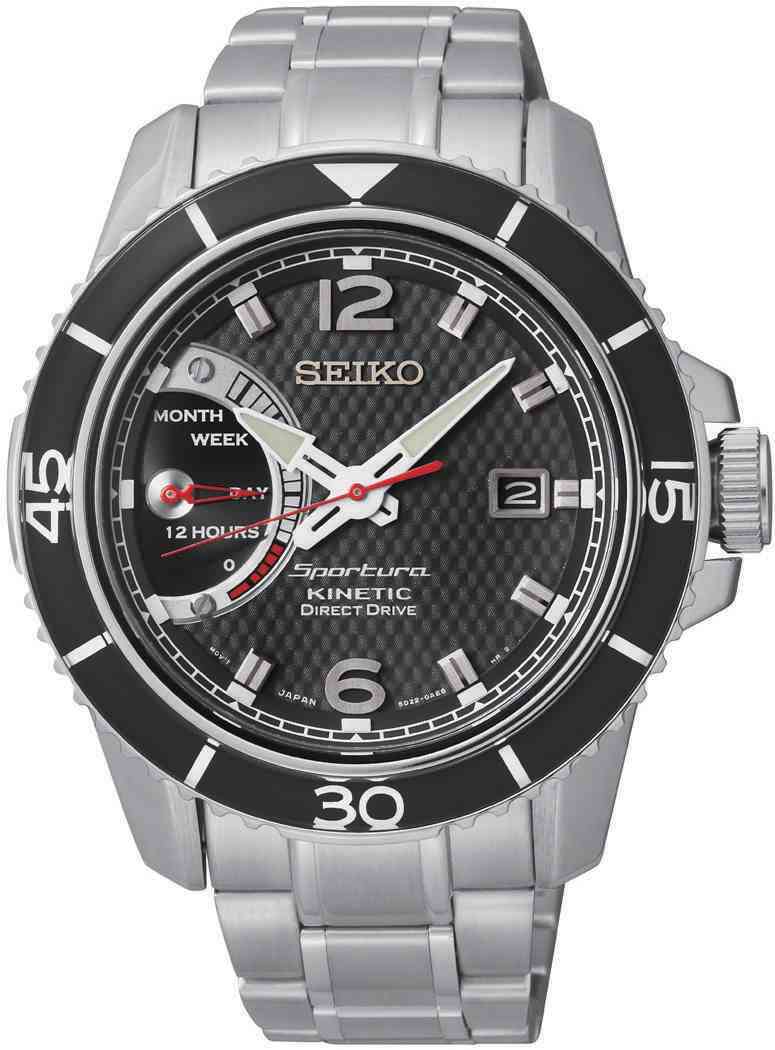 Of course, some people are simply going to hate the large indicator arc on the side of the watch. I mean it does detract from the sheer elegance of the design, but there are plenty of other more simple Seiko or other watches that don’t have that feature. Having a Seiko Kinetic Direct Drive movement is about the love of interacting with your watch – similar to the pleasure many people have with their mechanical watches. Only in a Seiko Kinetic Direct Drive, you have all the accuracy and reliability of a quartz movement. The specific movement inside of the Seiko Sportura Kinetic Direct Drive is the caliber 5D22. The next move up from a Kinetic Direct Drive movement would be one of the thermo-compensated Seiko quartz movements (found in some of their high-end divers and Grand Seiko models), and then Spring Drive. Of course this is in the scope of quartz crystal regulated movements.

The watch dial has applied hour markers and hands which are both painted in a lot of lume (Seiko’s own LumiBrite material). I like that despite the different materials, the hands and hour markers are white against the blue face – which just looks very nice. Around the dial is a Blancpain Fifty Fathoms-style rotating diver’s bezel, and the steel case is 44.5mm wide, but wears smaller given its really thin profile. For the money the case finishing is wonderful, and combines polished and brushed surfaces. It was so nice, that the lack of Seiko logo or signature on the crown was a glaring omission – but not a deal breaker.