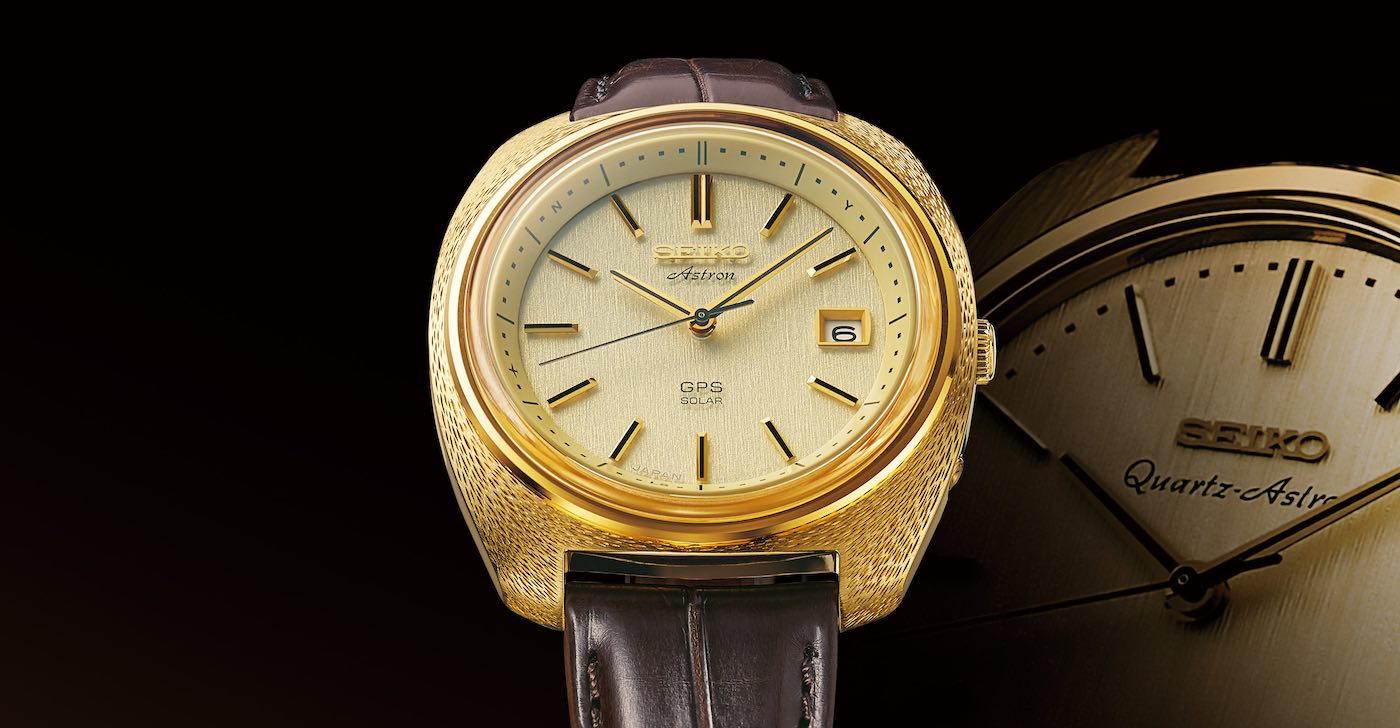 As 2019 wears on, the importance of the year 1969 to watchmaking seems to grow. With anniversary release after anniversary release, celebrations of celebrated models and an endless stream of homages capturing the best of then and now, brands are enjoying themselves. One significant release that occurred half a century ago came on Christmas Day, 1969. This was no ordinary release. December 25th marked the debut of the world’s first quartz wristwatch. The brand responsible? None other than Seiko. The model? The instantly classic Astron. And now, 50 years later, the Japanese brand that changed the face of watchmaking forever honors that seminal moment with the release of the 1969 Quartz Astron 50th Anniversary Limited-Edition watch in 18-karat gold. 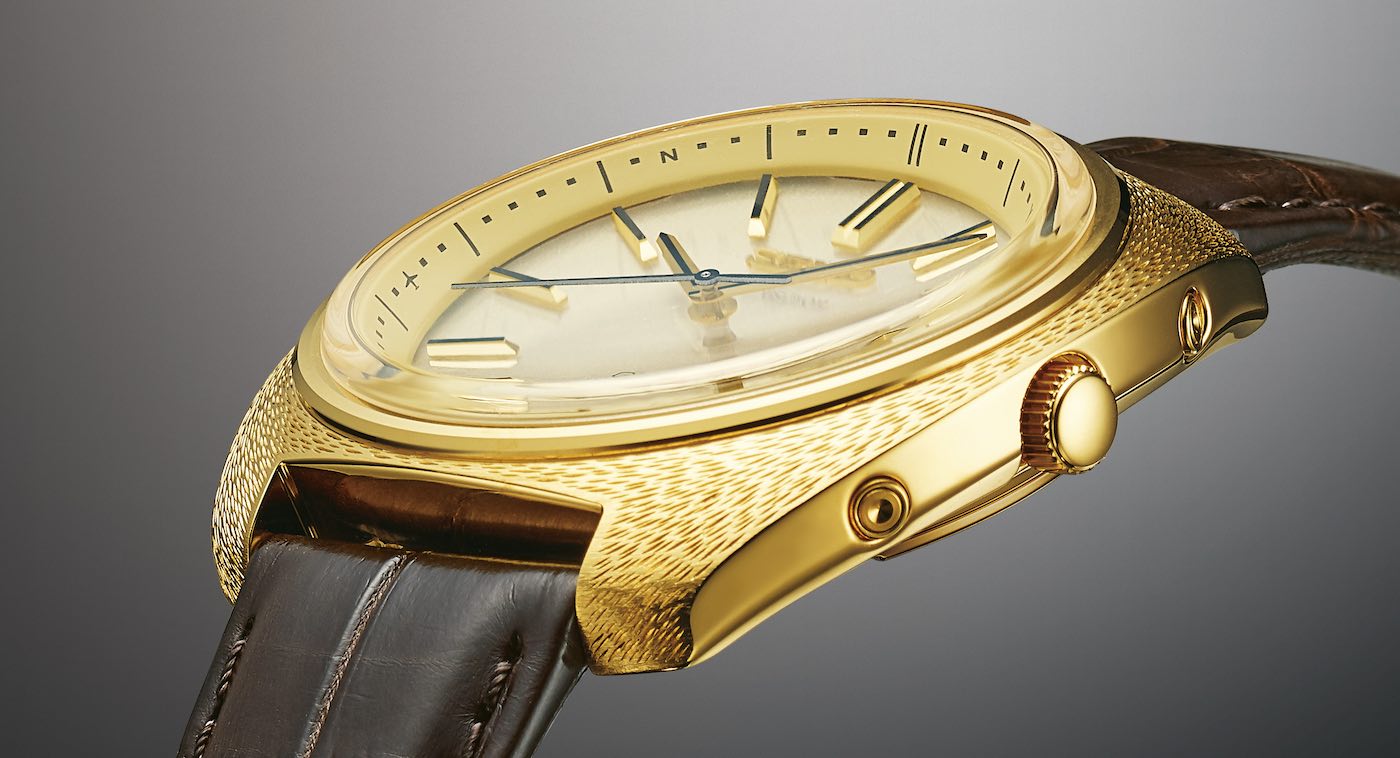 The original Astron was something quite special. It kicked off the quartz crisis that nearly buried mechanical watchmaking. Even though mechanical watchmaking survived (by the skin of its teeth), it left an indelible mark on the industry. Mechanical watches were no longer the only option; in fact, they were functionally obsolete, anachronistic. And so, their reputation had to be reinvented. If not for the Astron, who knows how different our industry would look today? 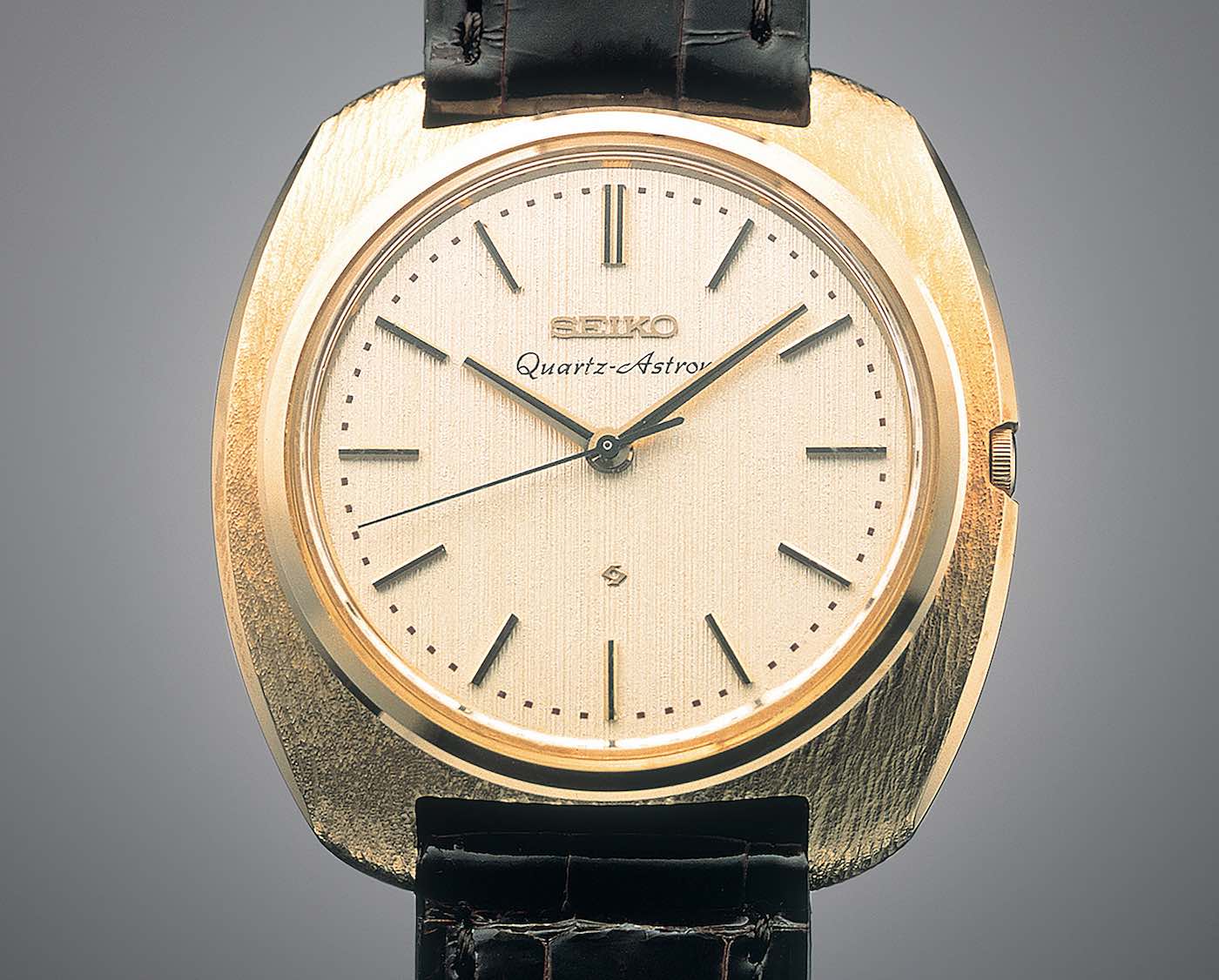 It set a standard of timekeeping with an accuracy rate of ±5 seconds per month. Nowadays, we take this kind of quartz performance for granted but, at the time, it was reliant on several new technologies that were all groundbreaking. Because of the Astron’s effect on not just watchmaking but also the way the world kept time, it became a kind of cultural icon — a technological touchstone that is, quite unusually for a wristwatch, well-known across many fields. It’s only right that Seiko should have chosen to perpetuate the Astron’s legacy with the 2012 release of the updated Astron, the world’s first GPS Solar watch. 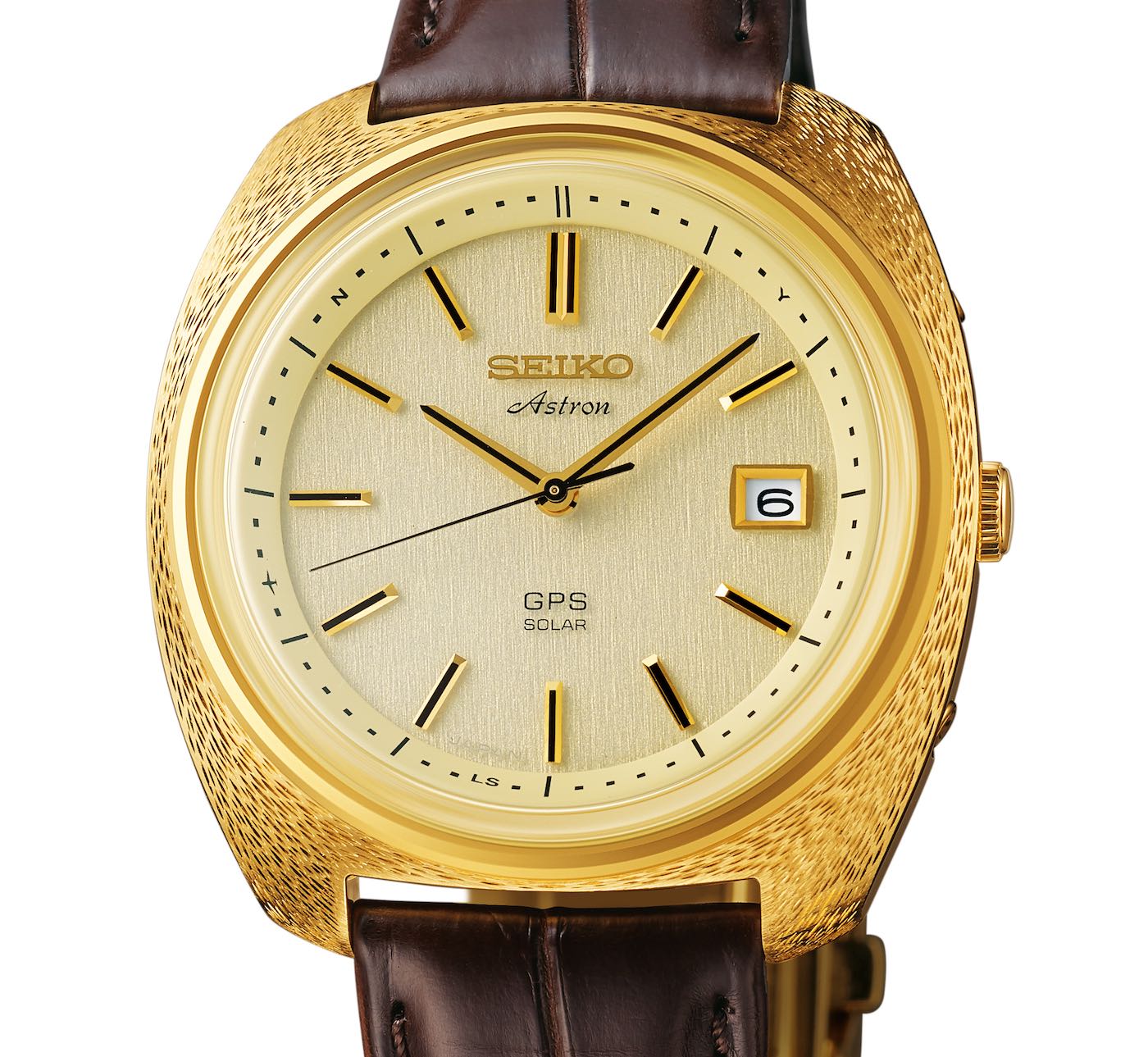 The GPS technology released in this modern Astron enables the watch to automatically connect to the satellite network and adjust to any timezone at the touch of a button, while simultaneously charging through exposure to light. 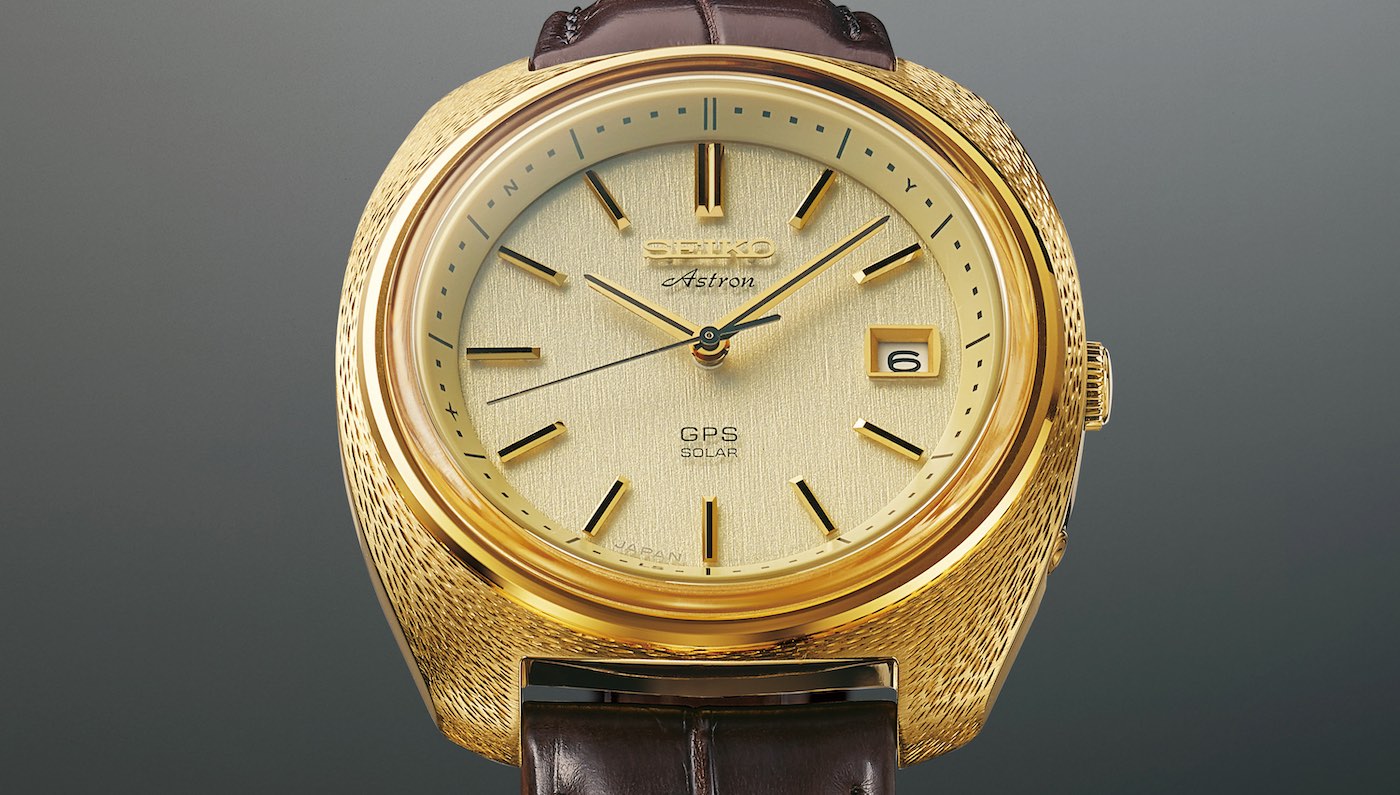 This latest entry in the annals of the Astron takes the fusion of art and technology to new levels for the brand. Incredibly skilled artisans have decorated the dial with a vertical hairline pattern and the case with an unusual texture that embellishes this slender case (12.8mm-thick, which is possible thanks to the new slimline GPS Solar Caliber 3X22), giving it a real character that is distinct from other models in the collection. 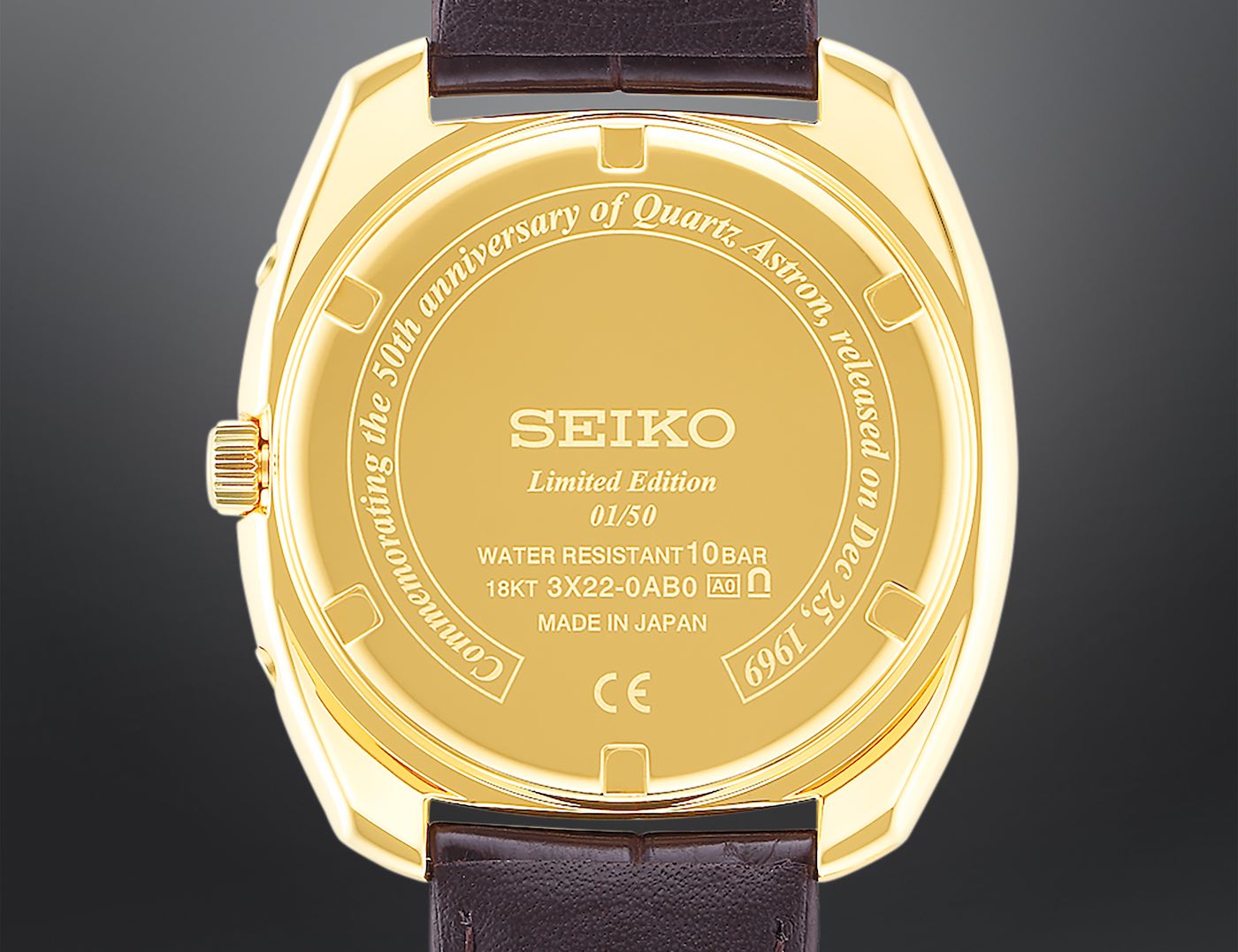 Technology has moved on a lot since 1969. Fifty years ago, ±5 seconds per month seemed preposterously accurate. The new 1969 Quartz Astron 50th Anniversary Limited-Edition watch automatically connects with the GPS network up to twice a day, updating its time readout on the fly. This means an accuracy rating of one second every 100,000 years can be achieved as long as a GPS connection can be established. Without that, one should expect the precision of ±15 seconds per month. In addition, a perpetual calendar will keep the watch showing the correct date until it needs to be adjusted (by one day) in 2100. 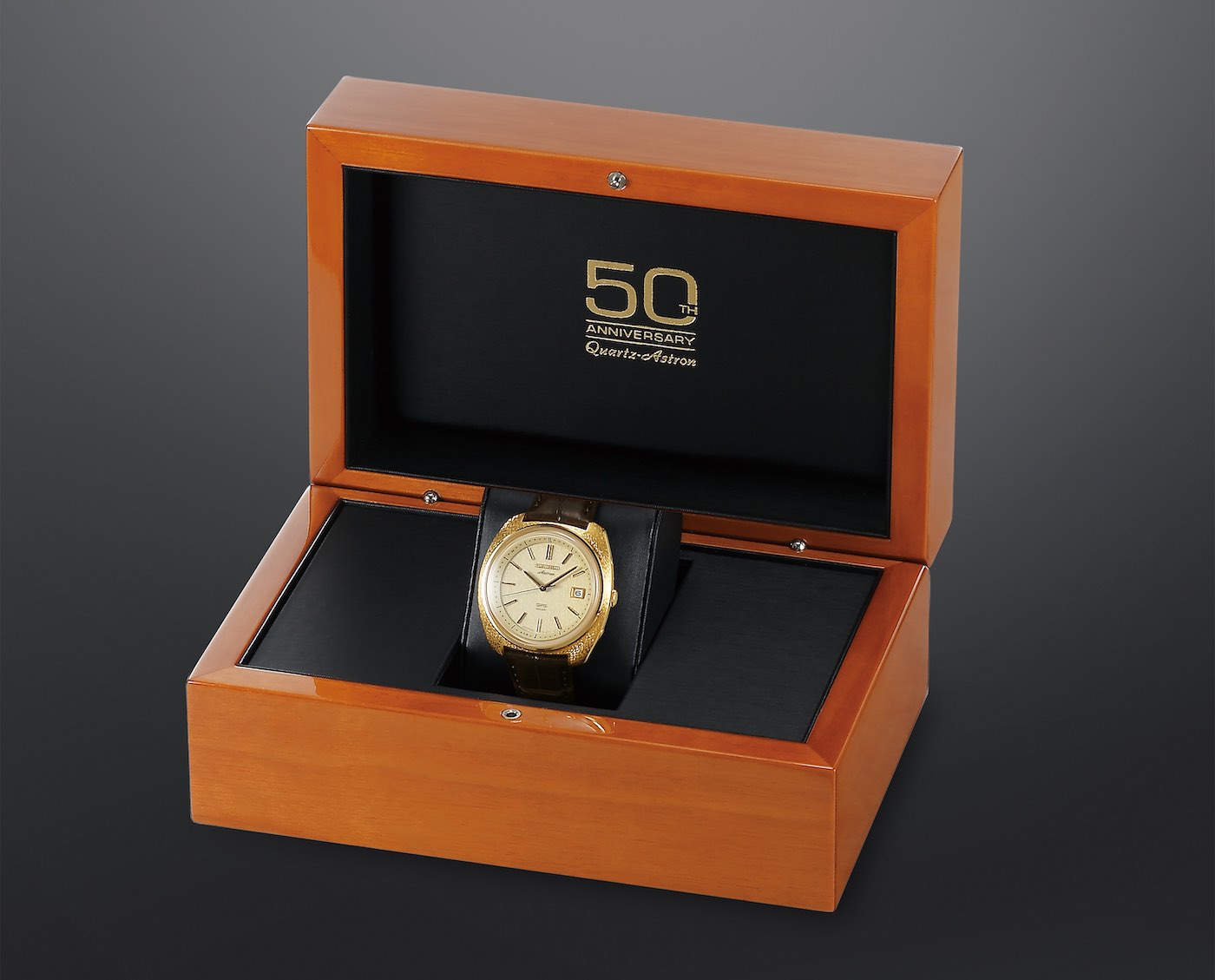 Seiko has paid particular attention to making this watch’s functions intuitive and usable. Simple to adjust and boasting a high-speed time-zone adjustment, the 1969 Quartz Astron 50th Anniversary Limited Edition is water-resistant to 100 meters and resistant to magnetic fields of up to 4,800 A/m. The watch will be released in December and limited to just 50 pieces worldwide. The expected retail price is $36,000. Learn more at seikowatches.com.