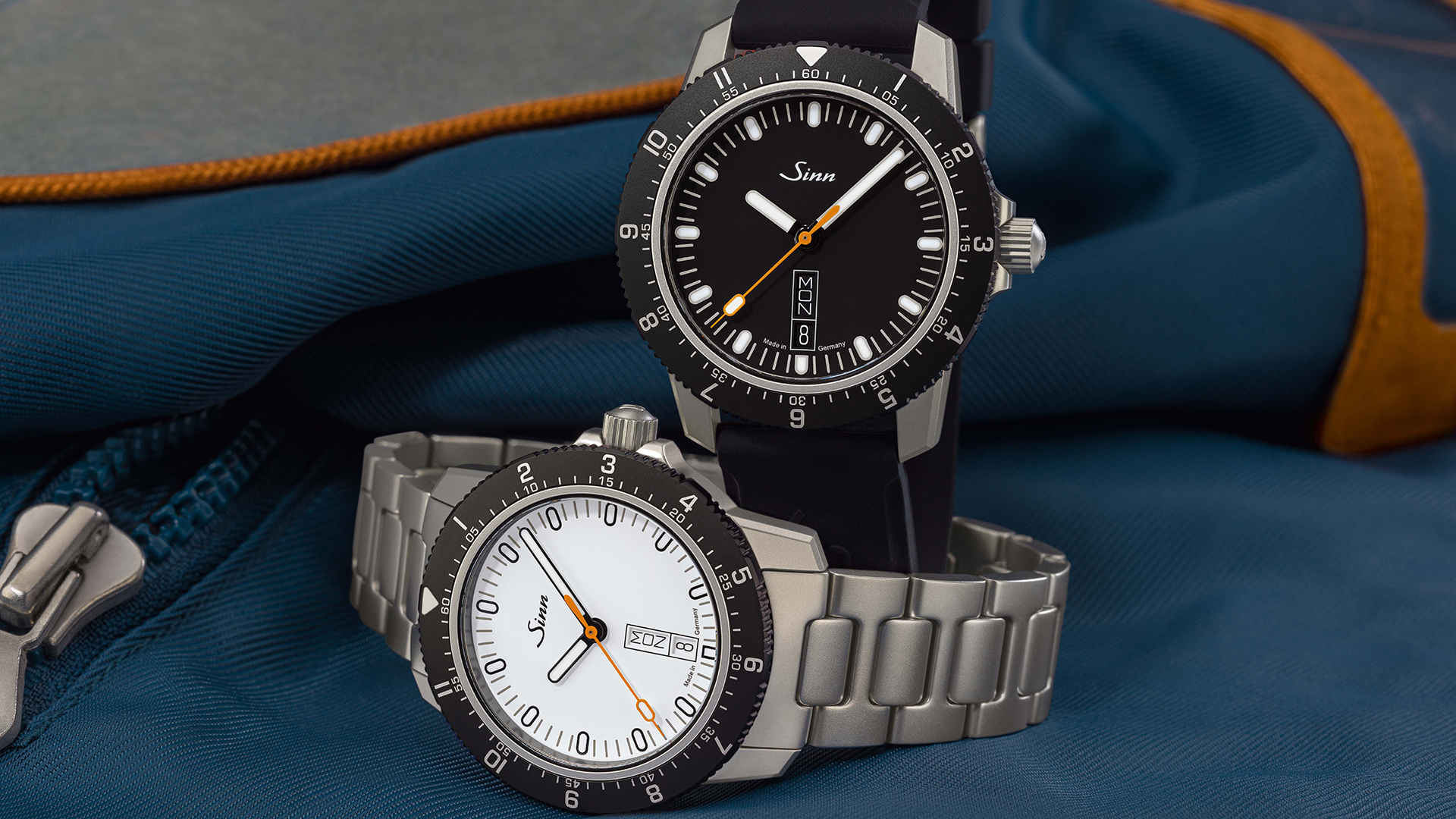 German tool watch specialist Sinn has had an eventful year of releases so far in 2020, releasing novelties ranging from ‘70s inspired bullhead chronographs to limited edition divers celebrating German reunification. For its latest release, Sinn expands its general sports watch range with a series of three hand and GMT models that add a rounded, modern look to classic brand architecture. The new Sinn 105 St Sa and Sinn 105 St Sa UTC combine a clean new aesthetic with the brand’s signature functionality and durability, resulting in a warmer and friendlier take on the traditional sports watch.

The 41mm bead blasted stainless steel case design of both the Sinn 105 St Sa and the Sinn 105 St Sa UTC should feel familiar to fans of the brand. The architecture is nearly identical to the Sinn 104 series, with both lines sharing the same sharply angled lugs, small crown guards, and distinctive partially coin edged bidirectional bezel. What sets the 105 series apart from its cousin is the use of black hard coating for the bezel itself, along with new bezel insert combining both hours and minutes scales. For the 105 St Sa UTC, these scales are replaced with a 24 hour insert to better synergize with the GMT complication. In keeping with Sinn’s focus on durability, all bezels in the Sinn 105 series are treated with the brand’s proprietary Tegimented case hardening treatment. In addition, the full line offers a robust 200 meters of water resistance while including sapphire display casebacks. 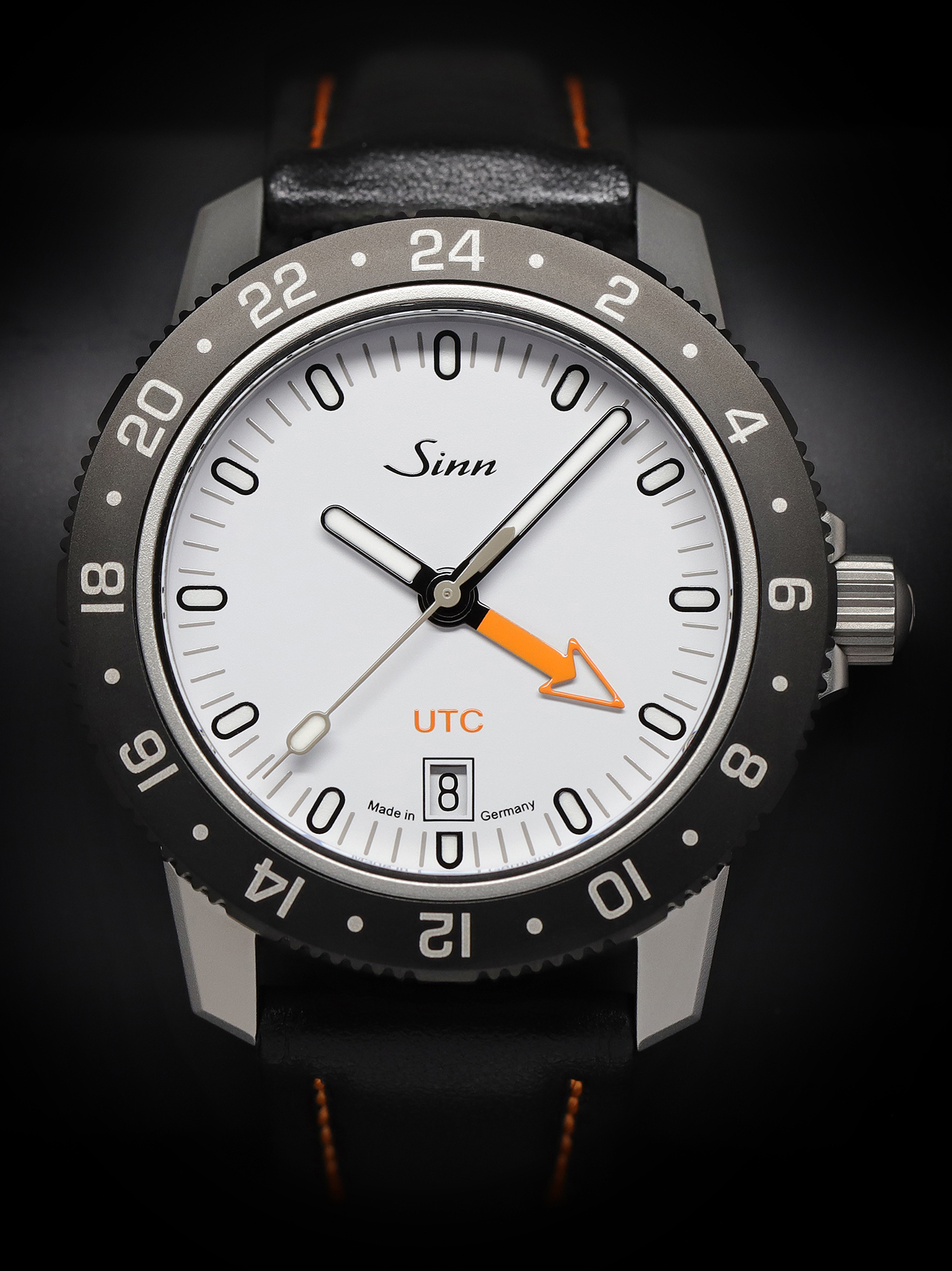 While the case designs of the Sinn 105 series are largely shared with their Sinn 104 stablemates, the dials take a decidedly more rounded, elemental approach. Both three hand and GMT variants are available with both a matte black or matte white base dial, but outside of the color shift both options remain identical. The main handset is a soft, minimal set of lumed batons, paired with a matching set of small lozenge shaped printed indices. Like many of Sinn’s dial designs, the real quality of the 105 series lies in the details, such as the sparse overall dial text and the lack of split seconds markings in the printed minutes track. These pared back elements help the dials of both the three hand and GMT models to feel airy and handsomely clean in initial images. As a complement to the sense of visual minimalism, Sinn injects each dial variant with a pop of vibrant orange. In the case of the 105 St Sa, this takes the form of a vibrant central seconds hand, while the 105 St Sa UTC adds even more color by adding the traffic cone orange tone to both the 6 o’clock dial text and the skeletonized arrow GMT hand. Sinn gives the 105 line an added pop of character by moving the date to 6 o’clock. This is especially prevalent in the three hand 105 St Sa models, where the combined day/date windows provide a strong vertical element on the lower half of the dial. 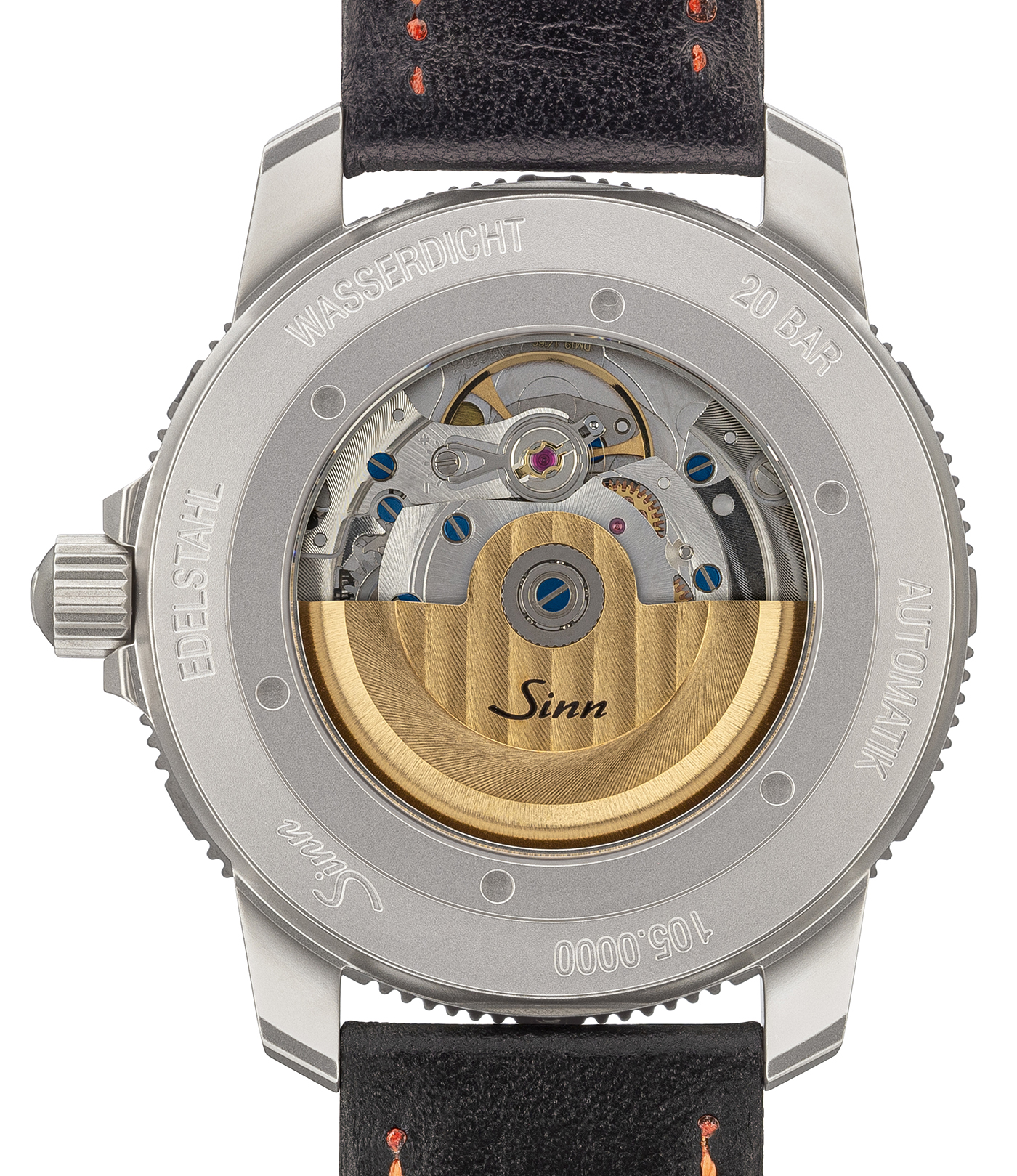 Sinn powers the 105 St Sa with the Sellita SW 220-1 automatic movement. Smartly decorated with prominent radial brushing across the bridges, blued screws throughout, and a striped gold rotor, the SW 220-1 is a regular across several Sinn product lines. Performance, however, is slightly underwhelming, with a 38 hour power reserve at a 28,800 bph beat rate. 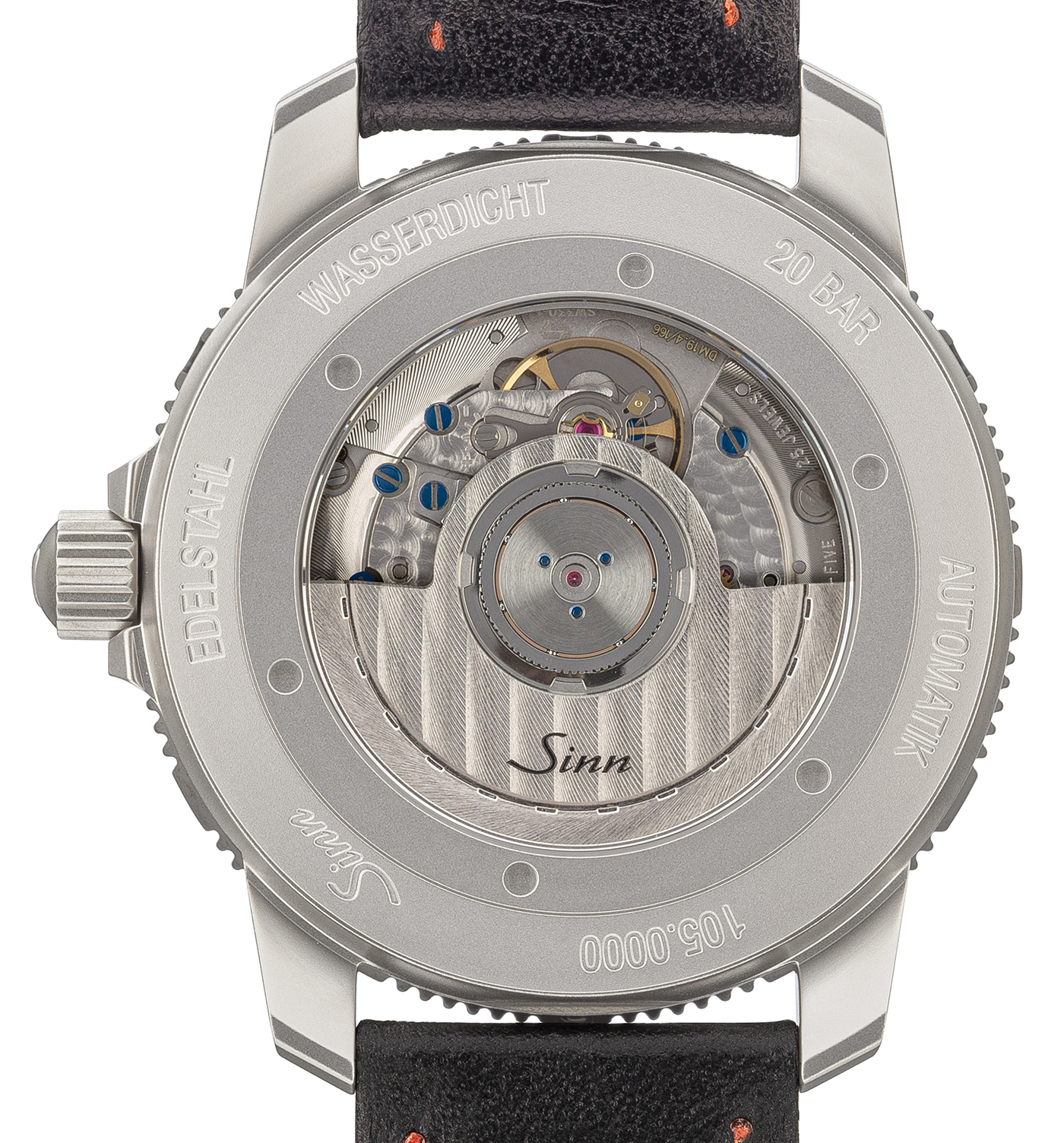 For the 105 St Sa UTC, Sinn instead opts for the Sellita SW 330-1 automatic GMT movement. This movement has become a staple of GMT timepieces across much of the industry, and offers a decent 42 hour power reserve at a 28,800 bph beat rate. Sinn offers the 105 series with three distinctive strap options. The first is its tough rounded take on the H-link stainless steel bracelet, but a signed black rubber strap and a black leather strap with bright orange contrast stitching are also available. 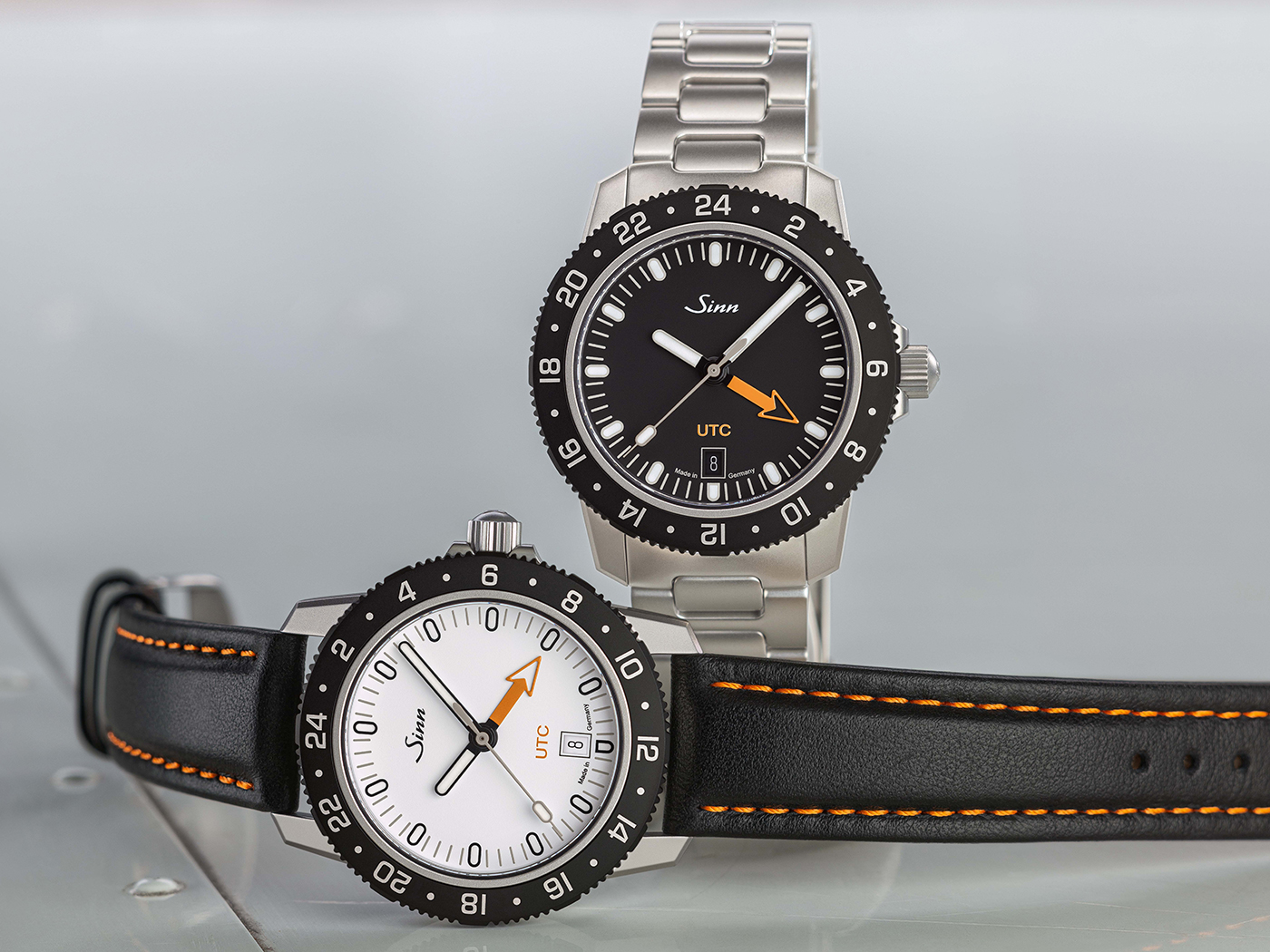