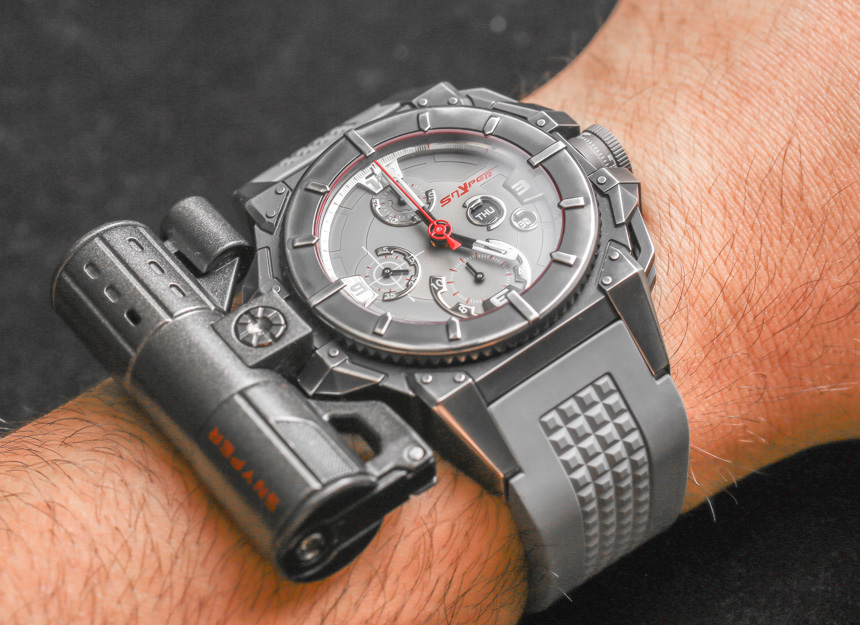 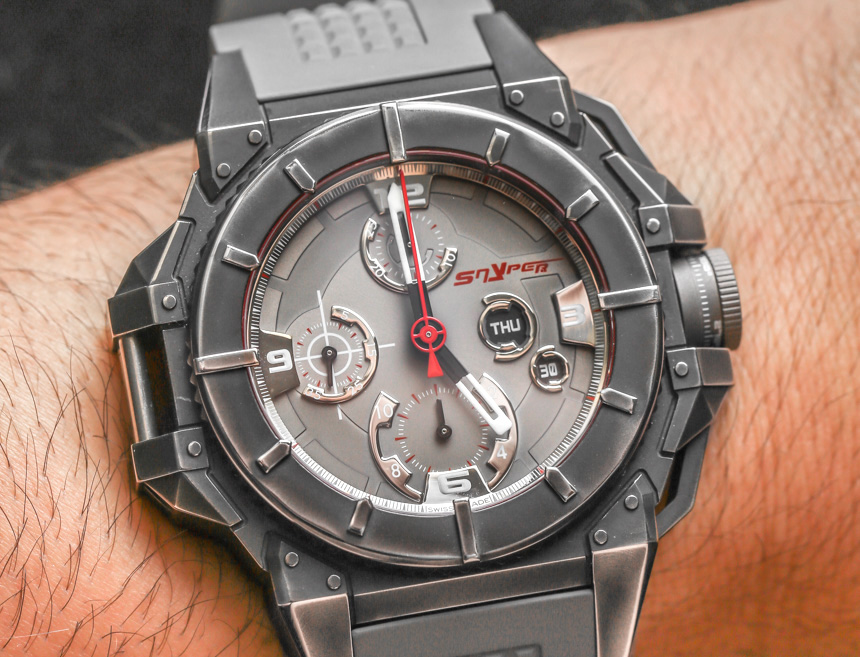 If you are in the market for a high-end sports watch, you certainly have no shortage of options in terms of both design and price point. Easily the most exciting area of wrist watch design “innovation” is in the realm of sport watches, where materials, aesthetic designs, functionality, and inspirations are routinely played with and added to. If you are into bold, macho timepieces, then prepare yourself (if you haven’t already) for an often odd and always interesting world of the good, the bad, the weird, and the wonderful. Today, I’d like to look at two versions of the Snyper One – the original model which now comes in a slew of variants from this Swiss watch company first debuted in around 2010. 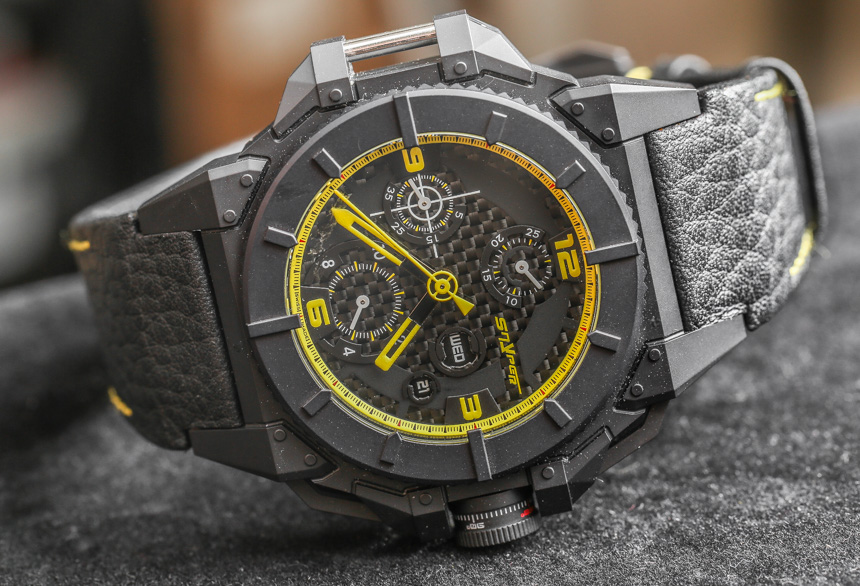 The Snyper One watch was originally designed by Jean-Francois Ruchonnet – a talented watch designer and all-around controversial figure in the watch industry. He is responsible for other popular watch designs such as the TAG Heuer Monaco V4. As far as I know, Mr. Ruchonnet is no longer active in the watch industry, or at least in watch design. He actually was a co-founder of the Snyper brand – which is currently under new ownership, as it has been for the last few years.

Snyper’s current owners have continued to develop the brand and have stayed surprisingly true to the original concept which was about creating ultra modern sport watches inspired by military equipment – namely sniper rifles. One of the key gimmicks of Snyper watches was the design of a hard point on the side of the case which was meant serve as a connection point for the attachment of various modules. While different in execution, I am going to place this concept in the same basket as the clip-on Instrument collection that attach to Linde Werdelin watches.

So I will more or less begin by talking about the two modules I got to play with on these Snyper One watches. Detachable and meant to go with the look and feel of the watches, the modules I had were a lighter/cigar cutter, and also an LED flashlight/laser pointer. Oddly sticking off the side of the watch like an attached weapon, these toys are meant to enhance the military fantasy inherent in the design of the watch. I don’t think anyone is claiming that these modules are particularly useful (even if they do work as intended), which places them in the category of “toy.” Is that a bad thing? No. But the person buying a watch like this must not only know these are toys, but also be the type of person who celebrates the idea of playing with toys (as an adult). 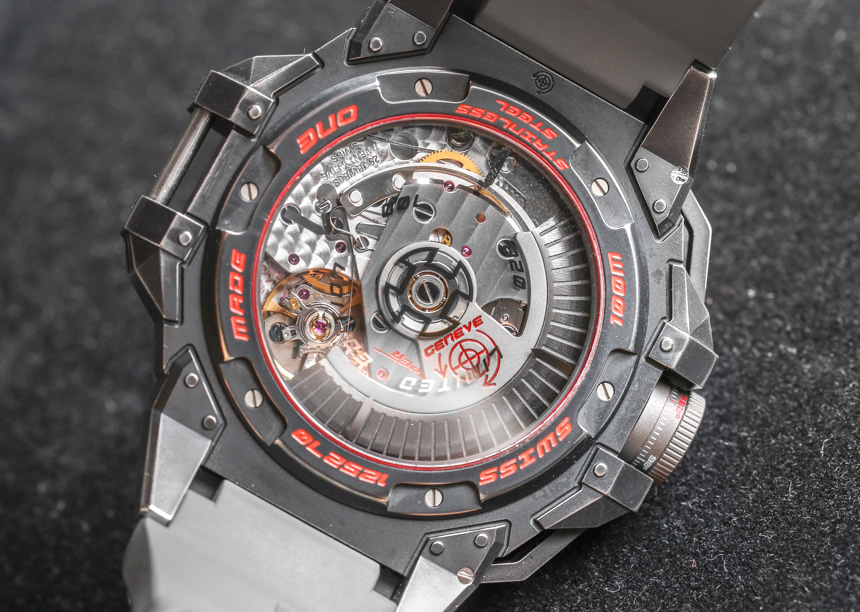 If you are an over-funded adolescent who like to play war games, then this is going to be a perfect timepiece to wear with your camouflage pants while playing Call of Duty. Again, nothing wrong with that – but it isn’t for everyone. Thus, we have niche, sniper rifle-inspired luxury timepieces like this.

As someone who has never grown out of loving toys, I am amenable to the notion of a timepiece such as this. With that said, I wear watches like the Snyper One being fully cognizant that it is not a watch for all occasions. First, you need to pull off wearing a watch like this; and second, you need places to wear a watch like this to. Whether you can meet each of those requirements is going to be a personal question that only you can answer. 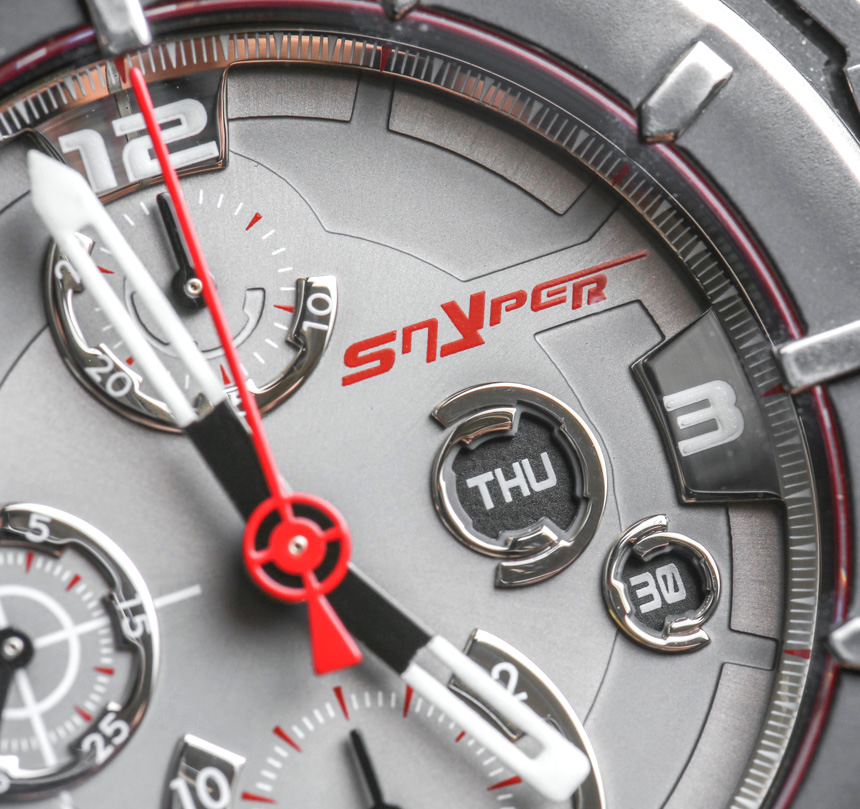 With that said, between the many variations of the Snyper One watch, there are those which are a bit more mainstream than others. Perhaps I am overstating the niche factor of the Snyper One timepiece, considering watches out there like the Hublot Big Bang UNICO and Audemars Piguet Royal Oak Offshore are not that different in theme. Things do change, however, with the module attached to the Snyper One – which, as I am sure you can imagine, is my enduring memory of wearing these very special watches.