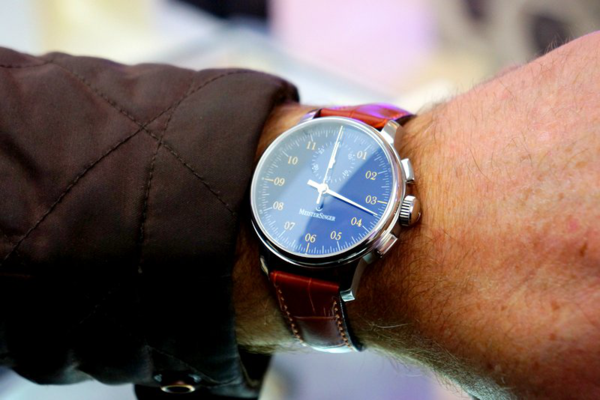 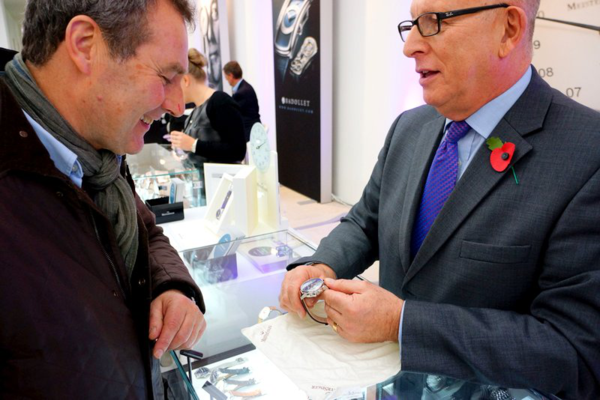 Meistersinger is a unique brand borne of a simple philosophy, to make mostly single-hand watches.

It is my experience that not many people have heard of the brand (which of course doesn’t count many dedicated watch lovers), and in some small way, this is something I hope to change. There is something selfish in this wish, and that is to see the company claim its unique identity in the larger consciousness of the watch buying public.

If you have not heard of it, then allow me to introduce you to arguably one of the coolest concepts I have come across. Some people look at the dial, and wonder how the hell to tell the time with just one hand. Slowly, as the concept is explained, a light goes in their heads, and there is almost always a collective smile that starts to form on their face. That is the power of this simple concept, and I have personally seen it happen again and again.

Sure, there have been cool watches over the years, but for most, the coolness comes from more complications or perhaps alternative methods to tell the time. Meistersinger, in my opinion, stands alone in being able to take the watch dial we know through years of conditioning, simplify it, maintain legibility, and still create such a thing of beauty.

Basically, in order to tell the time, one looks at where the single hand is, and reads both the hour and the minute it is pointing at. This actually is easier than it sounds, as most people are conditioned to look to a minute hand to tell the minute time. Of course one of the things you will realise is that the smallest mark on the dial is only precise to five minutes. On some dials, the precision is even lower and that is to ten minutes. This isn’t the case on all Meistersinger watch dials, but for the most part, you to sacrifice reading precision. 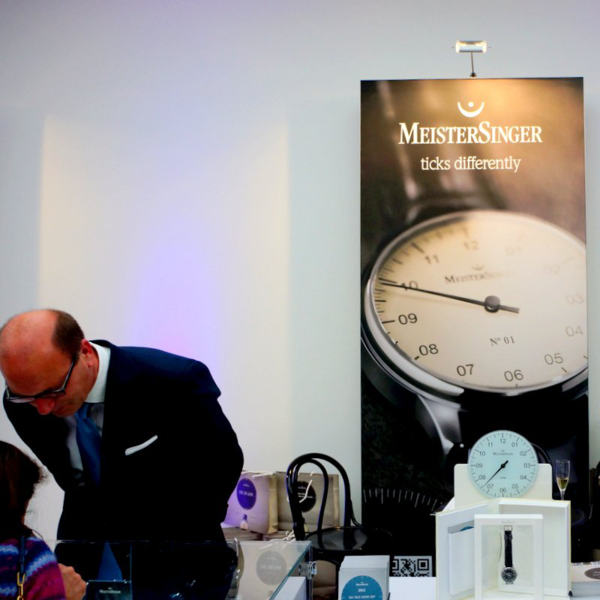 Meistersinger tells you in their brochure that this is not a problem (glad they thought of it). Most people when asked for the time, never say 1.07 or 1.09. Instead, they round off the time to the closest five or ten minutes. In fact, in most aspects of our lives, the kind of precision in timekeeping to the minute is not really of much concern. Therefore, by removing the parts of the display that we really do not need, we simplify our perception of time.

In daily life then, with a Meistersinger on your wrist, you do not perceive the nervous movement of the second hand across the dial when you glance at your watch. Instead, whatever movement you see on the watch dial is barely perceptible. That in itself, is surely a heart-rate lowering idea. The concept calms times, which if you experience it, is a valuable sense of tranquility.

I was fortunate therefore to come across the Meistersinger stand at the Salon QP 2012 recently, having known about the brand for a few years already. In the video, I speak to Paul Kustow of Meistersinger UK, who explained to me the concept behind the brand, as well as showing me some of the latest pieces. 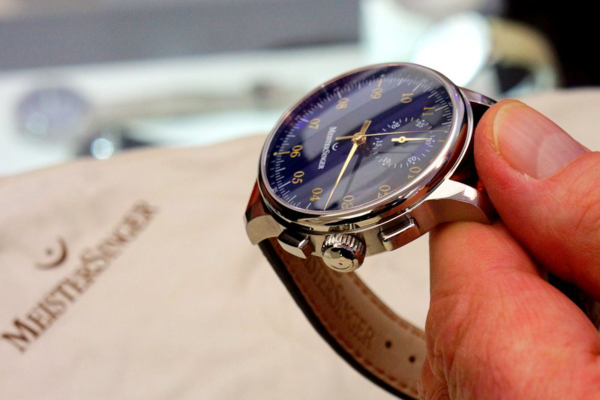 What was interesting for me was seeing how, instead of staying a one trick pony with only one idea to sustain themselves, they have evolved further concepts of the one hand watch to include additional complications. The “Singular” for example, is a very interesting chronograph, and the “Singulator”, a regulator style watch. These pieces return the same basic ethos of the design – simplicity and symmetry.

Meistersinger, though very young at 12 years old, comes across as a very mature brand with a fully evolved identity right from the get go. That in itself is surely an achievement which is to be respected. The design identity, classically styled dress watches with a single hand as well as the concept have drawn much praise from watch lovers everywhere and managed to capture the hearts of people who come into contact with it.

As an experiment I brought some of my friends to the Meistersinger stand, and allowed Paul and his friendly staff to show the watch and explain the concept to them. Over and over again, the same pattern emerged, puzzlement, wonder, then joy. That is a winning pattern. 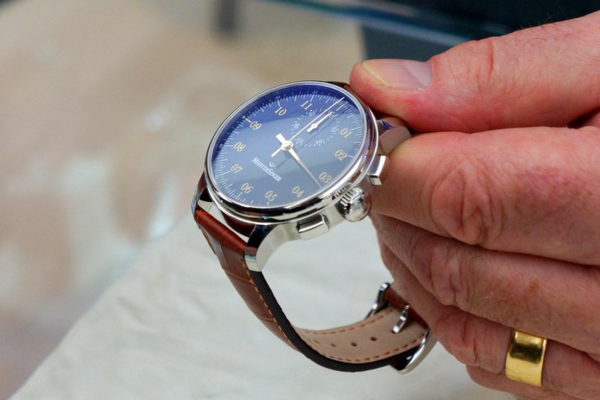 To top this off, I haven’t even revealed what the best part of Meistersinger is: the prices.

Starting at £700 and going up to about £3000 depending on the complication and the model, the prices are downright fabulous in terms of value for money.

I will be spending some wrist time with a couple of Meistersinger watches soon, and will be doing full-on reviews, so look out for them.