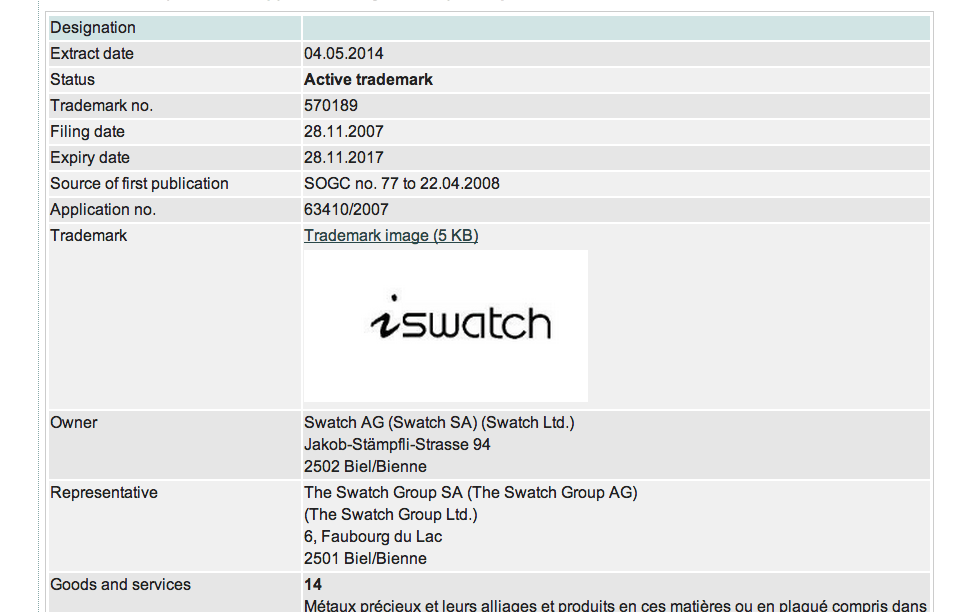 Is The Swatch Group Interested In Fighting Apple Over The iWatch Trademark? 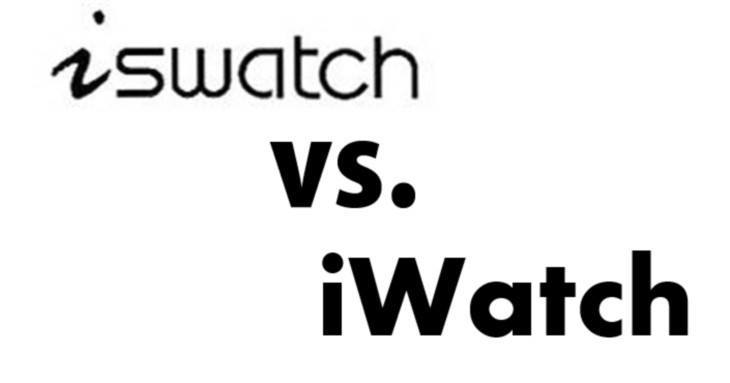 Swatch Group, one of the largest companies in the watch world, is defending its “iSwatch” trademark in anticipation of an iWatch from Apple – one of the most valuable companies in the world. Going on the offense and filing disputes to defend the iSwatch mark may be the correct course of action for Swatch if Apple does indeed choose to name their very likely upcoming smartwatch product “iWatch.”

The situation is seemingly simple. The Swatch Group, which owns the watch brand Swatch has been using the iSwatch name for several years as related to a product collection. Swatch anticipates that Apple will release a product called “iWatch” in the near future and is using legal means to defend the iSwatch name claiming that the term iWatch would be confusingly similar to iWatch in certain parts of the world such as the United States. Nevertheless, the situation becomes much more complex as there are many countries to take into consideration, and of course the differences between the literal phrase “iSwatch” and the figurative logo thereof. 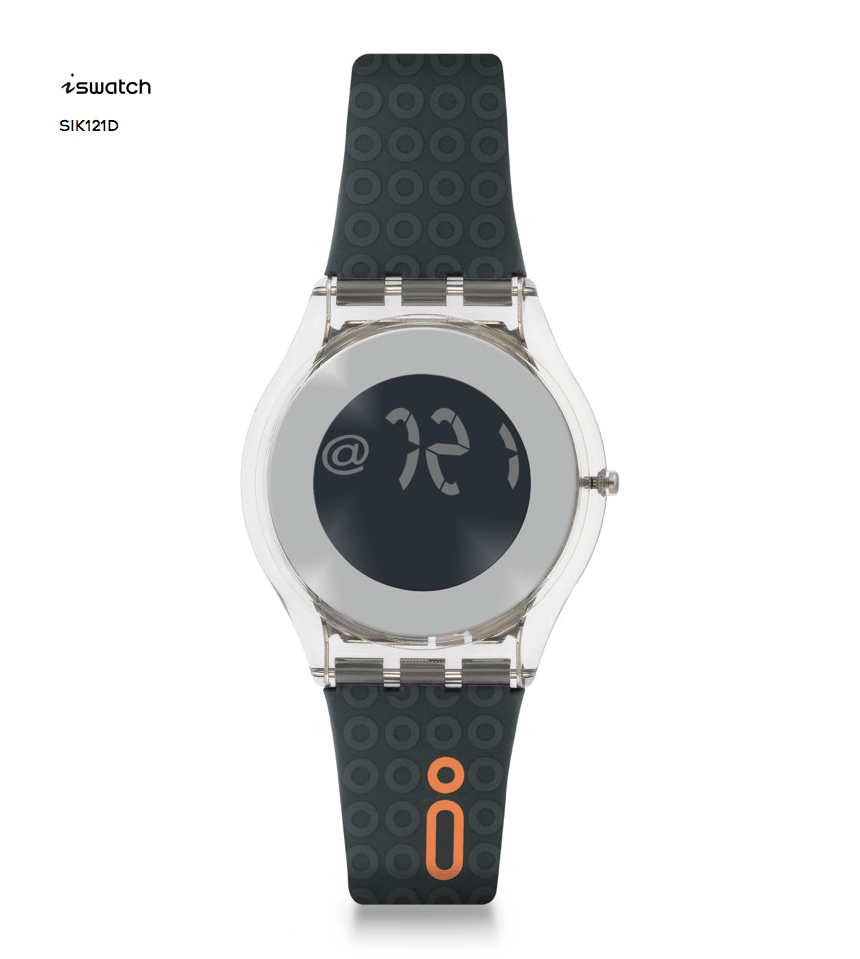 Swatch has used the iSwatch mark, both in 2012 and 2013. We reviewed the Swatch Touch back in March 2012, which Swatch lists on their site as a part of the iSwatch 2012 collection. This establishes Swatch’s prior use of the mark, which may help them defend it.

According to reports at Macrumors and Watson.ch here’s how we suspect that it’s Apple filing the new iWatch trademark registrations.

Swatch’s trademark is as a word and figurative mark. One of the things that will have to be settled is, is iWatch confusingly similar to iSwatch especially in a wrist-worn timepiece context? Another matter that complicates things is that the company which registers first gets can claim priority brand protection. Swatch registered in as early as 2008 in some countries, but hadn’t registered in others until 2013, potentially giving Apple the upper hand in a dispute. 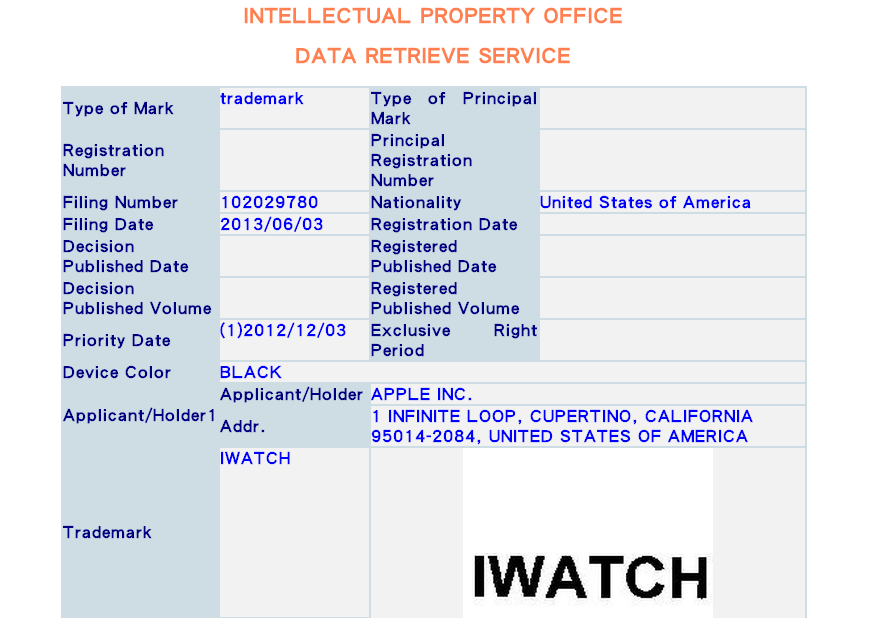 What has Apple done historically? They’ve renamed product, settled, or licensed trademarks, including: 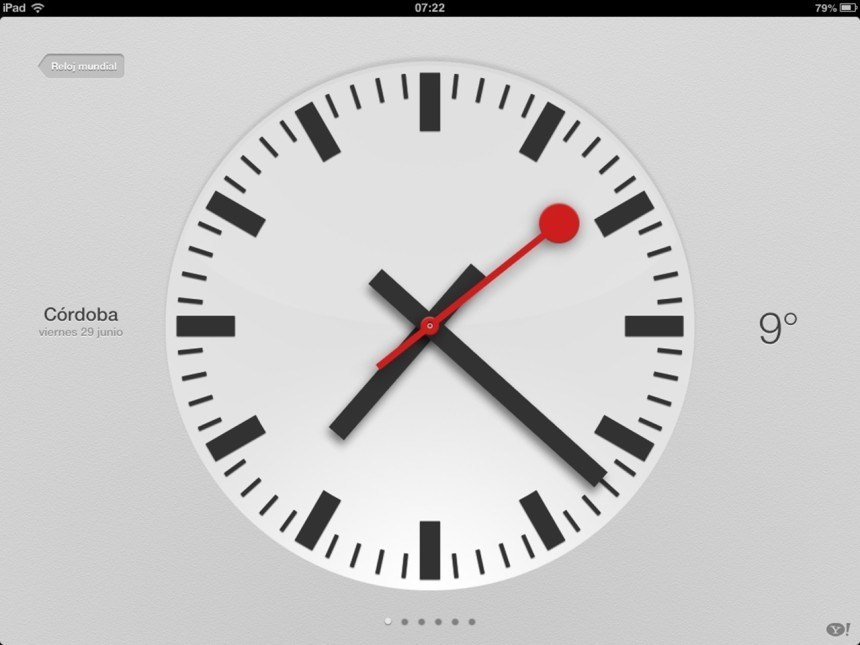 We expect Apple and Swatch are going to either fight and defend this dispute from country to country, or settle and come to an agreement (which is the most likely outcome). The country-by-country nature of it is illustrated in the fact that Monaco, for example, approved the Brightflash registration on April 1st of this year, but Iceland provisionally refused it stating that the iWatch brand being registered is confusingly similar to Swatch’s trademark. Without a settlement agreement, this sort of thing could drag out: Countries have 18 months to respond to a request, and it’s possible to appeal deadlines as well.

In truth the “i-anything” mark is sort of weak in the scope of trademark protection and much of what will come will be as a result of negotiations between various rights holders and interested parties. While it seems very likely that Apple will release a smartwatch product in the near future it isn’t necessarily the case that it will be called the “iWatch,” especially with all the hype around the term. Then again, with all the hype maybe Apple needs to use the iWatch name. Whatever happens between Swatch and Apple is yet to be seen.